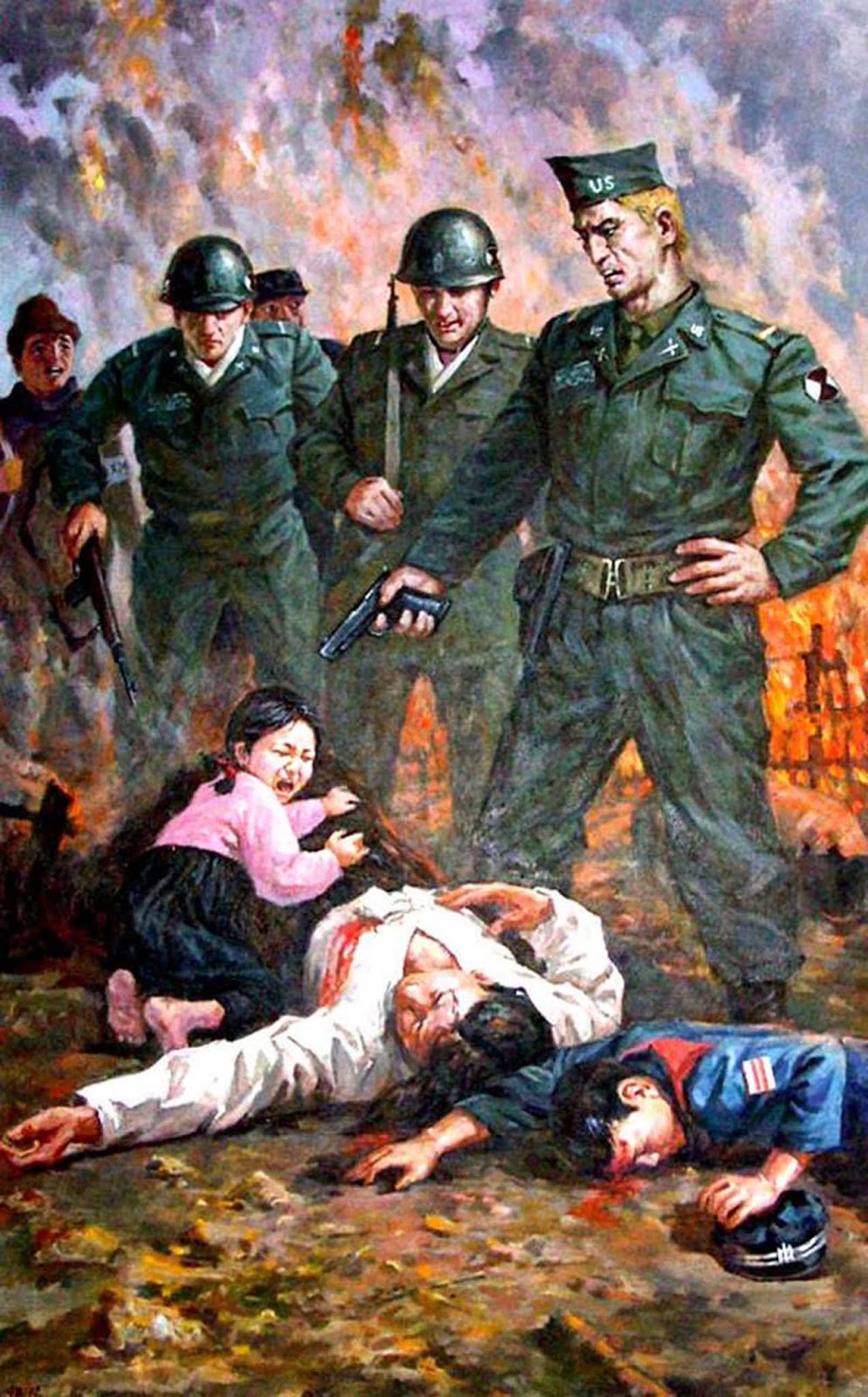 American troops are depicted as a bunch of savages.

These propaganda paintings show how North Korea views America and by association the West. They depict the alleged mass murder of Sinchon civilians between October and December 1950. The regime claims that around 35,000 people were brutally tortured and killed by US forces during that time. Nightmarish pictures show troops pulling out teeth, carving open skulls, and burning people alive.

After North Korea invaded its southern counterpart in 1950, the US dropped approximately 635,000 tons of explosives on North Korea, including 32,000 tons of napalm, during Korean War. Though North Korean aggression spurred this retaliation, the nation’s then-leader Kim Il-sung quickly realized that fear of this barrage of American firepower had quickly become a major factor in his citizen’s lives.

Rather than allowing this fear to paralyze his populace, Kim decided to use it as a propaganda tool against the United States and to support his regime. His government concocted a vision of the Americans as bloodthirsty murderers hellbent on carrying out the genocide of the North Korean people.

The fear of this enemy propped up Kim as the only person capable of defending against this existential threat and quashed dissent against him from within his ranks. It also made the people less likely to cooperate with or surrender to American forces.

In 1953 when North Korean forces were driven back across the 38th Parallel back into their country, and American forces largely withdrew from the peninsula, Kim continued to use this image of the US to create fear in his populace that he could take advantage of. After the war, North Korea continued to portray the US as itching to re-engage in the conflict to maintain the regime’s power.

To extend and exacerbate this fear, the North Korean government created the Sinchon Museum of American War Atrocities to commemorate a claimed massacre of North Korean citizens by American troops.

Though there is no evidence to support their assertion of American war crimes in the area, the North Korean propaganda in the museum depicts Americans torturing and killing thousands of Korean civilians. In this article, we’ve collected some images that show how the United States is portrayed in anti-American North Korean propaganda. 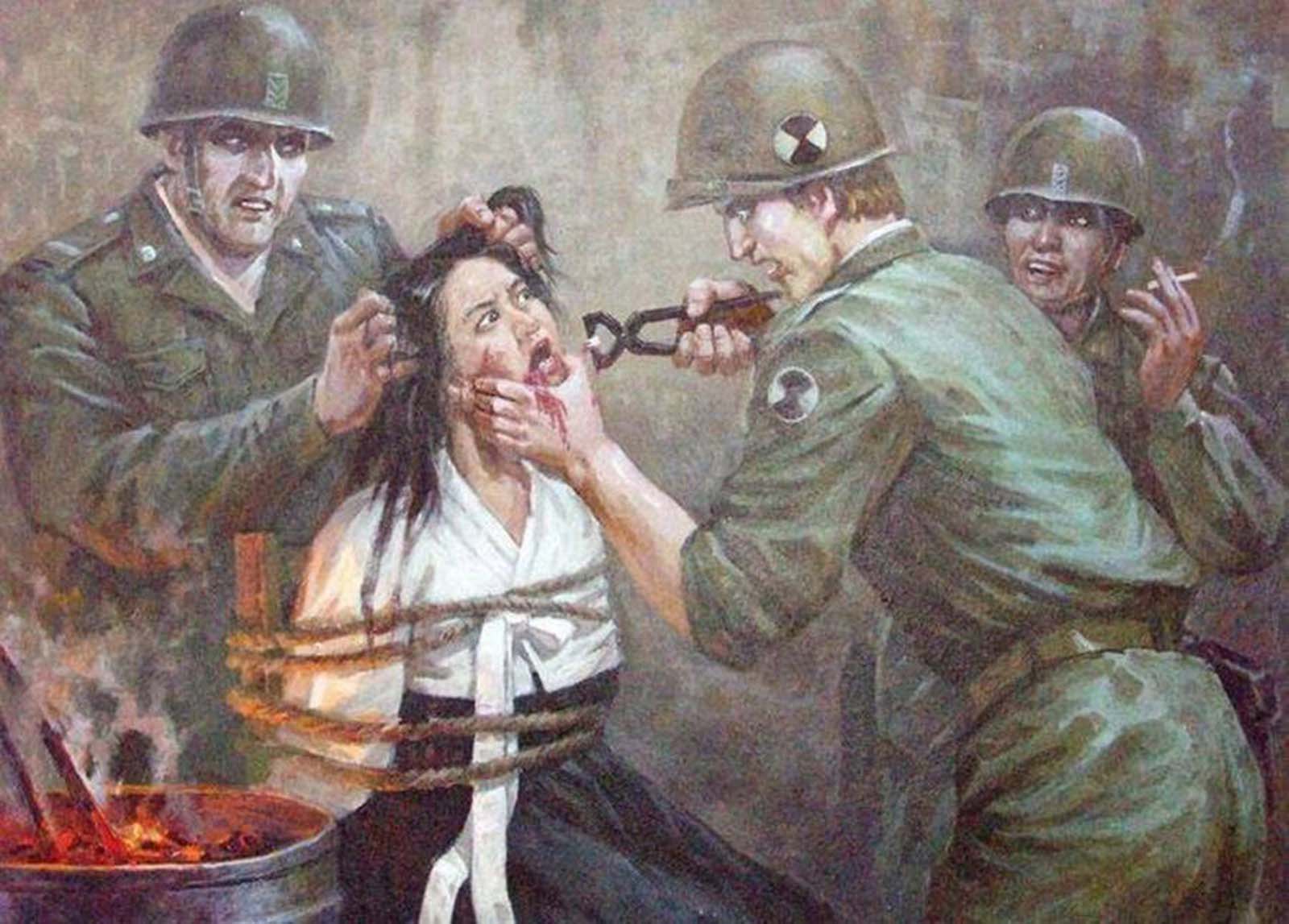 One soldier yanks the teeth from a Korean woman. 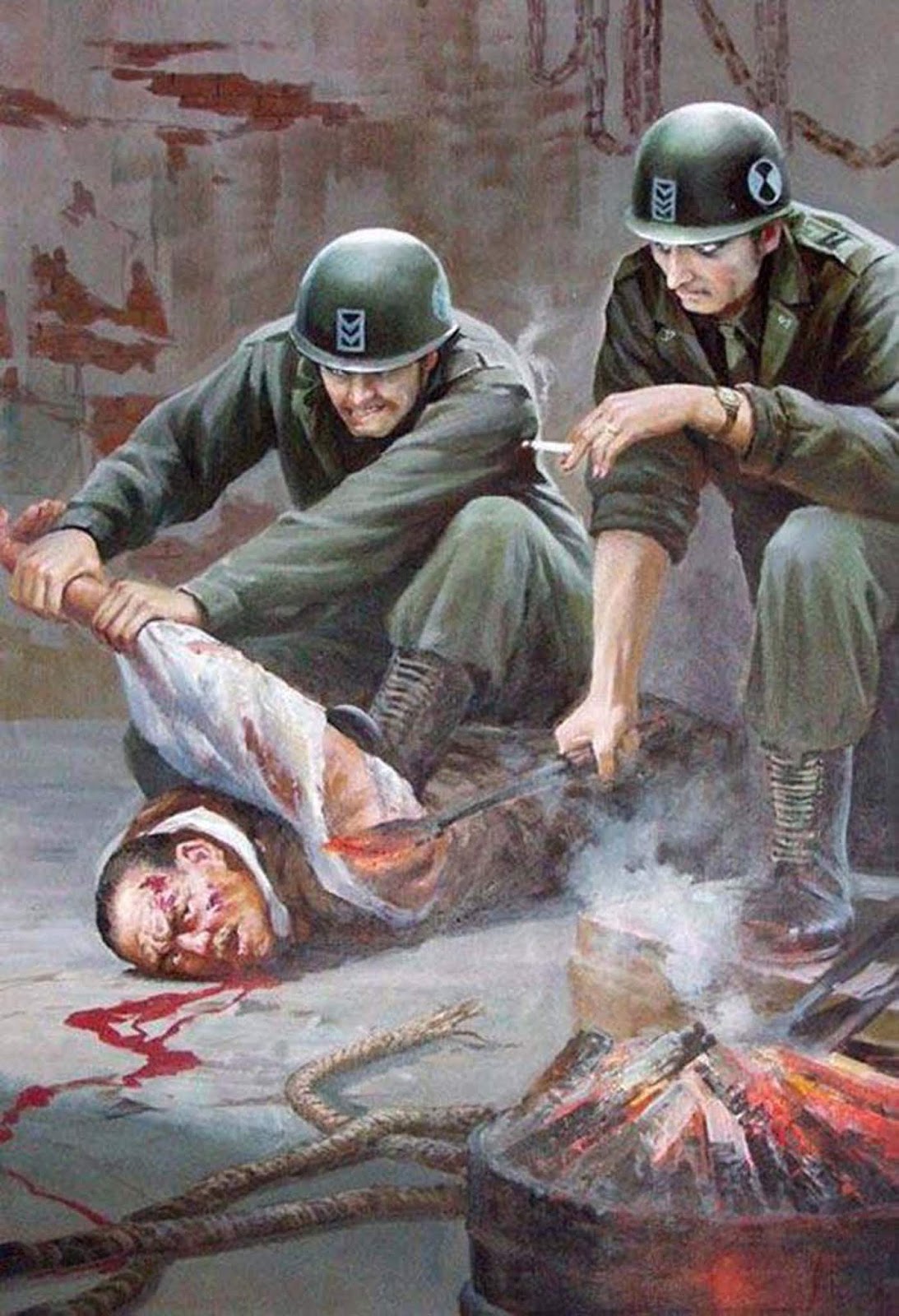 One painting shows a soldier burning the armpit of a man. 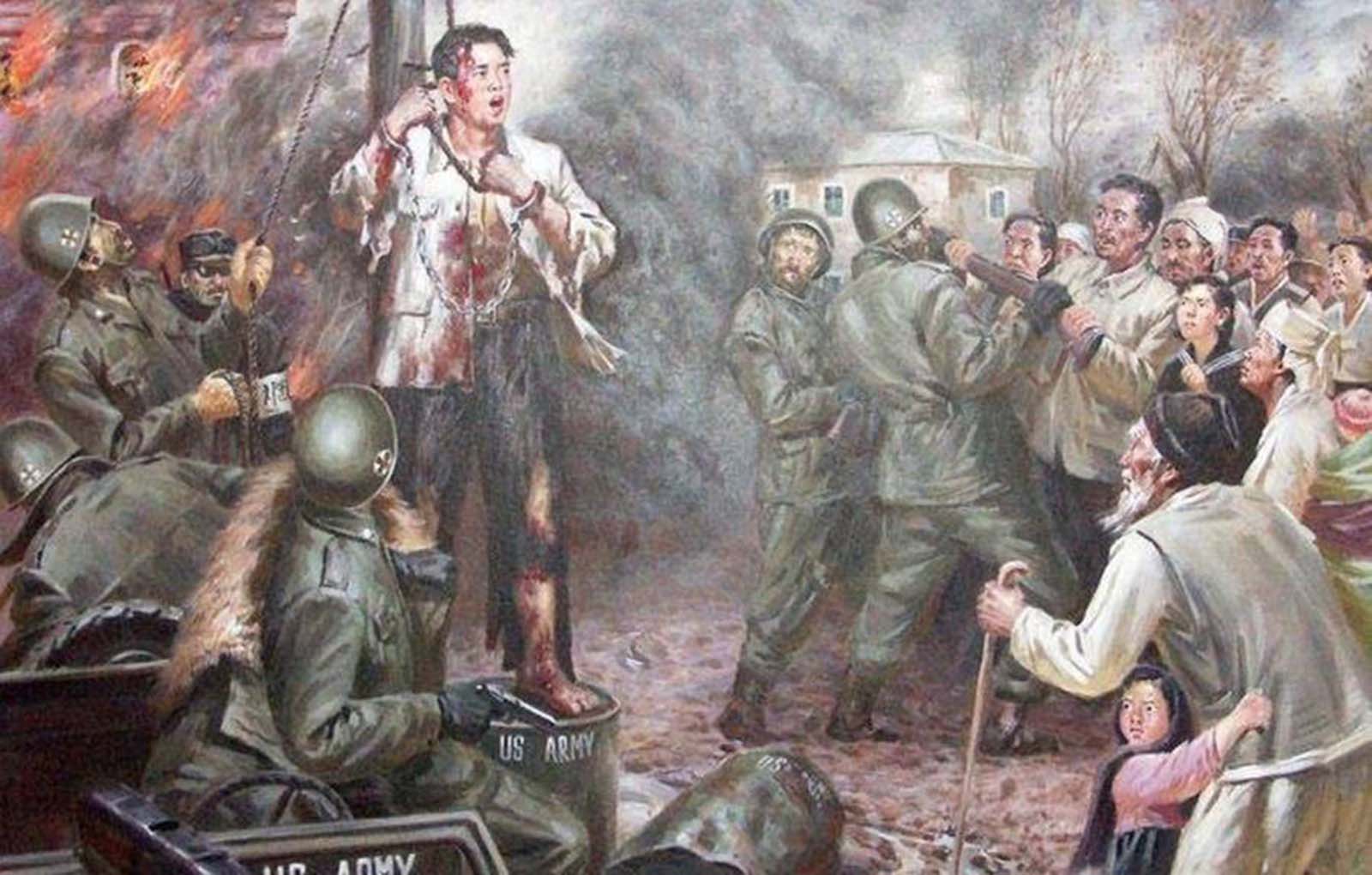 The crimes allegedly took place in the 1950s. 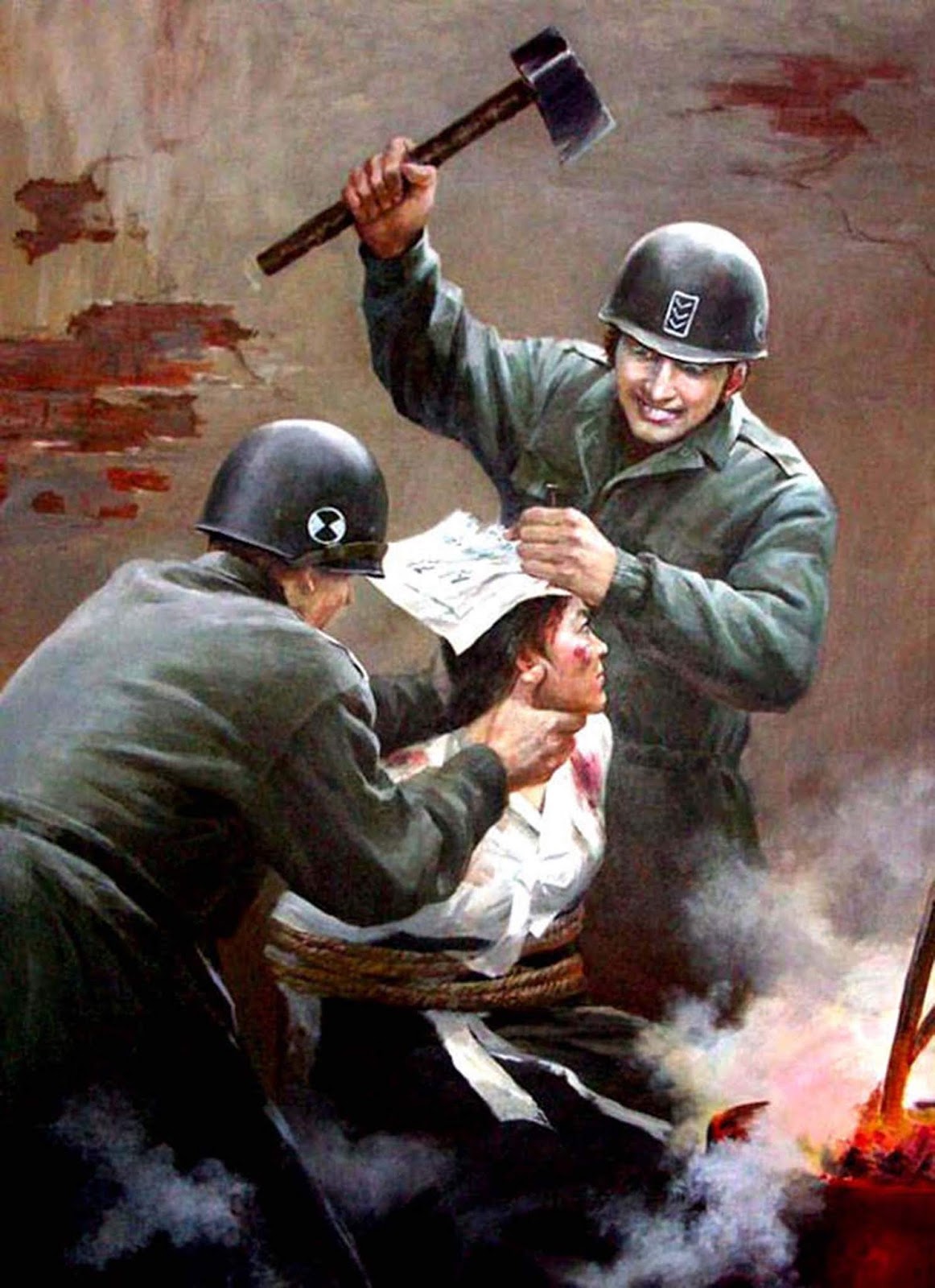 Some show the alleged torture methods used by Americans. 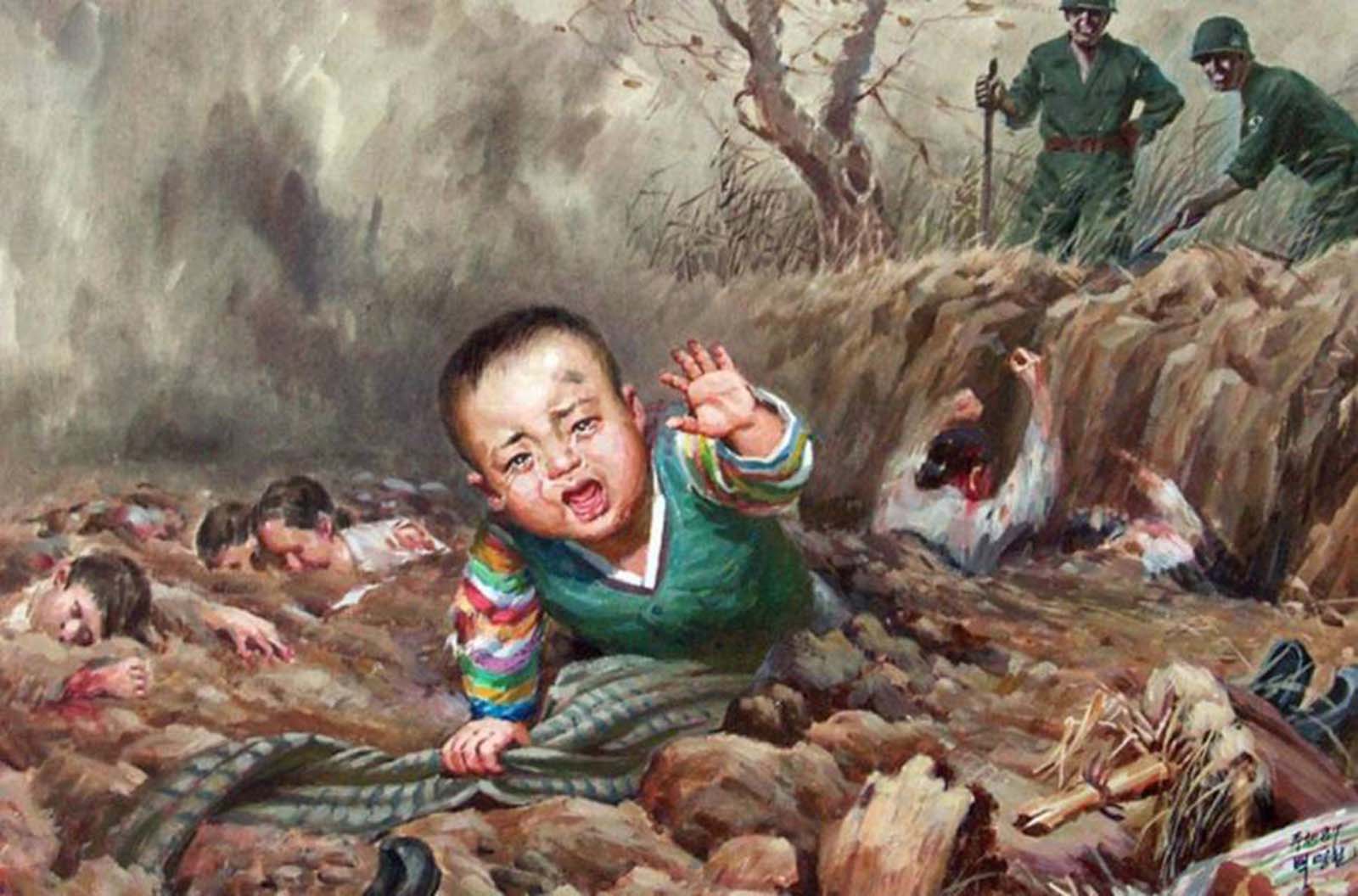 The horrifying pictures show children crying for their parents. 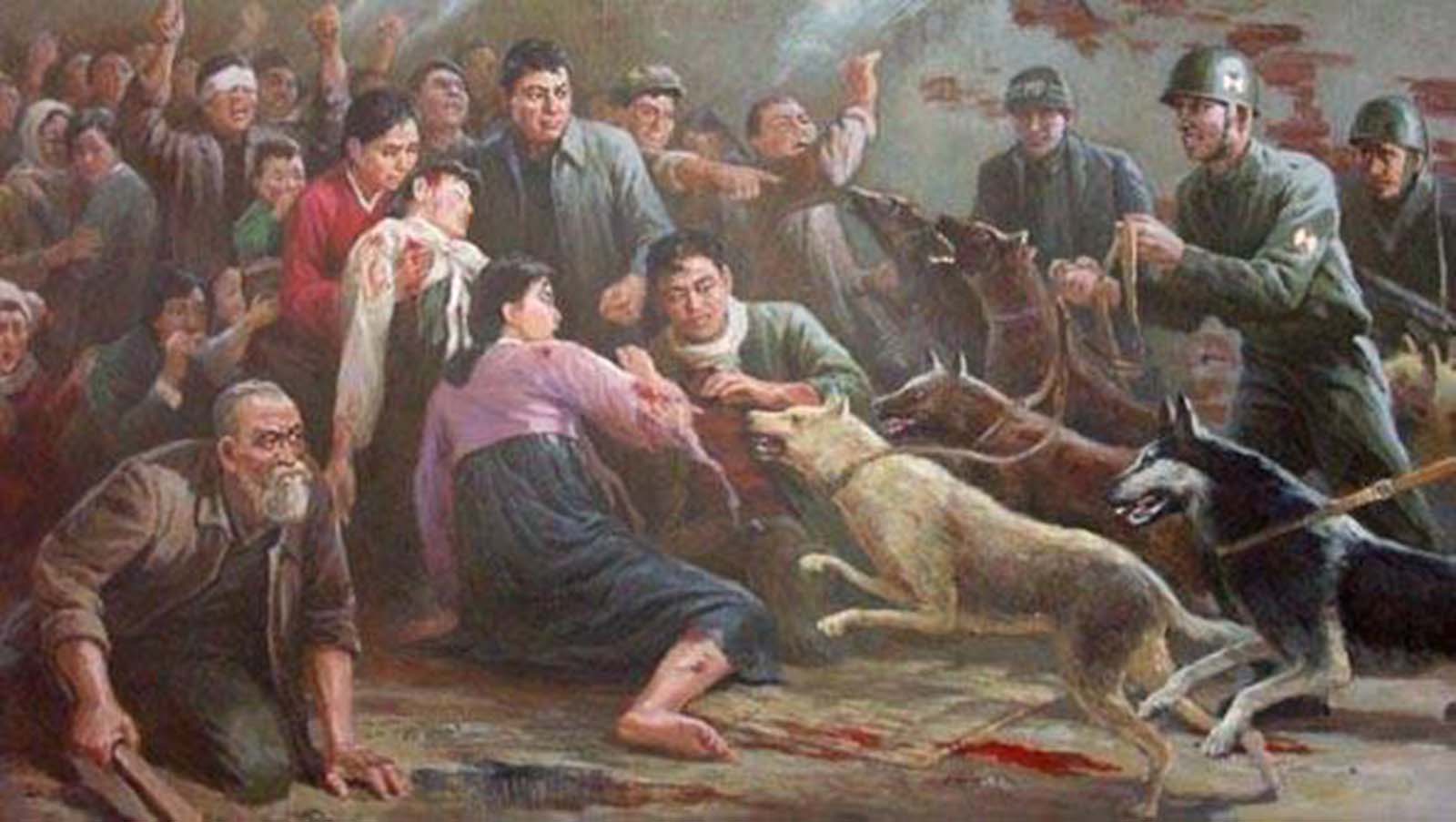 American soldiers set a pack of dogs on civilians. 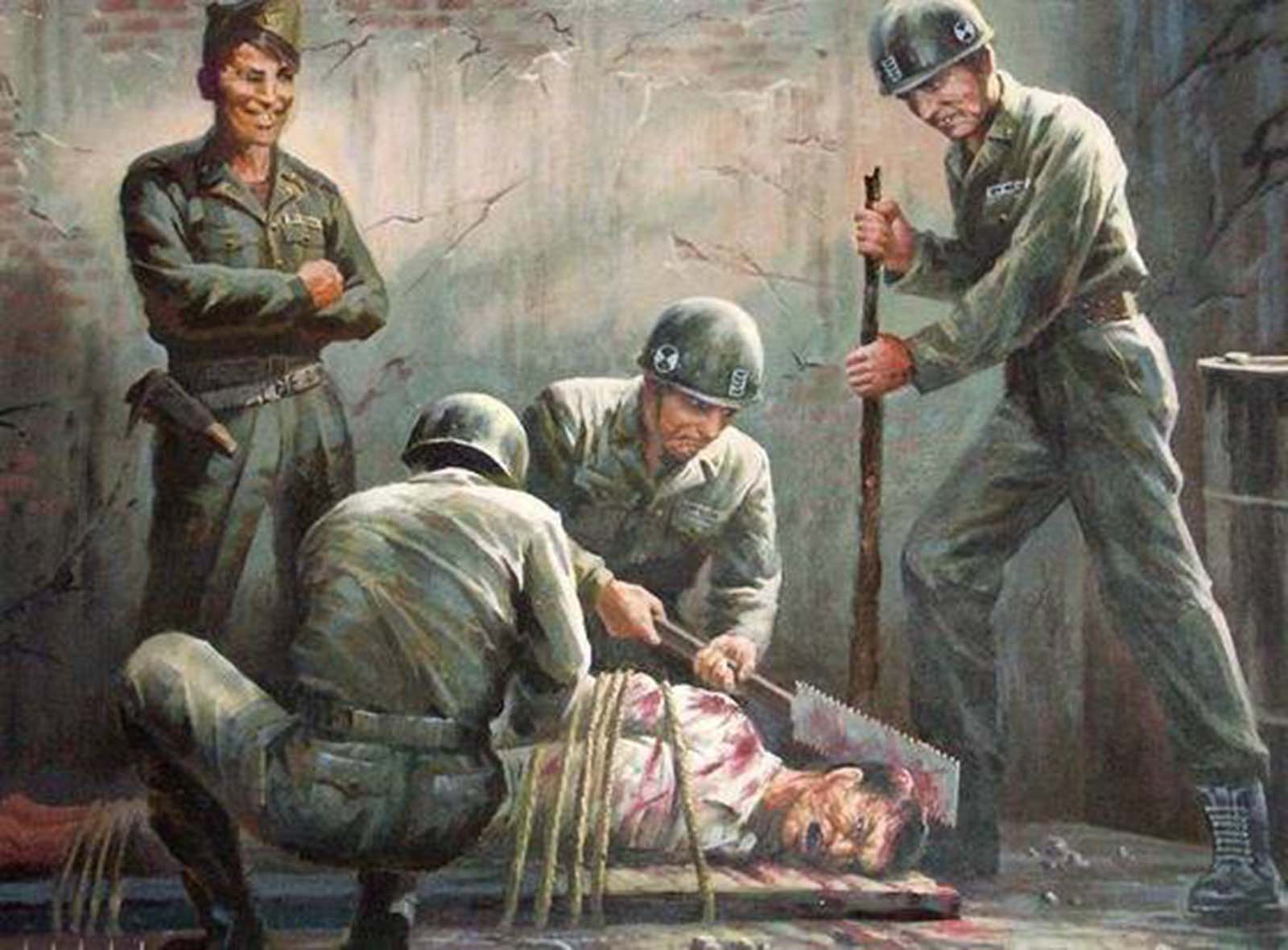 A gruesome propaganda painting produced by North Korea which depicts the alleged crimes American soldiers carried out on Koreans during the Korean War. 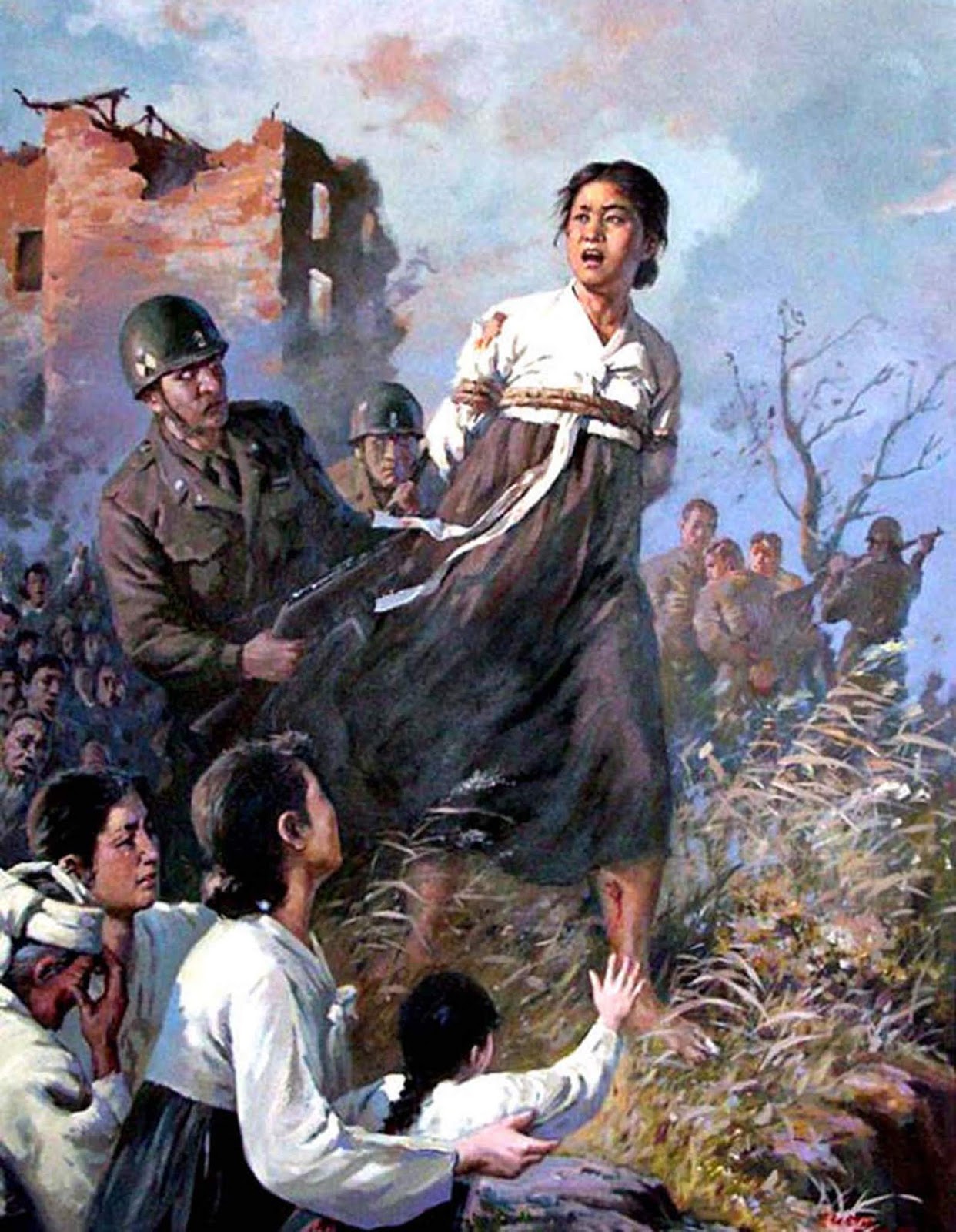 US soldiers burn Koreans at the stake. 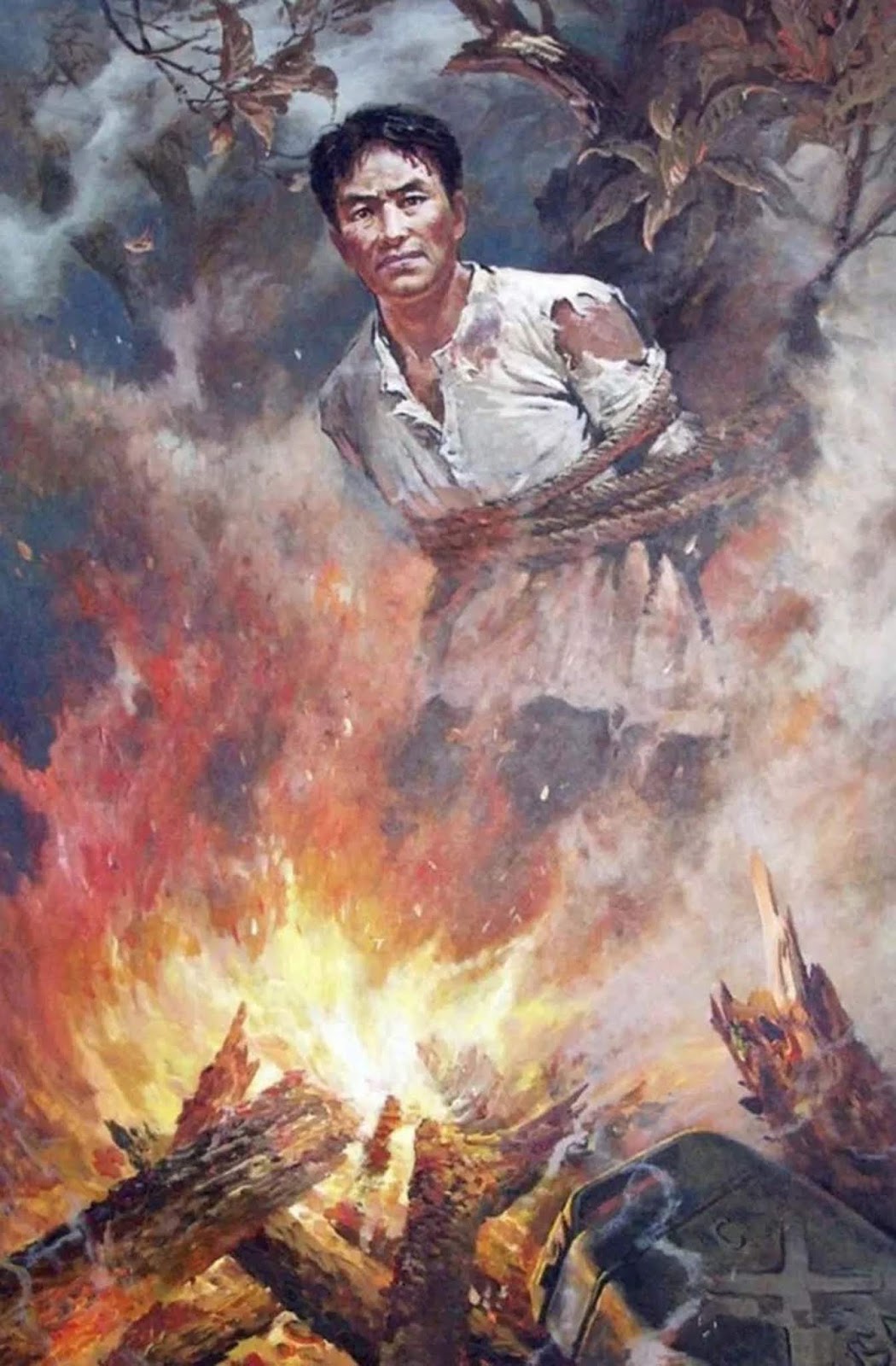 A body is pictured tied to an animal forced to march through the street. 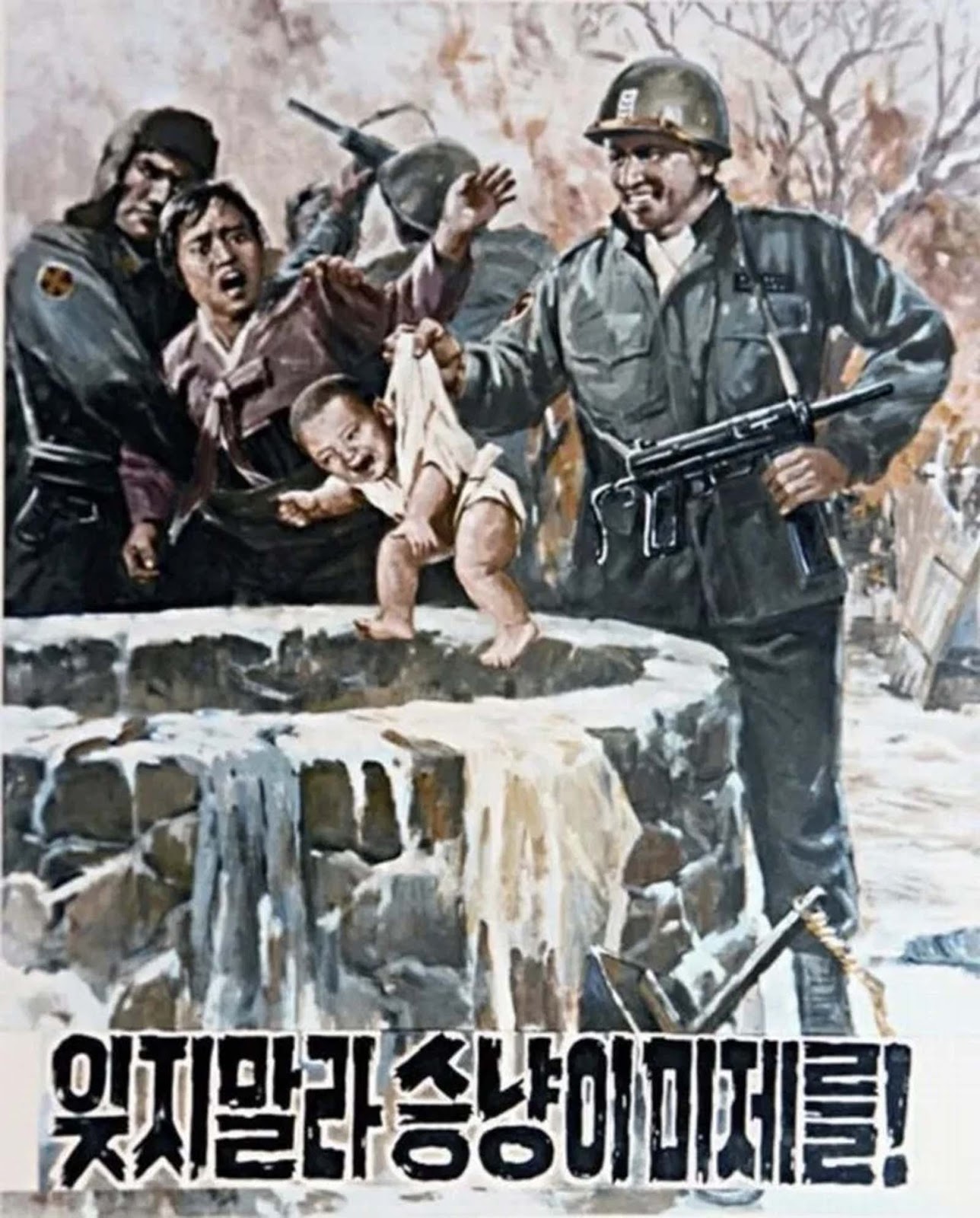 A baby is pictured dangling over a well. 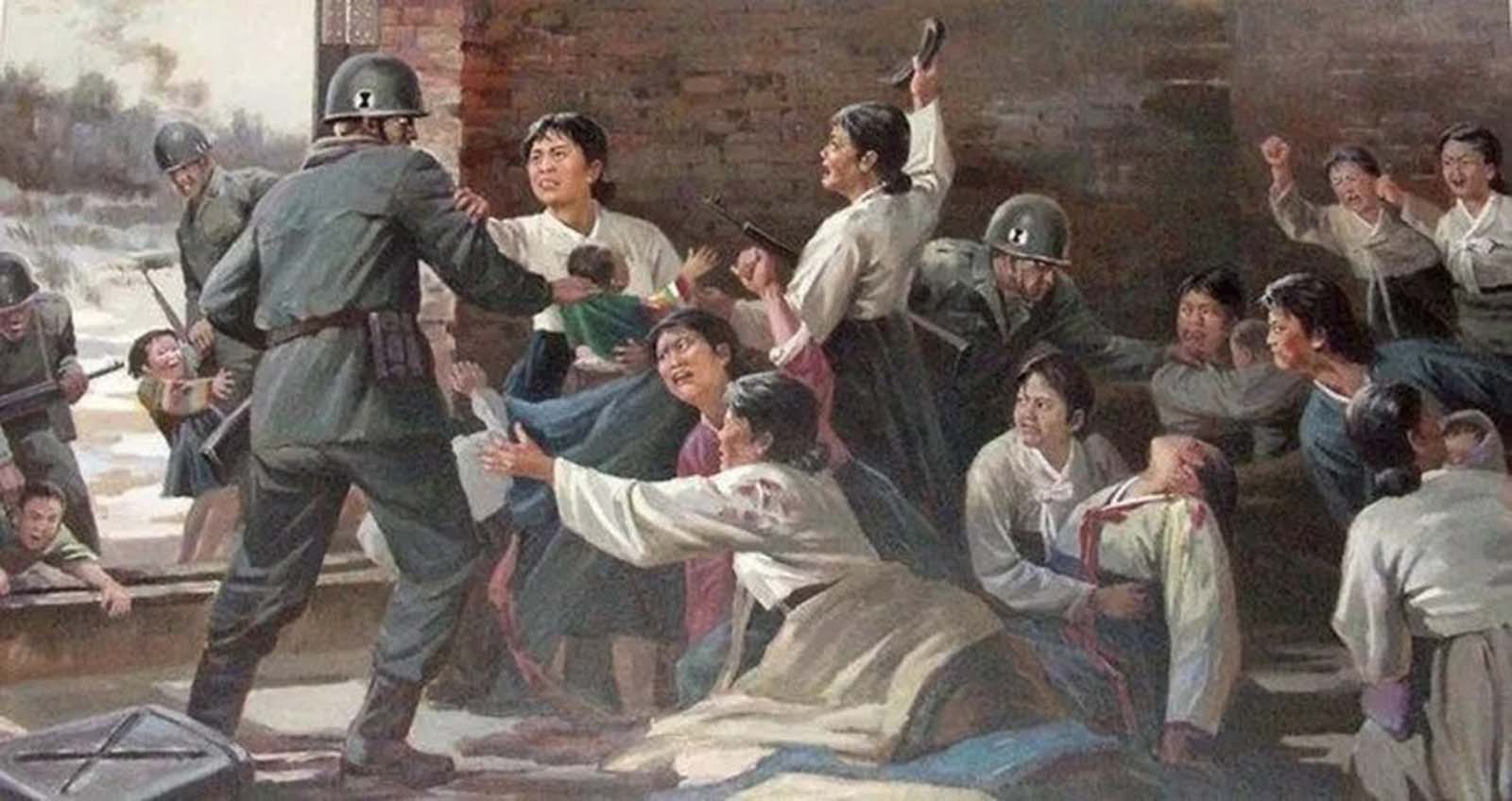 Mothers fight off US soldiers as they snatch their babies. 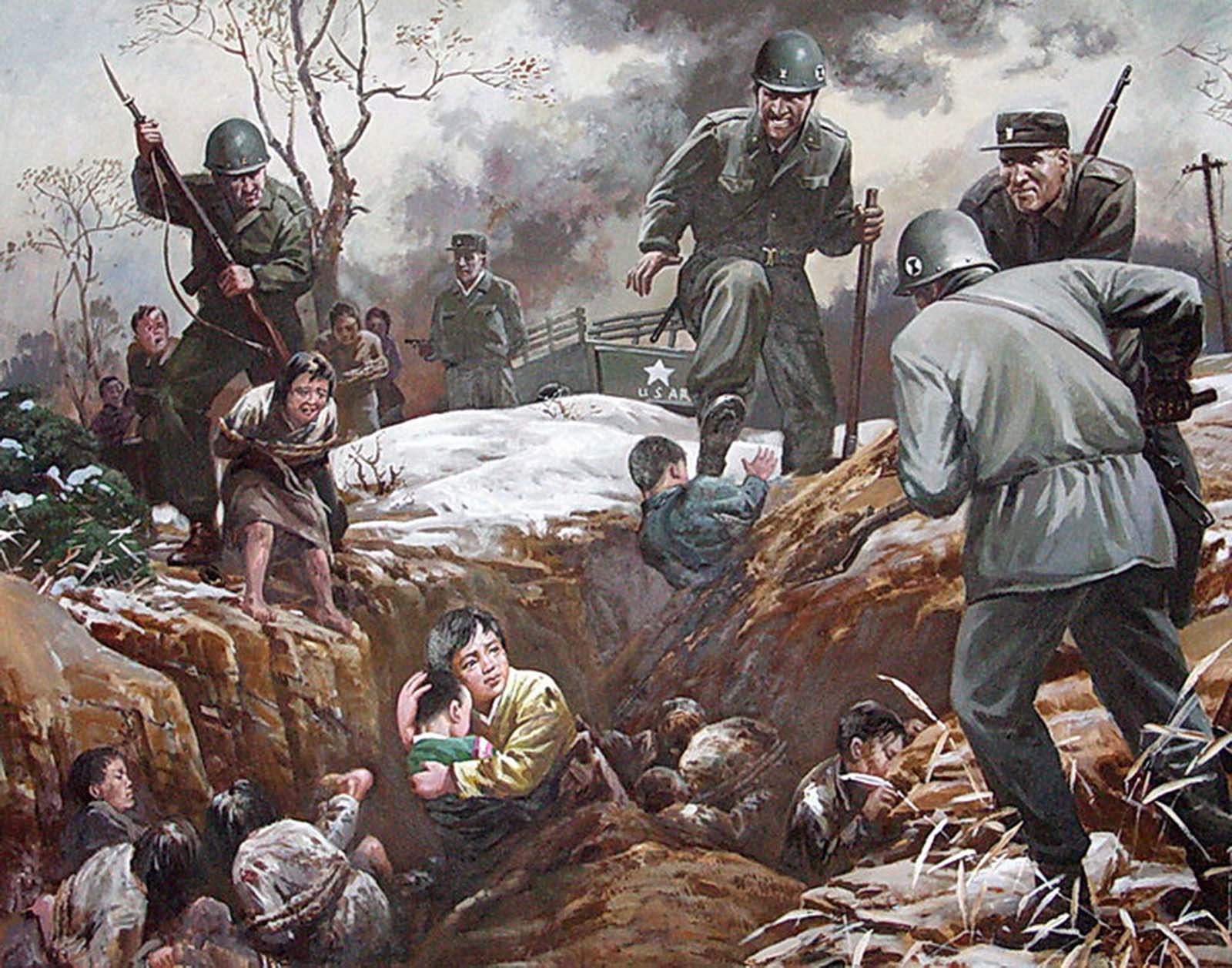 North Koreans are seen being forced into a pit. 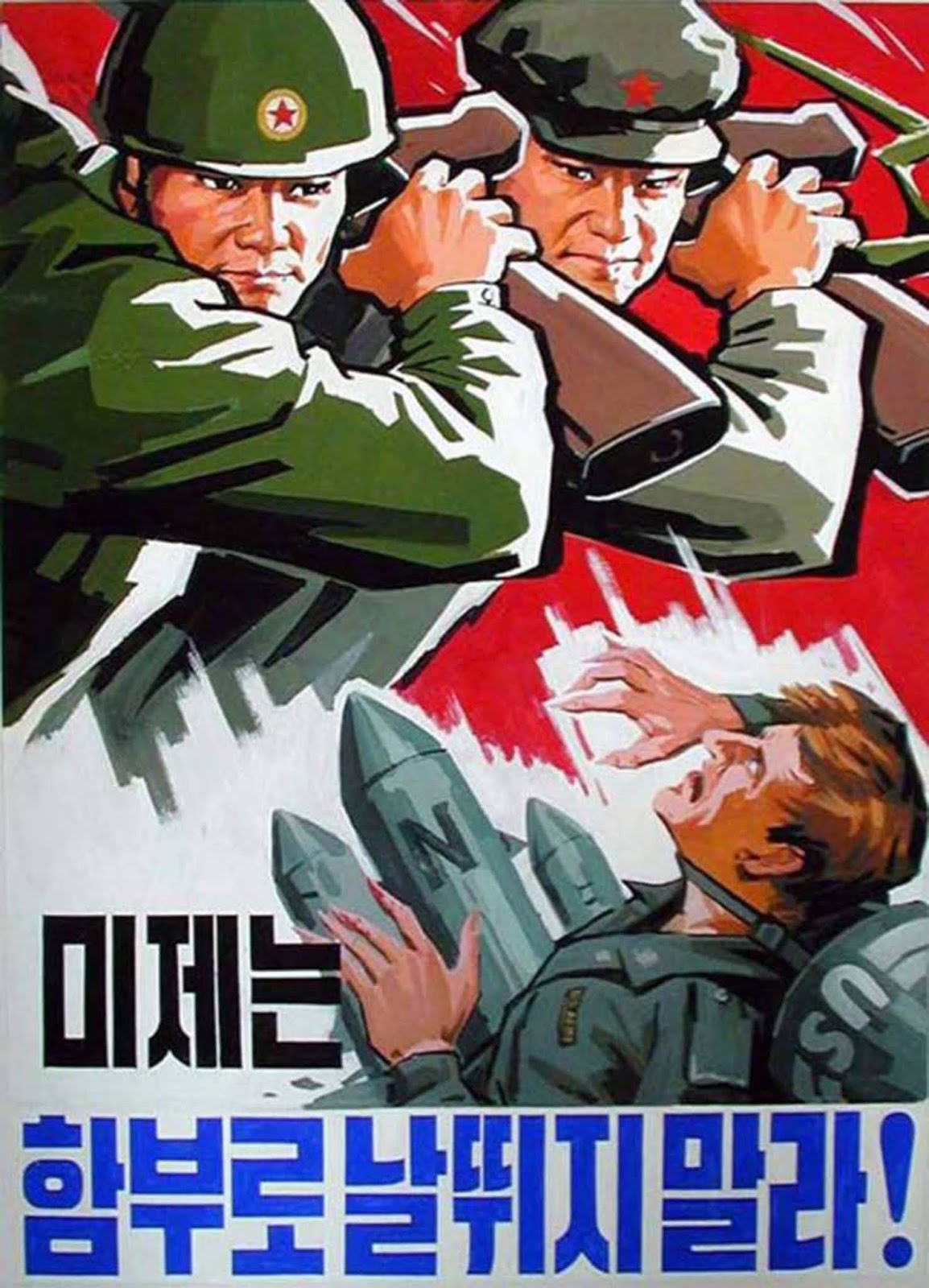 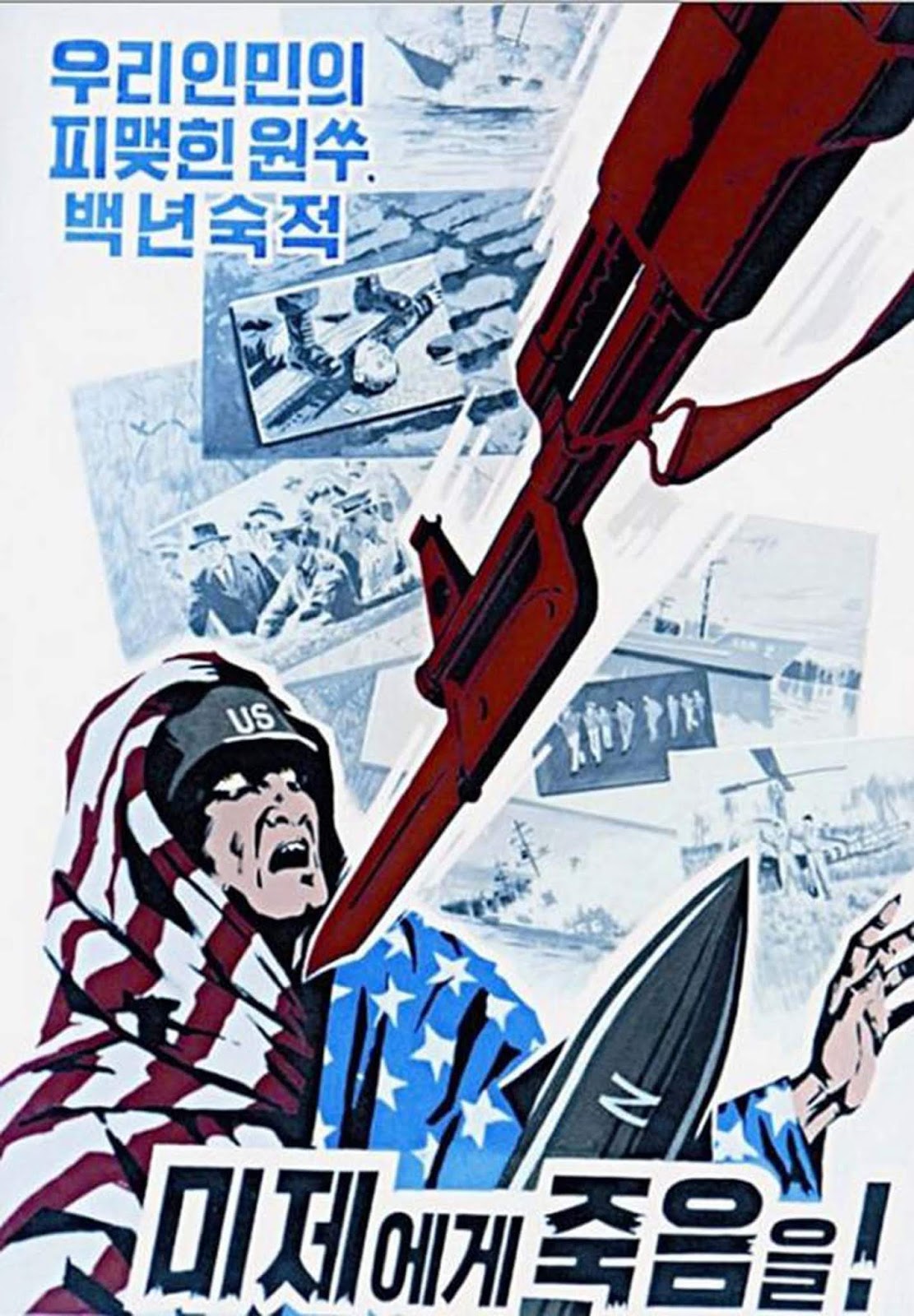 “Death to US imperialists, our sworn enemy!” 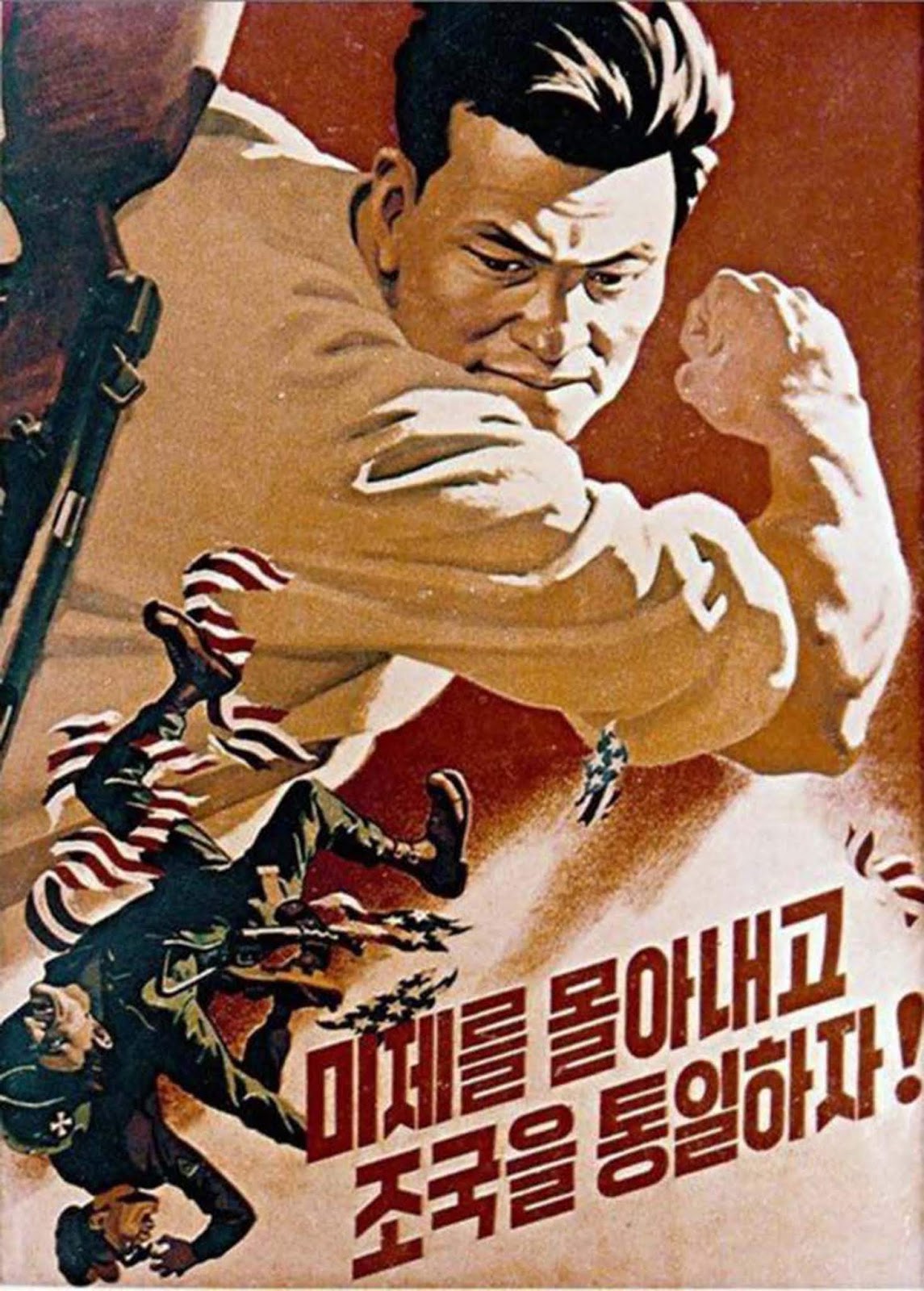 “Kick out the Americans and unite the Fatherland!” 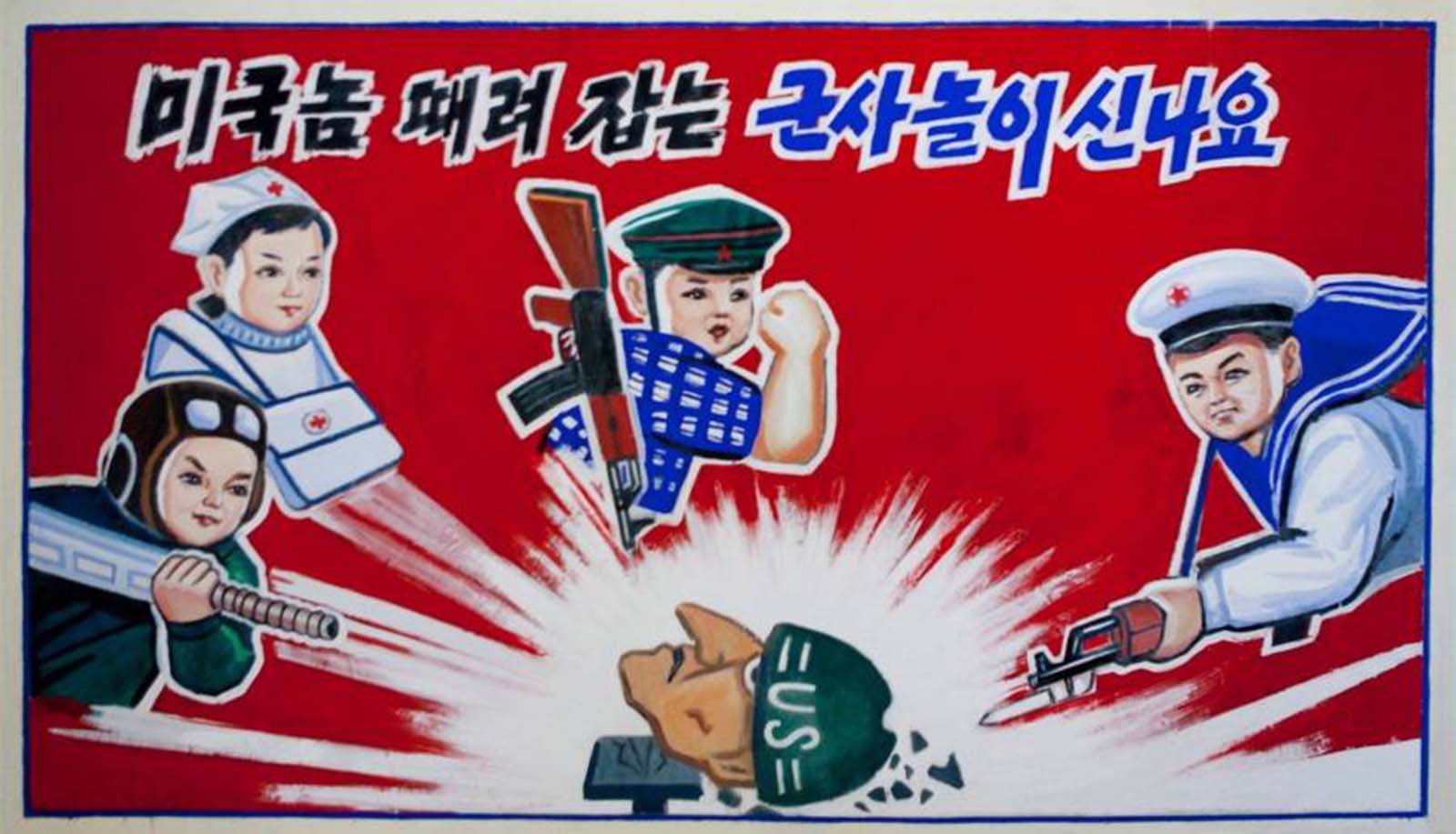 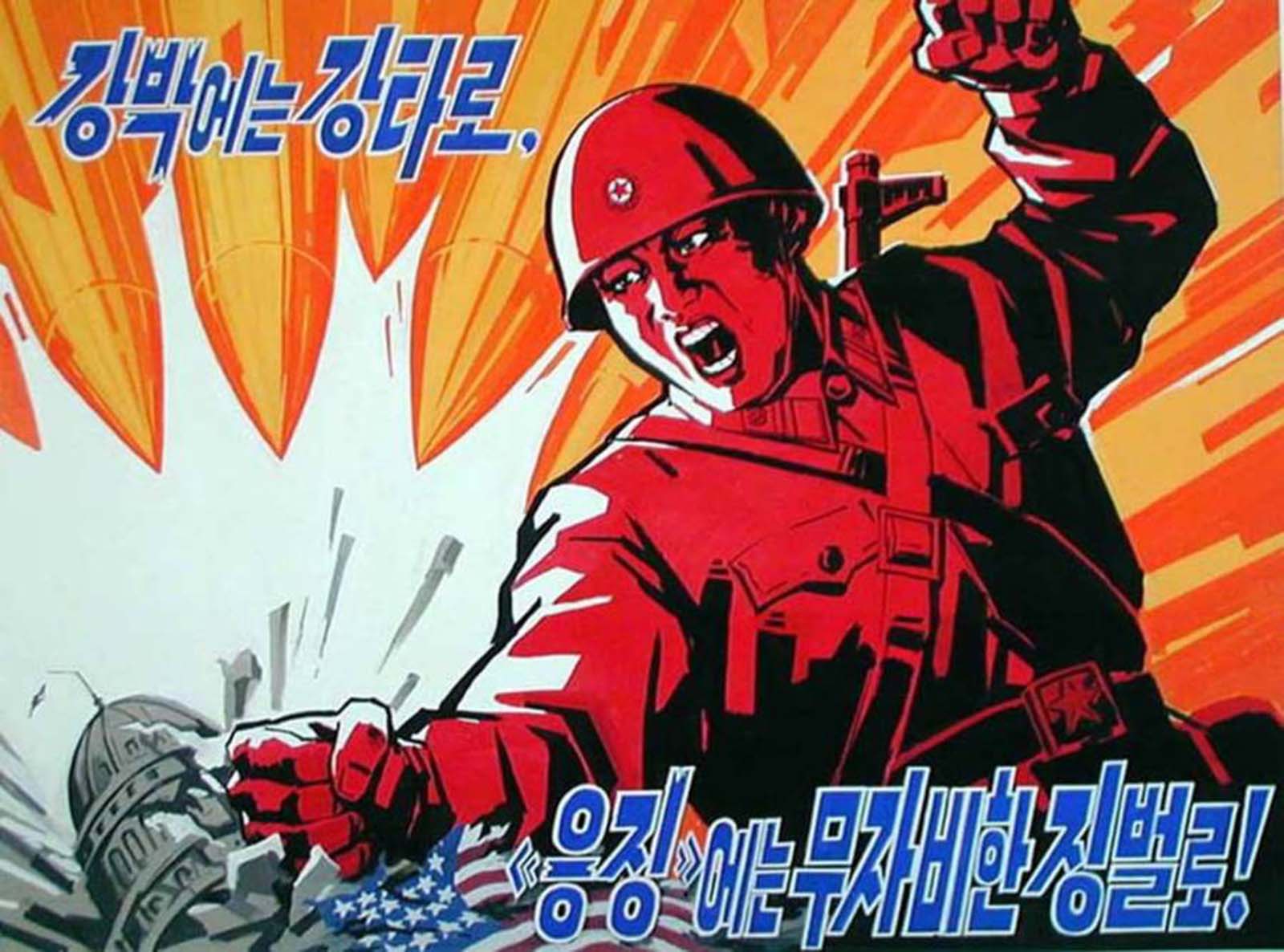 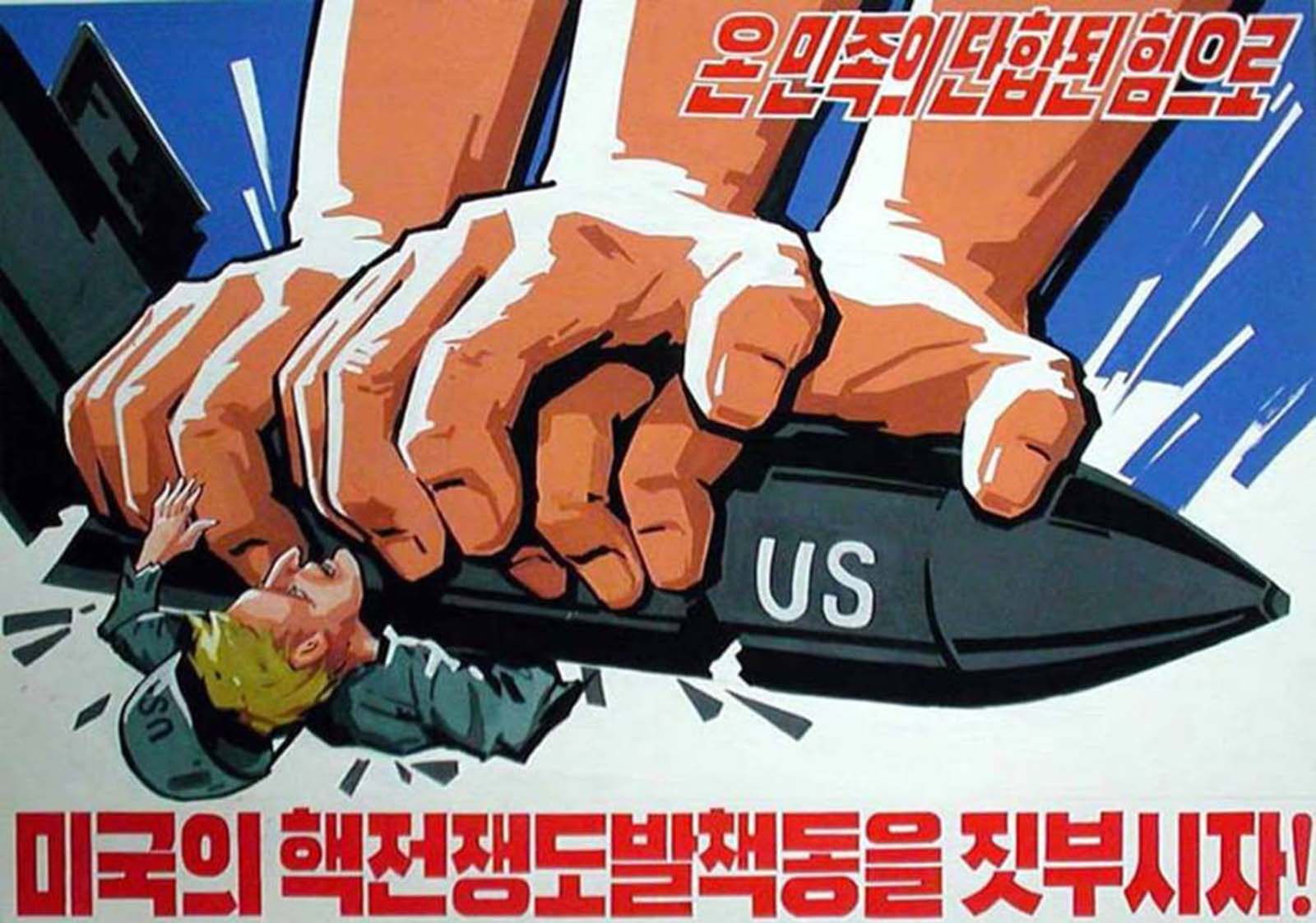 “Let’s crush the US nuclear war scheme with our whole nation’s unified power.” 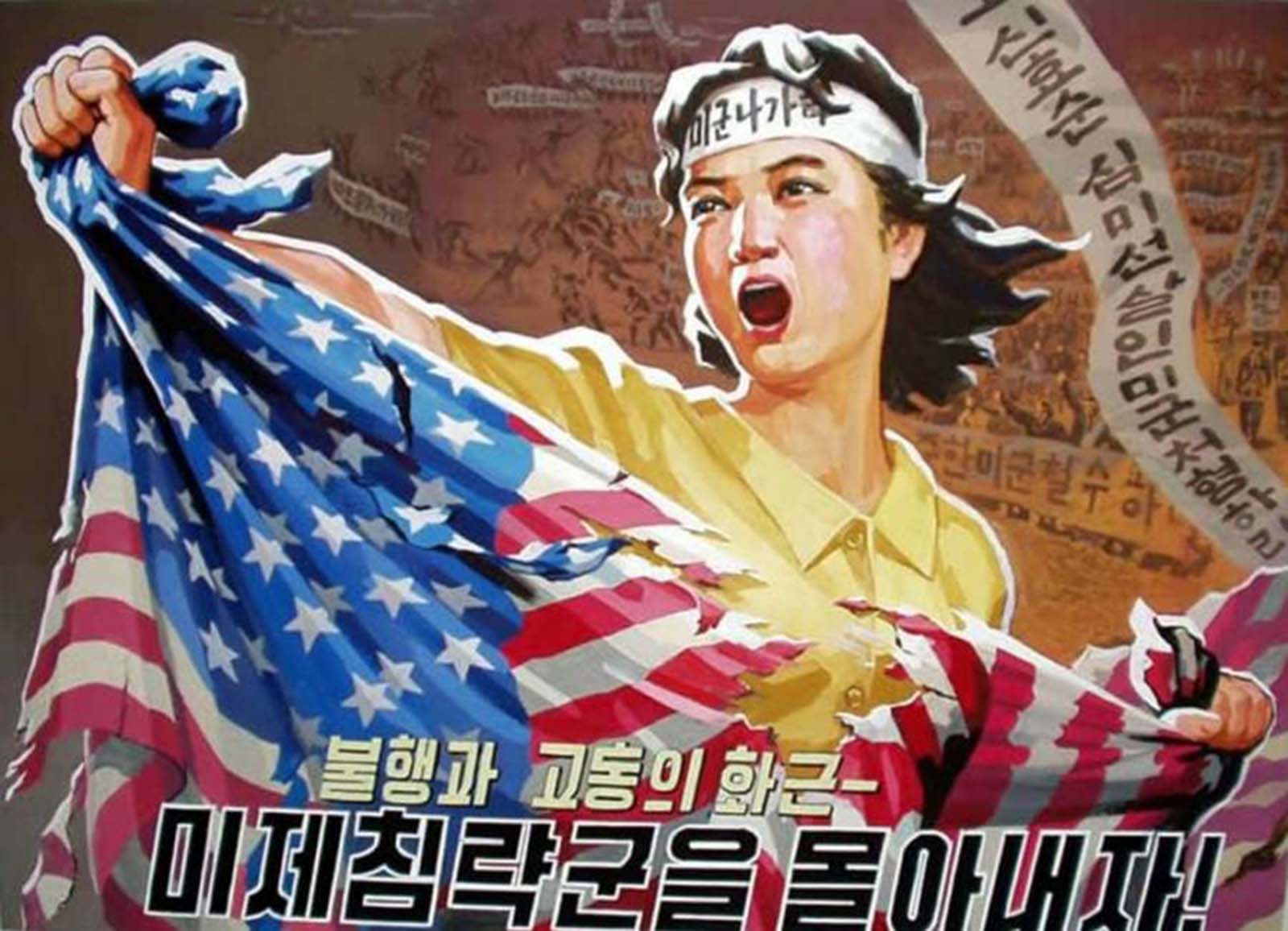 “Repel the American invader.” Headband: “US military out!”.