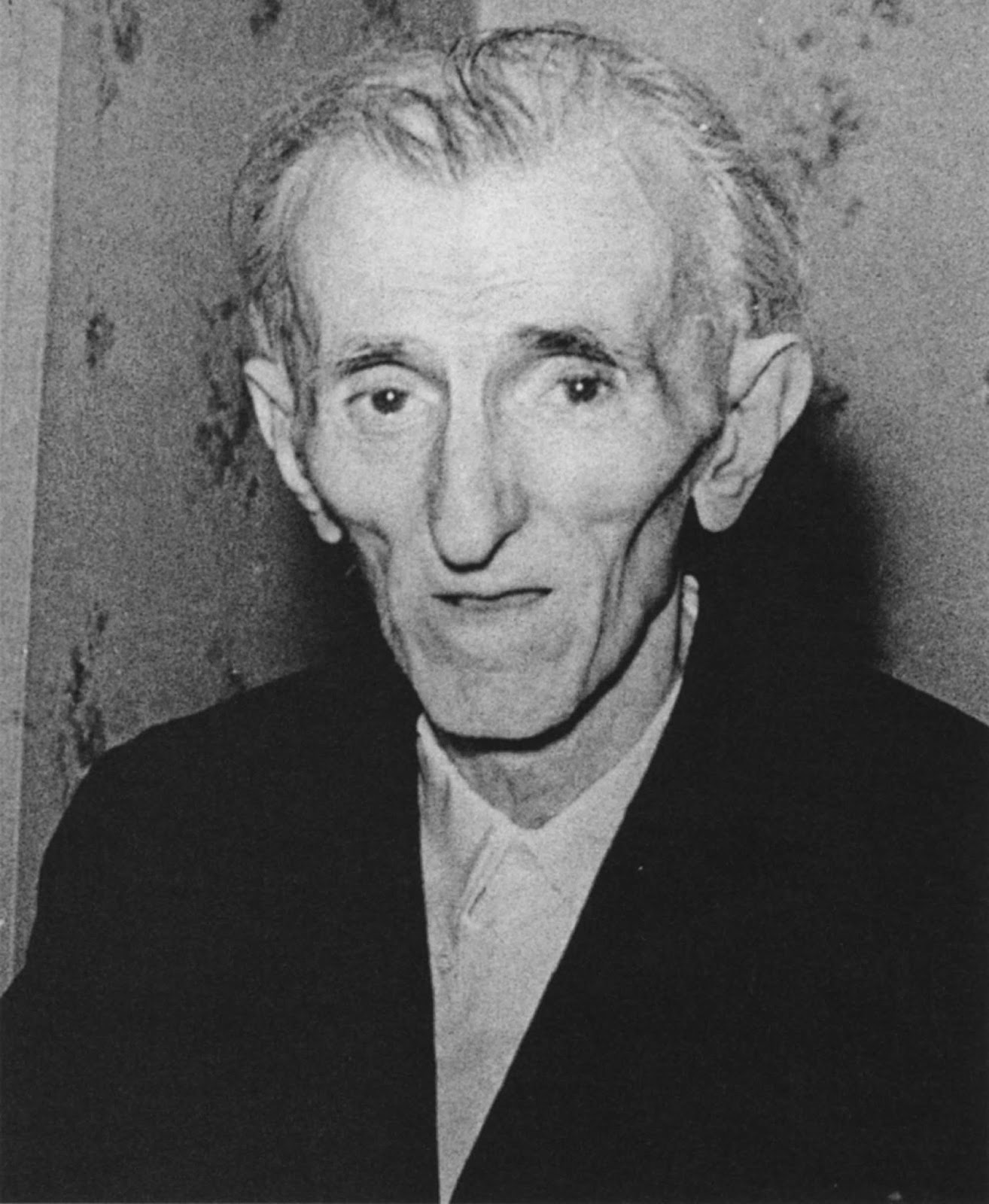 According to “Tesla – Master of Lightning” this is the last photograph taken of Tesla before his death.

By the end of his brilliant and tortured life, the famous physicist, engineer, and inventor Nikola Tesla was penniless and living in a small New York City hotel room.

He had become a vegetarian at that point in his life and lived on only milk, bread, honey, and vegetable juices. Tesla spent days in a park surrounded by the creatures that mattered most to him—pigeons—and his sleepless nights working over mathematical equations and scientific problems in his head.

On 7 January 1943, at the age of 86, Tesla died alone in Room 3327 of the New Yorker Hotel. His body was later found by maid Alice Monaghan after she had entered Tesla’s room, ignoring the “do not disturb” sign that Tesla had placed on his door two days earlier.

Assistant medical examiner H.W. Wembly examined the body and ruled that the cause of death had been coronary thrombosis.

Tesla’s remains were taken to the Frank E. Campbell Funeral Home at Madison Ave. and 81st St. A long-time friend and supporter of Tesla, Hugo Gernsback, commissioned a sculptor to create a death mask, now displayed in the Nikola Tesla Museum.

Two days later the FBI ordered the Alien Property Custodian to seize Tesla’s belongings, even though Tesla was an American citizen.

Tesla’s entire estate from the Hotel New Yorker and other New York City hotels was transported to the Manhattan Storage and Warehouse Company under the Office of Alien Property (OAP) seal.

John G. Trump, a professor at M.I.T. and a well-known electrical engineer serving as a technical aide to the National Defense Research Committee, was called in to analyze the Tesla items in OAP custody.

After a three-day investigation, Trump’s report concluded that there was nothing which would constitute a hazard in unfriendly hands, stating: “[Tesla’s] thoughts and efforts during at least the past 15 years were primarily of a speculative, philosophical, and somewhat promotional character often concerned with the production and wireless transmission of power; but did not include new, sound, workable principles or methods for realizing such results”.

On 10 January 1943 New York City mayor Fiorello La Guardia read a eulogy written by Slovene-American author Louis Adamic live over the WNYC radio while violin pieces “Ave Maria” and “Tamo daleko” were played in the background. On 12 January, two thousand people attended a state funeral for Tesla at the Cathedral of Saint John the Divine.

After the funeral, Tesla’s body was taken to the Ferncliff Cemetery in Ardsley, New York, where it was later cremated. The following day, a second service was conducted by prominent priests in the Trinity Chapel in New York City.