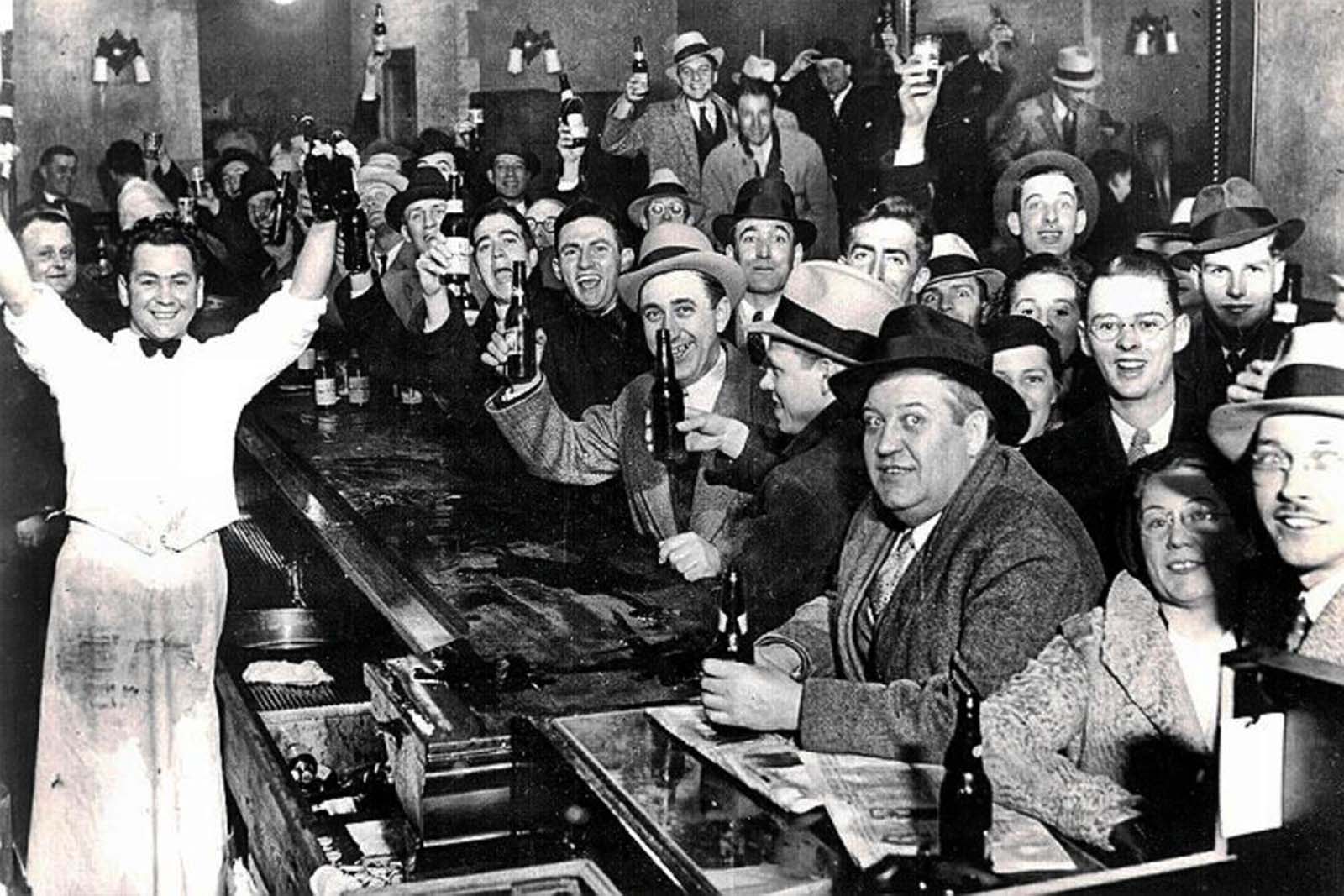 Originally intended to prevent crime and drunkenness, it soon became clear that Prohibition did just the opposite, as illegal speakeasies became prevalent and bootlegging essentially led to the establishment of organized crime in the United States.

Ironically, America’s thirst for alcohol increased during Prohibition, and organized crime rose up to replace formerly legal methods of production and distribution.

Passed by Congress in 1917 and ratified by 1919, the 18th Amendment to the Constitution prohibited the manufacture or sale of alcohol within the United States. Enforcement of prohibition proved extraordinarily difficult as organized crime and smuggling rings grew and home-brewing became increasingly popular.

In 1933, the 18th amendment was repealed amid much celebration. Repealing the 18th Amendment had been a central policy of President Roosevelt’s campaign, who suggested reintroducing alcohol as a way to raise taxes during a time of economic hardship.

An estimated 10,000 people died of alcohol poisoning during prohibition from bootleg whiskey, tainted gins, and a federal government program that added poison to alcohol to frighten folks from imbibing (according to The Poisoner’s Handbook: Murder and the Birth of Forensic Medicine in Jazz Age New York).

The “Roaring Twenties” and the Prohibition era are often associated with unchecked use and abuse of alcohol, yet the statistics tell a different tale. According to a study conducted by M.I.T. and Boston University economists in the early 1990s, alcohol consumption actually fell by as much as 70 percent during the early years of the “noble experiment”.

Even after the repeal of Prohibition, some states maintained a ban on alcohol within their own borders. Kansas and Oklahoma remained dry until 1948 and 1959, respectively, and Mississippi remained alcohol-free until 1966—a full 33 years after the passage of the 21st Amendment. To this day, 10 states still contain counties where alcohol sales are prohibited outright.

Why are they with booze in their hands? A lot of places were secret bars with hatches that would drop the hidden whiskey into an underground corridor. They most likely had the booze in wait when it ended. As for the other places, they most likely heard that the law was going to end soon of days, so they had plenty of time to prepare.