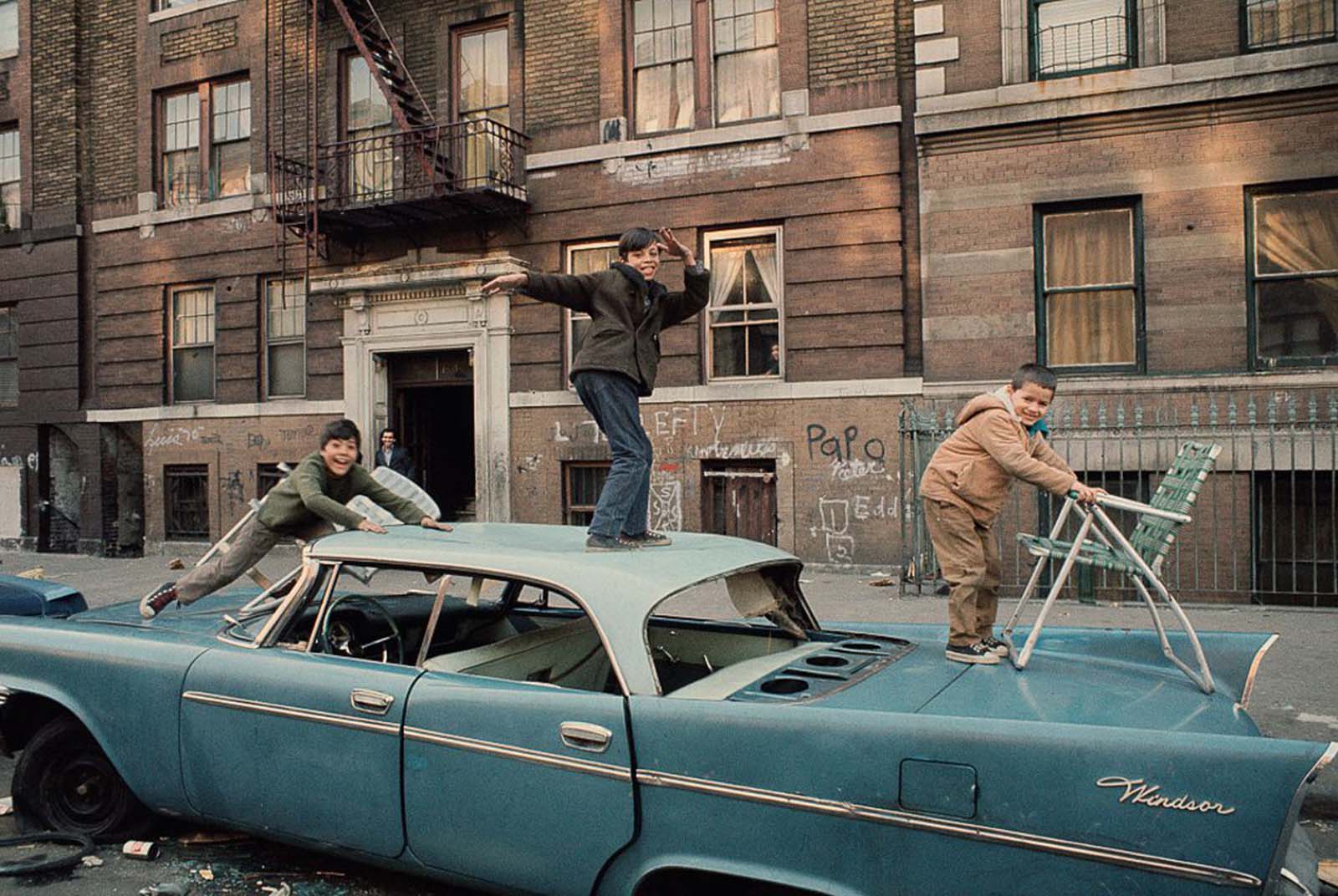 In the 1970s, New York City was a broken, ungovernable metropolis barreling into anarchy. New Yorkers remember this decade as the bleakest, most crime-ridden, and most uncertain time the city has ever faced. It was a time of economic, criminal, and cultural shifts occurring at once that changed the city’s prospects.

These street photographs taken by Camilo José Vergara, document the gritty neighborhoods of the South Bronx and Lower East Side during a period of economic stagnation, poverty, and urban decay.

When Vergara first picked up a camera in the early 1970s, he focused on the people who lived in the physically ruined neighborhoods. He later said “the images of the physical communities in which people live often better reveal the choices made by residents and city officials over the long haul.”

Over time, Vergara developed a method of photographing neighborhoods in a straightforward, dispassionate manner, and rephotographing them over the years to track their transformations.

The New York City of the 1970s was practically bankrupt and hemorrhaging population. Subway trains were covered in graffiti, inside and out. Crime was rampant. Women were warned to remove jewelry while walking the streets for fear that their necklaces would be ripped from their necks.

Vast areas of the Bronx and Upper Manhattan were torched. Prostitutes and pimps frequented Times Square, while Central Park became feared as the site of muggings and rapes. Homeless persons and drug dealers occupied boarded-up and abandoned buildings. 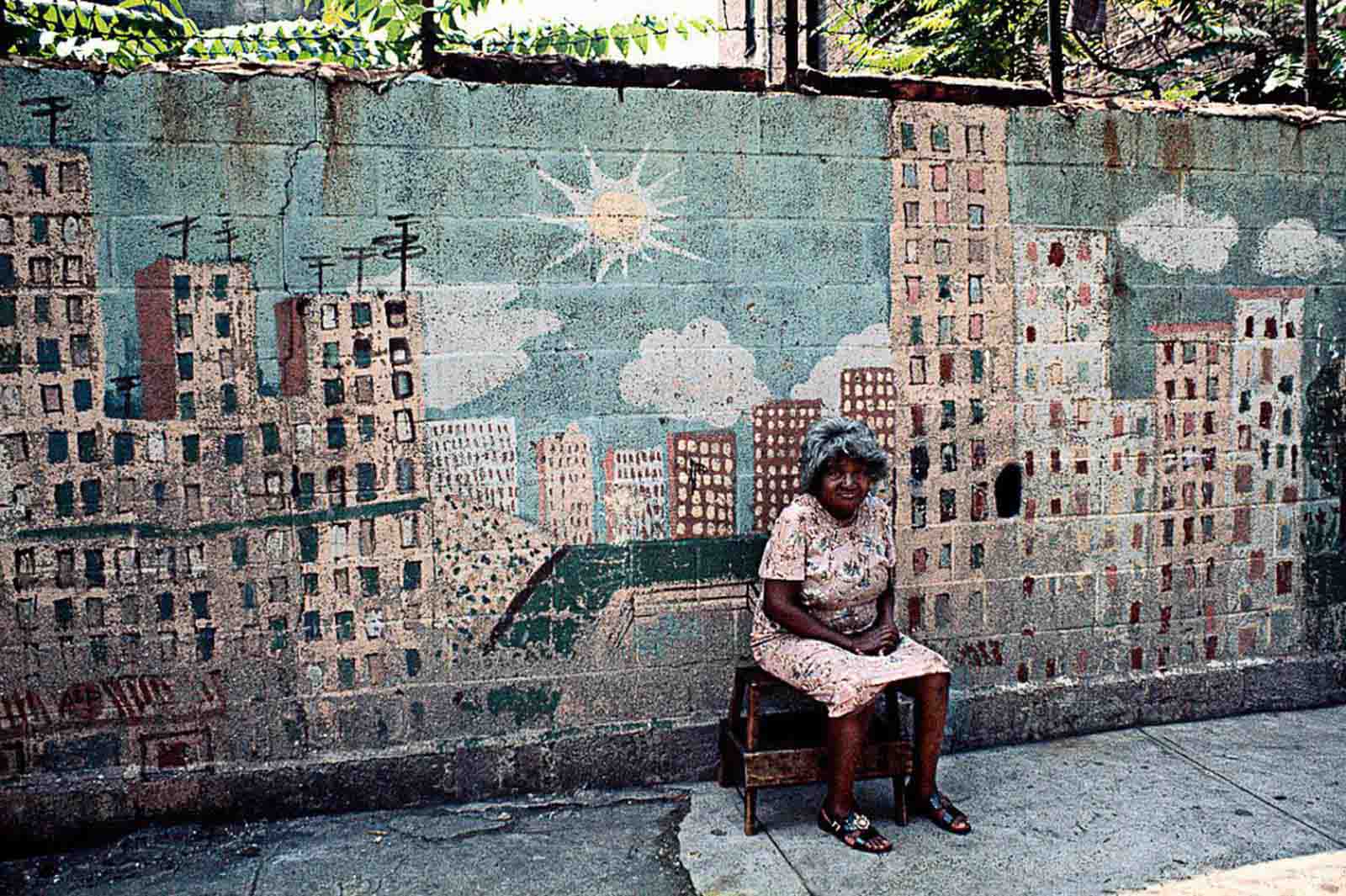 Faced with economic stagnation, industrial decline, and the looming threat of bankruptcy, the City of New York responded by laying off city workers and cutting municipal services such as sanitation and after-school programs.

The city’s already high unemployment rates got higher, and many middle-class families — more than 820,000 people — fled to the suburbs in a movement known as white flight, desperate for jobs.

The New York City blackout of 1977 struck on July 13 of that year and lasted for 25 hours, during which black and Hispanic neighborhoods fell prey to destruction and looting. Over 3,000 people were arrested, and the city’s already crowded prisons were so overburdened.

The financial crisis, high crime rates, and damage from the blackouts led to a widespread belief that New York City was in irreversible decline and beyond redemption.

To Jonathan Mahler, the chronicler of The Bronx is Burning, “The clinical term for it, fiscal crisis, didn’t approach the raw reality. Spiritual crisis was more like it.” 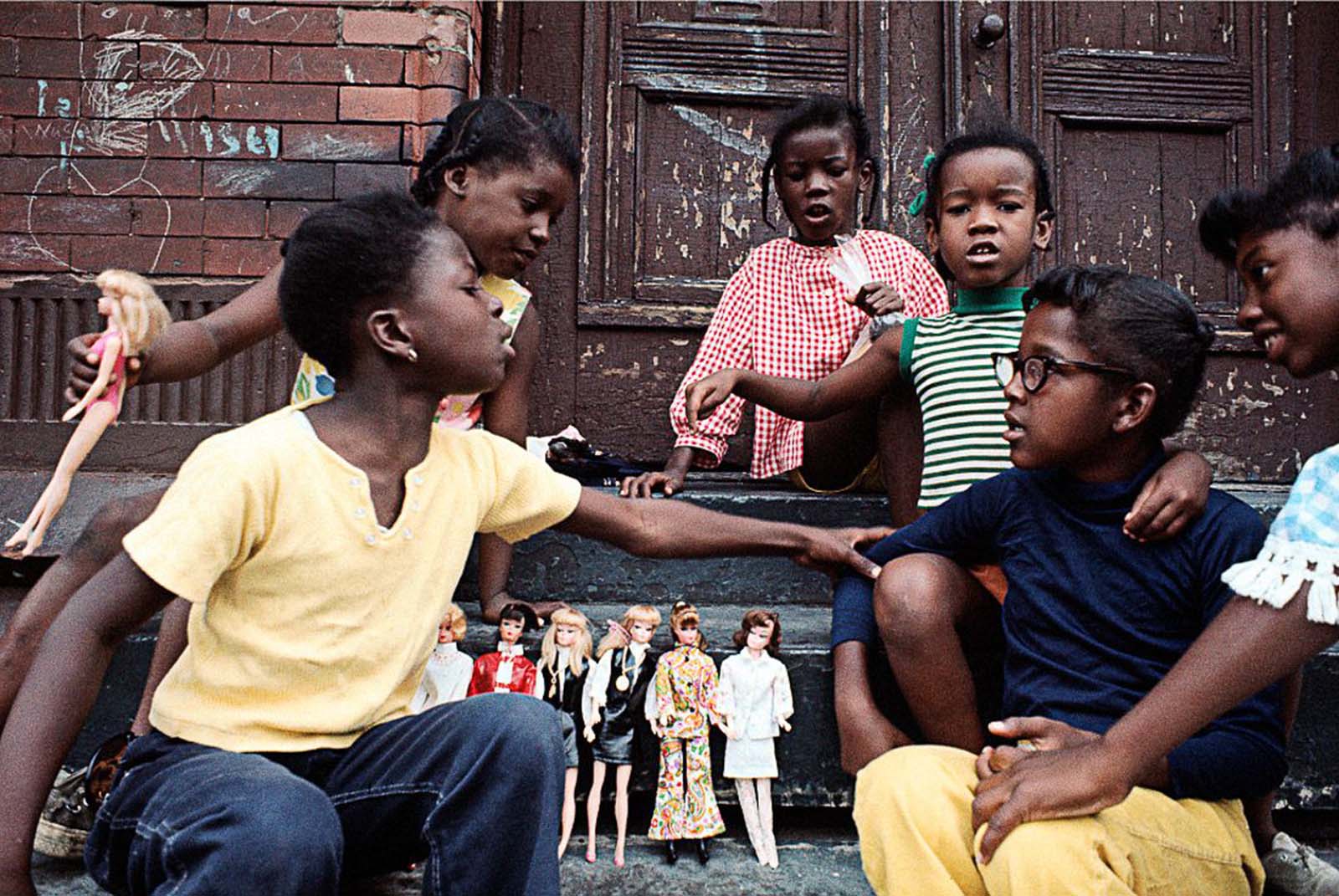 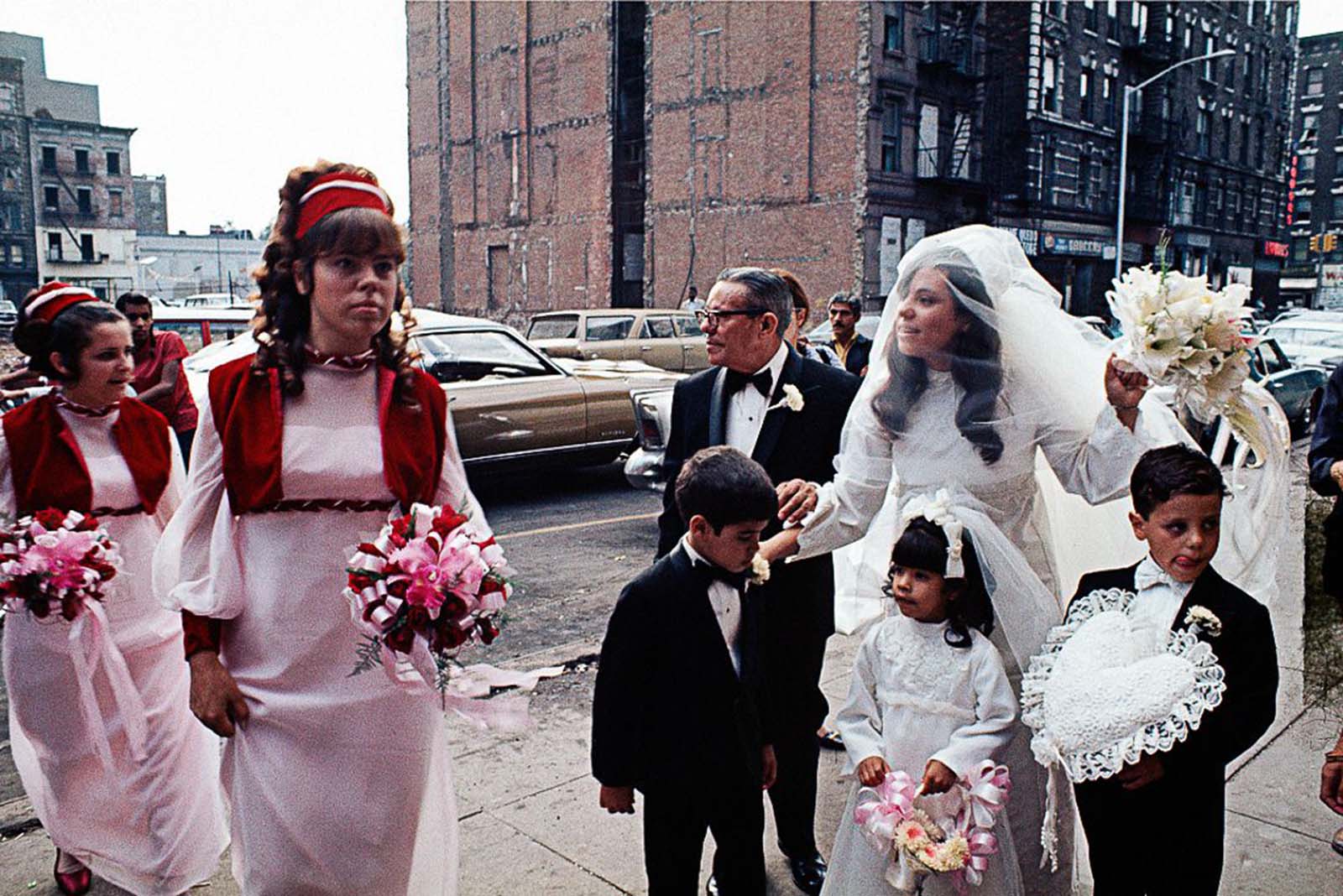 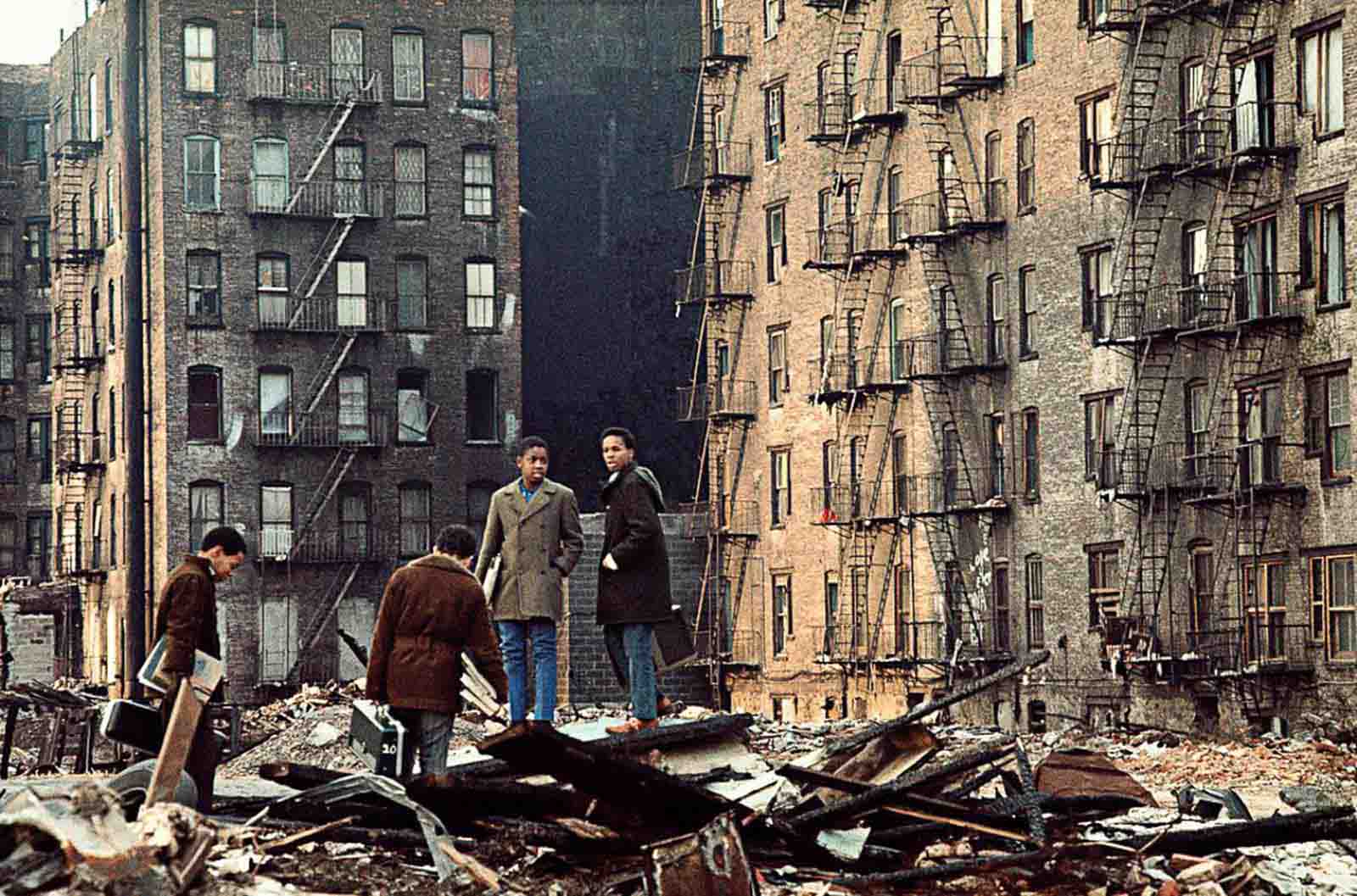 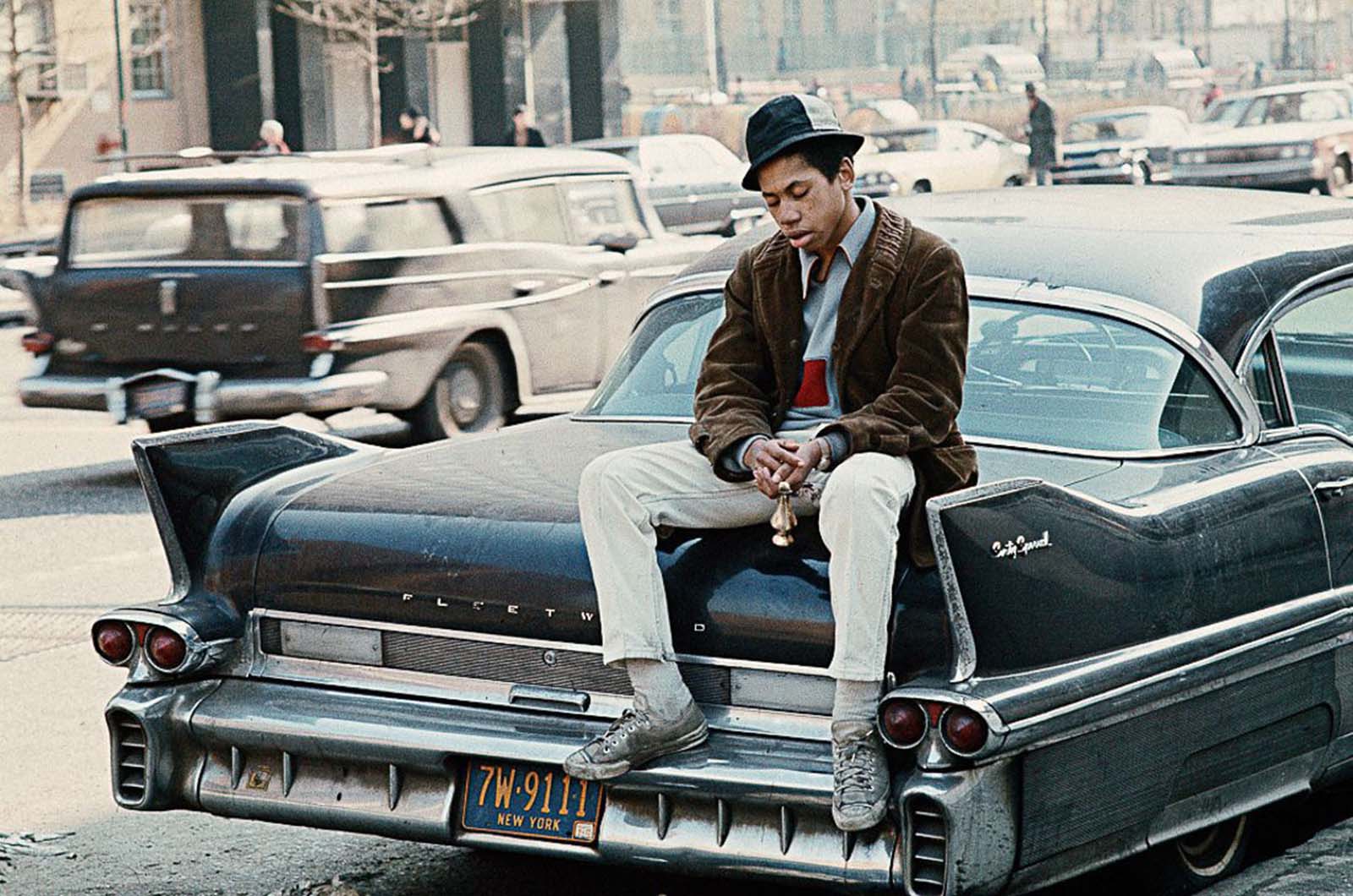 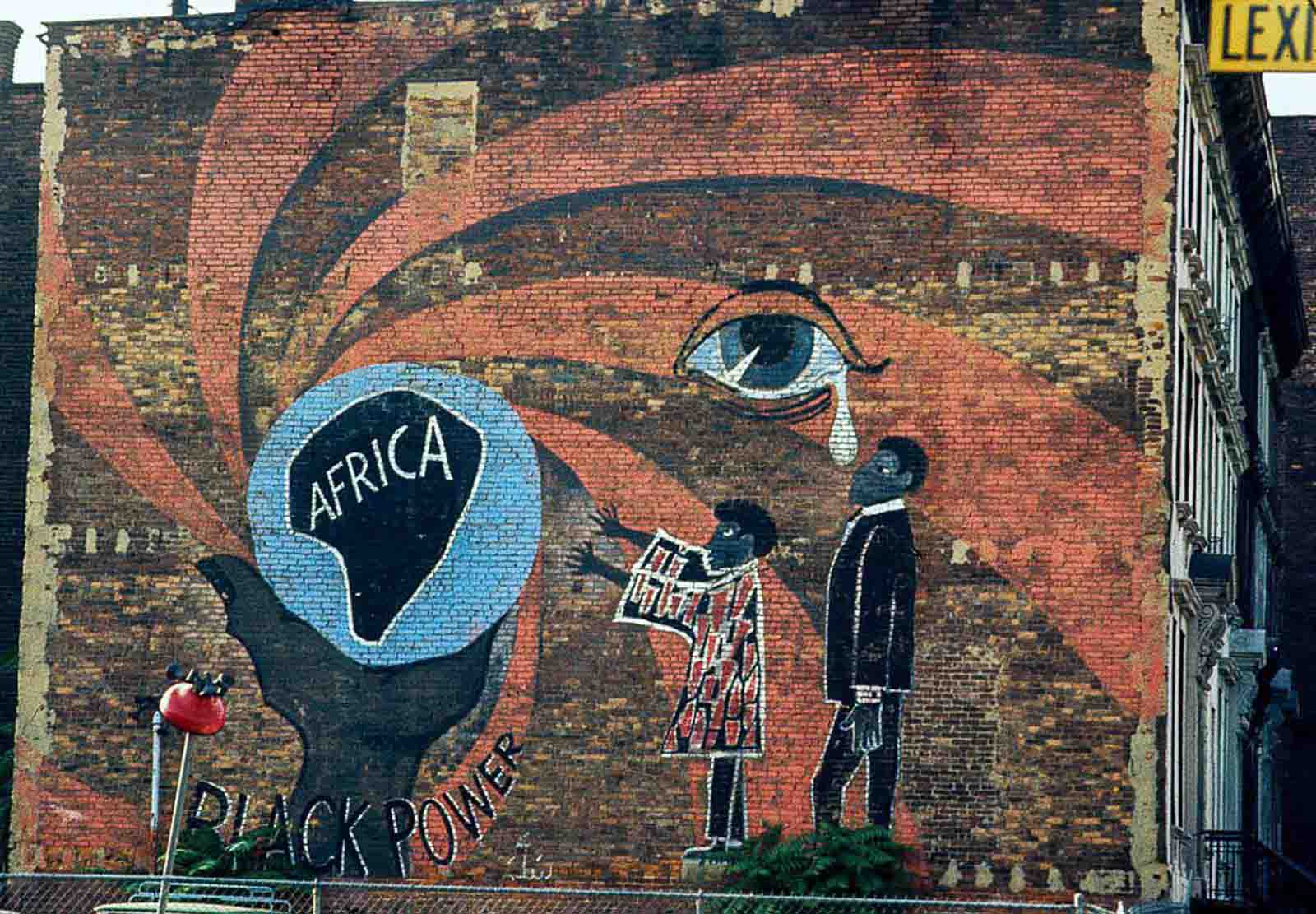 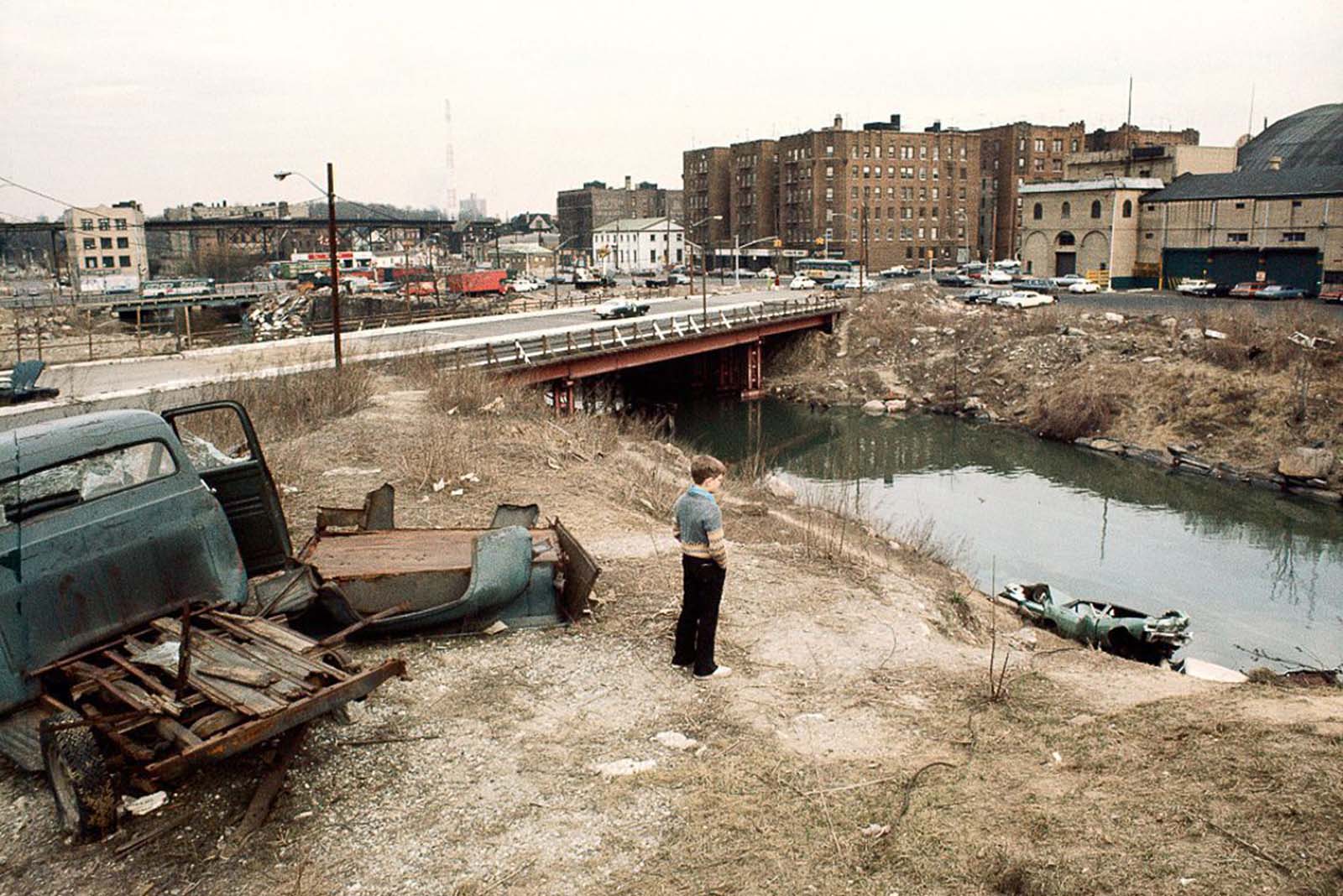 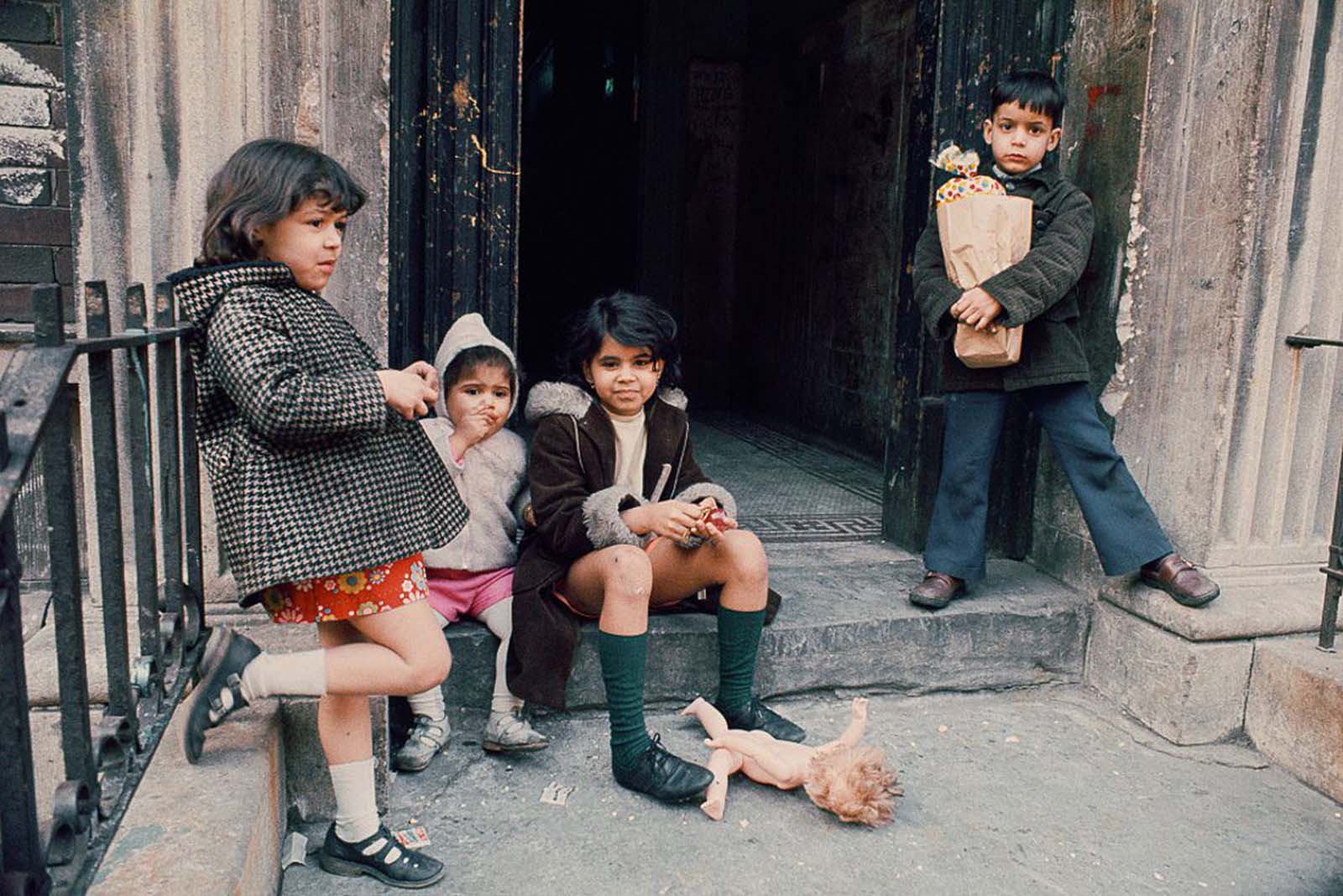 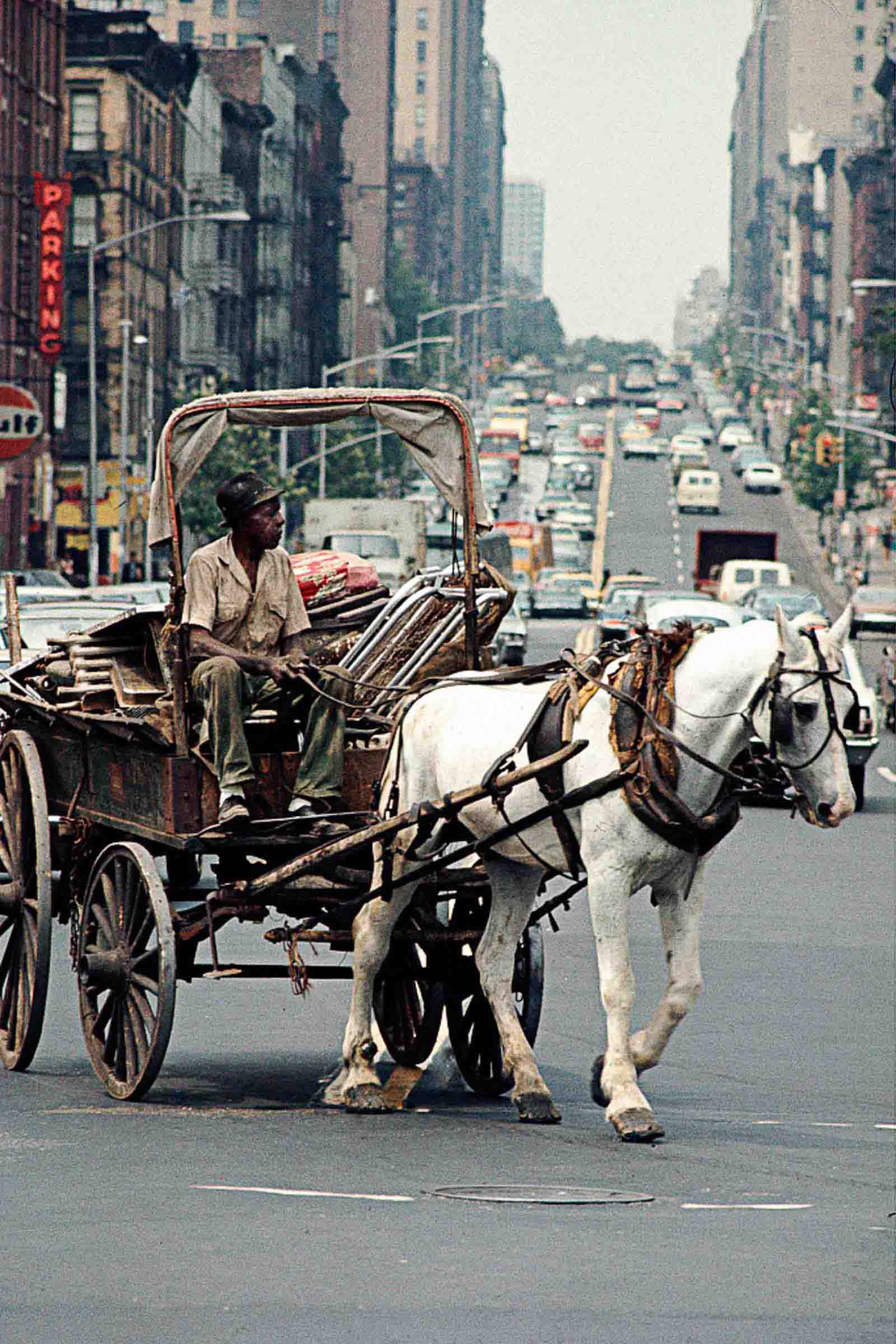 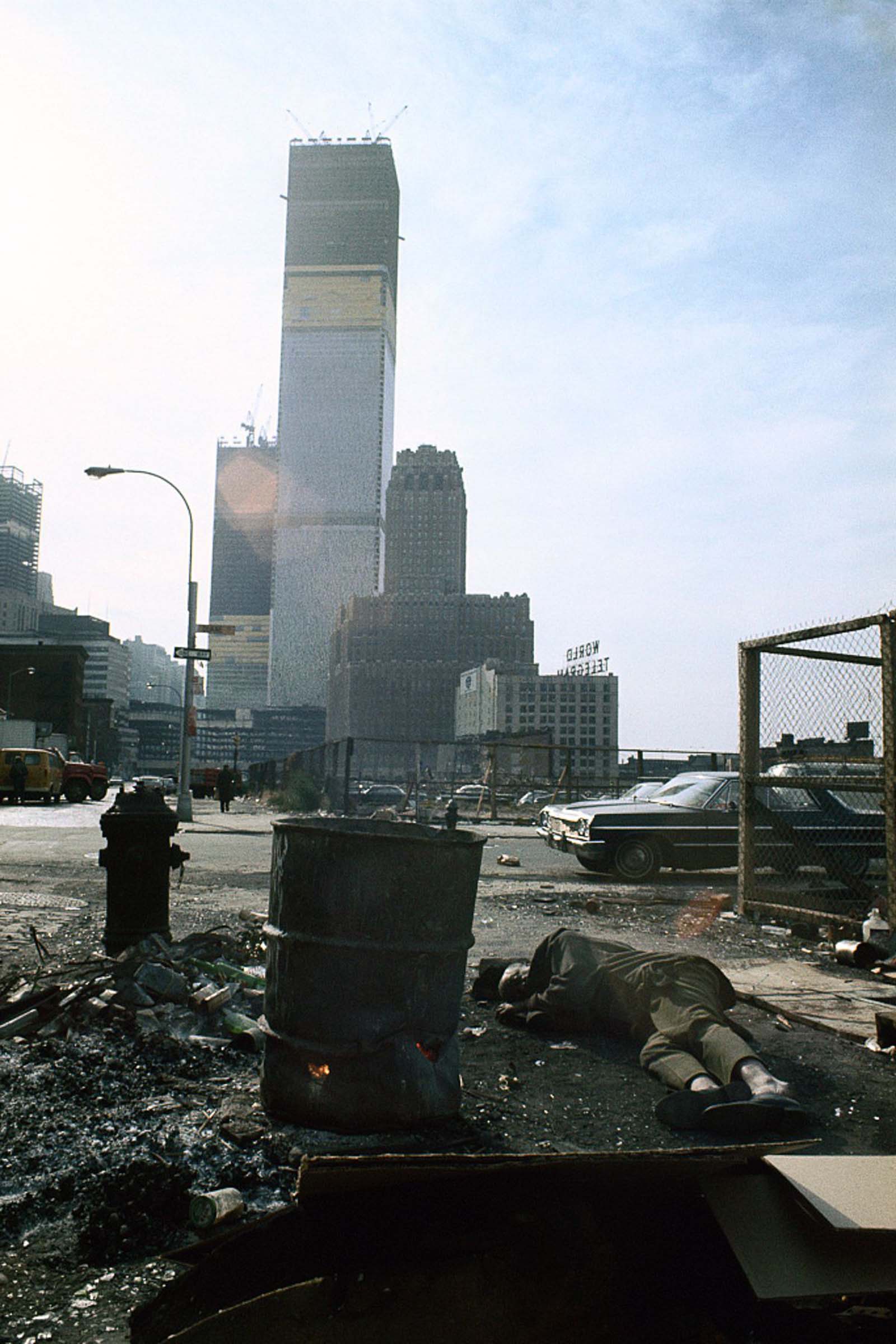 View of the World Trade Center under construction from Duane Street. 1970. 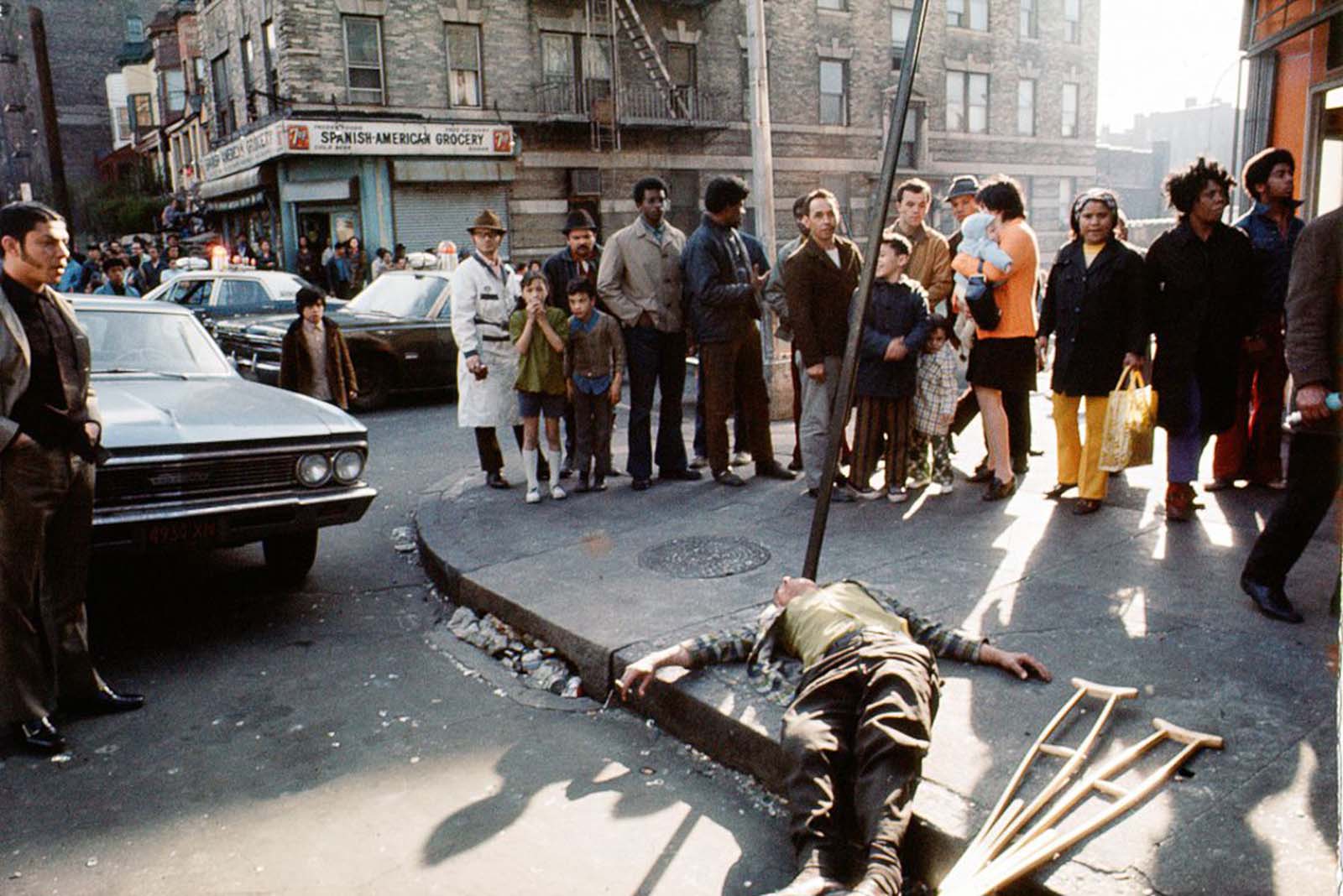 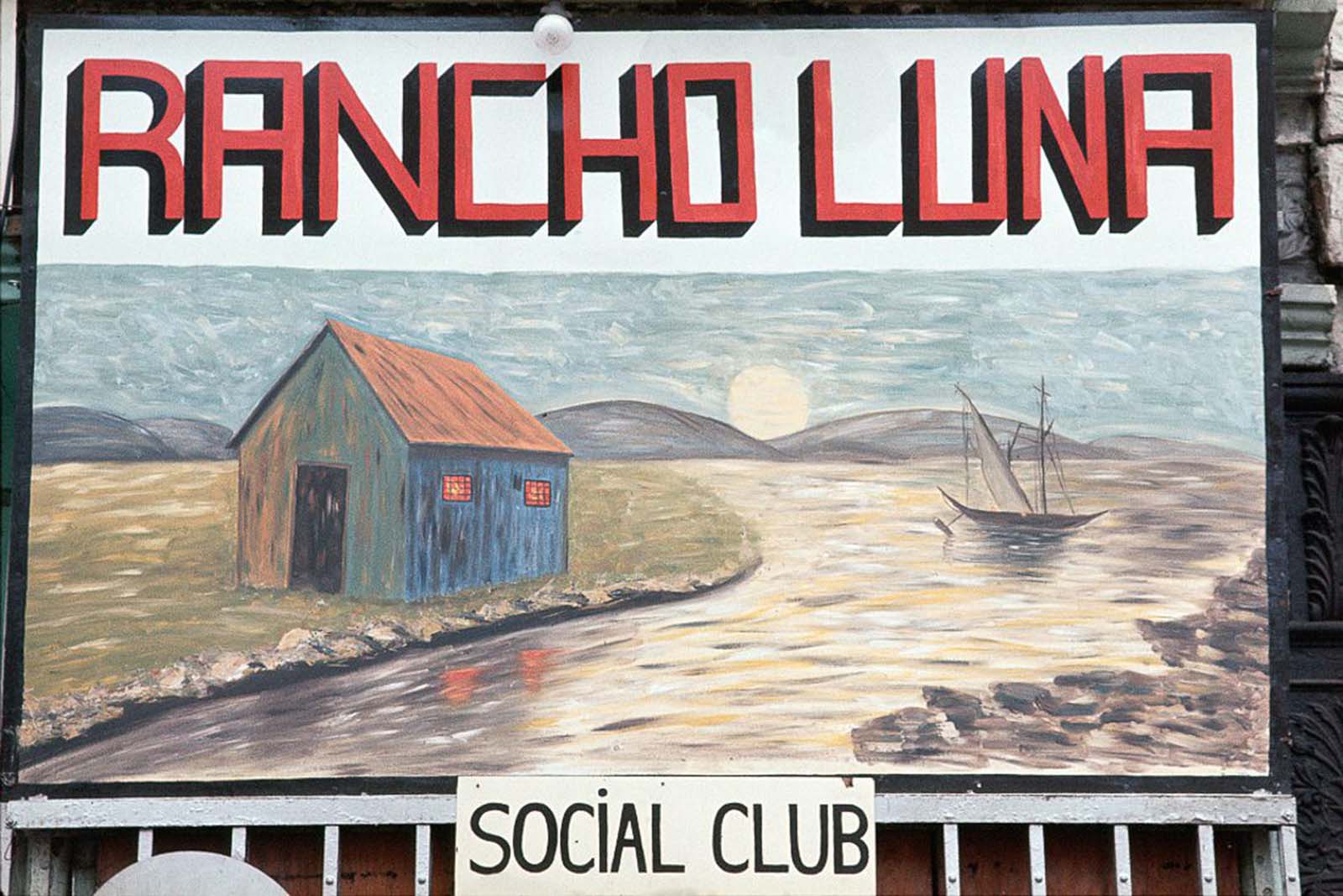 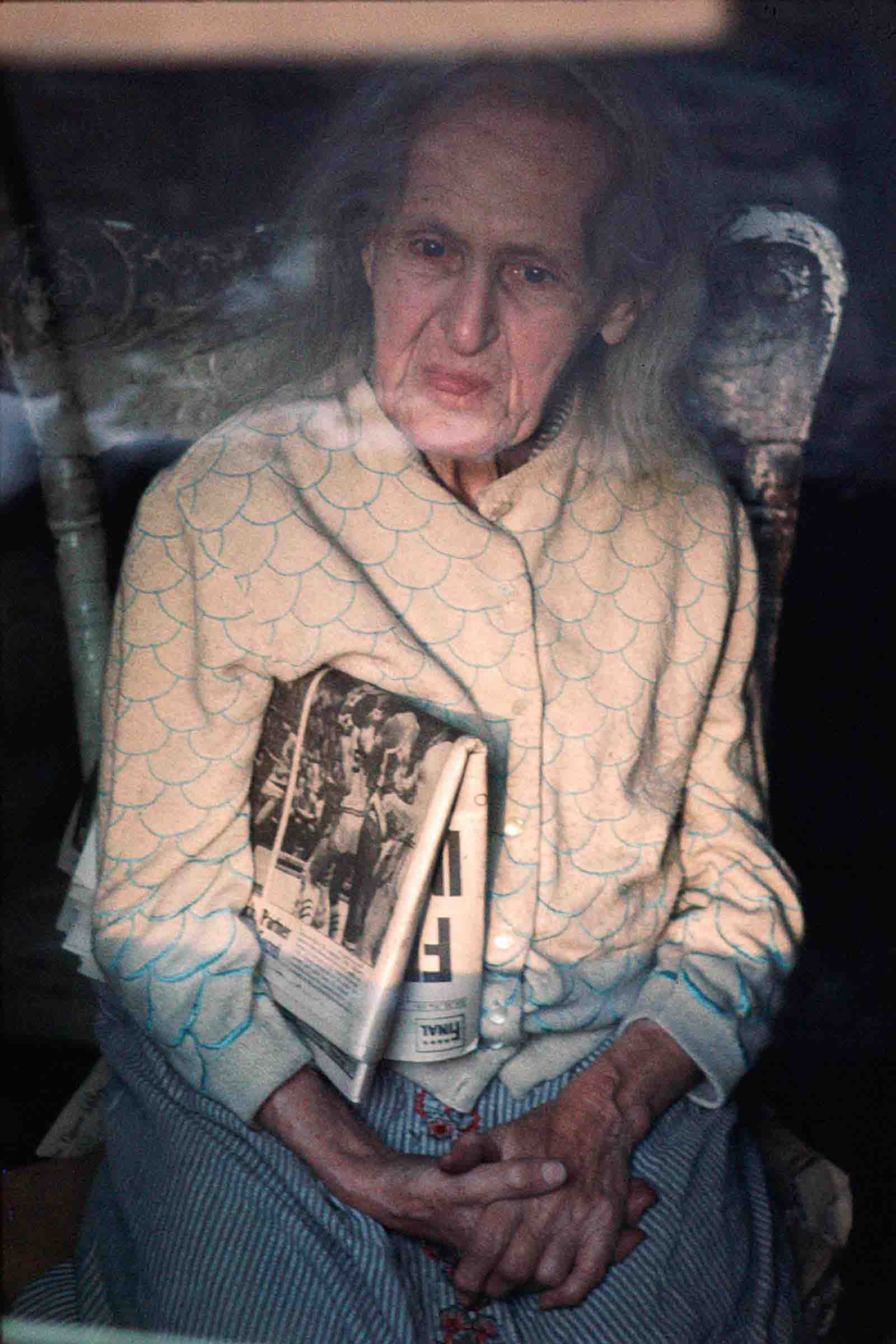 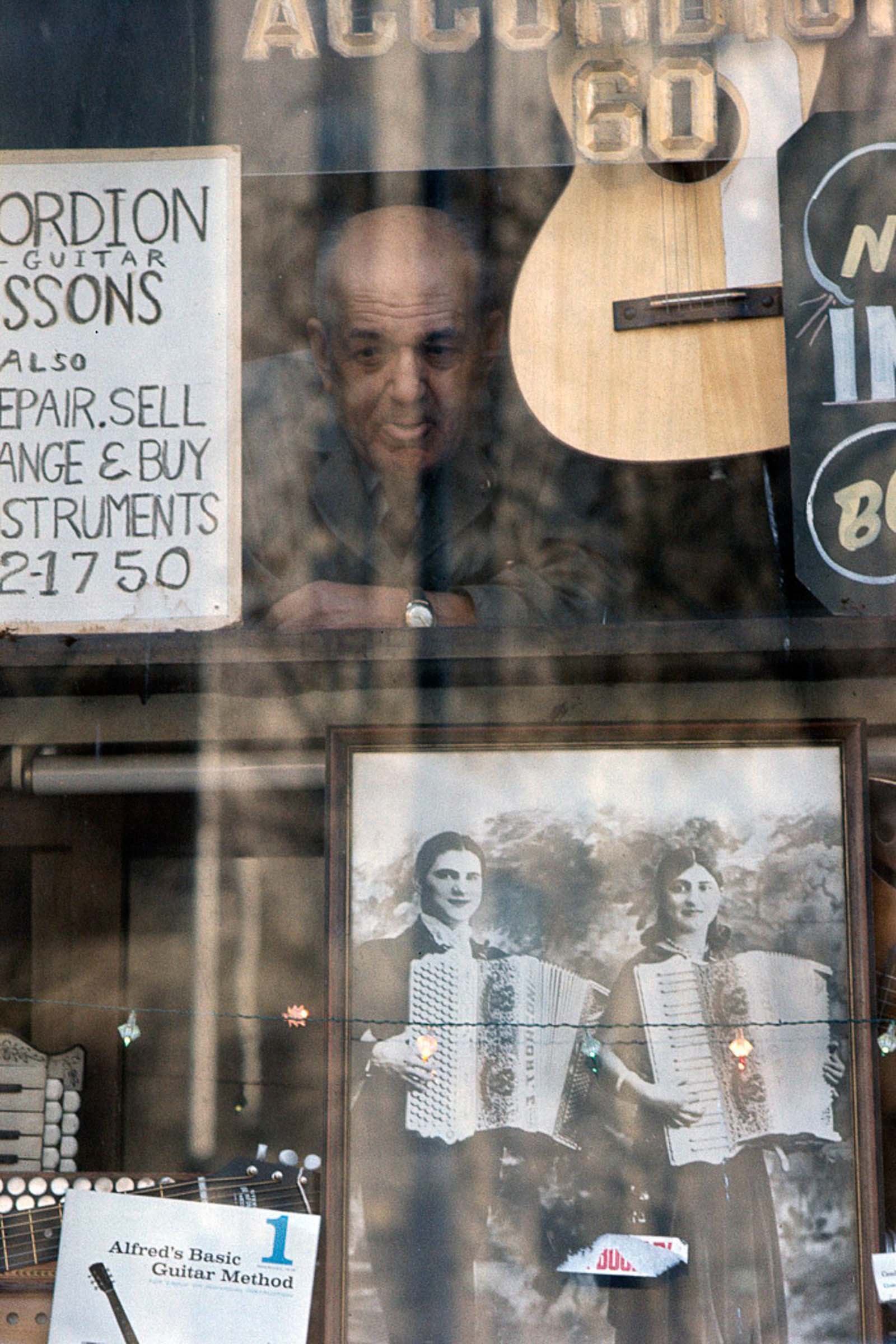 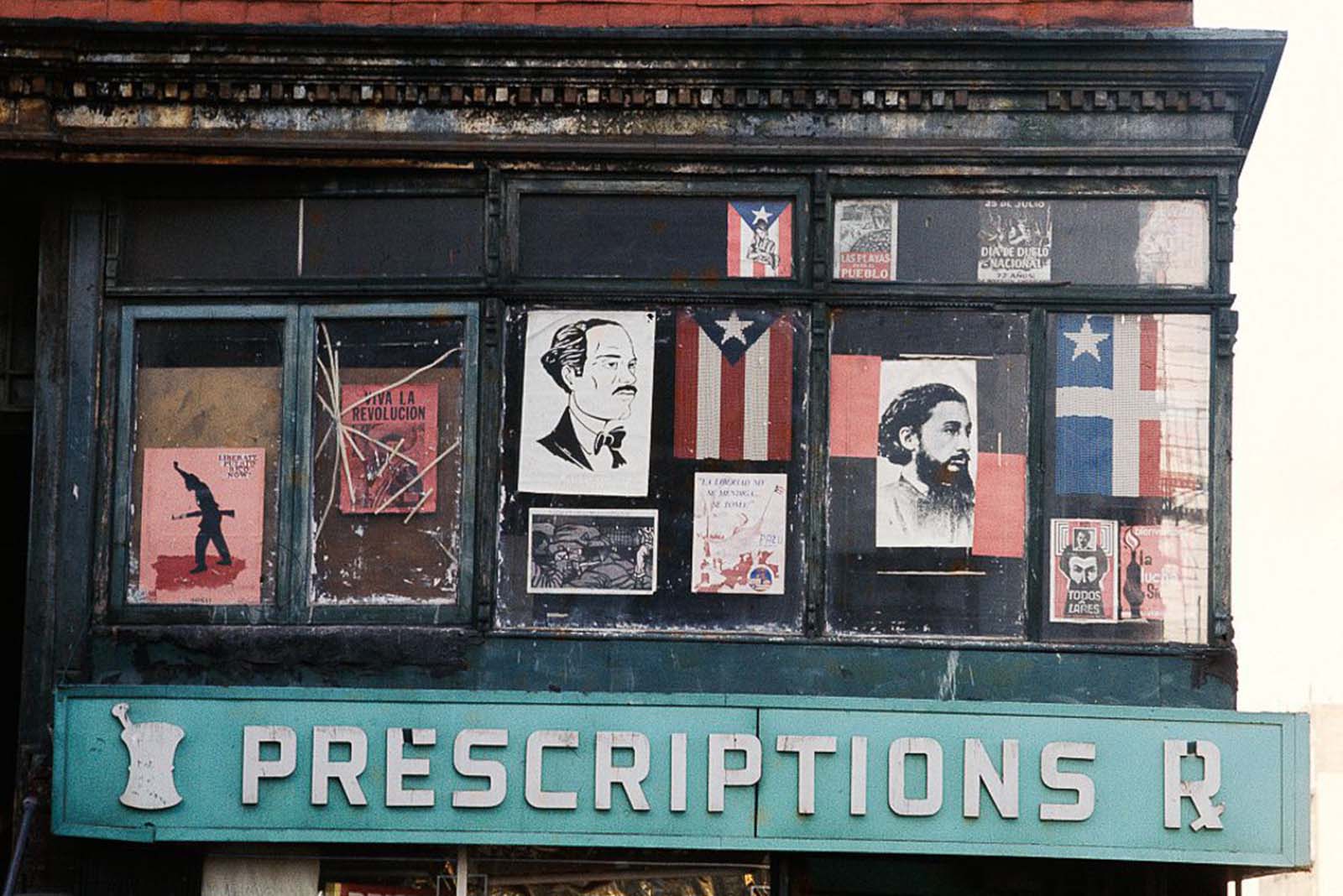 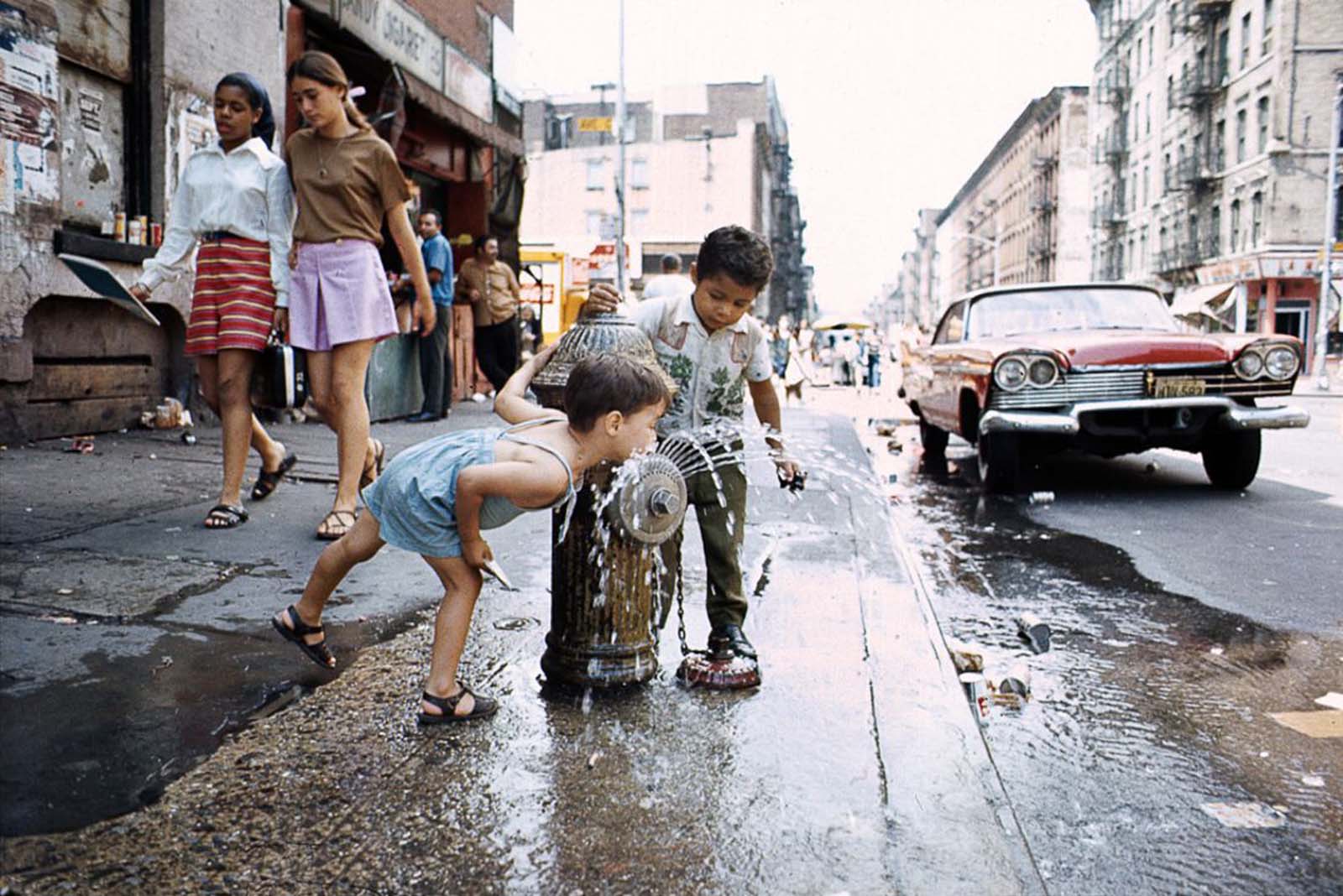 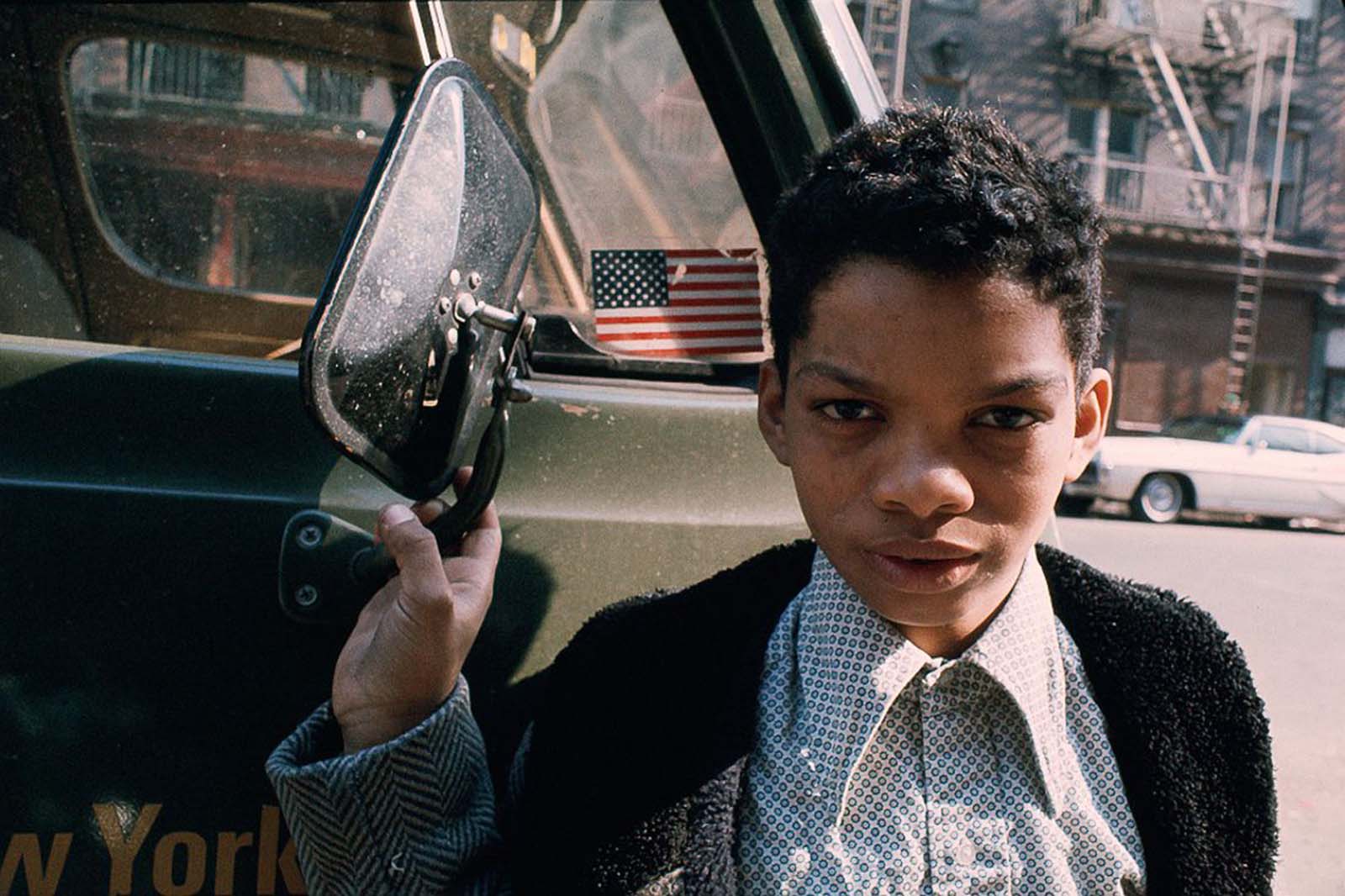 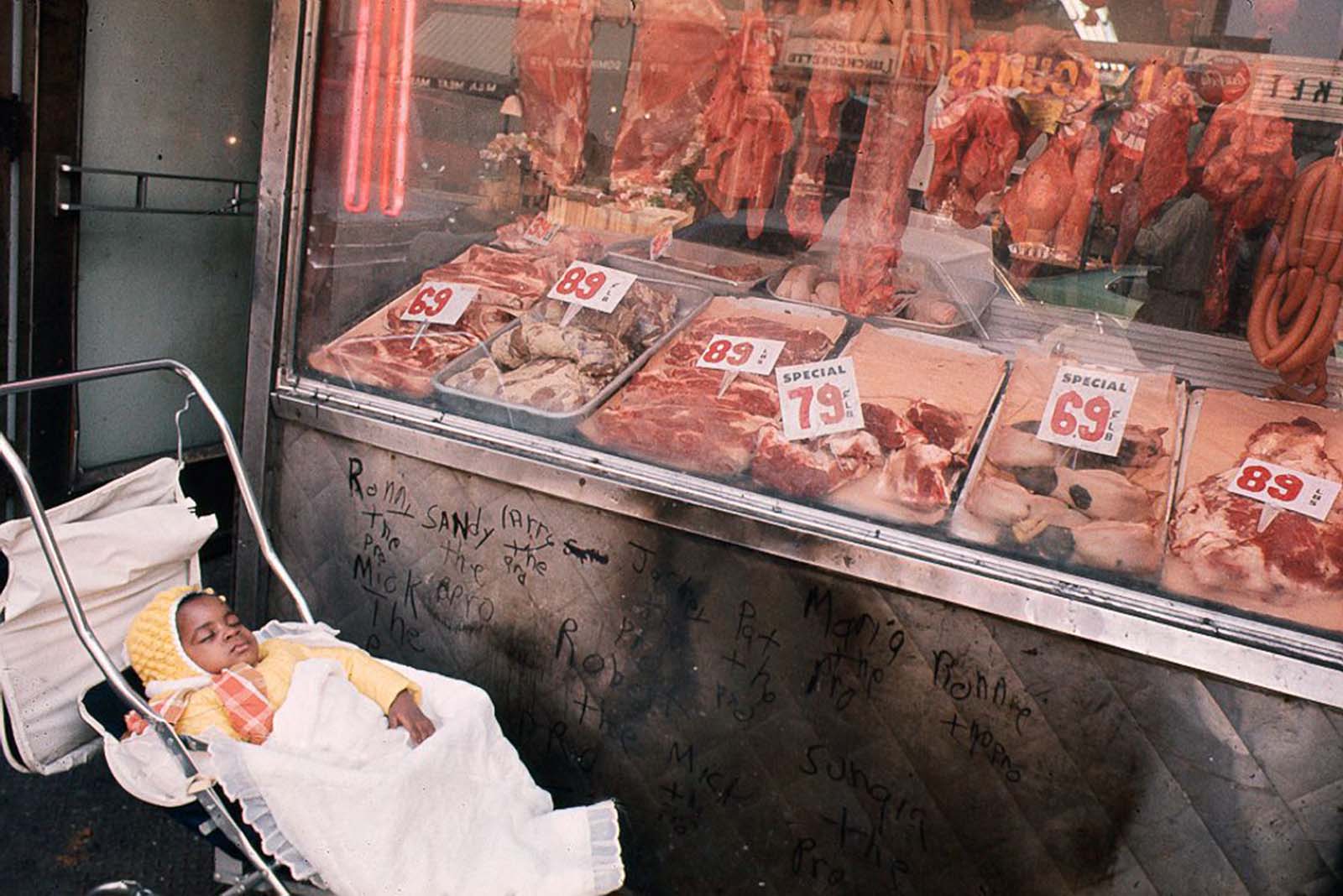 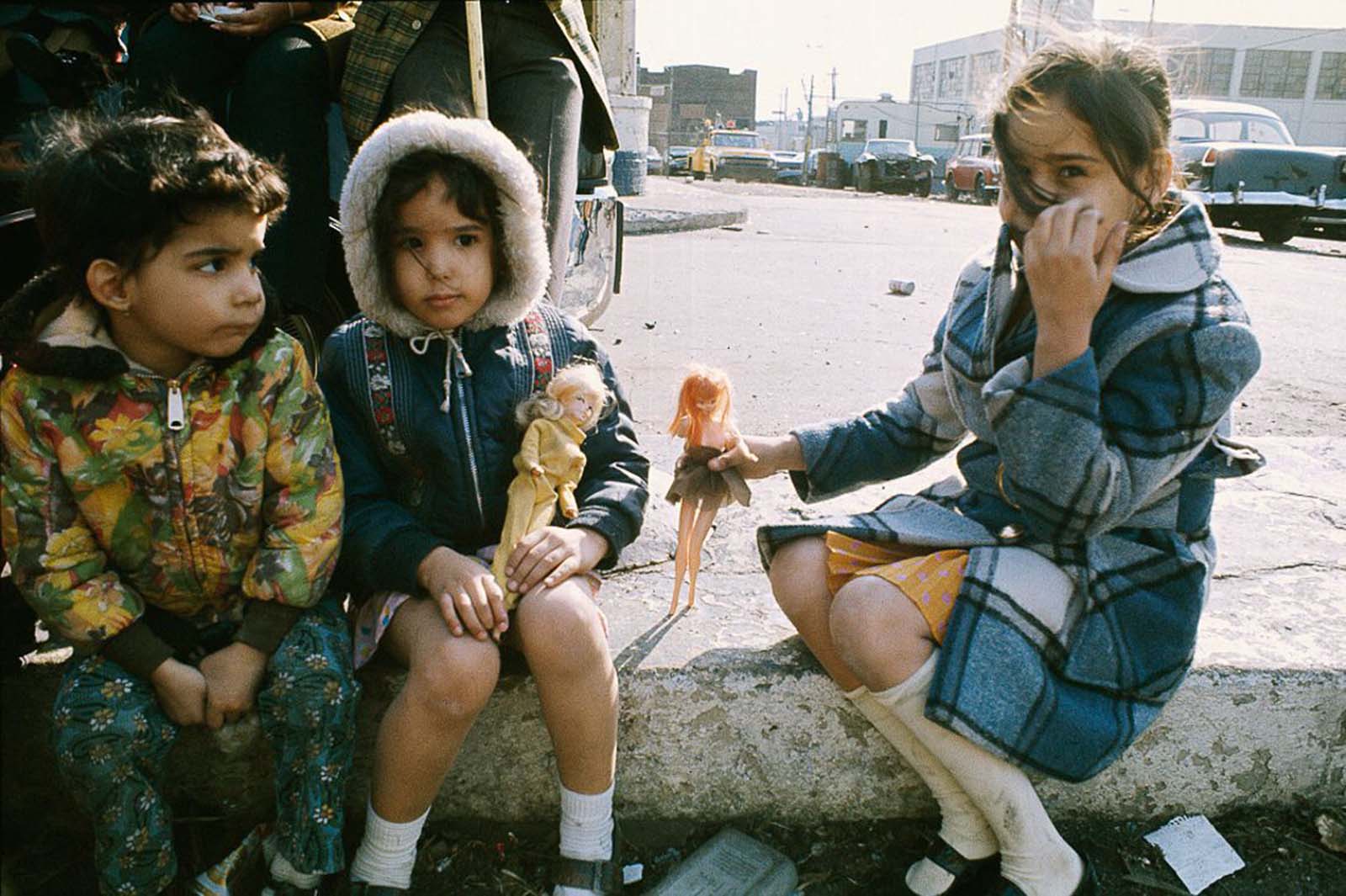 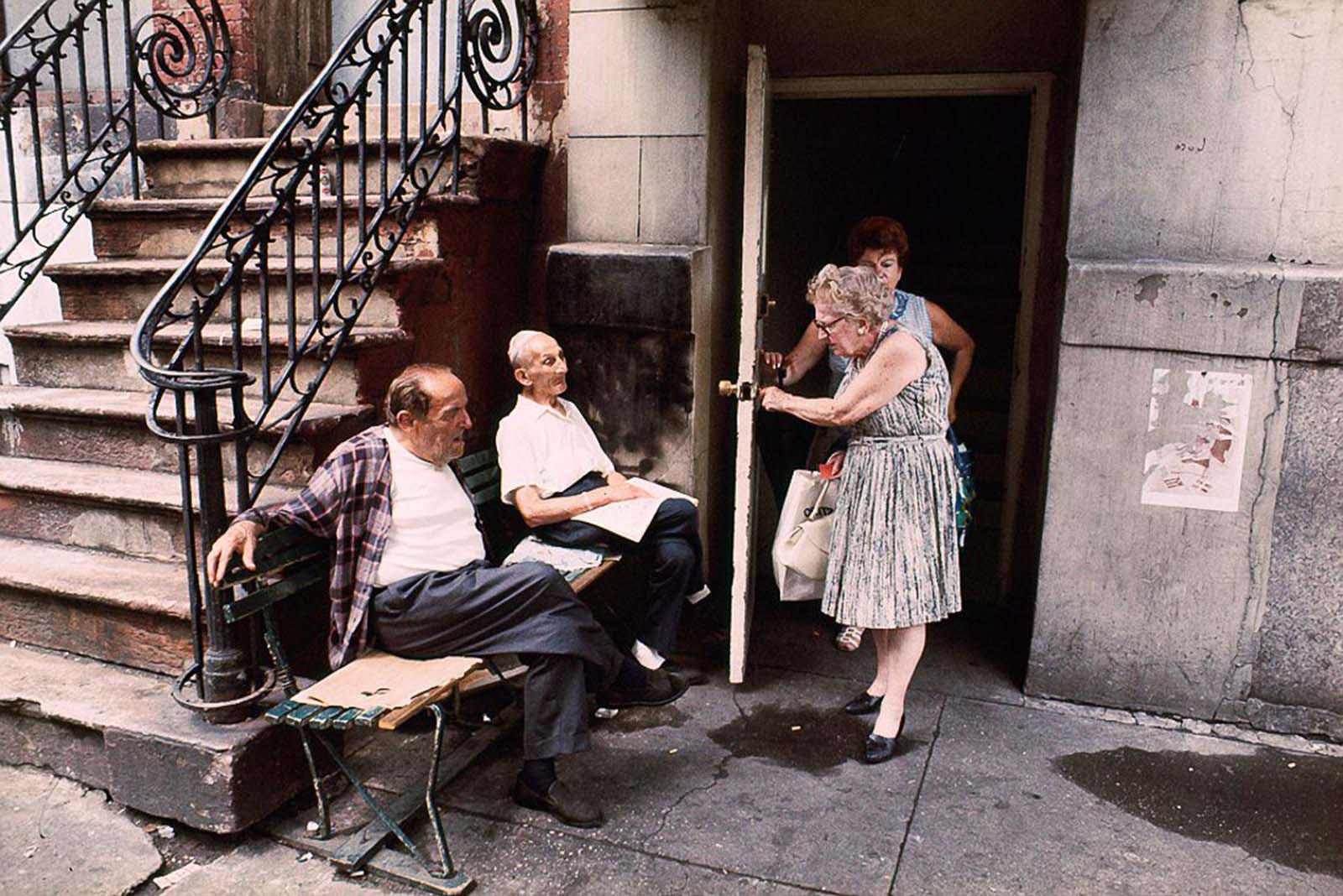 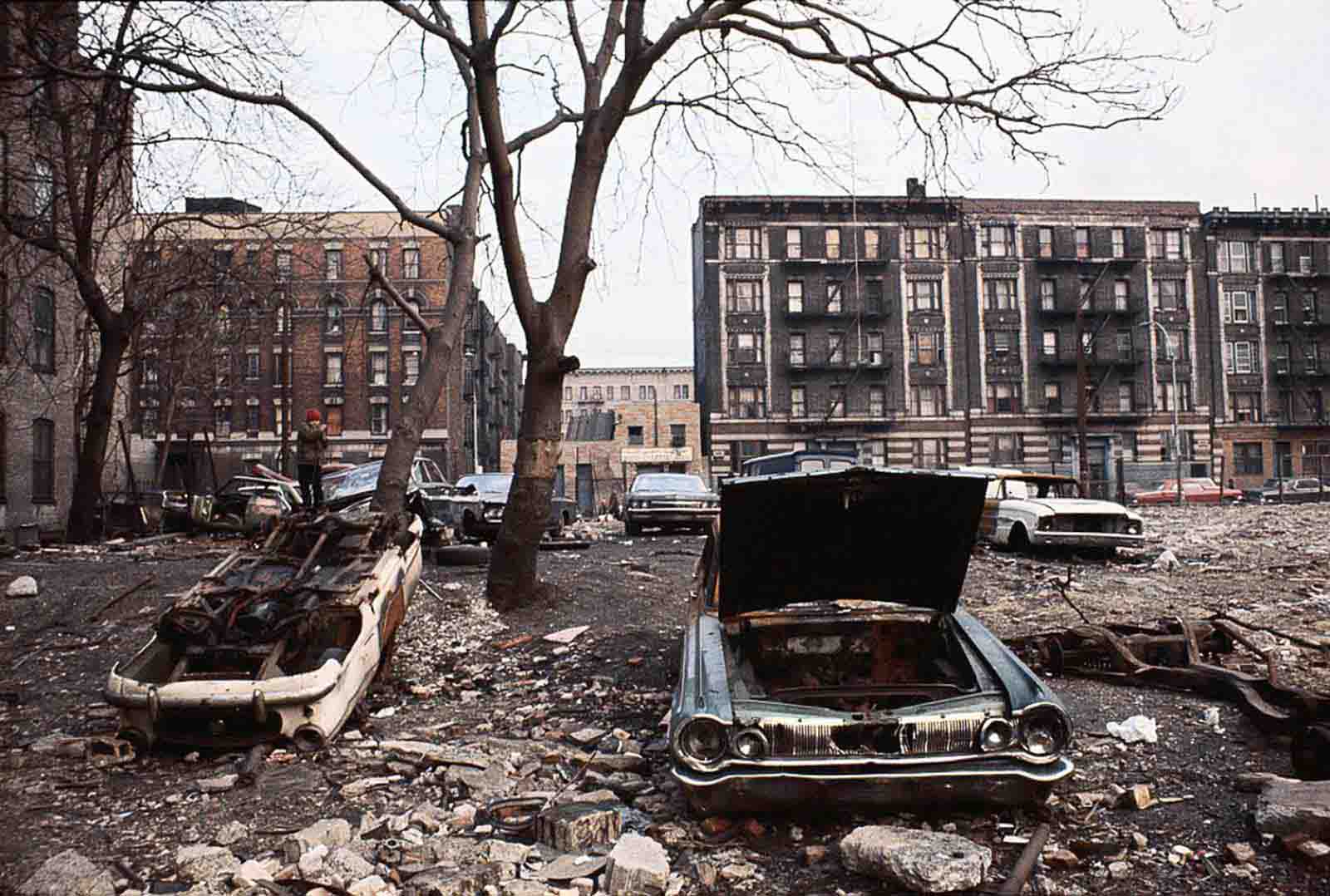 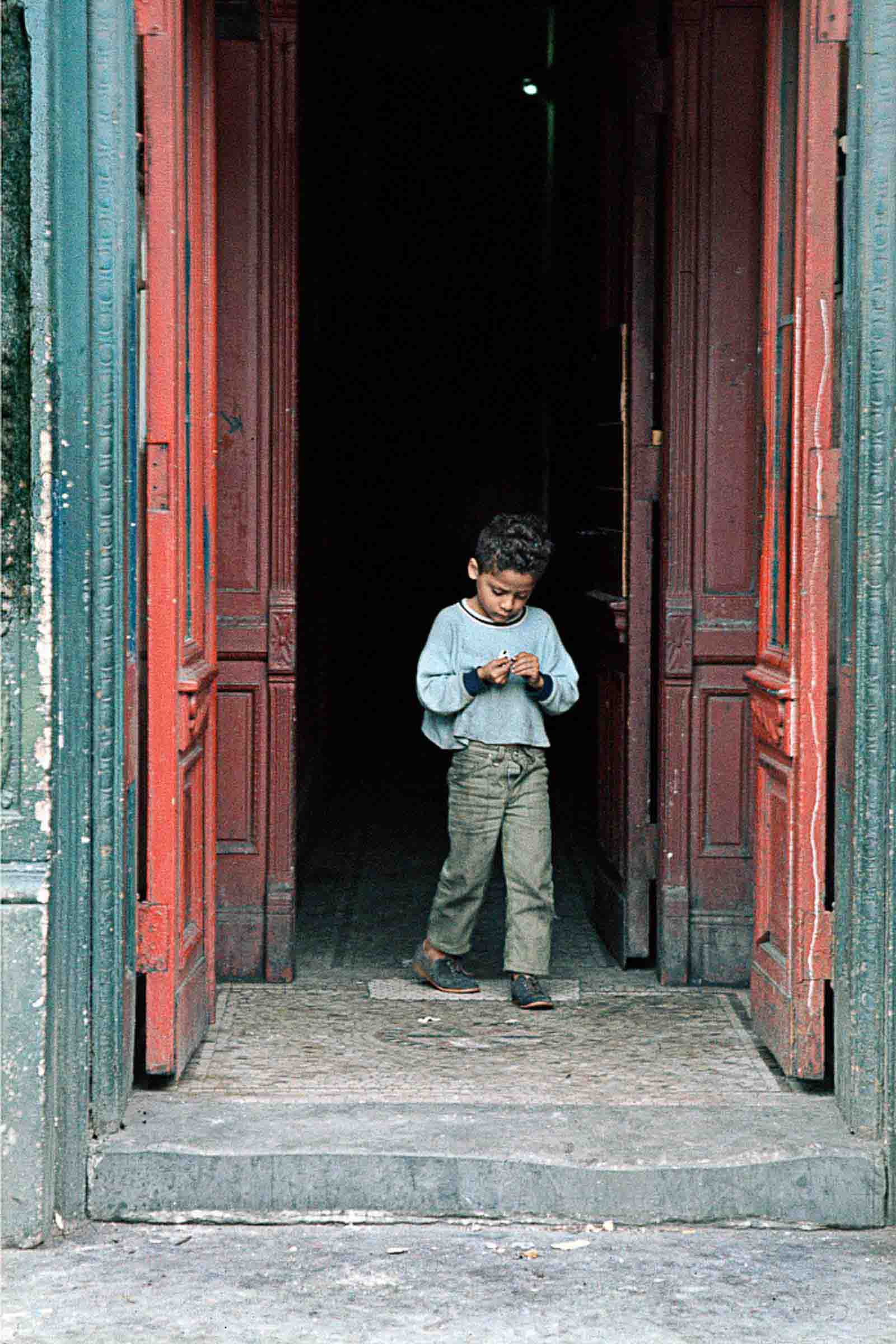 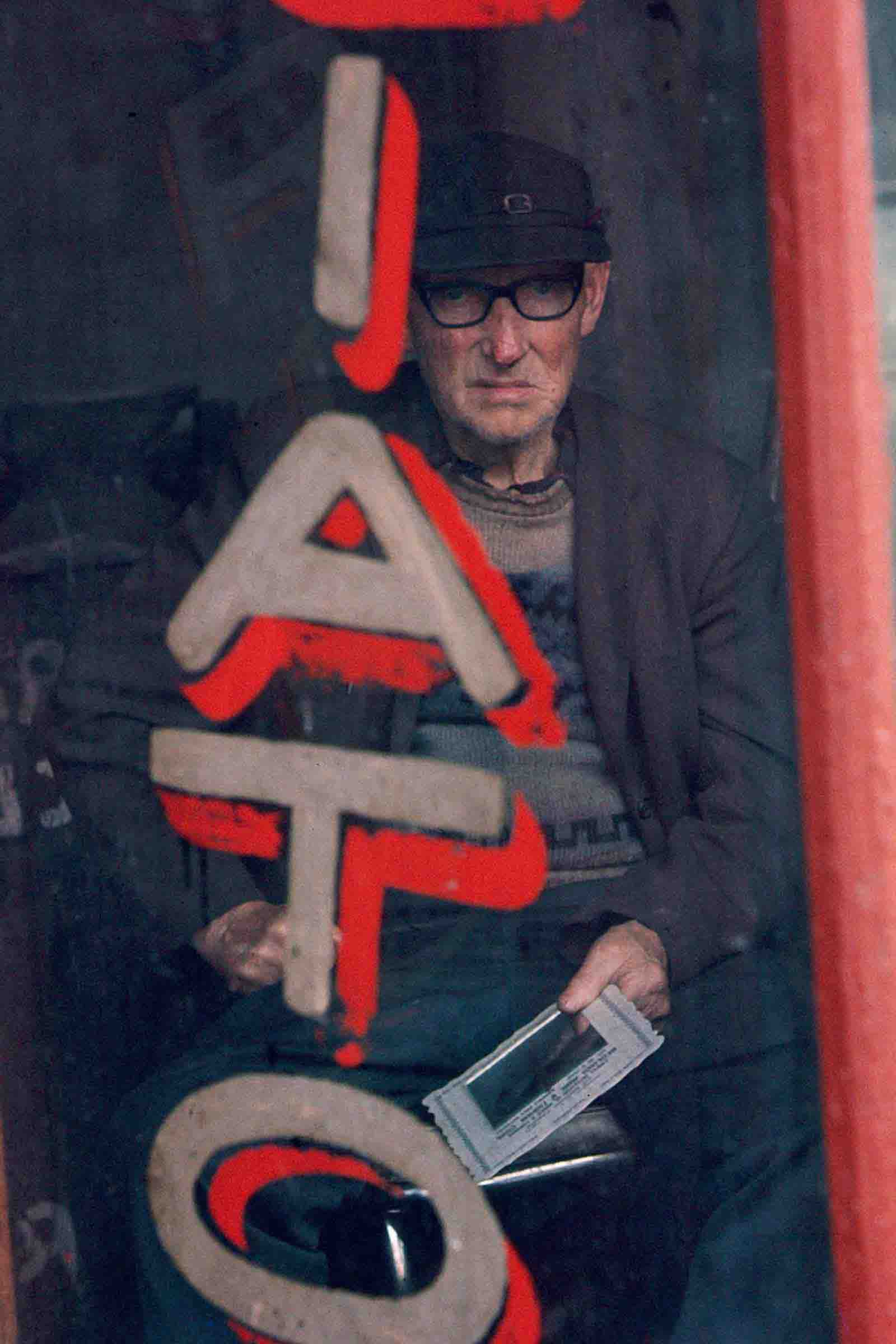 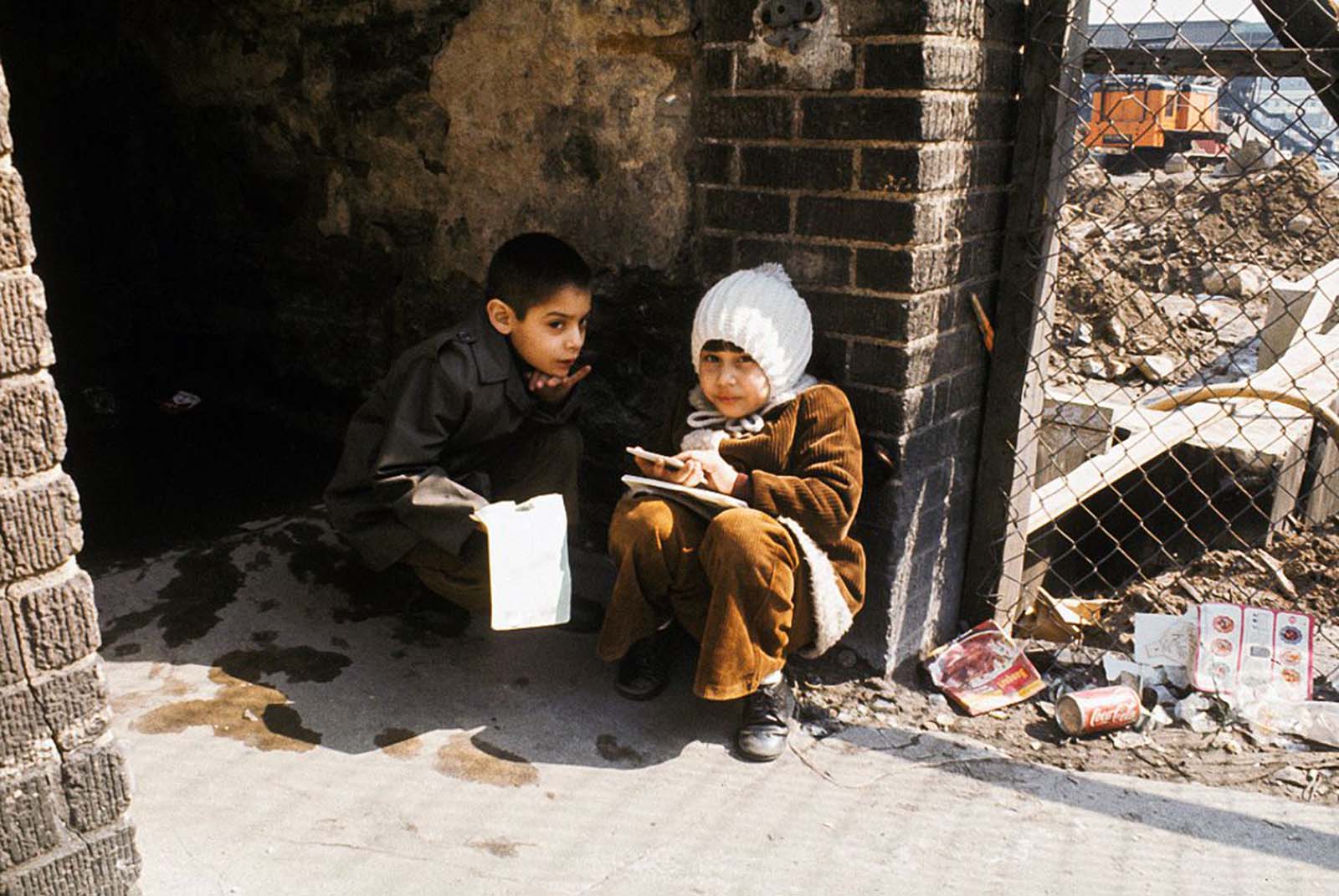 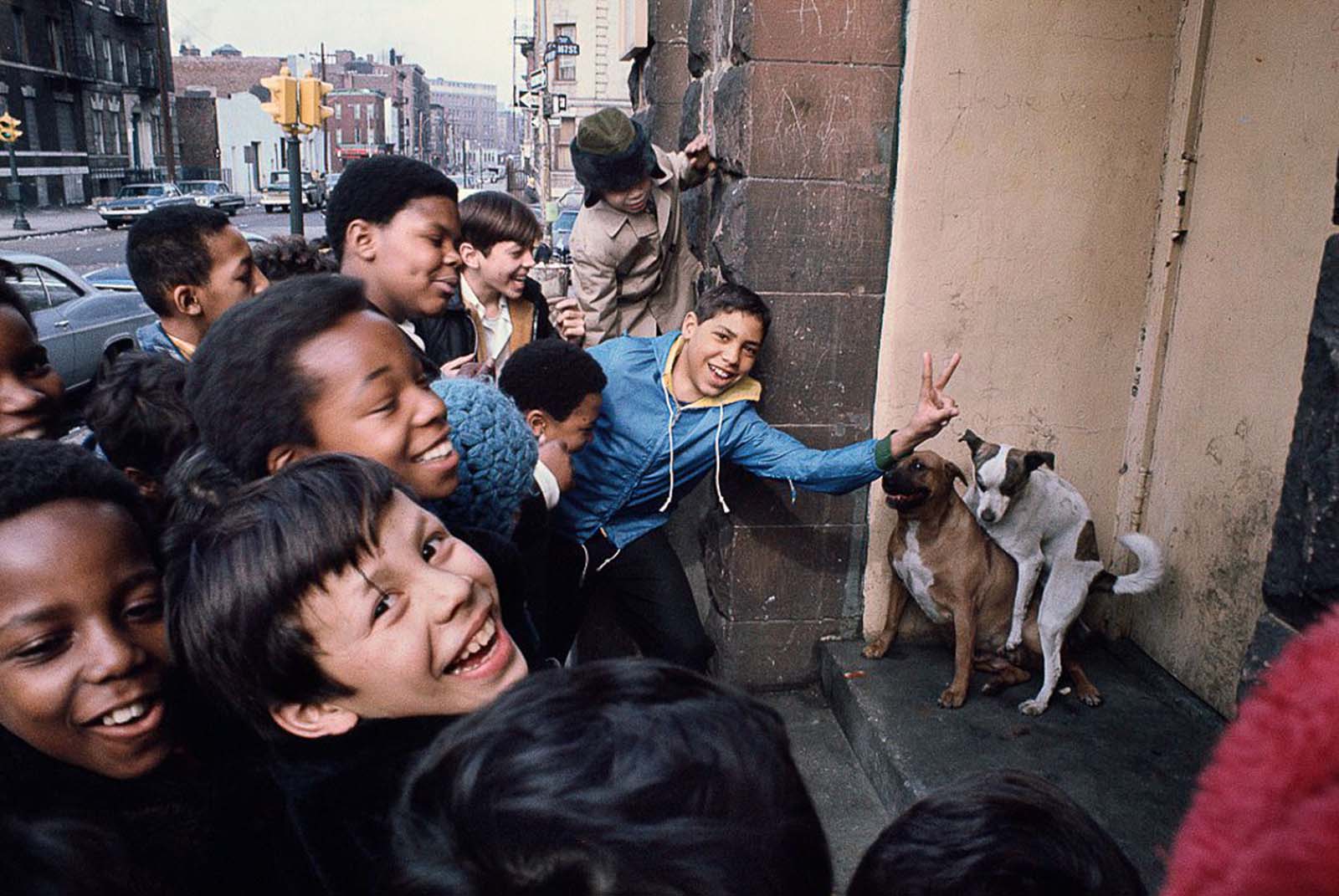 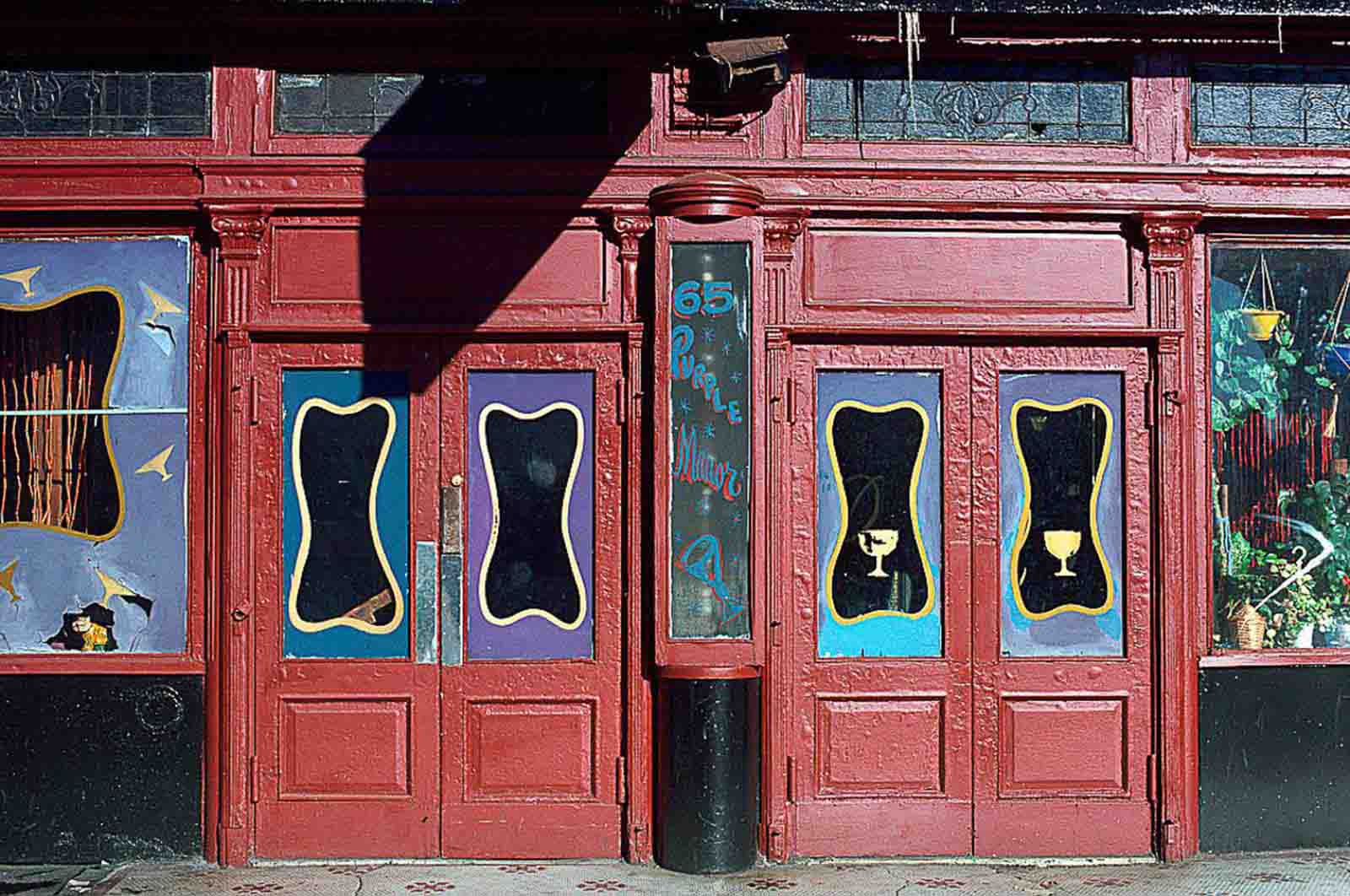 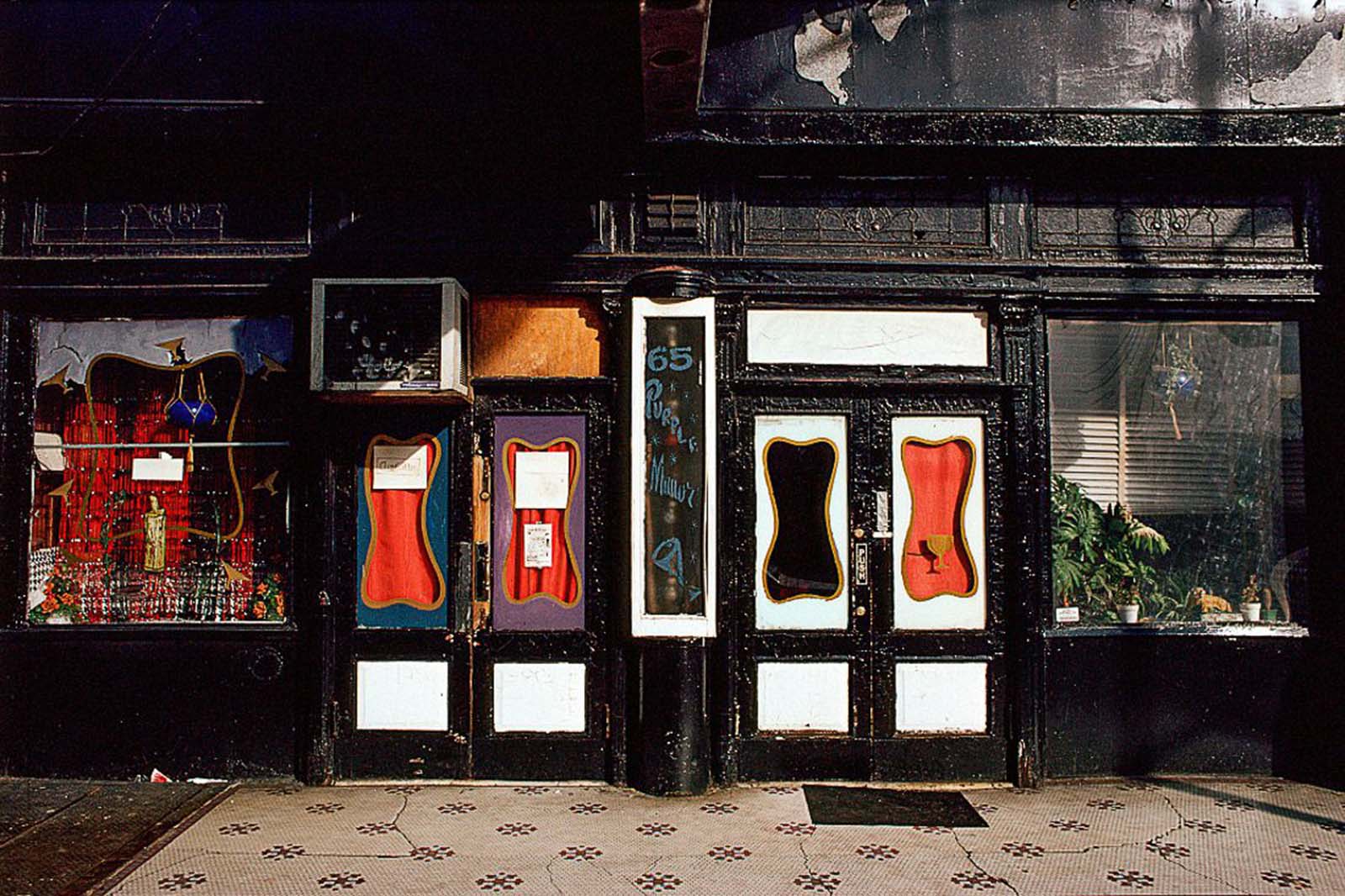 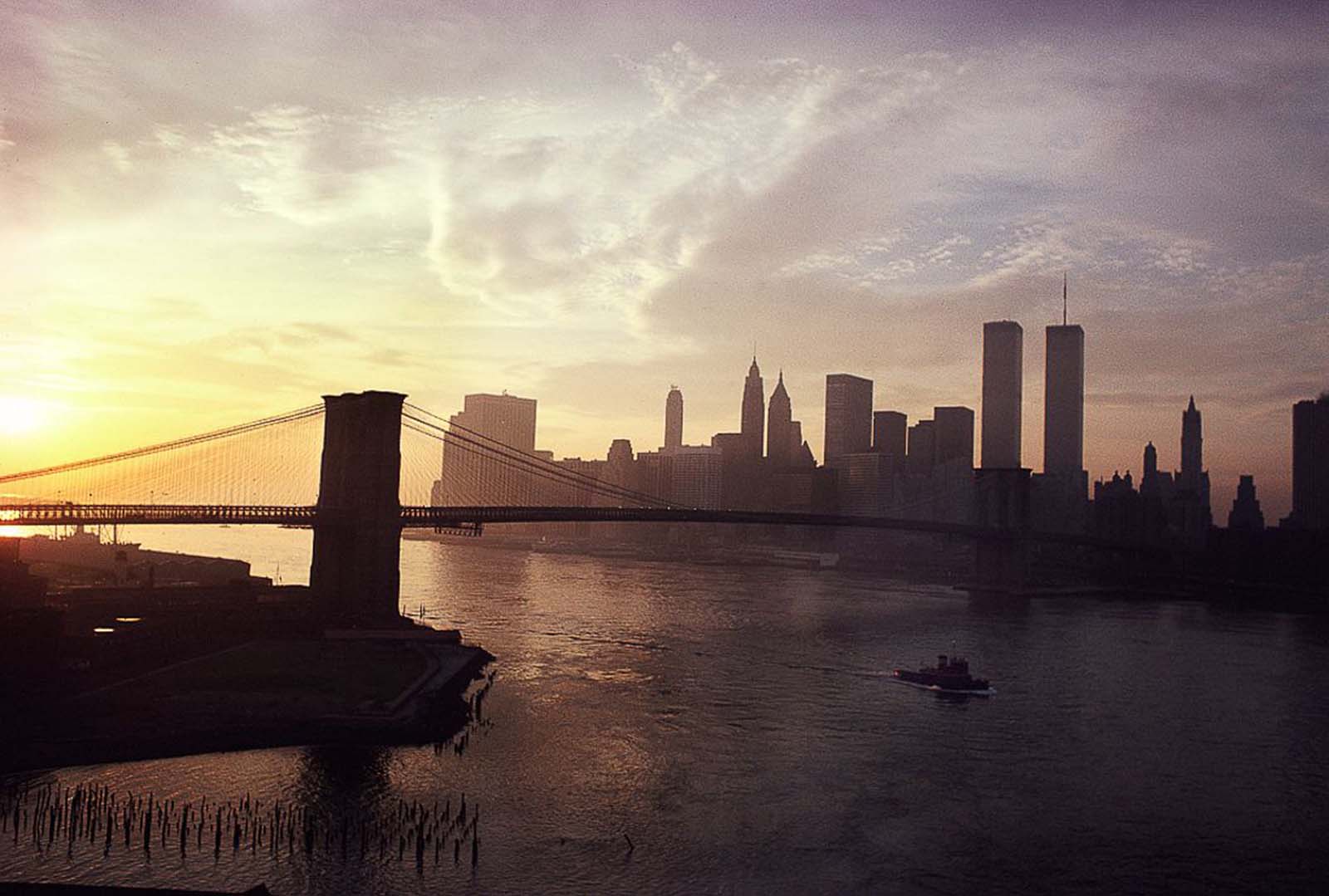 View of lower Manhattan from the Manhattan Bridge. 1979.