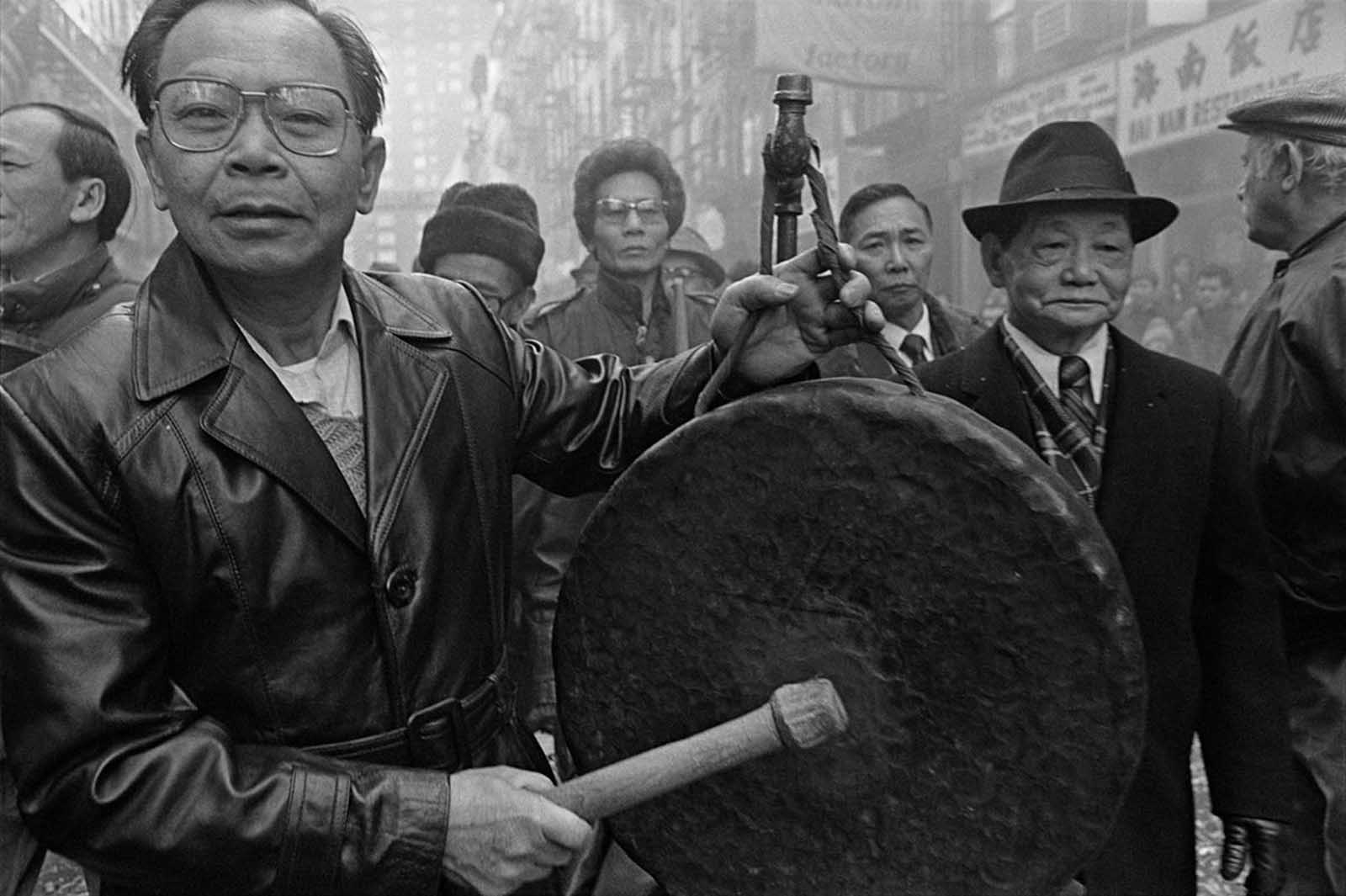 From 1981 to 1984, the photographer Bud Glick worked for the New York Chinatown History Project (NYCHP) — today the Museum of Chinese in America (MOCA) — capturing the lives of the neighborhood’s denizens. From intimate portraits of people in their apartments to documentary-style pictures of the activities that filled the streets, his photographs record an older generation’s experiences of Chinatown, just as it was undergoing a transformation from an influx of immigrants and young families seeking fresh futures.

In order to get a feel for the community, Glick took long walks around Chinatown and approached a variety of people by simply asking if he could take their portrait. He wasn’t terribly successful at first. “I don’t speak Chinese”, Glick said, although he at times worked with a Chinese speaking colleague. “That was a barrier and there were also a lot of tourists, a lot of outsiders coming in asking to take pictures and a lot were obnoxious; even if they weren’t, people don’t often want a stranger sticking a camera in their face”.

After getting permission and taking the shot, Glick would return with a print of the portrait and ask the subject if he could also photograph them in their homes or where they worked. Surprisingly, the answer was often yes, and Glick was able to create a more developed series about the Chinese community.

“All communities change”, Glick said. “However, the incredibly rapid growth and change distinguishes Chinatown from many other communities. What felt big at the time now seems small. Chinatown has expanded tremendously. It seems qualitatively different now”.
“Looking at the Chinatown of 30-plus years ago, I realize what a unique and fleeting time it was”, he continued. “Within that community of young immigrant families, there still existed (in the same place but in many ways separate) a remnant of a much earlier immigrant experience”. 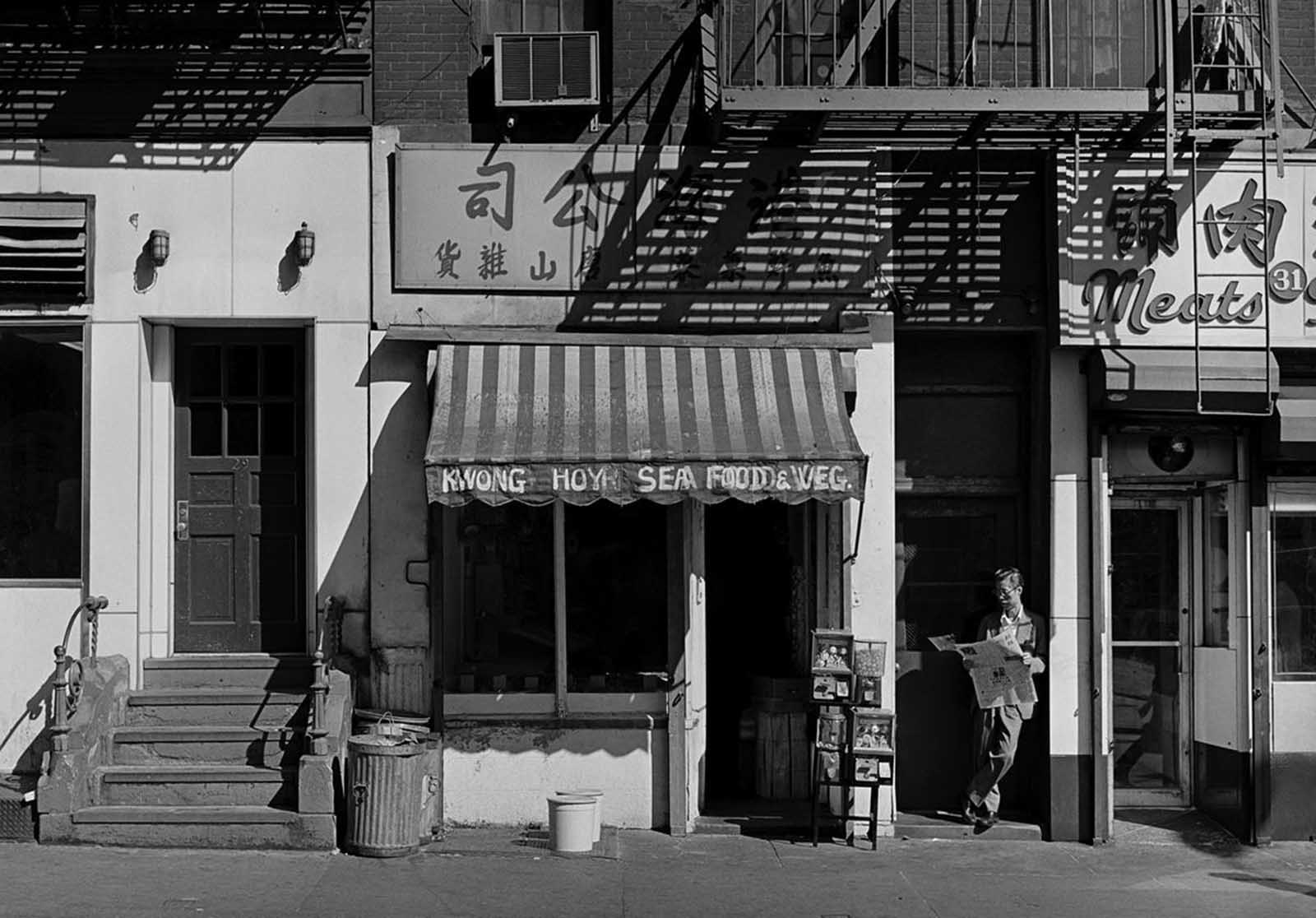 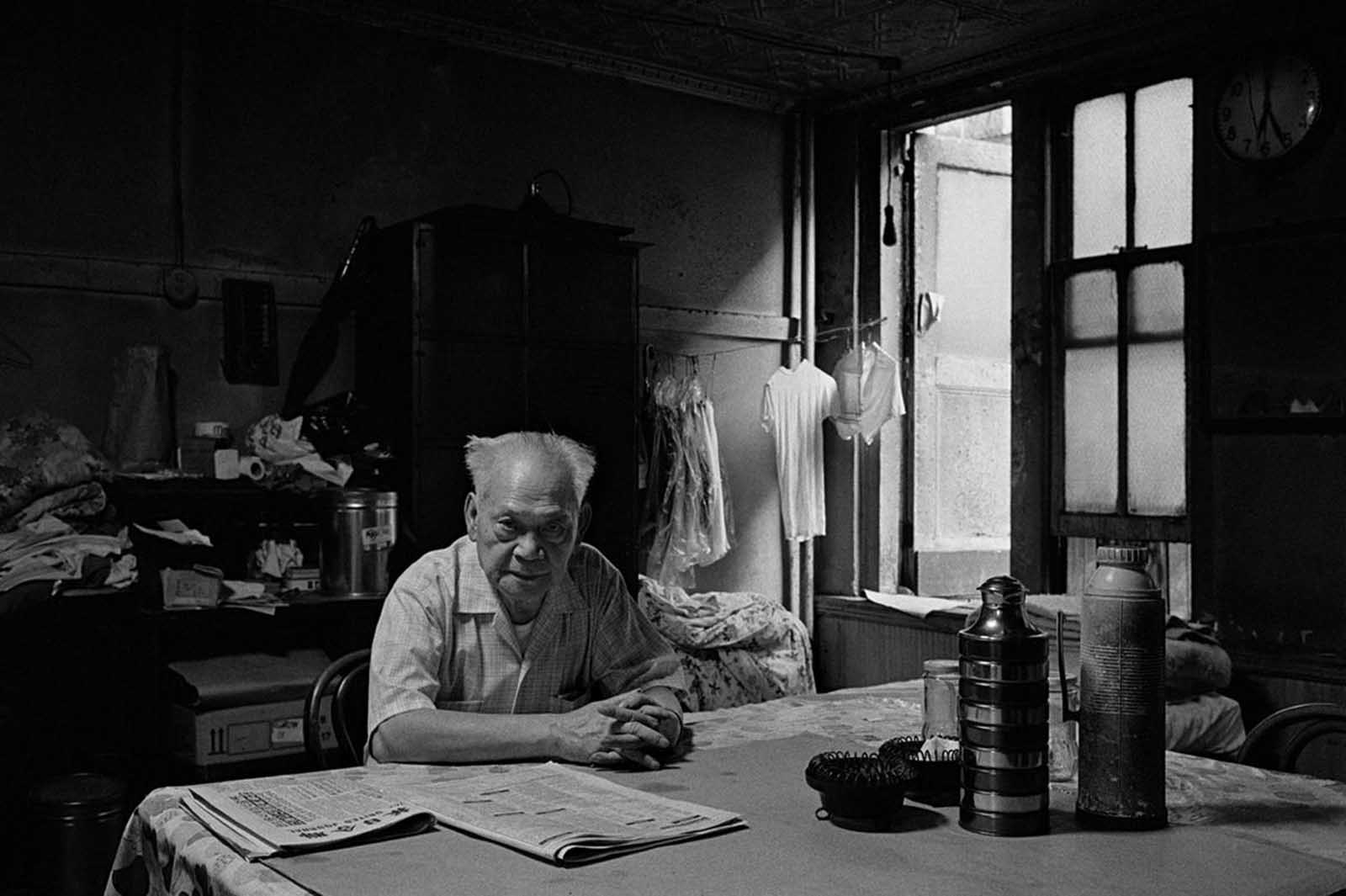 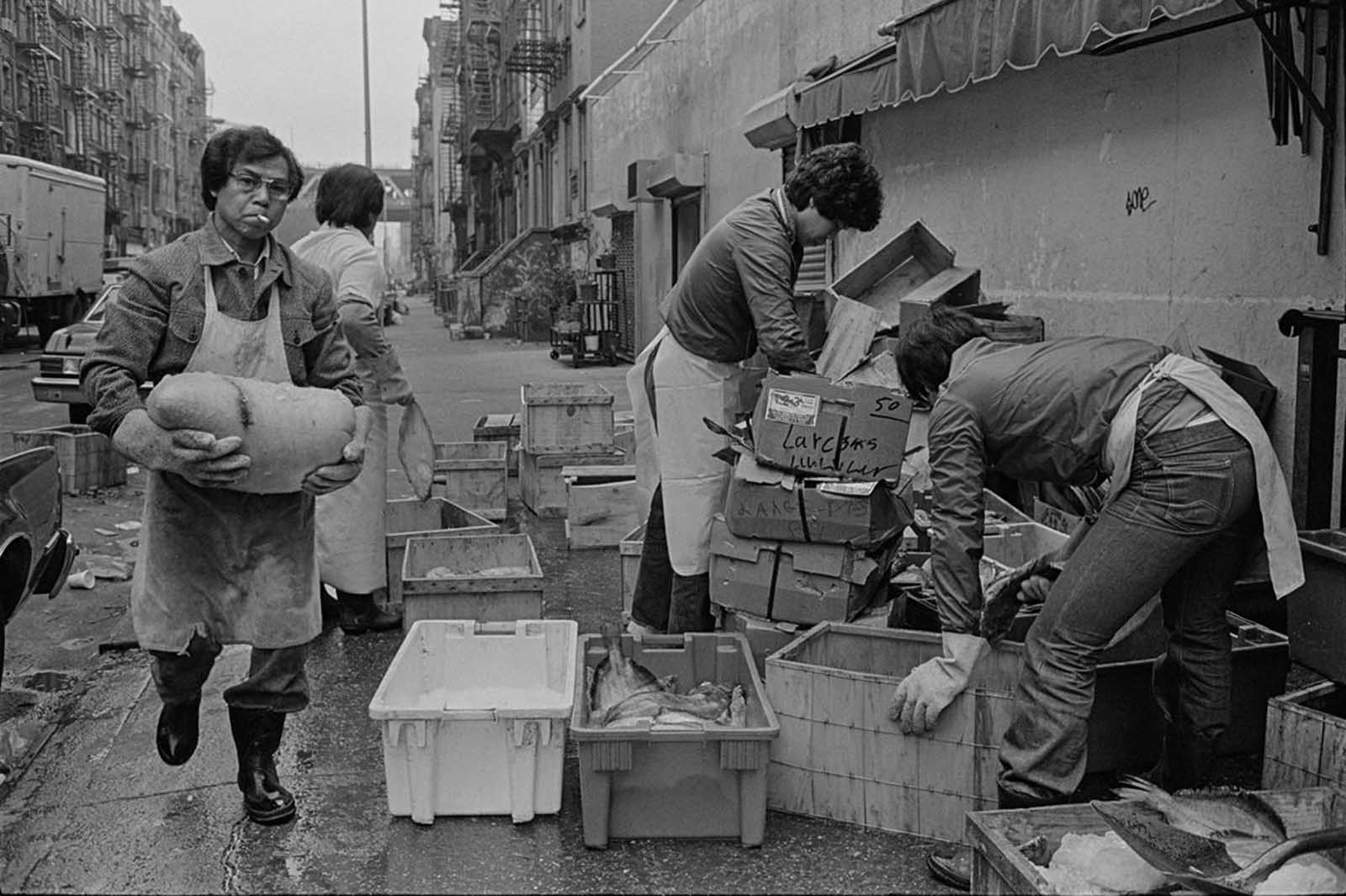 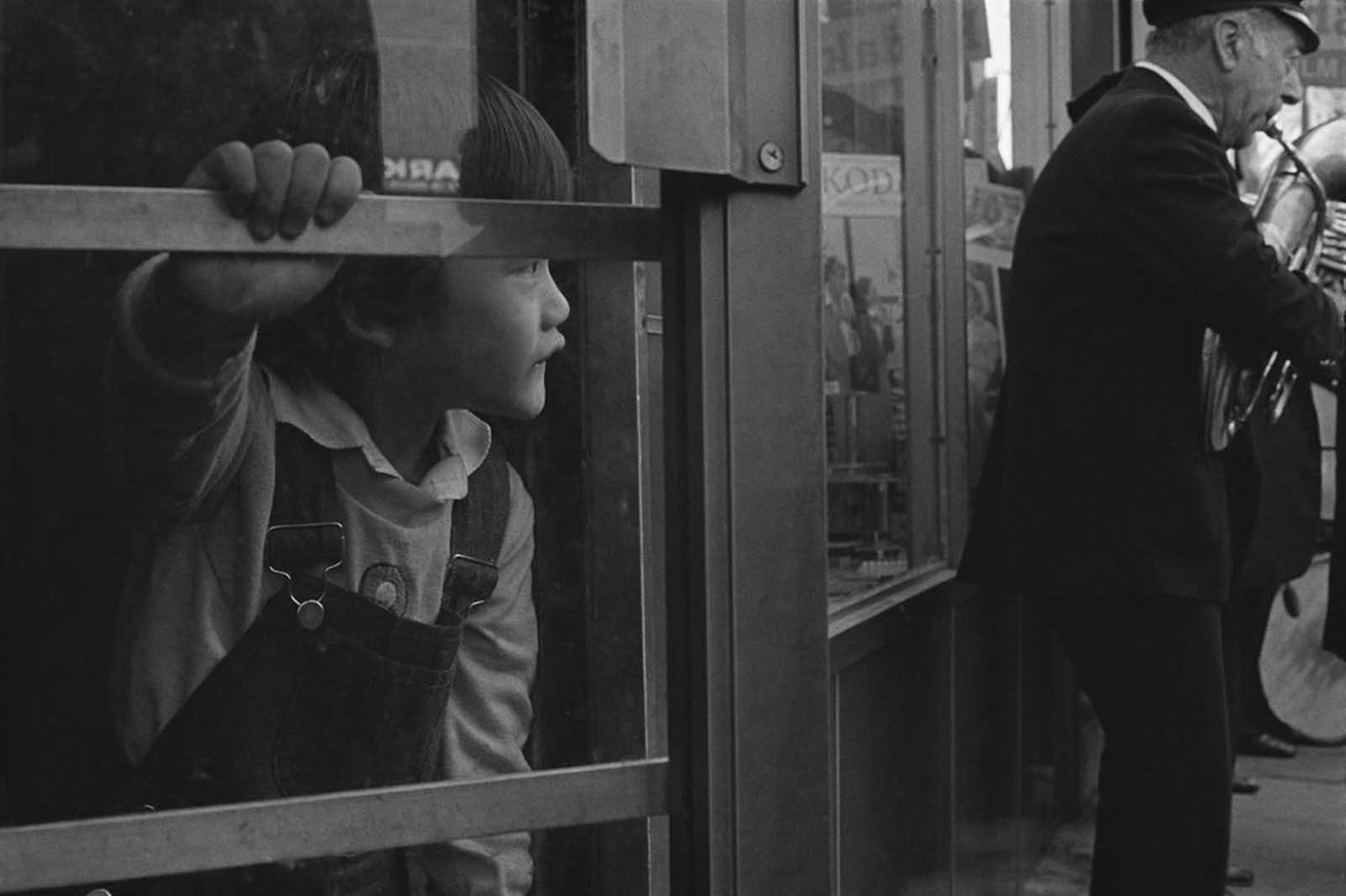 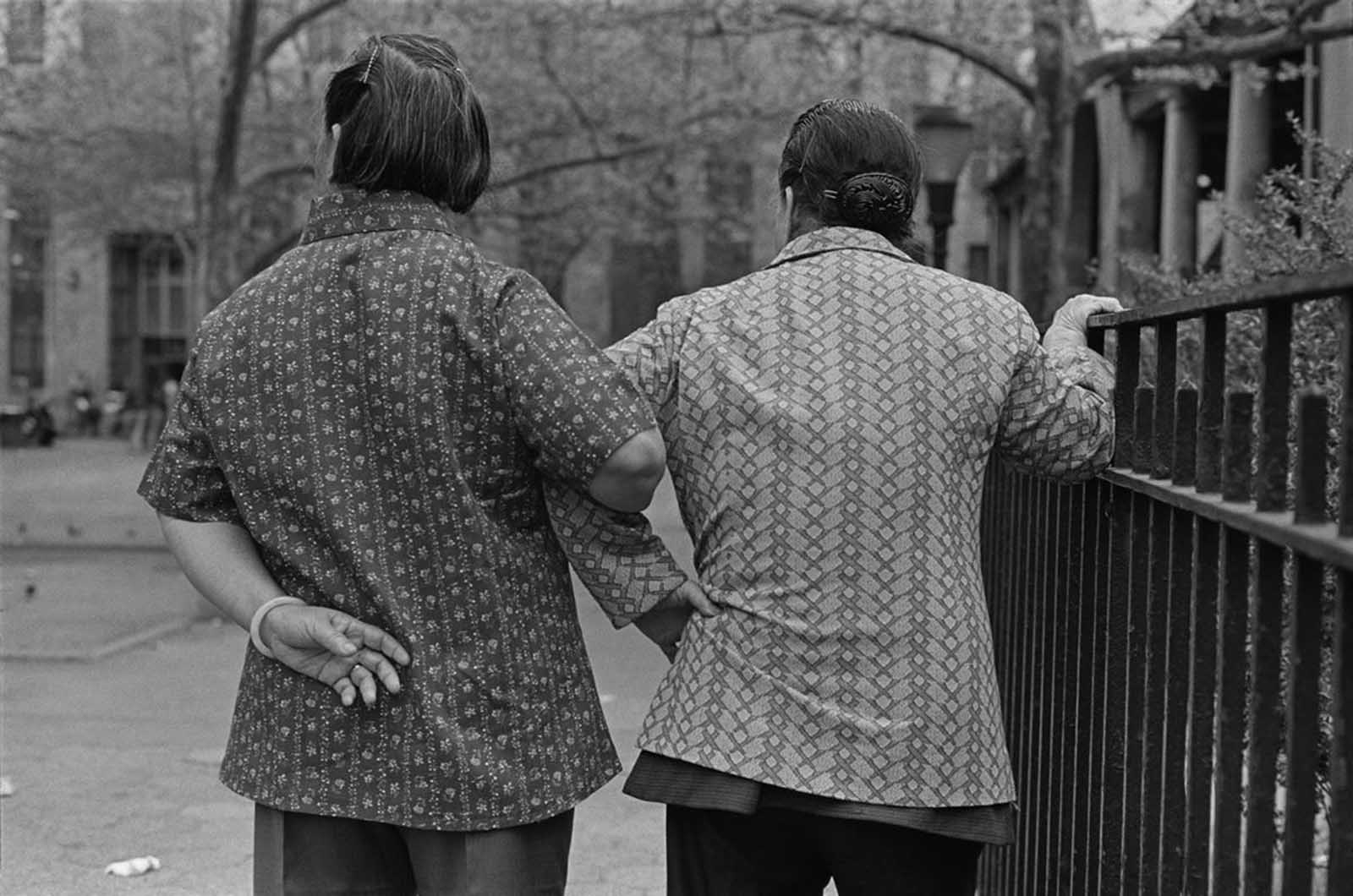 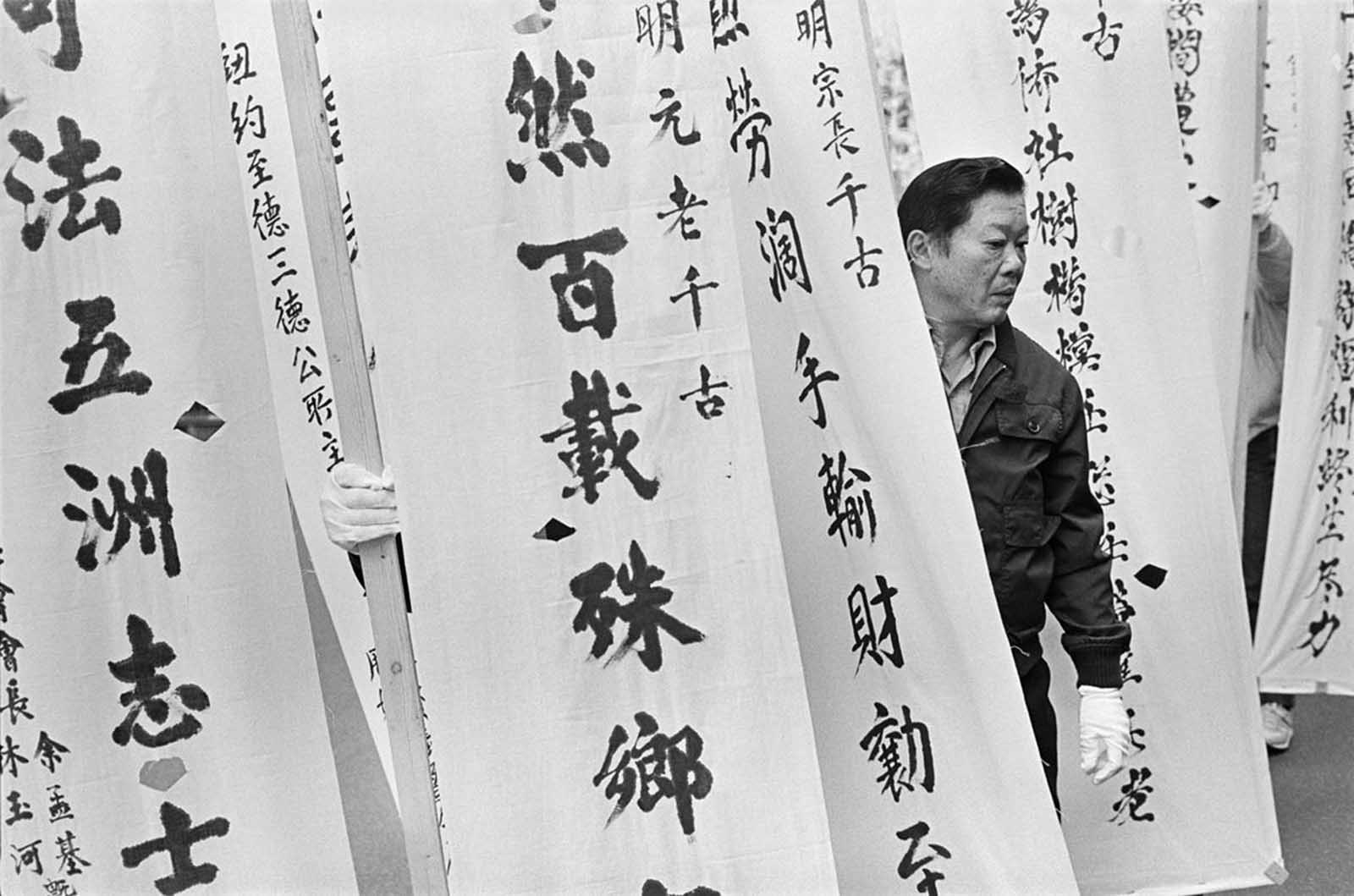 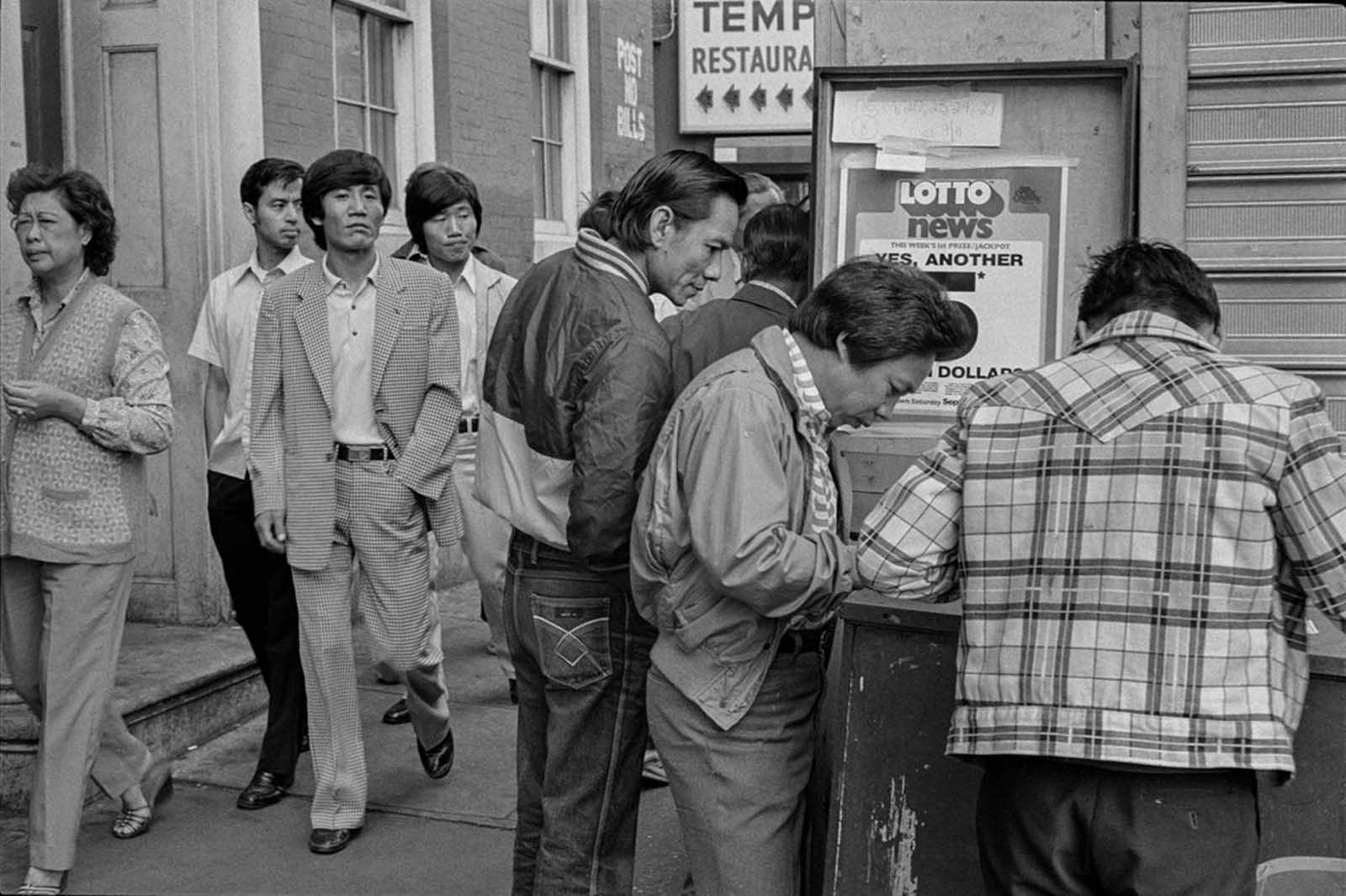 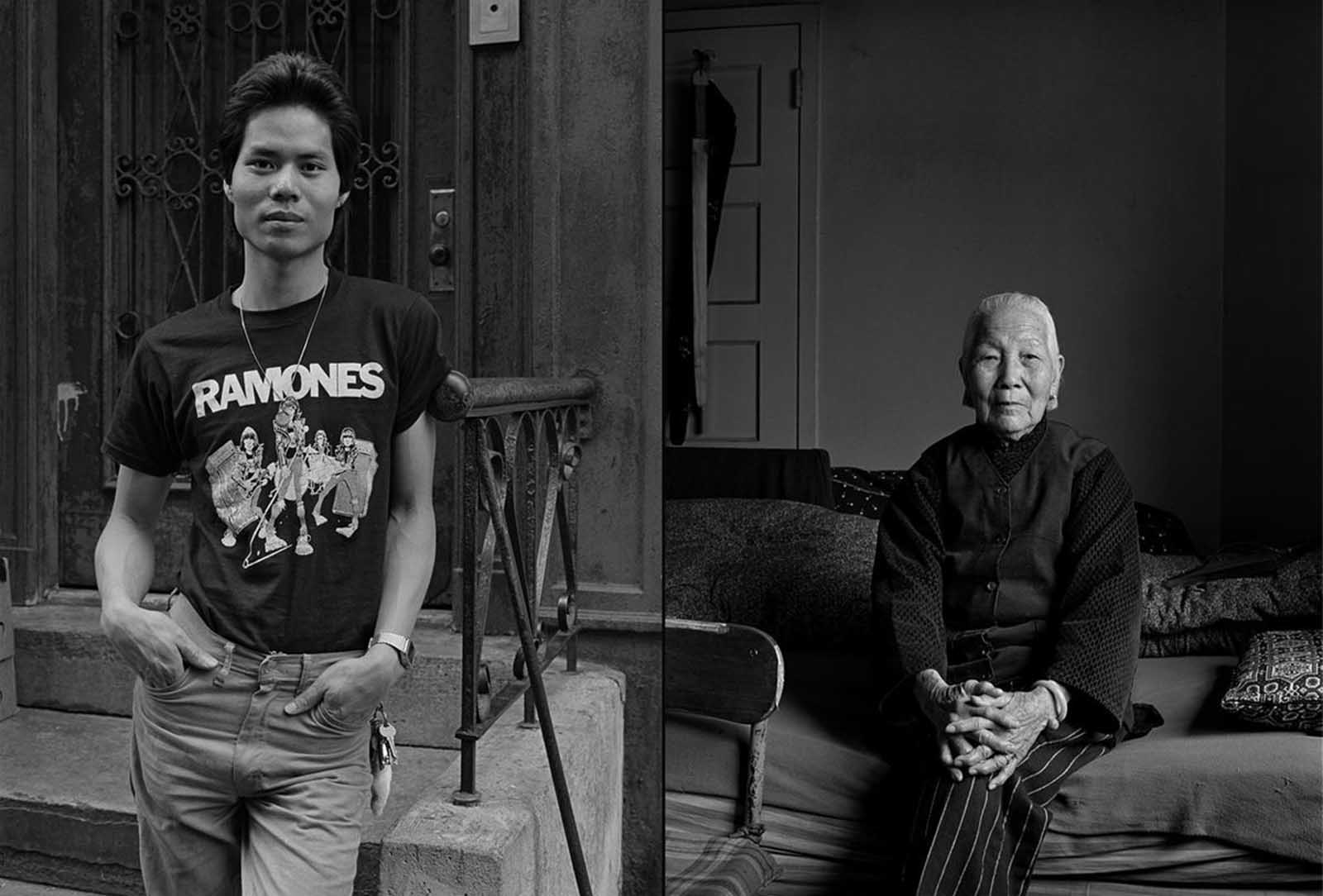 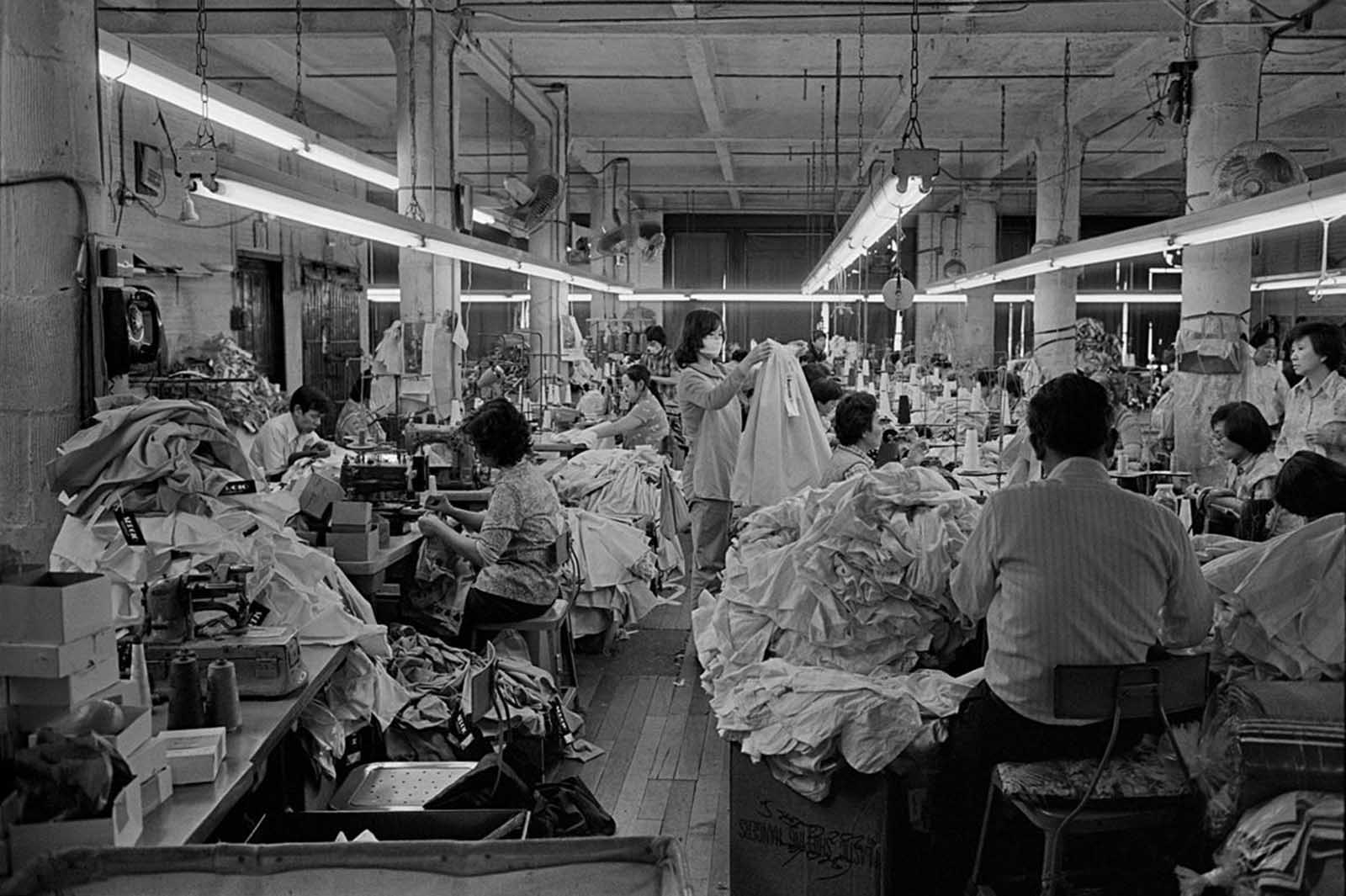 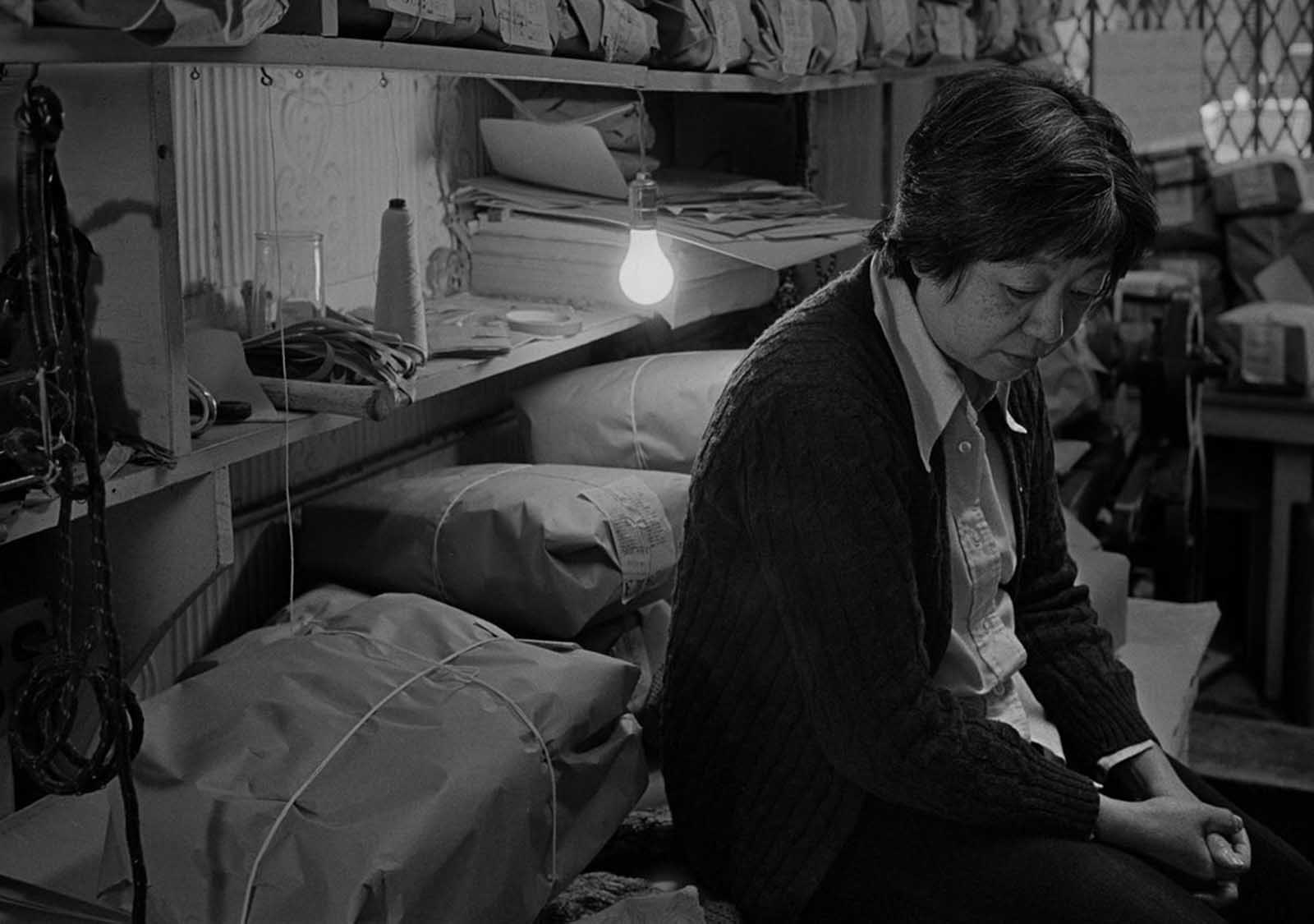 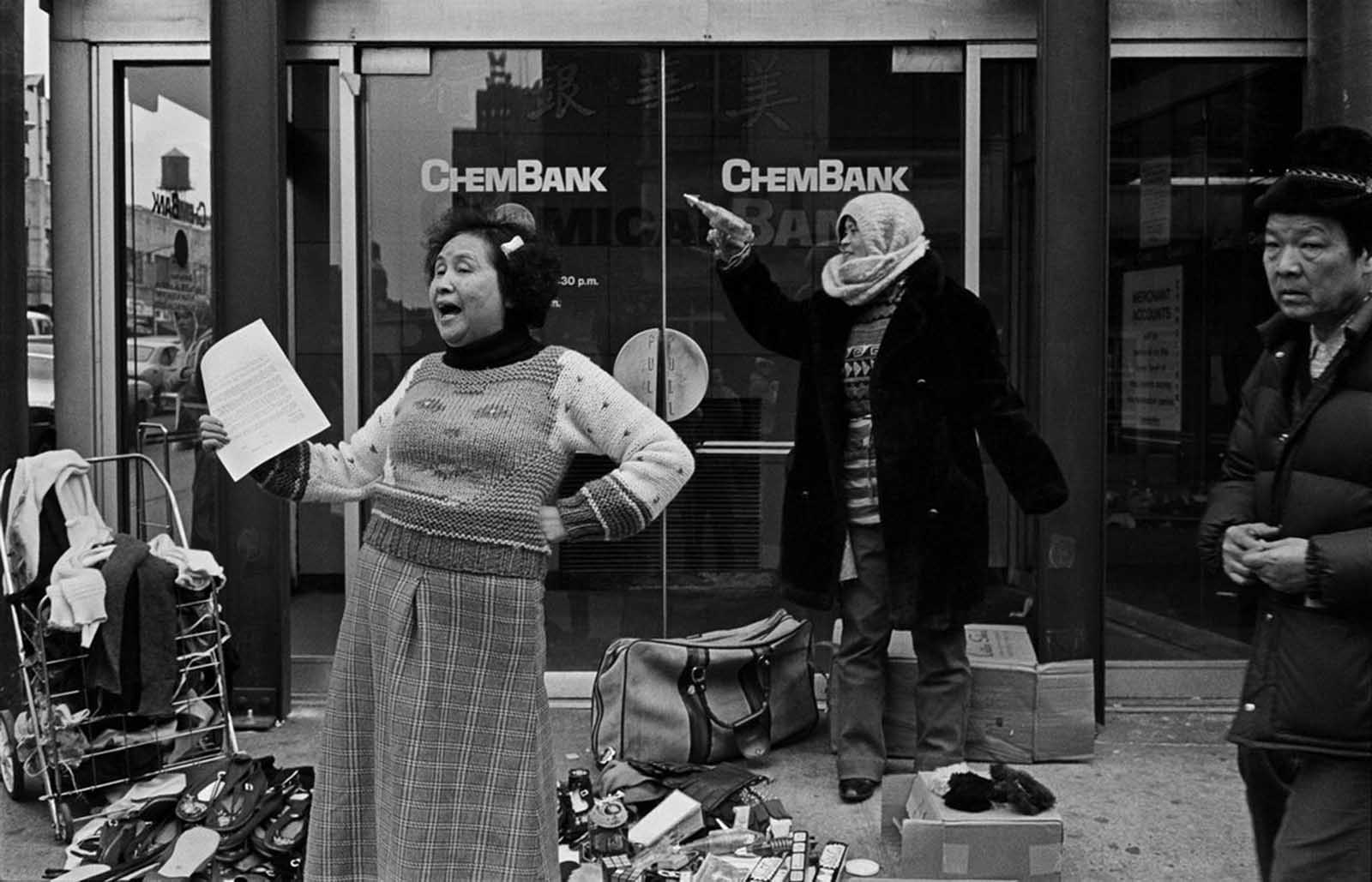 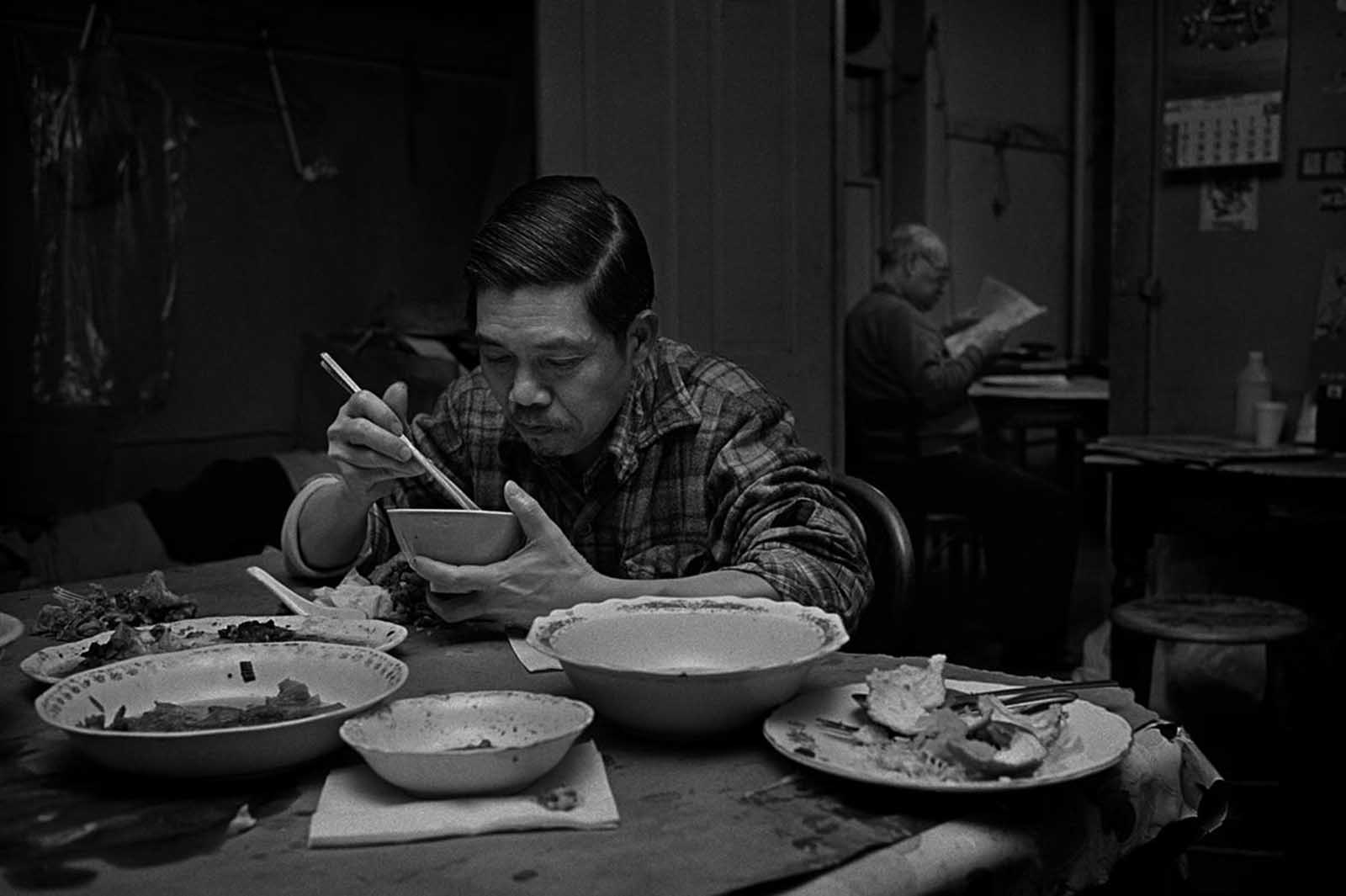 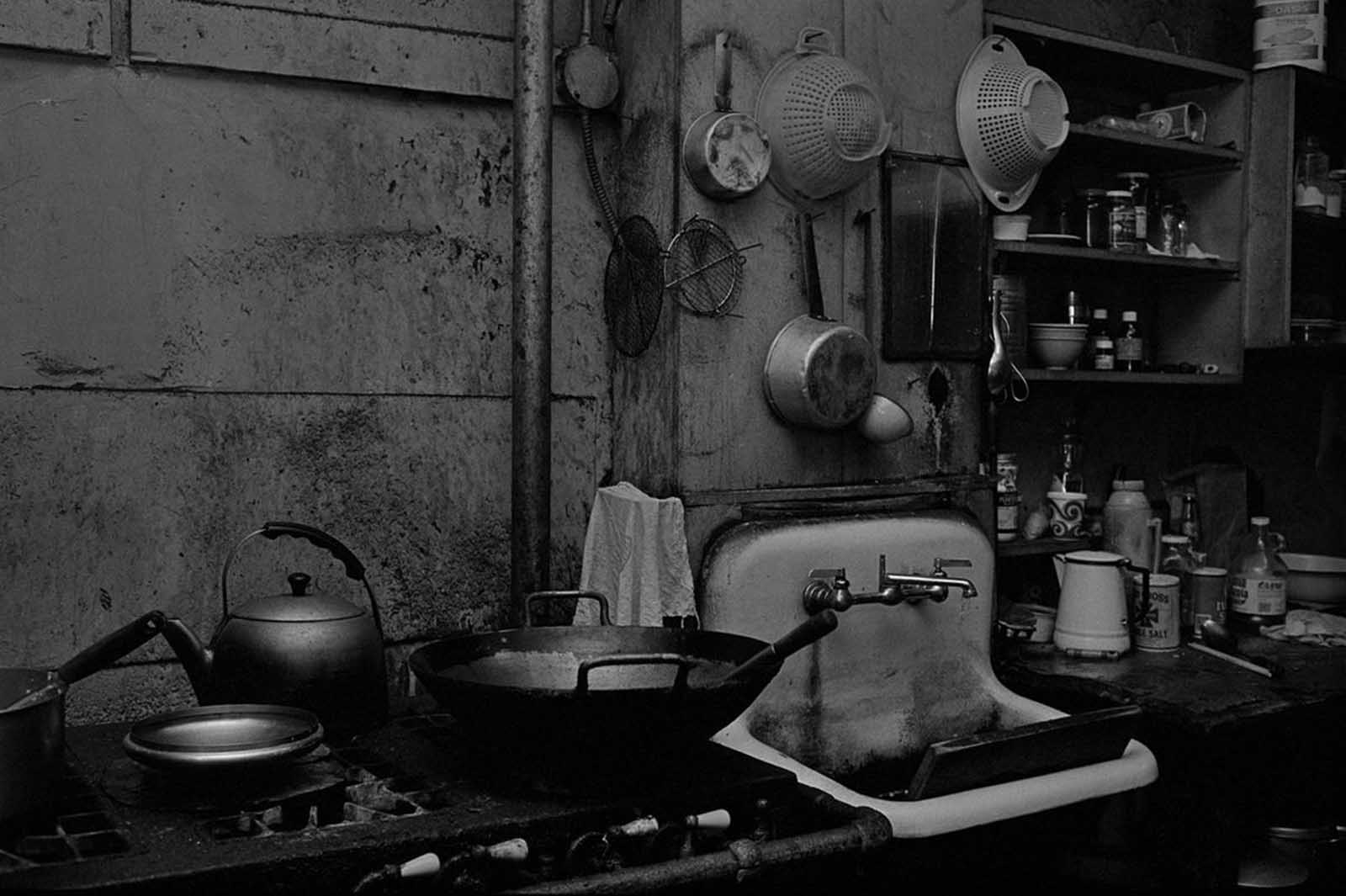 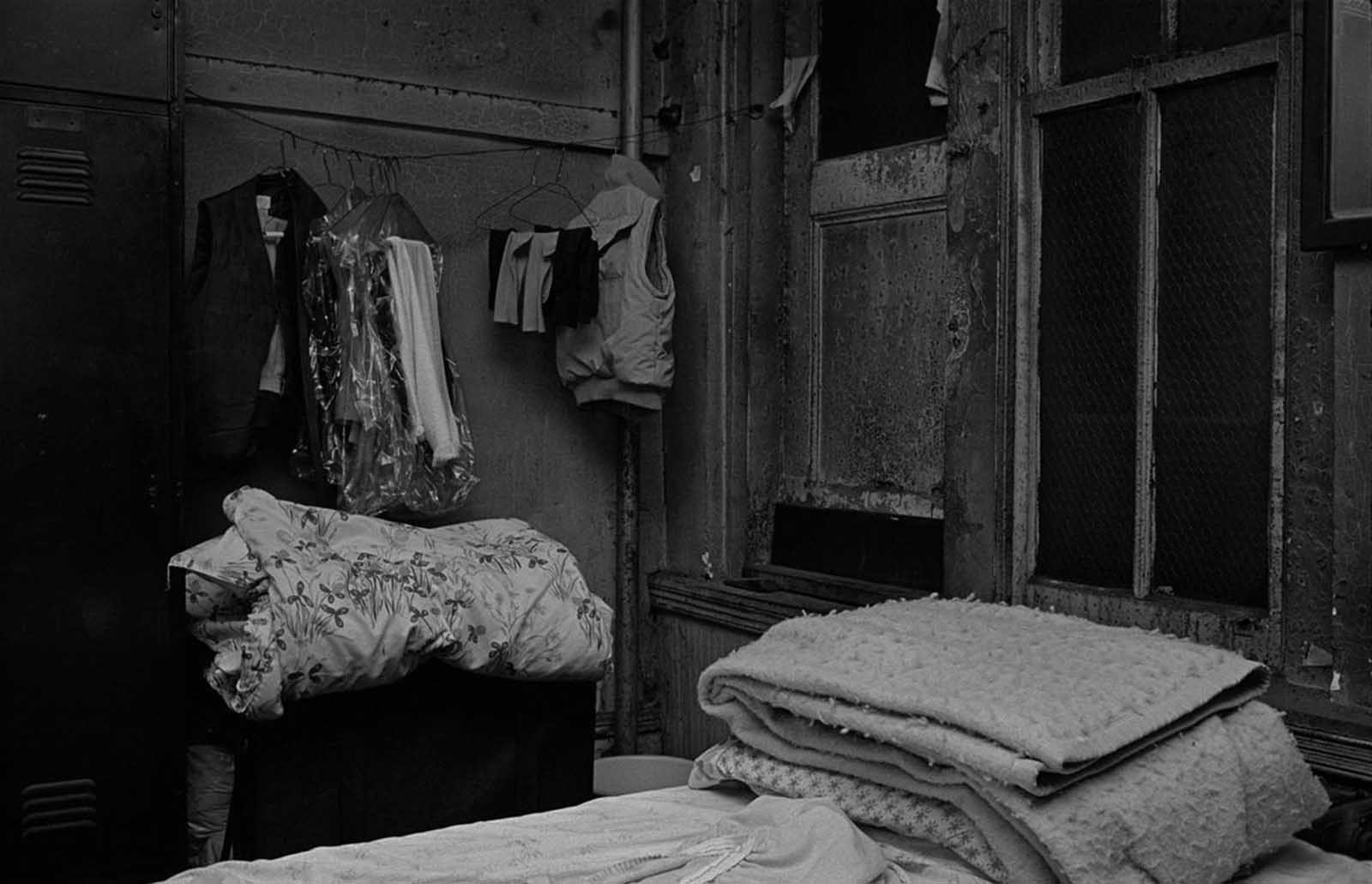 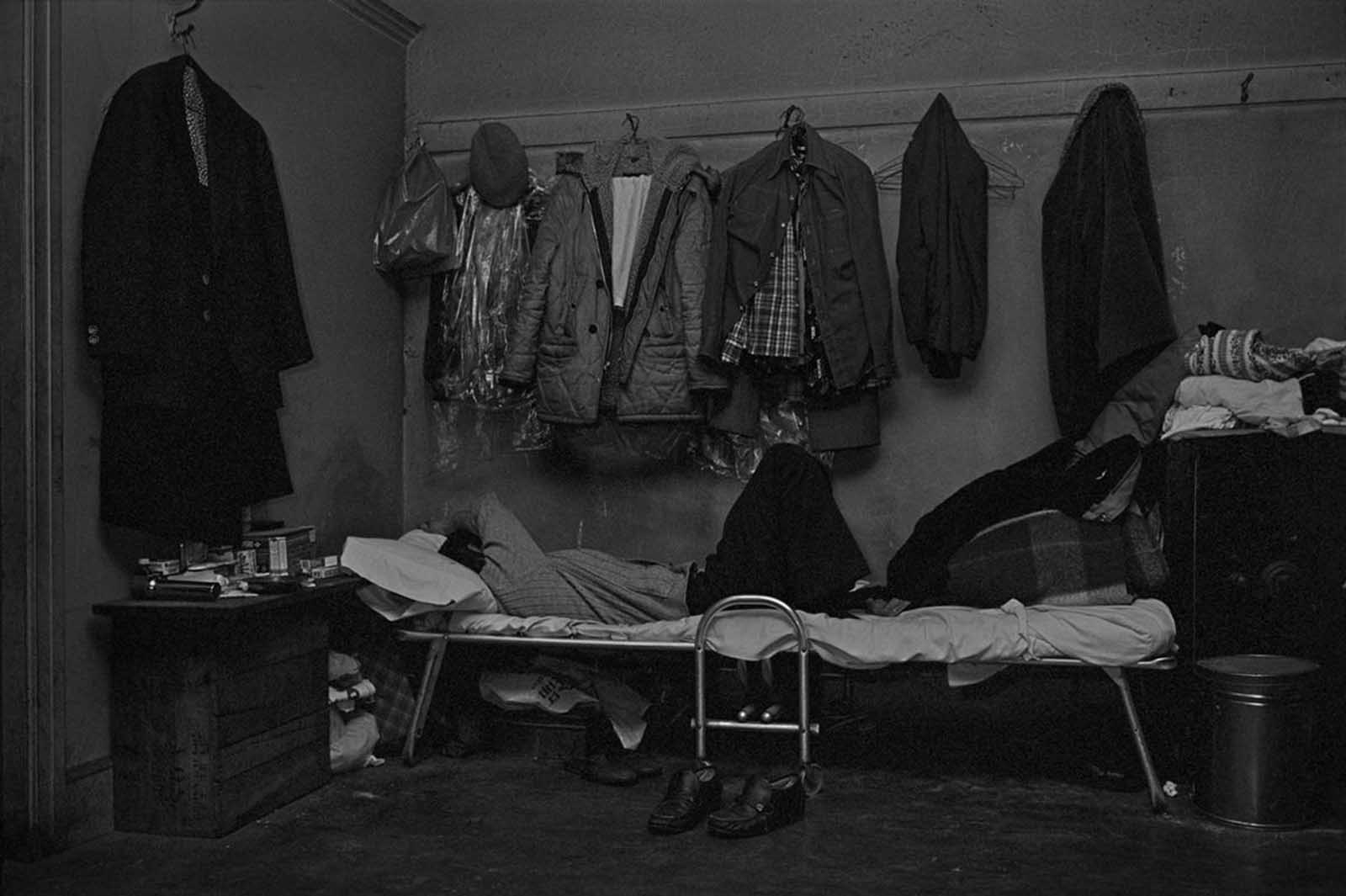 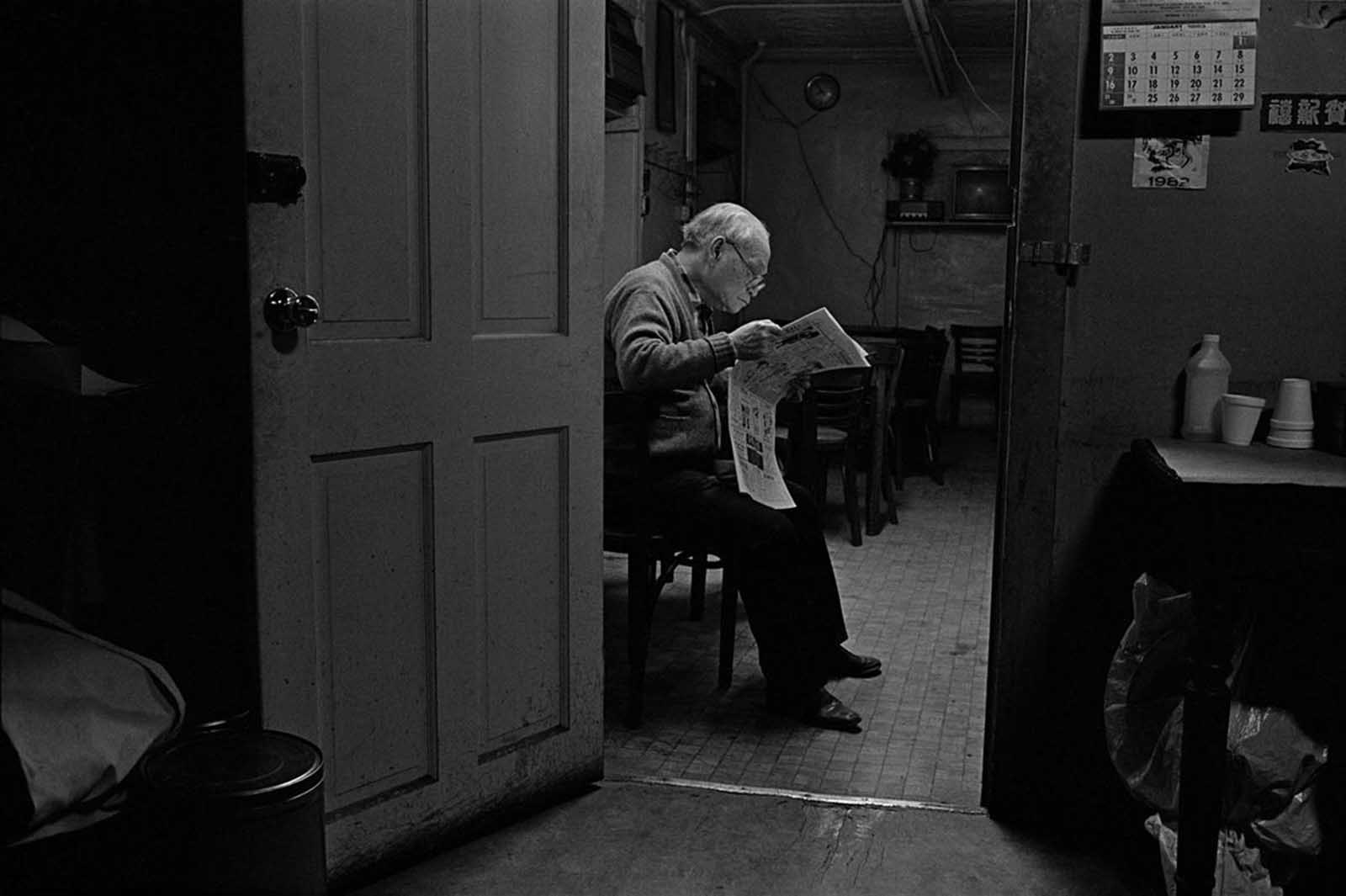 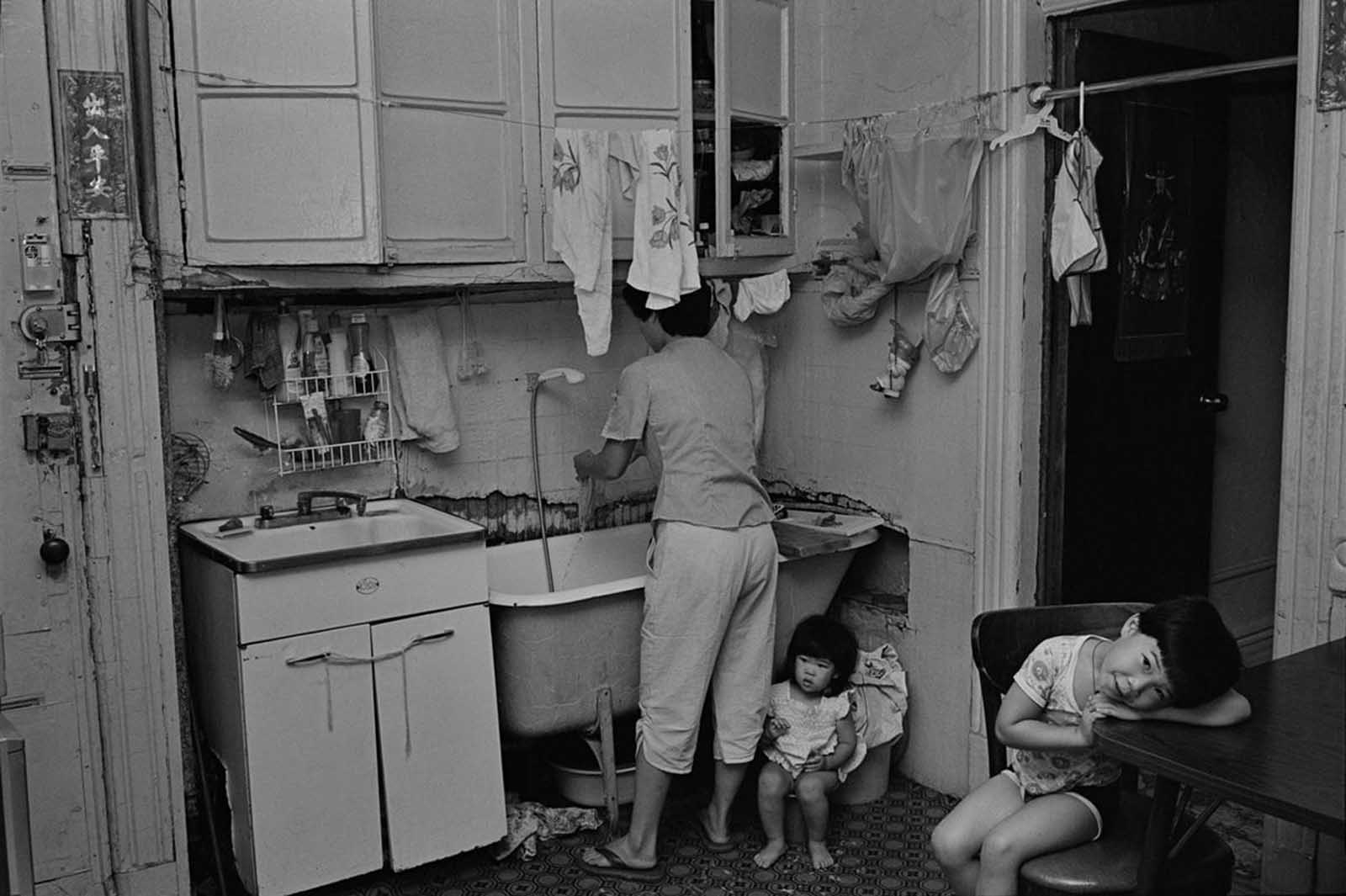 Rebecca with her children in their kitchen, 1982. 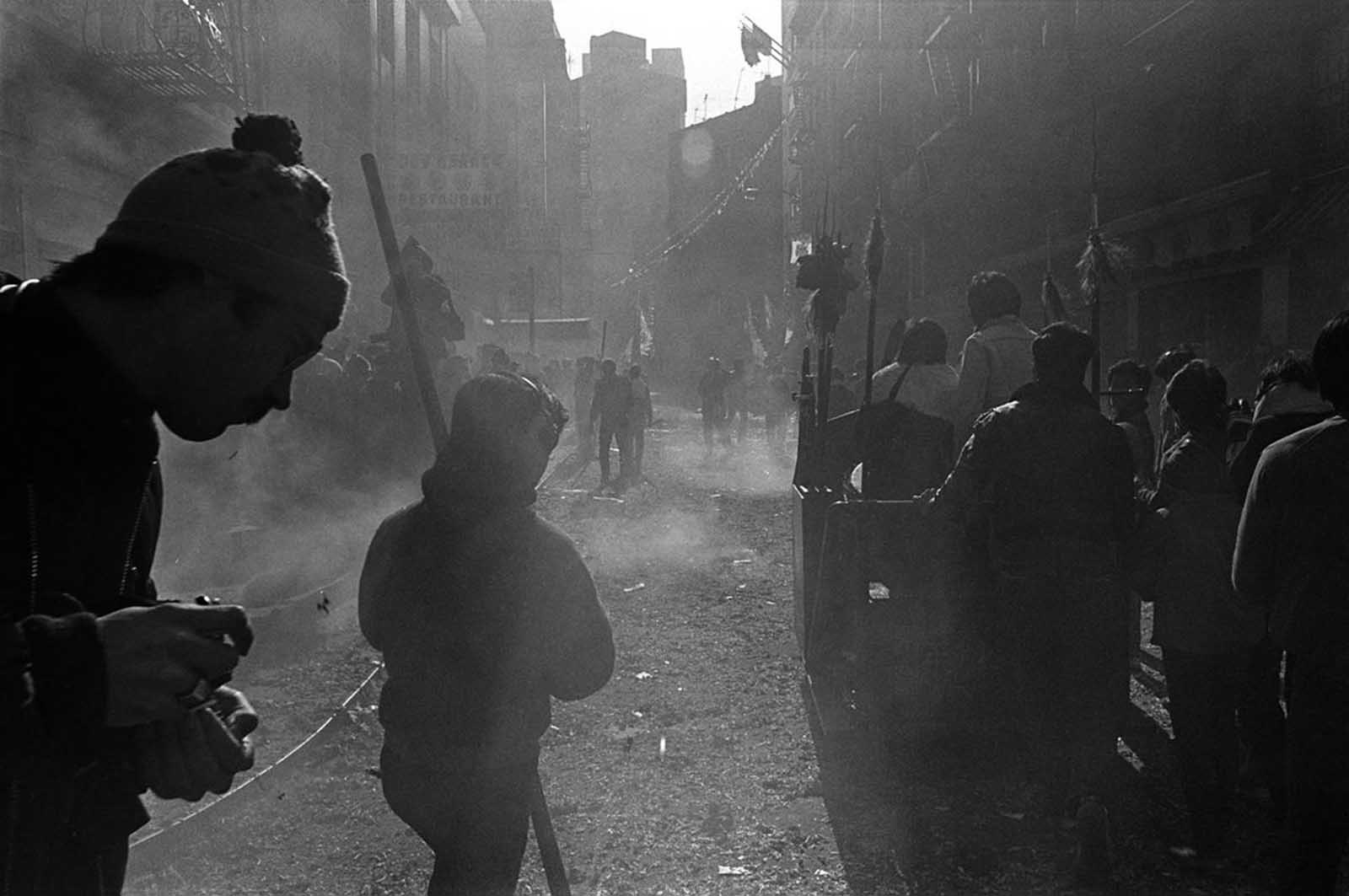 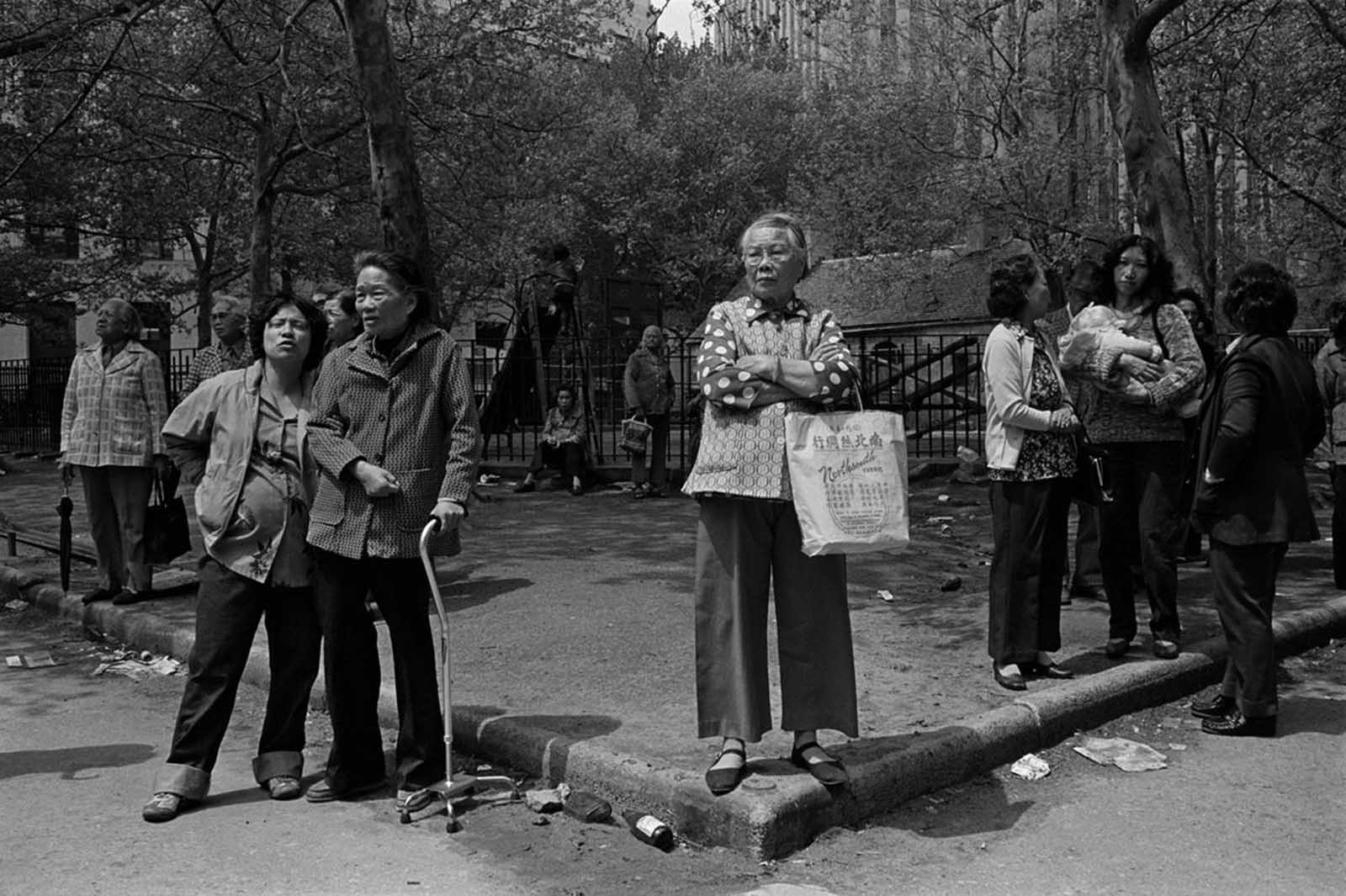 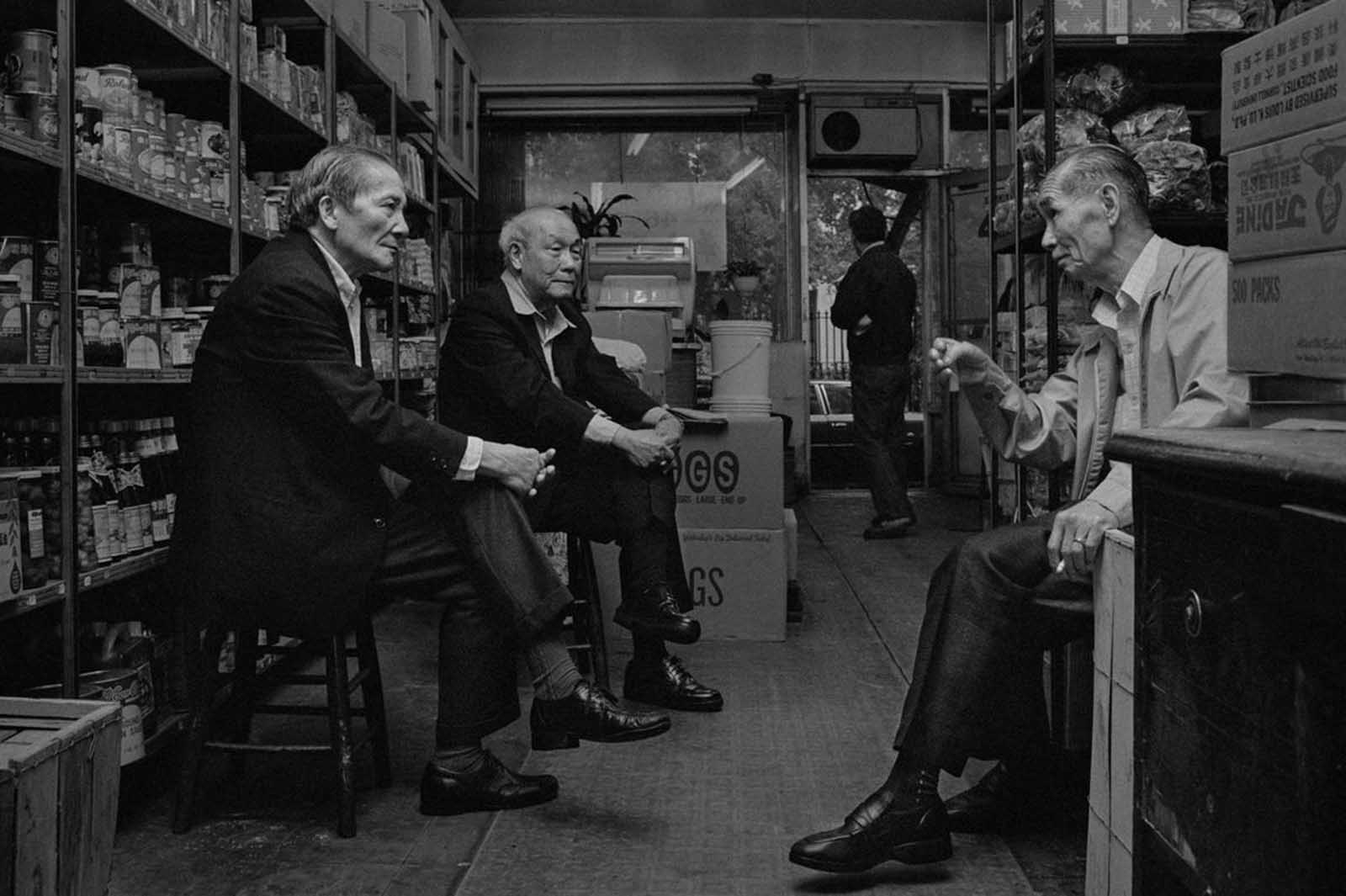 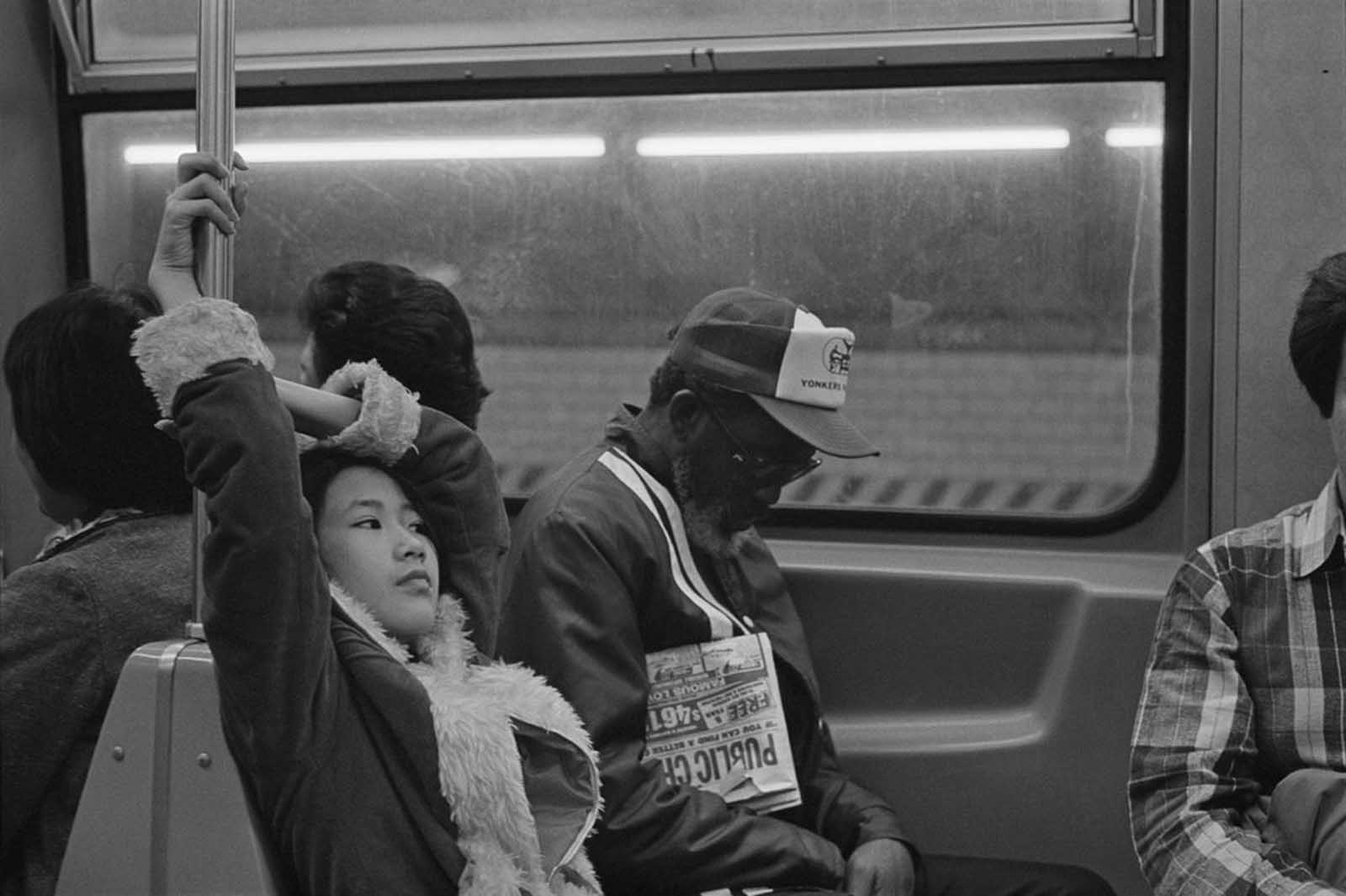