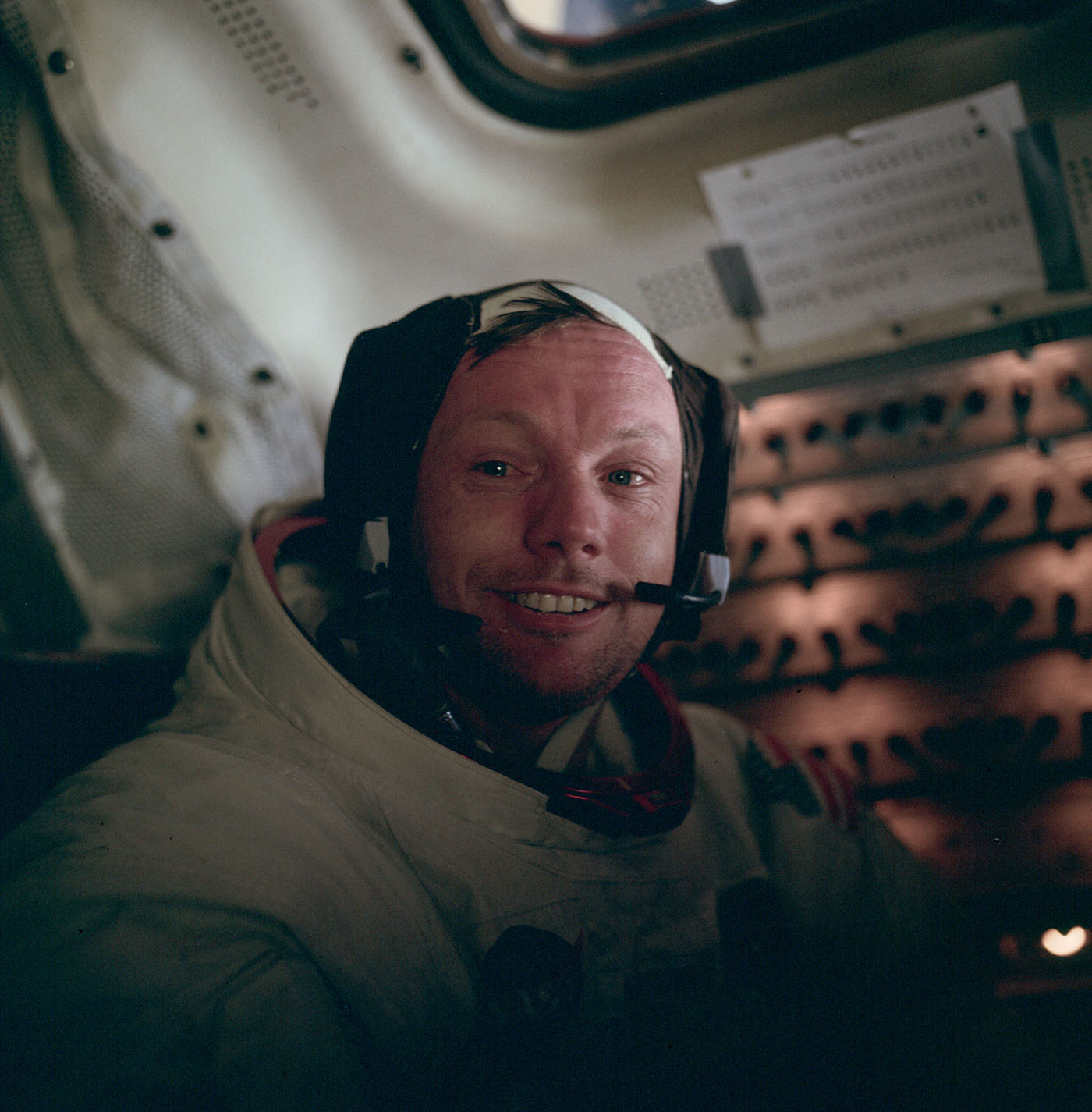 On July 20, 1969, Neil Armstrong became the first man to ever walk on the moon, starting a new era on the space exploration. We’re often subjected to the standard shots taken by Buzz Aldrin of the grey, rocky surface with a few faceless spacemen standing still and posing. That’s why this photo, rarely seen, is such an impeccable piece of history.

The look of pure joy, accomplishment and disbelief is just a testament to what the mankind can achieve. Aldrin snapped this shot of a teary-eyed Armstrong moments after he returned to the spacecraft and removed his helmet. His ecstasy is palpable; it is the face of a man so clearly awe-struck that all he can do is grin and cry. Armstrong would later describe his emotional state as “elated, ecstatic and extremely surprised that we were successful” – and we see it all, right here. “It suddenly struck me that, that tiny pea, pretty and blue, was the Earth. I put up my thumb and shut one eye, and my thumb blotted out the planet Earth. I didn’t feel like a giant. I felt very, very small”.

At 2:56 UTC July 21, 1969, Armstrong set the first human foot on another world. With more than half a billion people watching on television, he climbed down the ladder and proclaimed: “That’s one small step for a man, one giant leap for mankind”. Aldrin joins him shortly, and offers a simple but powerful description of the lunar surface: “magnificent desolation”. After helping to set up the Early Apollo Scientific Experiment Package, Armstrong went for a walk to what is now known as East Crater, 65 yards (59 m) east of the LM (Lunar Module), the greatest distance traveled from the LM on the mission.

They leave behind an American flag, a patch honoring the fallen Apollo 1 crew, and a plaque on one of Eagle’s legs. It reads: “Here men from the planet Earth first set foot upon the moon. July 1969 A.D. We came in peace for all mankind”. Armstrong’s final task was to remind Aldrin to leave a small package of memorial items to deceased Soviet cosmonauts Yuri Gagarin and Vladimir Komarov, and Apollo 1 astronauts Gus Grissom, Ed White and Roger B. Chaffee. The time spent on EVA during Apollo 11 was about two and a half hours, the shortest of any of the six Apollo lunar landing missions

Buzz took this picture of Neil in the cabin after the completion of the EVA. Neil has his helmet off but has not yet doffed his “Snoopy” cap. The circuit breaker panels are illuminated, and a small floodlight is on at the lower right. A circuit breaker chart has been fixed up on the wall with gray tape, below the rendezvous window in the cabin roof.