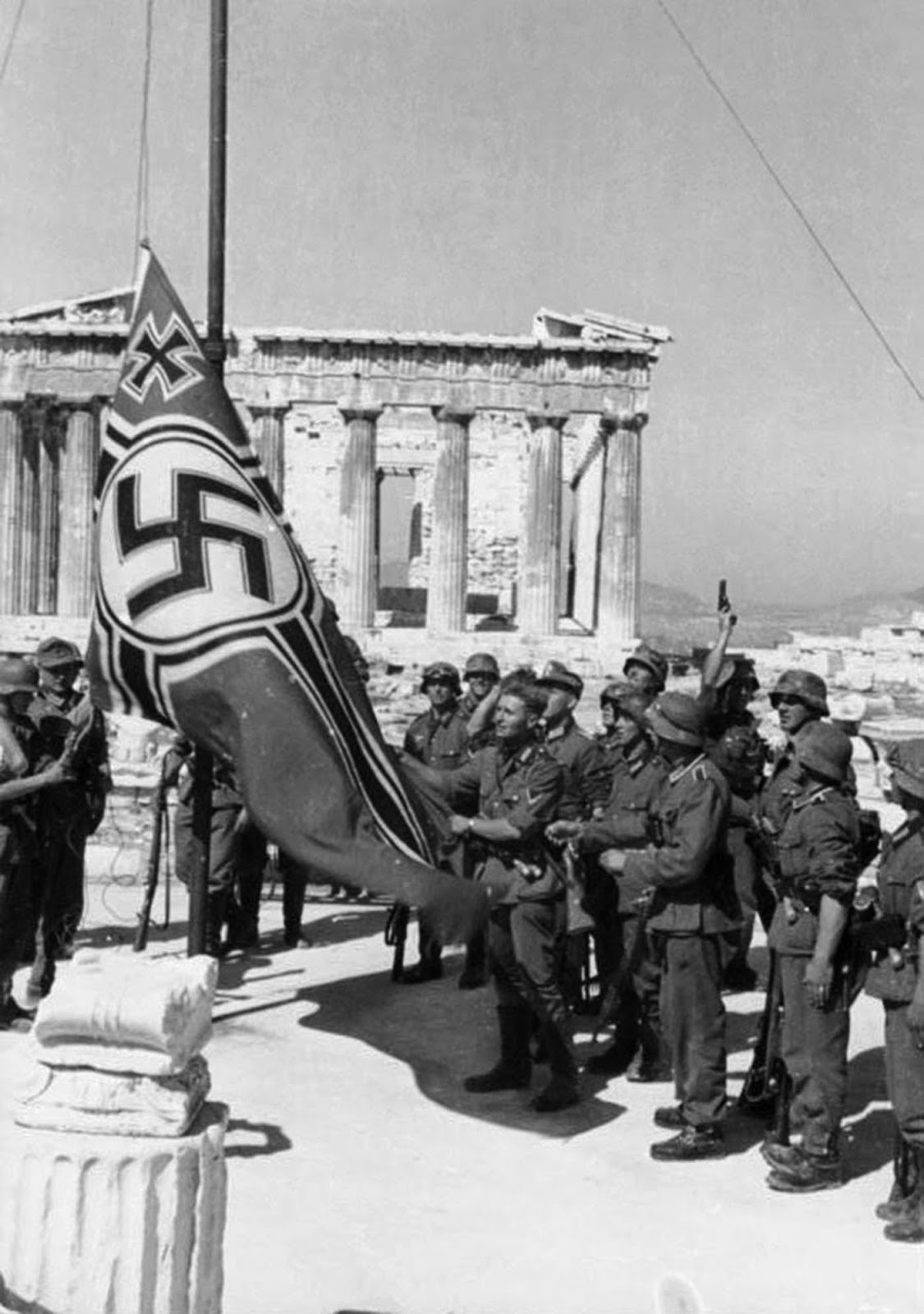 After the German 2nd Panzer Division captured Athens, they raised the Nazi German flag above the Acropolis as a sign of victory. This flag, the symbol of Greece’s occupation, would be taken down one month later in one of the first acts of the Greek Resistance. Two 19-year-old students secretly climbed the northwest face of the Acropolis and tore down the swastika banner. When looking at the photo from a philosophical view, it’s somewhat of a statement on where Western civilization had arrived in 1941, in the midst of a takeover by a regime based on racial ideology, genocide, and domination.

Germany invaded Greece to rescue Italy, after the latter’s invasion of Greece failed miserably. A rapid German Blitzkrieg campaign commenced in April 1941 and by June Greece was occupied by the Nazis who proceeded to administer the most important regions themselves, other regions of the country were given to Germany’s partners, Fascist Italy and Bulgaria. The occupation brought about terrible hardships for the Greek civilian population. Over 40,000 civilians died in Athens alone from starvation, tens of thousands more died because of reprisals by Nazis and collaborators.

The invasion of Greece cost Germany time, and forced it to postpone the invasion of the Soviet Union by about a month. Some historians argue that if Germany never had to help out Italy and invade Greece, thus having an extra month of good weather in Russia, things might have turned out little different in the Eastern Front. Looking back near the end of the war, as Germany’s inevitable and impending defeat loomed, Hitler attributed great blame to Mussolini’s invasion of Greece as the cause of his subsequent catastrophe.

Colored version of the photo.