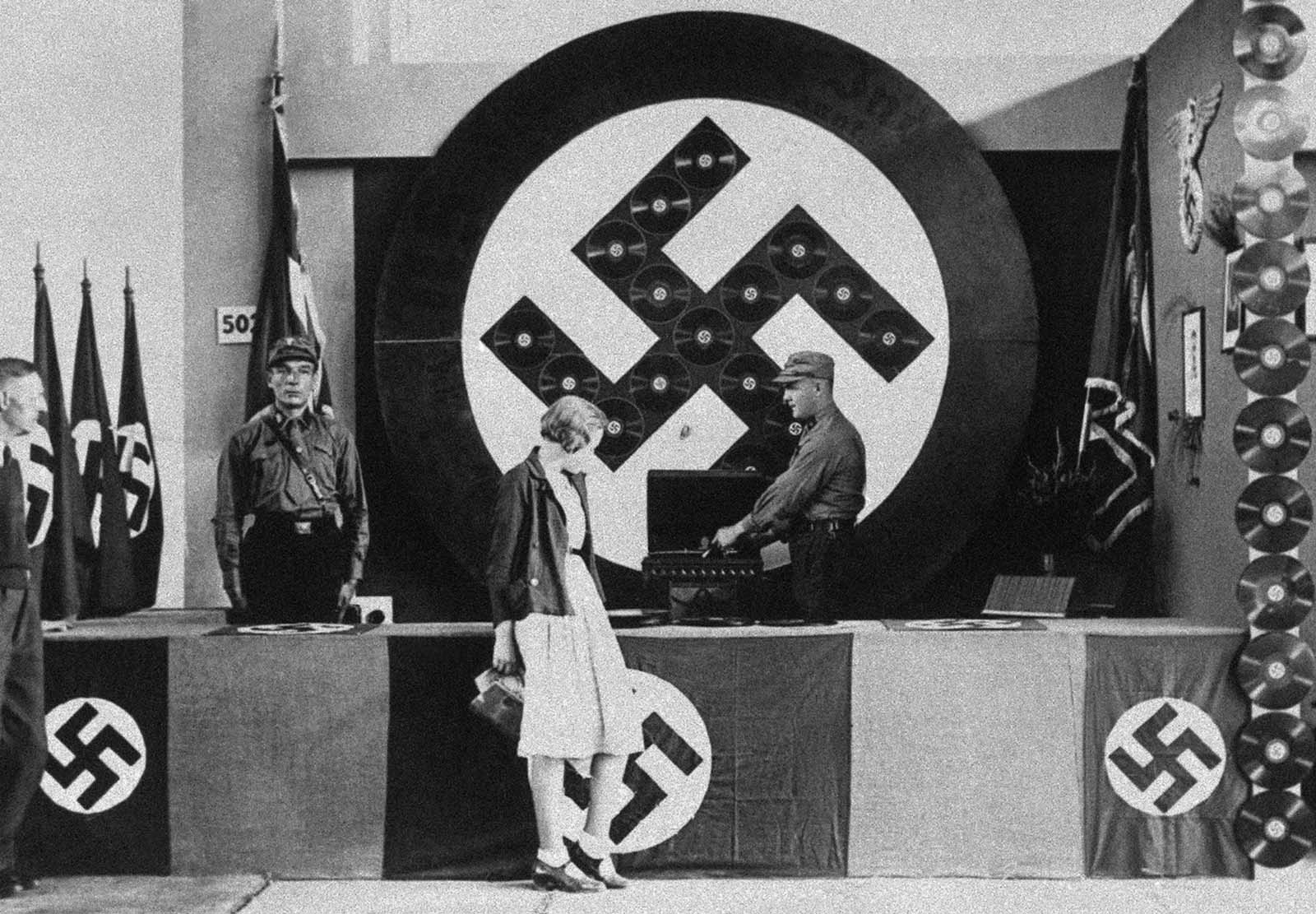 The booth was designed as propaganda of the Nazi gramophone plate industry.

The Nazi booth at a radio exhibition which started in Berlin on August 19, 1932. The booth was designed as propaganda of the Nazi gramophone plate industry which produced only records of the national socialist movement.

Propaganda was an essential tool of the Nazi movement. They understood the power of emerging technologies, such as films, radio, and television, to disseminate their message into homes and workplaces.

The gramophone was a key piece of this propaganda. With it, Nazis were able to play key speeches on the streets of Germany using loudspeakers mounted on trucks.

They were also used in homes and local meetings to advance the agenda. Later when Nazis came to power, Goebbels’ Ministry of Propaganda encouraged the production of home listening devices at affordable prices.

Adolf Hitler devoted three chapters of his 1925/26 book Mein Kampf to the study and practice of propaganda. Assessing his audience, Hitler writes in chapter VI:

Mein Kampf contains the blueprint of later Nazi propaganda efforts. A”Propaganda must always address itself to the broad masses of the people. (…) All propaganda must be presented in a popular form and must fix its intellectual level so as not to be above the heads of the least intellectual of those to whom it is directed. (…)

The art of propaganda consists precisely in being able to awaken the imagination of the public through an appeal to their feelings, in finding the appropriate psychological form that will arrest the attention and appeal to the hearts of the national masses.

The broad masses of the people are not made up of diplomats or professors of public jurisprudence nor simply of persons who are able to form reasoned judgment in given cases, but a vacillating crowd of human children who are constantly wavering between one idea and another. (…)

The great majority of a nation is so feminine in its character and outlook that its thought and conduct are ruled by sentiment rather than by sober reasoning. This sentiment, however, is not complex, but simple and consistent. It is not highly differentiated but has only the negative and positive notions of love and hatred, right and wrong, truth and falsehood.