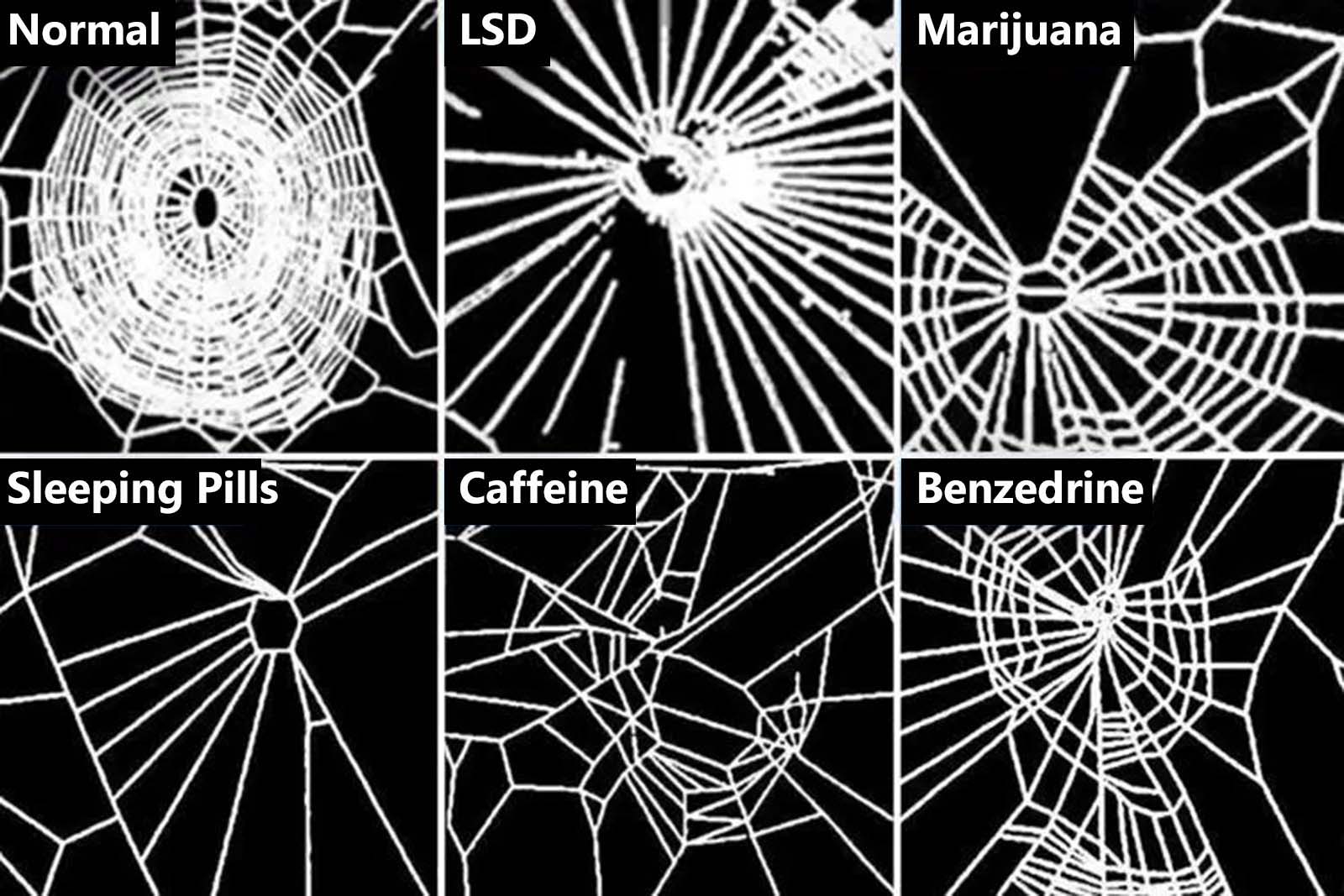 A NASA study from 1995 shows just how different drugs affect the spiders’ ability to make webs.

A NASA tech briefing “Using Spider-Web Patterns To Determine Toxicity” was published in April 1995. The work was done by researchers at Marshall Space Flight Center to see how various substances — including caffeine — affect spider web patterns.

According to the briefing, the purpose of the study was to examine how toxic a chemical is by exposing spiders to it and comparing how their webs differed from that of a normal spider web.

The researchers exposed spiders to a range of different chemicals, including caffeine, marijuana, and Benzedrine — a type of amphetamine — and noted how they spun their webs under the influence of each of those substances. The experiment was performed on European garden spiders.

The article noted: “It appears that one of the most telling measures of toxicity is a decrease, in comparison with a normal web, of the numbers of completed sides in the cells: the greater the toxicity, the more sides the spider fails to complete.” 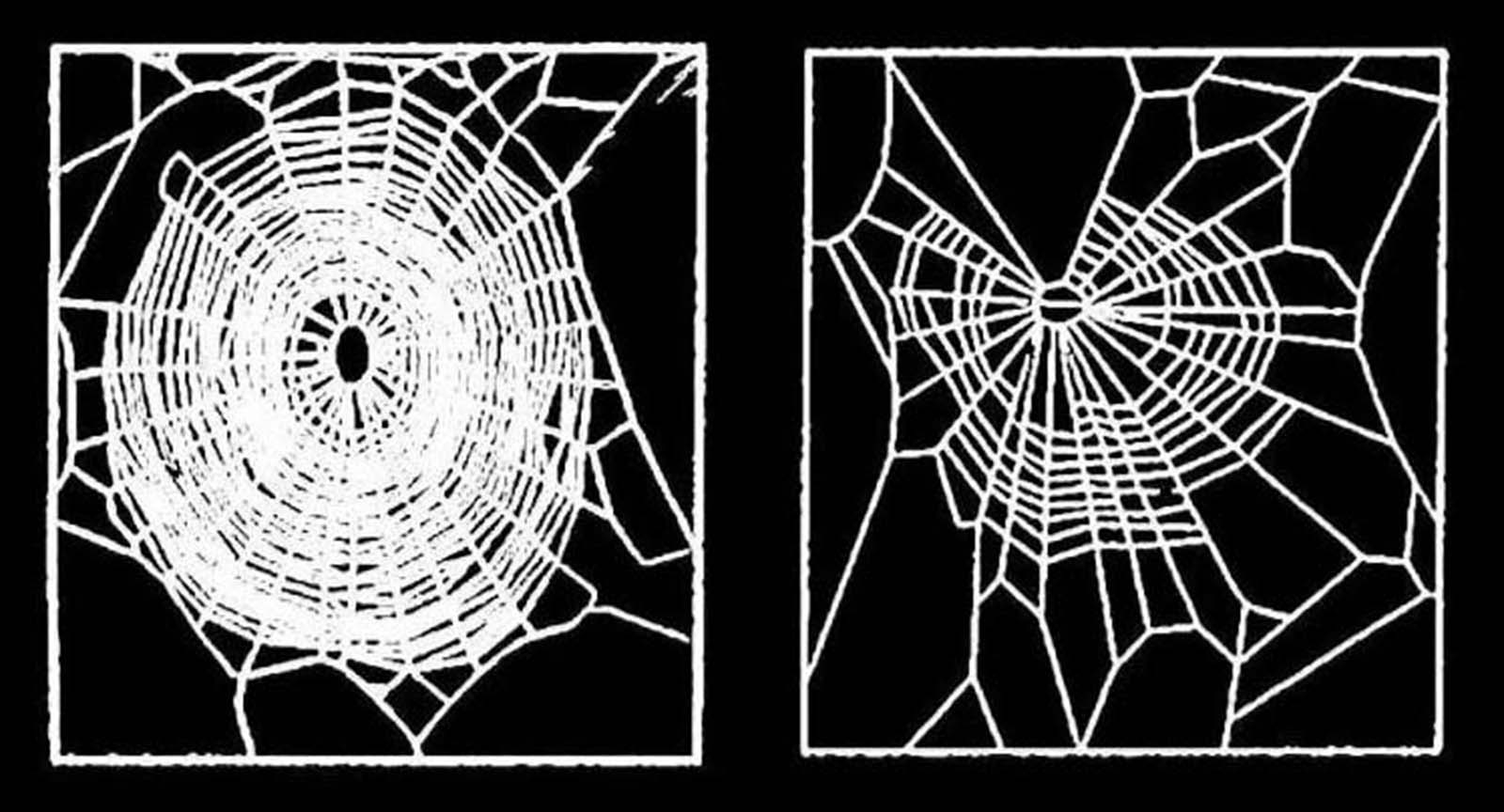 A web made by a spider on marijuana on the right (normal web is on the left).

This wasn’t the first time that this kind of experiment was done on spiders. In 1948, Swiss pharmacologist Peter N. Witt started his research on the effect of drugs on spiders. The initial motivation for the study was a request from his colleague, zoologist H. M. Peters, to shift the time when garden spiders build their webs between 2 a.m. and 5 a.m., which apparently annoyed Peters, to earlier hours.

Witt tested spiders with a range of psychoactive drugs, including amphetamine, mescaline, strychnine, LSD, and caffeine, and found that the drugs affect the size and shape of the web rather than the time when it is built.

The drugs were administered by dissolving them in sugar water, and a drop of solution was touched to the spider’s mouth. In some later studies, spiders were fed with drugged flies. For qualitative studies, a well-defined volume of solution was administered through a fine syringe. The webs were photographed for the same spider before and after drugging.

NASA’s results were qualitatively similar to those of Witt, but the novelty was that the pattern of the spider web was quantitatively analyzed with modern statistical tools, and proposed as a sensitive method of drug detection.

NASA’s researchers said this approach to toxicity testing could serve as an alternative to testing harmful chemicals on what they referred to as “higher animals,” which they said was “becoming increasingly restricted by law.”

A normal web on the left next to a web made by a spider on LSD. 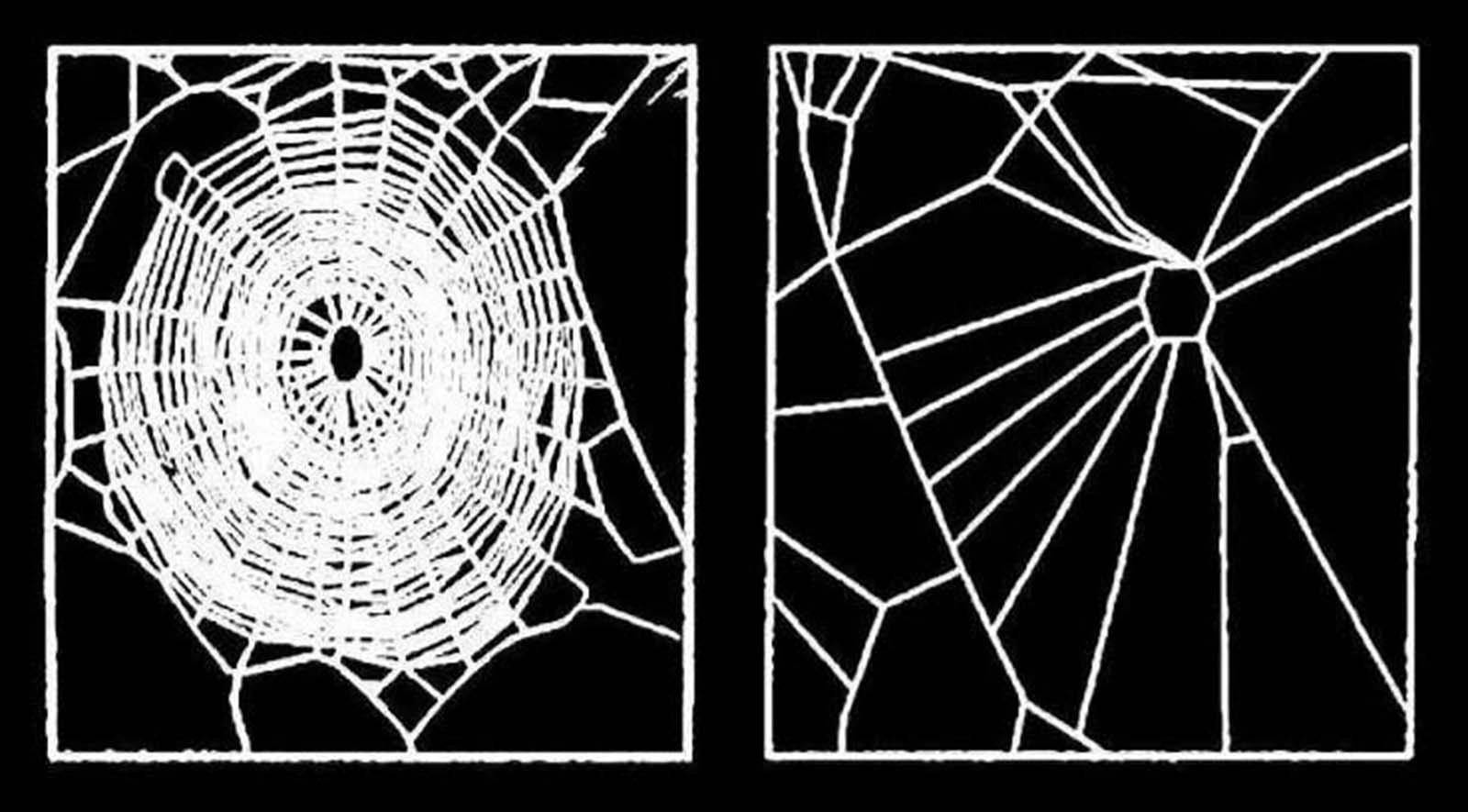 A normal web on the left and a web made by a spider on chloral hydrate (sleeping pills). 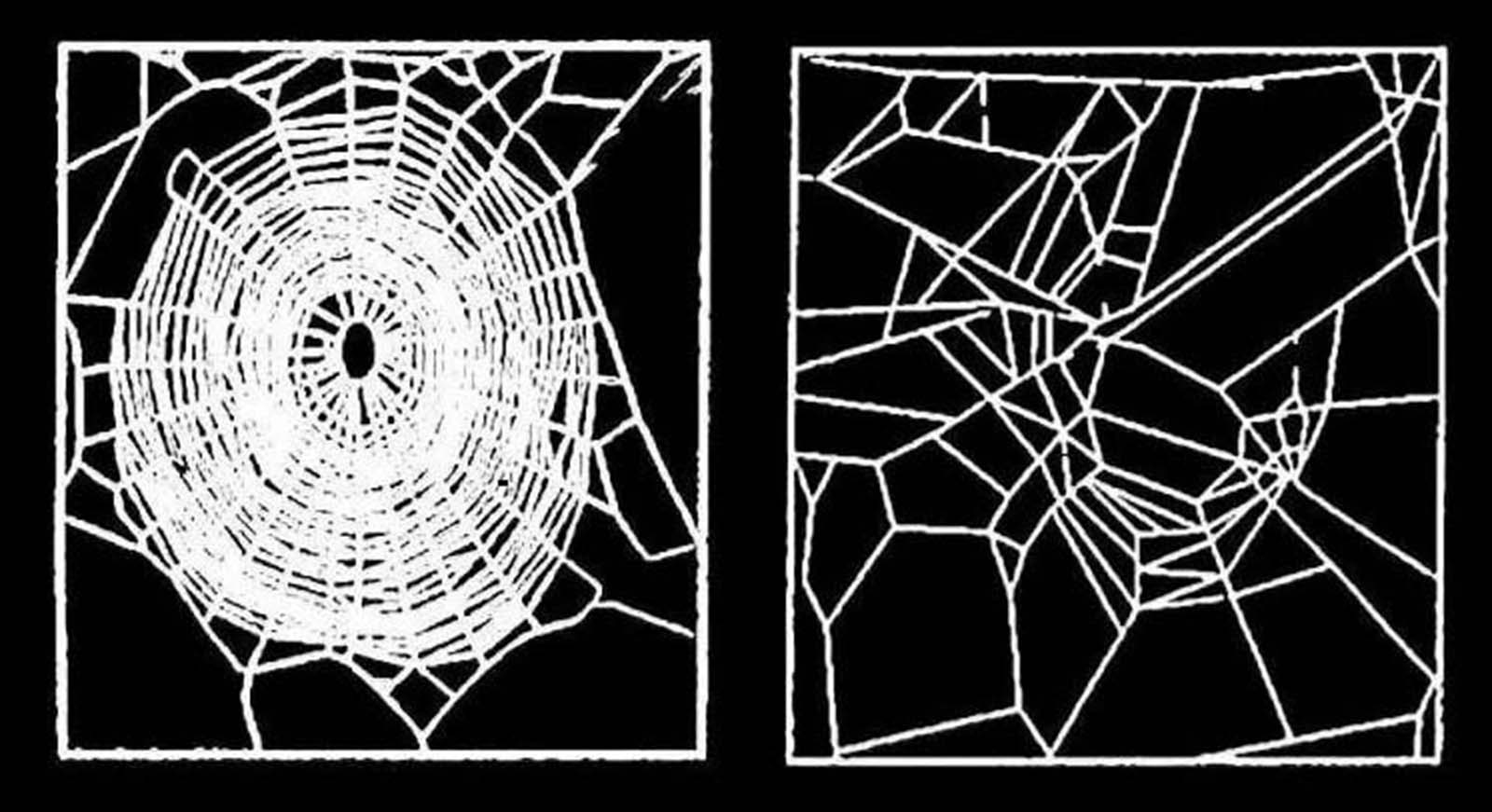 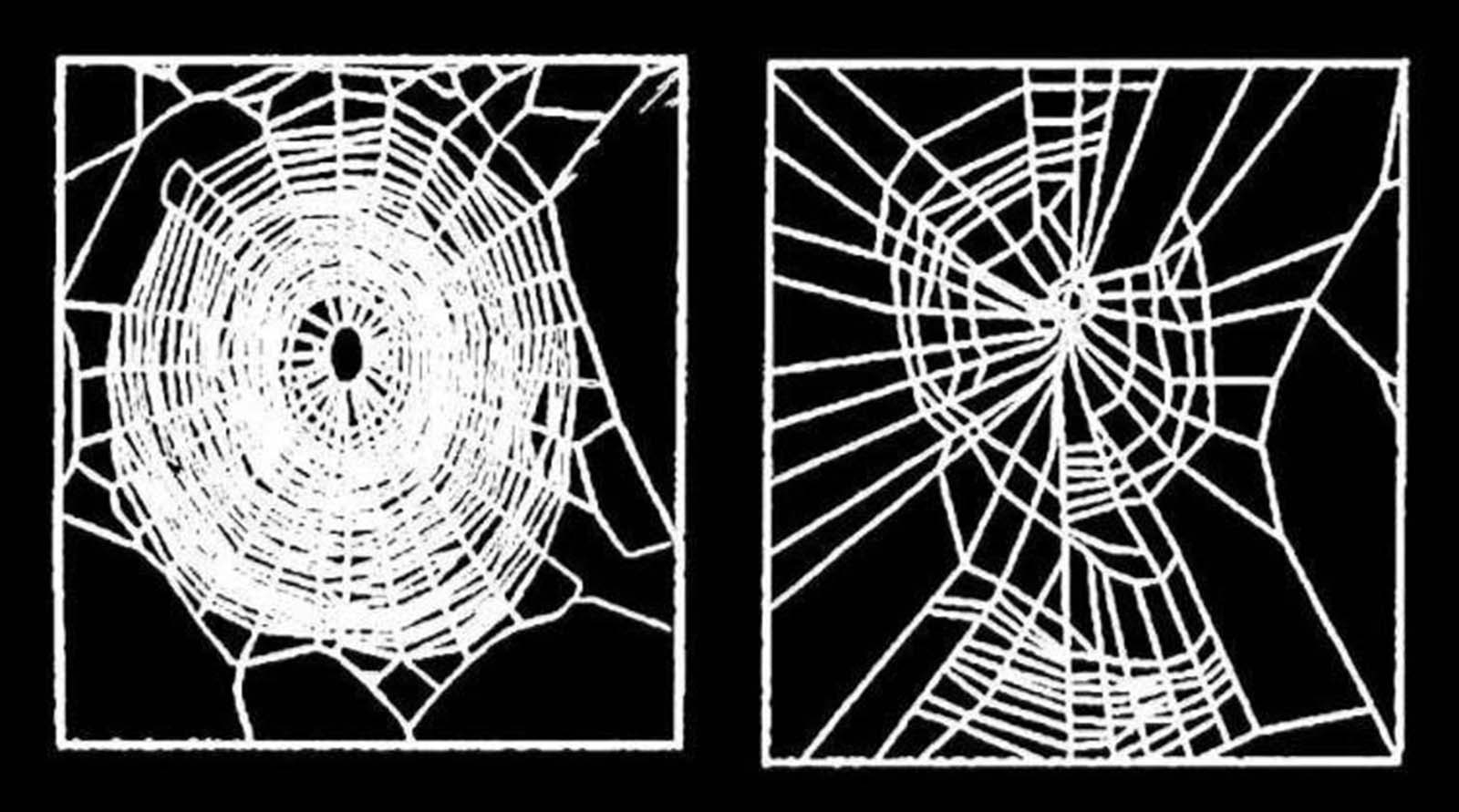 A spider who’d been given Benzedrine spins a deformed web.