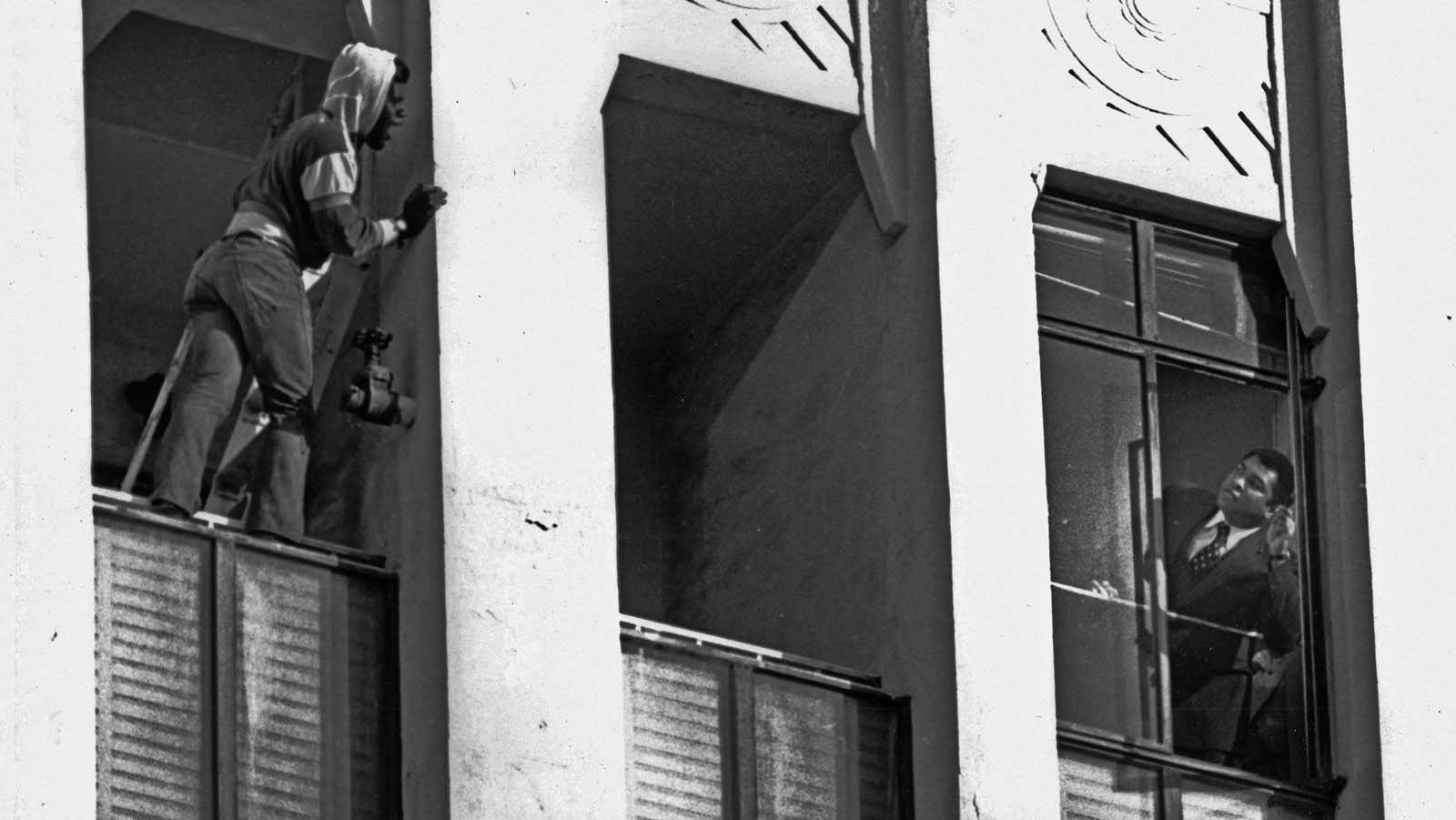 This is the dramatic moment Muhammad Ali saved a suicidal man who was threatening to jump out of a ninth-floor building in Los Angeles in 1981. Ali (right) is seen leaning out of a window pleading with the man.

This is the story of how the famous boxer Muhammad Ali convinced a suicidal young man to come down off the ledge. On January 19, 1981, The Los Angeles Times photographer Boris Yaro heard reports of a suicidal jumper on the radio. His editor wasn’t interested, but Yaro drove over to Los Angeles’s Miracle Mile regardless, where he found a young black man in flared jeans and a hoodie, perched on an office-building fire escape nine floors above.

“Joe,” as he was named in reports, had been up there for hours. According to a police spokesman, “he seemed to think he was in Vietnam — with the Viet Cong coming at him.” A crowd gathered on the street below, goading Joe to jump to his death. Police officers, a psychologist and a chaplain leaned out of a nearby window, imploring him to come inside. “I’m no good,” he shouted, dangling his feet over the side whenever someone got too close. “I’m going to jump!”

Ali’s best friend, Howard Bingham, was at the scene. He called Ali, who lived nearby. “About four minutes later,” Bingham later told reporters, “Ali comes driving up the wrong side of the street in his Rolls-Royce with his lights blinking.” Yaro watched Ali ran into the building and took photographs of what happened next. One captures the fighter, in a dark suit and tie, his smooth face expressionless, leaning out a window, peering almost casually around a pillar to get a look at Joe. Yards away, Joe is balanced on a ledge, one foot in front of the other, gripping a pillar as he leans out over empty space. The effect is nauseating: In trying to get a better look at Ali, Joe’s at risk of falling to his death. 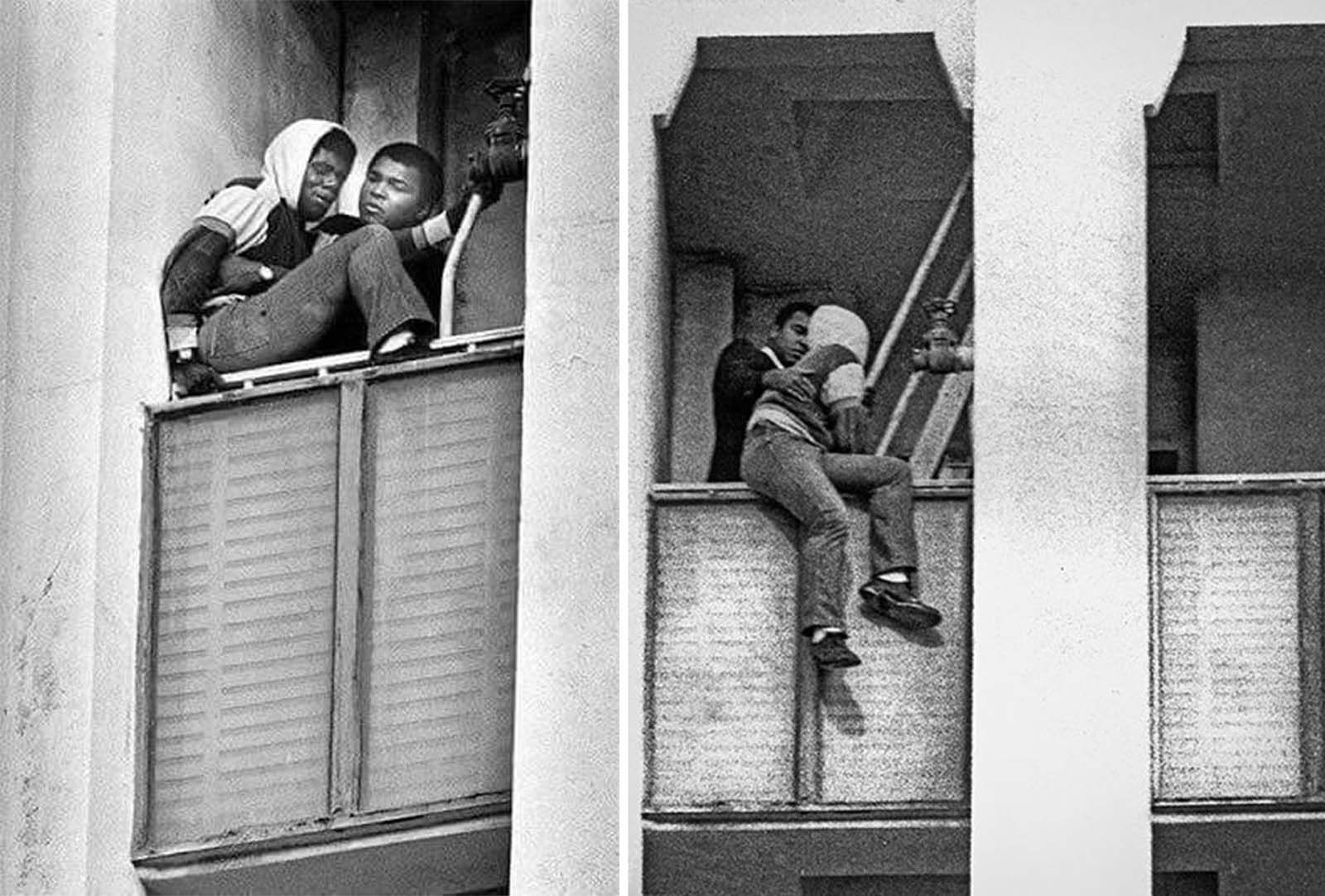 Ali (pictured helping the man down) leaned out of the window and told the man: ‘You’re my brother. I love you’.

By The Los Angeles Times’s account, Ali leaned out and shouted to Joe: “You’re my brother! I love you, and I couldn’t lie to you.” Soon, he made his way to the fire escape, put an arm around Joe and guided him inside. The two walked out of the building together, got in Ali’s car and drove, after a stop at a police station, to a nearby V.A. hospital.

The ledge story wasn’t quite as simple as it appeared. The police reported that Joe was “badly disturbed,” and later in the week, The Los Angeles Times published a follow-up: Joe, it turned out, was only 21, too young to have served in Vietnam. On Wednesday, Jan. 21, at a news conference for a beverage company, Ali announced that he was going to buy Joe clothes and travel with him to his home state, Michigan, though it’s unclear if they ever made the trip.