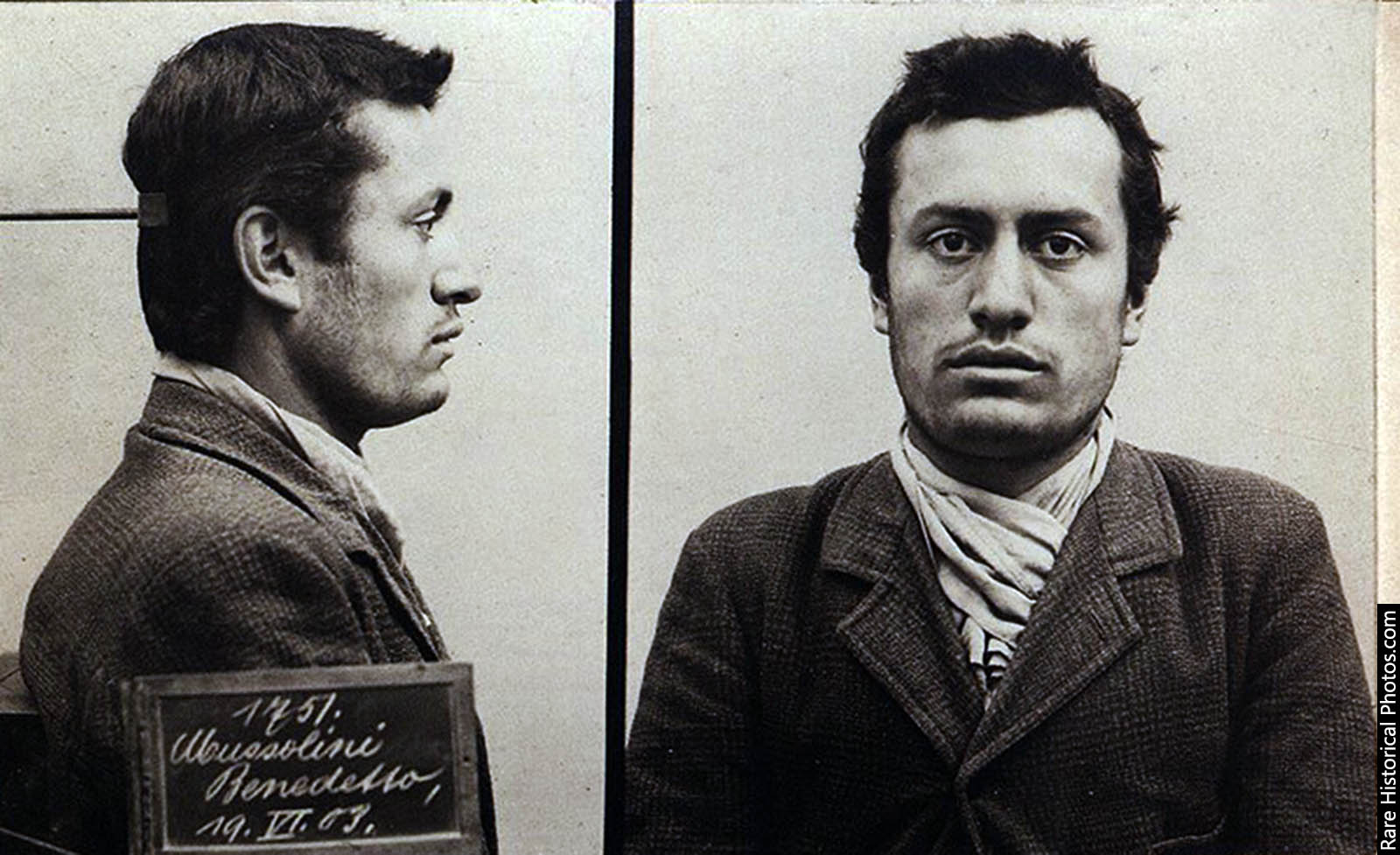 Mussolini was brought up with firm socialist ideals and, as a young man, became a leading figure in Italian socialist circles. In June 1902, in an attempt to avoid conscription, Mussolini moved to Switzerland where he worked as a bricklayer, dabbled in journalism, and joined a trade union.

He became active in the Italian socialist movement in Switzerland, working for the paper L’Avvenire del Lavoratore, organizing meetings, giving speeches to workers and serving as secretary of the Italian workers’ union in Lausanne.

In 1903, he was arrested by the Bernese police because of his advocacy of a violent general strike, spent two weeks in jail, was deported to Italy, was set free there, and returned to Switzerland.

In 1904, having been arrested again in Geneva and expelled for falsifying his papers, he returned to Lausanne, where he attended the University of Lausanne’s Department of Social Science, following the lessons of Vilfredo Pareto. In December 1904, he returned to Italy to take advantage of an amnesty for desertion, for which he had been convicted in absentia.

Since a condition for being pardoned was serving in the army, on 30 December 1904, he joined the corps of the Bersaglieri in Forlì. After serving for two years in the military (from January 1905 until September 1906), he returned to teaching. Following his discharge from the army, Mussolini wrote for and edited several socialist newspapers and was regarded as the rising star of Italy’s left. 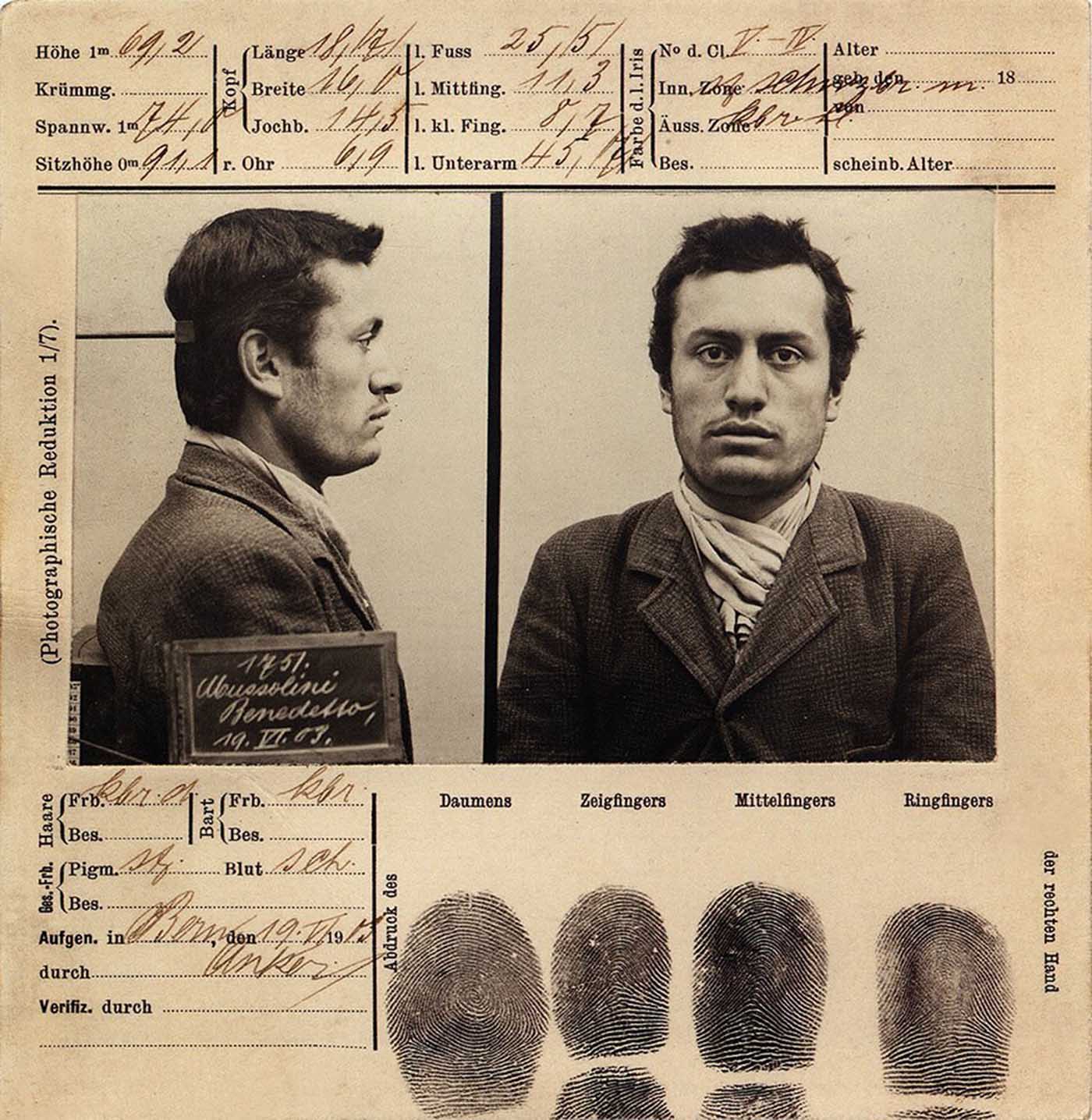 Benito Mussolini was the son of Alessandro Mussolini, a blacksmith by trade and a republican socialist and ardent anti-Catholic, and a schoolteacher mother, a devout Catholic. Despite his parents’ opposing views on religion, the couple had married and bore three children, Benito being the eldest.