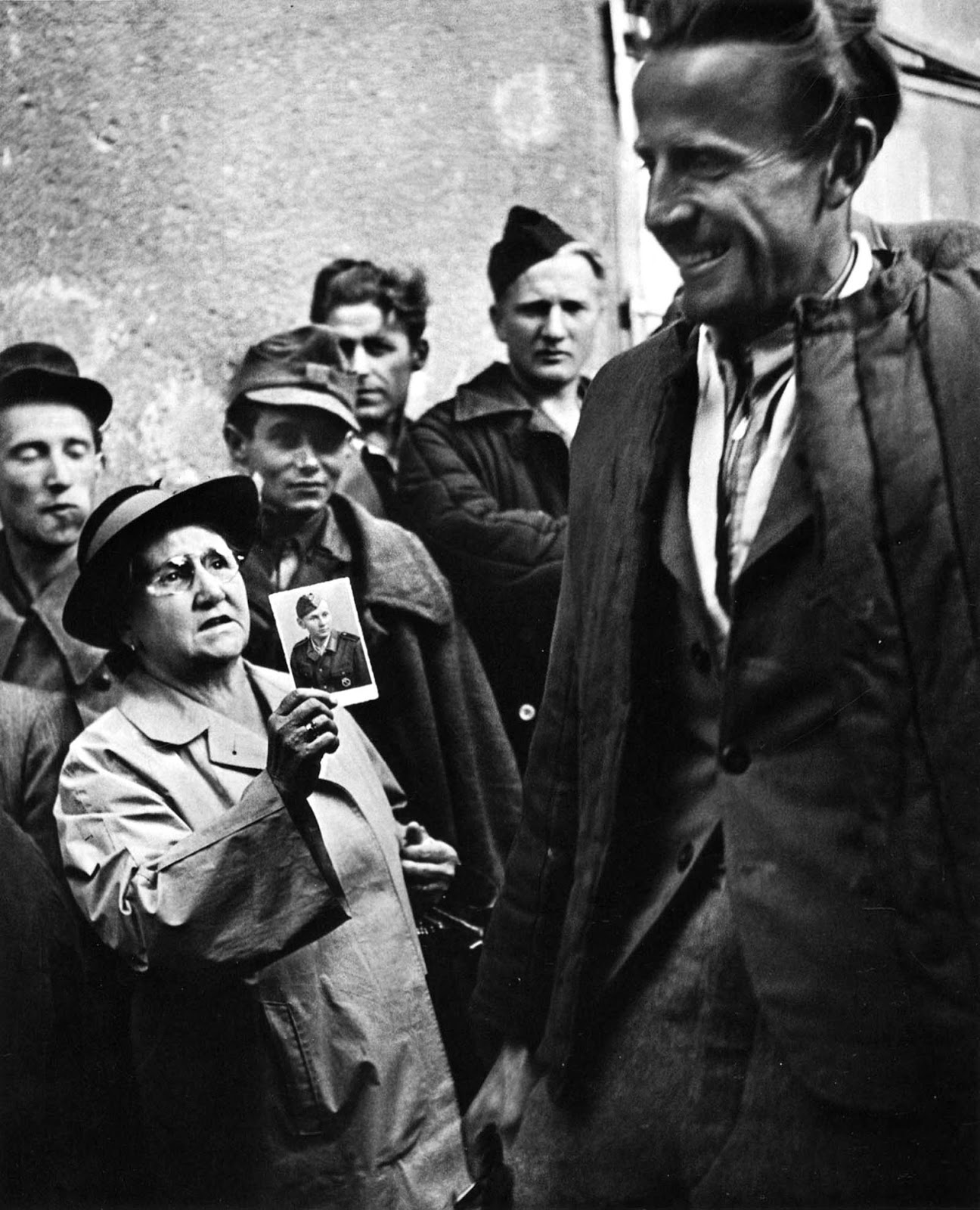 A smiling prisoner of war returning home to Vienna passes a woman holding a photograph up in a mixture of hope and despair.

These iconic photographs were taken in 1947 at Vienna’s Southern Railway Station, where photographer Ernst Haas witnessed the moving scenes of the return of the first 600 Austrian war prisoners from Eastern Europe. Haas’s images show the anticipation and grief of people searching for their lost relatives among the survivors.

The magazine Heute, published in Munich by the Americans, first published the feature in August 1949. Only one week later, it was reprinted in the leading illustrated magazine of the time, the American Life, leading to Haas’ breakthrough as a photojournalist.

The Soviet Union took 2,388,000 Germans and 1,097,000 combatants from other European nations as prisoners during and just after the war. More than a million of the German captives died. The immense suffering Germany and her Axis partners had caused surely played a key role in the treatment of enemy POWs.

“In 1945, in Soviet eyes, it was time to pay”, wrote British military historian Max Arthur. “For most Russian soldiers, any instinct for pity or mercy had died somewhere on a hundred battlefields between Moscow and Warsaw”. 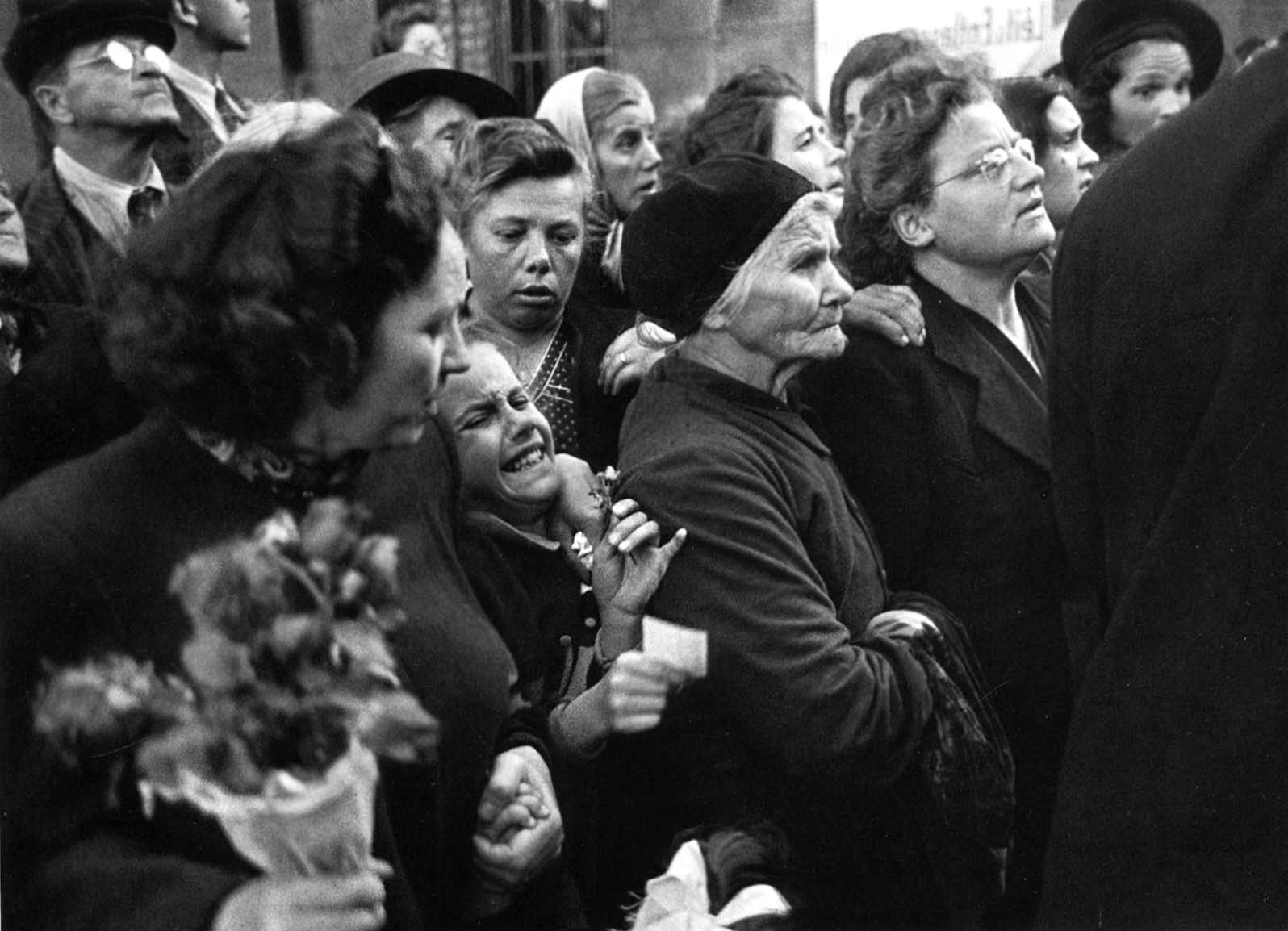 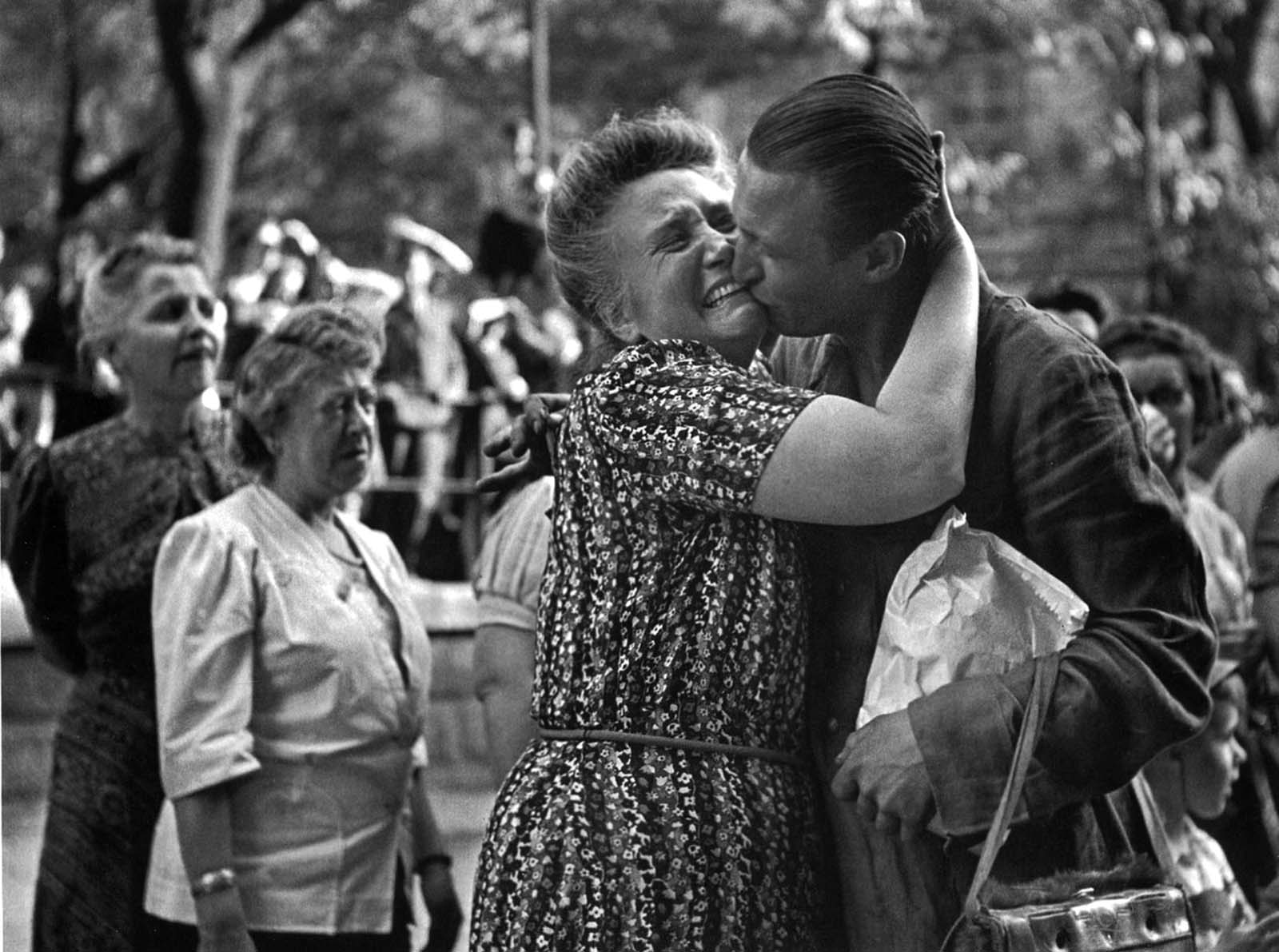 A woman greets her son, an Austrian prisoner of war returning home to Vienna.

Josef Stalin’s regime was ill-equipped to deal with prisoners: In 1943 as more enemy units fell into Soviet hands, death rates among POWs lingered around 60 percent.

Roughly 570,000 German and Axis prisoners had already died in captivity. By March 1944, conditions began to improve, but for economic reasons: As its manpower was swallowed up in the war effort, the USSR turned to POWs as a surrogate workforce.

The Soviet Union repatriated prisoners at irregular intervals, sometimes in large numbers. As late as 1953, however, at least 20,000 German POWs remained in Russia. After Stalin’s death, those men were finally sent home.