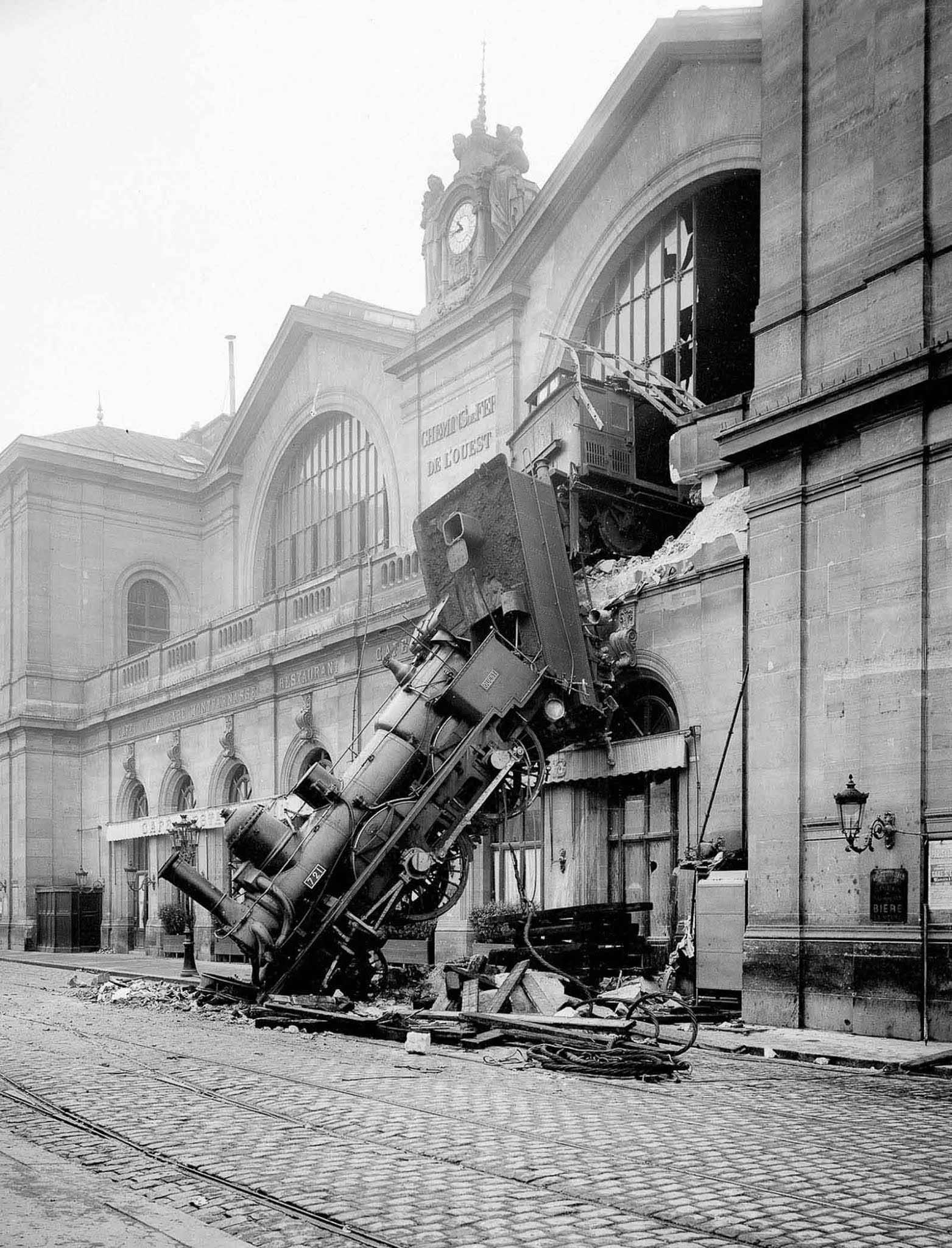 This extraordinary accident occurred on October 22, 1895 at Montparnasse, then known as Gare de l’Ouest. The drive of the express train from Granville to Paris, hoping to make up time for its 131 passengers, increased the train’s speed and the air brake failed.

Smashing through the track buffers, the express careered across the station concourse, broke through the station wall, and crashed to the street below, where it remained for four days drawing crowds of curious onlookers.

Upon investigation, it was revealed that the express train, operated by Chemins de fer de l’Ouest, was made up of steam locomotive No. 721 (a type 2-4-0, French notation 120) hauling three luggage vans, a post van, and six-passenger coaches. The train had left Granville on time at 8:45 AM but was several minutes late as it approached its Paris Montparnasse terminus.

In an effort to make up lost time, the train approached the station too fast, at a speed of 40–60 km/h (25–37 mph), while there was a failure to apply the Westinghouse air brake.

Without sufficient braking, the momentum of the train carried it slowly into the buffers, and the locomotive crossed the almost 30-meter (98 ft) wide station concourse, crashing through a 60-centimeter (24 inches) thick wall, before falling onto the Place de Rennes 10 meters (33 ft) below, where it stood on its nose. 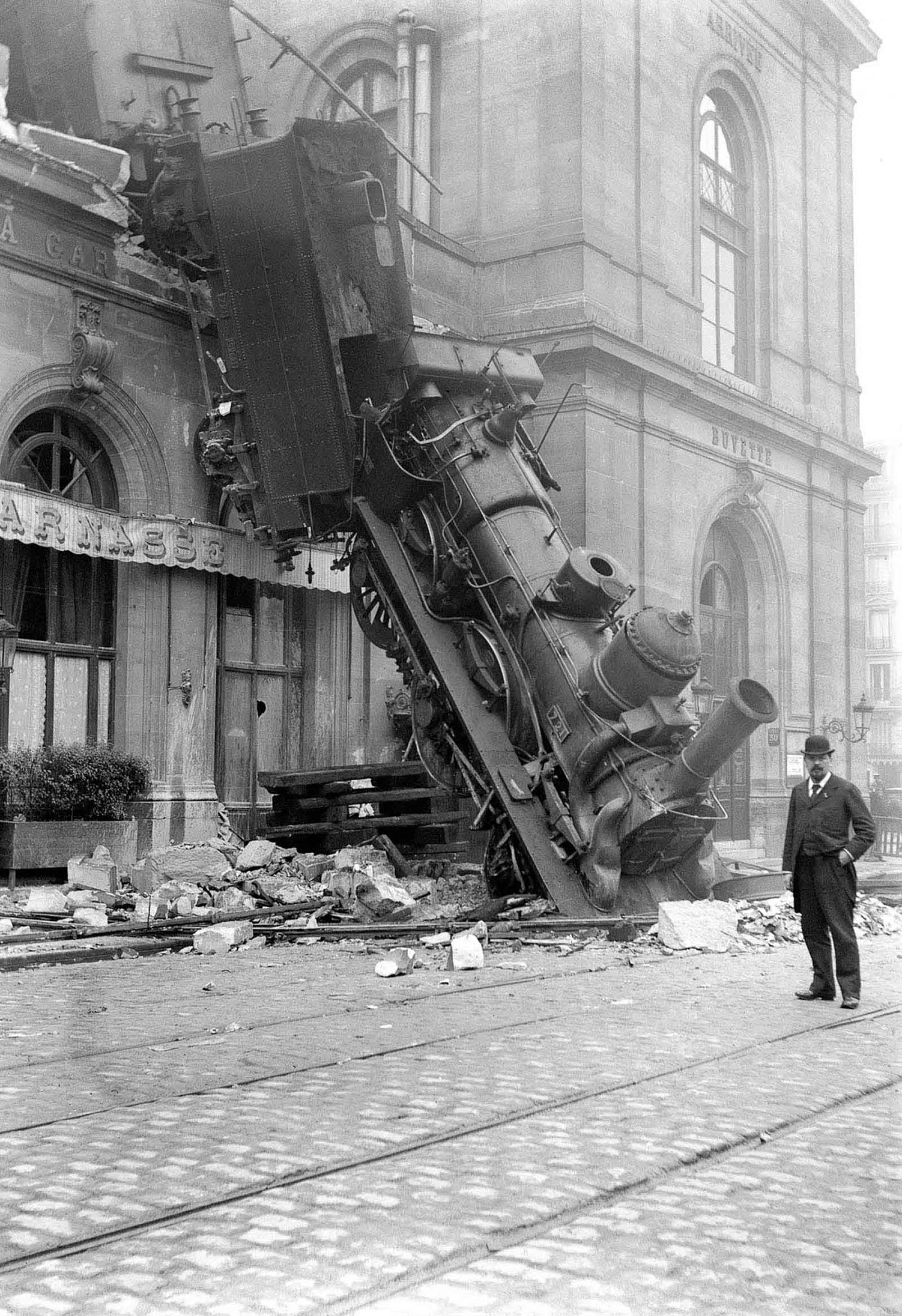 In total, a woman in the street below was killed by falling masonry, and two passengers, the fireman, two guards, and a passerby in the street sustained injuries.

The woman, Marie-Augustine Aguilard, had been standing in for her husband, a newspaper vendor, while he went to collect the evening newspapers. The driver received a fifty franc fine.

The locomotive was taken to a repair station and turned out to sustain only minor damages. Eventually, the locomotive and the passengers’ cars were put again in service. The Montparnasse derailment was beautifully recreated in Martin Scorsese’s movie Hugo. 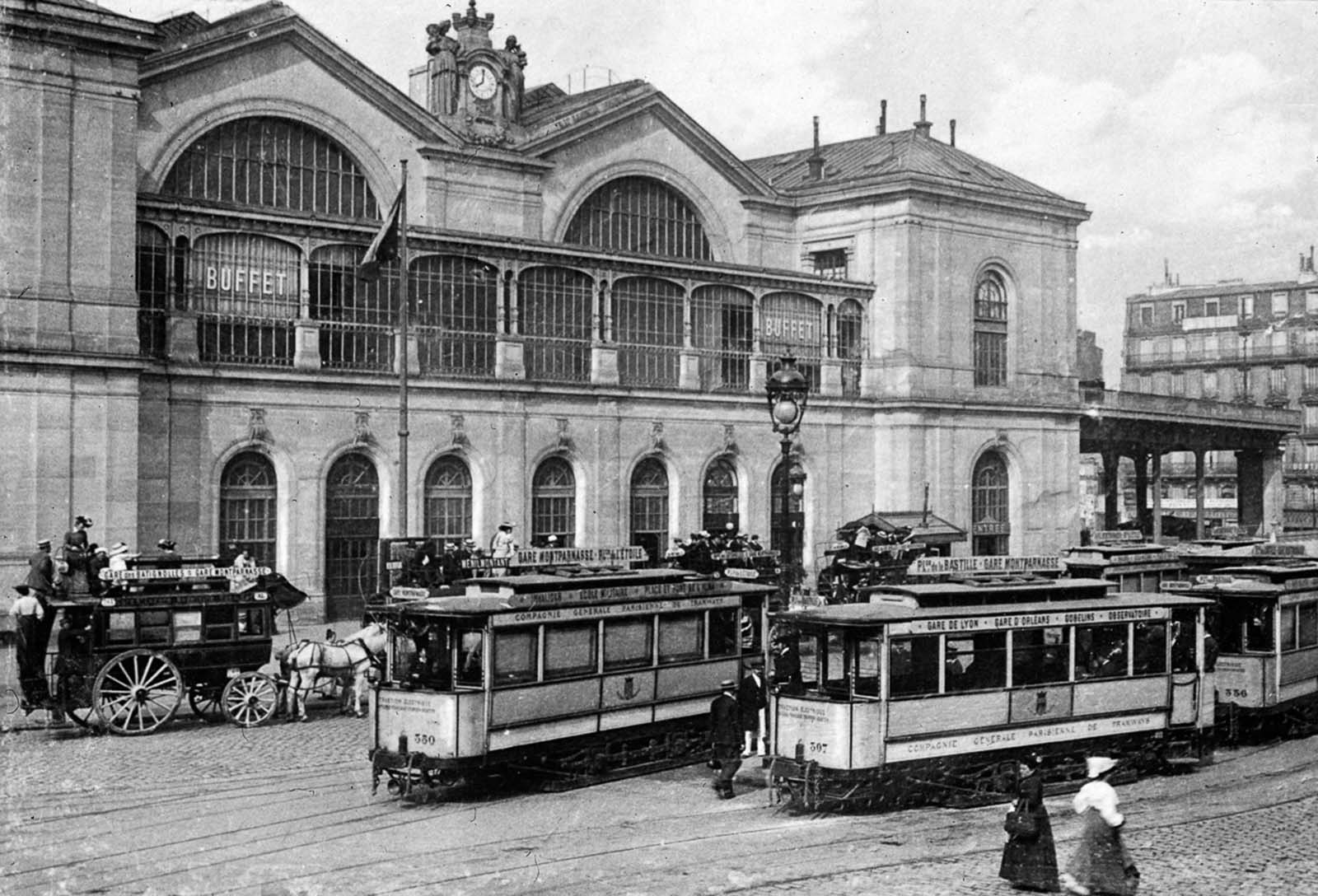 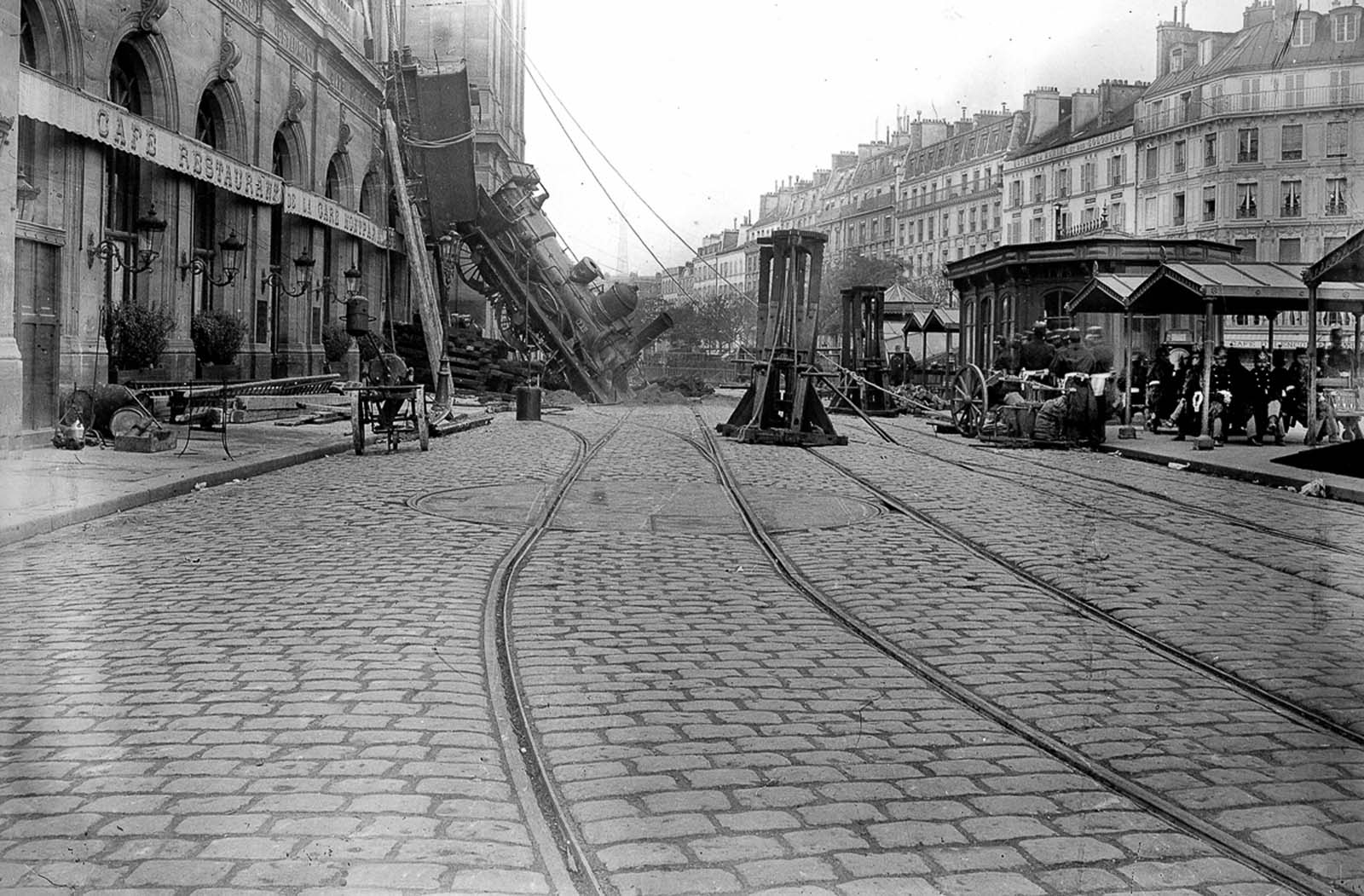 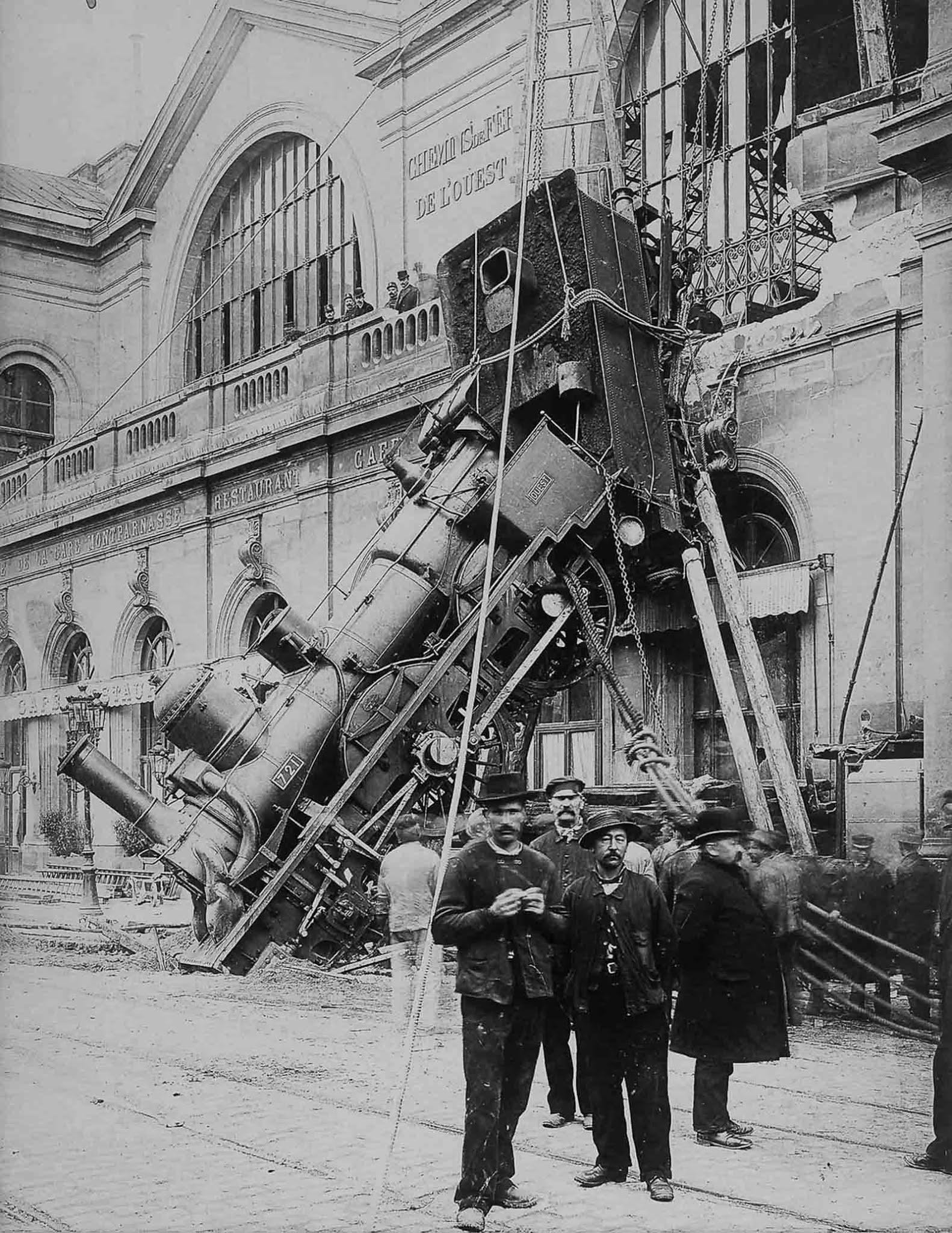 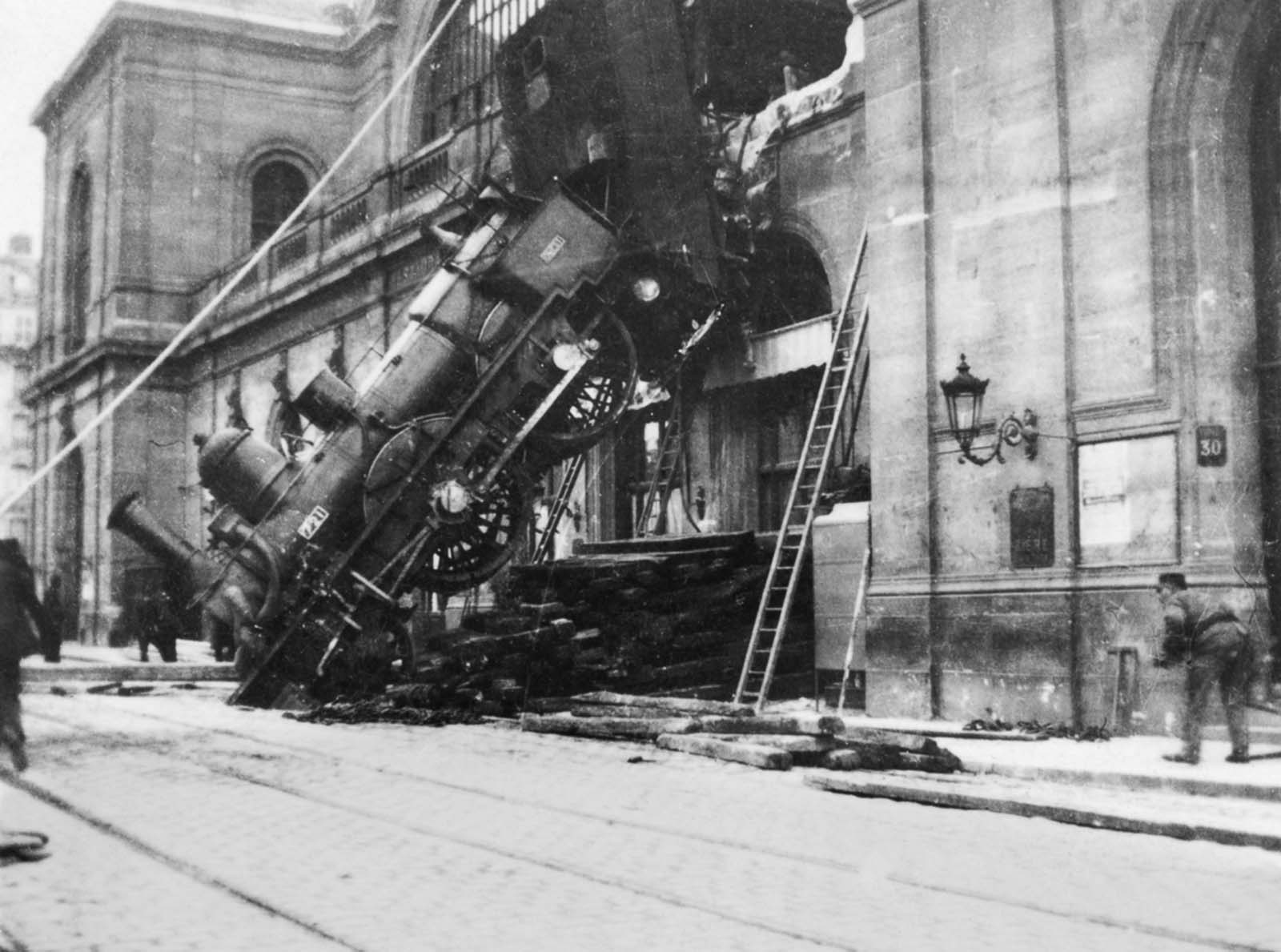 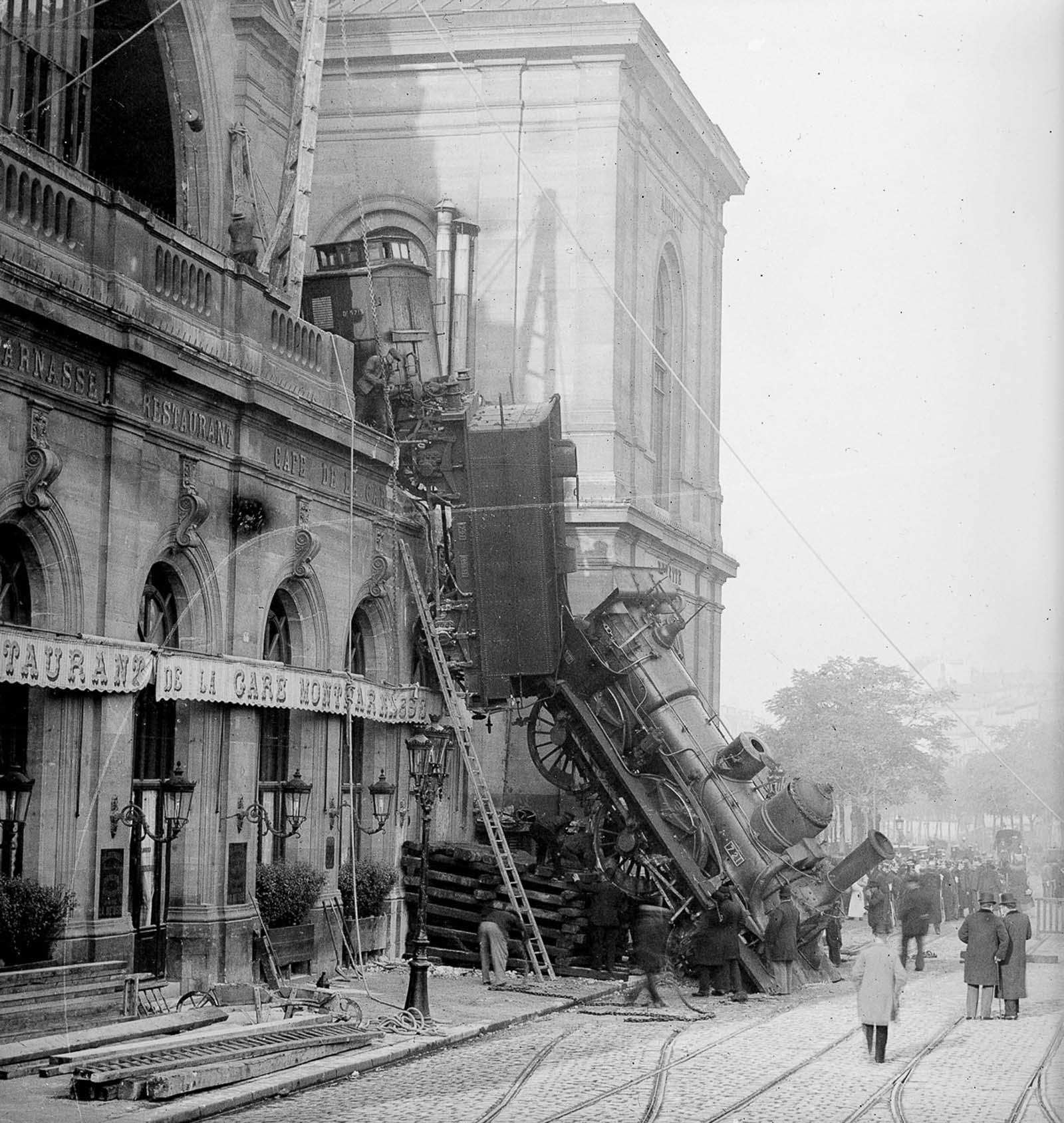 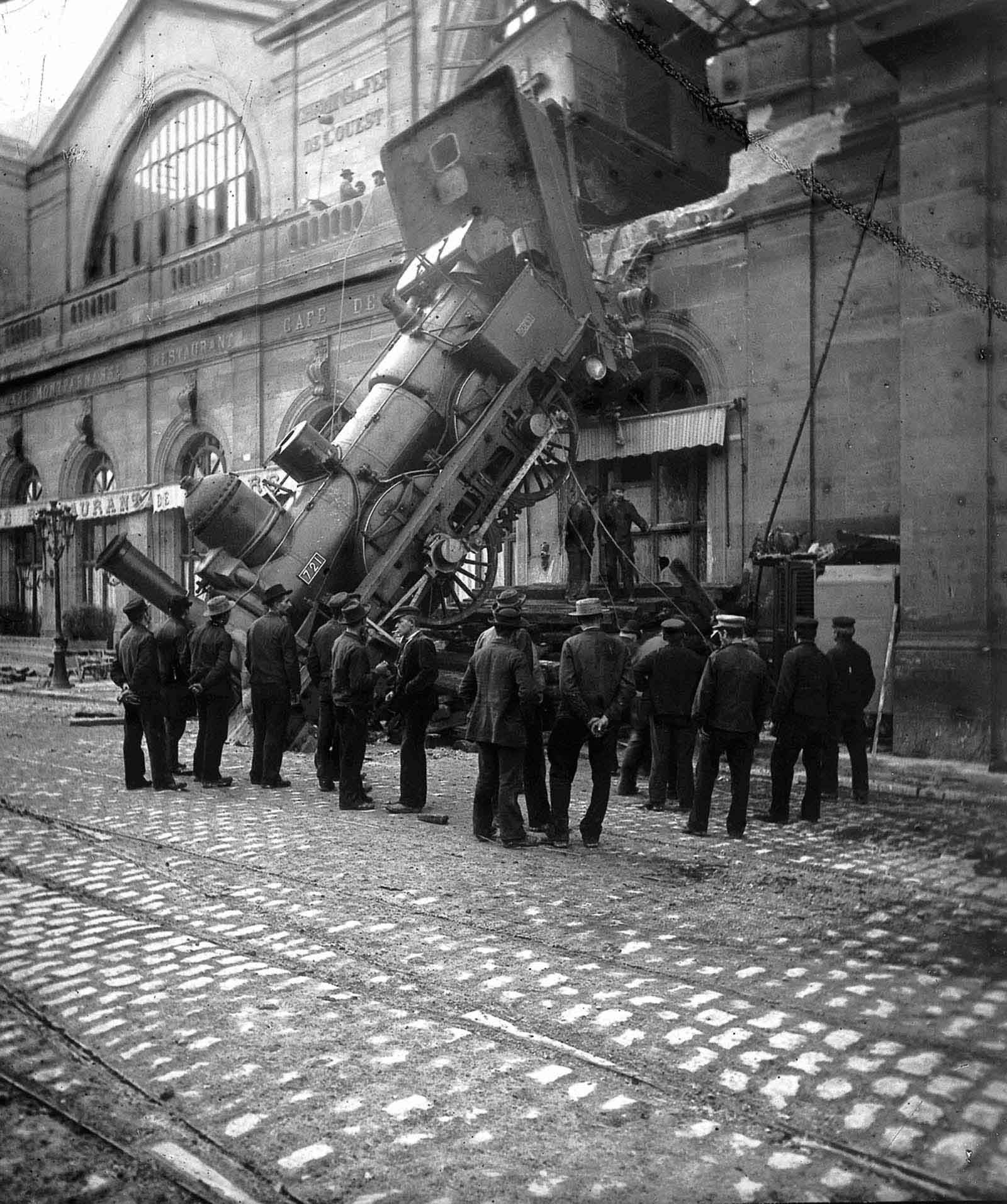