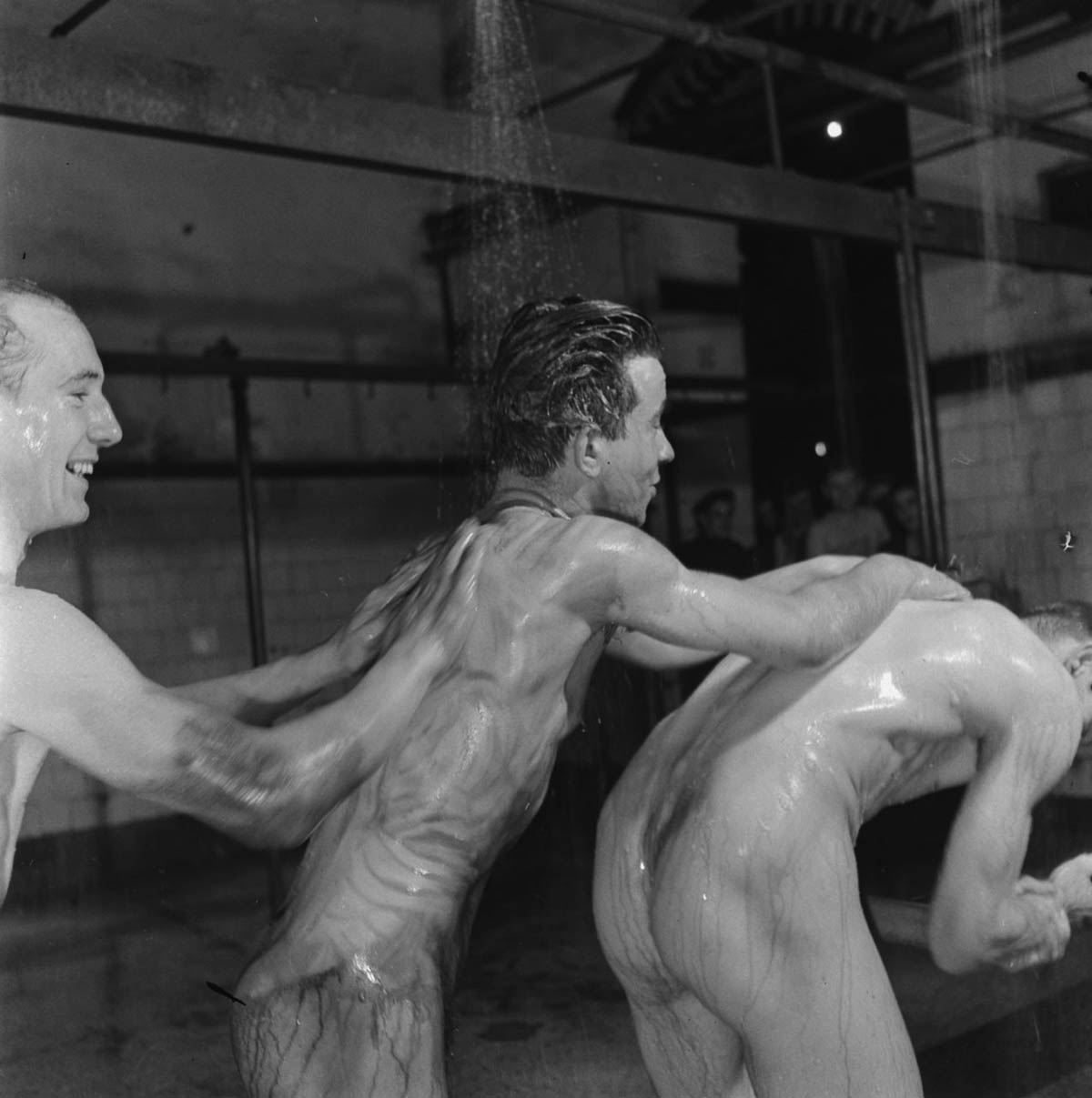 Dutch miners washing each other’s backs in the showers, a daily ritual at the end of the working day, 1945.

Miners, who are covered in dust and soot, help each other to get clean in the showers after their shift at a mine in the Netherlands. Despite the hard work underground extracting the coal, the men seem to be in good spirits.

Coal dust produced a greasy dirt, which could only be removed by washing and rinsing several times. Daily warm showers were actually a luxury at the time, none of these people had showers or bathtubs at home.

Traditionally you would have a buddy who would wash your back and then you would do his, making sure not a spot was missed. Somehow it was a symbol of the comradeship and trust between the miners.

Coal mining in the mid-20th century was extremely difficult for the miners and their families. The underground work was dangerous, dirty, and often damp.

Miners working in the underground tunnels could not stand straight, ceilings in the tunnels being too low. They breathed stale dusty air, and many developed a breathing ailment known today as “Black Lung”.

Miners used lumber to prop up the roof where they worked, but often huge rocks would fall, thus trapping, injuring, or killing them. Miners complained that the coal companies did not supply them with adequate rails, cars, lumber, or fresh air. Explosive gas was present in some mines and many miners were injured or killed by blasts.