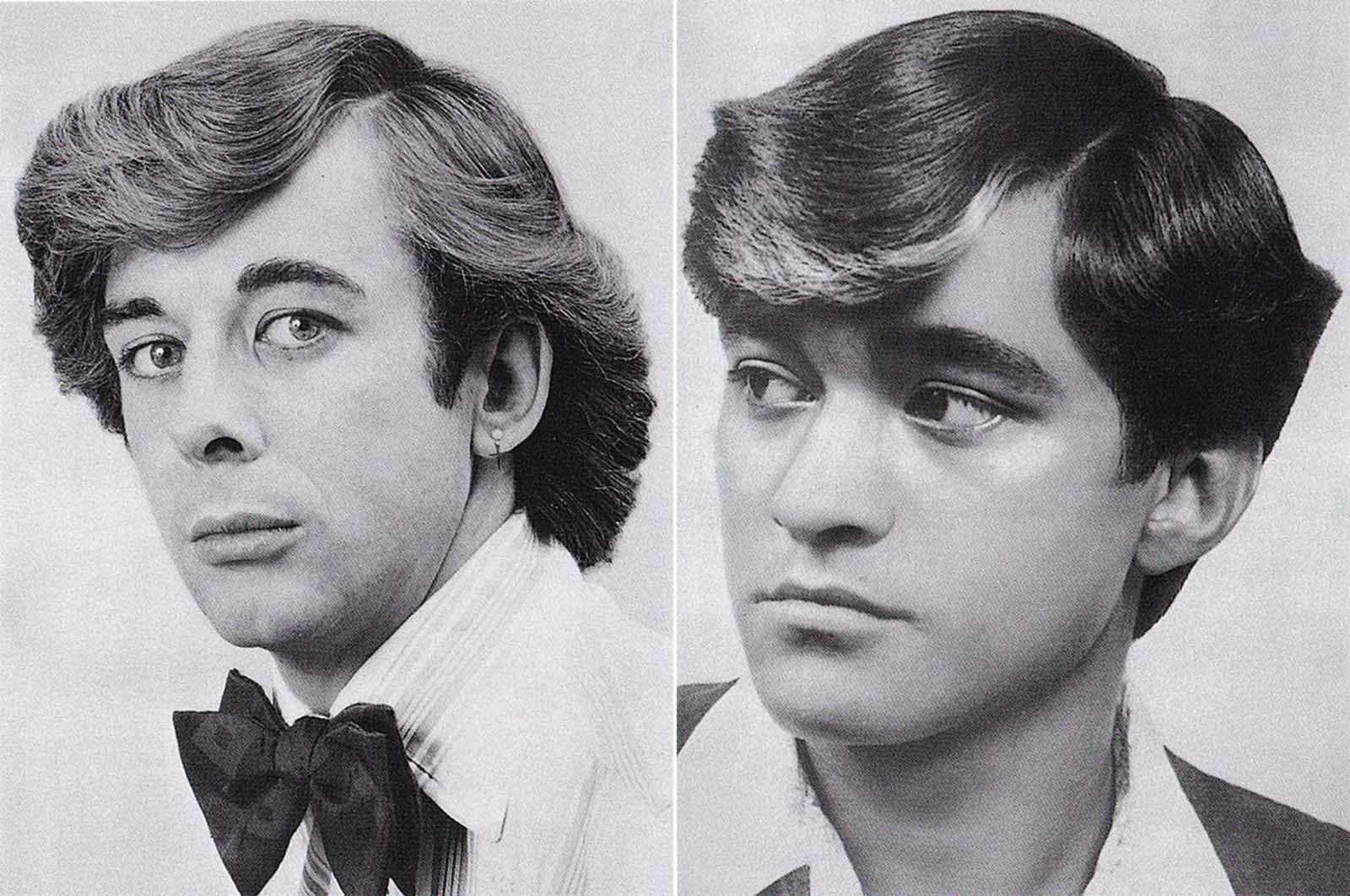 Men’s hair in the seventies was a joy to behold. There was a little bit of variation throughout the decade, from long to short, blow-dried and bouffant to spiked and bleached, with “overgrown” being the look that most people associate with the decade.

Hairstyling and grooming were no longer simply for women – hair products were now marketed to men, and many happily used them. Moustaches and mutton chops were in, even fake facial hair was worn and accepted. It was a hairy decade!

Continuing on from the 1960s, the ducktail and Pompadour hairstyle (then known as the “Elvis Presley hairstyle”) were popular among young Italian-American and Mexican-American men in big cities like New York. Large quantities of grease or brylcreem were normally used to keep the hair in place.

The early and mid-1970s generally featured longer hair on men, as a way of rebelling against the social norms of years past. Sideburns were also worn around the same time. Some of the most popular hairstyles for men include the “Long and Luscious” hairstyle, mod haircut, and the “buzzcut” hairstyle popularised by action heroes like Steve McQueen.

In the late 1970s, men went for the chop, ranging from crew cuts, to buzz cuts, to a shag. This was mainly done for an athletic look, and sideburns and facial hair went out of style. 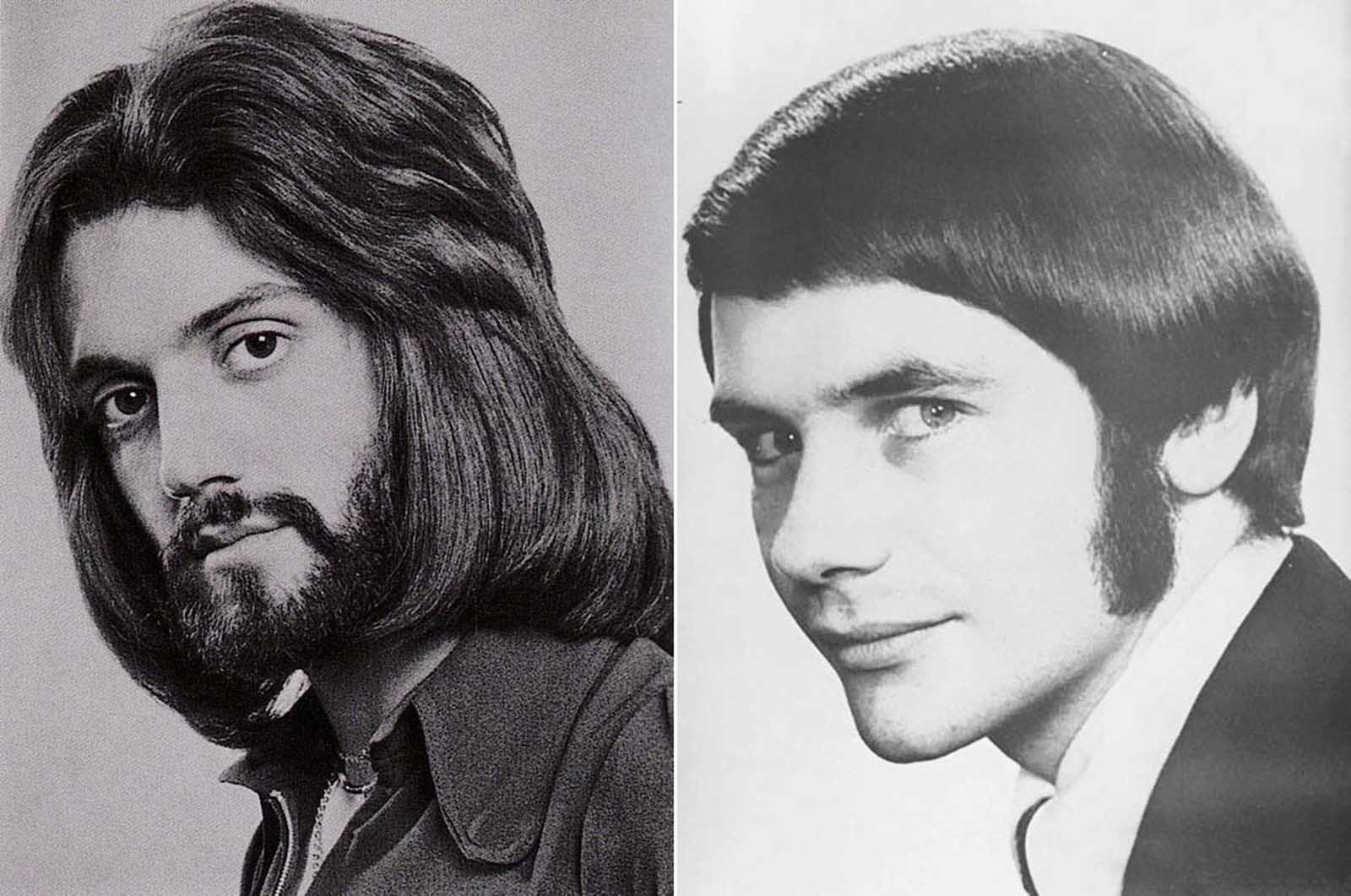 The Beatles influence on men’s hair started in the early 1960s with their shaggy “moptop” style. A few years later they went all hippie, influencing men to grow their hair and sparking the trend for facial hair.

Other musicians and musical styles also influenced their followers – for the young, it was about belonging to something and having a common identity with that band or genre. For example, rock bands influenced the wearing of no-nonsense longer hair, reggae had dreadlocks and the short rude boy, glam and pop had various layered and textured styles.

Society had an influence on how men appeared to wear their hair and facial hair in certain circumstances during the very early 1970s. Since long hair for men had re-emerged in the 1960s, conservative people and institutions viewed long hair and facial as morally corrupt and just plain wrong.

There are plenty of cases worldwide of long-haired students getting banned from college or school, men with long hair being attacked or forcibly shaved, and job adverts stating “moustaches not welcome”.

This led to some men adjusting their style to be able to “fit in” with more conservative situations, yet still able to embrace the fast-growing trend for long hair. F

or example, using short-haired wigs to conceal long hair when working or flat hunting, or wearing a false moustache when away from the “no moustache” bank or office. This attitude soon changed, and long hair and facial became an accepted part of every day – nothing to bat an eye over. 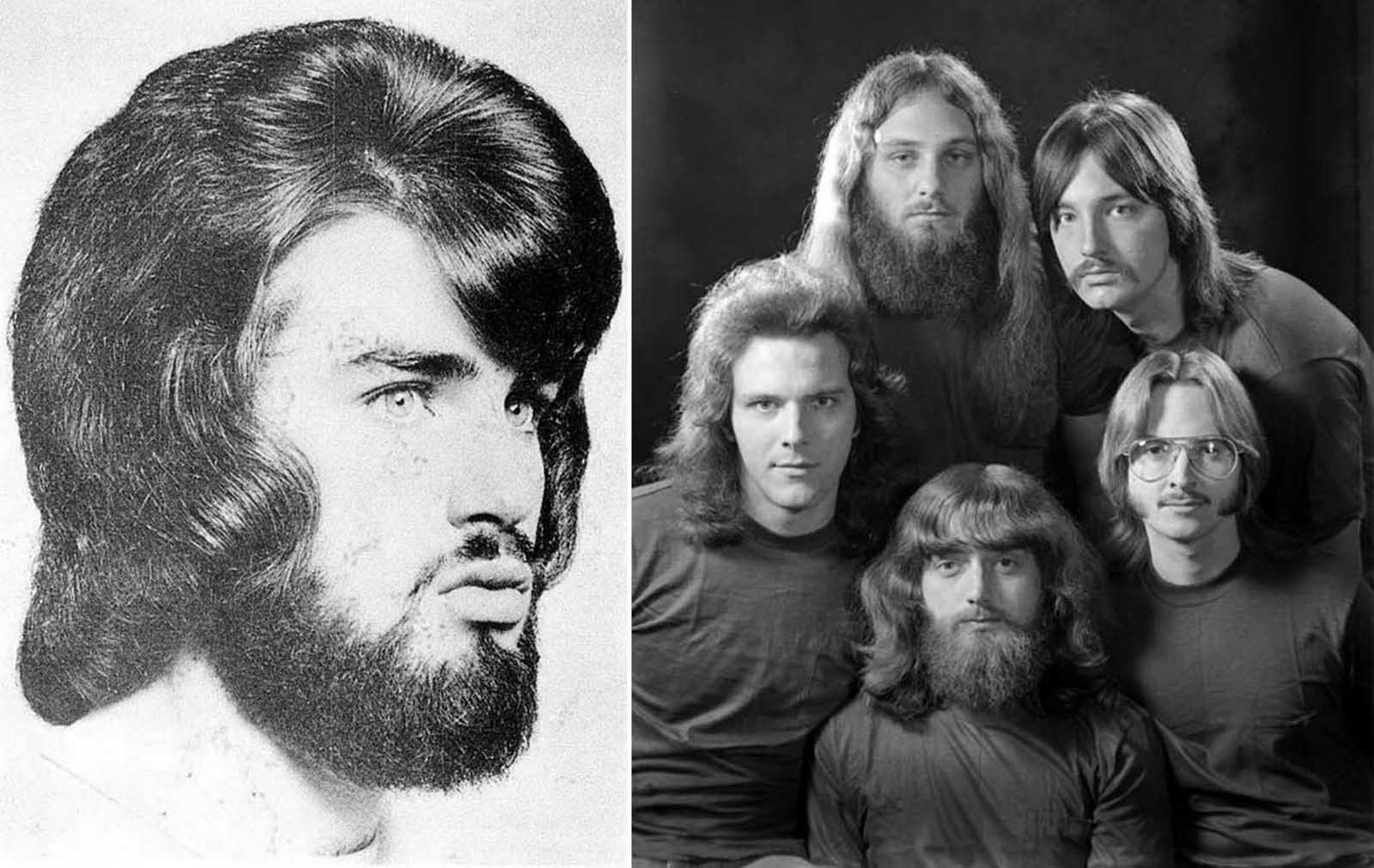 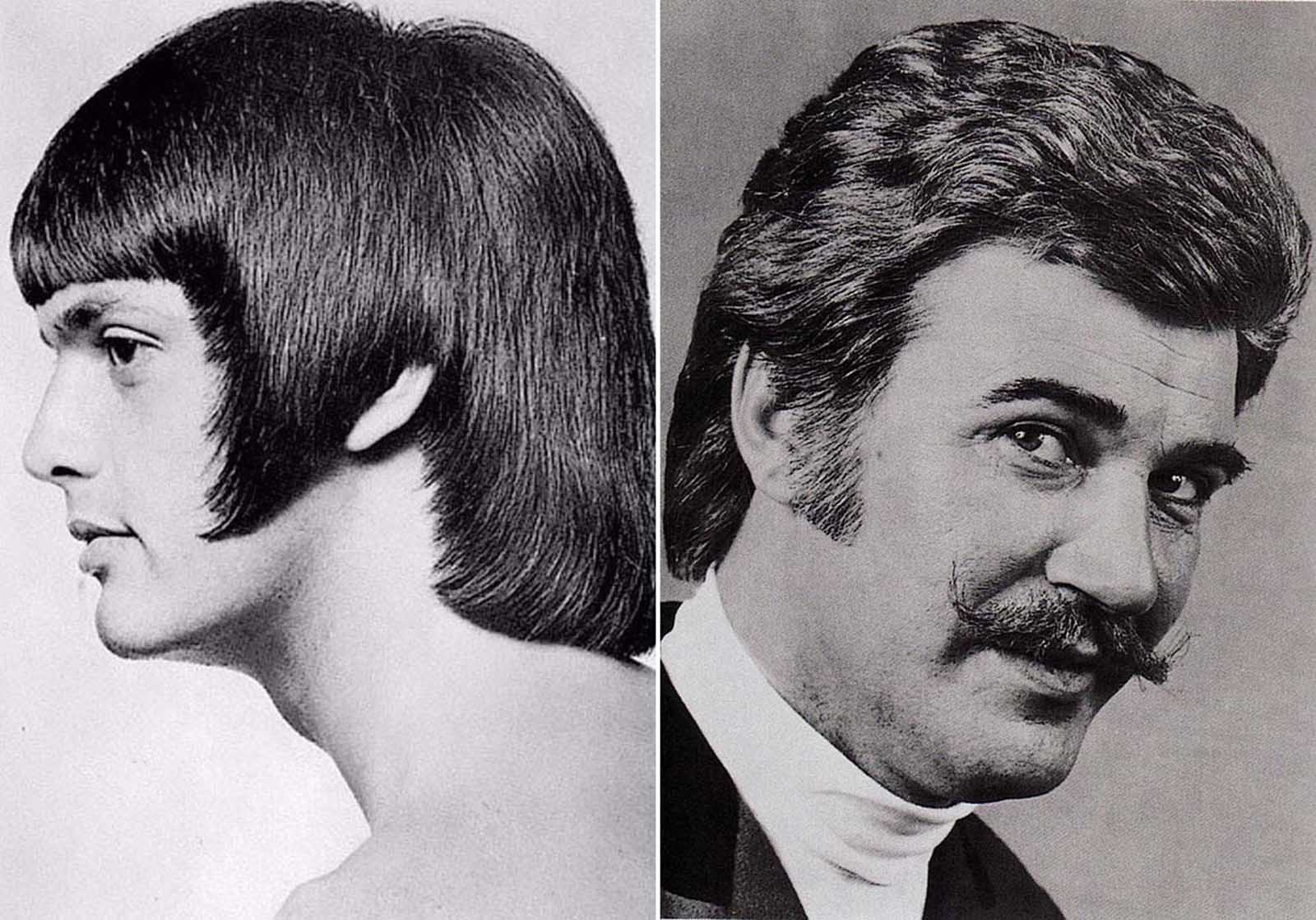 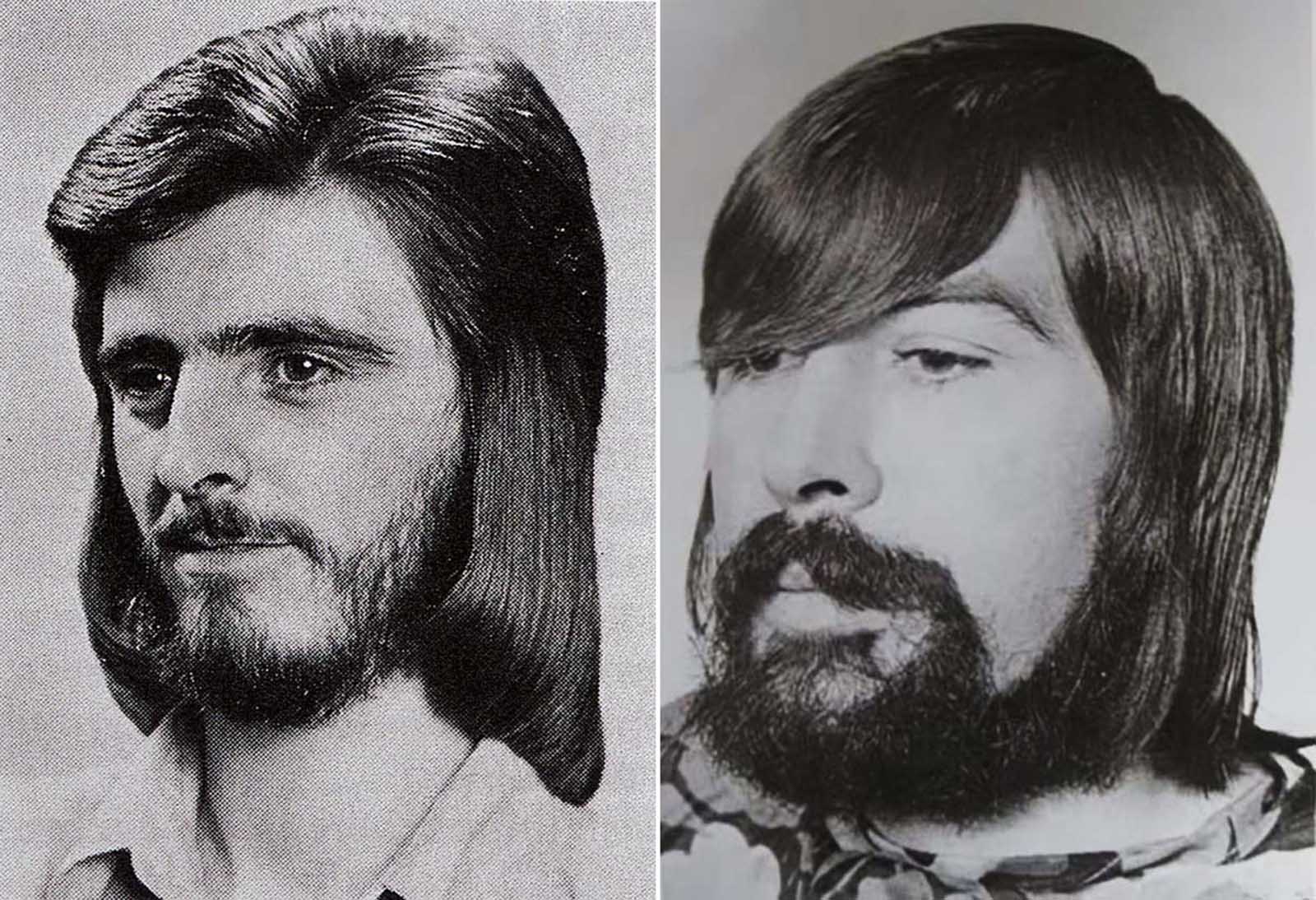 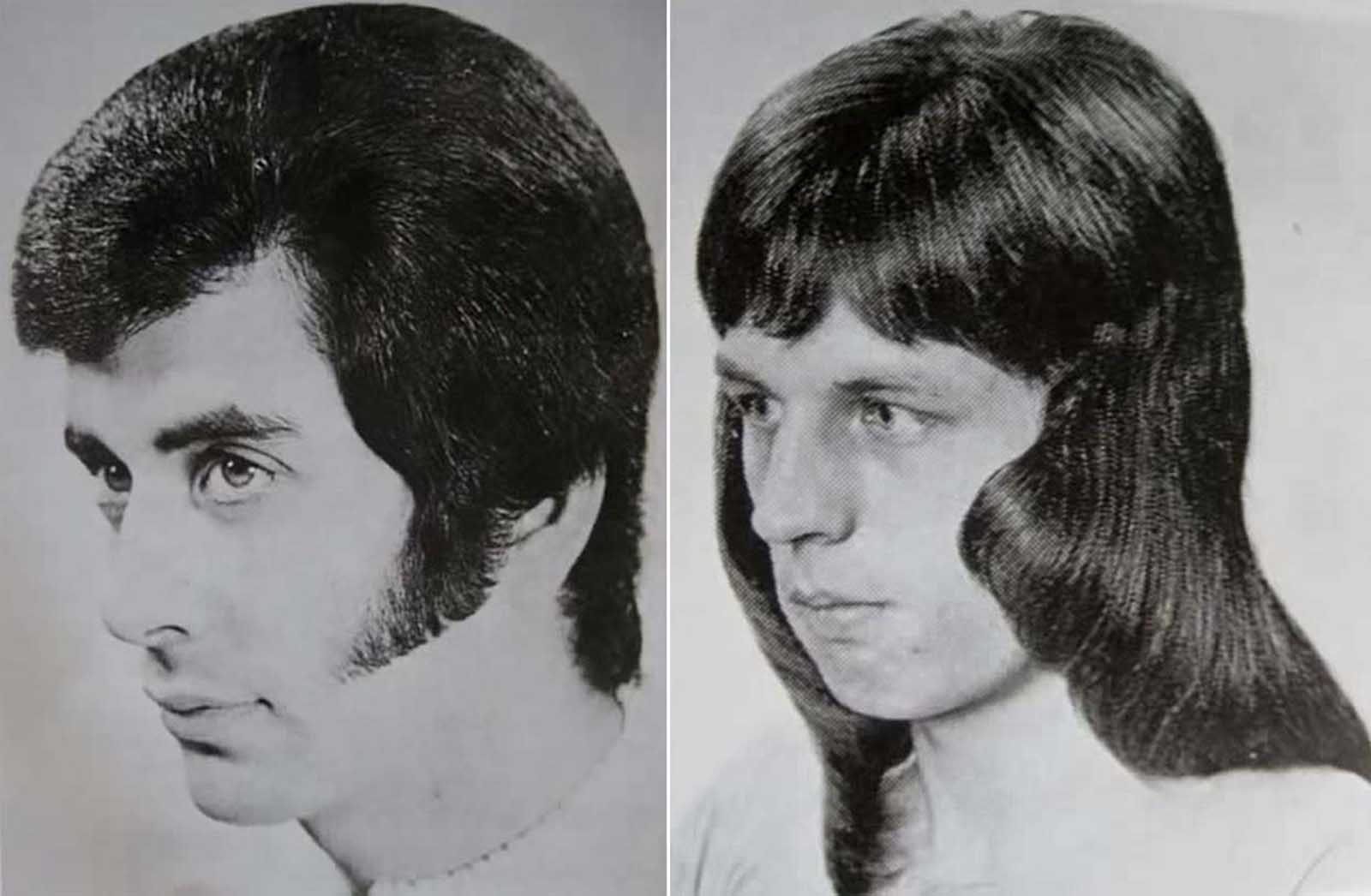 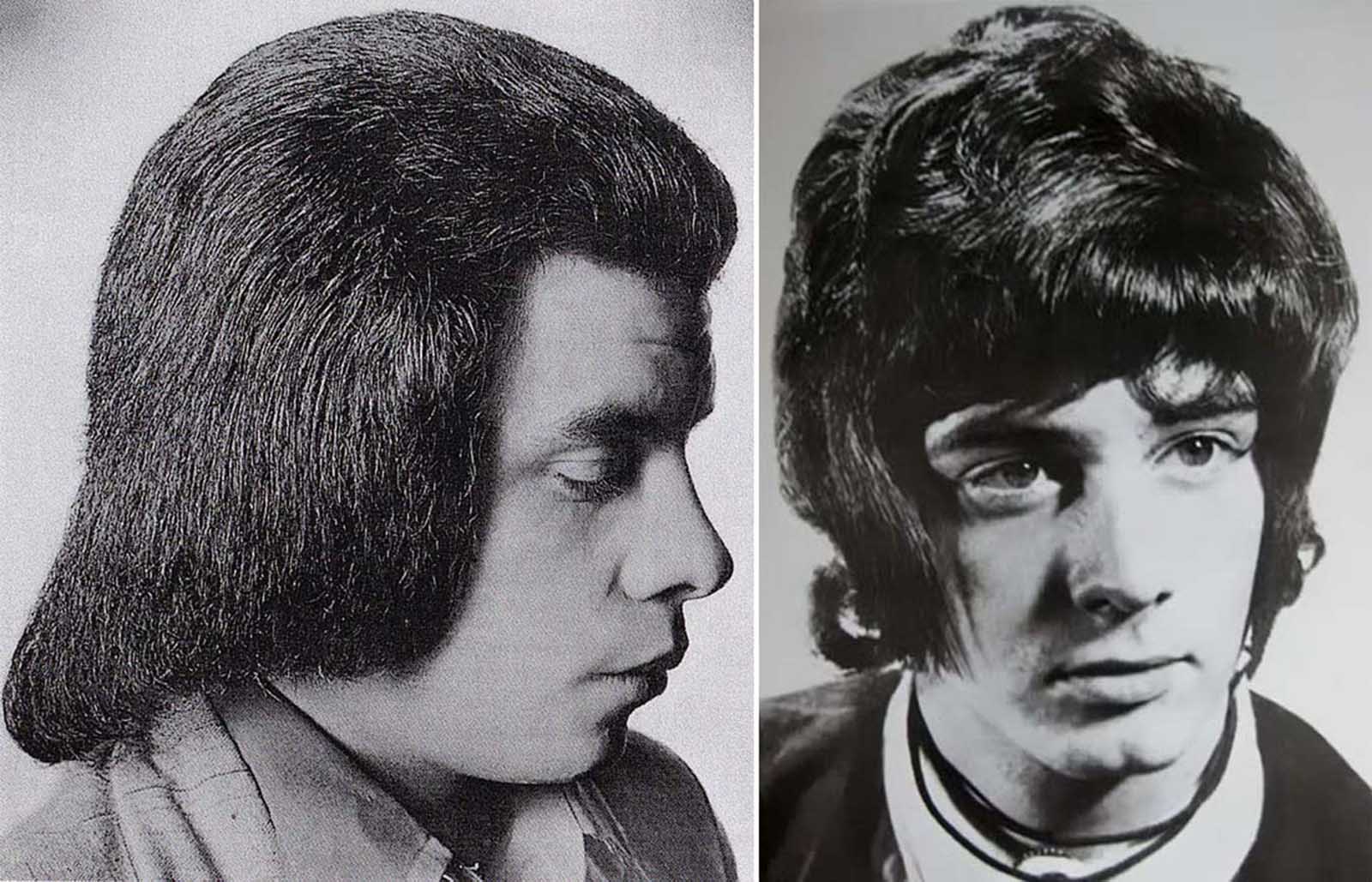 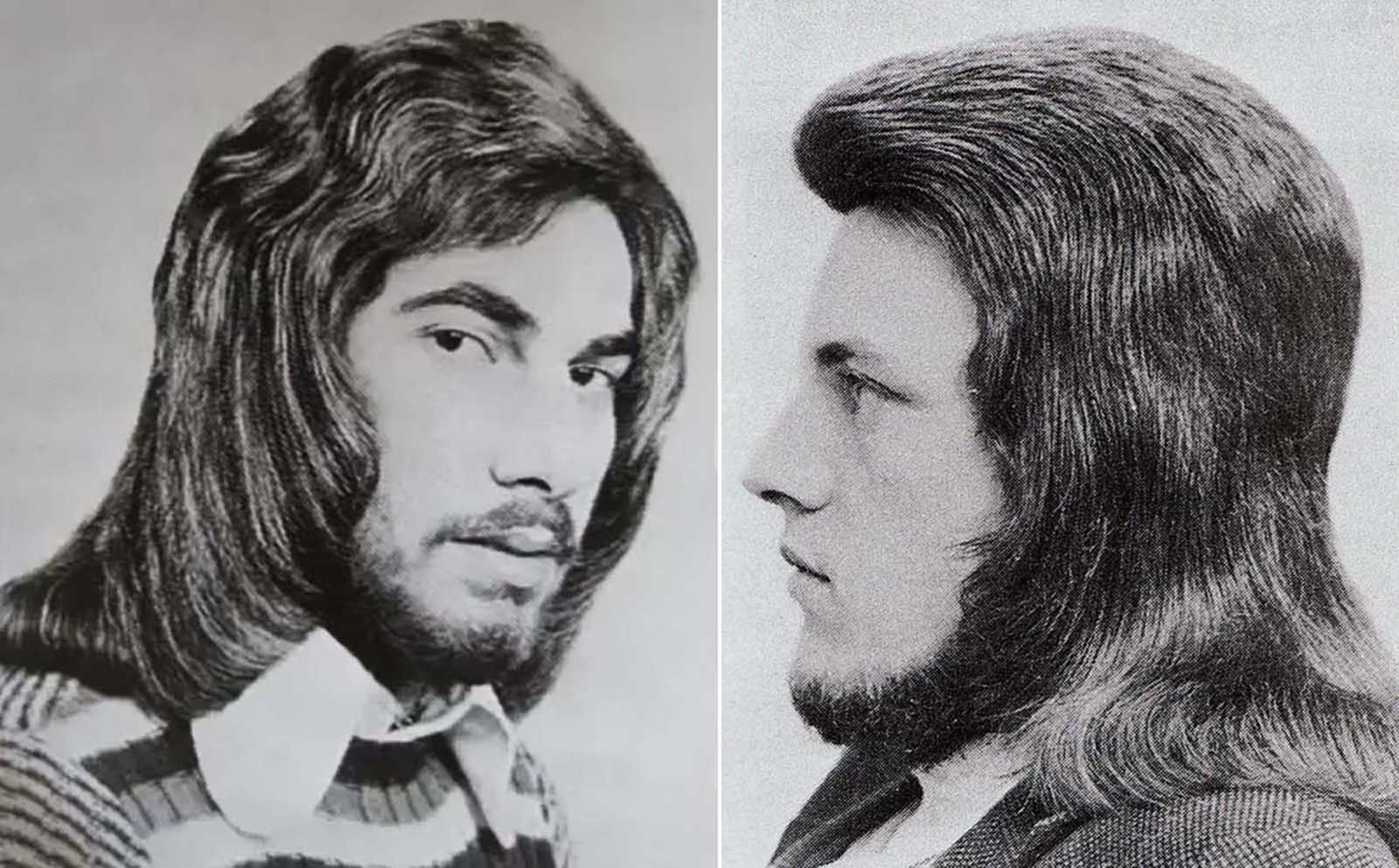 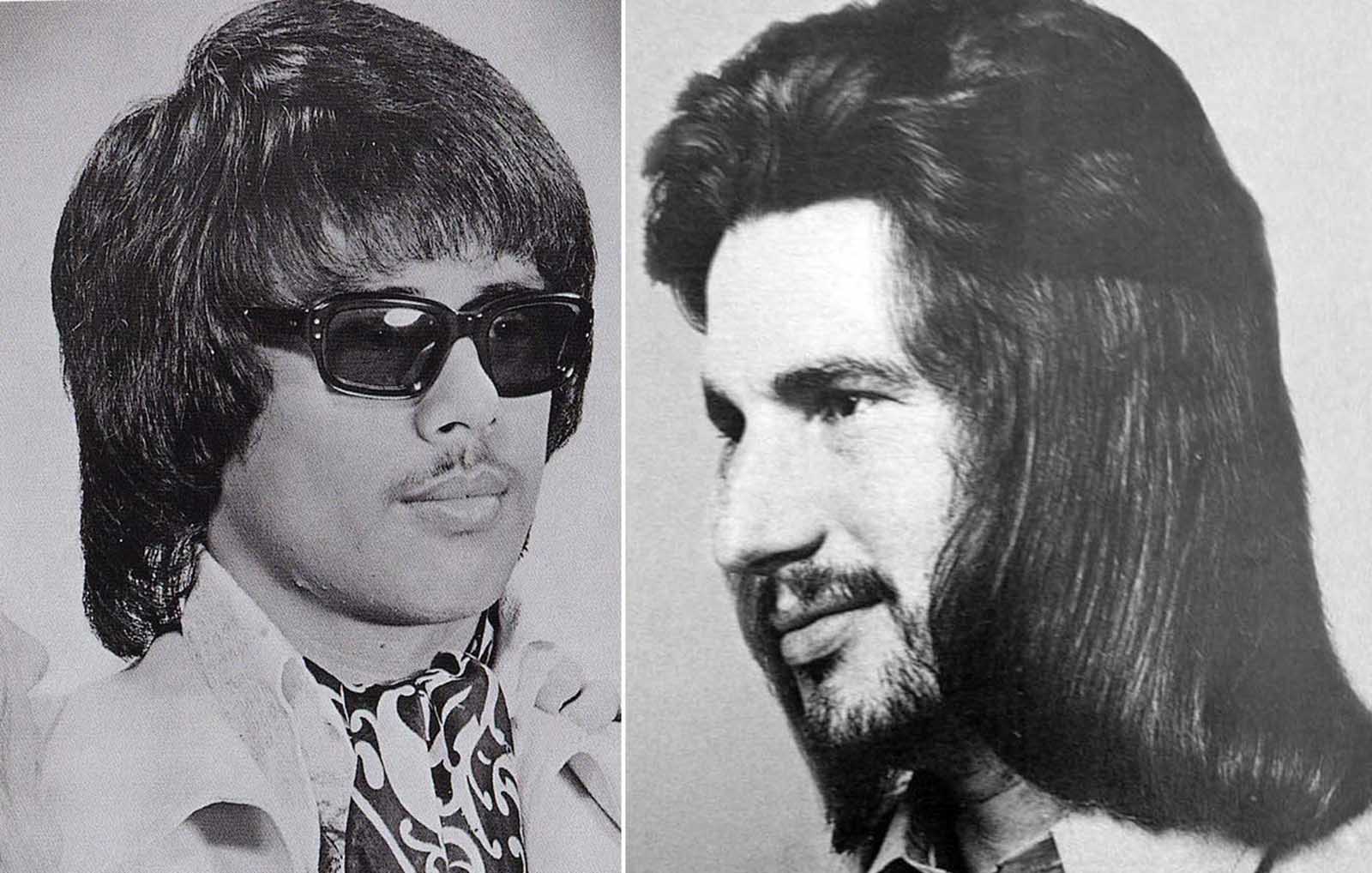