These photos were taken in 1950 by Life Magazine photographer Ed Clark who got a call from a friend at 20th Century Fox about a “hot tomato” the studio had just signed.

His pictures of Marilyn offer a rare glimpse into the early days of an eventual pop-culture icon’s career when a young actress was unaware of what the coming years would bring.

In a 1999 interview, Clark described the photo shooting: “She was almost unknown then, so I was able to spend a lot of time shooting her.”

“We’d go out to Griffith Park [in Los Angeles] and she’d read poetry. I sent several rolls to LIFE in New York, but they wired back, ‘Who the hell is Marilyn Monroe?’”

The young actress had previously signed with Fox in August 1946, but was dropped after the end of her second six-month contract. 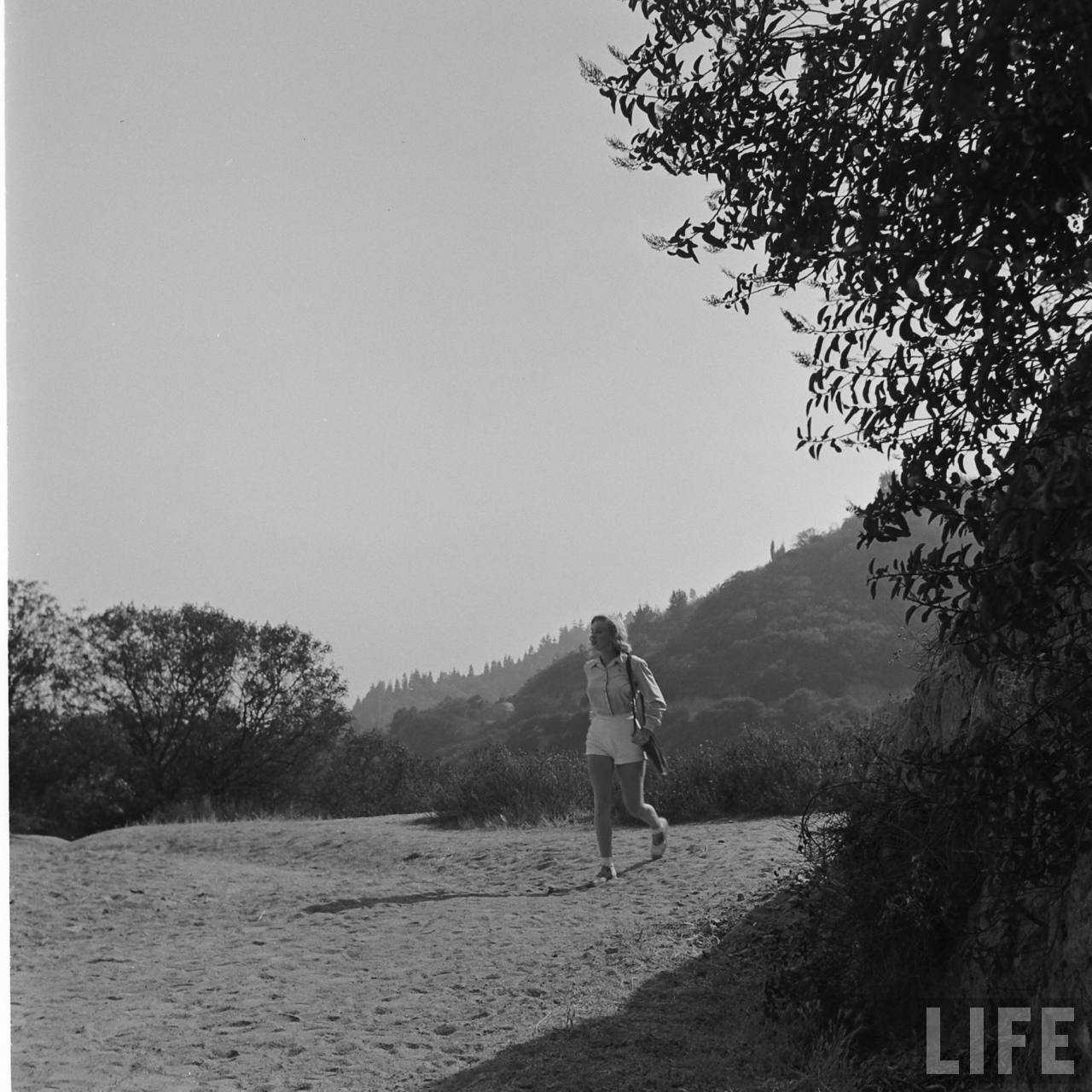 When her contract at Columbia ended, Monroe returned again to modeling. She shot a commercial for Pabst beer and posed in artistic nudes by Tom Kelley for John Baumgarth calendars (using the name ‘Mona Monroe’).

Monroe had previously posed topless or clad in a bikini for other artists such as Earl Moran, and felt comfortable with nudity. Shortly after leaving Columbia, she also met and became the protégée and mistress of Johnny Hyde, the vice president of the William Morris Agency.

Despite her screen time being only a few minutes in the latter, she gained a mention in Photoplay and according to biographer Donald Spoto “moved effectively from movie model to serious actress”.

In December 1950, Hyde negotiated a seven-year contract for Monroe with 20th Century-Fox. According to its terms, Fox could opt to not renew the contract after each year. Hyde died of a heart attack only days later, which left Monroe devastated. 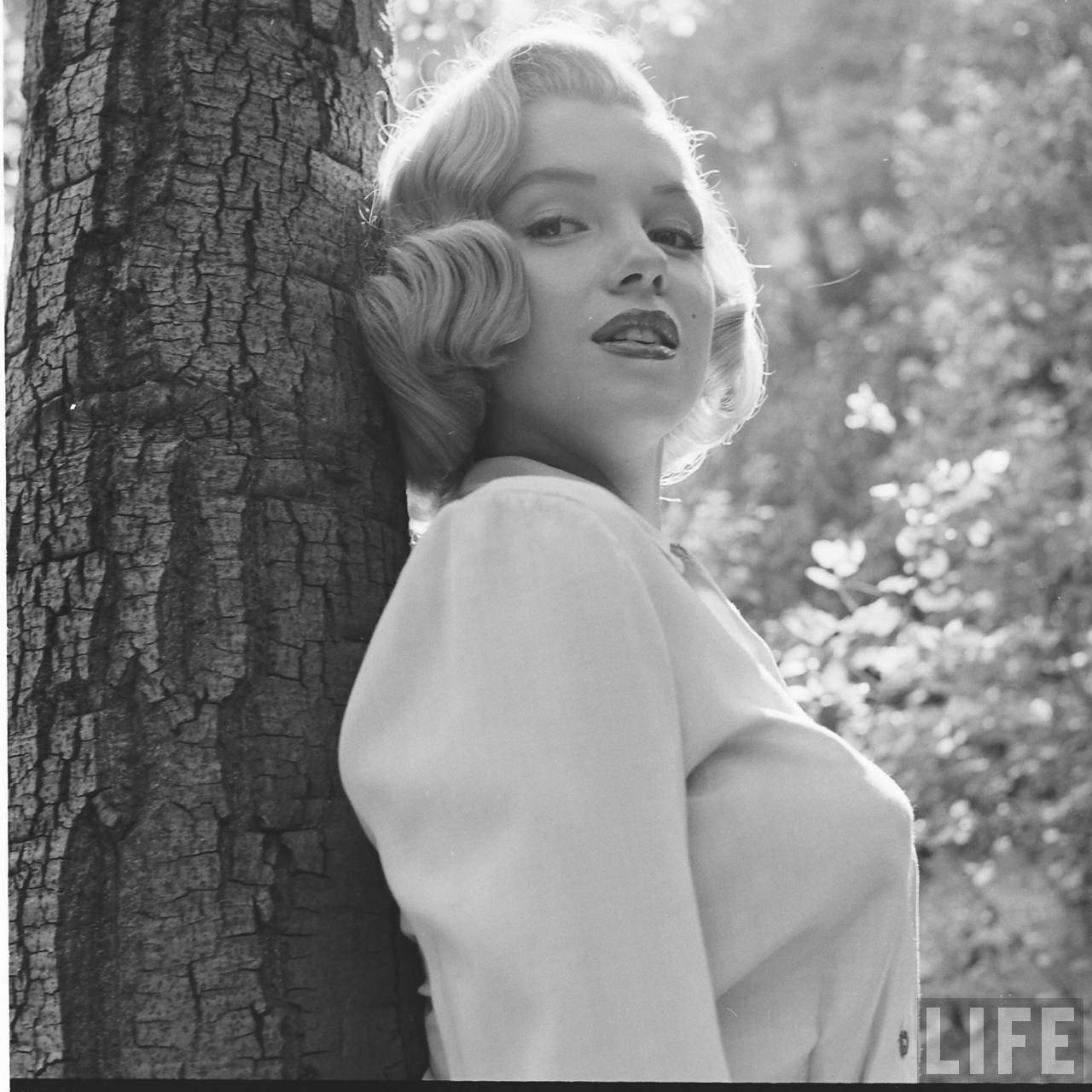 In 1951, Monroe had supporting roles in three moderately successful Fox comedies: As Young as You Feel, Love Nest, and Let’s Make It Legal.

According to Spoto all three films featured her “essentially [as] a sexy ornament”, but she received some praise from critics: Bosley Crowther of The New York Times described her as “superb” in As Young As You Feel and Ezra Goodman of the Los Angeles Daily News called her “one of the brightest up-and-coming [actresses]” for Love Nest.

Her popularity with audiences was also growing: she received several thousand fan letters a week, and was declared “Miss Cheesecake of 1951” by the army newspaper Stars and Stripes, reflecting the preferences of soldiers in the Korean War. In February 1952, the Hollywood Foreign Press Association named Monroe the “best young box office personality”.

In her private life, Monroe had a short relationship with director Elia Kazan and also briefly dated several other men, including director Nicholas Ray and actors Yul Brynner and Peter Lawford.

In early 1952, she began a highly publicized romance with retired New York Yankees baseball star Joe DiMaggio, one of the most famous sports personalities of the era. 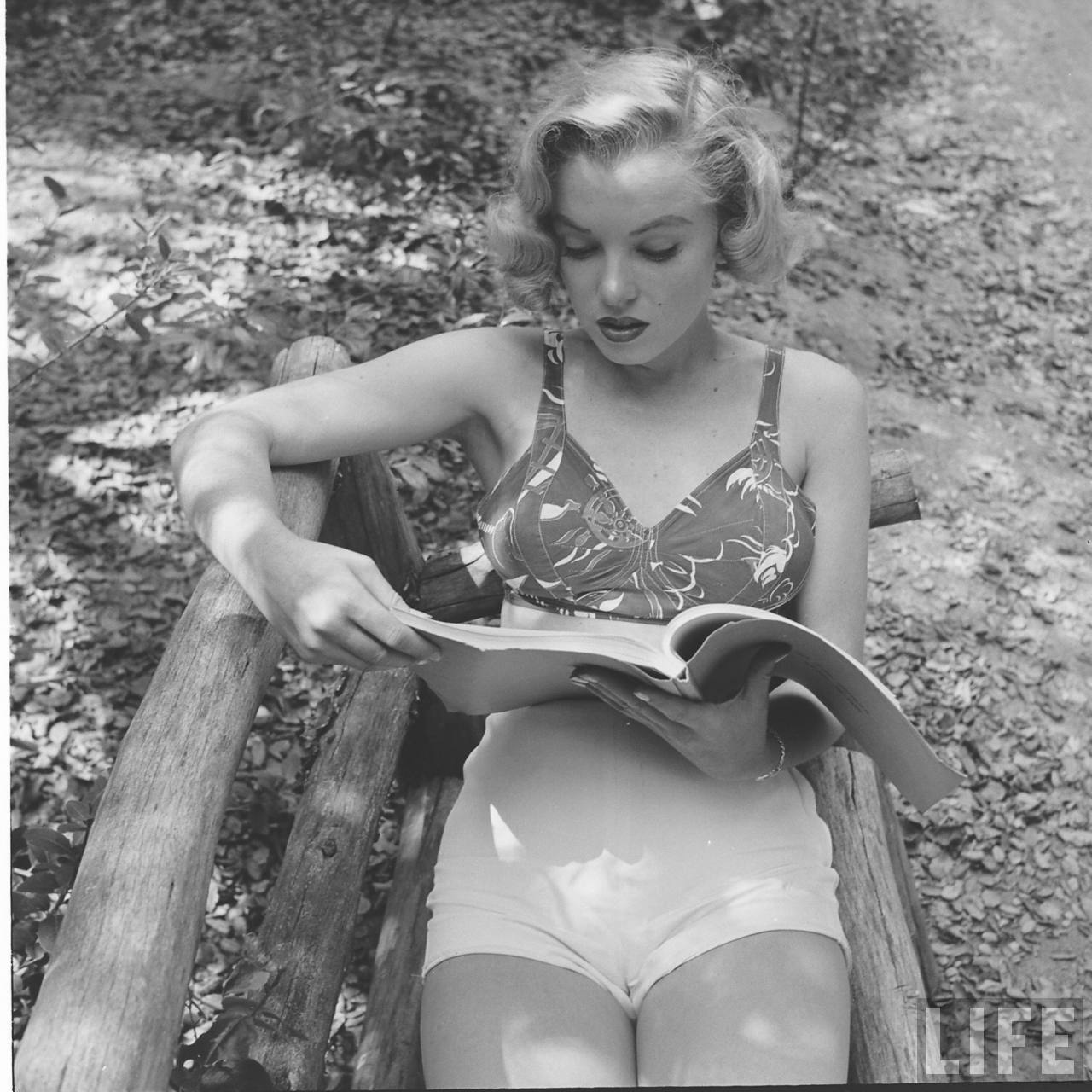 Monroe found herself at the center of a scandal in March 1952, when she revealed publicly that she had posed for a nude calendar in 1949.

The studio had learned about the photos and that she was publicly rumored to be the model some weeks prior, and together with Monroe decided that to prevent damaging her career it was best to admit to them while stressing that she had been broke at the time.

The strategy gained her public sympathy and increased interest in her films, for which she was now receiving top-billing. I

n the wake of the scandal, Monroe was featured on the cover of Life as the “Talk of Hollywood” and gossip columnist Hedda Hopper declared her the “cheesecake queen” turned “box office smash”.

Three of Monroe’s films —Clash by Night, Don’t Bother to Knock and We’re Not Married!— were released soon after to capitalize on the public interest. Despite her newfound popularity as a sex symbol, Monroe also wished to showcase more of her acting range. 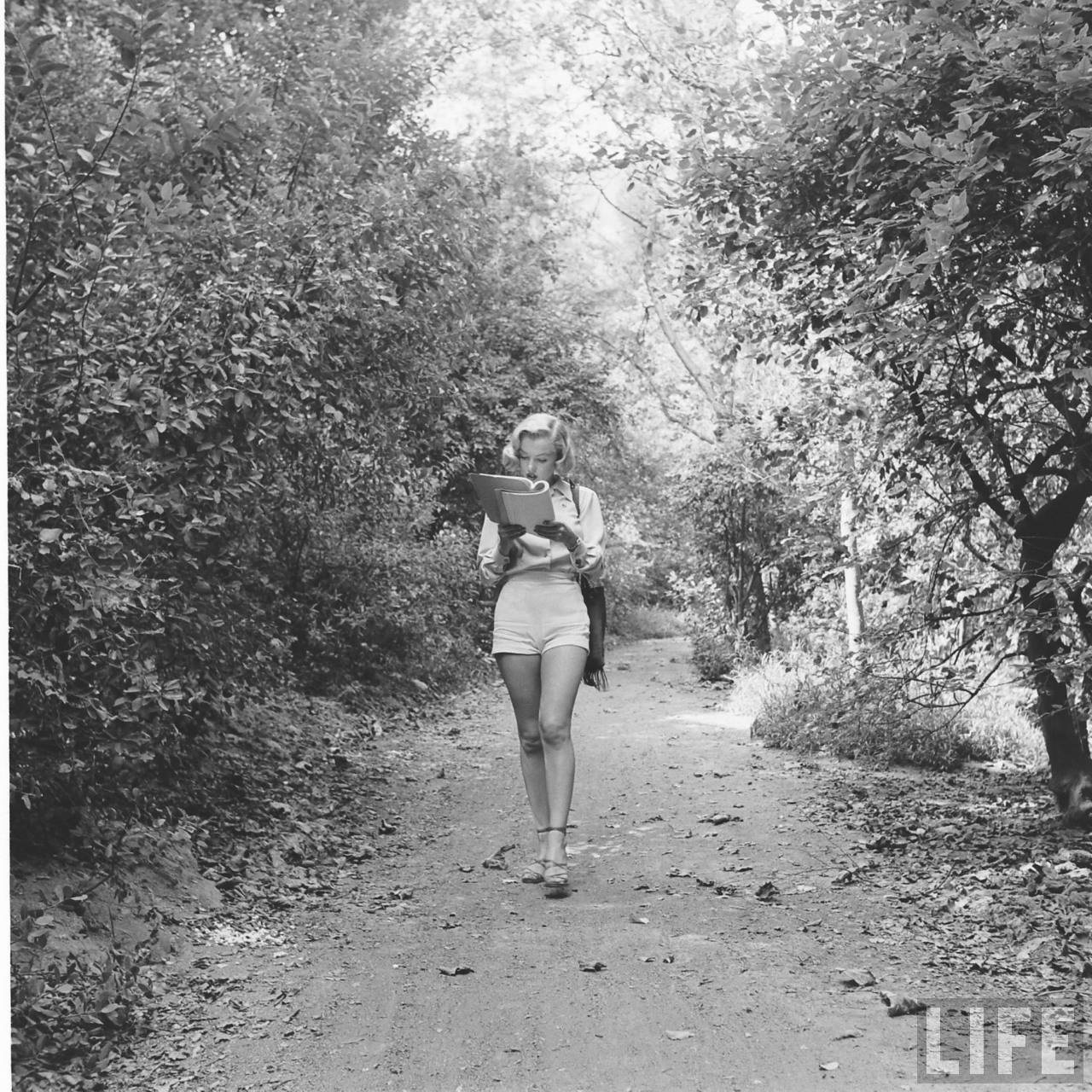 She had begun taking acting classes with Michael Chekhov and mime Lotte Goslar soon after beginning the Fox contract, and Clash by Night and Don’t Bother to Knock showed her in different roles.

In the former, a drama starring Barbara Stanwyck and directed by Fritz Lang, she played a fish cannery worker; to prepare, she spent time in a fish cannery in Monterey.

She received positive reviews for her performance: The Hollywood Reporter stated that “she deserves starring status with her excellent interpretation”, and Variety wrote that she “has an ease of delivery which makes her a cinch for popularity”.

The latter was a thriller in which Monroe starred as a mentally disturbed babysitter and which Zanuck used to test her abilities in a heavier dramatic role. It received mixed reviews from critics, with Crowther deeming her too inexperienced for the difficult role, and Variety blaming the script for the film’s problems. 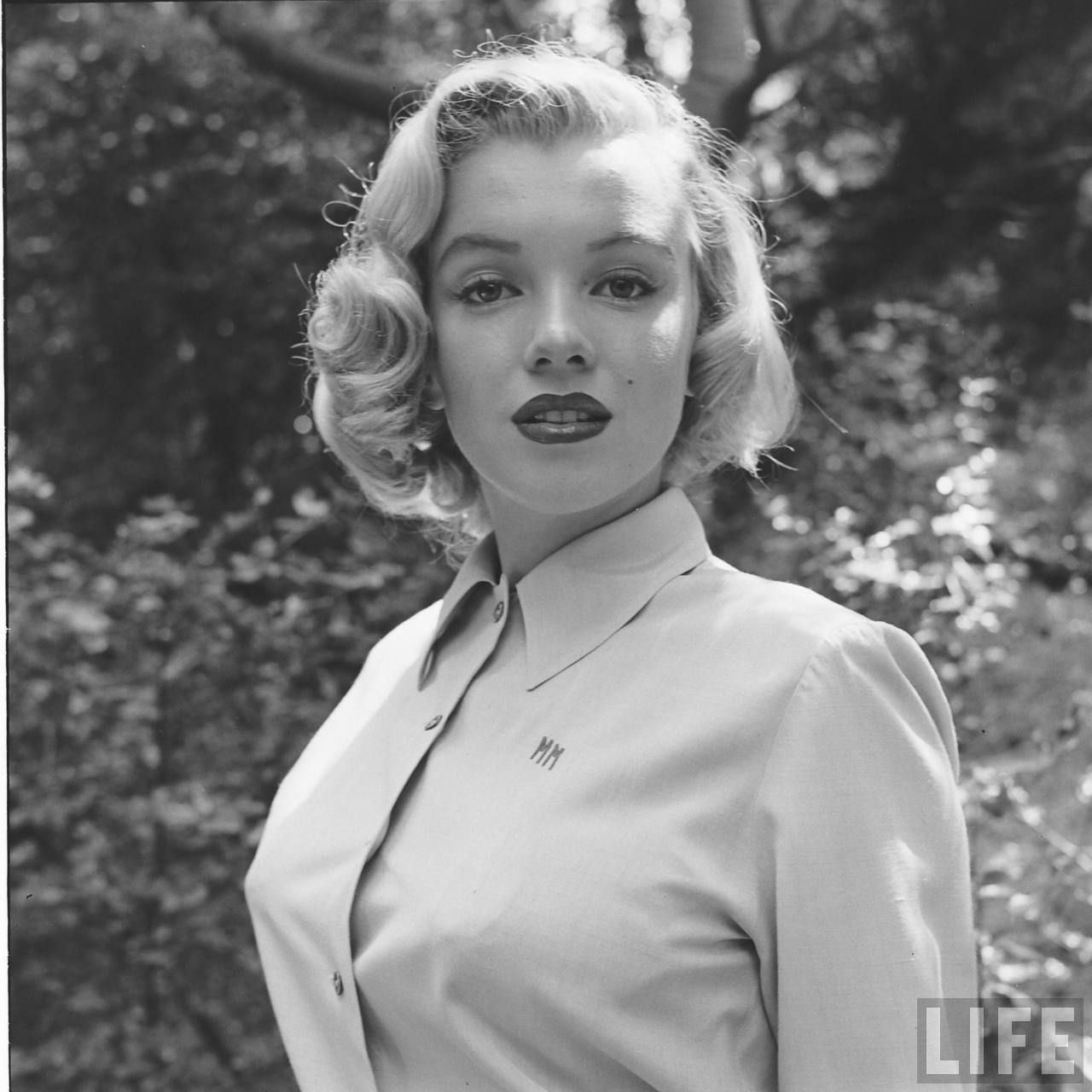 During this period, Monroe gained a reputation for being difficult to work with, which would worsen as her career progressed. She was often late or did not show up at all, did not remember her lines, and would demand several re-takes before she was satisfied with her performance.

Her dependence on her acting coaches—Natasha Lytess and then Paula Strasberg—also irritated directors. Monroe’s problems have been attributed to a combination of perfectionism, low self-esteem, and stage fright.

She disliked her lack of control on film sets and never experienced similar problems during photo shoots, in which she had more say over her performance and could be more spontaneous instead of following a script.

To alleviate her anxiety and chronic insomnia, she began to use barbiturates, amphetamines, and alcohol, which also exacerbated her problems, although she did not become severely addicted until 1956. 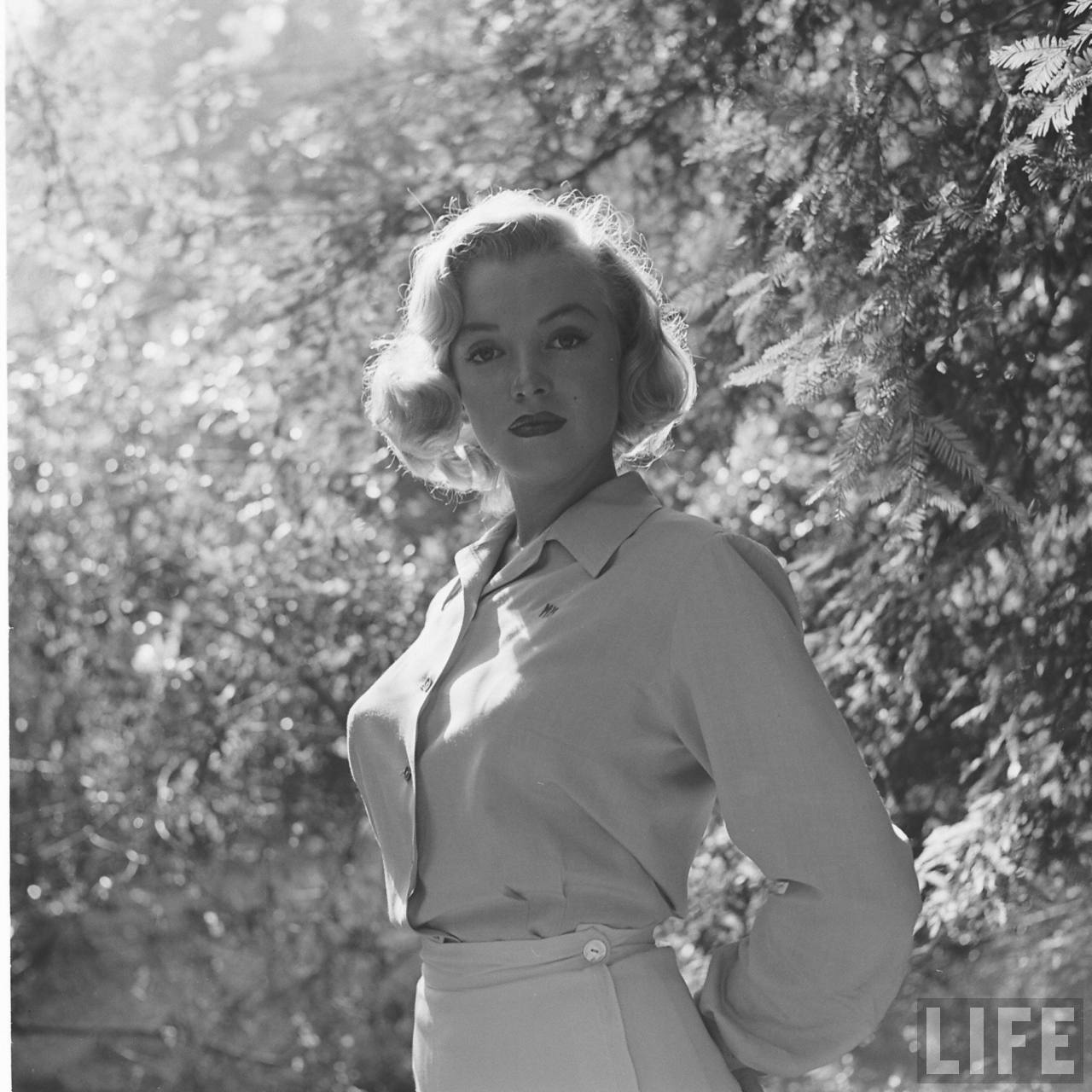 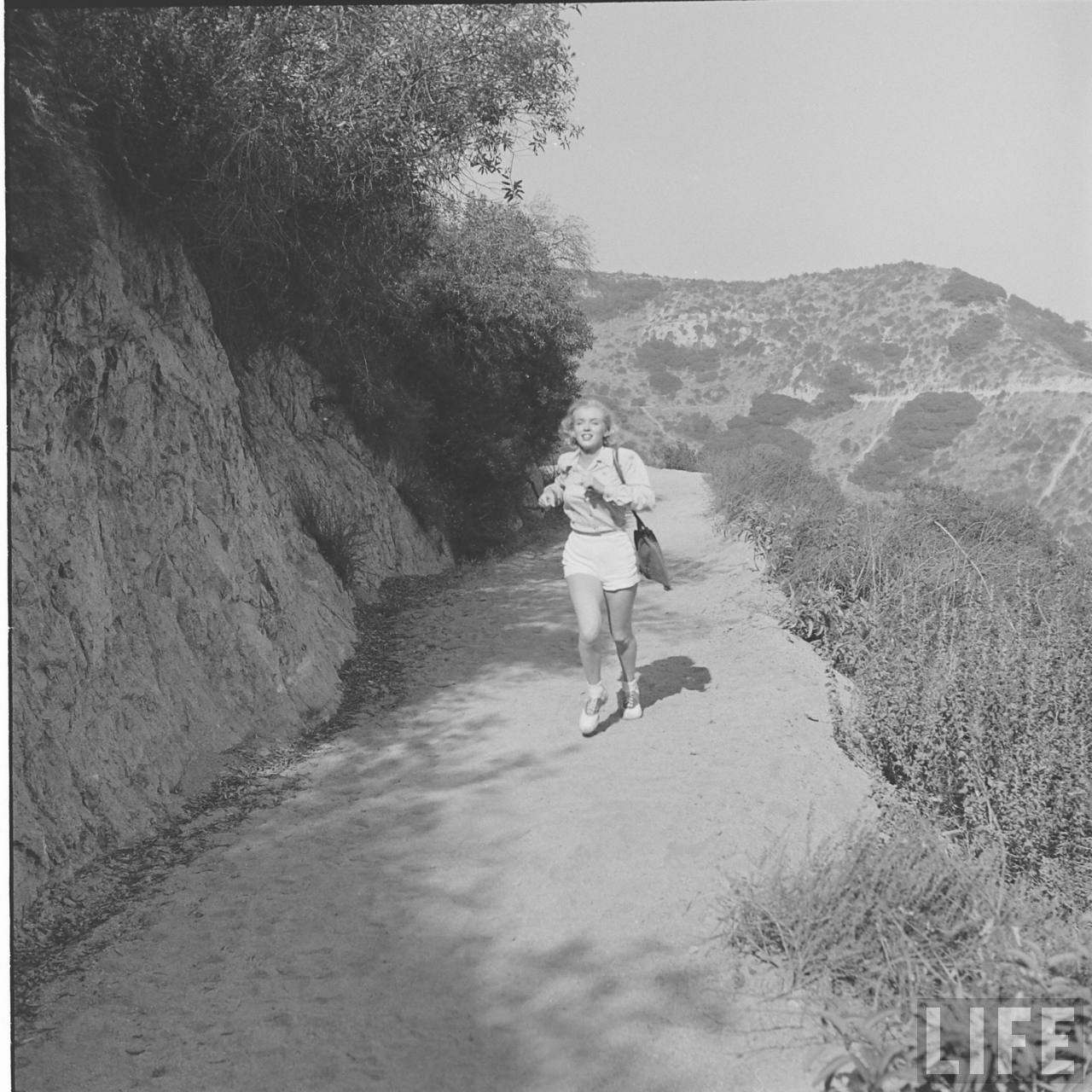 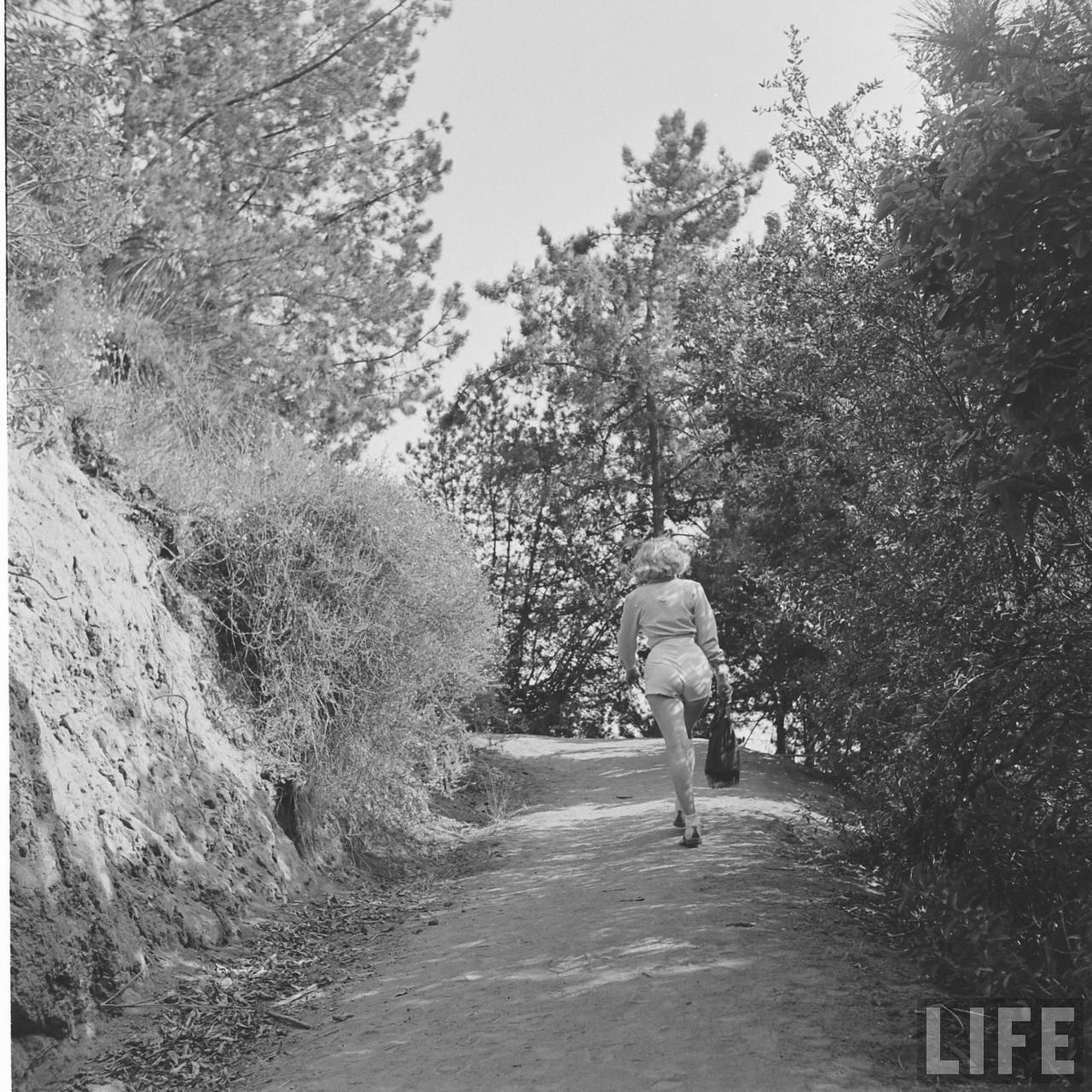 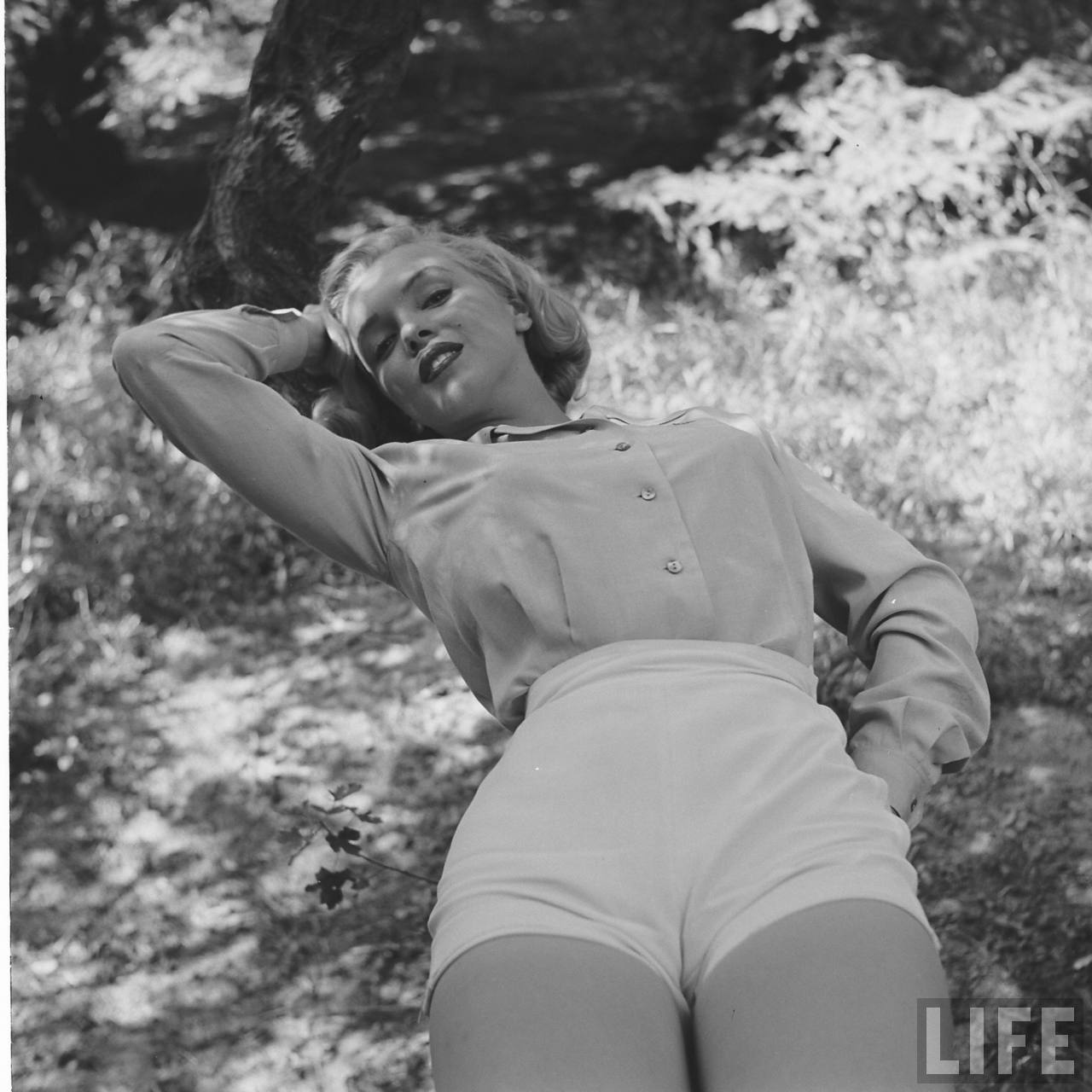 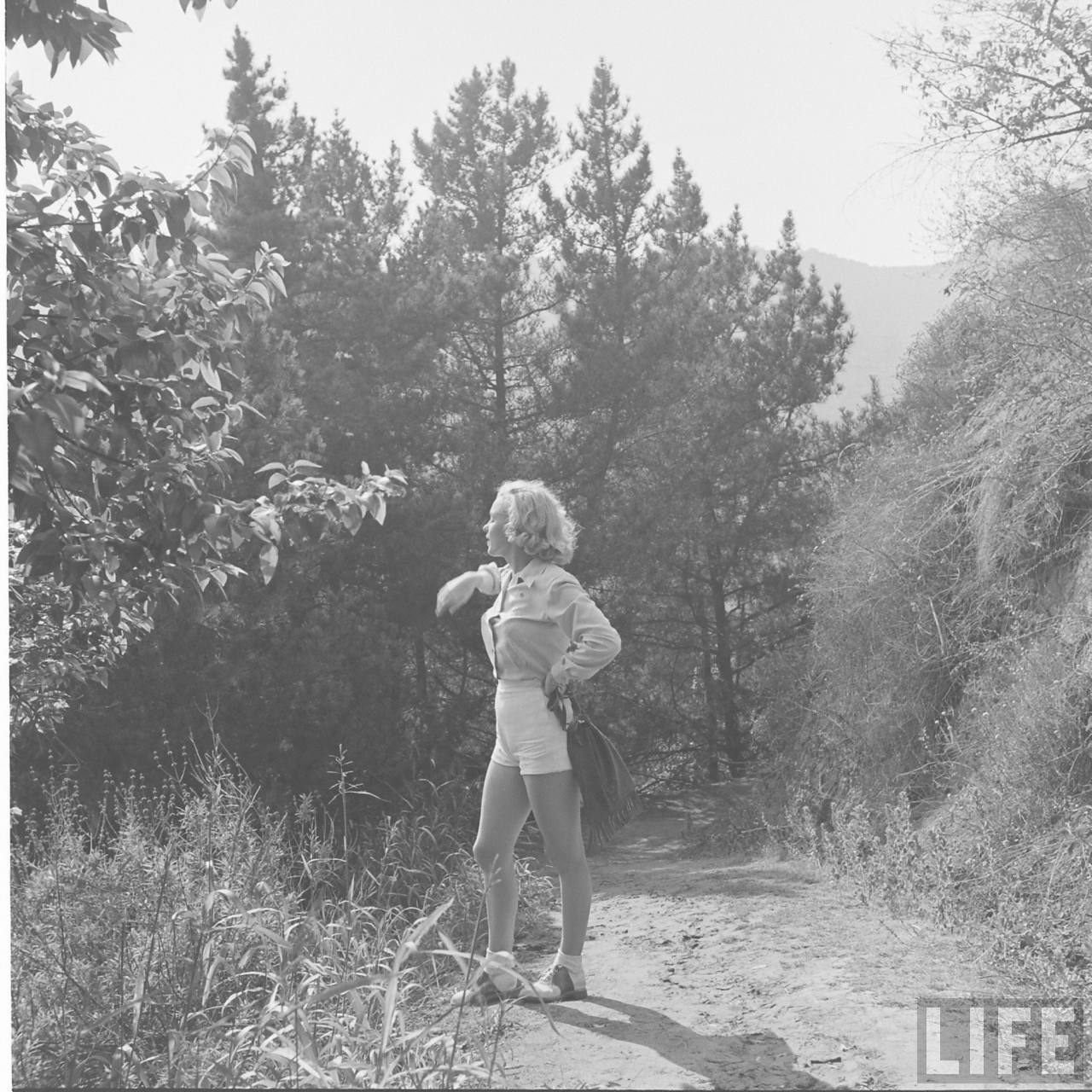 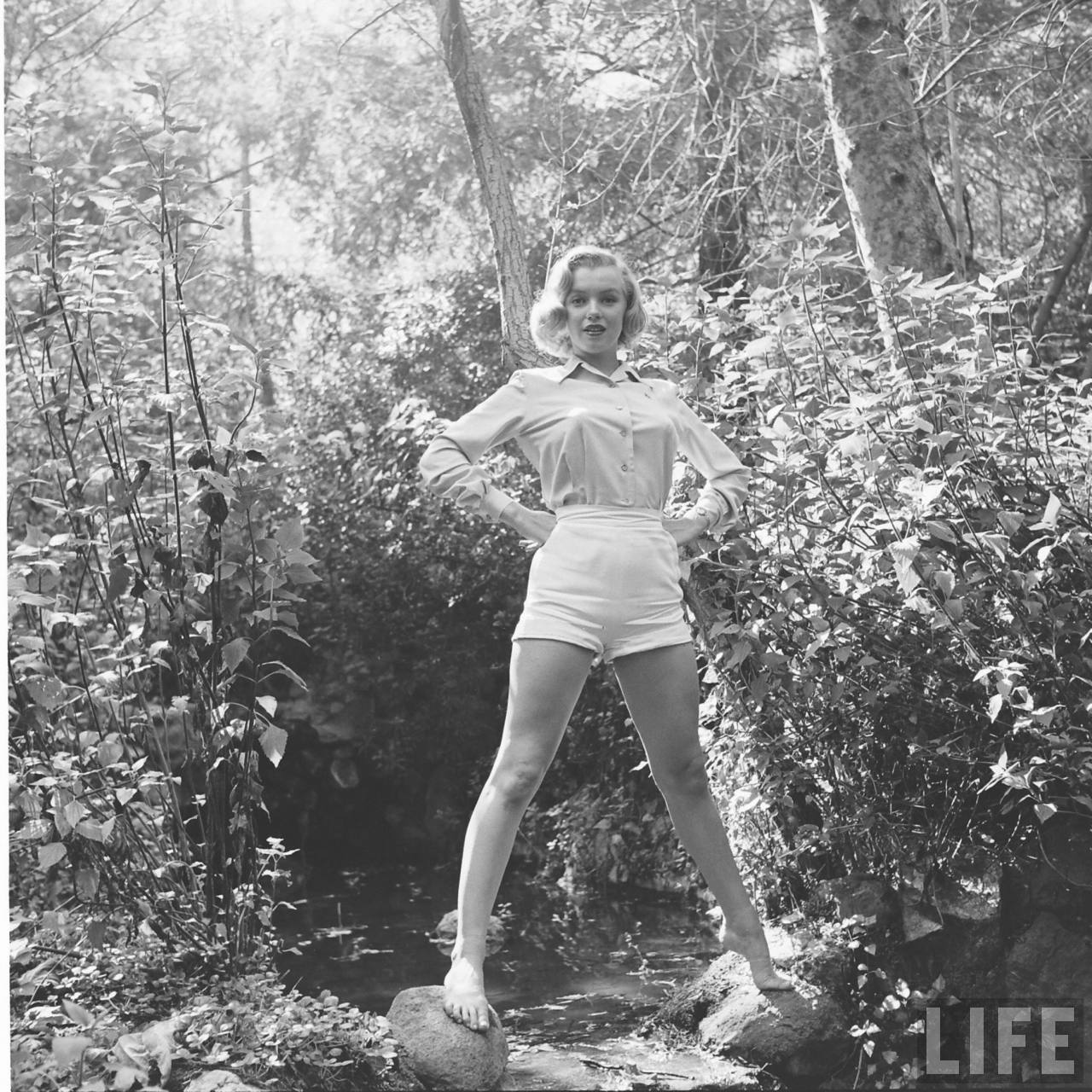 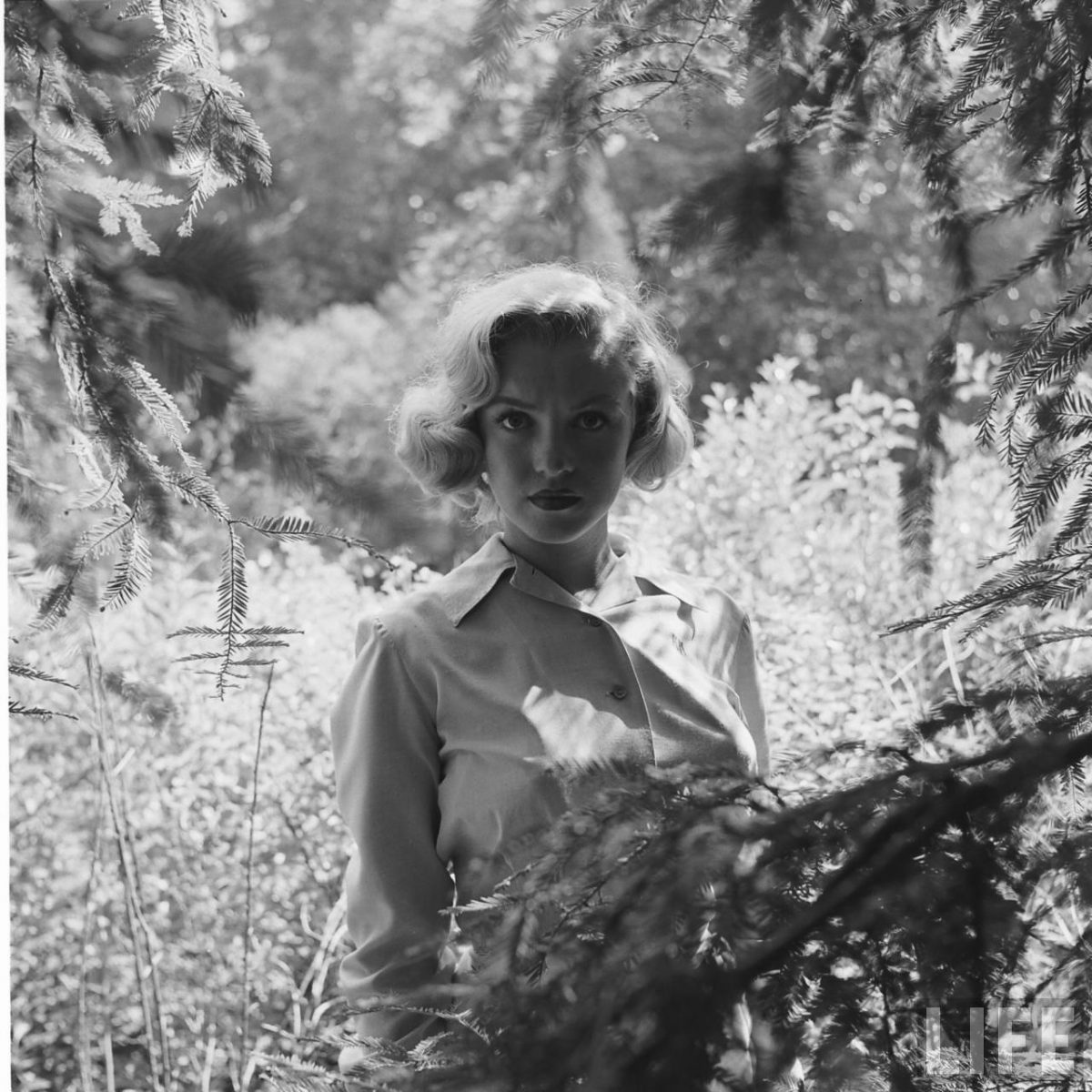 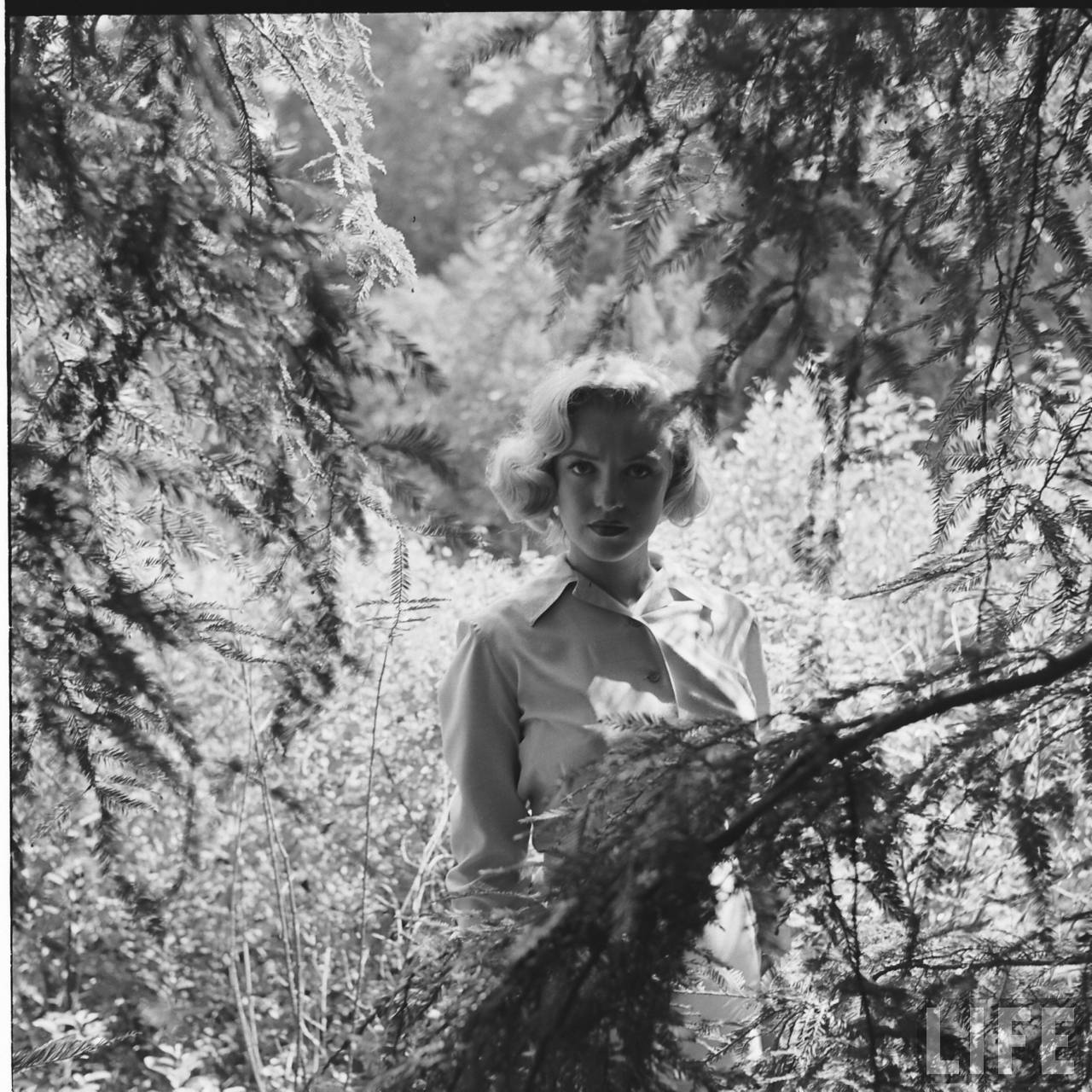 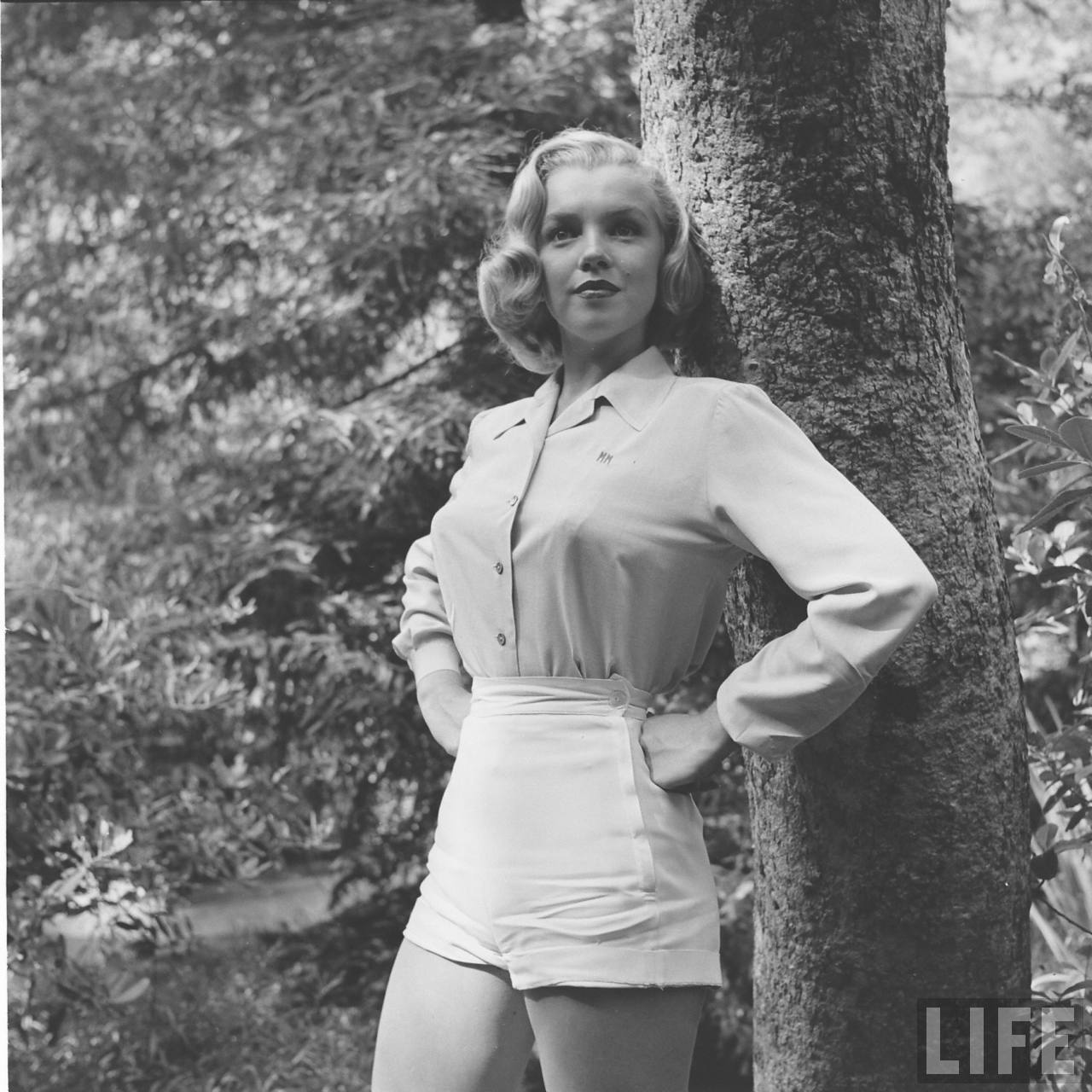 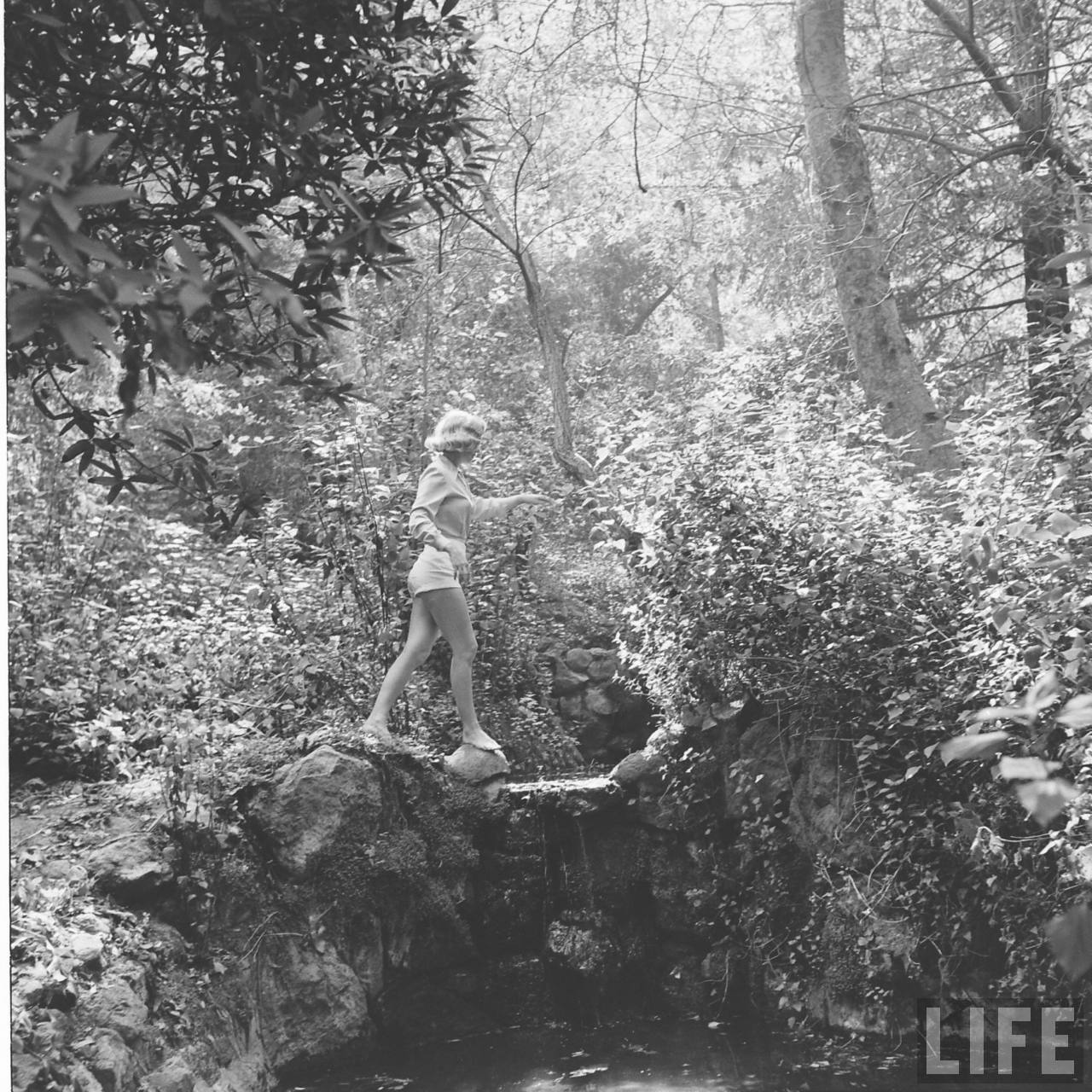 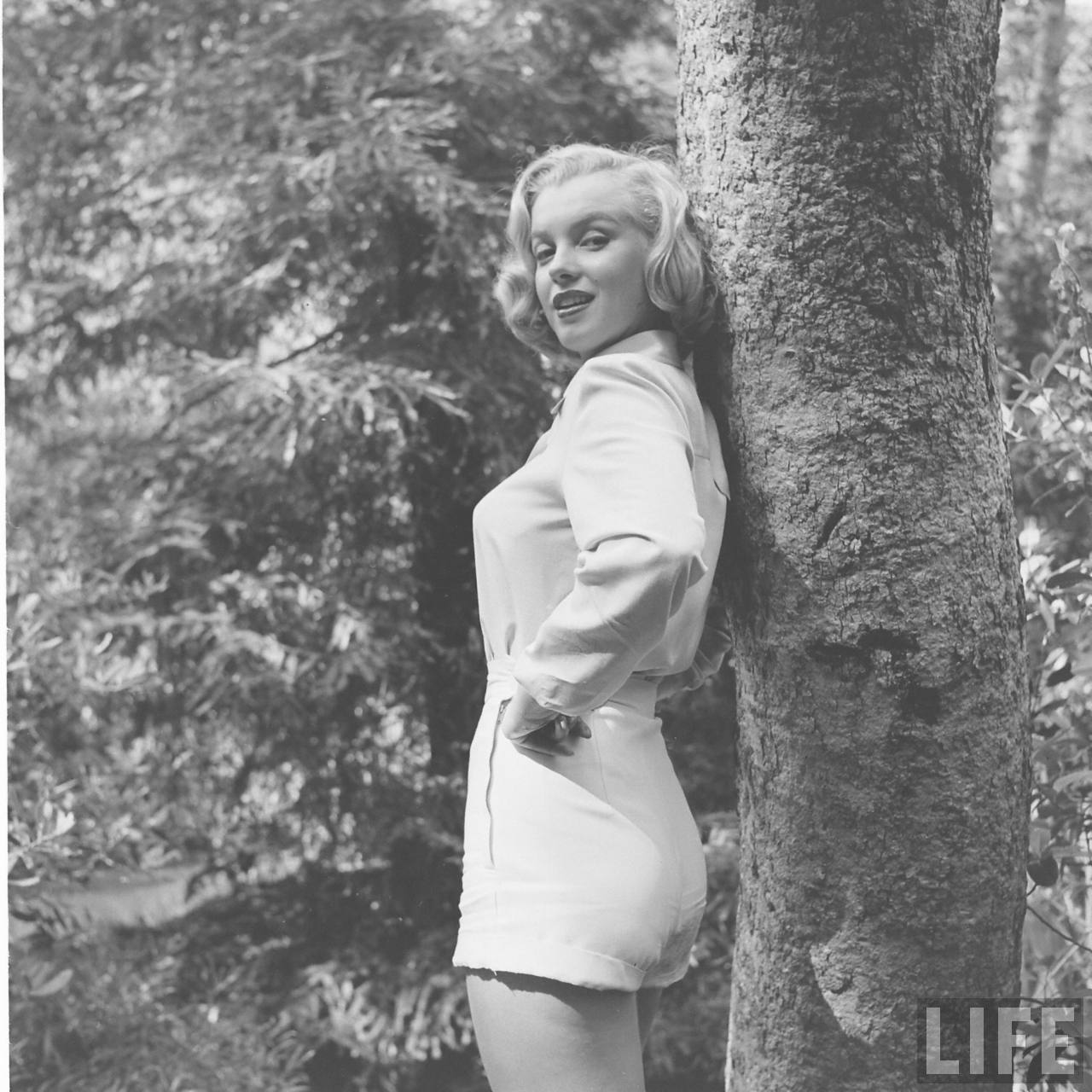 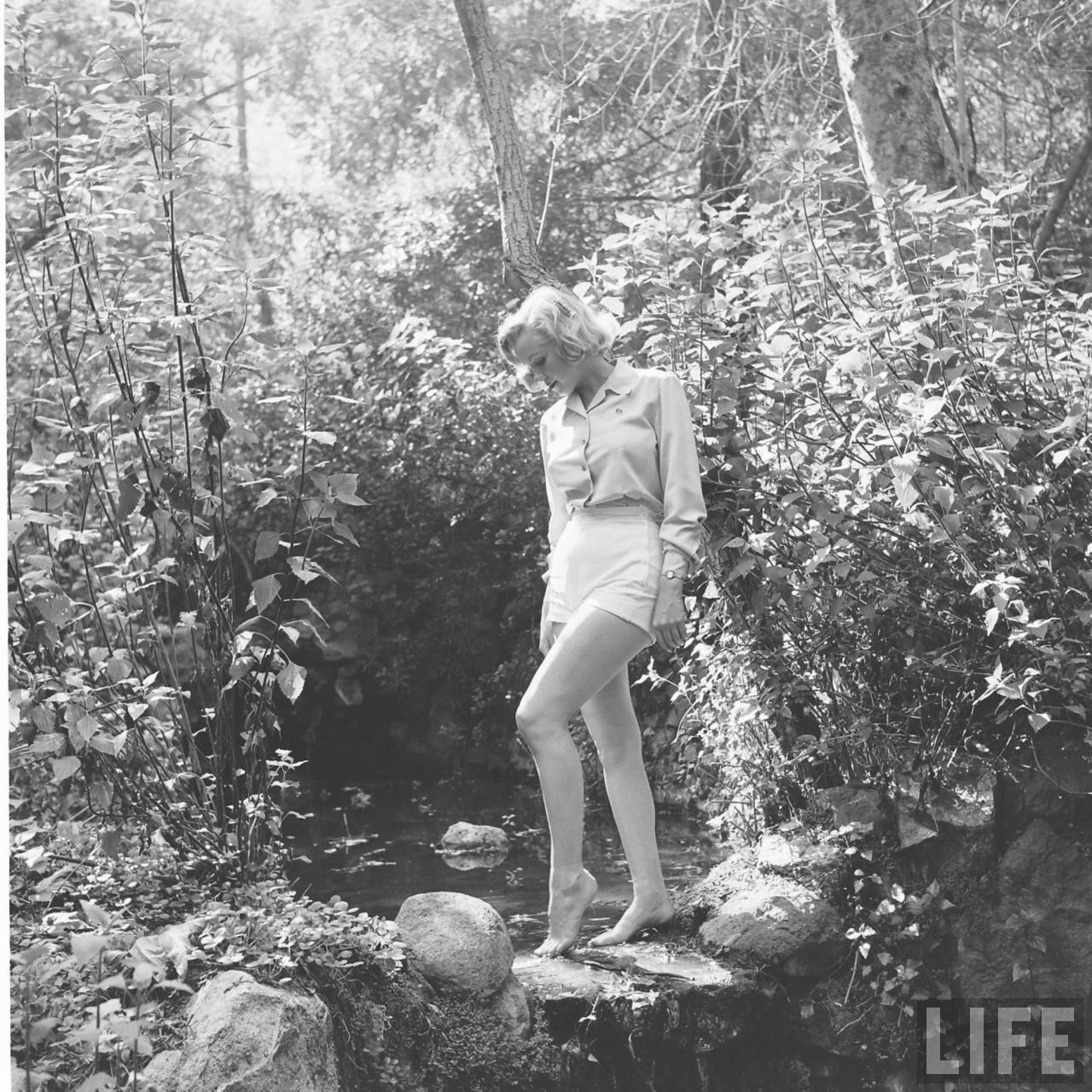 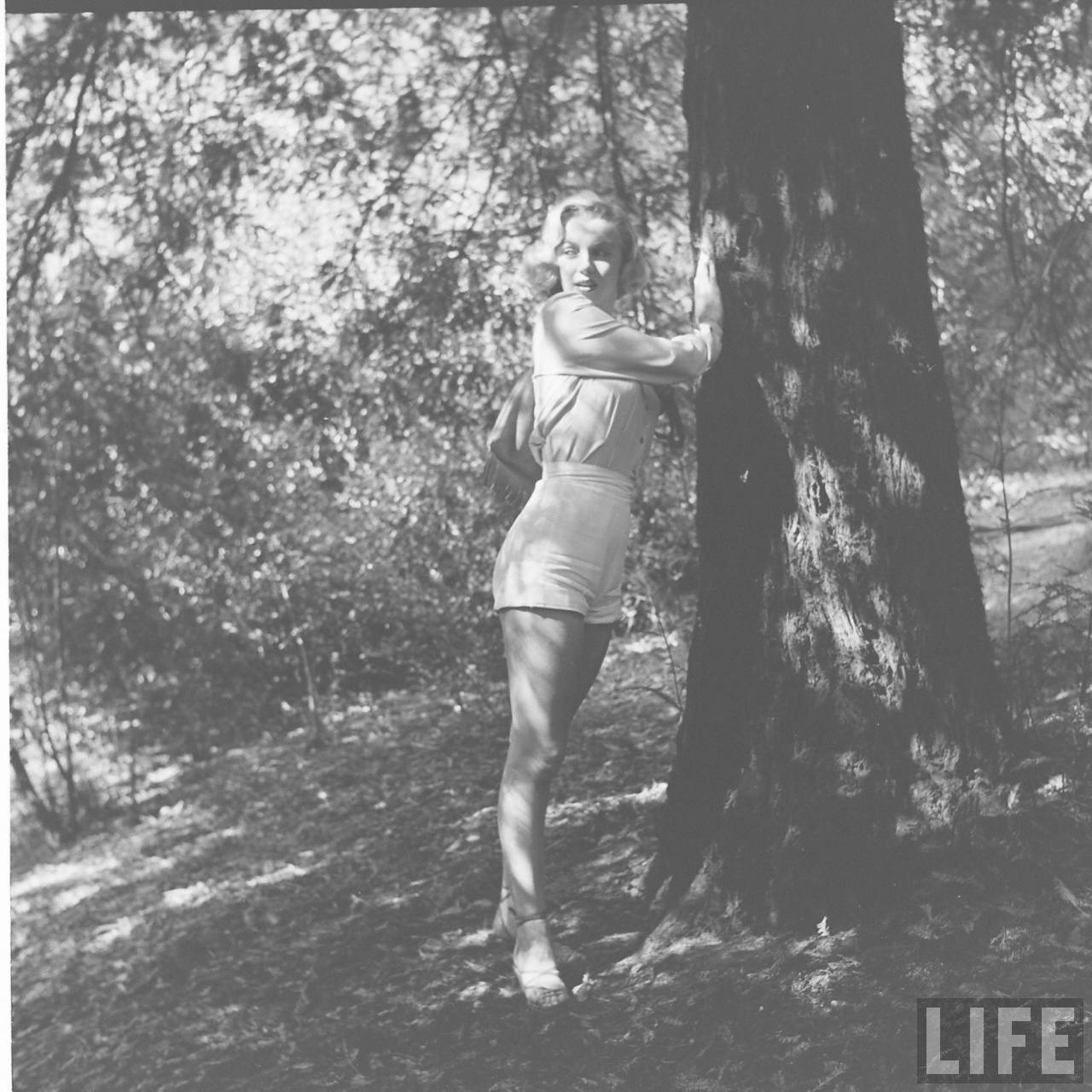 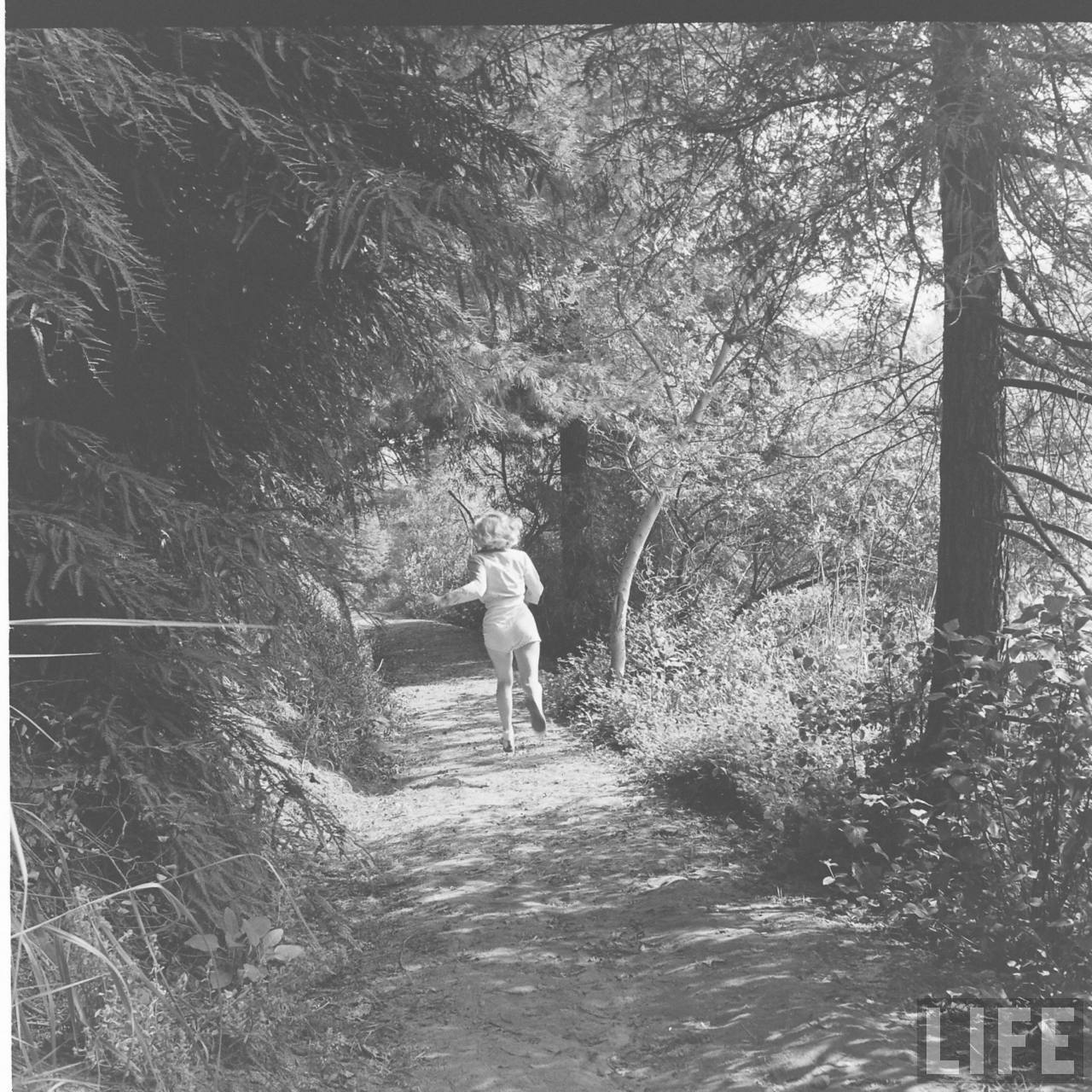 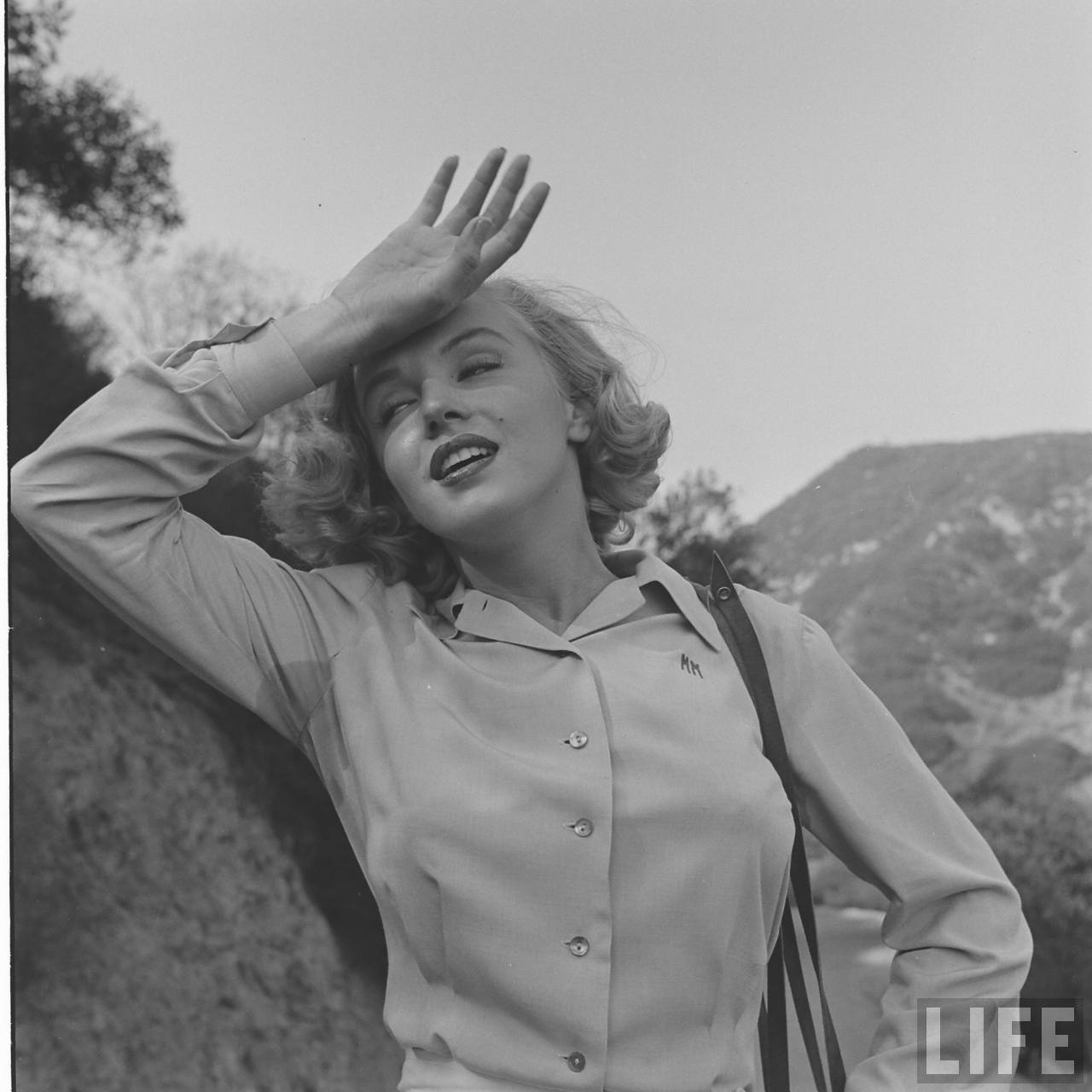 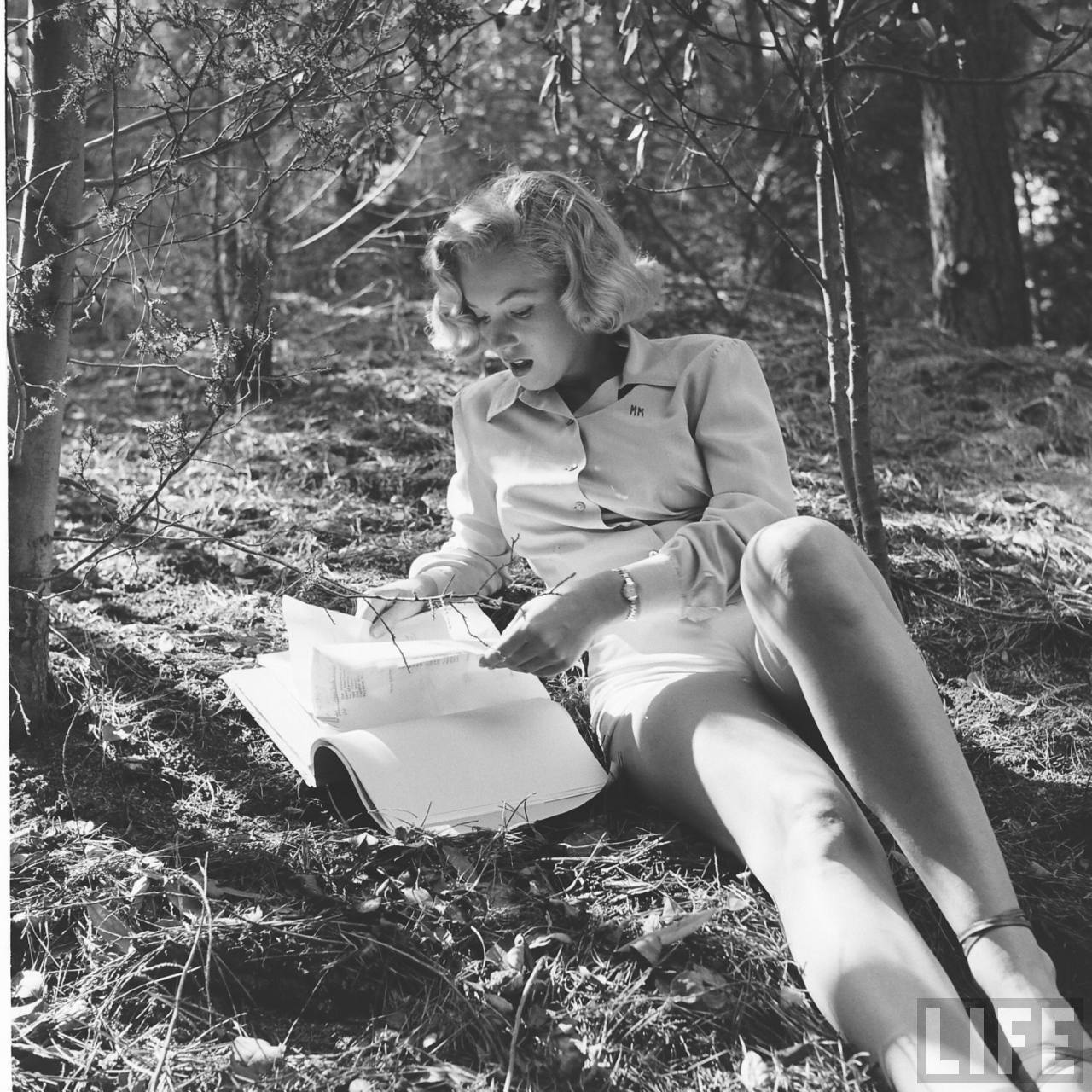 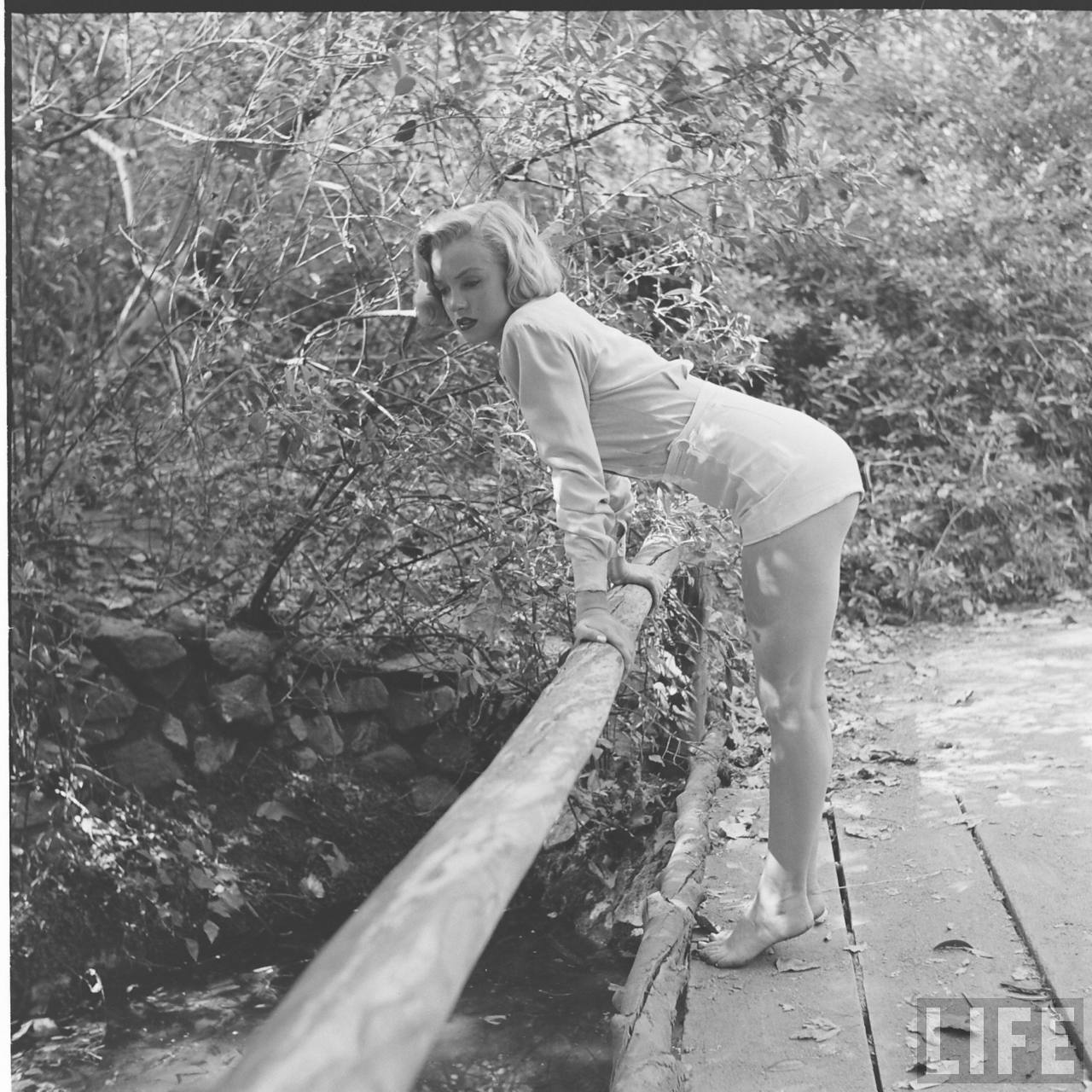 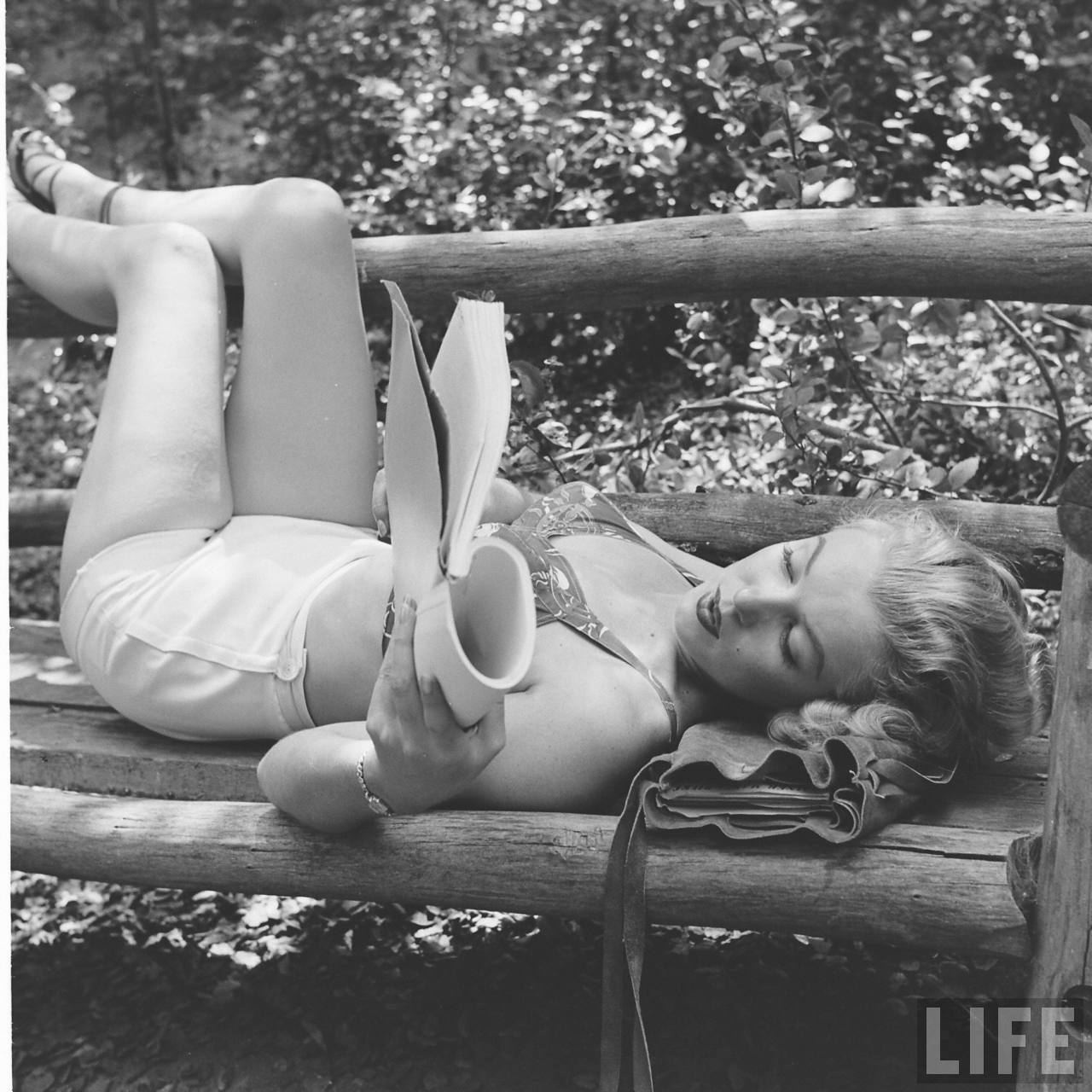 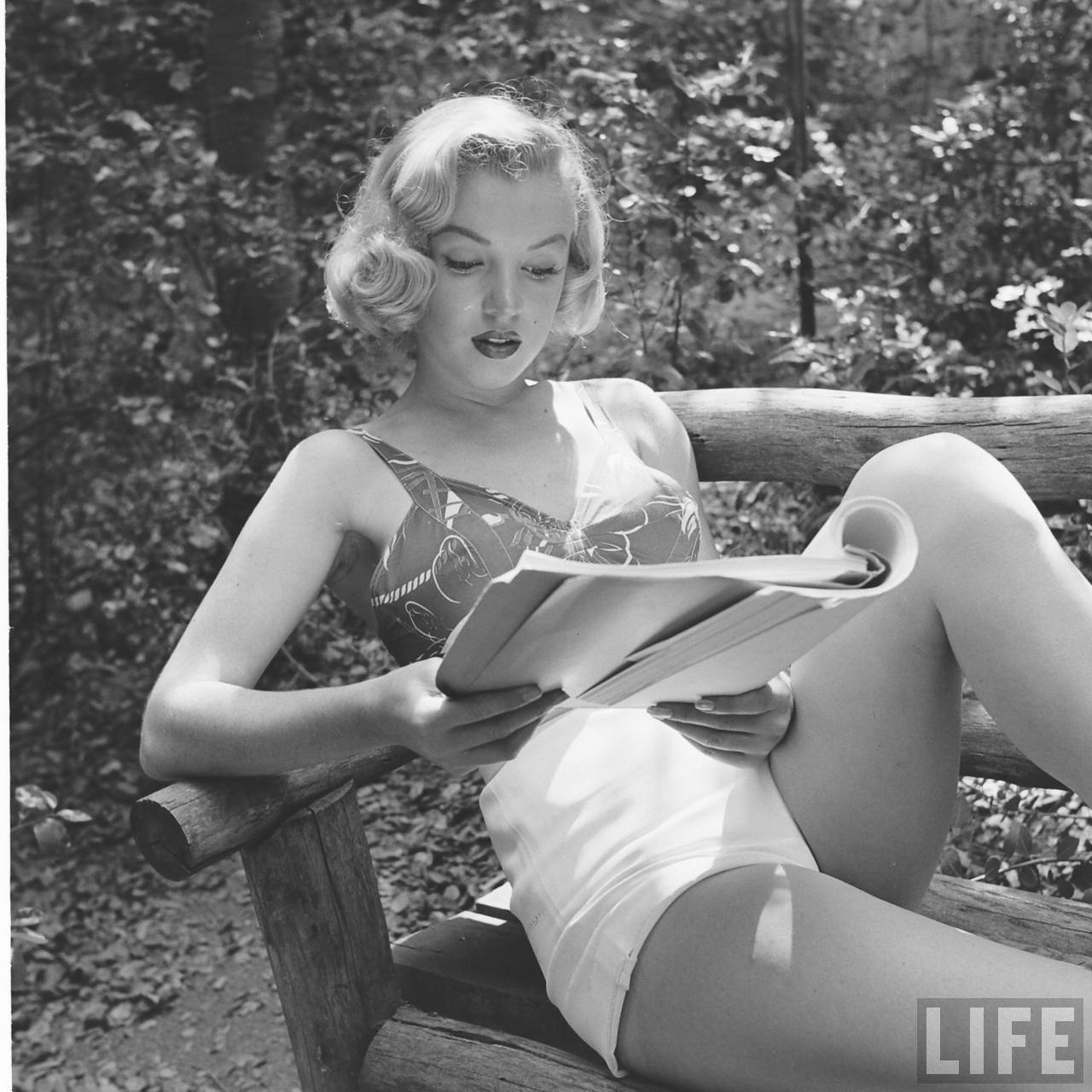 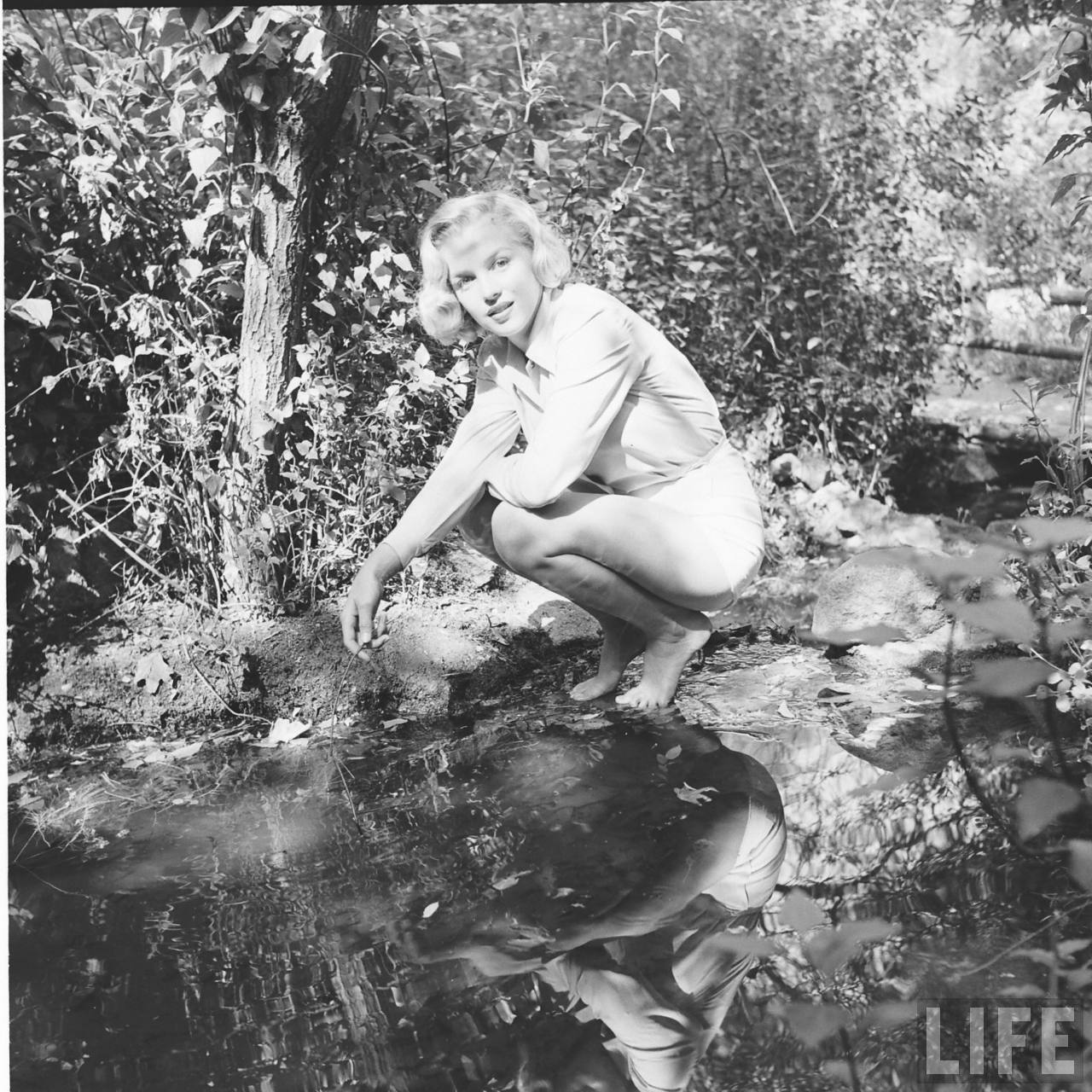