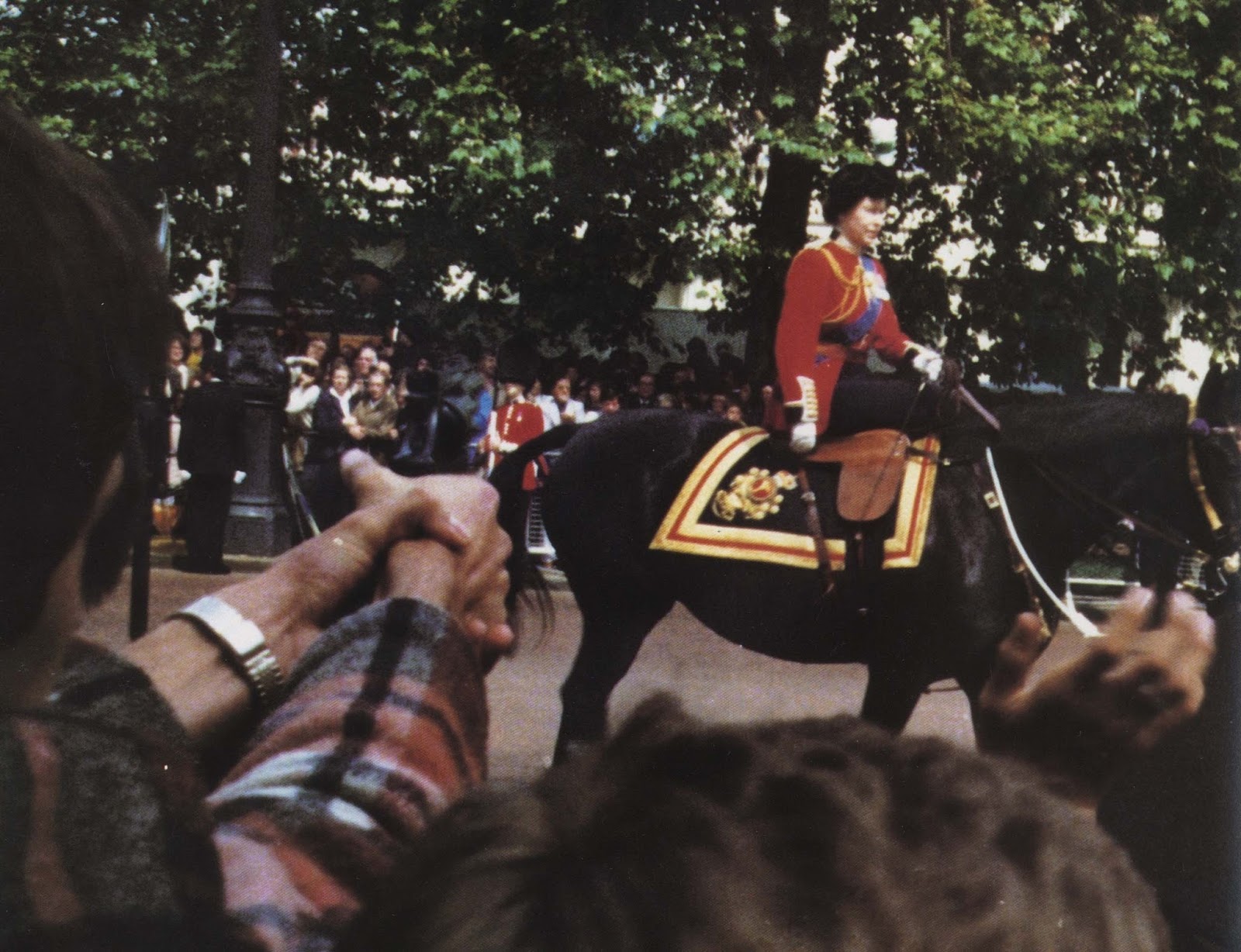 On 13 June 1981, Marcus Sarjeant joined the crowds for Trooping the Colour, finding a spot near the junction between The Mall and Horseguards Avenue. When the Queen came past riding her 19-year-old horse Burmese, Sarjeant quickly fired six blanks from his starting revolver.

The horse was momentarily startled but the Queen brought her under control; she was unharmed. The security quickly reacted and subdued Sarjeant, who told them “I wanted to be famous. I wanted to be a somebody”.

In questioning, Sarjeant said he had been inspired by the assassination of John Lennon in December 1980, and the attempts on the life of Ronald Reagan and Pope John Paul II.

In particular, he noted the ease with which Mark David Chapman had become famous after killing John Lennon. A friend said that at the time of John Hinckley, Jr.’s attempt on the life of President Reagan, Sarjeant had said “I would like to be the first one to take a pot shot at the Queen”.

The above picture was taken by Georg P. Uebel, a tourist who discovered the picture only after his film was developed. The picture was made public at Sarjeant’s trial in May 1982 but did not attract that much attention. It was as LIFE magazine called it, “a misfired moment of minor note”.

More shocking however was the fact that at the time of his arrest, Sarjeant had on him a tape noting his intent to attack the Queen again with a loaded weapon.

Sarjeant was found guilty of an offense under Section Two of the Treason Act in that he “wilfully discharged at or near Her Majesty the Queen a gun with the intent to alarm or distress Her Majesty”.

He wrote to the Queen from prison to apologize, but he never received a reply. After three years in jail, Sarjeant was released in October 1984 at the age of 20. He changed his name, began a new life, and disappeared into history.