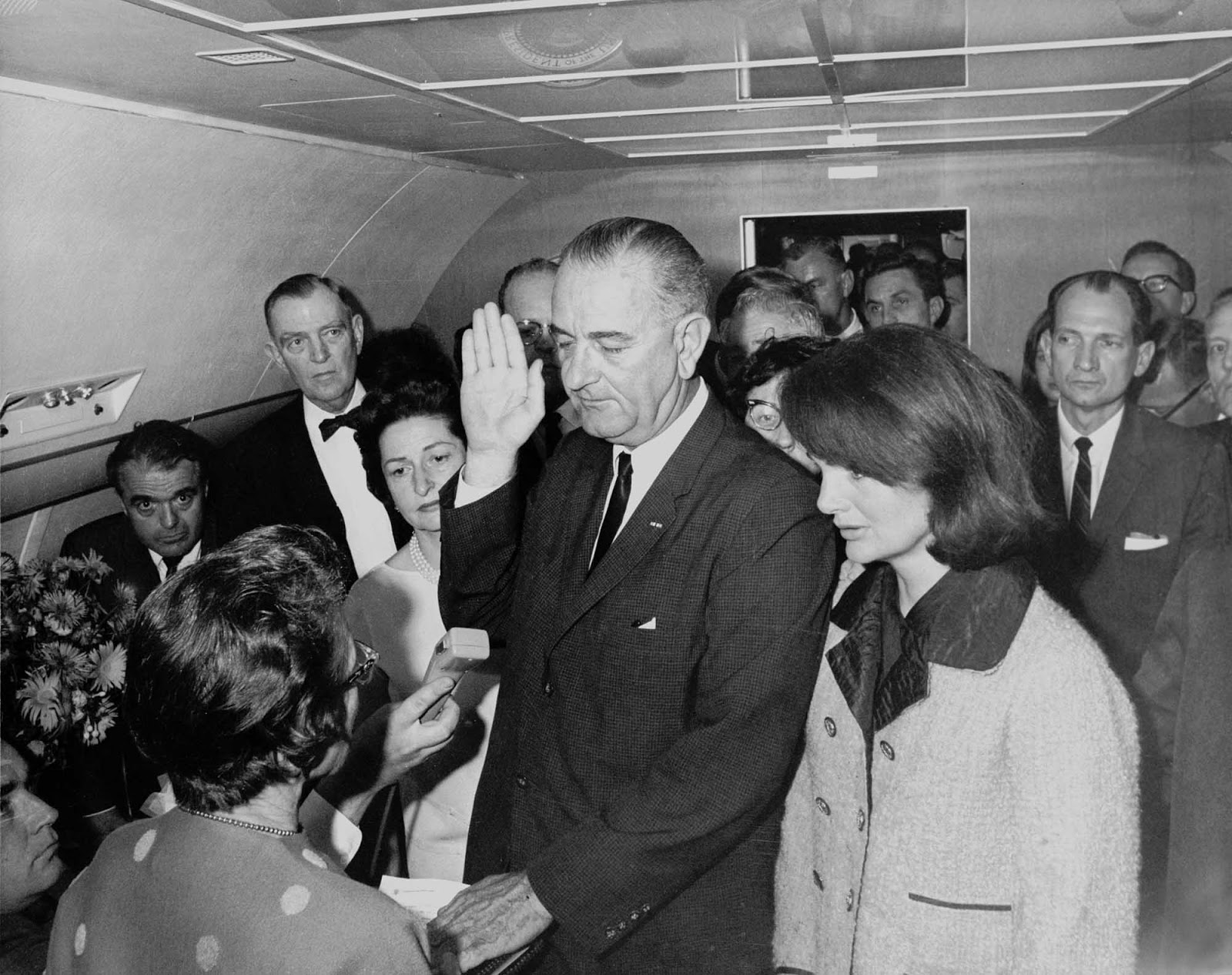 Flanked by Jackie Kennedy and his wife, Ladybird, Vice President Lyndon Johnson is sworn in as president of the United States of America by Dallas Federal District Judge Sarah T. Hughes on November 22, 1963.

President Lyndon B. Johnson takes the oath of office aboard Air Force One at Love Field in Dallas, Texas, following the assassination of President John F. Kennedy. Jackie is angled in such a way as to hide the blood on her coat.

It’s the perfect image that reflects the American Pain of the moment, the quick need for seamless succession, and yet, and yet, in that relatively desperate moment, attention is still given to the gloss and optics of how the whole thing is presented.

For the inauguration, twenty-seven people squeezed into the sixteen-foot square stateroom of Air Force One for the proceedings. Adding to the discomfort was the lack of air conditioning as the aircraft had been disconnected from the external power supply, in order to take off promptly. As the inauguration proceeded the four jet engines of Air Force One were being powered up.

The Warren Commission’s report detailed the inauguration: “From the Presidential airplane, the new President telephoned Attorney General Robert F. Kennedy, who advised that Mr. Johnson take the Presidential oath of office before the plane left Dallas. Federal Judge Sarah T. Hughes hastened to the plane to administer the oath. 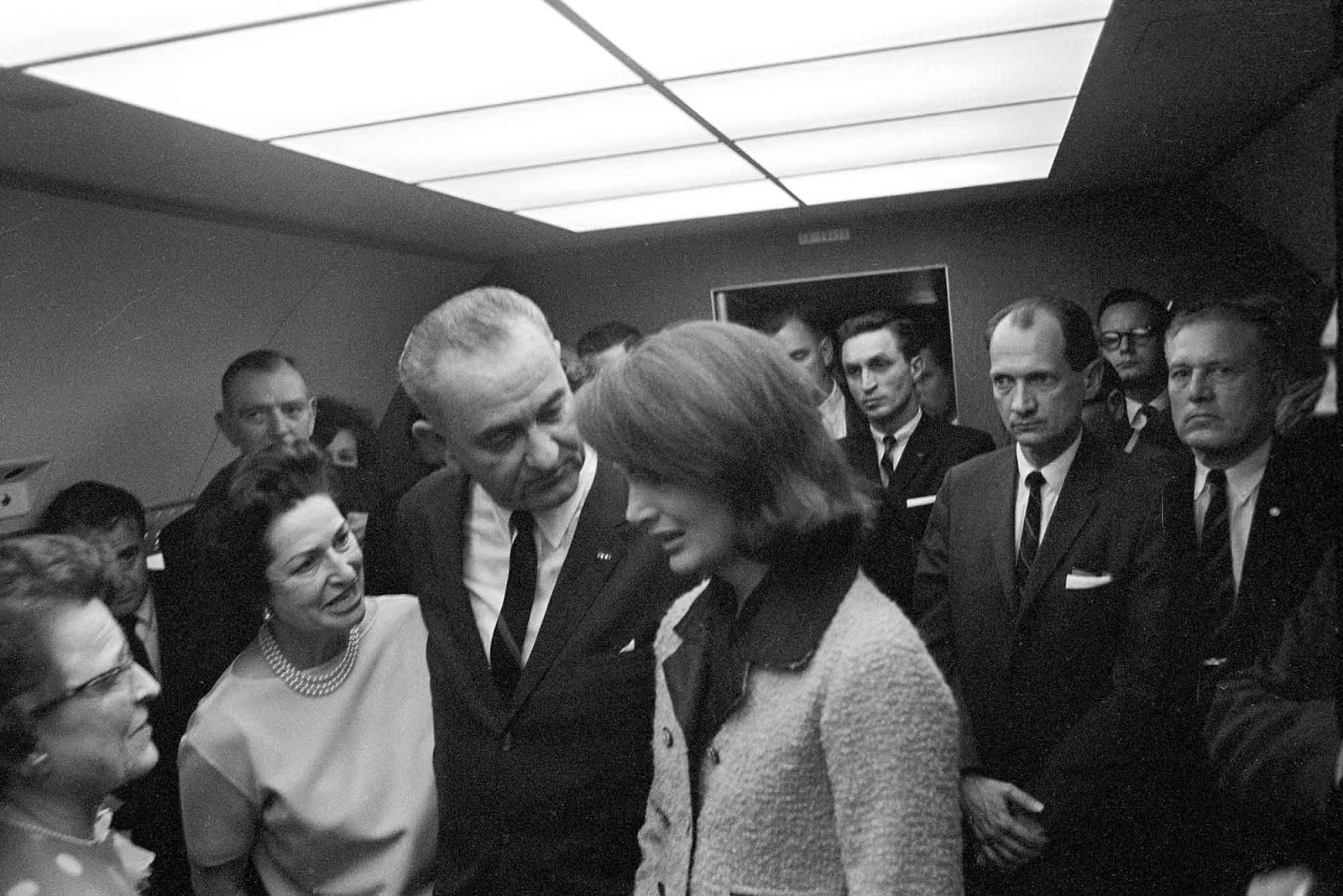 The inauguration marked the commencement of the first term (a partial term of 1 year, 59 days) of Lyndon B. Johnson as President.

The swearing-in ceremony administered by Judge Hughes in an Air Force One conference room represented the first time that a woman administered the presidential oath of office as well as the only time it was conducted on an airplane.

Instead of the usual Bible, Johnson was sworn in upon a missal found on a side table in Kennedy’s Air Force One bedroom. After the oath had been taken, Johnson kissed his wife on the forehead. Mrs. Johnson then took Jackie Kennedy’s hand and told her, “The whole nation mourns your husband”.

The famous photograph of the inauguration was taken by Cecil Stoughton, John F. Kennedy’s official photographer. On Stoughton’s suggestion, Johnson was flanked by his wife and Jacqueline Kennedy, facing slightly away from the camera so that bloodstains on her pink Chanel suit would not be visible. The photograph was taken using a Hasselblad camera.