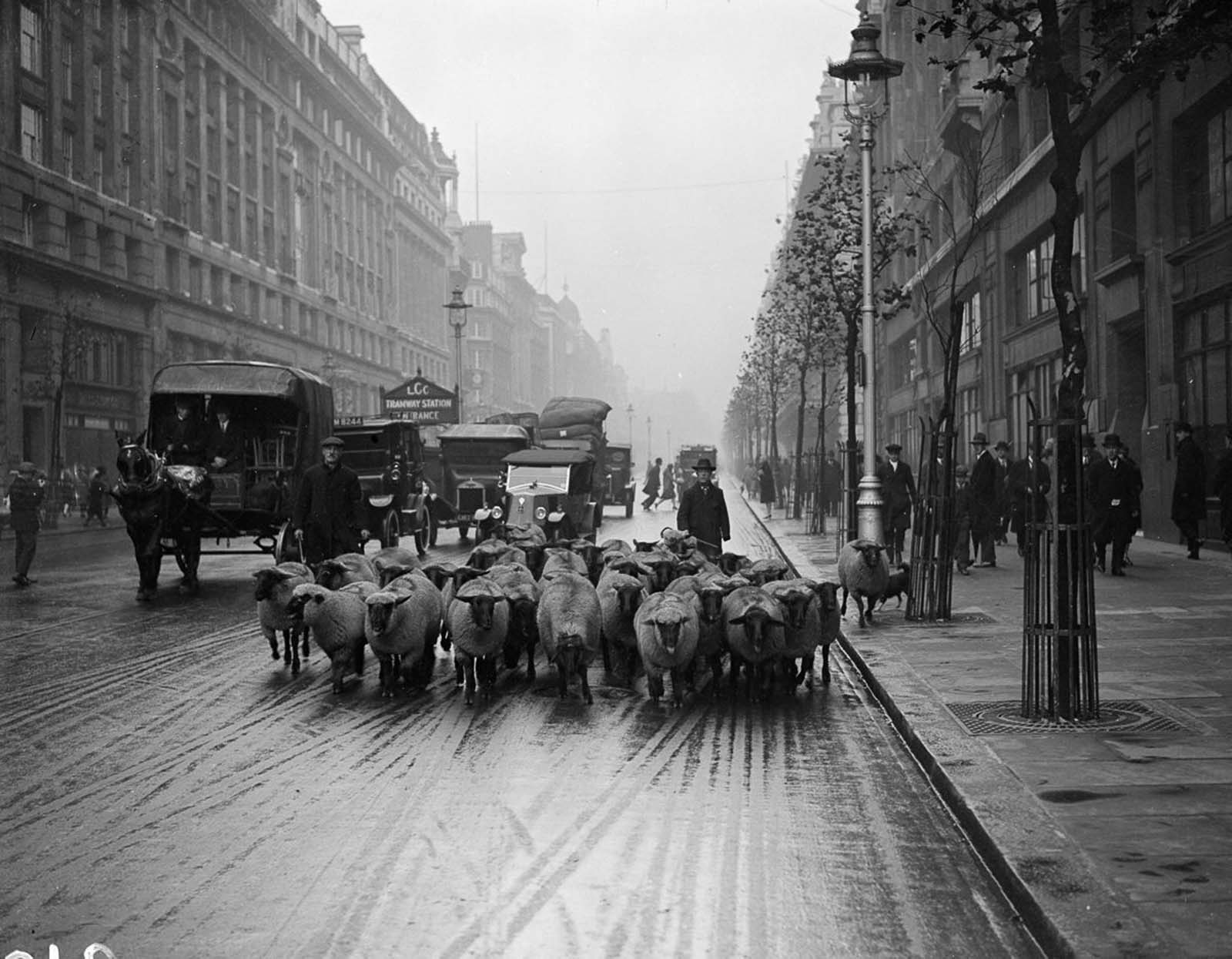 A flock of sheep head down the Kingsway in London. 1926.

In the 1920s and 1930s, sheep were routinely introduced into London parks to keep the grass under control and reduce mowing costs. Shepherds competed for the privilege of grazing their flocks on Hyde Park, Kensington Gardens, Clapham Common, and other pastures around the city.

Sheep are like a lawn care multi-tool. As they cut your grass, they also aerate the lawn with their hooves and spread fertilizer in the form of urine and manure. Sheep don’t require gasoline and oil changes, and although they are certainly not maintenance-free, grass-fed sheep are a sustainable alternative to lawnmower.

George Donald once brought his flock all the way down from Aberdeen, Scotland. Considering the difficulty involved in transporting hundreds of sheep over 500 miles, this caused a bit of consternation in Parliament.

Sir Harry Brittain asked, “Were not any English sheep available?” Though these woolly lawnmowers were eventually barred from grazing in the city in the late 1950s, they have recently experienced a resurgence. In 2010, sheep were introduced to Hampstead Heath as an eco-friendly alternative to machine mowing. 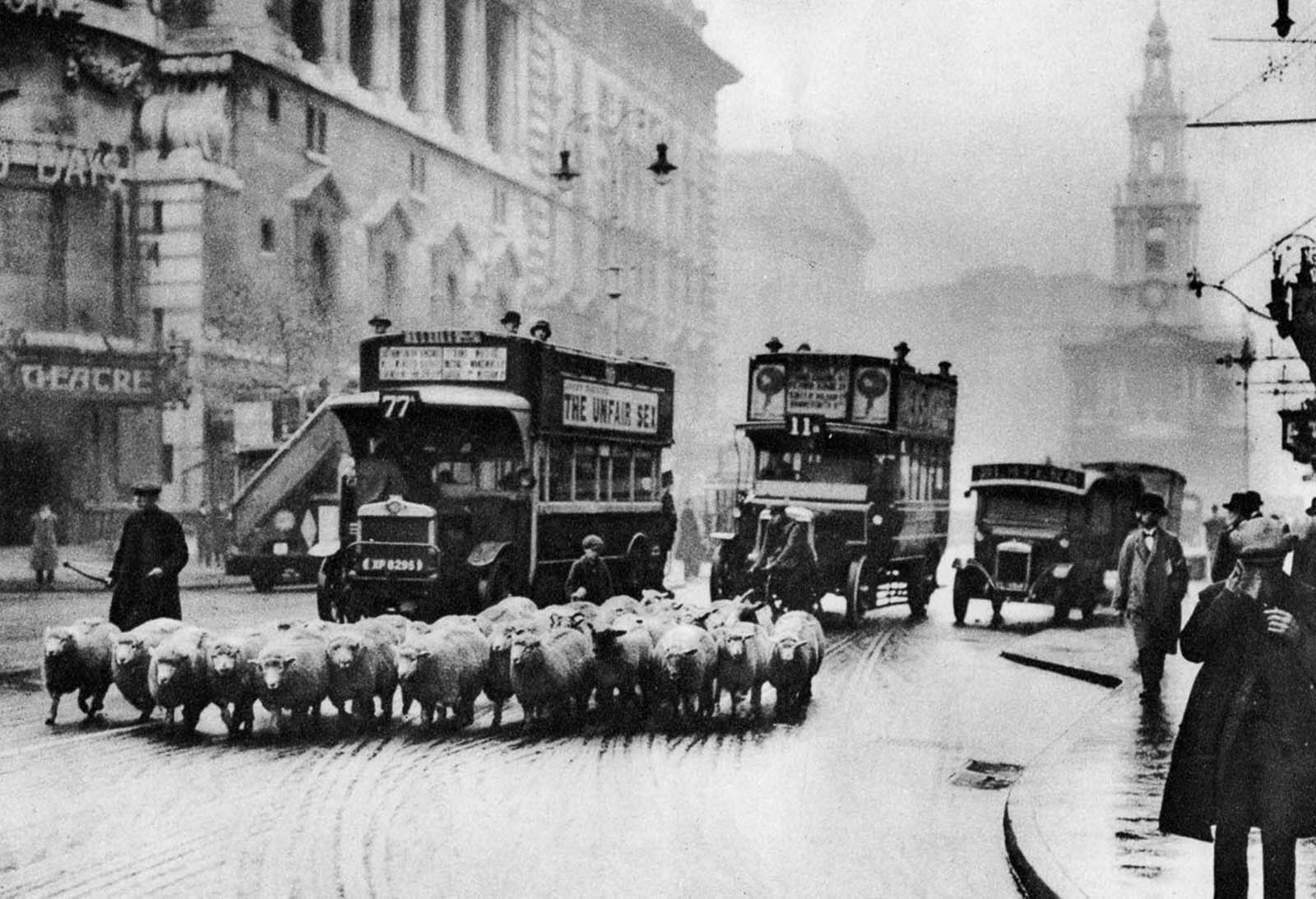 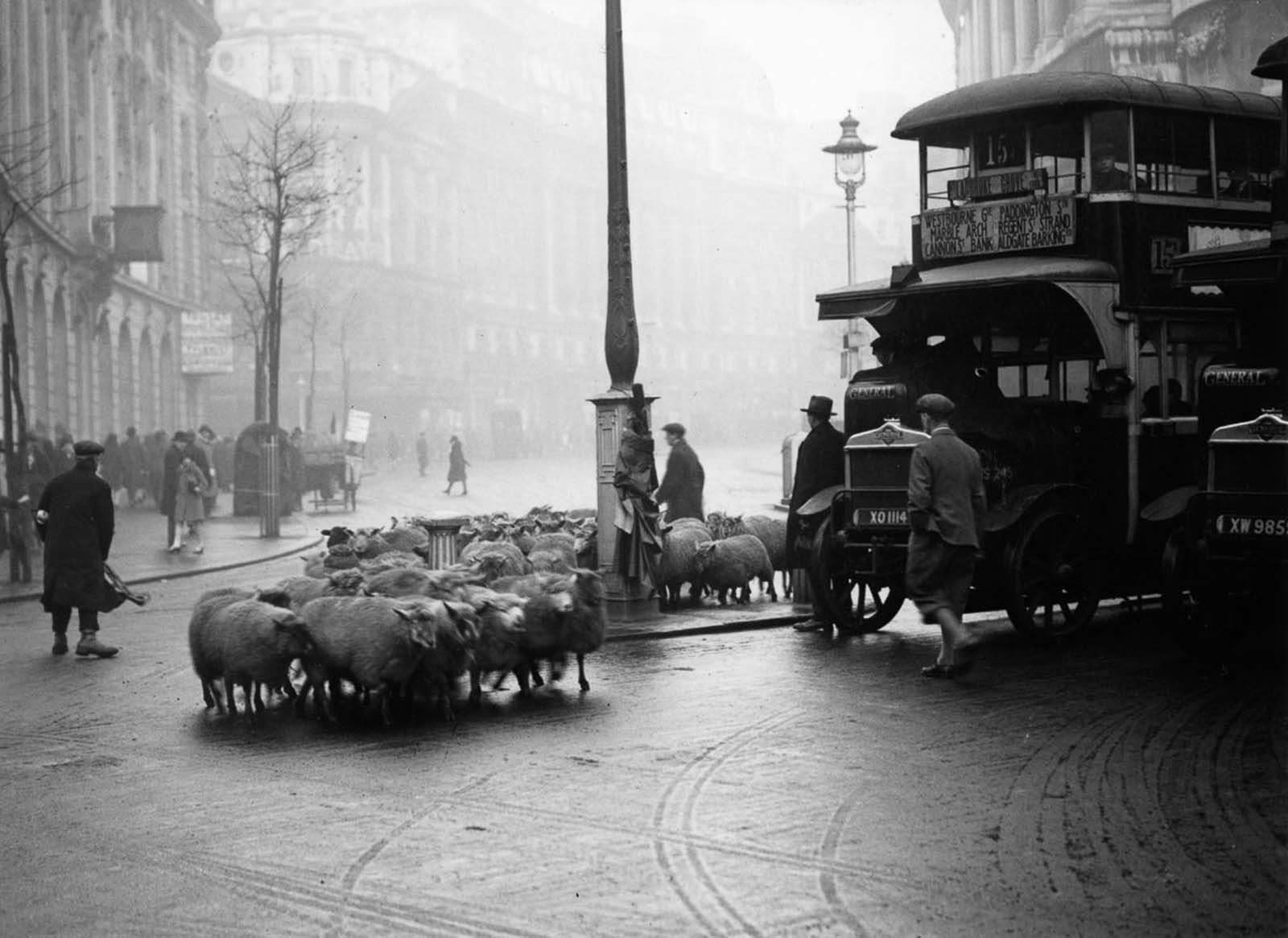 Holding up traffic in the Aldwych. 1928. 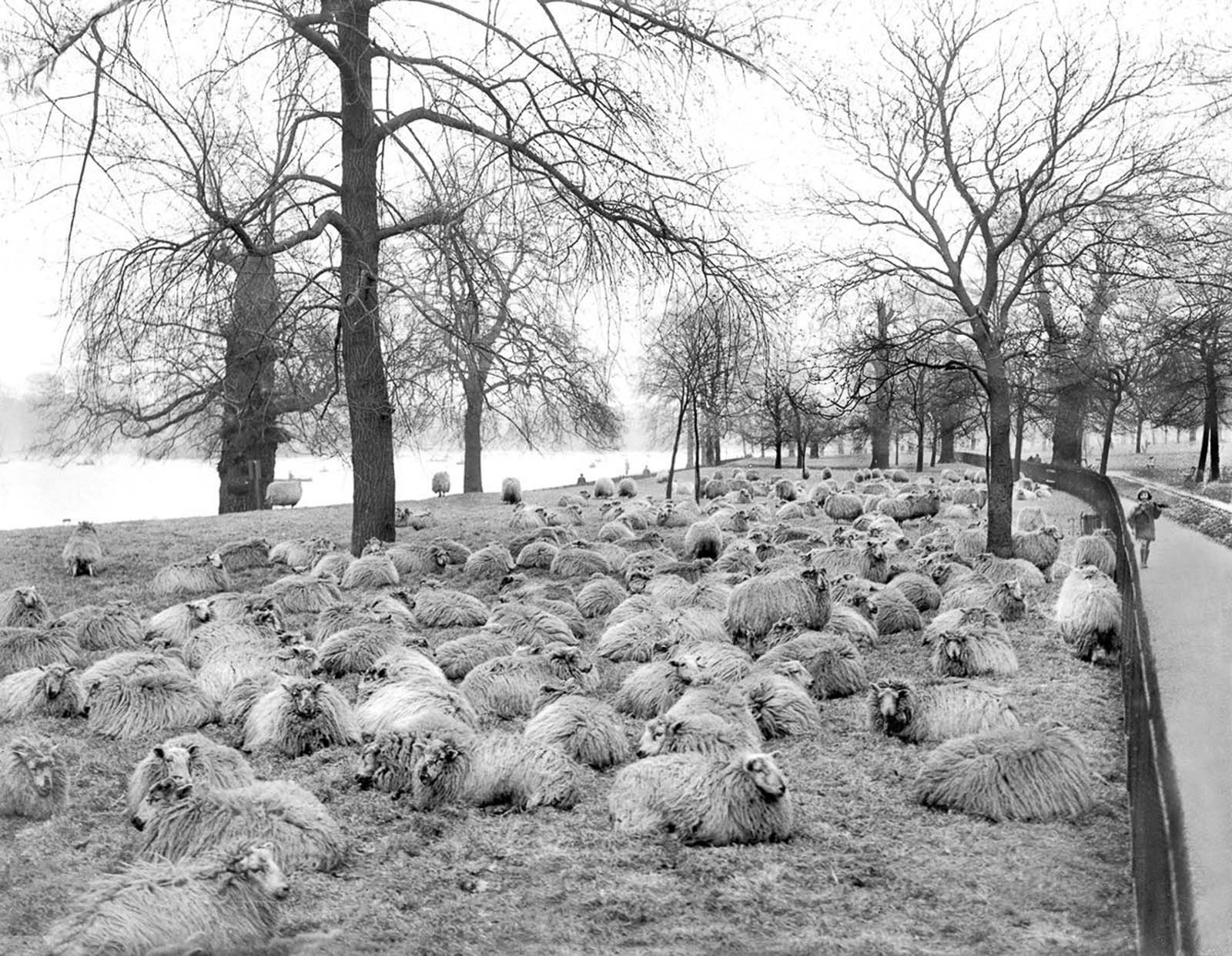 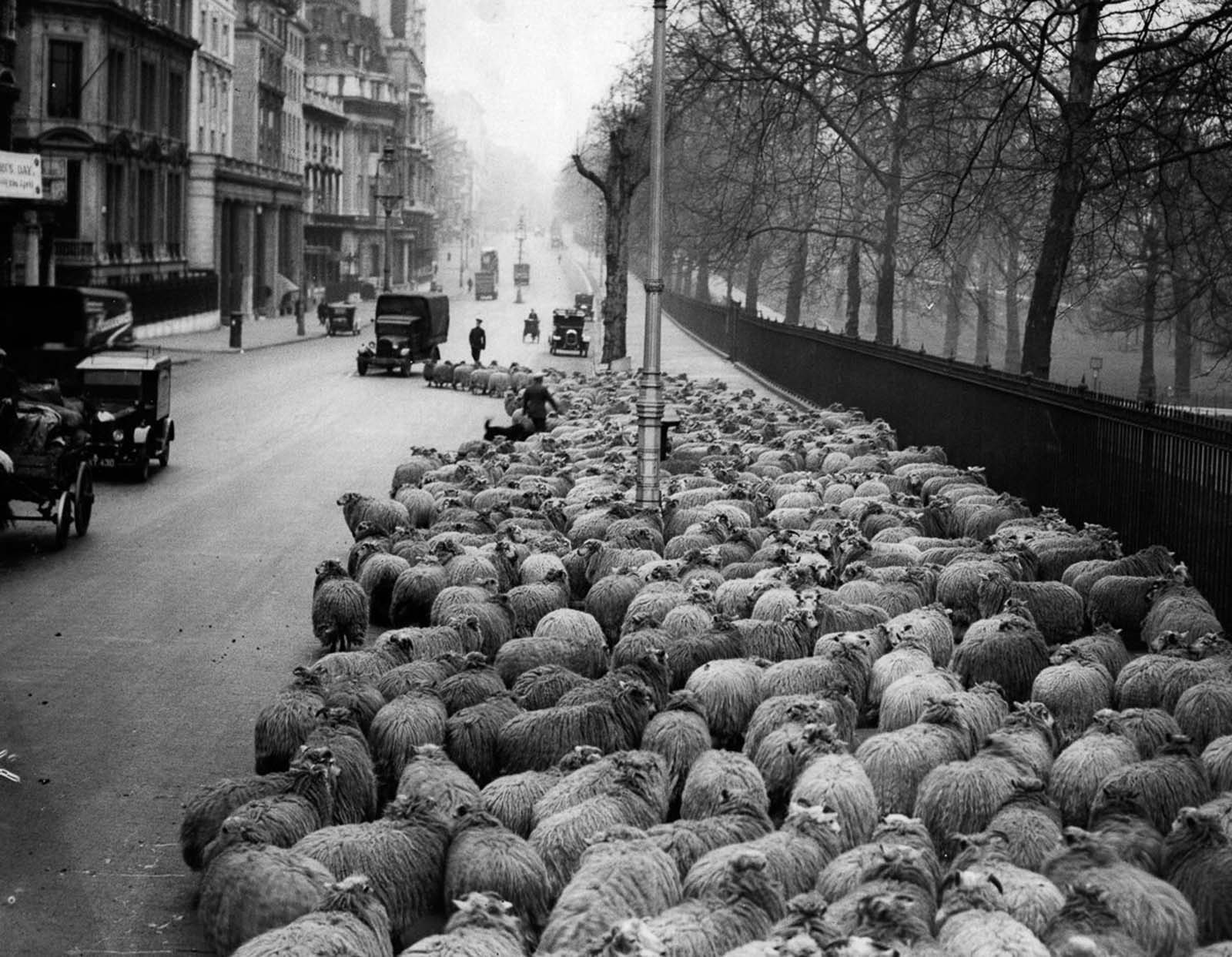 Heading down Piccadilly from Hyde Park to Green Park. 1931. 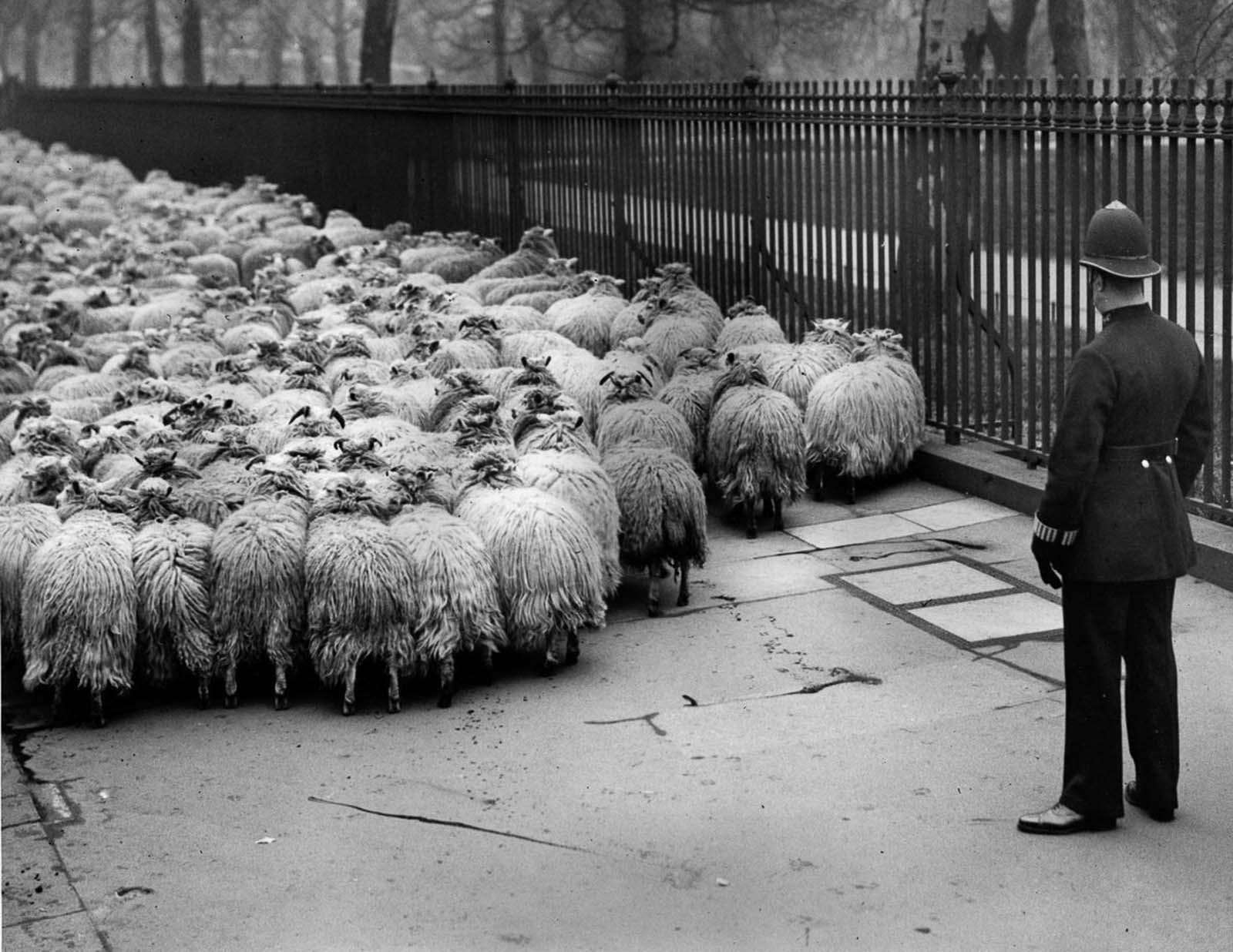 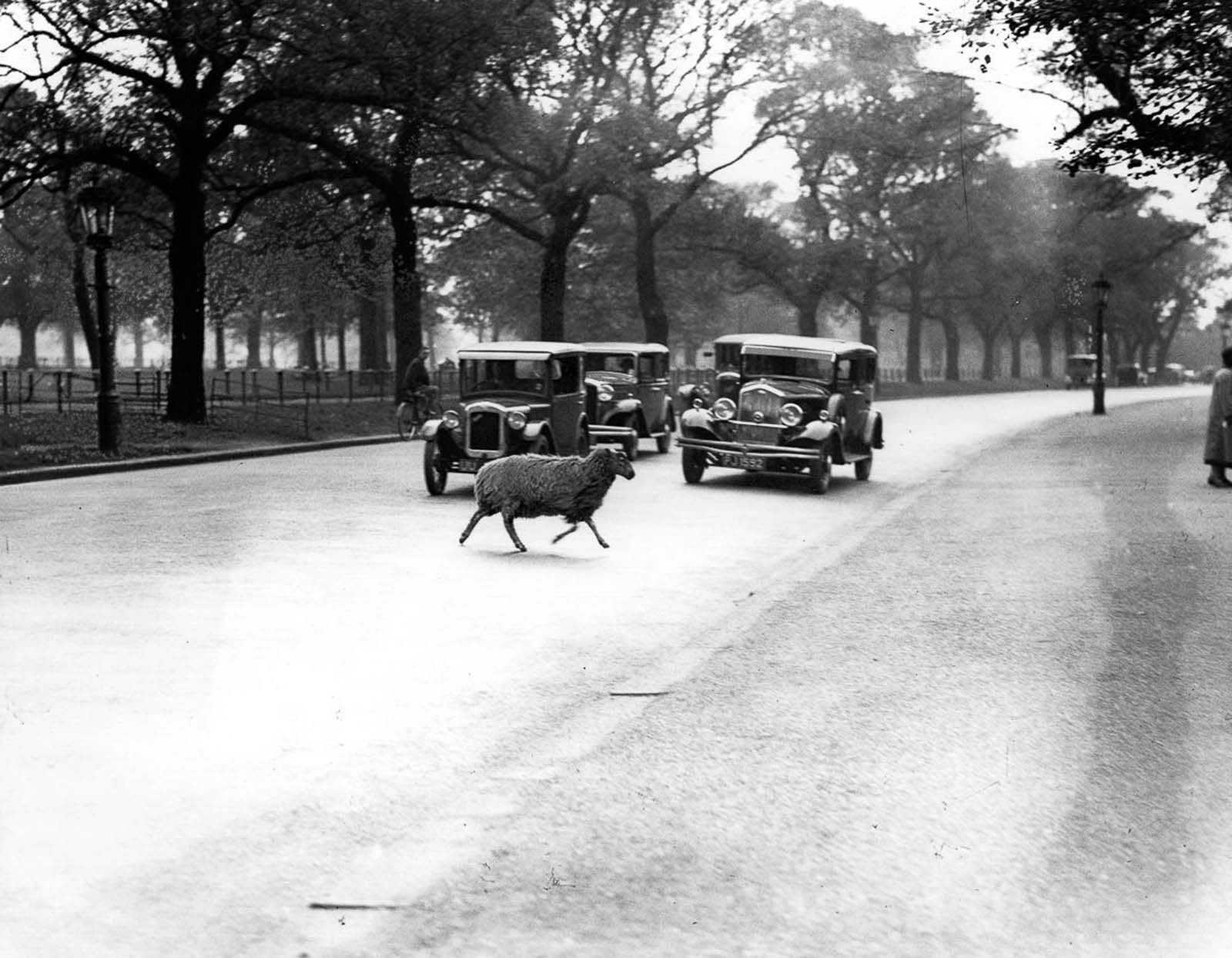 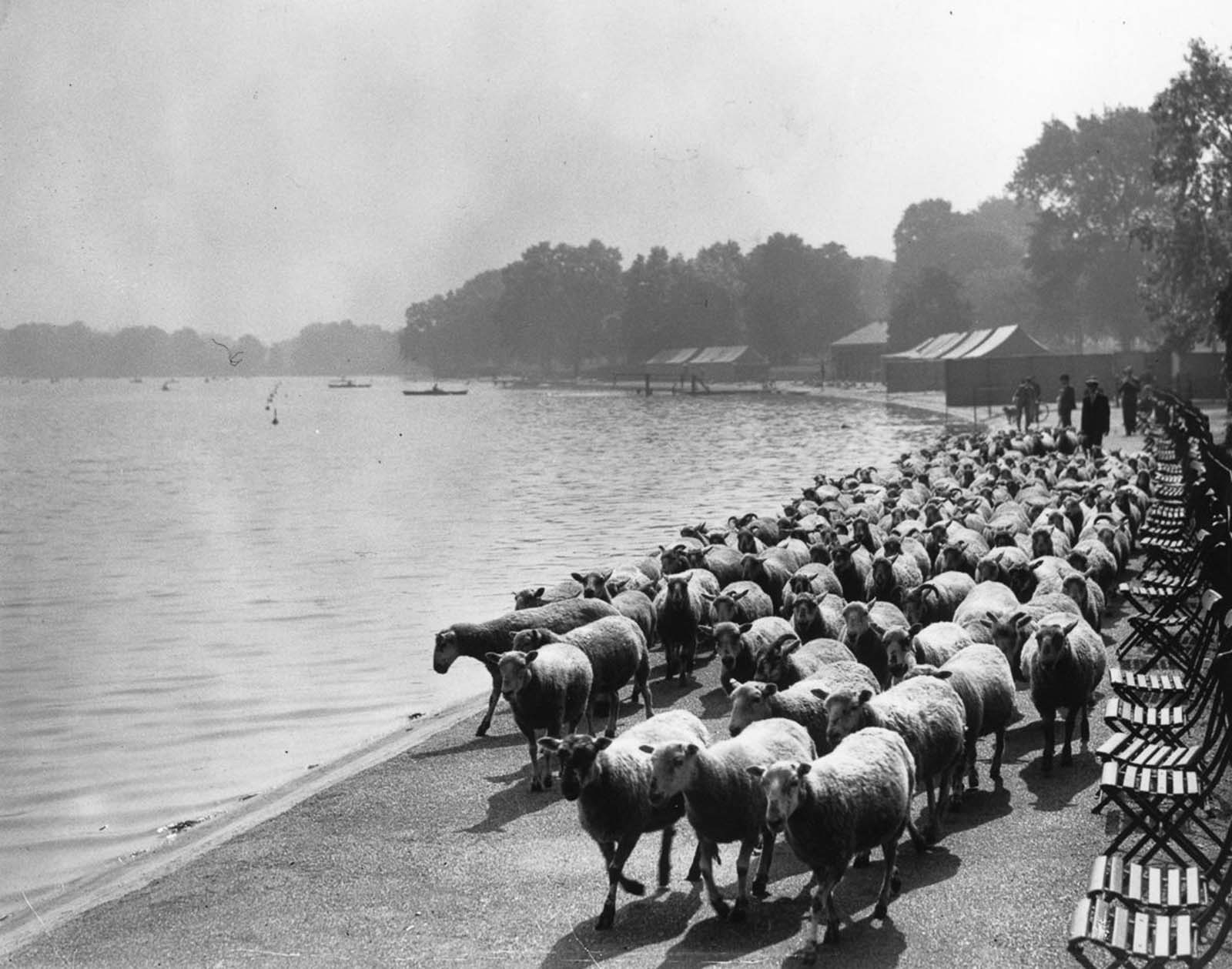 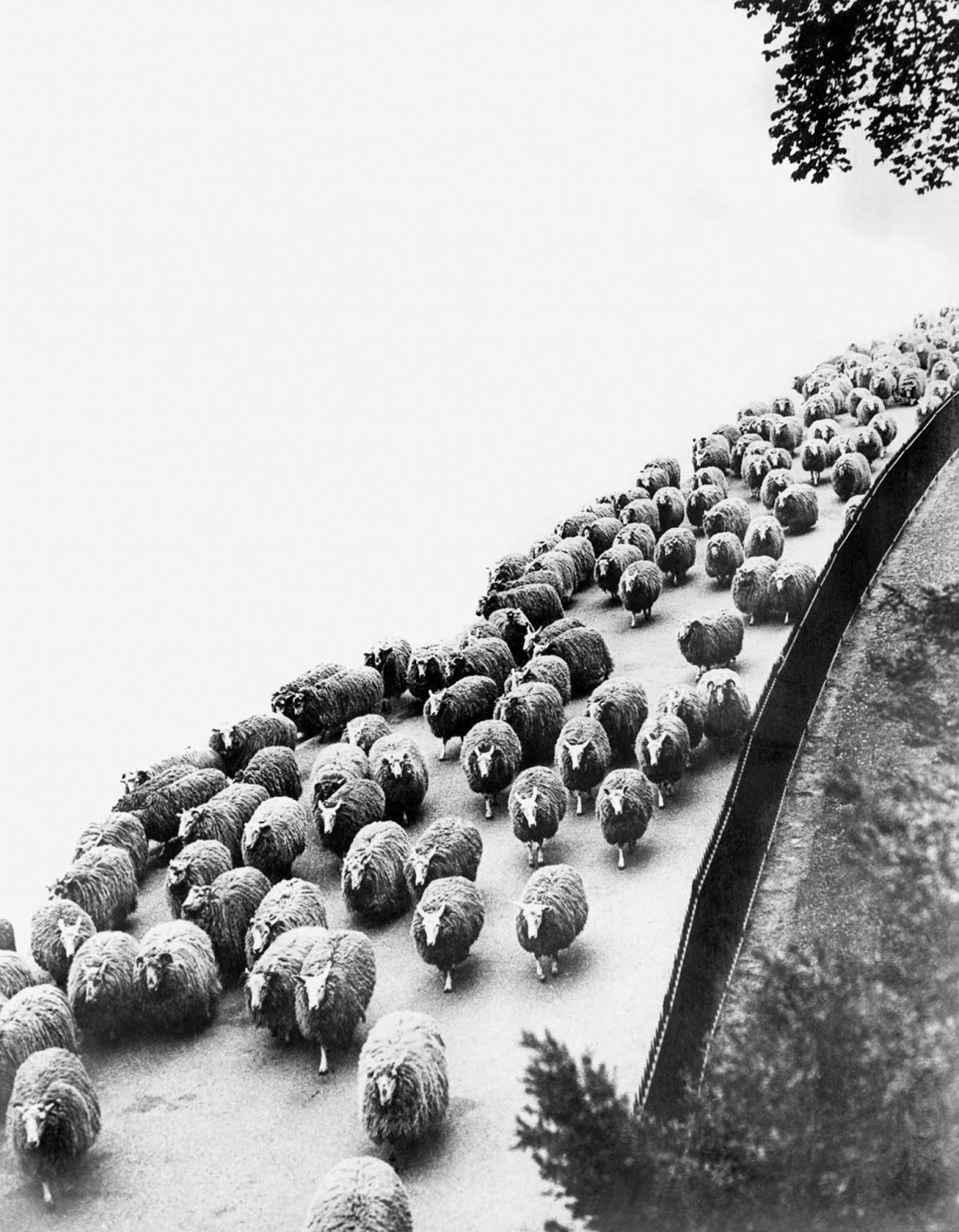 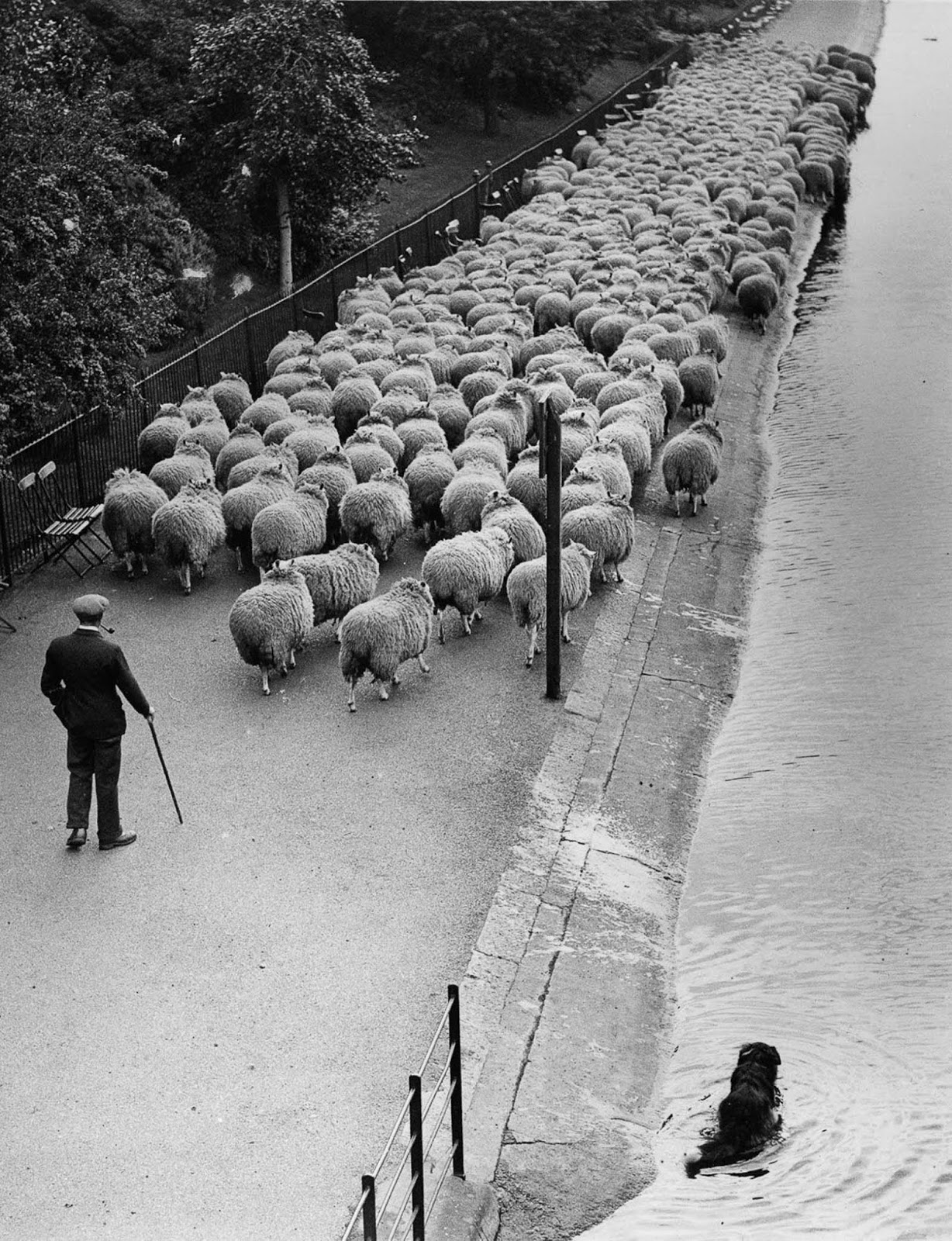 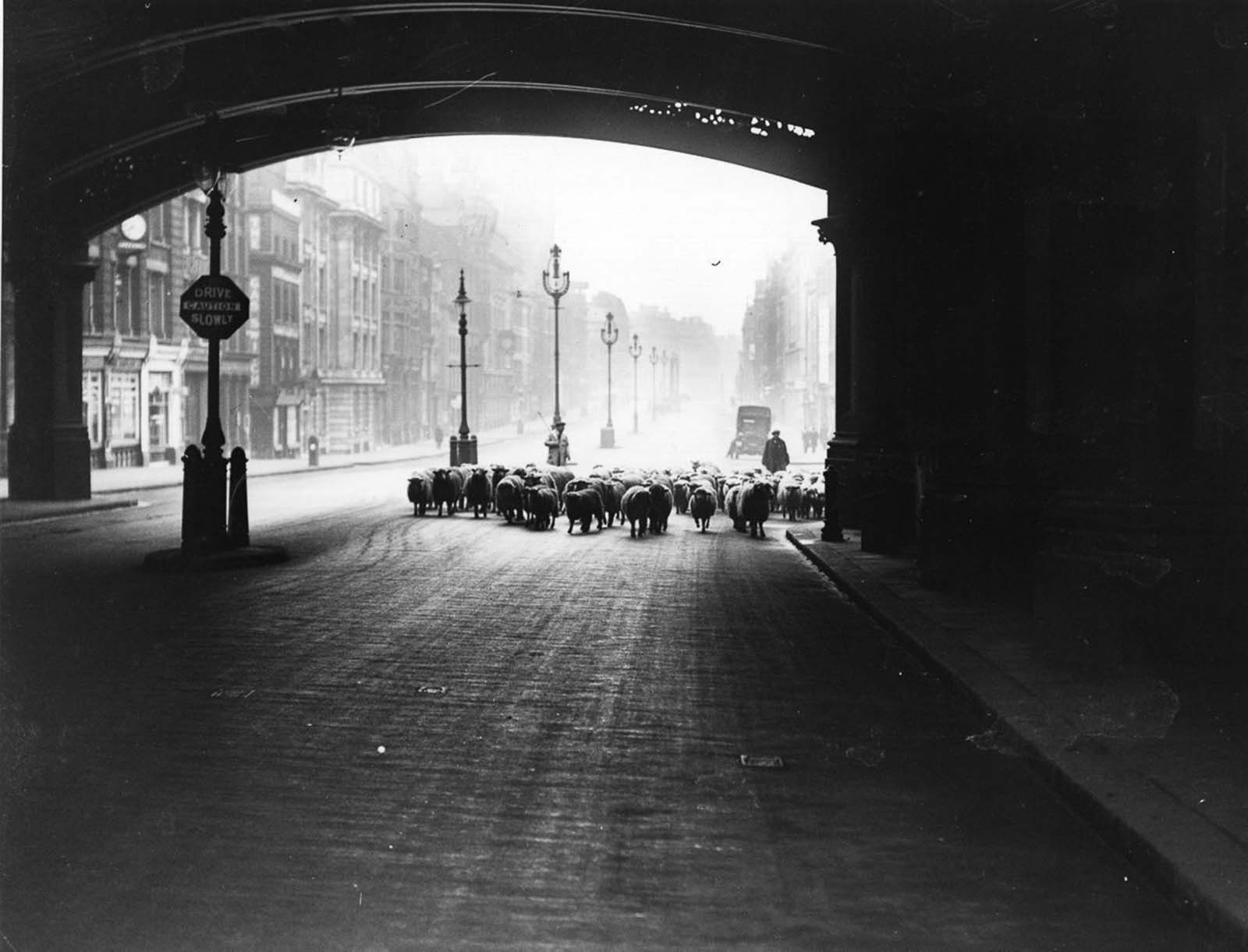 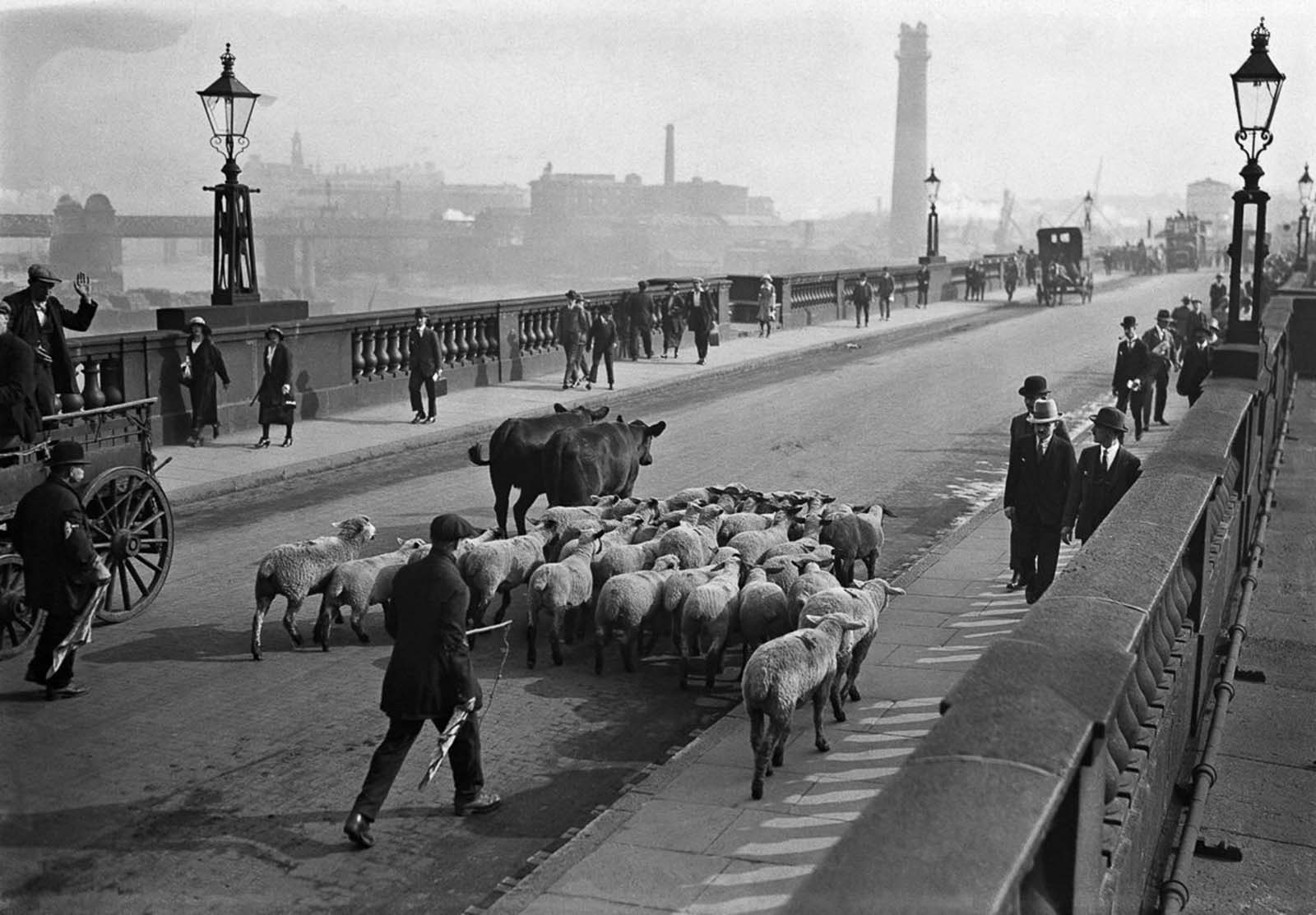