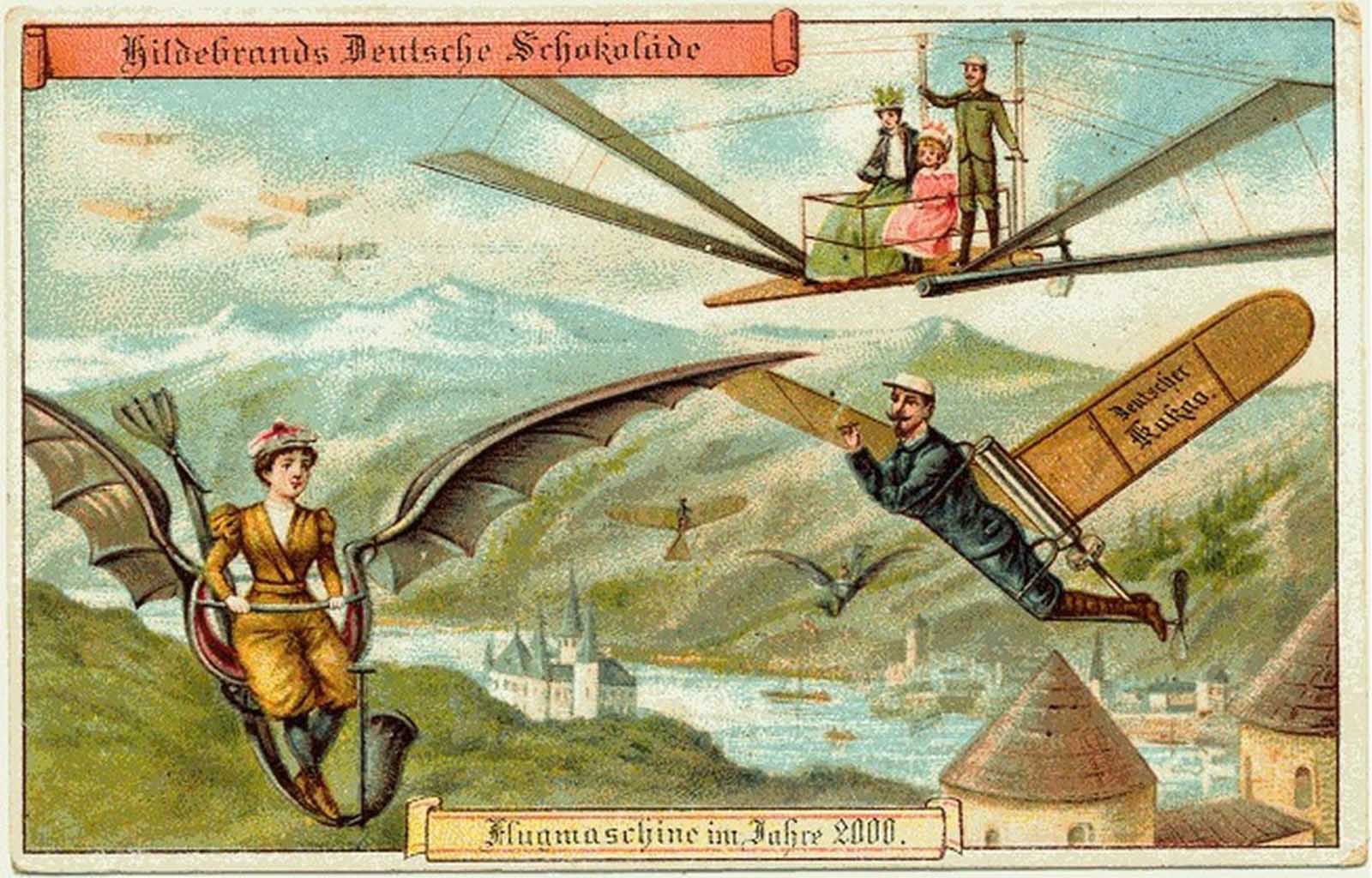 Apparently, back in 1900, Germans had high hopes for mankind and the inventions and experiences we would collectively create in the future.

While you would think that these ideas would come from the minds of visionaries, scientists, or inventors, in this scenario the inventor of the future was a German chocolate factory named Theodor Hildebrand & Son.

The company was founded in 1817 by the confectioner Theodor Hildebrand in the center of Berlin. Hildebrand since 1830 used steam engines for the first time in Prussia, the“steam” chocolate factory could offer chocolate in bigger quantities at a low price.

As part of the 1900 Paris World’s Fair, the Hildebrand chocolate factory decided to create an interesting marketing campaign with a bit of a futuristic nature.

The campaign was entitled “Germany in the year 2000” and they included, colorful postcards depicting the theoretical life in the 21st Century.

Altogether, 12 cards depicting the future were produced, and Hildebrand slipped these colorful predictions of the future in the boxes of their best-selling sweets and chocolates.

The optimistic renderings envisioned people in Victorian fashions enjoying lives of boundless leisure and comfort enabled by a century of technological advancement.

The predicted innovations range from accurate (live broadcasts of plays) to absurd (cities covered by weather-proof glass roofs) to depressingly plausible in the near future (summer holidays at the North Pole). 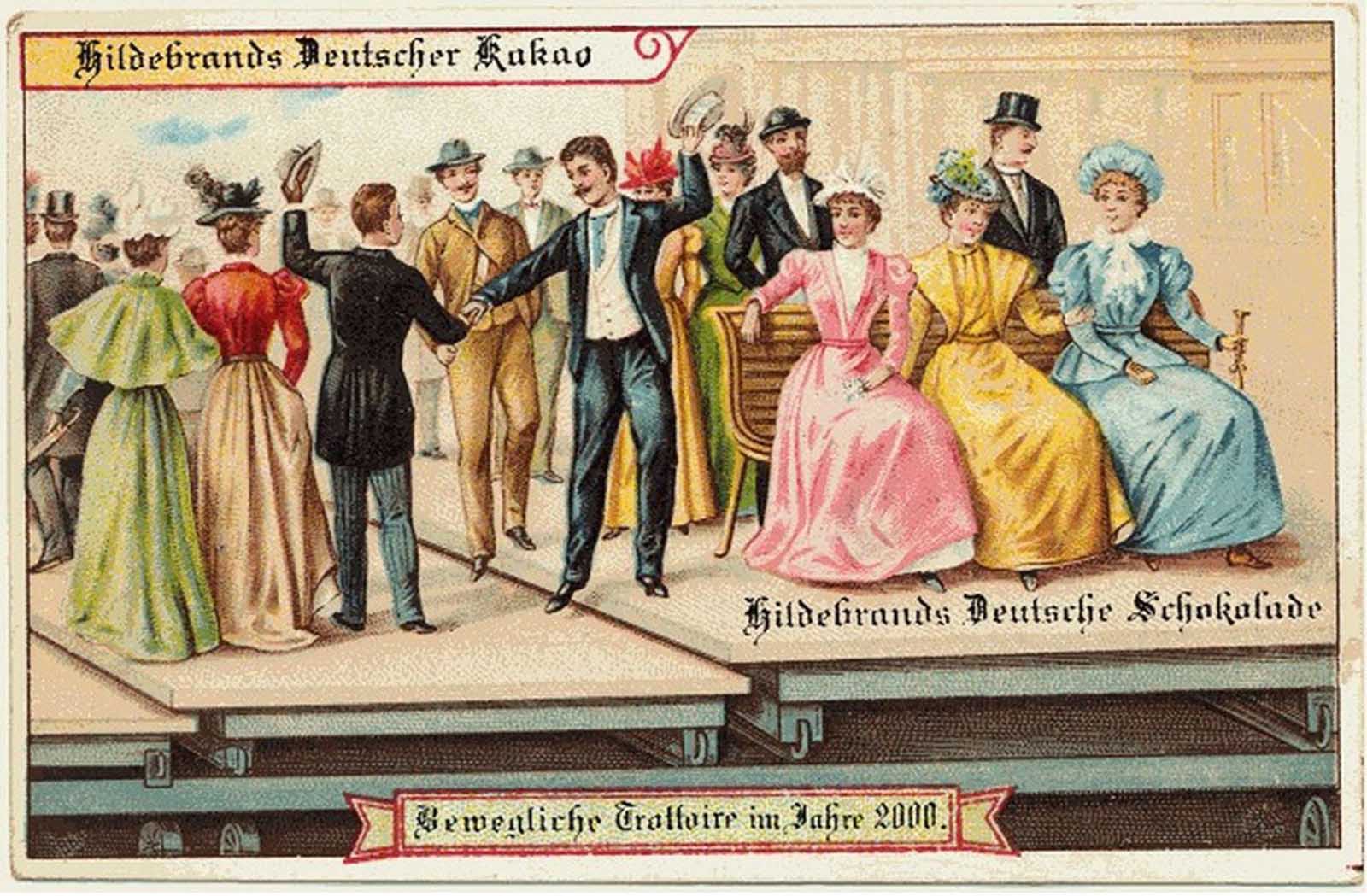 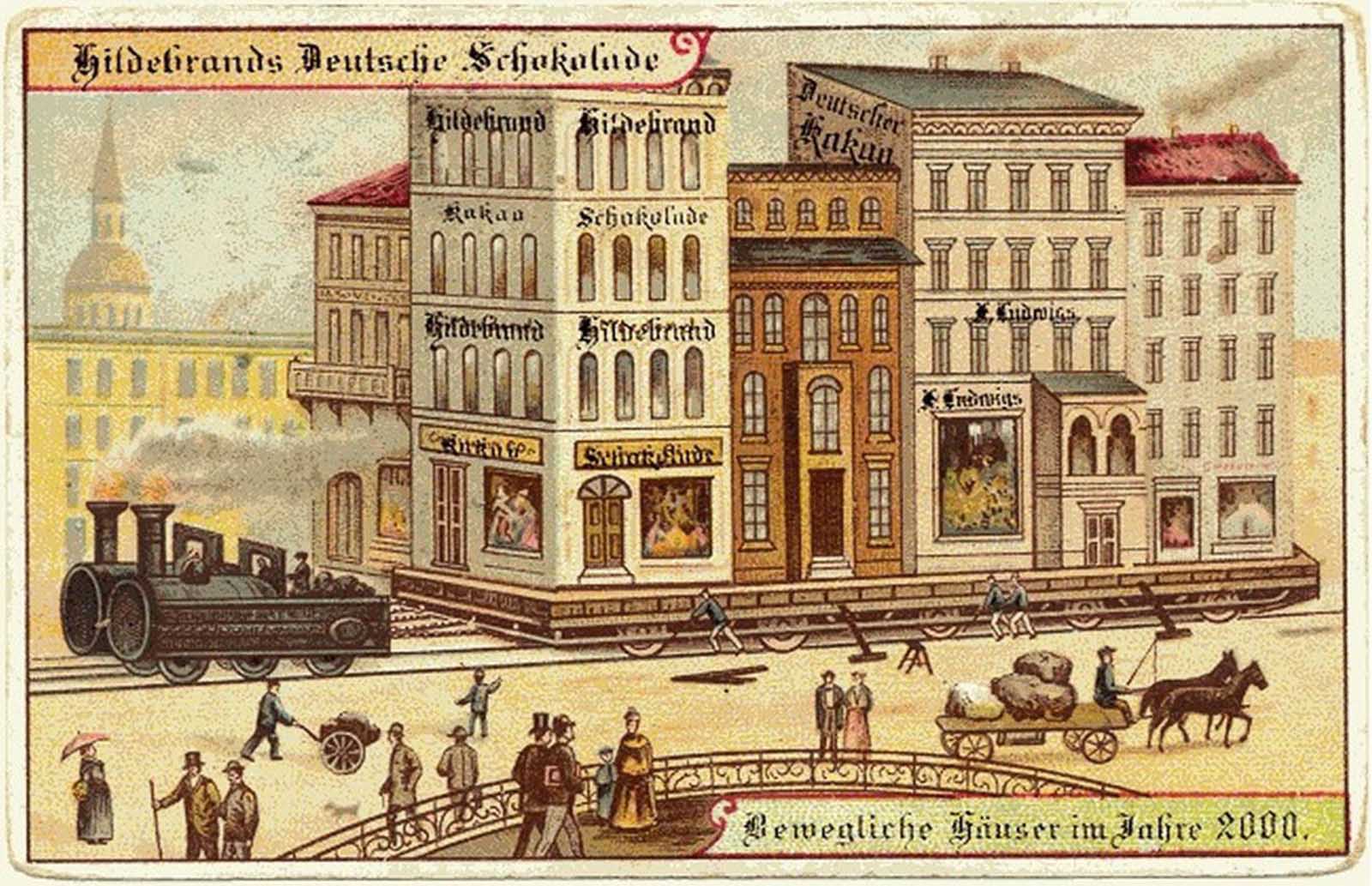 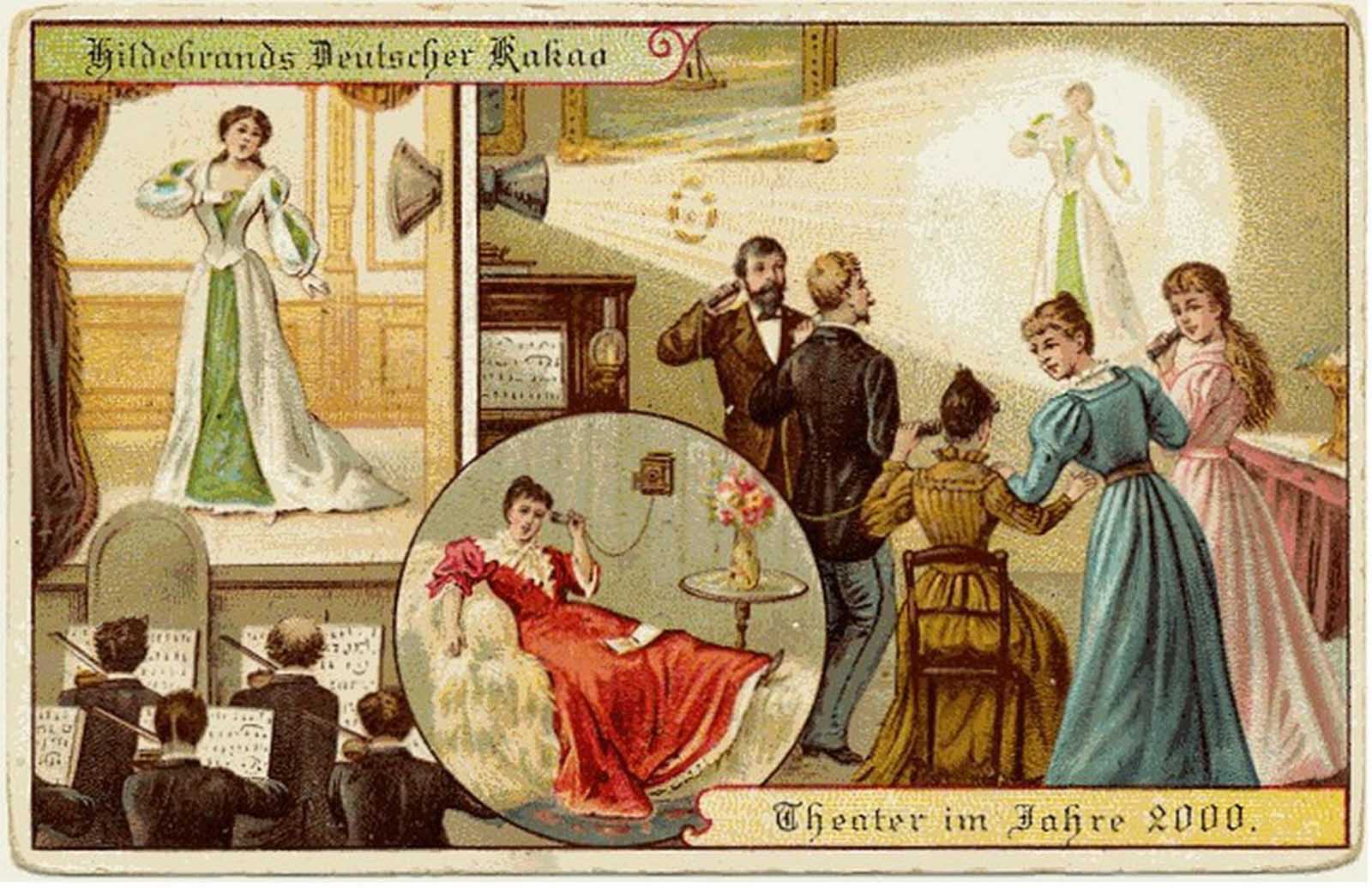 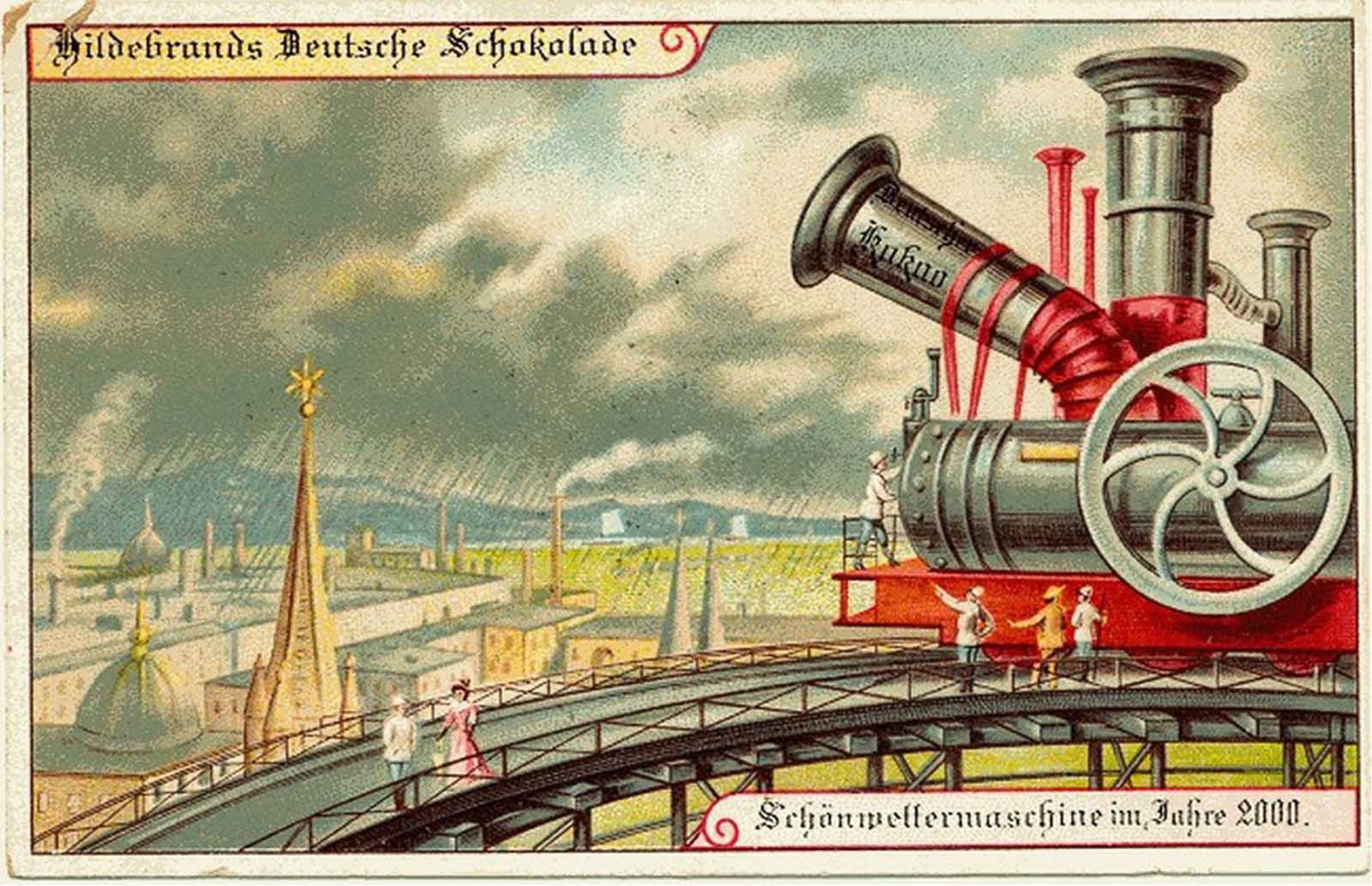 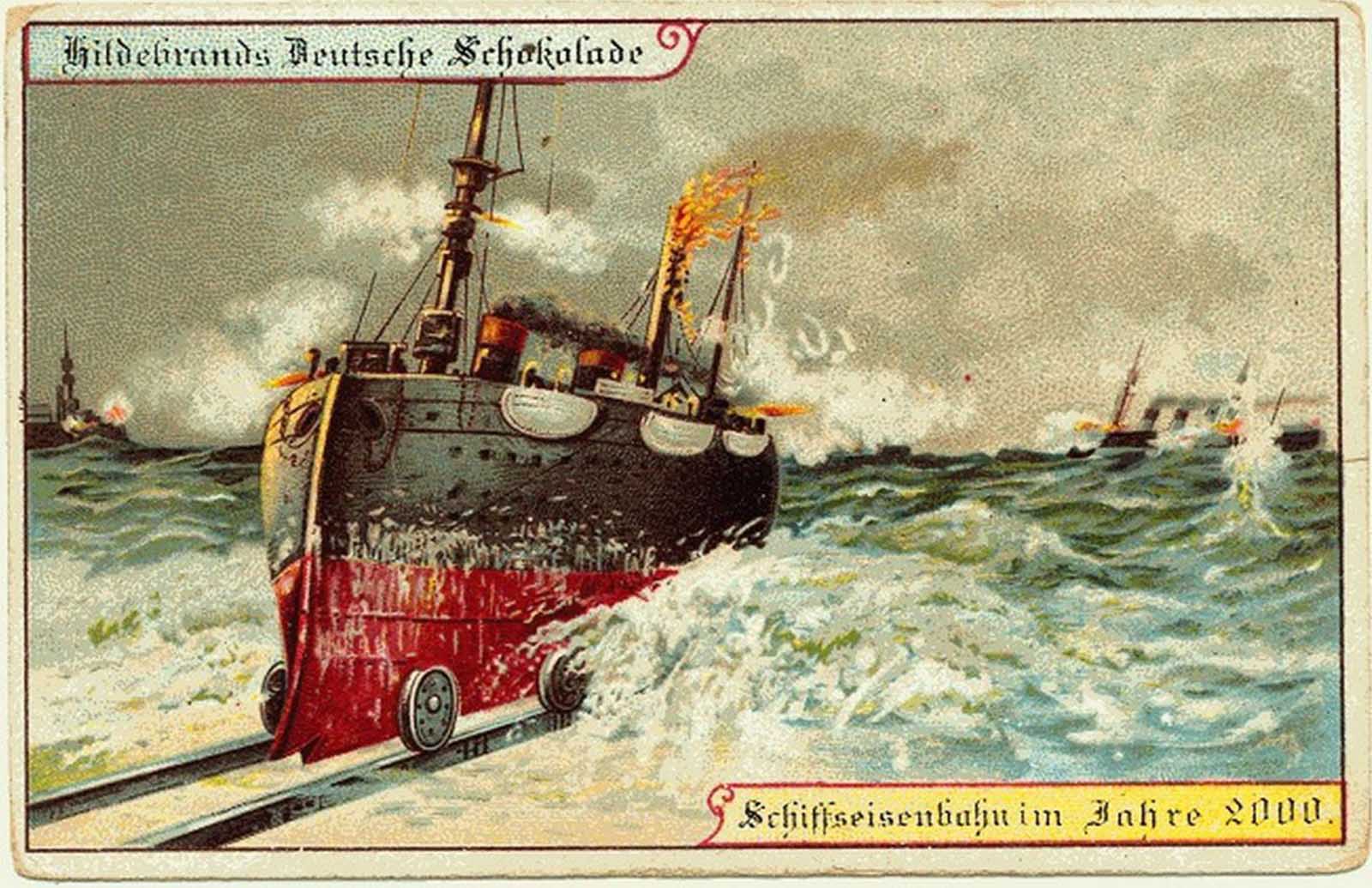 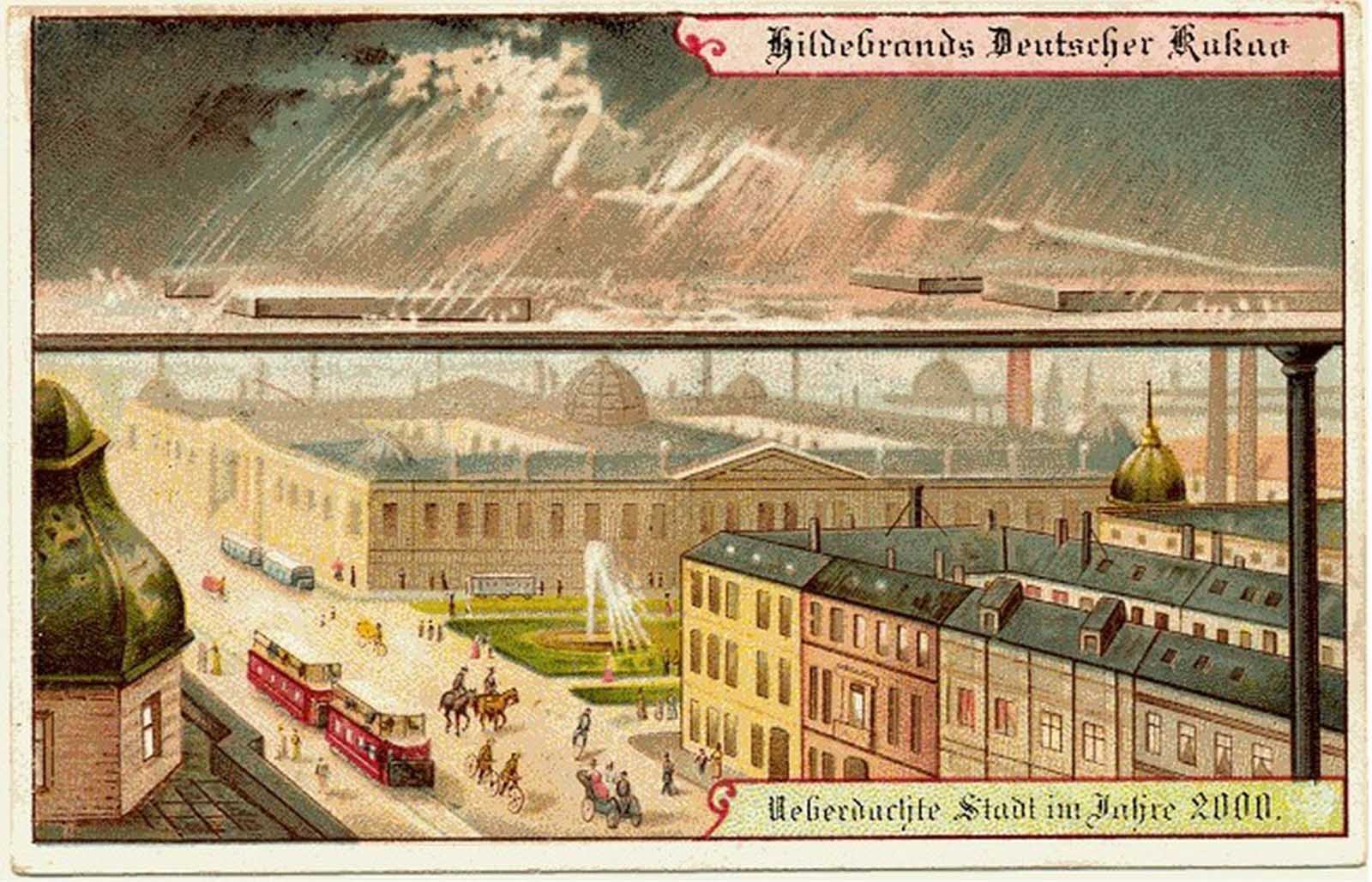 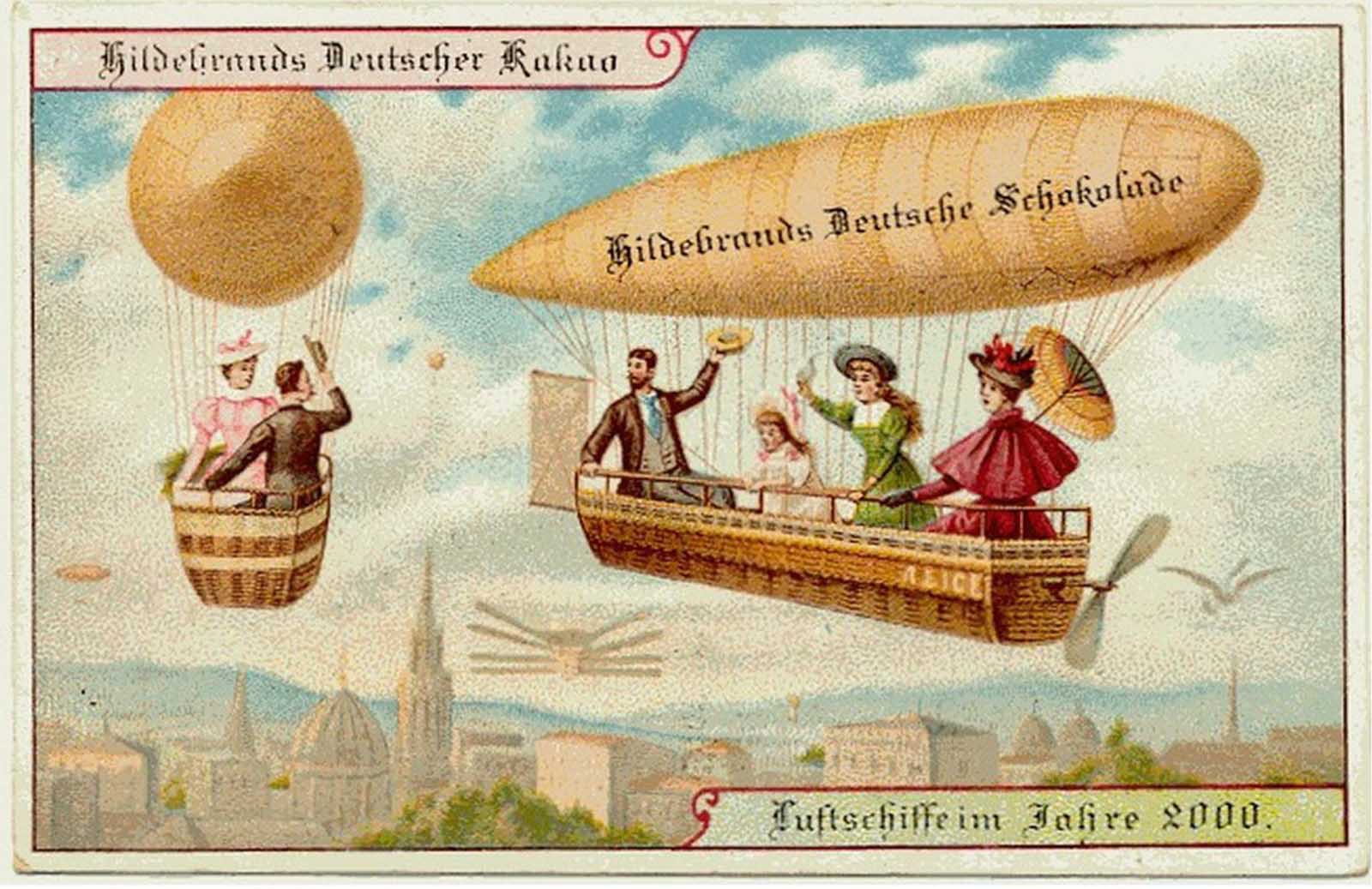 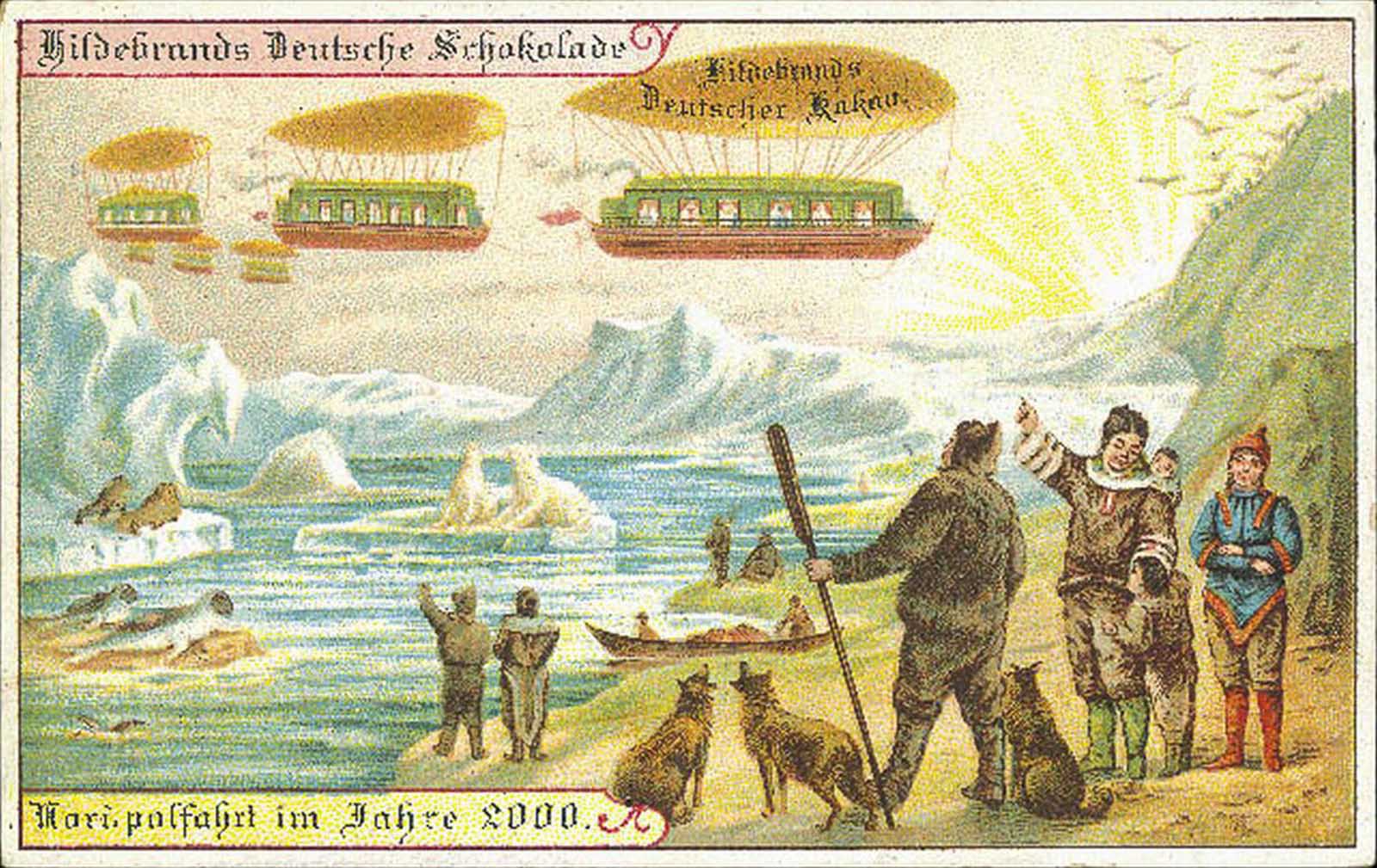 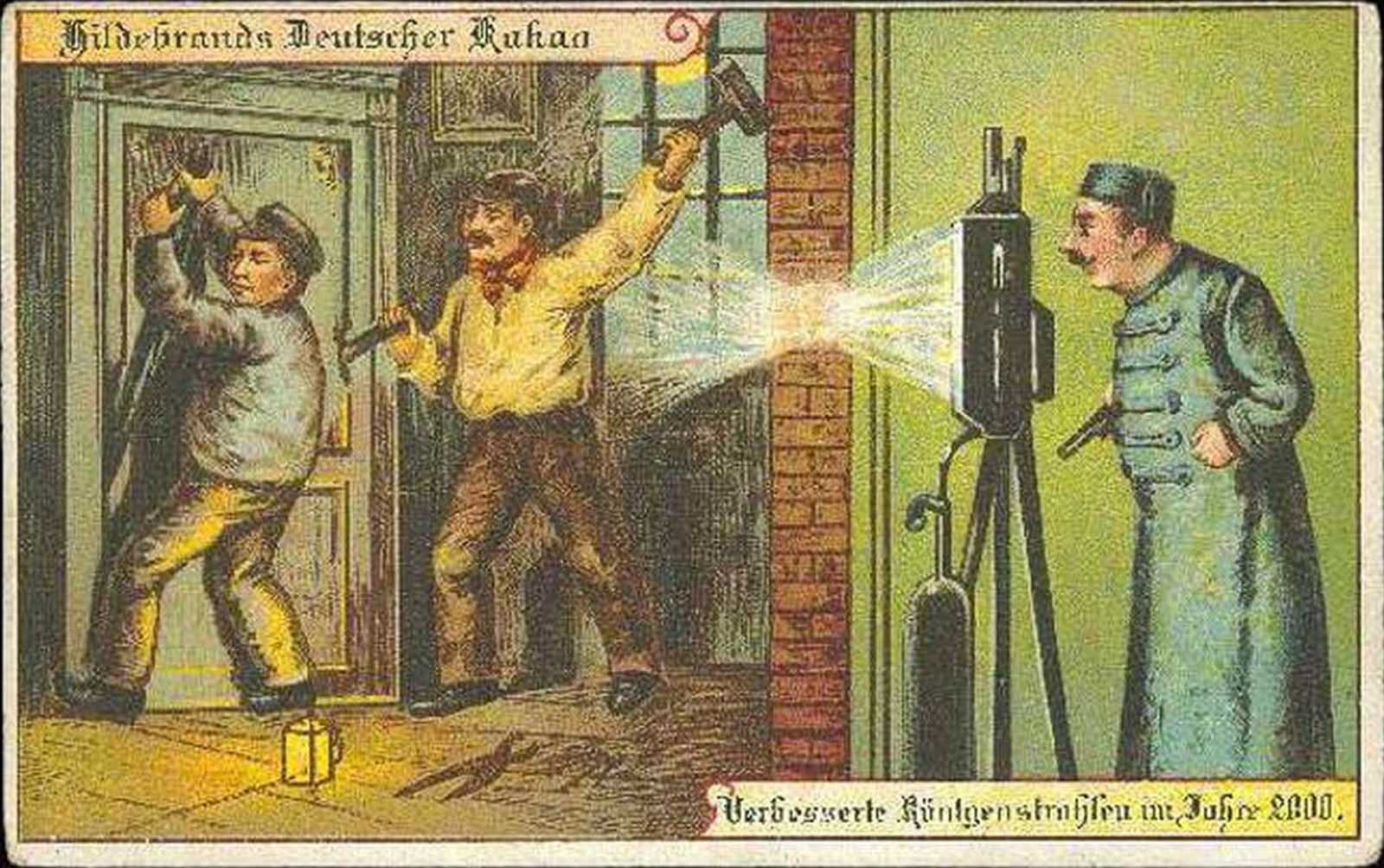 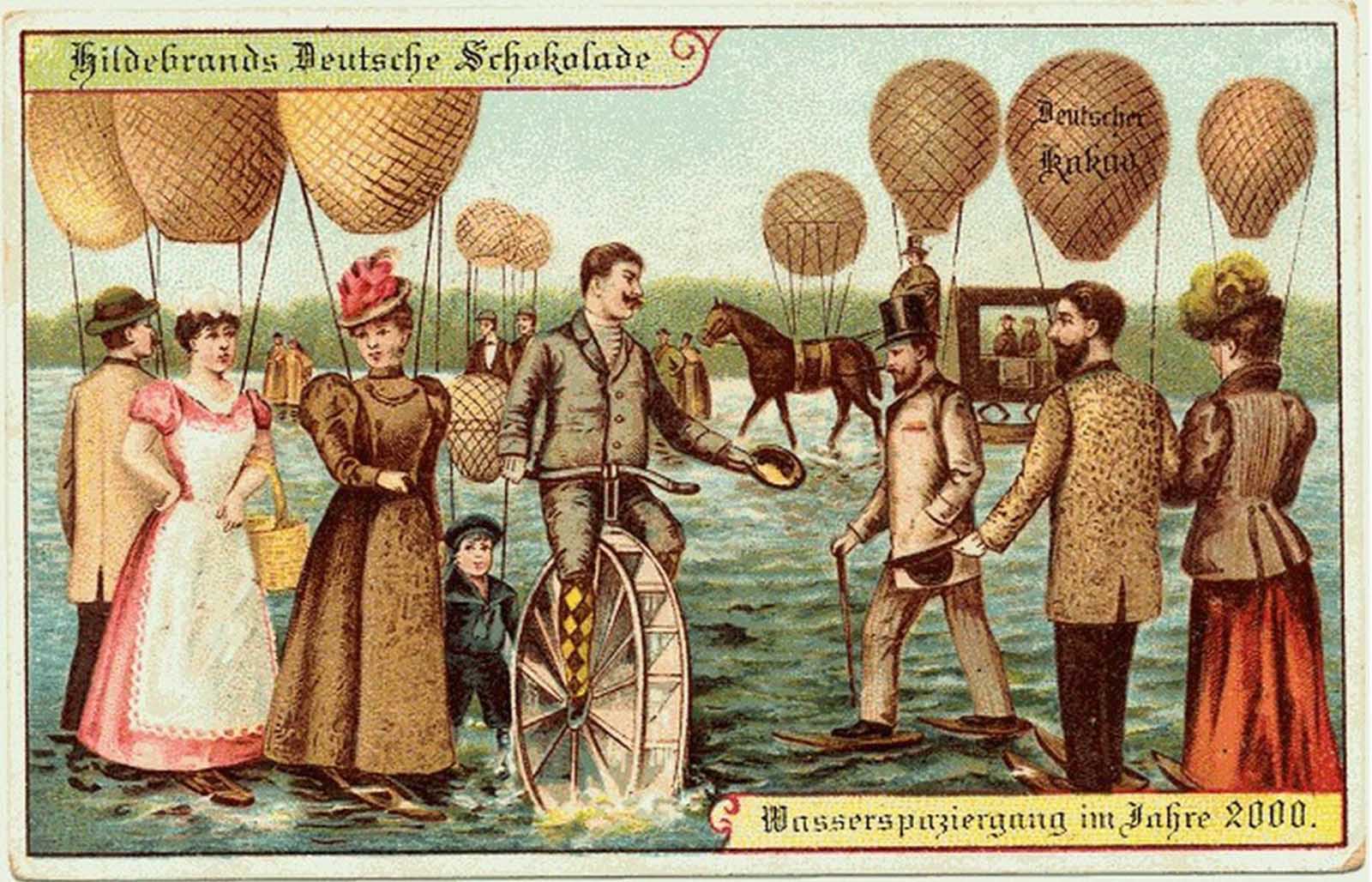