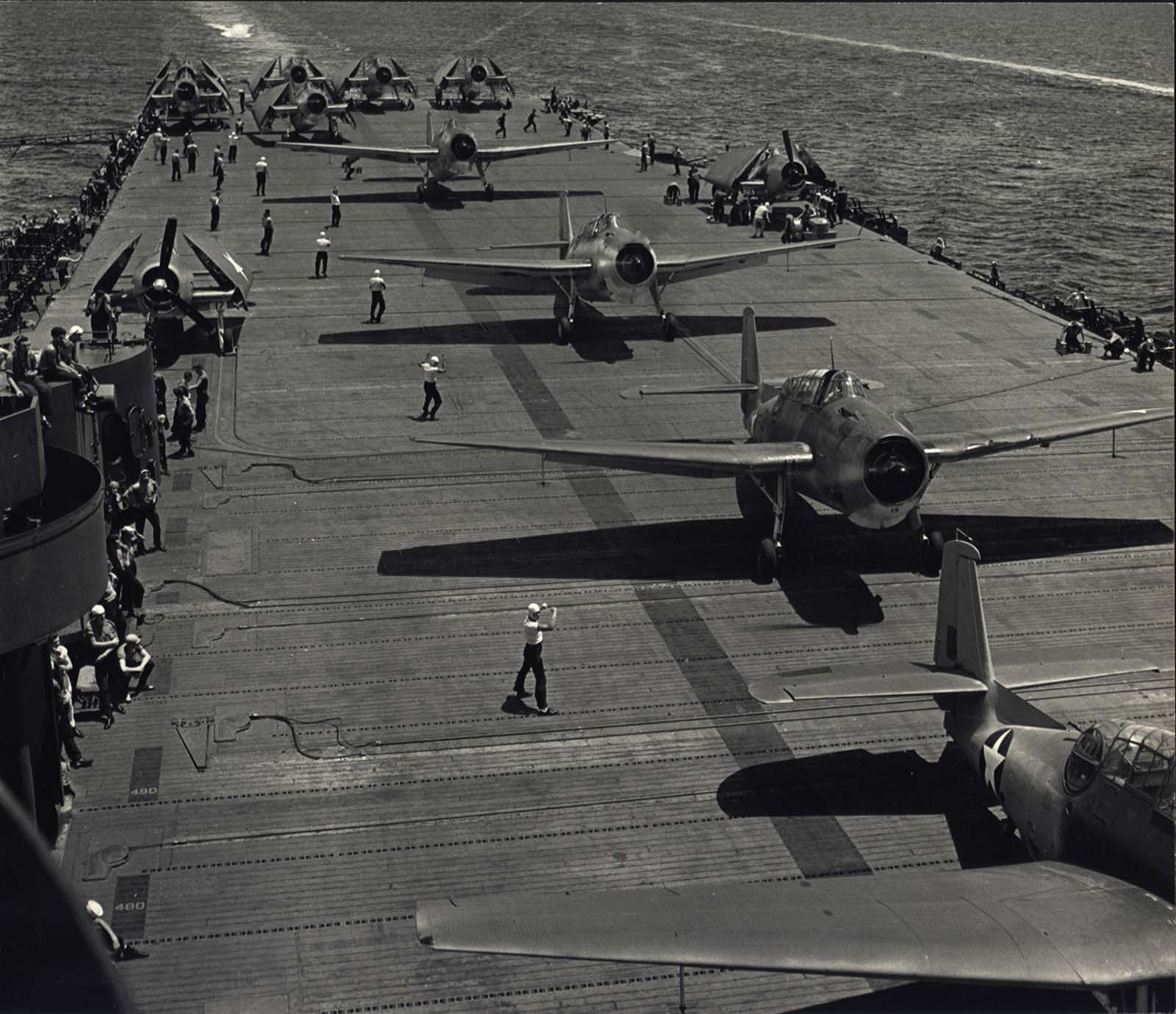 In 1942, shortly after the US entry into the war, the Navy established a special group called the Naval Aviation Photographic Unit to document and publicize its aviation activities.

The main purpose of this photographic unit was to promote the recruitment of pilots specifically for the Navy. Radford, the head of the Navy, believed there was competition for a limited talent pool between the Navy and the Army Air Corps, and that attractive, top-rate photography in the press, posters, and leaflets would help the Navy reach its quota of 30,000 new pilots each year.

Edward Steichen, one of the most renowned and well-paid photographers in the world, was asked to assemble a team and run the Naval Aviation Photographic Unit.

Some of the recruited photographers, like Wayne Miller and Horace Bristol, who would go on to become famous in their own right. One of the lesser-known members of the unit was a young ensign named Alfonso “Fons” Iannelli.

Fons began working with the unit as an assistant and darkroom developer but was promoted to photographer. He was given the task of documenting the emotions of the men on the ship and developed his “fly-on-the-wall” style.

His photographs were published in a collection edited by Steichen entitled U.S. Navy War Photographs: Pearl Harbor to Tokyo Harbor (1945) and were included in the exhibition Power in the Pacific: Battle Photographs of our Navy in Action on the Sea and in the Sky at the Museum of Modern Art in 1945. 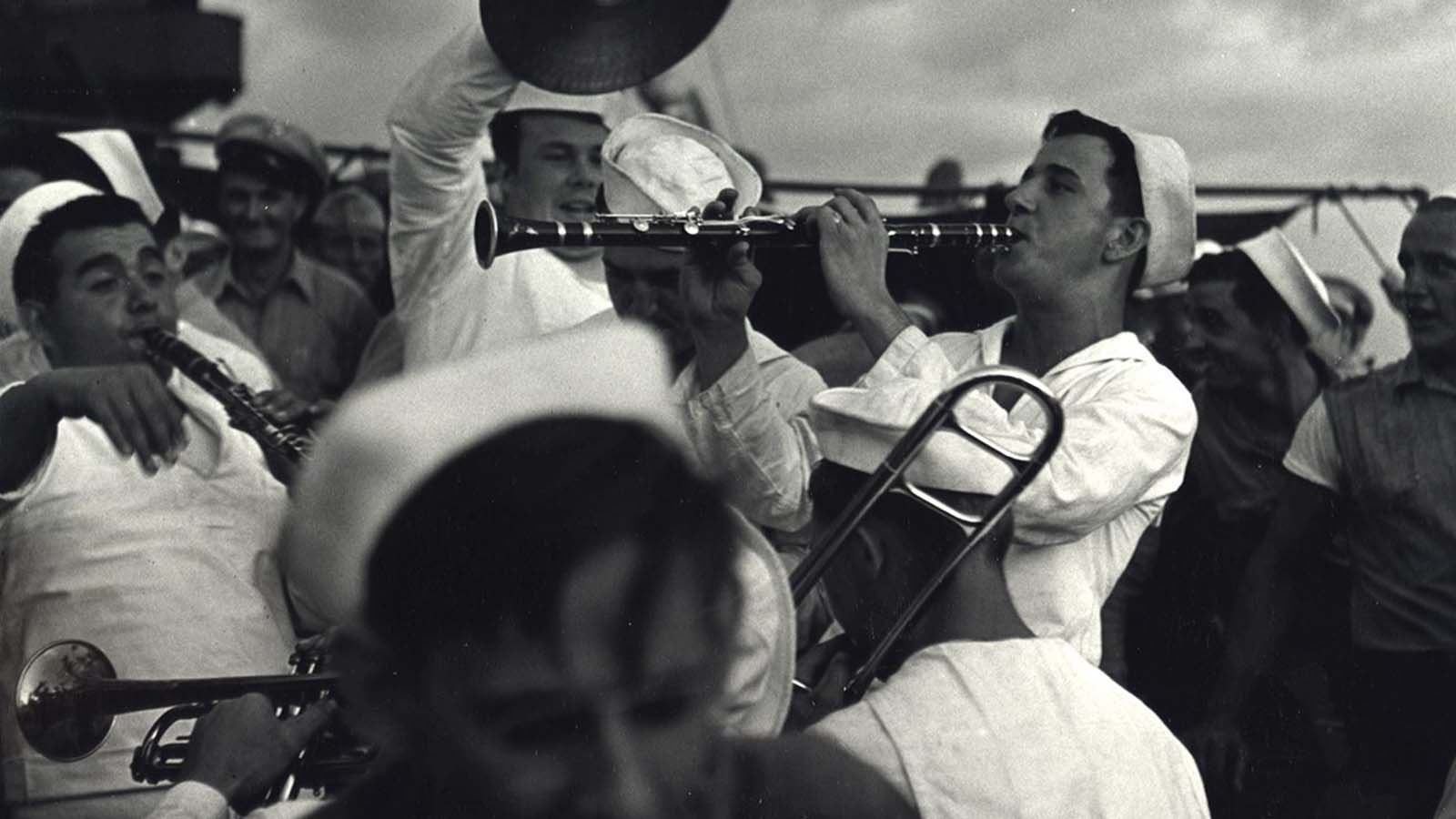 Other images document that the security, happiness, and tranquility promised at the end of the war were elusive for many. By the late 1940s, he was rumored to be the most highly paid magazine photographer in New York.

Iannelli continued to make photographs and films through the 1980s. In 1982 his studio caught fire and many of his vintage prints and equipment were destroyed. Fons Iannelli passed away in 1988. 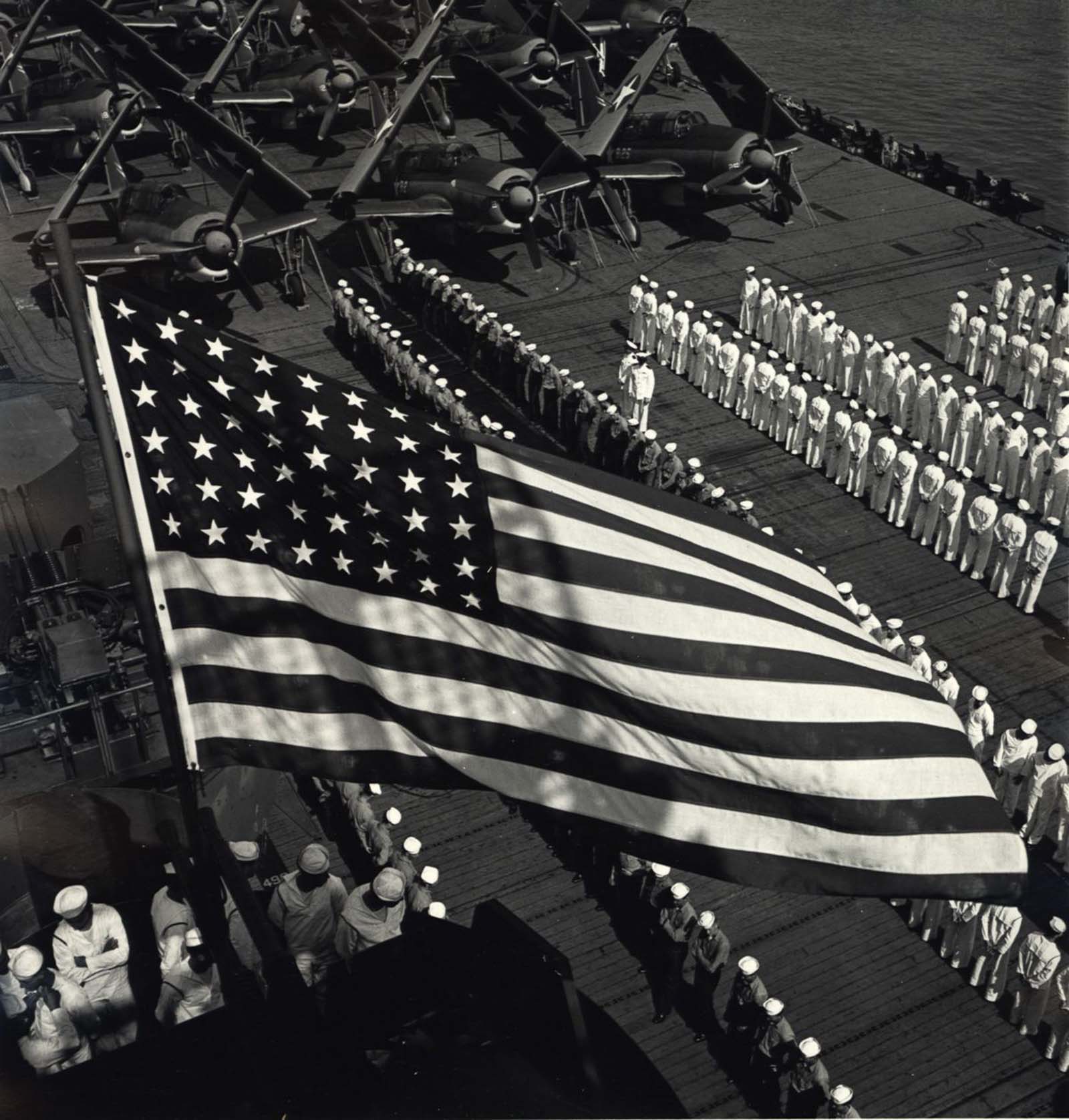 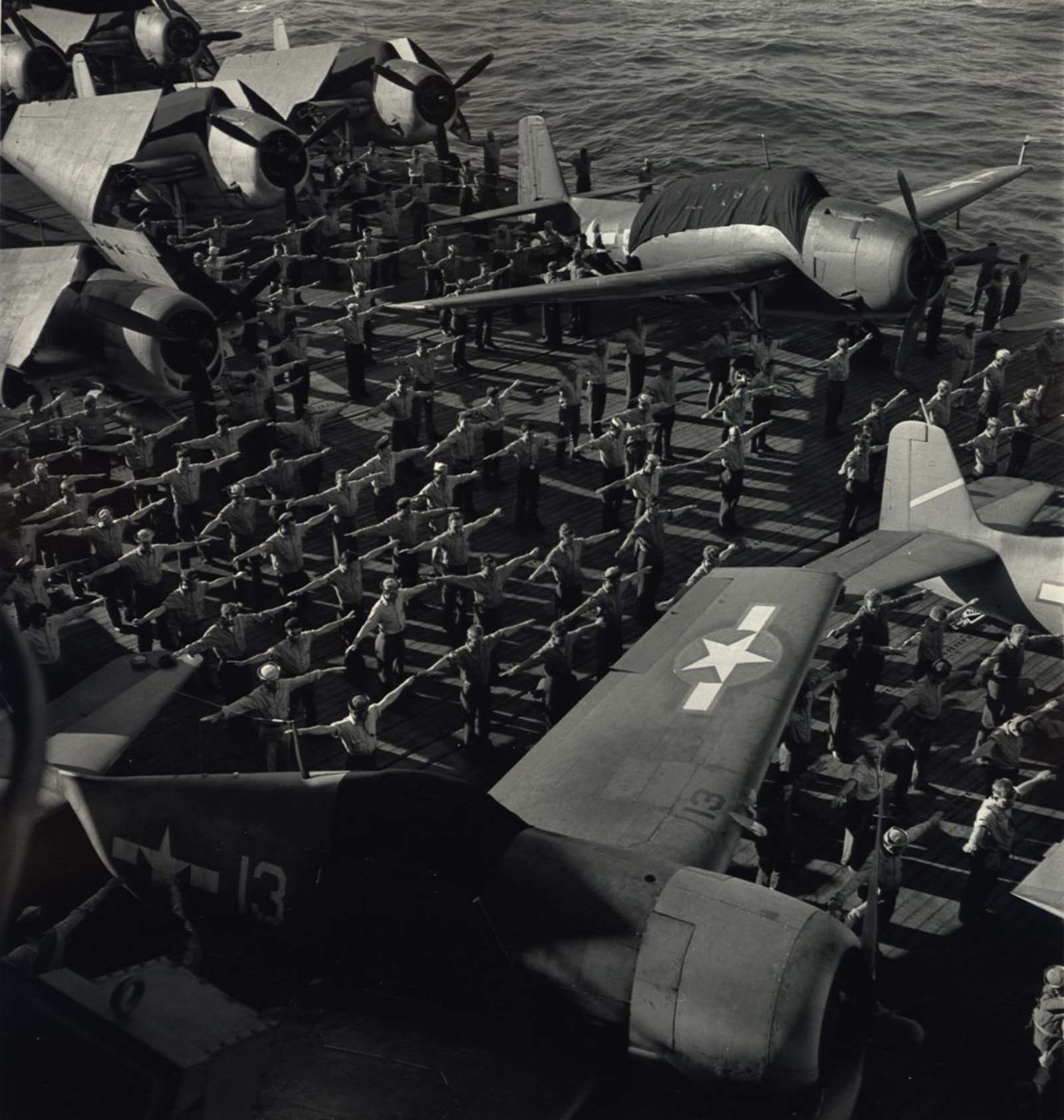 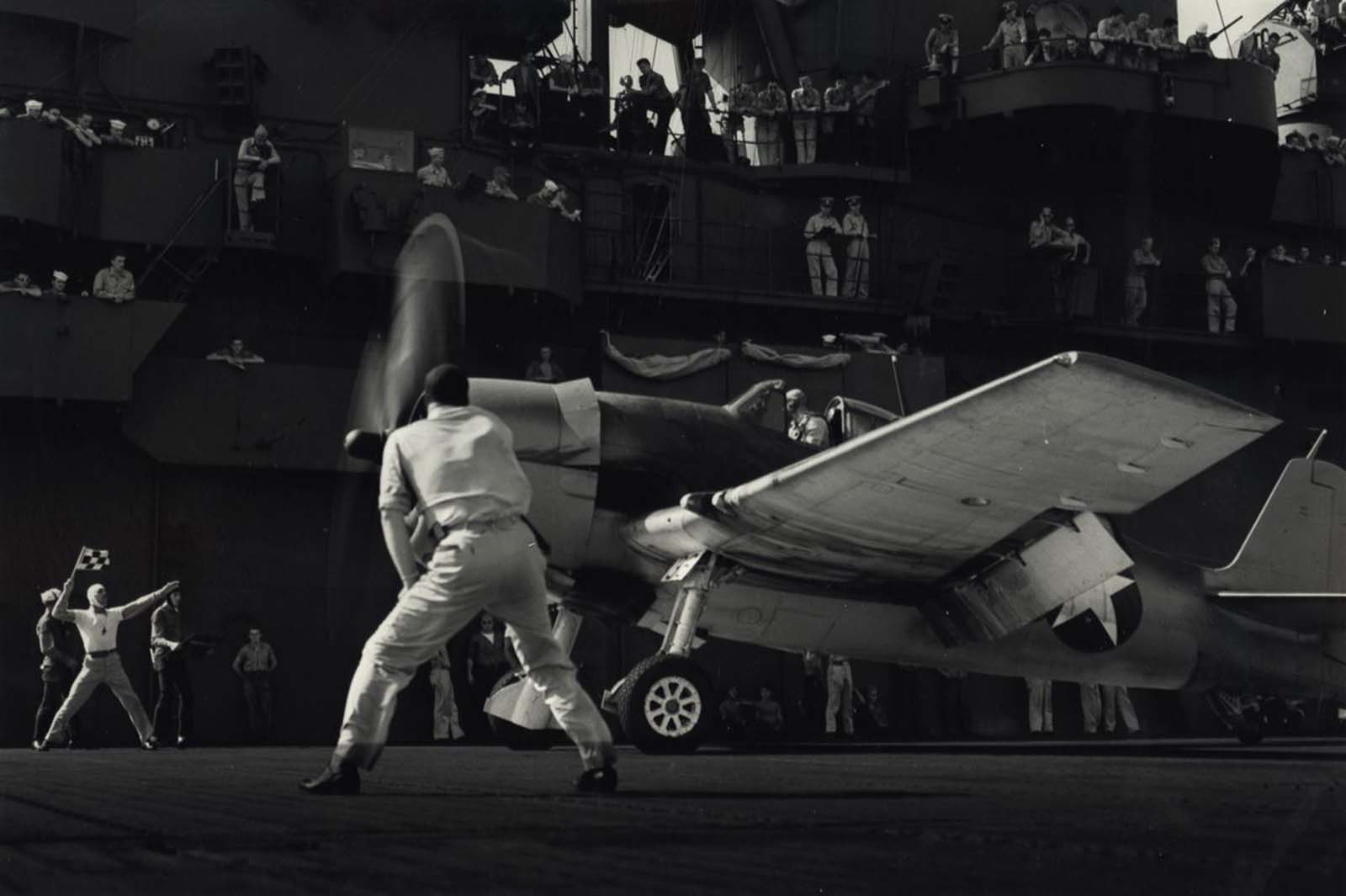 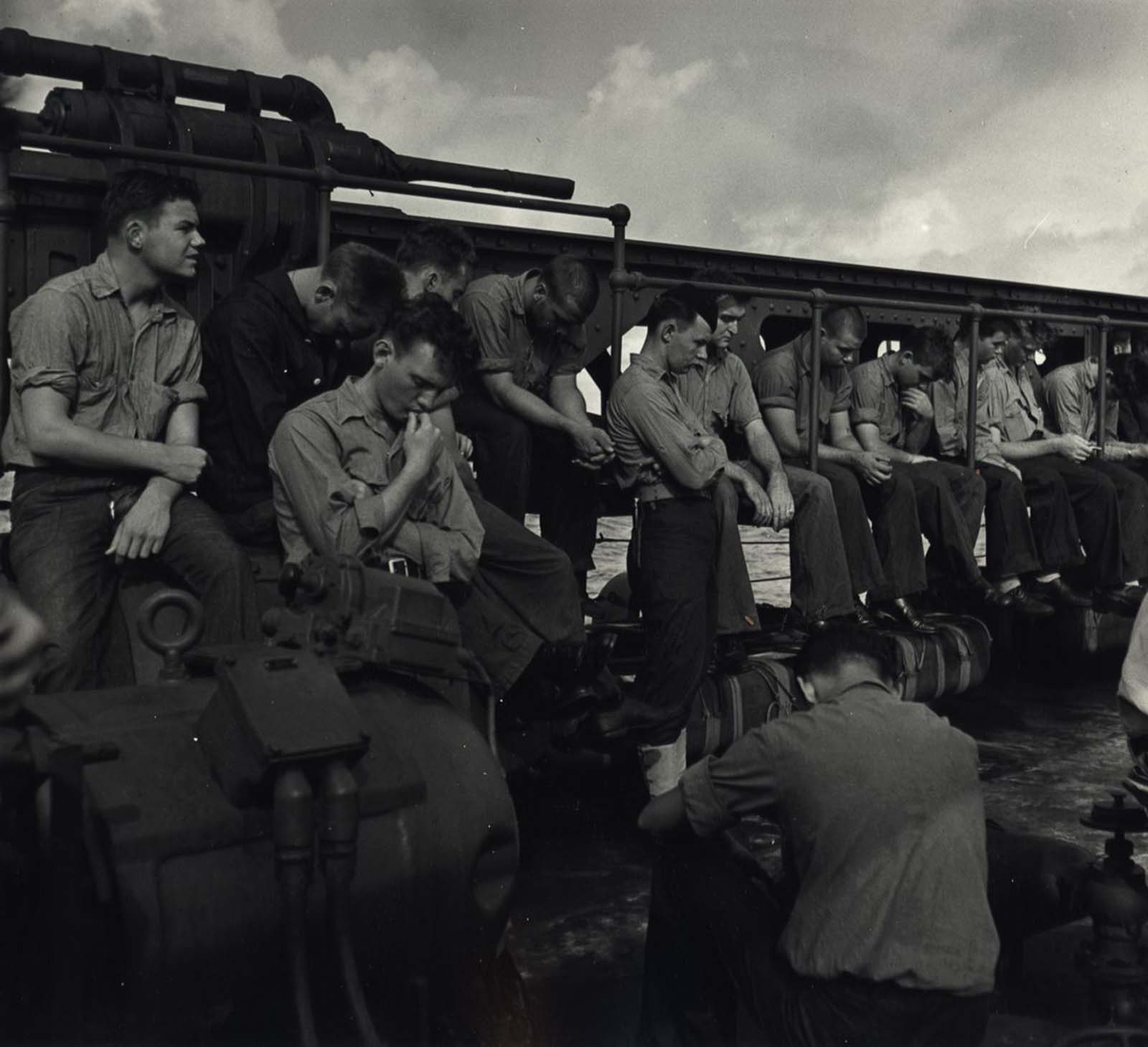 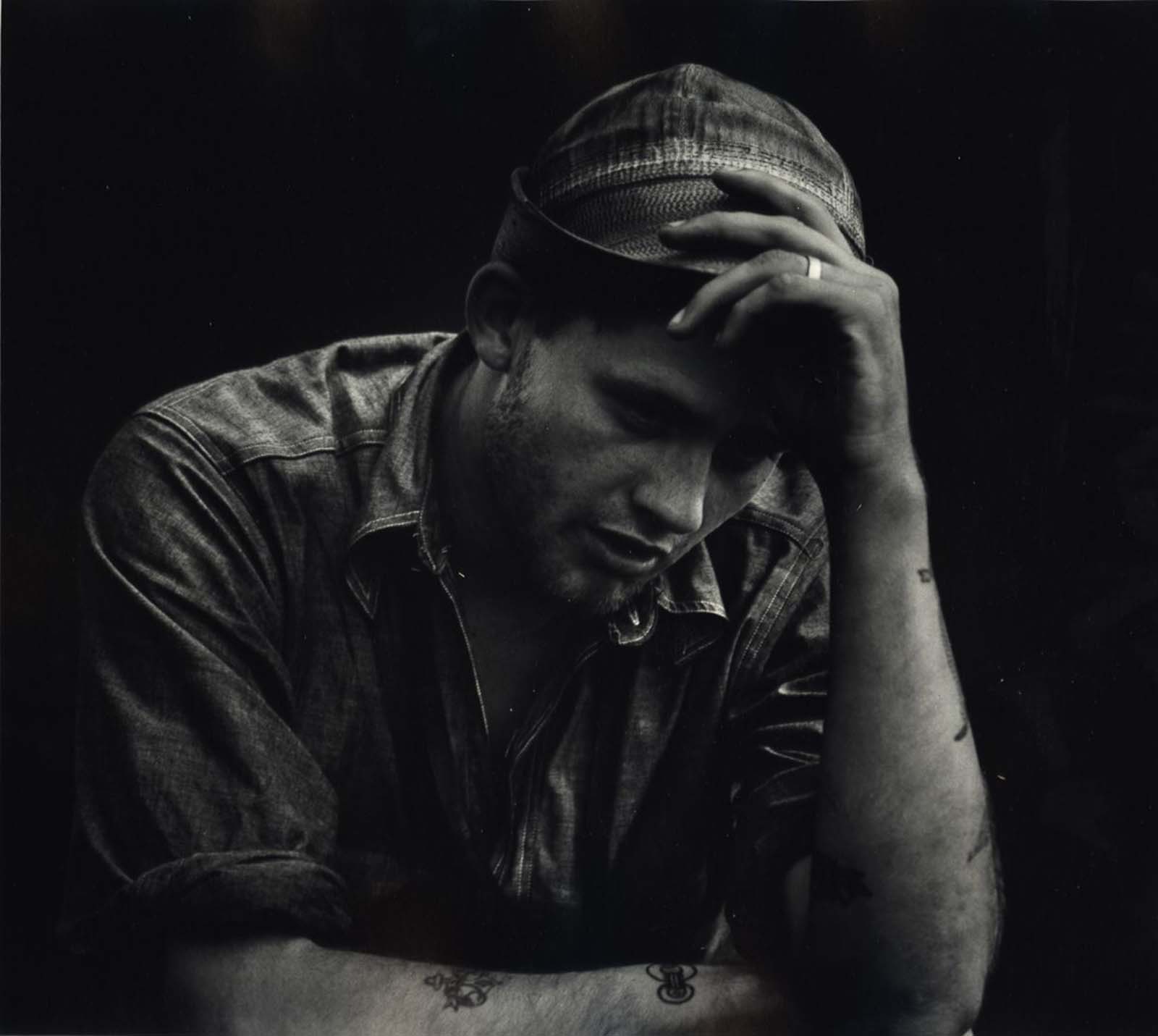 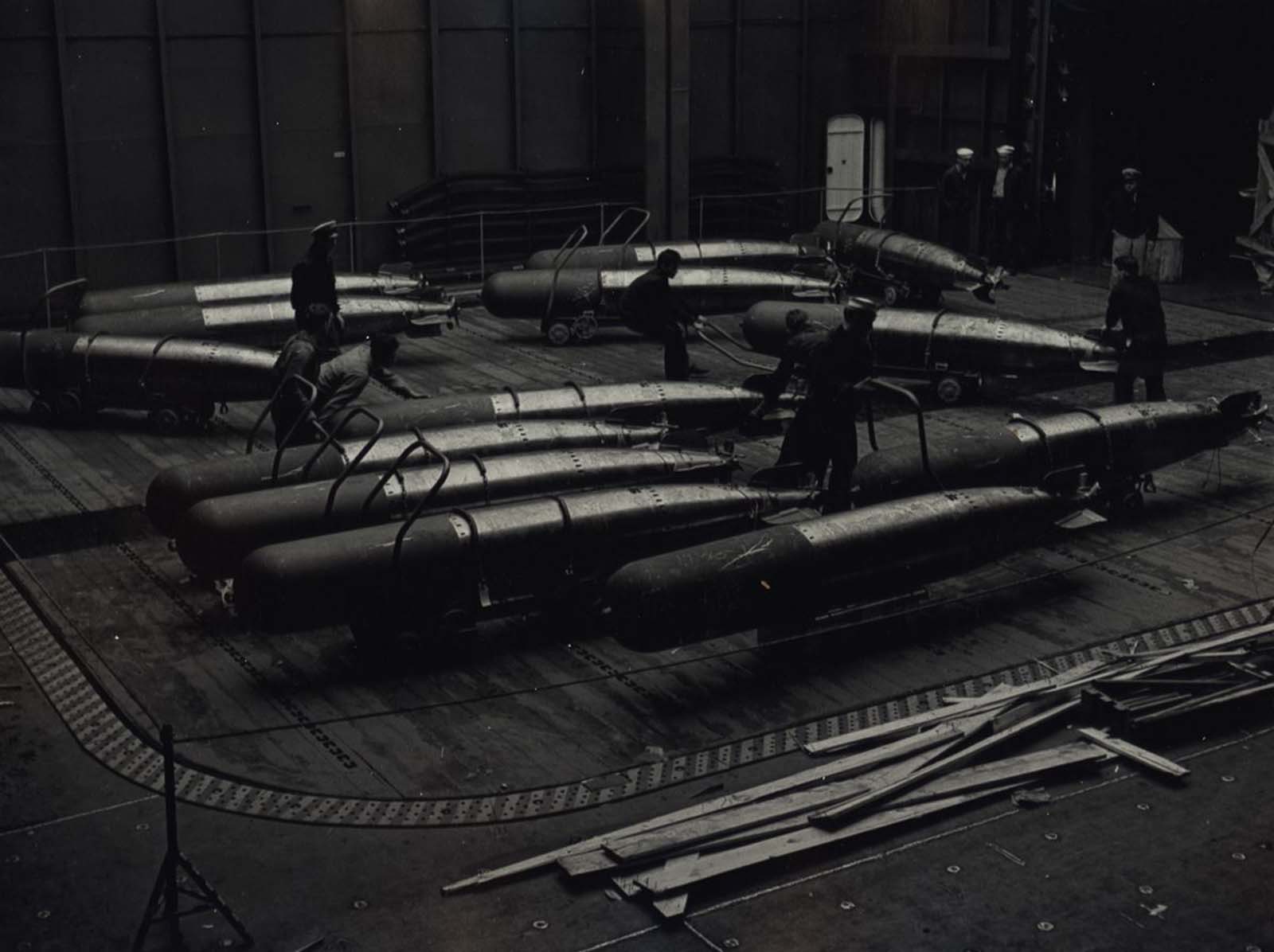 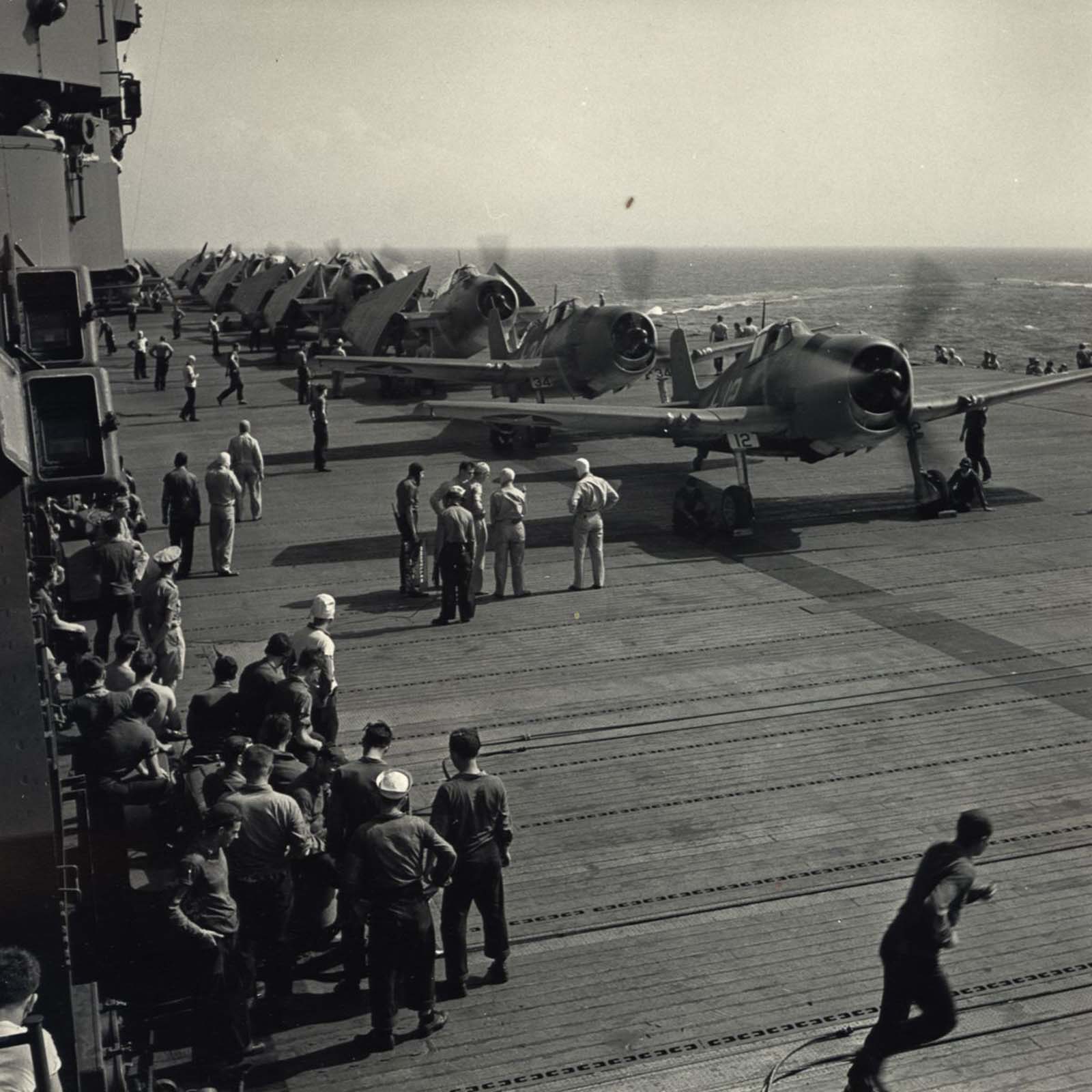 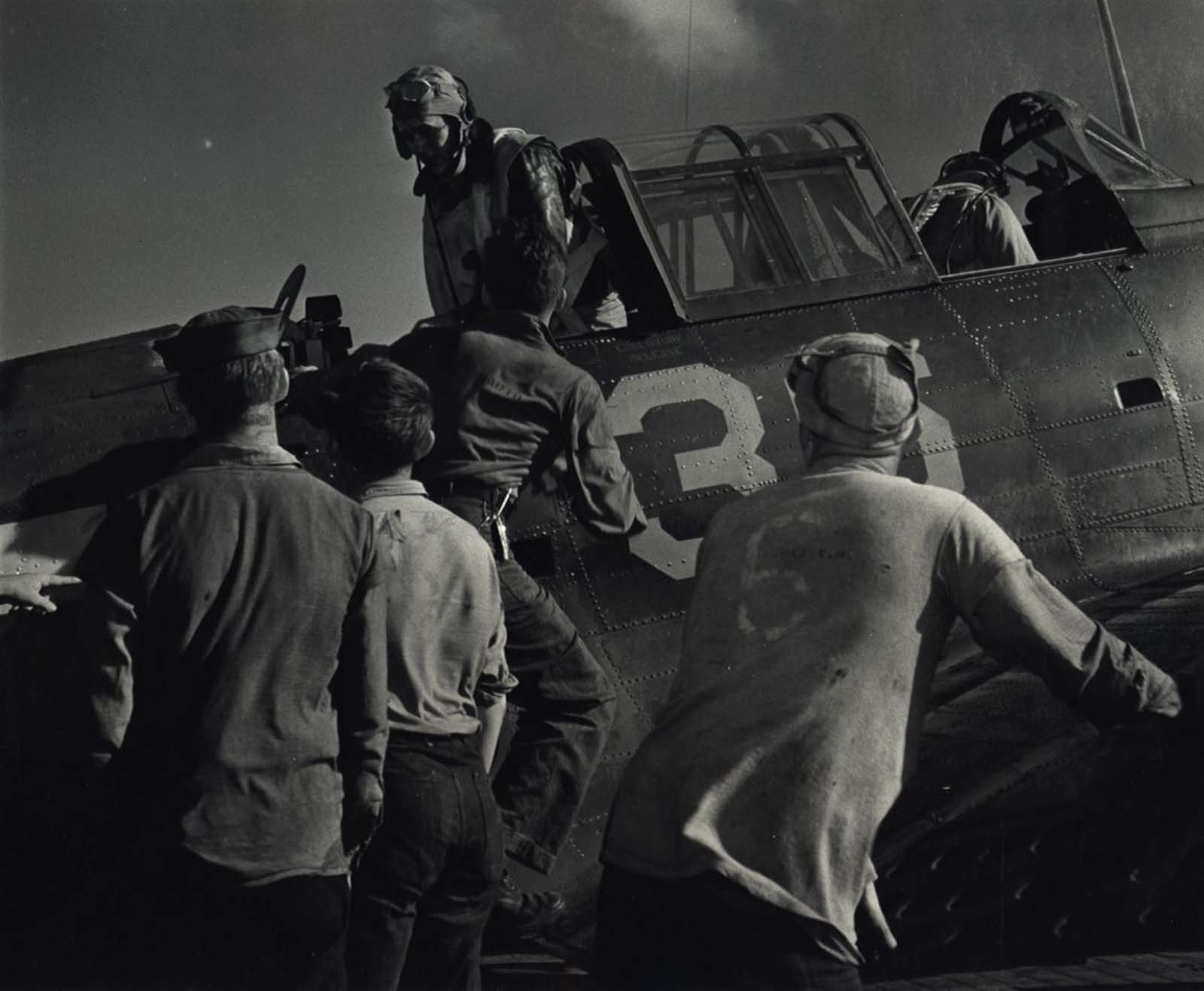 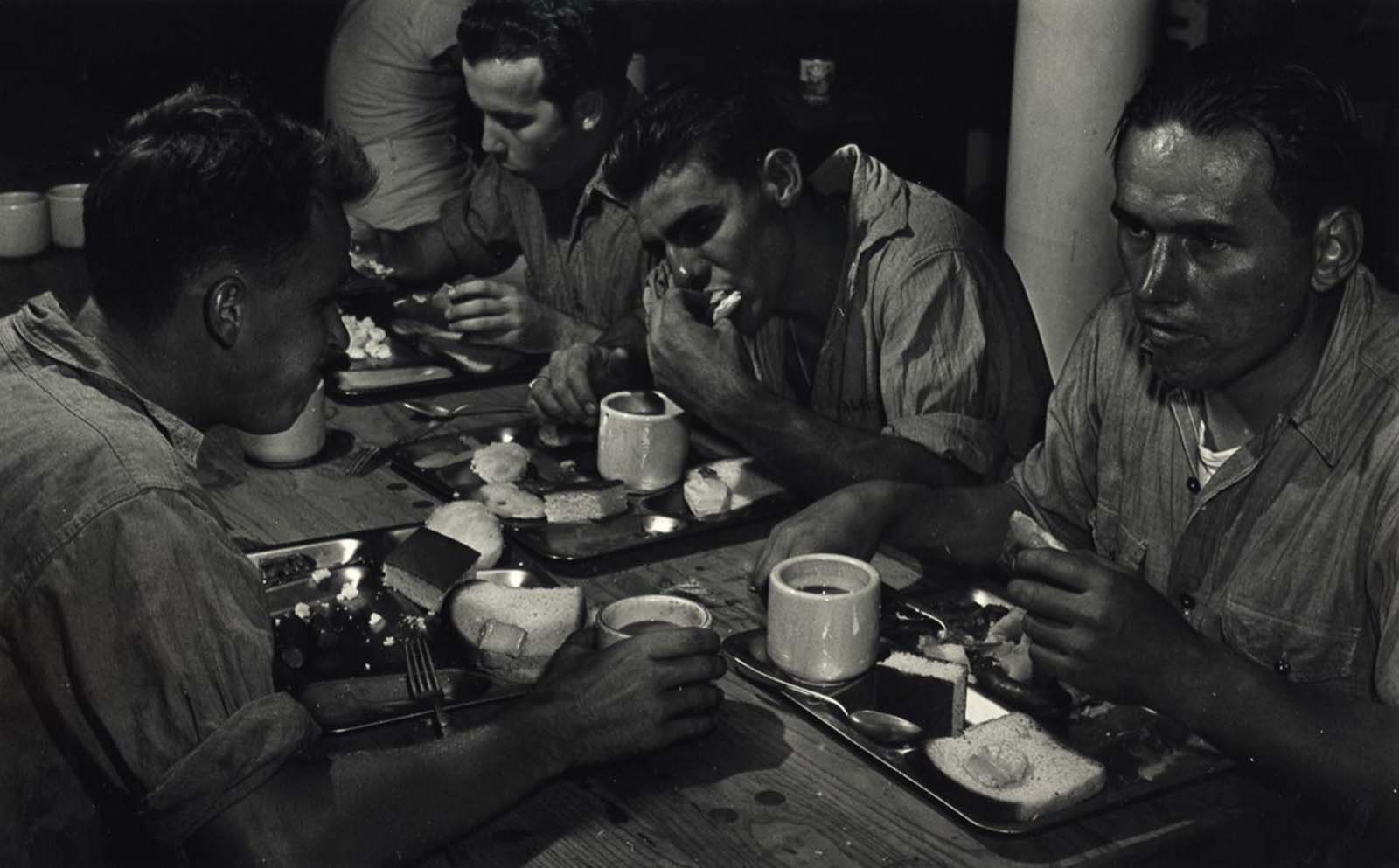 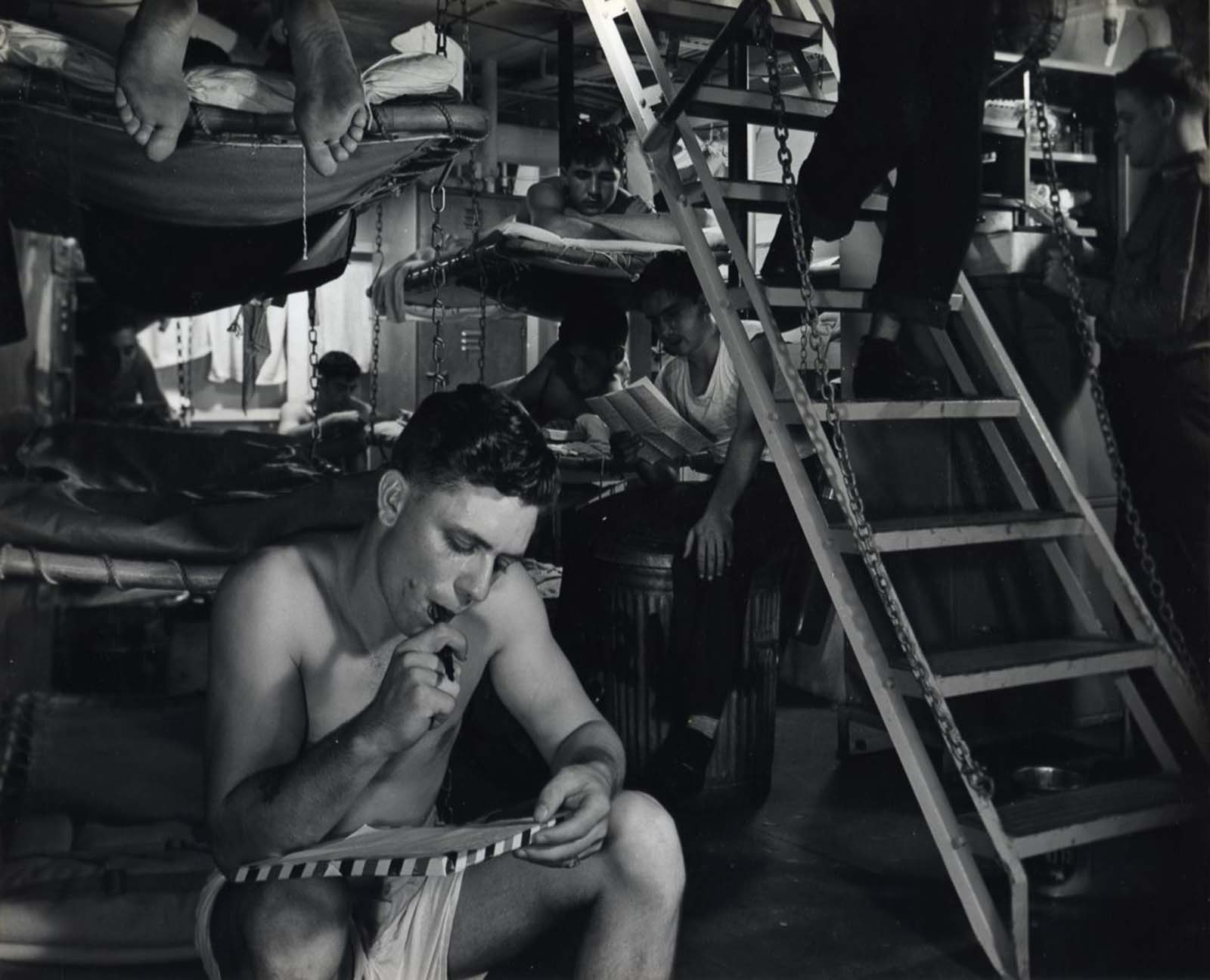 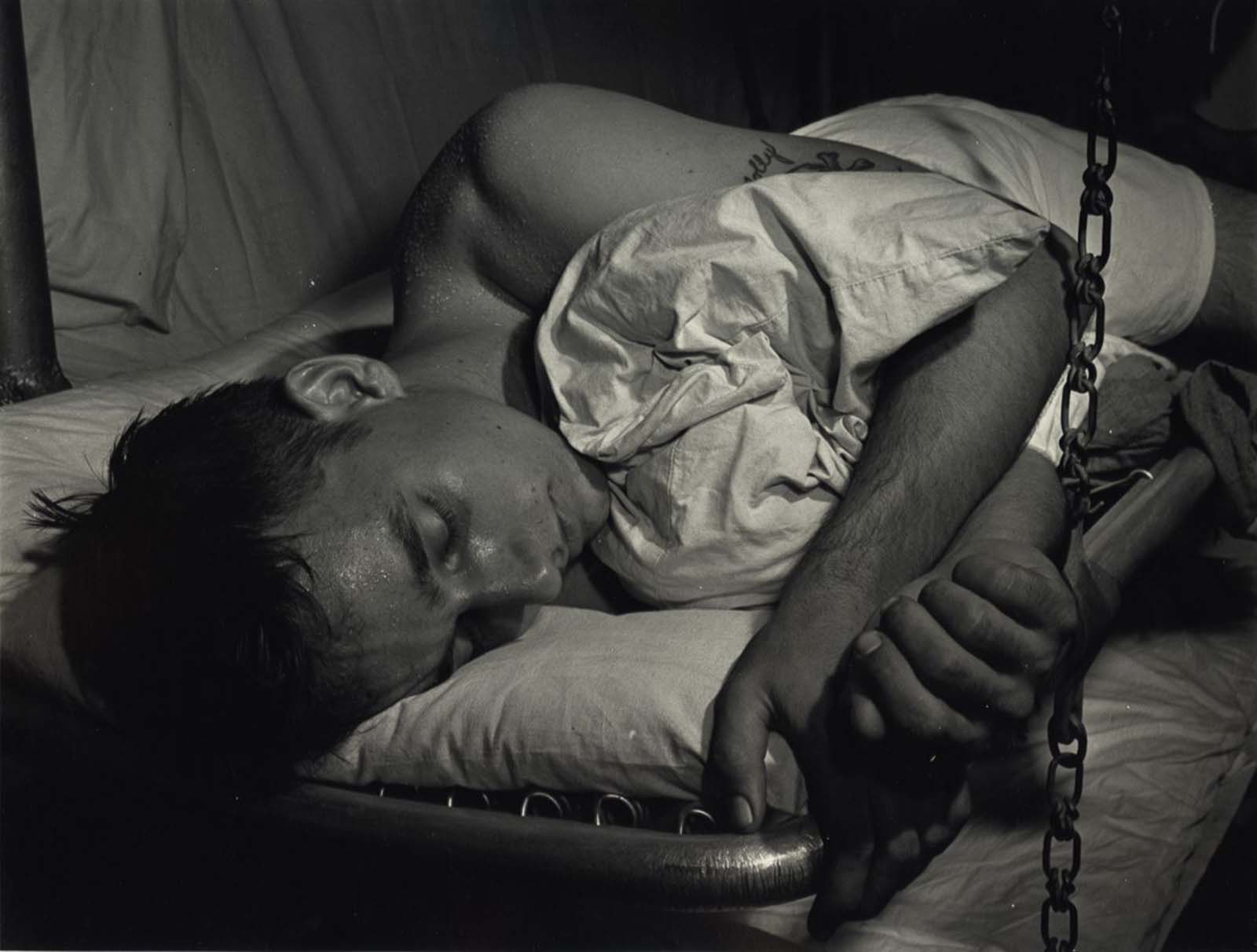 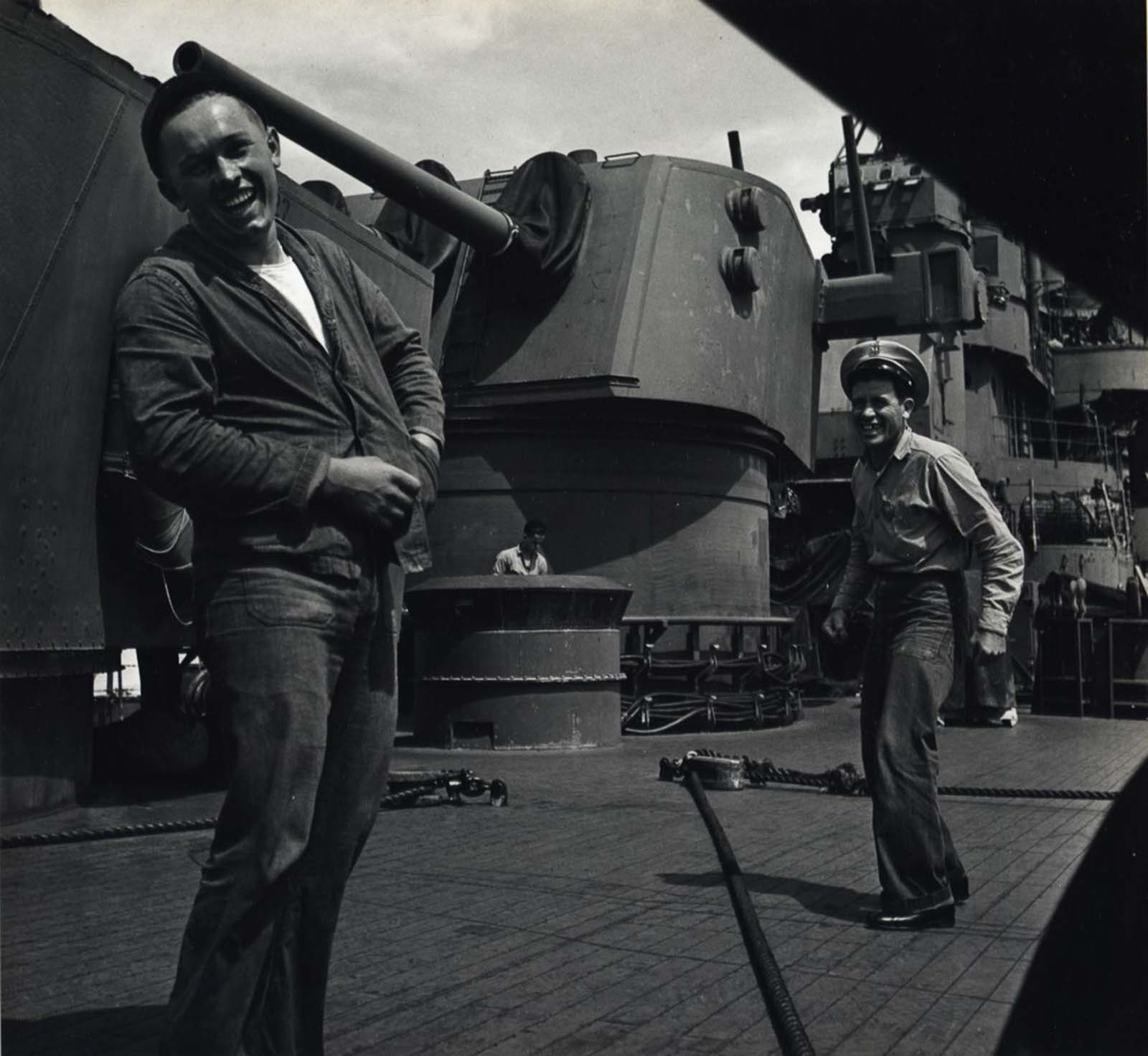 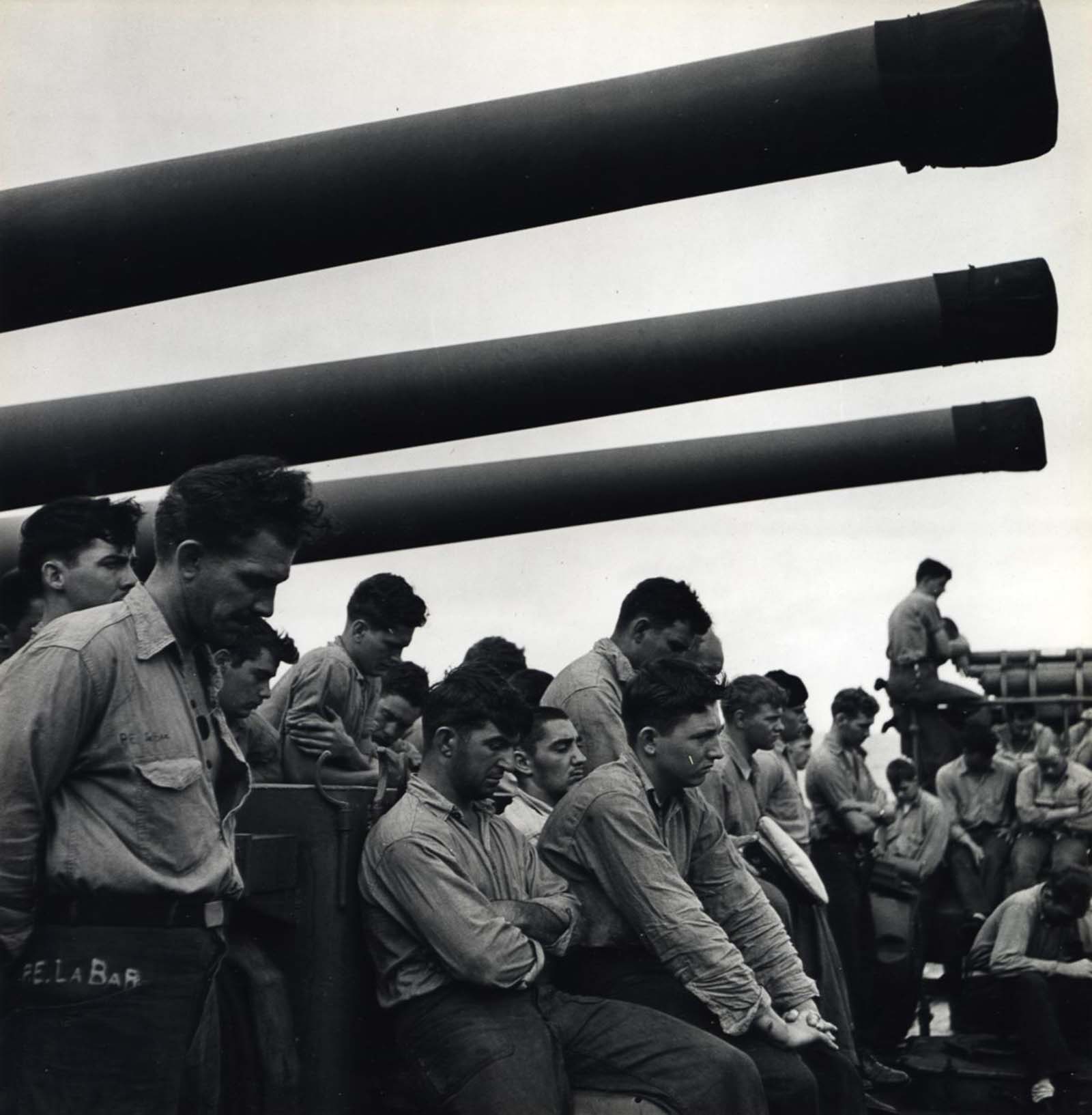 Sailors Aboard U.S.S. Yorktown with Naval Artillery Above, c. 1943. 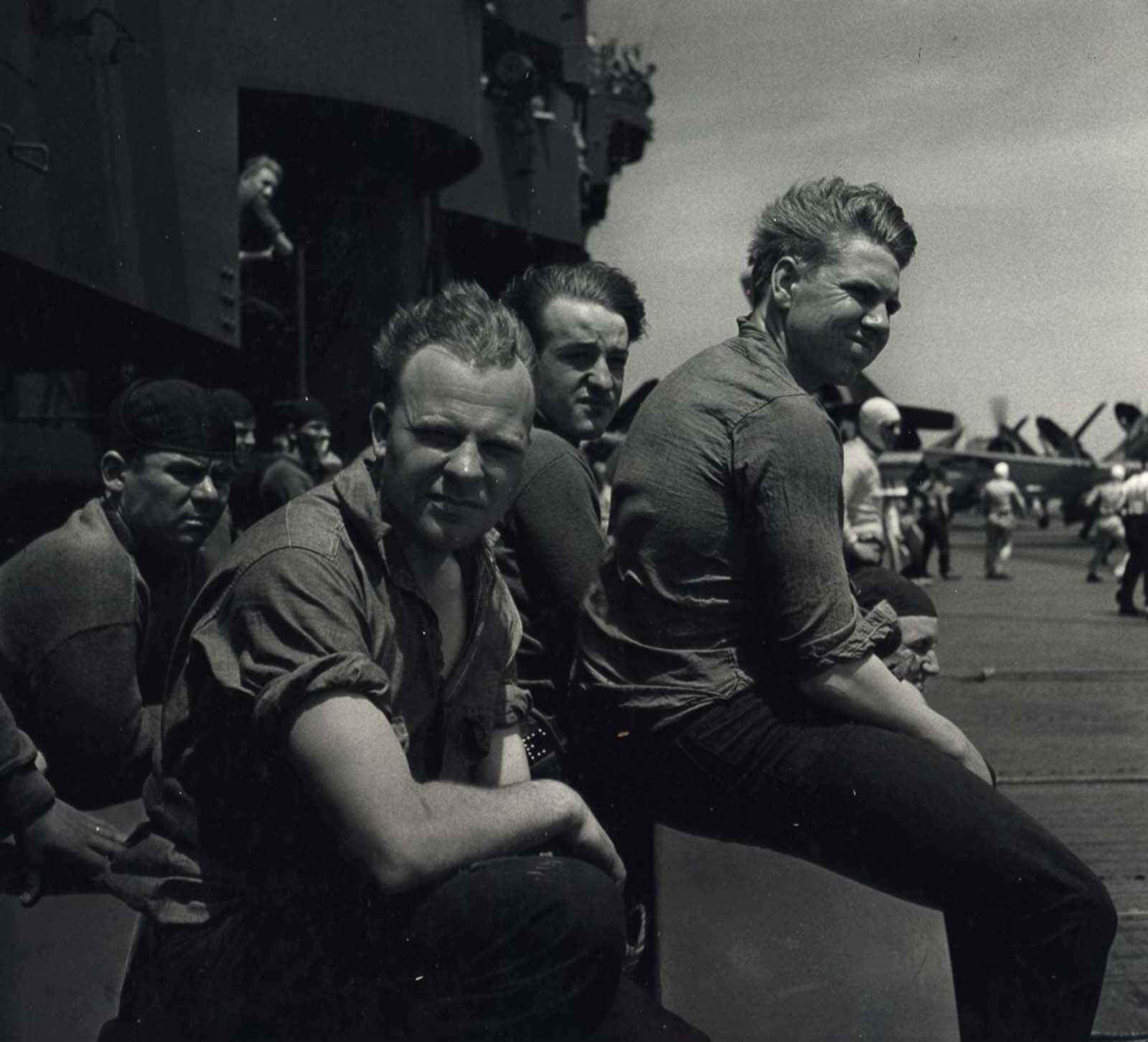 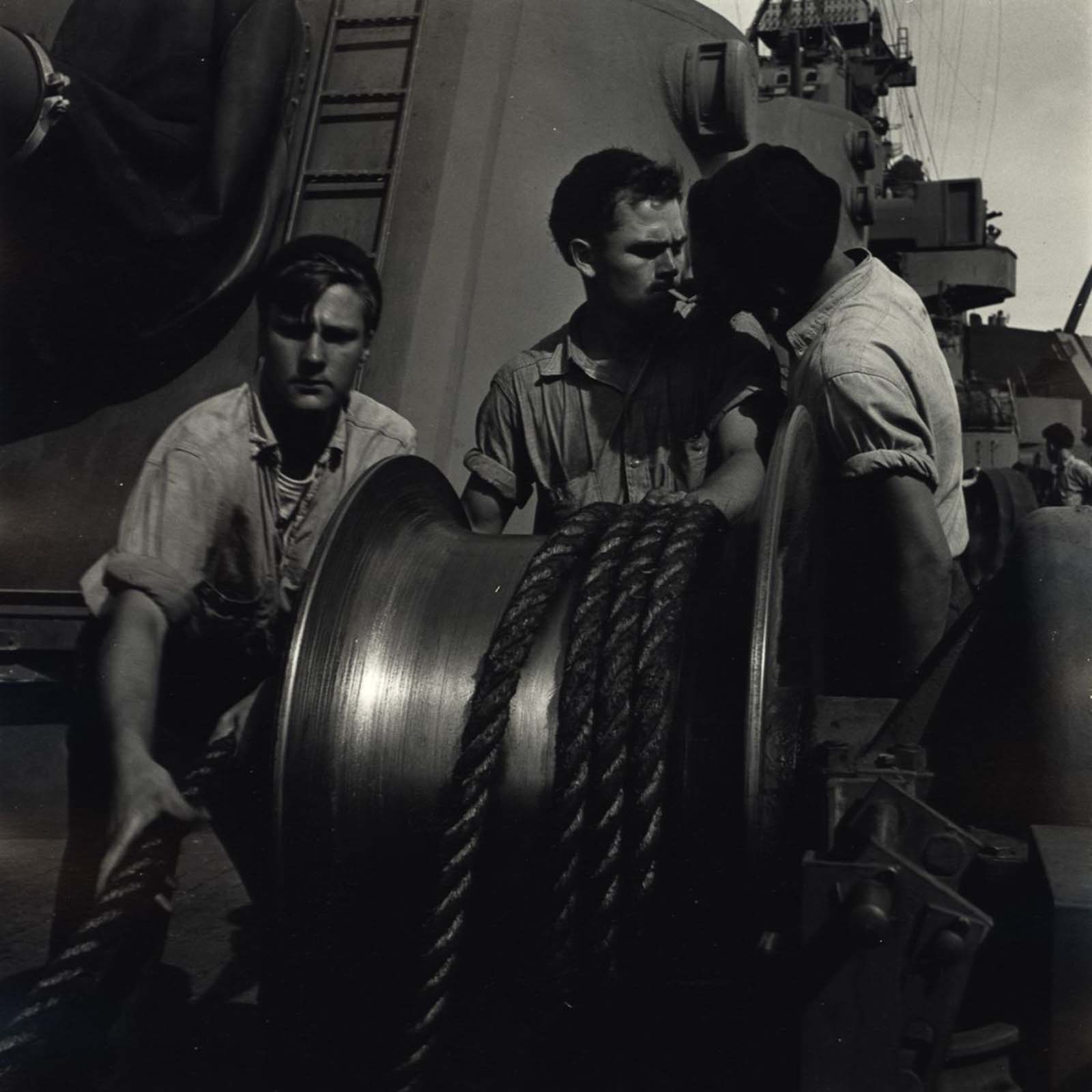 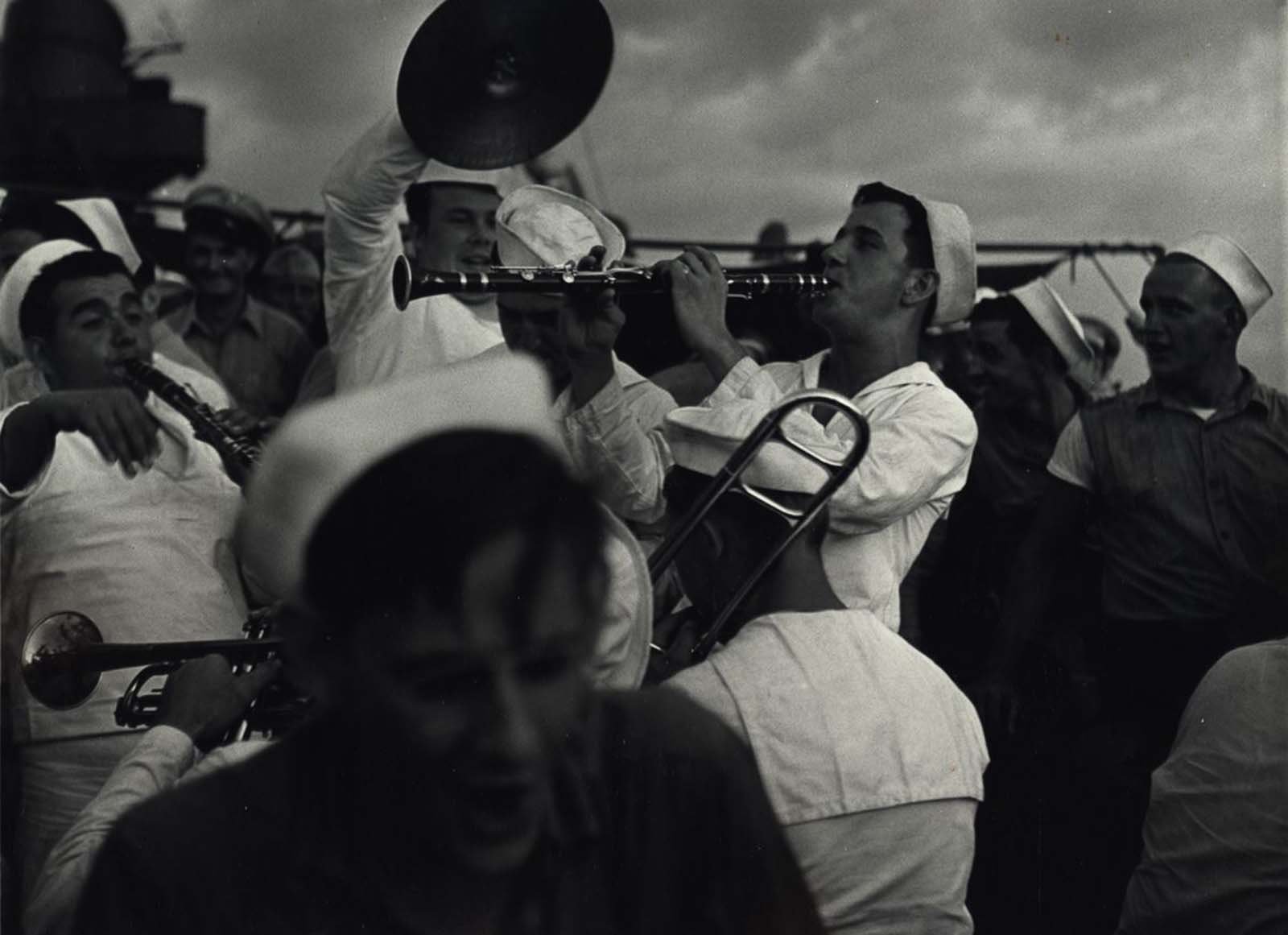 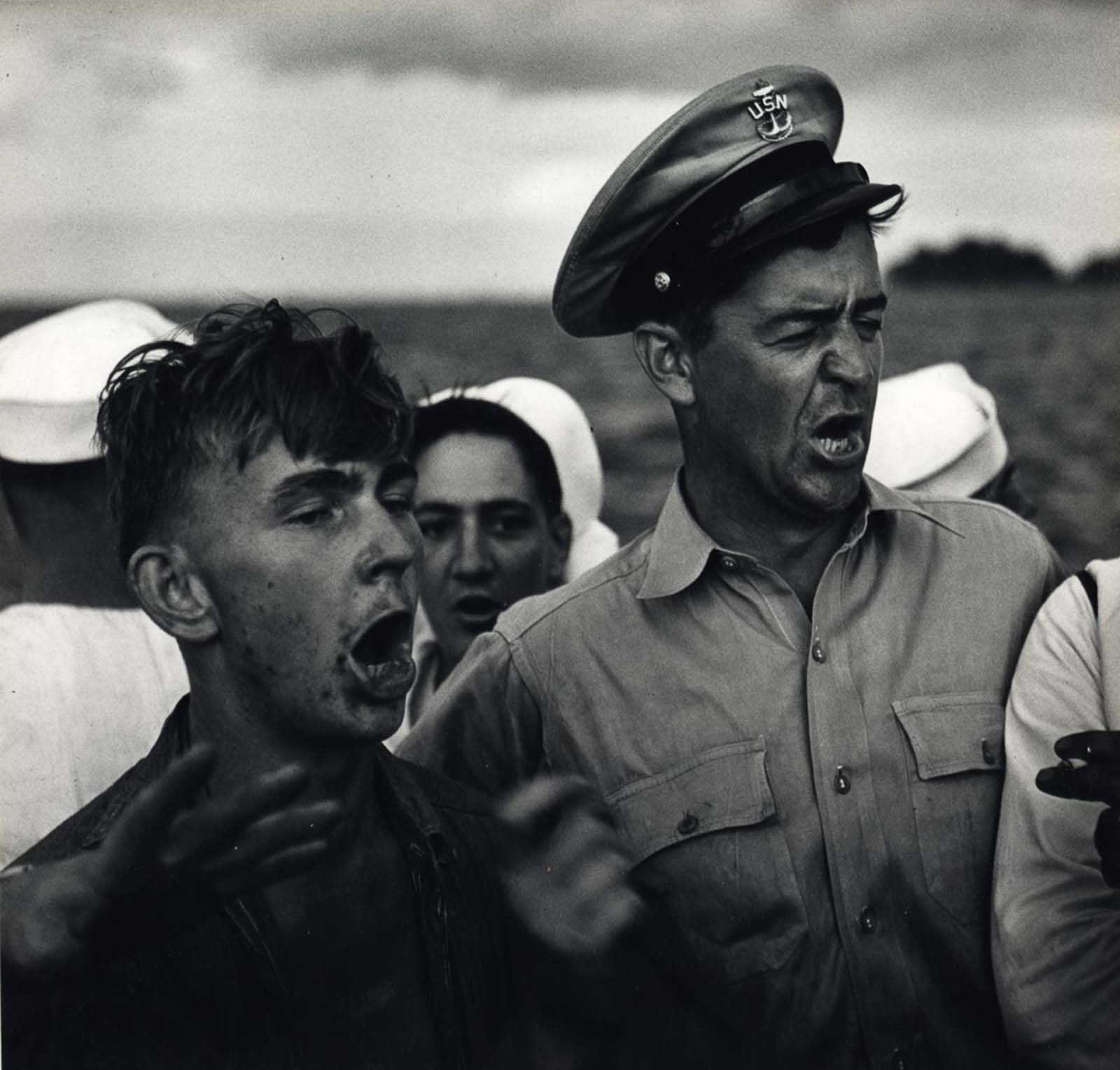 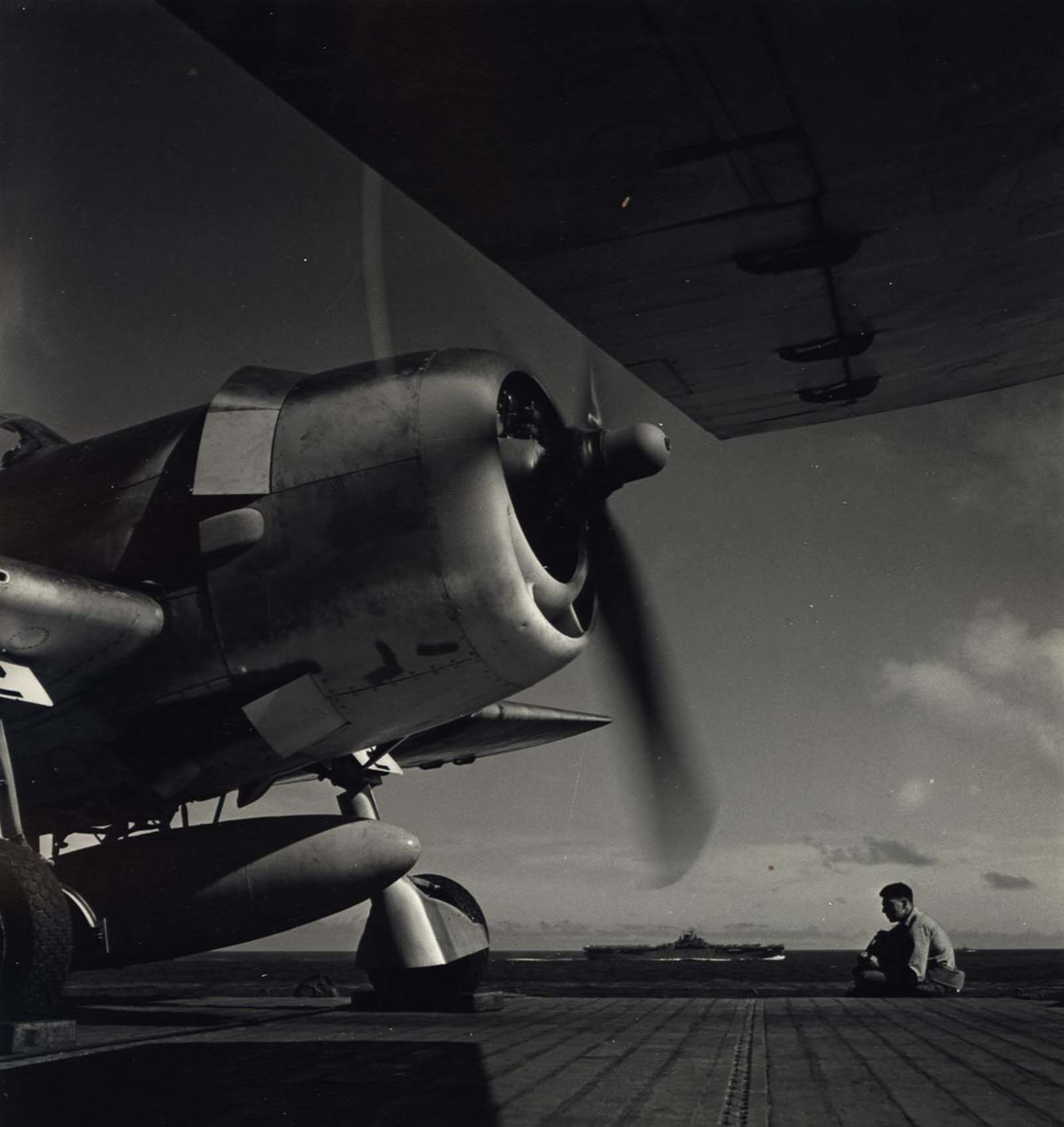