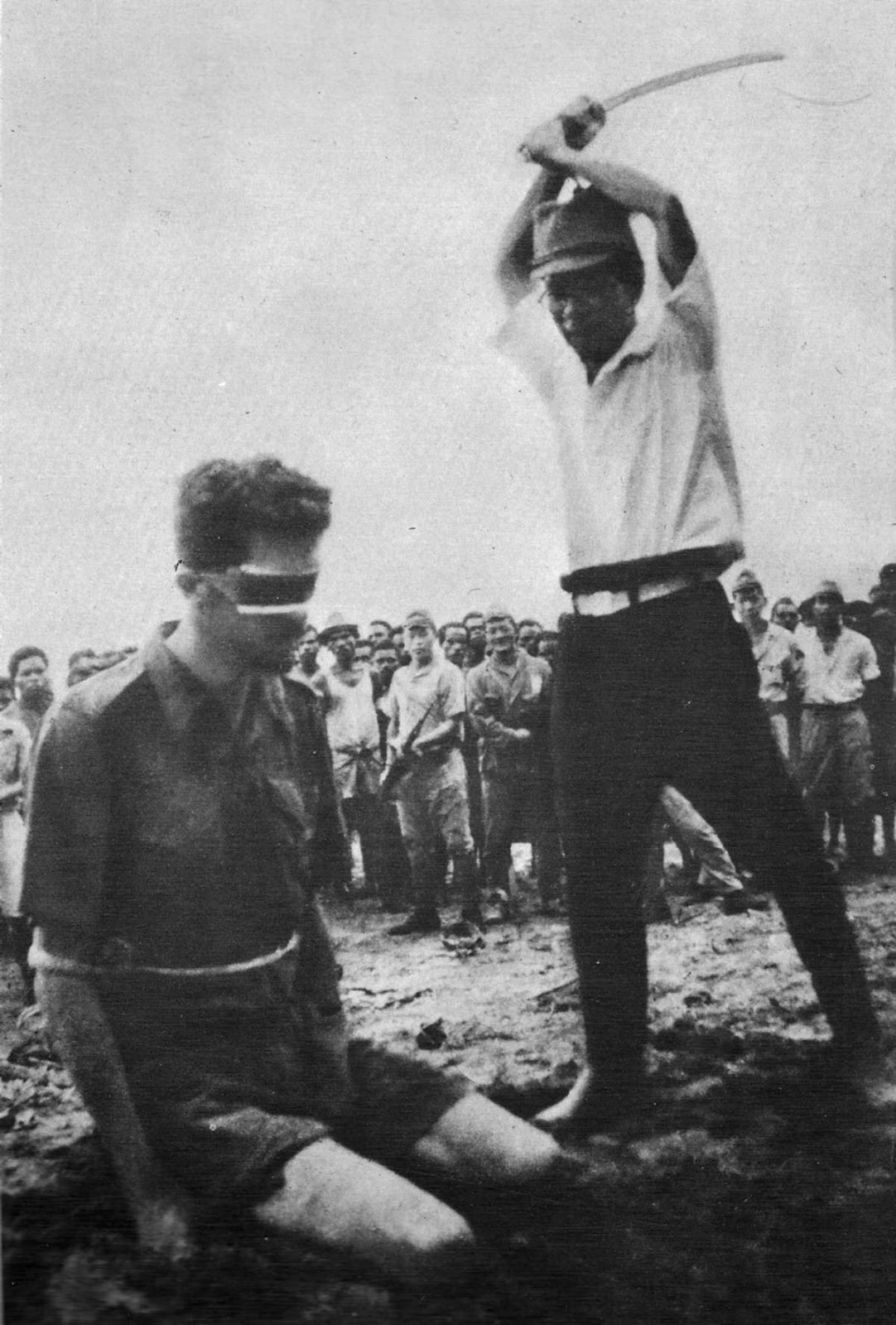 Leonard Siffleet was an Australian Special Forces radio operator, sent on a mission to Papua New Guinea to establish a coast watching station.

In September 1943, his patrol was sent to Japanese-held New Guinea, to recon the Japanese forces stationed there. Siffleet and two other Australian soldiers were captured by local natives friendly to the Japanese and turned over to the Japanese.

All three men were interrogated, tortured, and confined for approximately two weeks before being taken down to Aitape Beach on the afternoon of 24 October 1943.

Bound and blindfolded, surrounded by Japanese and native onlookers, they were forced to the ground and executed by beheading, on the orders of Vice-Admiral Michiaki Kamada of the Imperial Japanese Navy. The officer who executed Siffleet, Yasuno Chikao, detailed a private to photograph him in the act.

At the end of the war, Chikao was captured, tried for war crimes, and sentenced to be hanged; his sentence was commuted to ten years imprisonment, and upon completion of his sentence, he returned to Japan.

The execution of prisoners by beheading was not an uncommon practice by the Japanese. Under the code of Bushido that the Japanese military conformed to at the time, the act of beheading a captured enemy actually restored some lost honor to the foe, since warriors were considered dishonored if they allowed themselves to be captured alive.

In the eyes of the Bushido adherents, this “dishonorable surrender” justified the terrible treatment captured Allied prisoners received at the hands of the Japanese.

The photograph of Siffleet’s execution was discovered on the body of a dead Japanese major near Hollandia by American troops in April 1944.

It is believed to be the only surviving depiction of a western prisoner of war being executed by a Japanese soldier. Published in LIFE magazine, it became one of the war’s most iconic photos.

Siffleet is commemorated on the Lae Memorial in Lae, Papua New Guinea, together with all other Commonwealth war dead from actions in the region who have no known grave. A memorial park commemorating Siffleet was also dedicated at Aitape in May 2015.