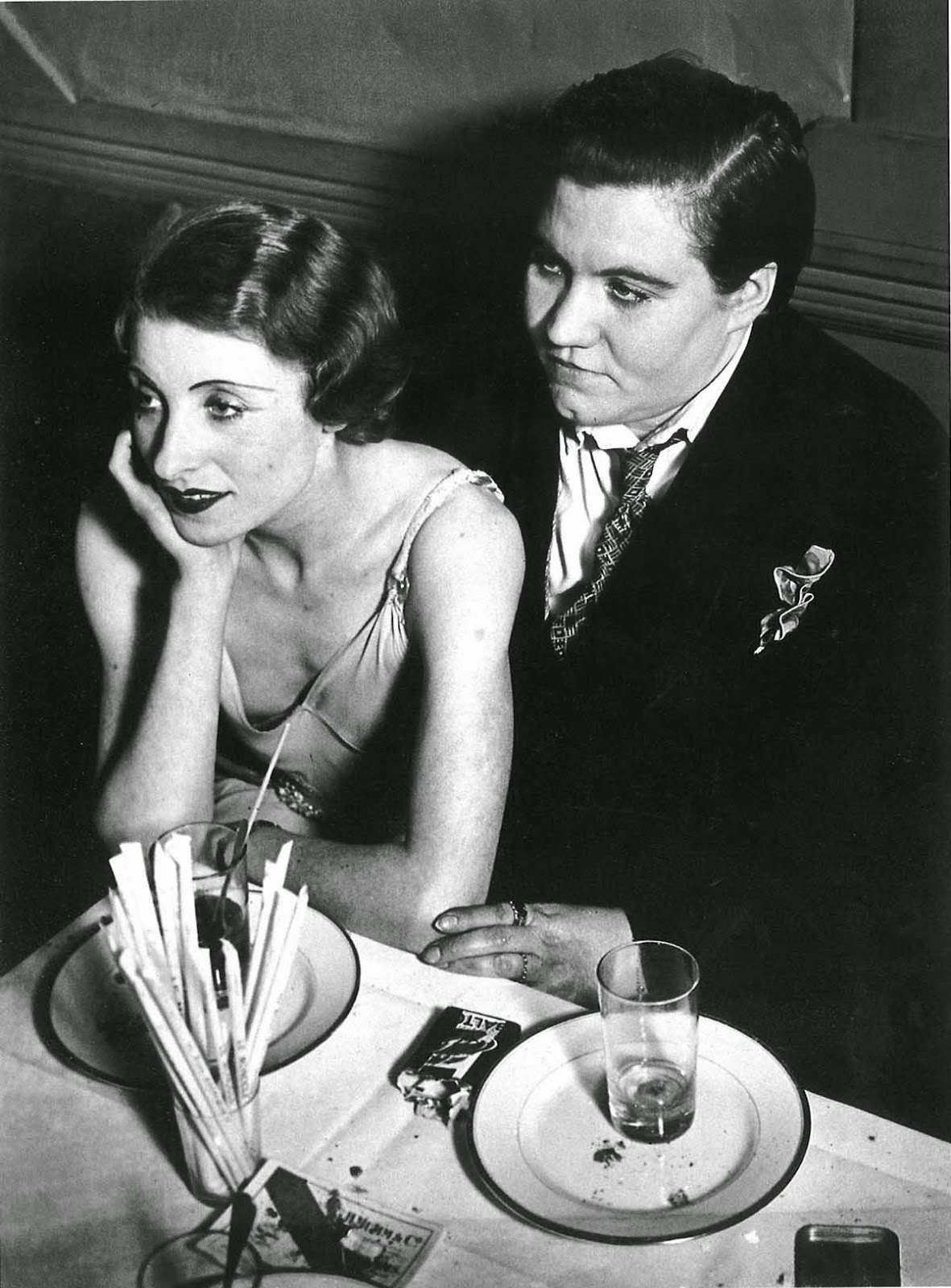 During the 1920s Paris had gained a reputation for the variety of its nighttime pleasures and for its free and easy attitude toward life in general. Within this climate of relative tolerance, many gay and lesbian nightclubs opened and flourished. Among these was Le Monocle, which is credited with being one of the first, and certainly the most famous of lesbian nightclubs.

It was opened by Lulu de Montparnasse in the Montmartre area, which at that time was the main gathering place for Parisian lesbians. As historian Florence Tamagne explains, lesbians during that time were often found sitting together at Montmartre’s “outdoor cafes or dancing at the Moulin Rouge”. As for Le Monocle, “All the women there dressed as men, in Tuxedos, and wore their hair in a bob”.

The person in the first photo (right) is Violette Morris, a French weightlifting champion who had a double mastectomy. At the end of December 1935, Morris was recruited by the Sicherheitsdienst (English: Security Service), a wing of the infamous SS of Nazi Germany.

She gave Germany partial plans of the Maginot Line, detailed plans of strategic points within the city of Paris, and schematics of the French army’s main tank, the Somua S35. Her collaboration continued during France’s occupation. 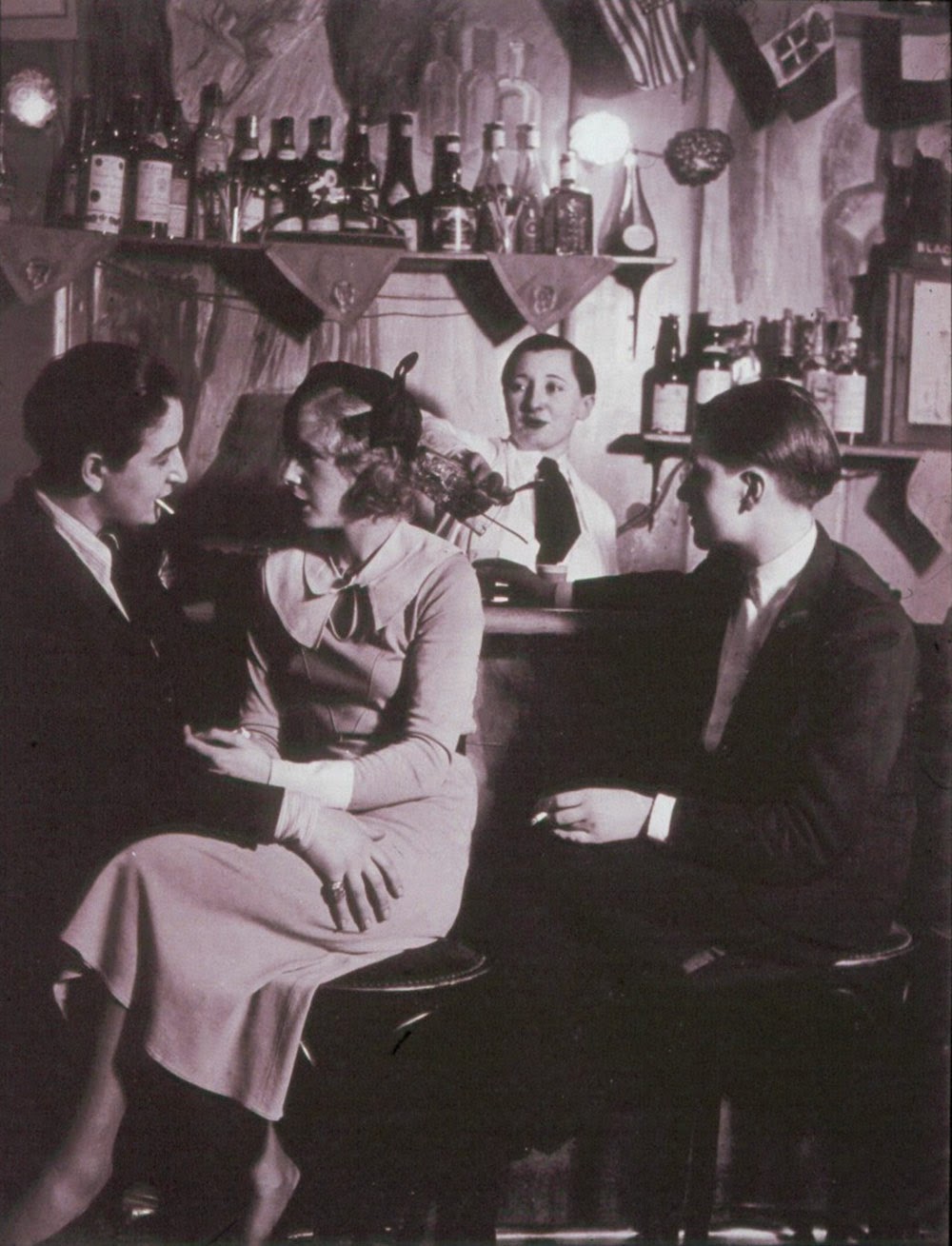 For these activities, Morris was sentenced to death in absentia and was killed along a country road by members of a French resistance group on 26 April 1944, at the age of 51. Her body, riddled with bullets, was never claimed and was buried in a communal grave.

Why the name Le Monocle? The name Le Monocle derived from a fad at the time where women who identified as lesbian would sport a monocle to indicate sexual preference. The writer Colette once observed the fad by describing women in the area as “often affecting a monocle and a white carnation in the buttonhole”. A monocle was something of a lesbian “uniform” in those days.

Le Monocle stayed open from the 1920s through the early 1940s. After the Nazi occupation of France, the nightclub was closed and homosexuals were persecuted. Years later the club was reopened by a new owner, but the golden age of Le Monocle had ended. 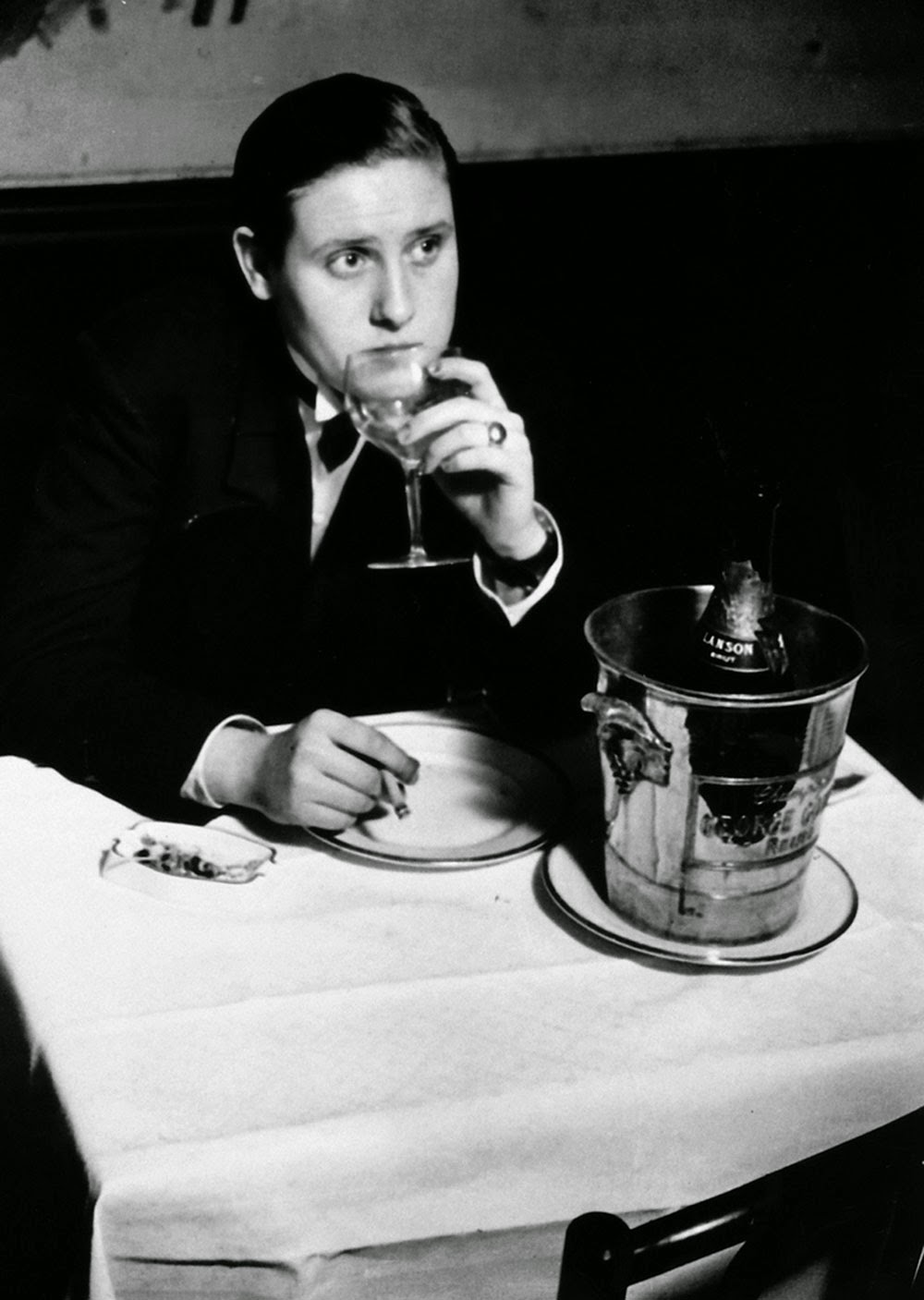 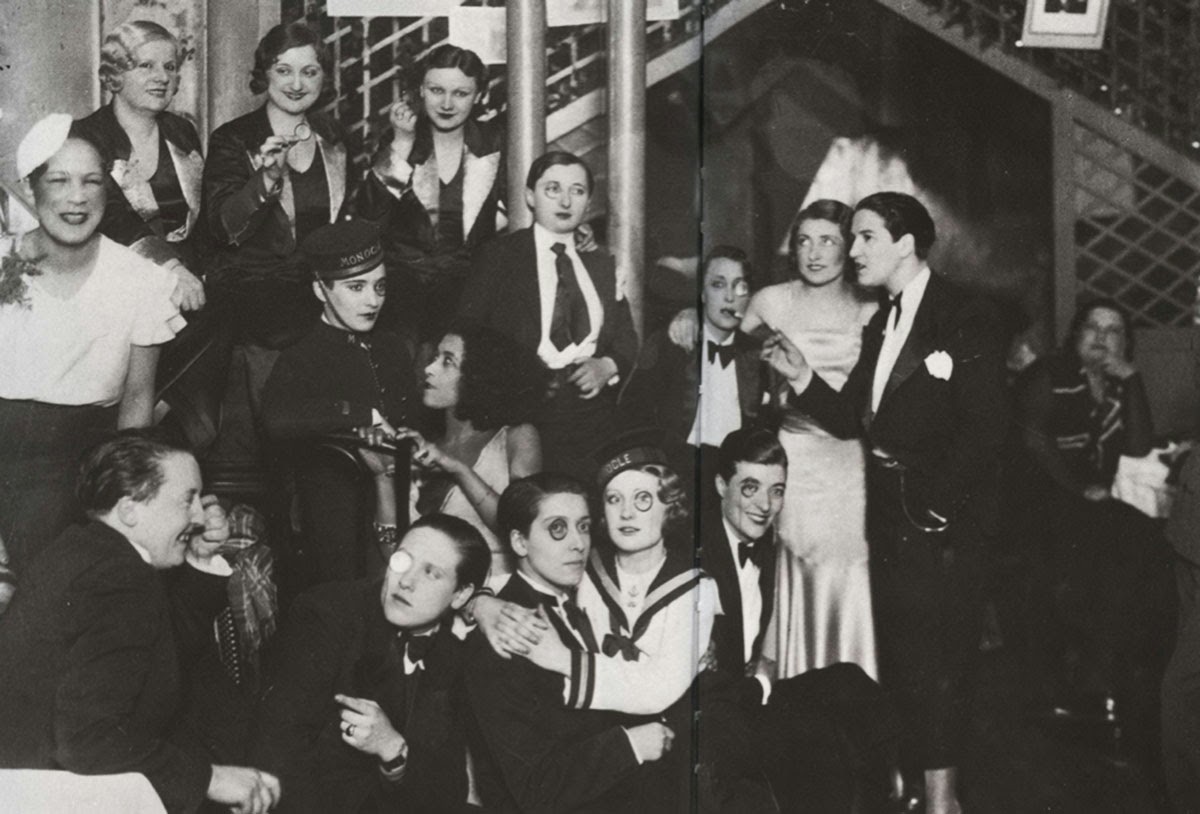