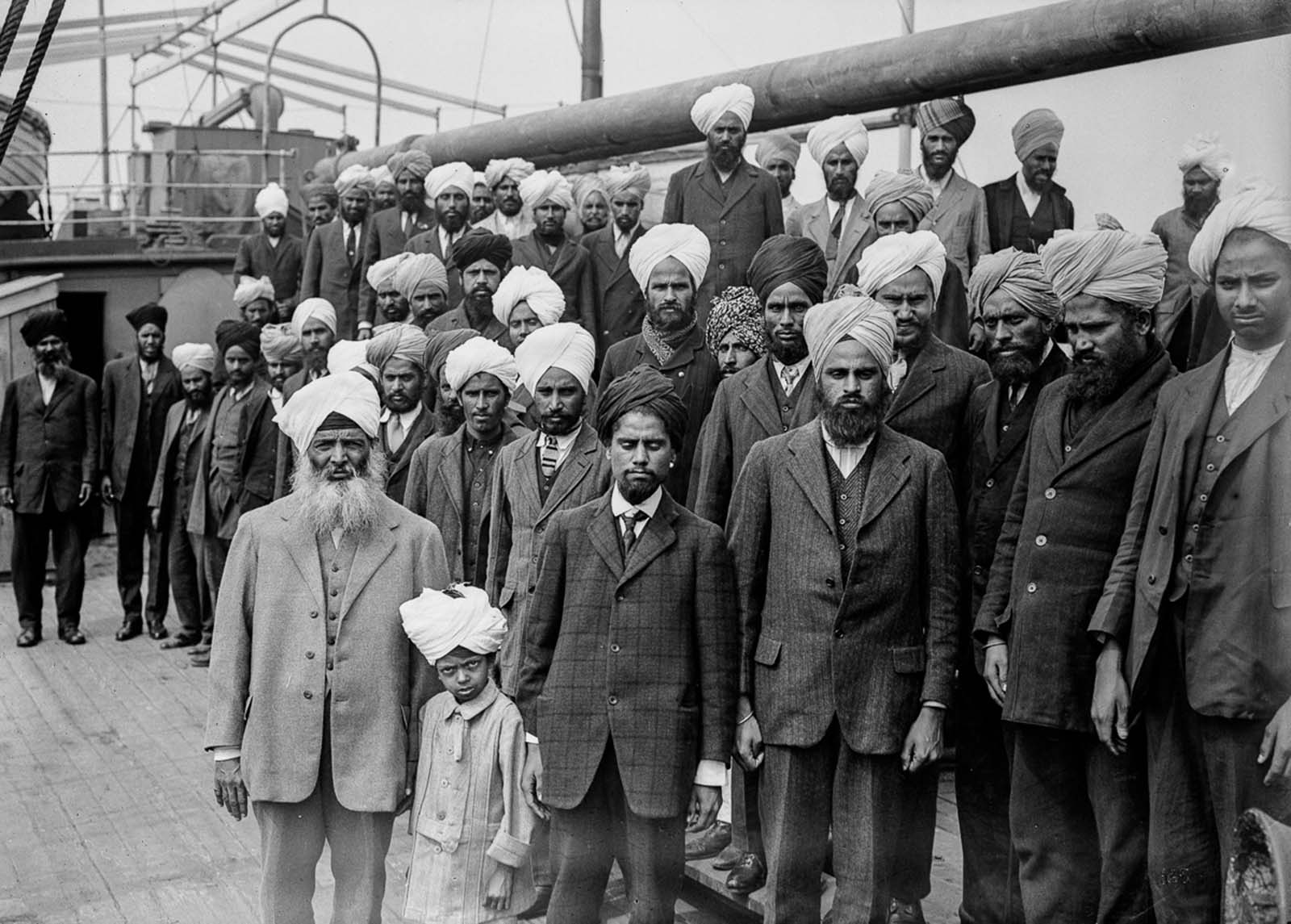 Organizer Gurdit Singh Sandhu (front left) and other passengers pose for a photo.

On May 23, 1914, the SS Komagata Maru, a steamship carrying 376 passengers of Punjabi passengers – largely Sikhs but also some Hindus and Muslims – arrived on the west coast of the Dominion of Canada. Based on laws implemented to limit the immigration of Indians, Canadian officials deemed the passengers illegal arrivants, and consequently, the ship and its passengers were refused entry and detained for two months on Vancouver Harbour.

The ship was eventually forced to depart for Calcutta, with 340 passengers, with the exception of the ship’s doctor and his family (given priority passage on another ship), and the remaining twenty passengers, granted entry into Canada since they were considered returnees.

Let’s dive into the history and get some context. In the early 1900s, Indian immigrants began arriving in British Columbia, hoping to make a better life for themselves and their families. The first immigrants were mainly young men, who found jobs in agriculture, fishing, and forestry. Many of the arrivals were planning to make money and return to India, but others intended to settle in Canada and bring their families over once they had enough to support them.

Canada was not a welcoming place for Asian immigrants in the early twentieth century. Although employers in the resource industries liked having hard-working, cheap labour, the general public and the unions did not want these workers in Canada.

Anti-Asian feelings were stirred up u racist cartoons and commentary in newspapers, the Asiatic Exclusion League was formed in Vancouver, ad, in 1907, an angry mob attacked Asian homes and businesses in the Vancouver Riot. 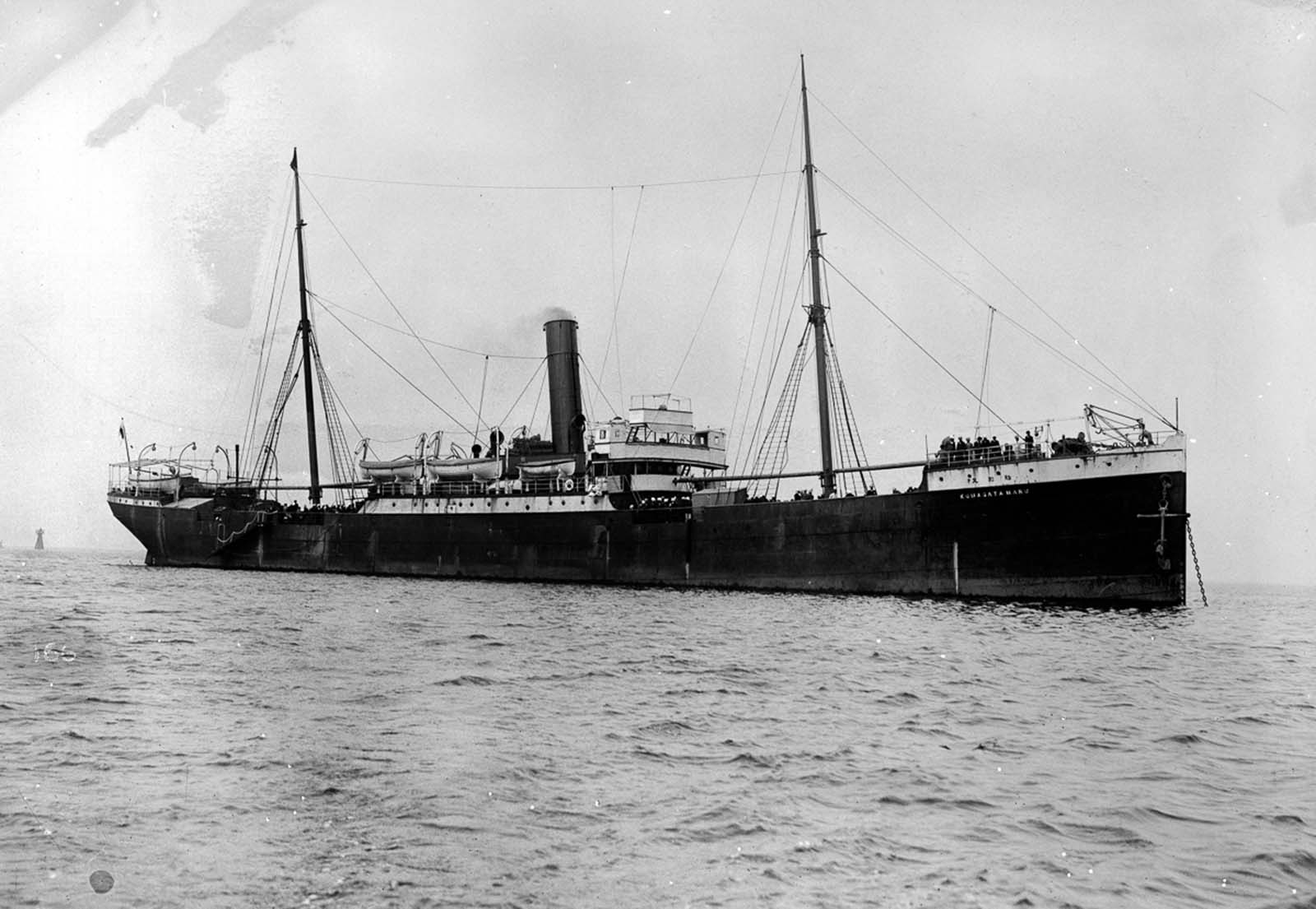 The Komagata Maru anchored off Vancouver.

As members of the British Empire, Indians had the right to travel to and live in any country of the Empire, including Canada. The Canadian government, however, was interested in attracting only white European immigrants. To keep Indians out of Canada, the government passed two orders-in-council in 1908.

One of them required that Indian immigrants begin their journey in India and come directly to Canada; however, at the same time, the government discouraged all shipping companies from providing direct passage from India to Canada.

The other law required that each immigrant possess $200. This was a huge amount of money and excluded manu potential immigrants. These two orders-in-council effectively stopped Indian immigration. They also meant that Indian immigrants who were already in Canada were not able to bring their wives and children to this country. Despite pleas to the government in Ottawa about the great hardship and suffering caused to these families, the laws were not changed.

Gurdit Singh, an Indian businessman, decided to challenge the Canadian laws. He chartered a ship in 1914 and sailed from Hong Kong to Vancouver with 375 fellow Indians.

In the end, the government brought in a navy gunboat to force the Komagata Maru to leave Canada. When the passengers arrived back in India, they were met by British police, who tried to send them directly to the Punjab region of India. A riot broke out, and twenty passengers were killed, many injured, and hundreds were arrested. 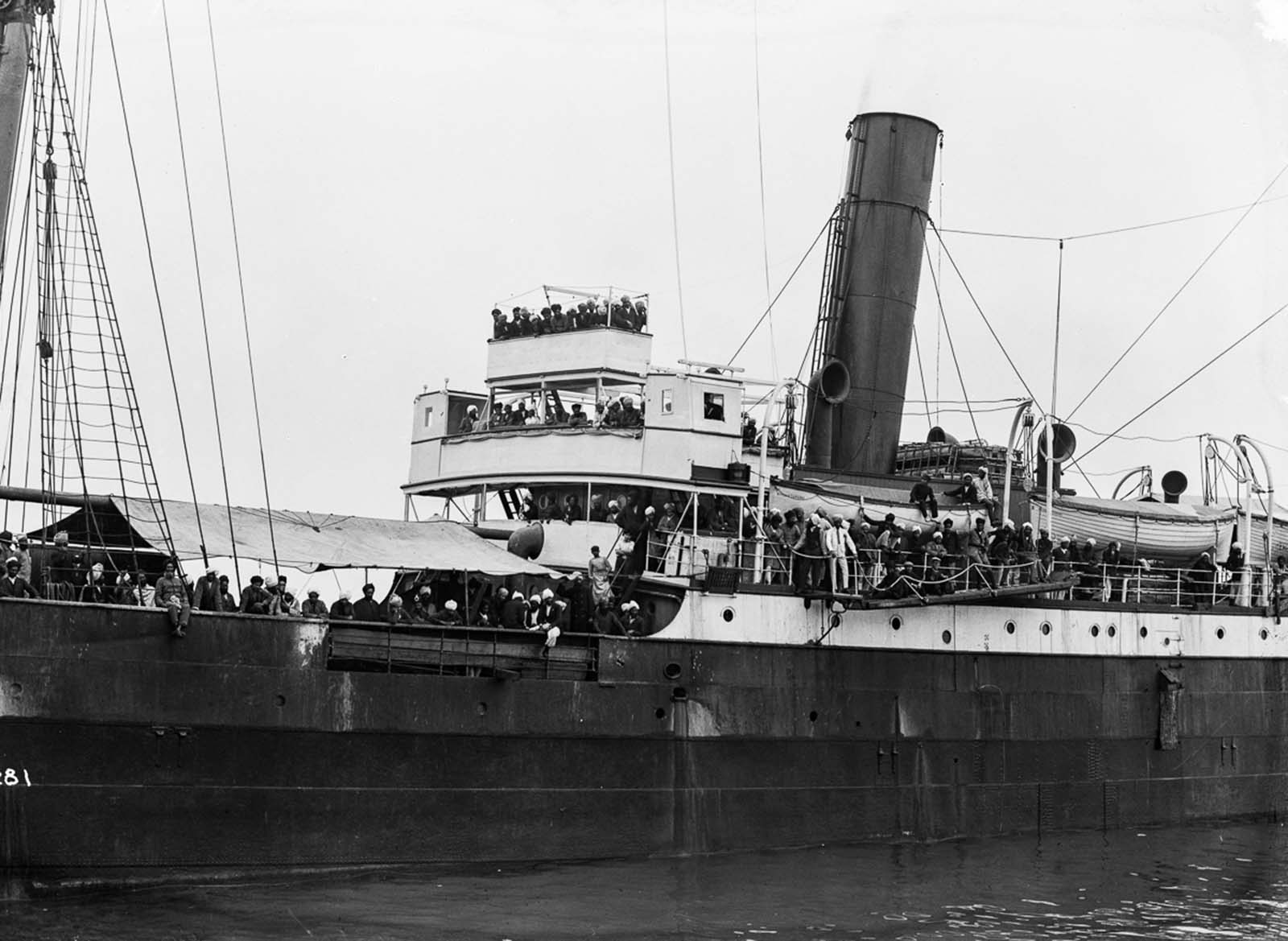 Canada’s racist immigration policies and discriminatory treatment of Indian immigrants led some immigrants to form groups to fight for their rights. There was a sense that the biggest problem they faced was the British rule in India. The movement for Indian independence became stronger and was taken up by Indians living all over the world. In 1947, India achieved independence from Britain.

That same year, Canada granted Indo-Canadaians the right to vote. In 1967, Canada made sweeping changes to its immigration policy and a new wave of Indian immigrants came to Canada.

In 1952 the Indian government set up a memorial to the Komagata Maru martyrs near the Budge Budge. It was inaugurated by Indian Prime Minister Jawaharlal Nehru. The monument is locally known as the Punjabi Monument and is modelled as a kirpan (dagger) rising up toward the sky.

On May 23, 2008, the Legislative Assembly of British Columbia unanimously passed a resolution “that this Legislature apologizes for the events of May 23, 1914, when 376 passengers of the Komagata Maru, stationed off Vancouver harbour, were denied entry by Canada. The House deeply regrets that the passengers, who sought refuge in our country and our province, were turned away without benefit of the fair and impartial treatment befitting a society where people of all cultures are welcomed and accepted.” 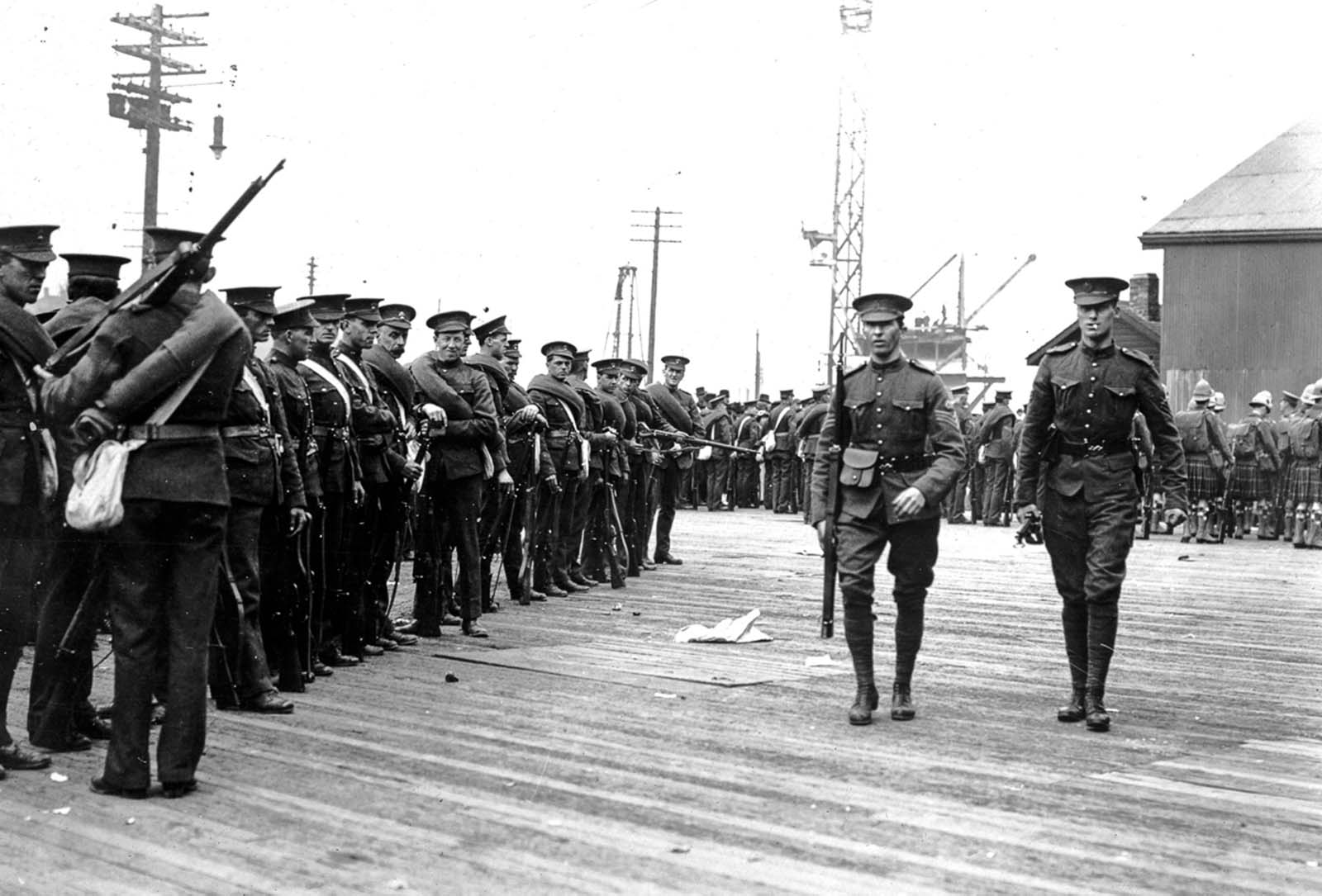 The Canadian military assembles on a Vancouver pier. 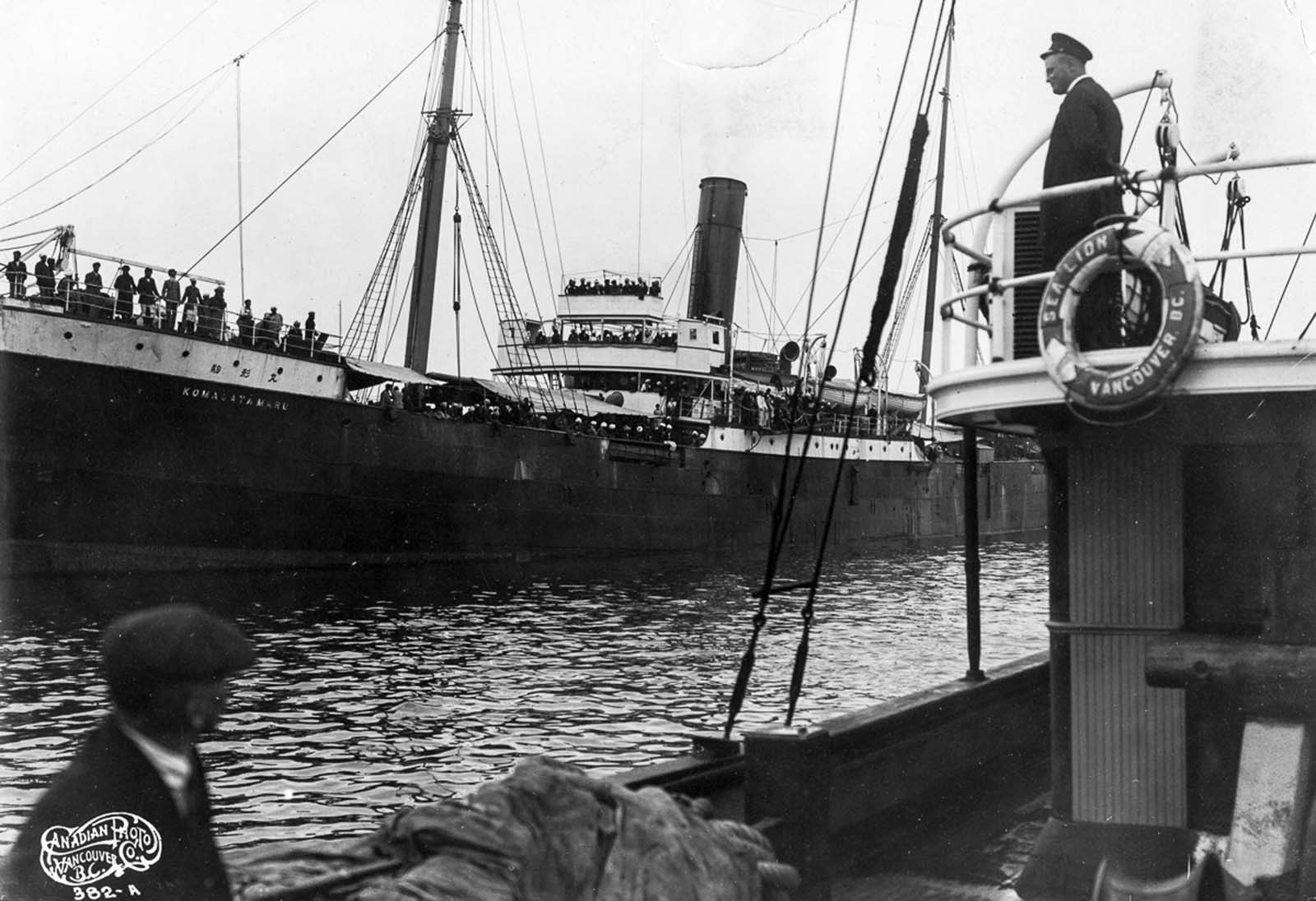 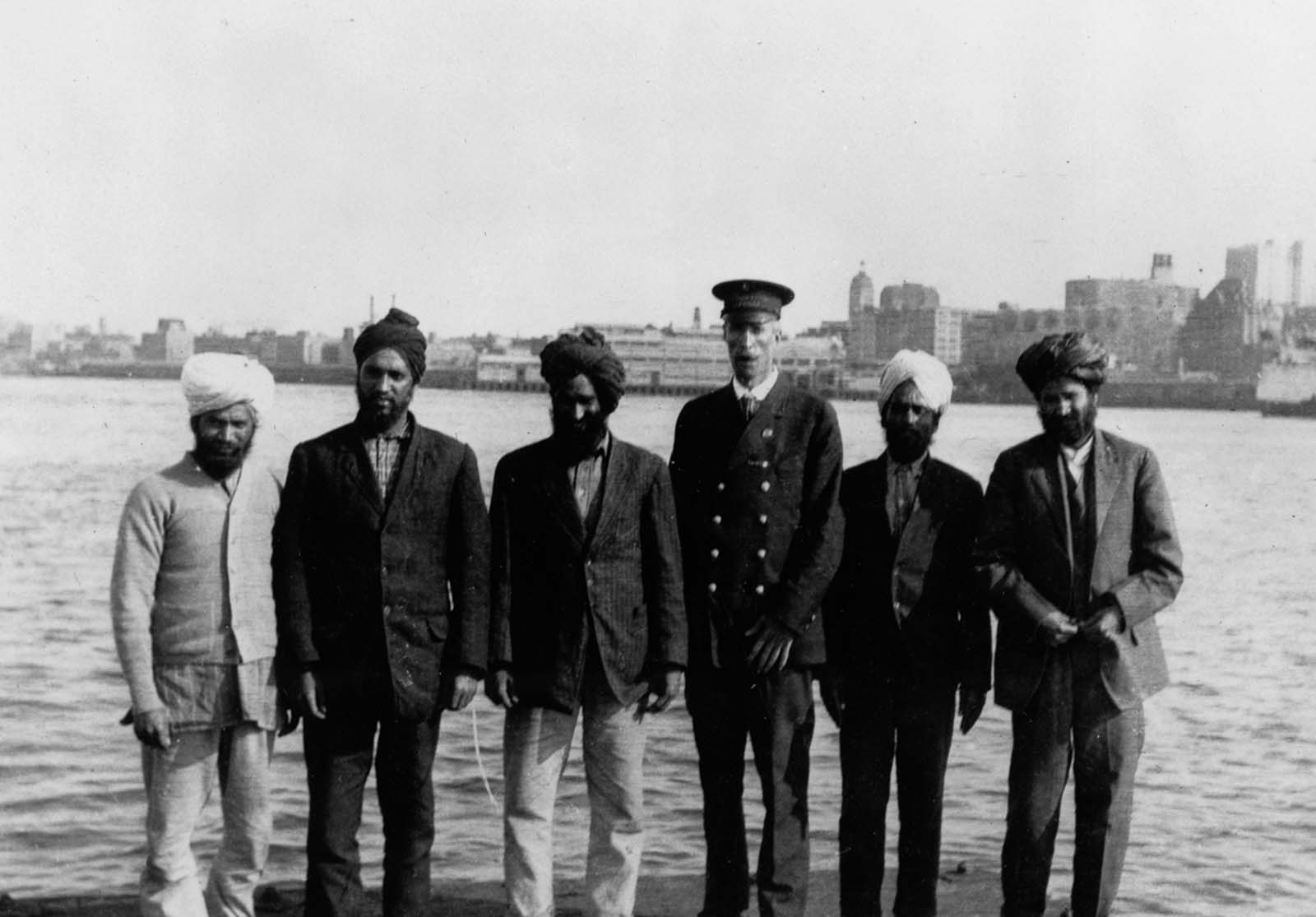 Sikh men meet with a Canadian immigration official during the standoff. 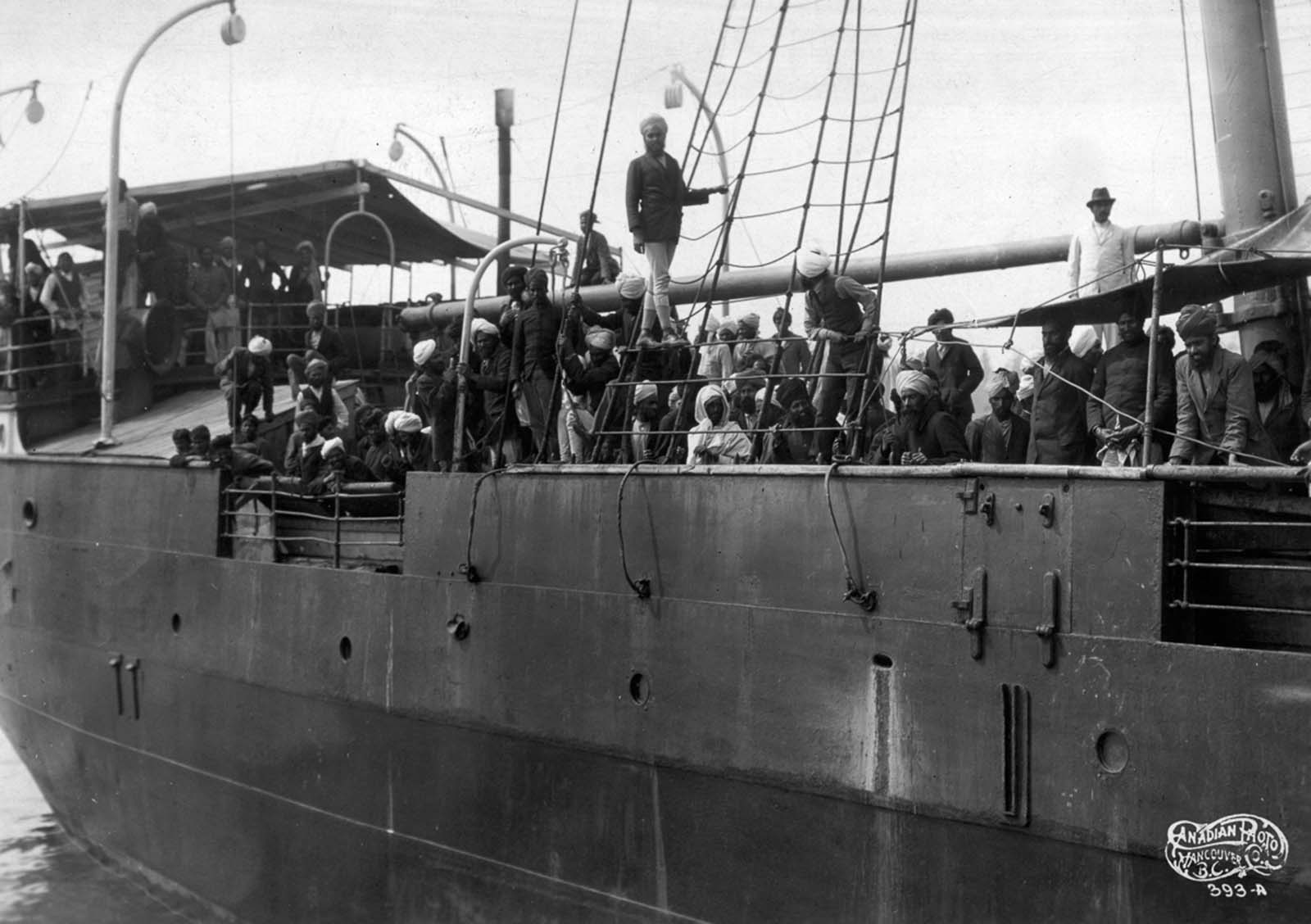 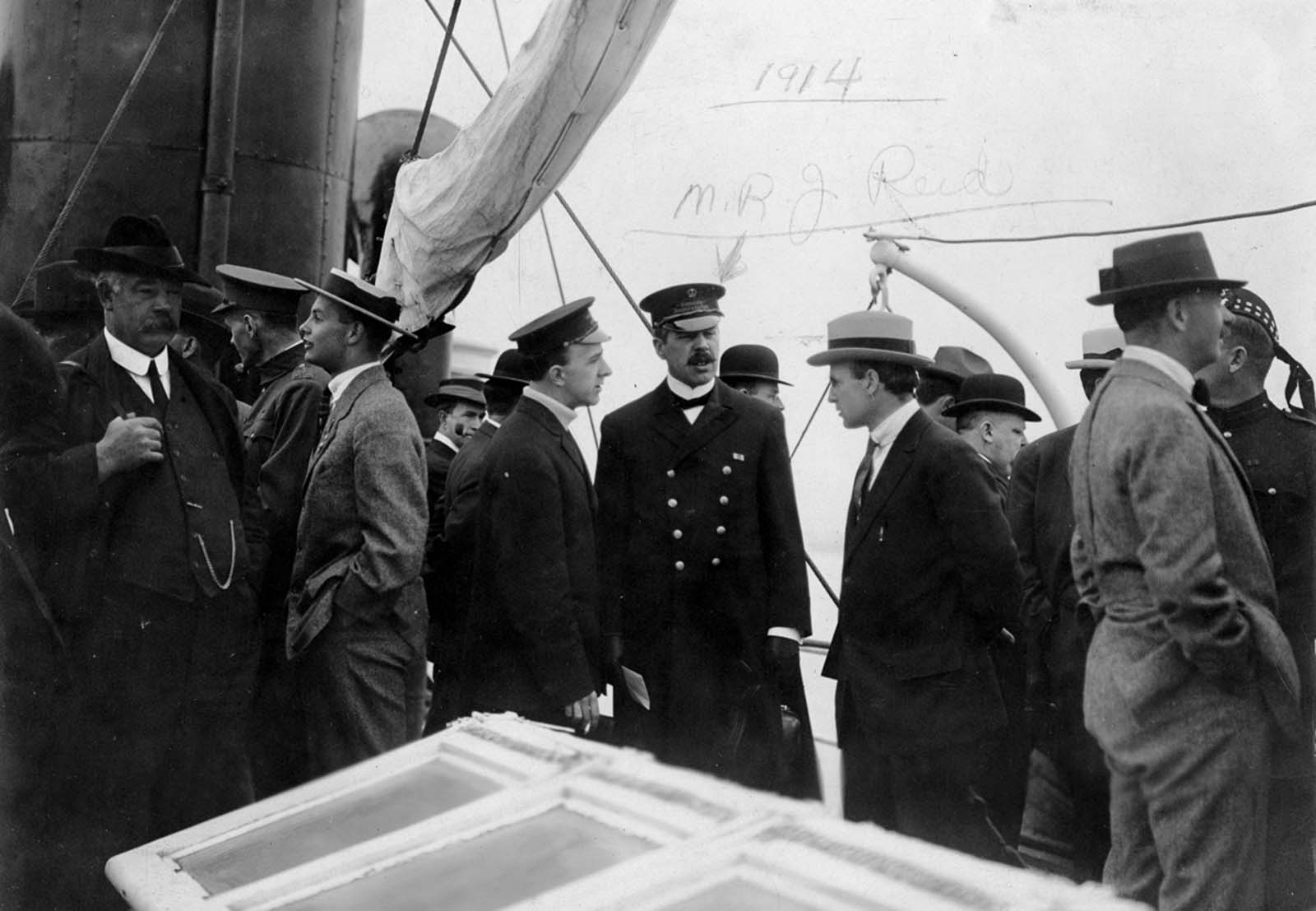 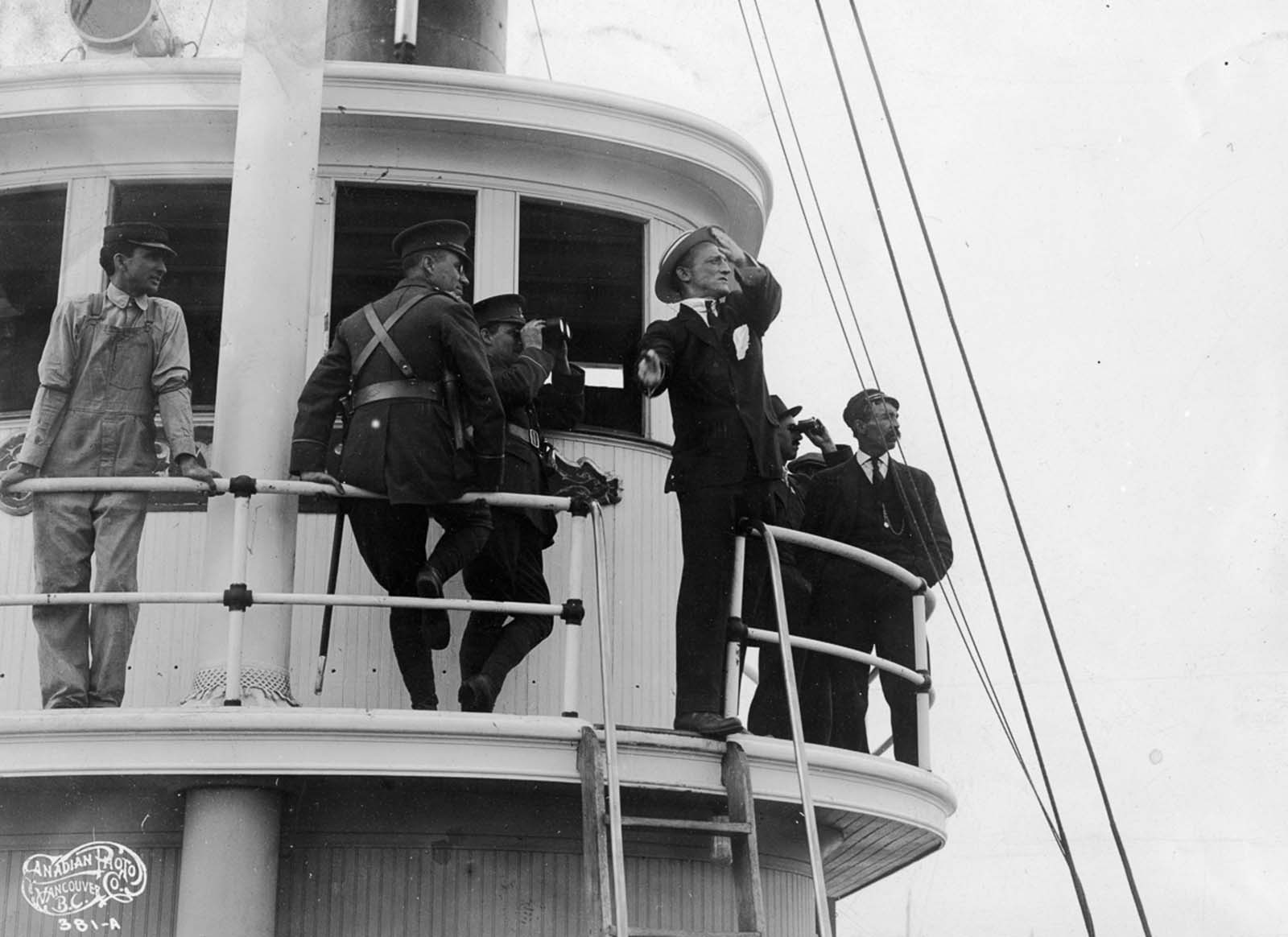 A man sends semaphore signals from the Sea Lion tug. 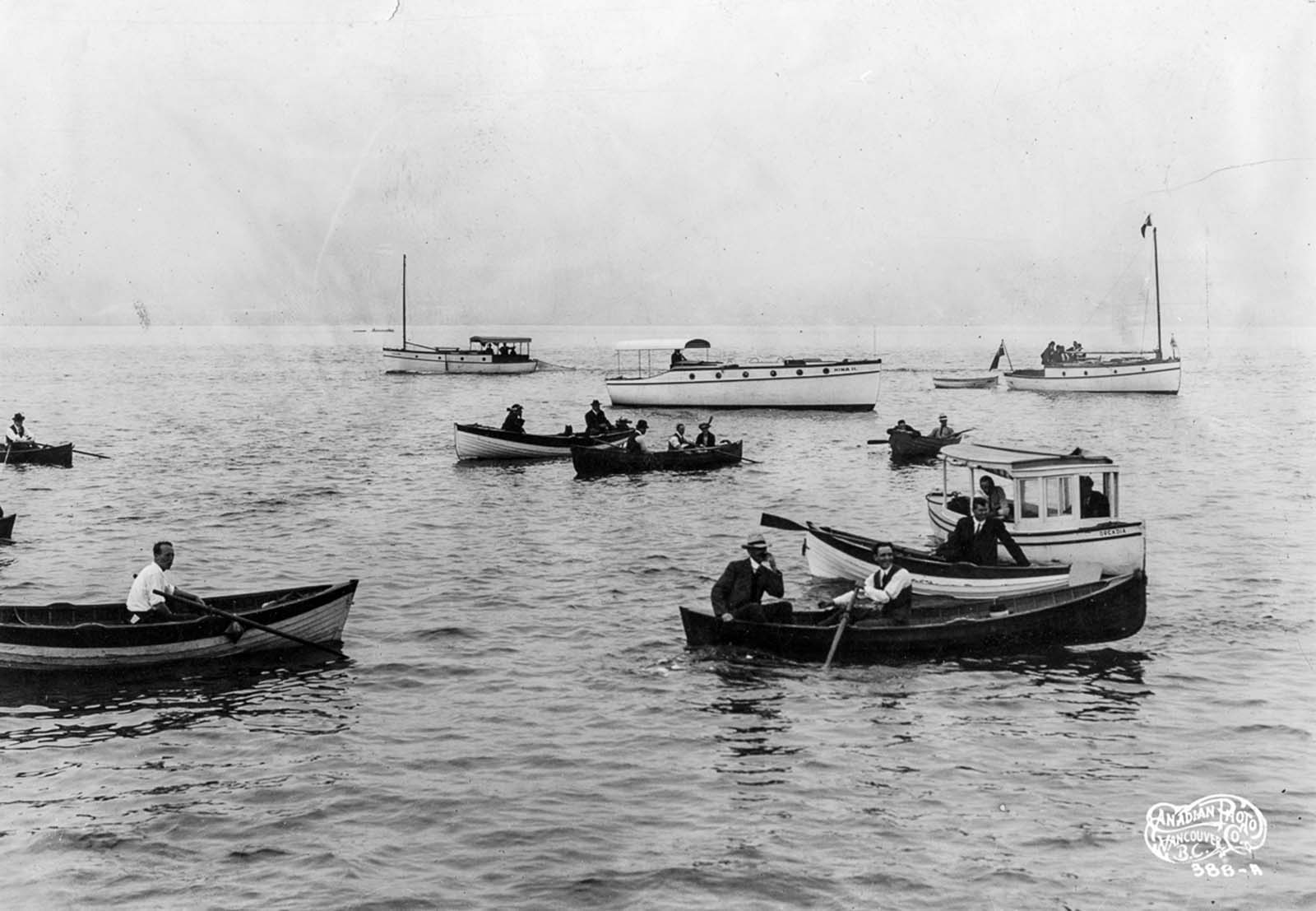 Spectators in small boats crowd the water around the Komagata Maru. 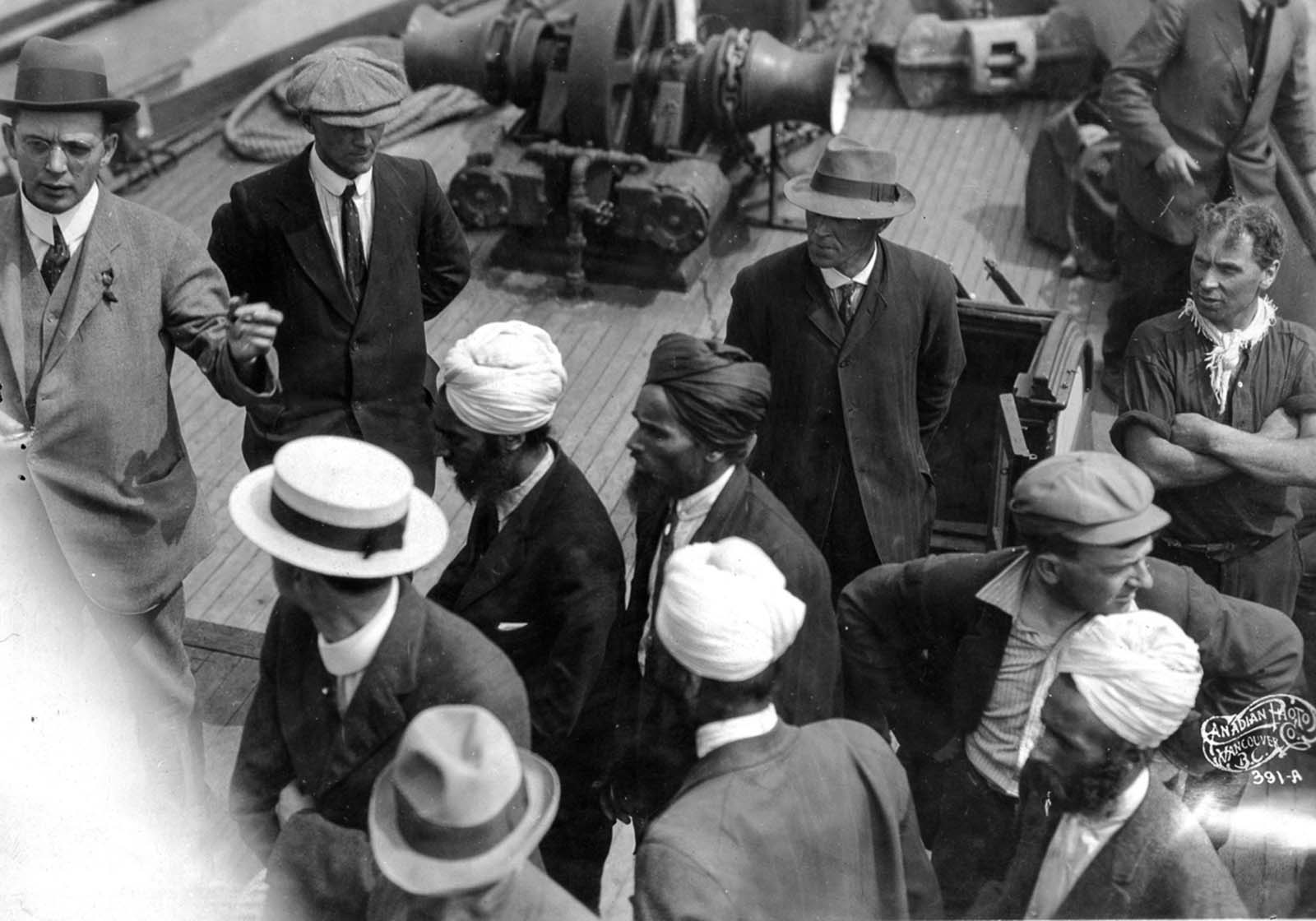 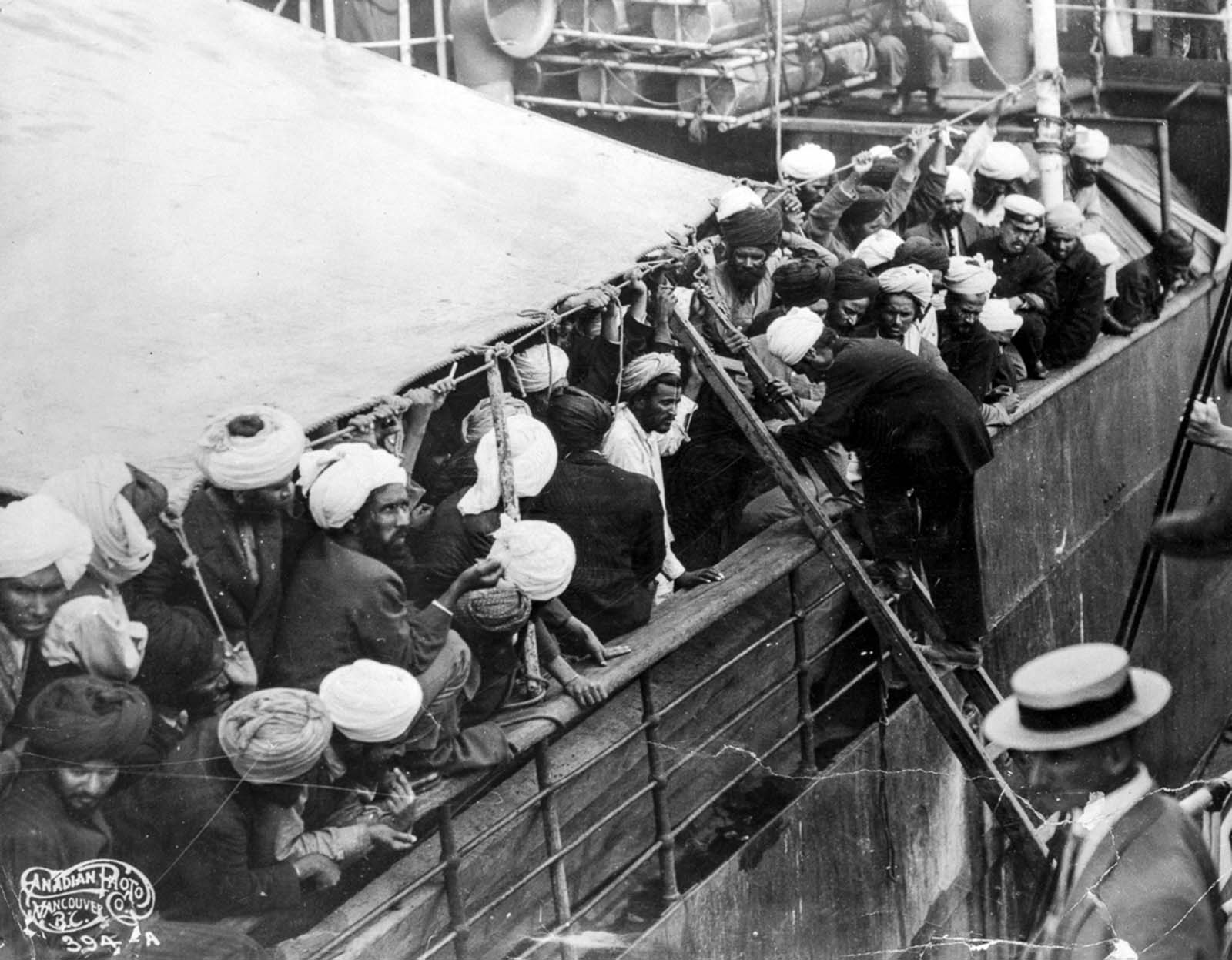 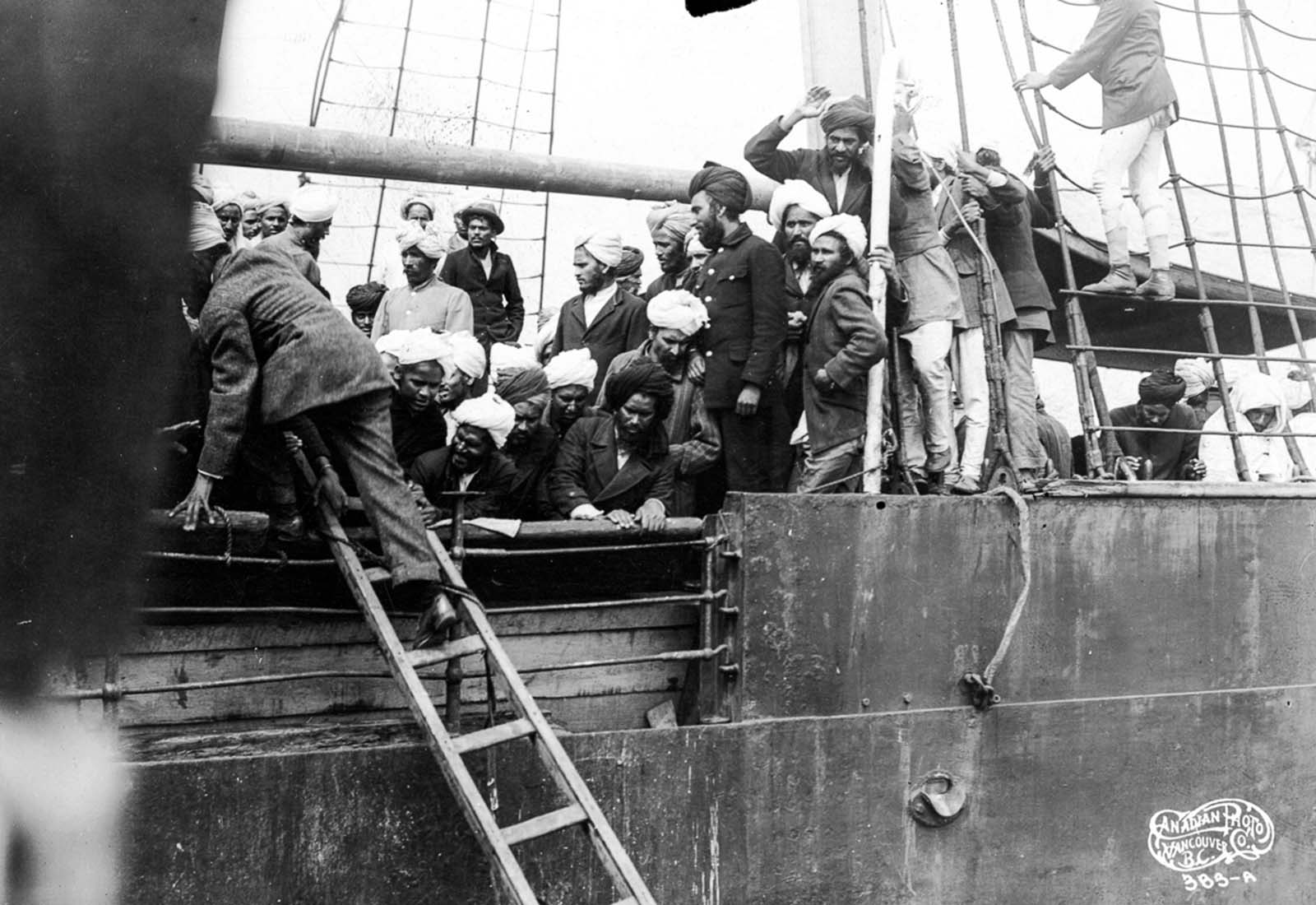 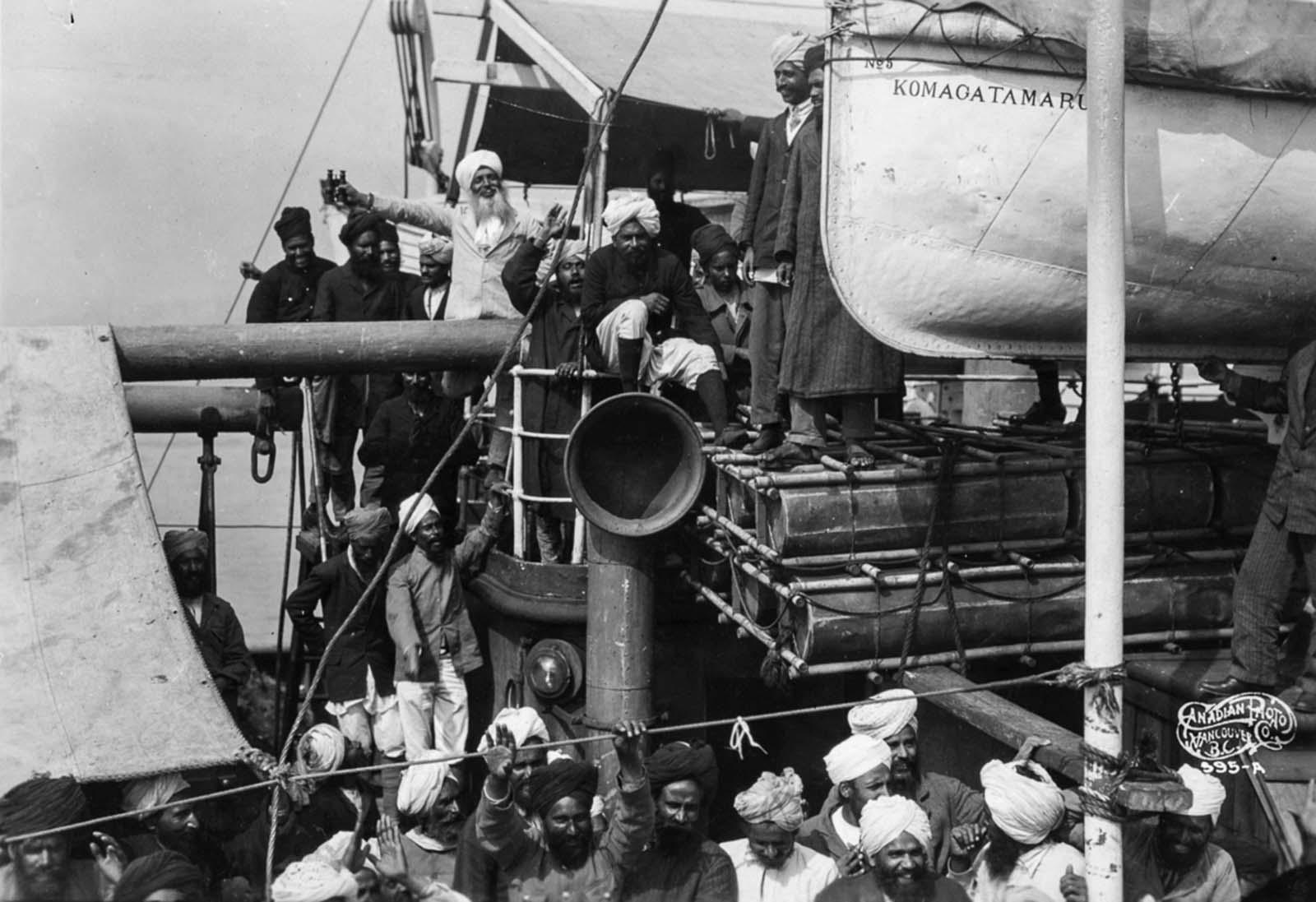 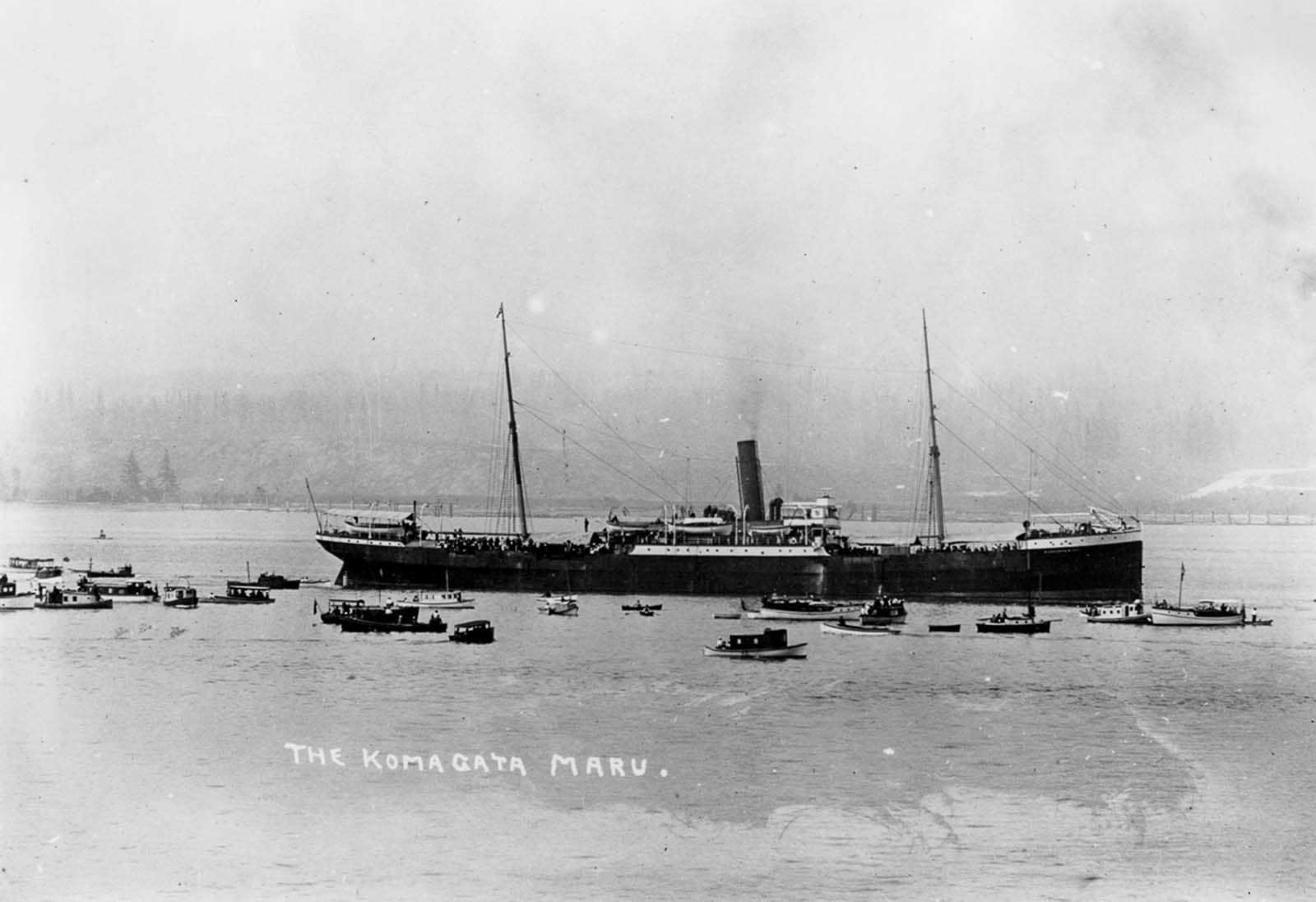 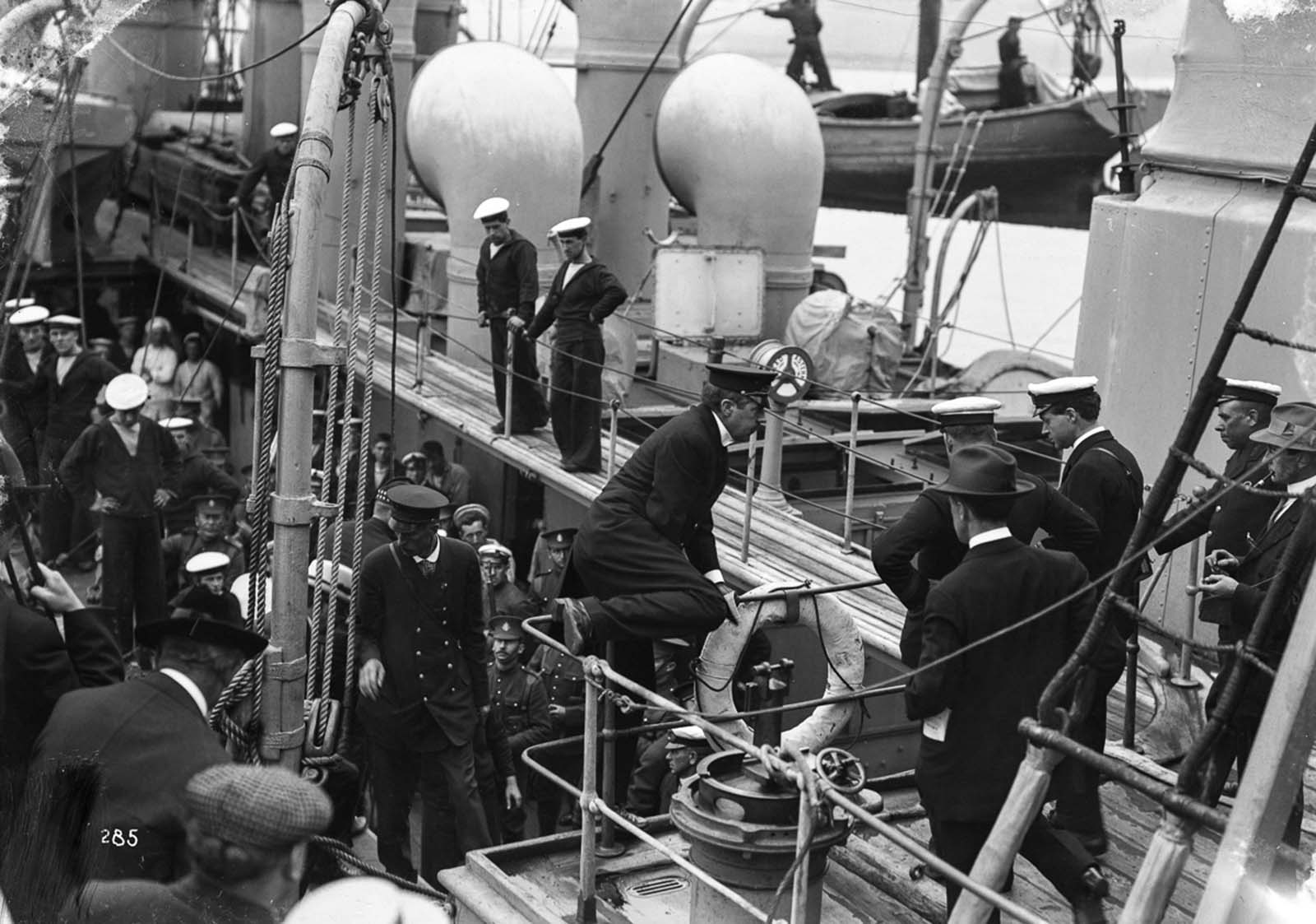 Immigration officials board the H.M.C.S. Rainbow. 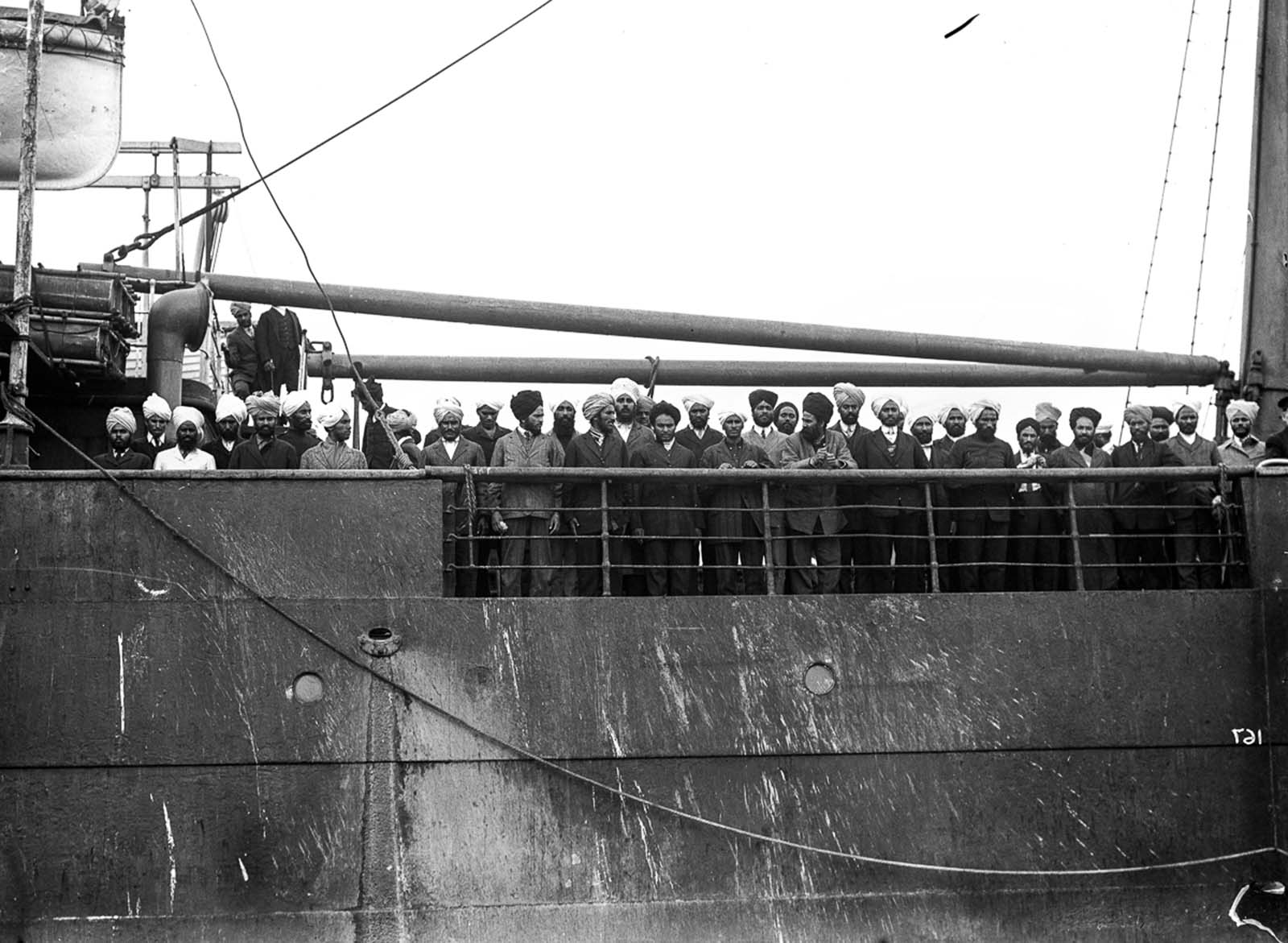 Passengers wait on the Komagata Maru off the shores of Vancouver. 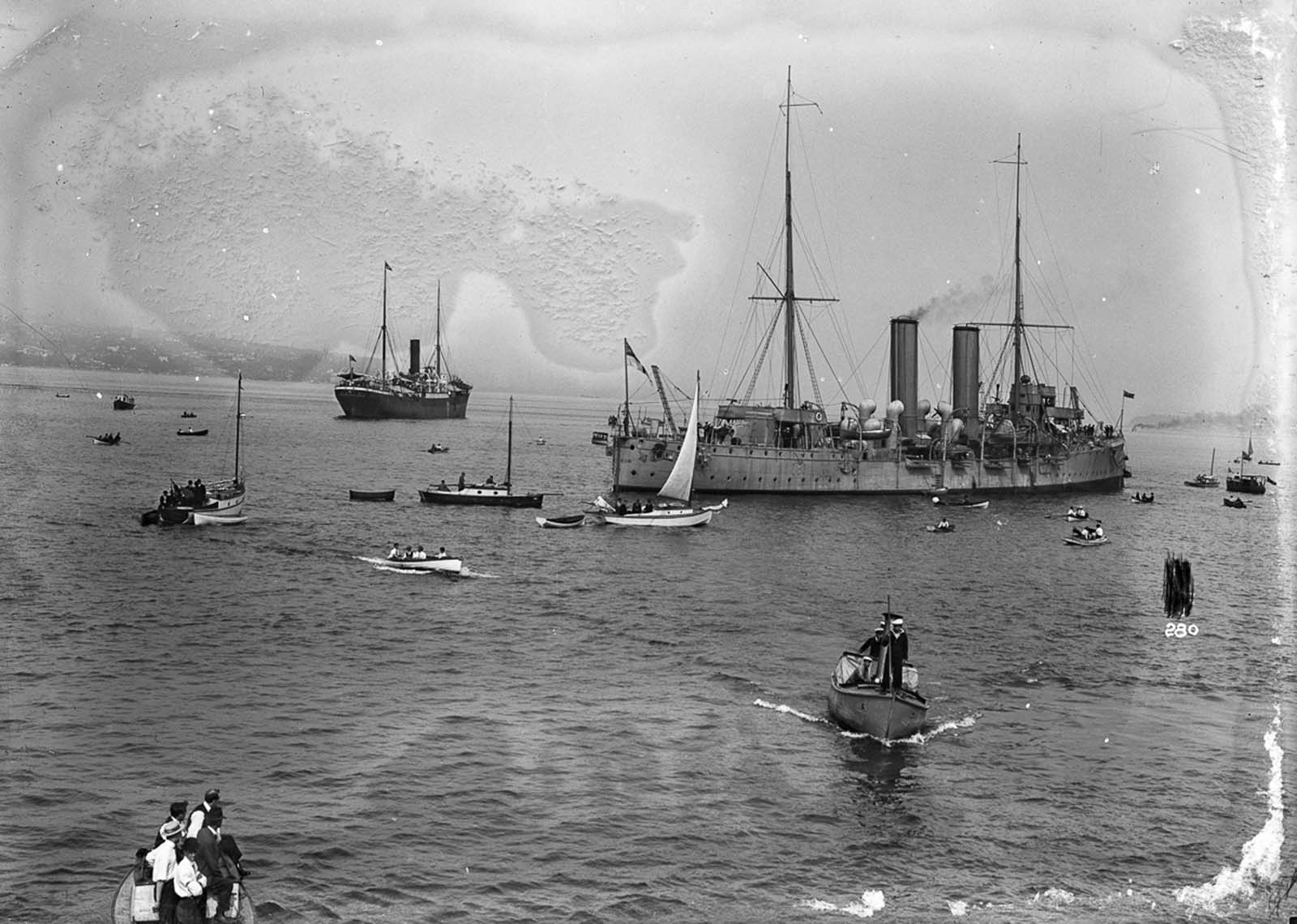 Spectators swarm around the H.C.M.S. Rainbow with the Komagata Maru in the background. 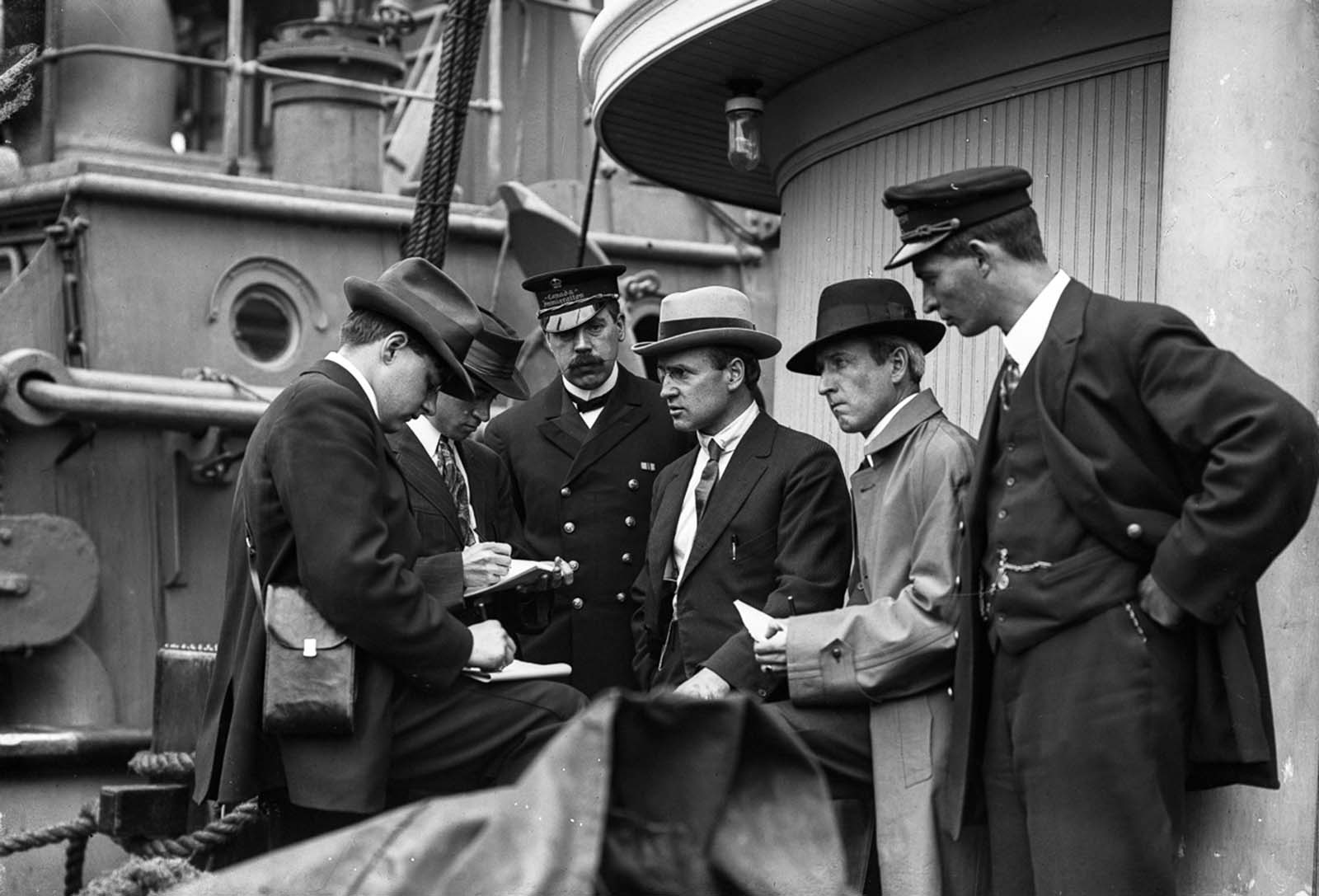 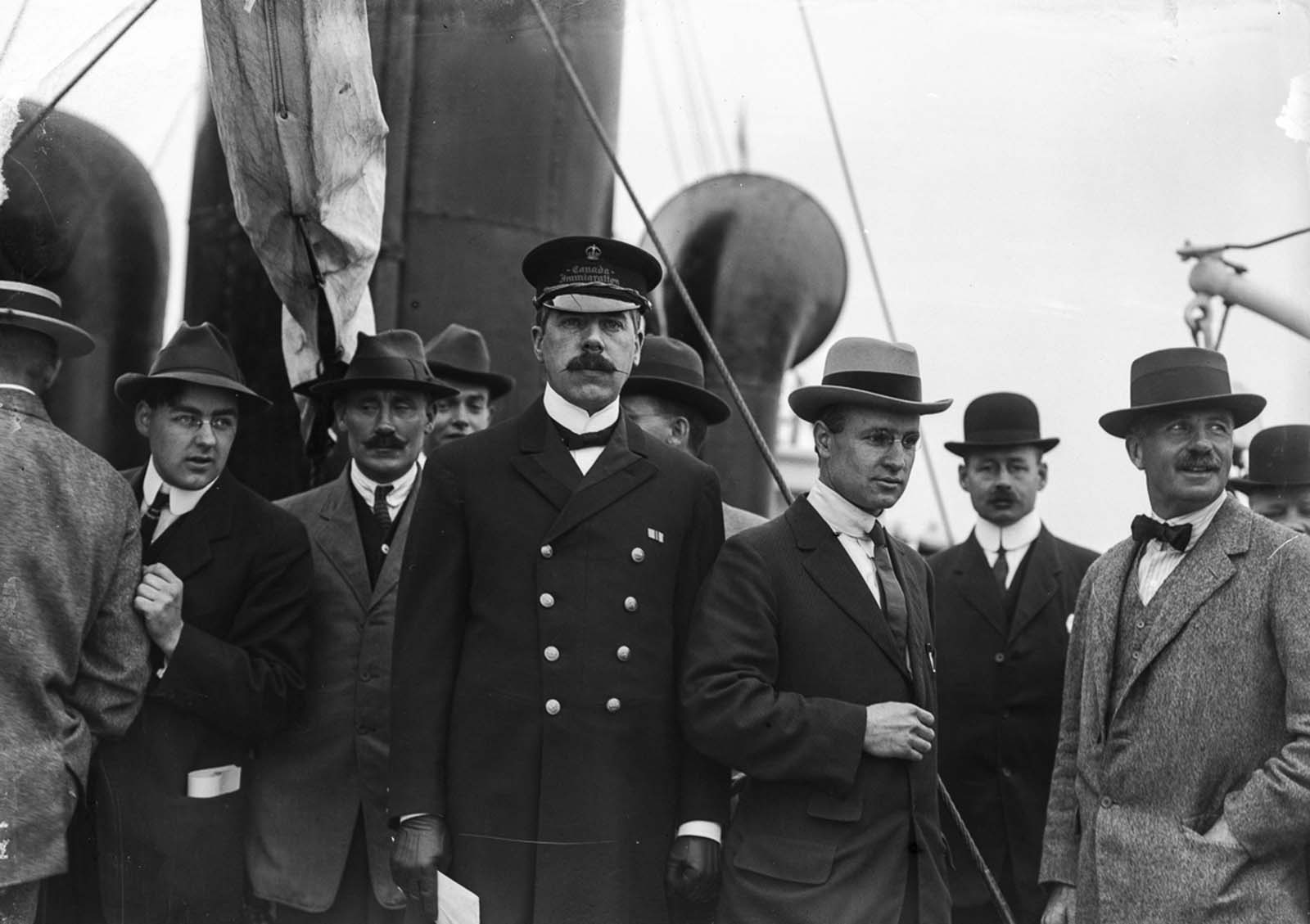 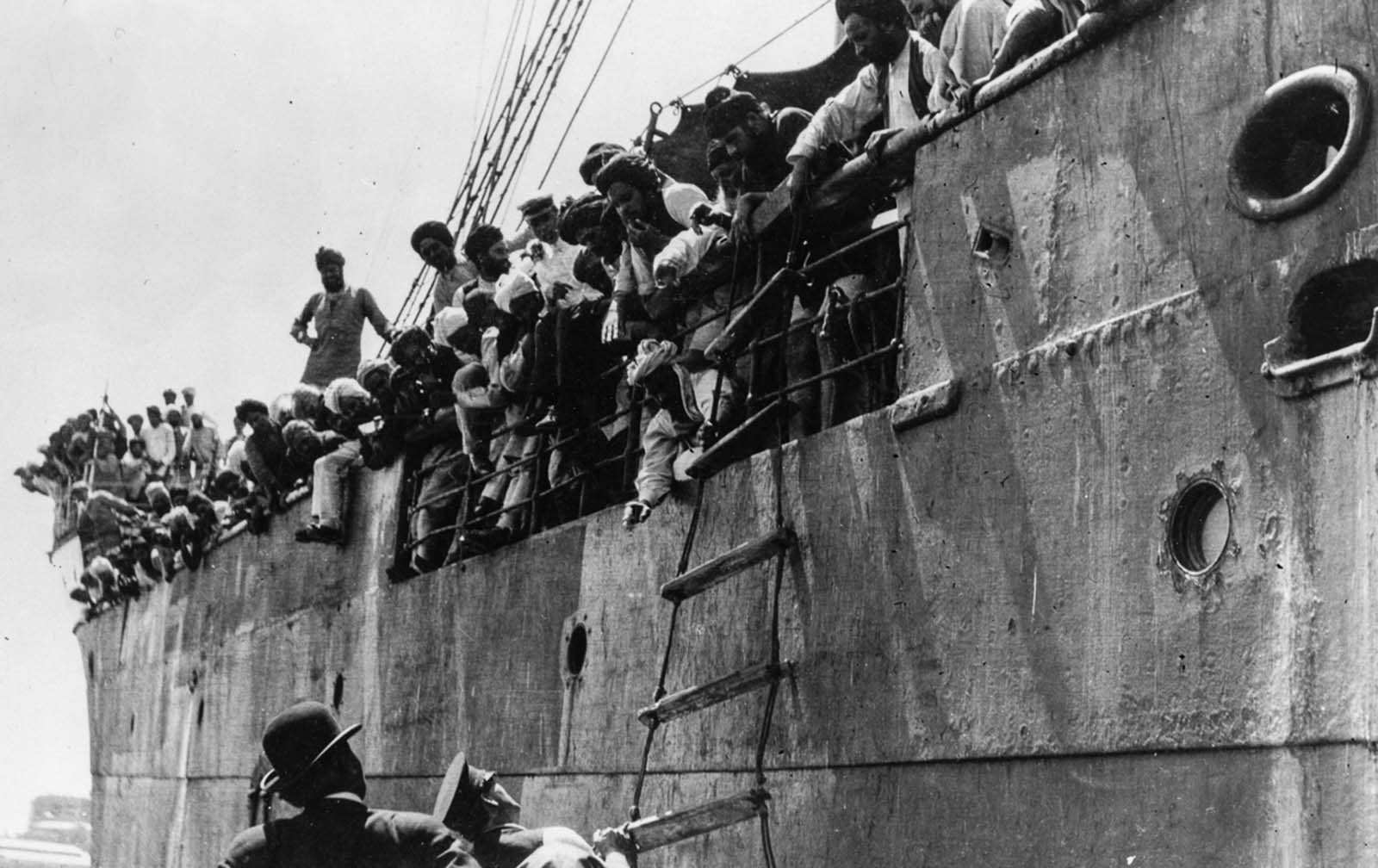 Passengers reach out as immigration officials board the Komagata Maru. 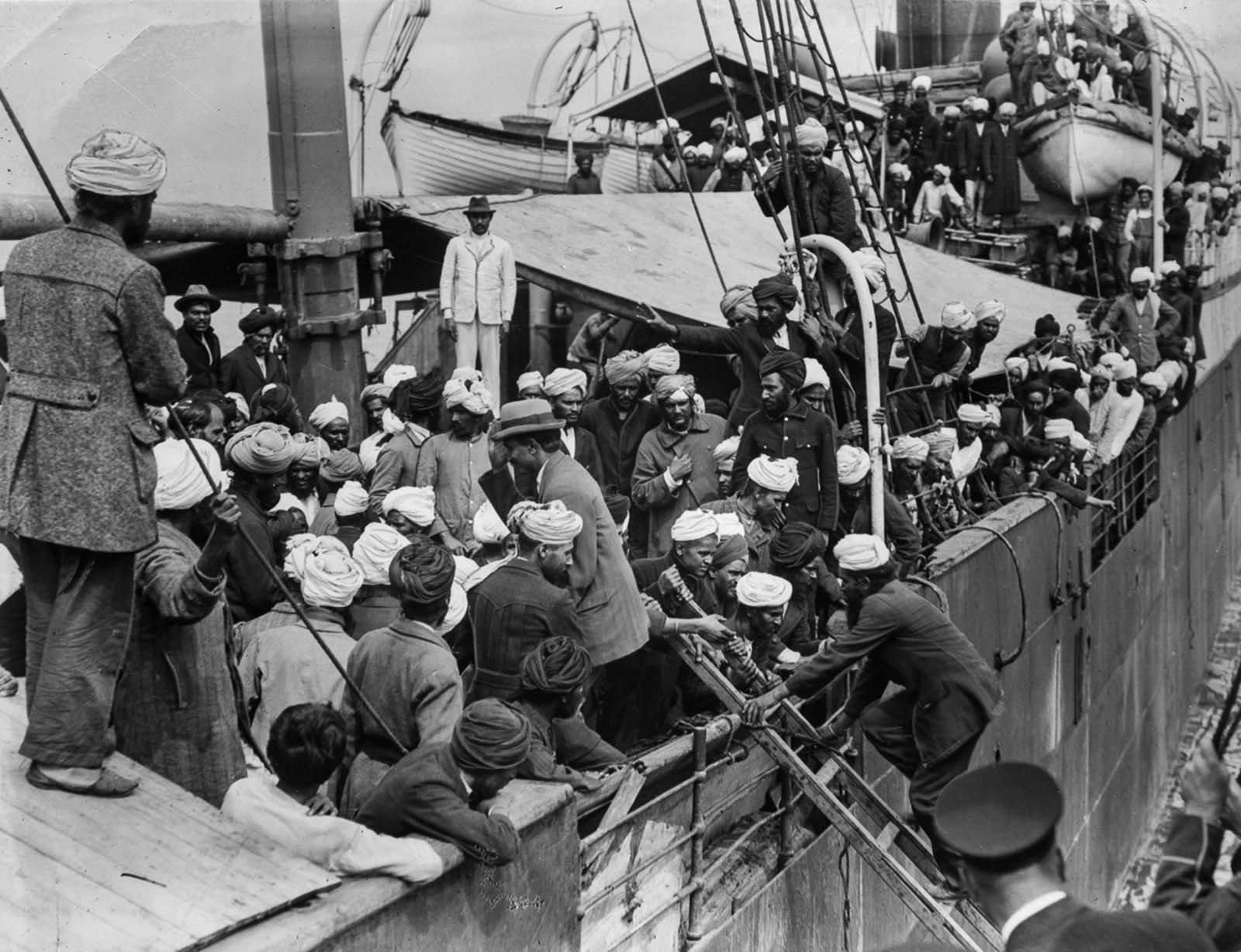 Passengers crowd the deck as officials and journalists board. 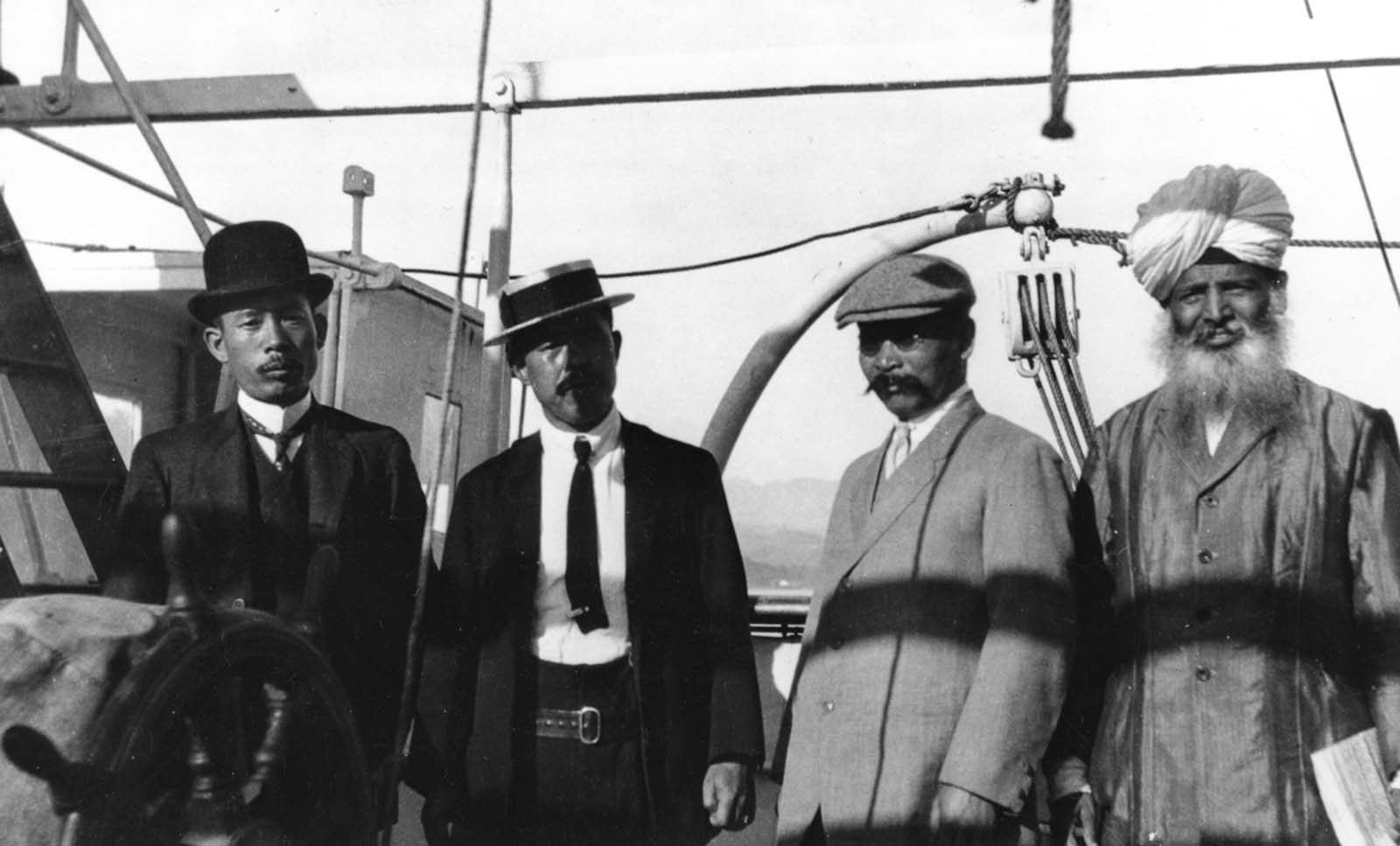 Japanese and Sikh men aboard the Komagata Maru. 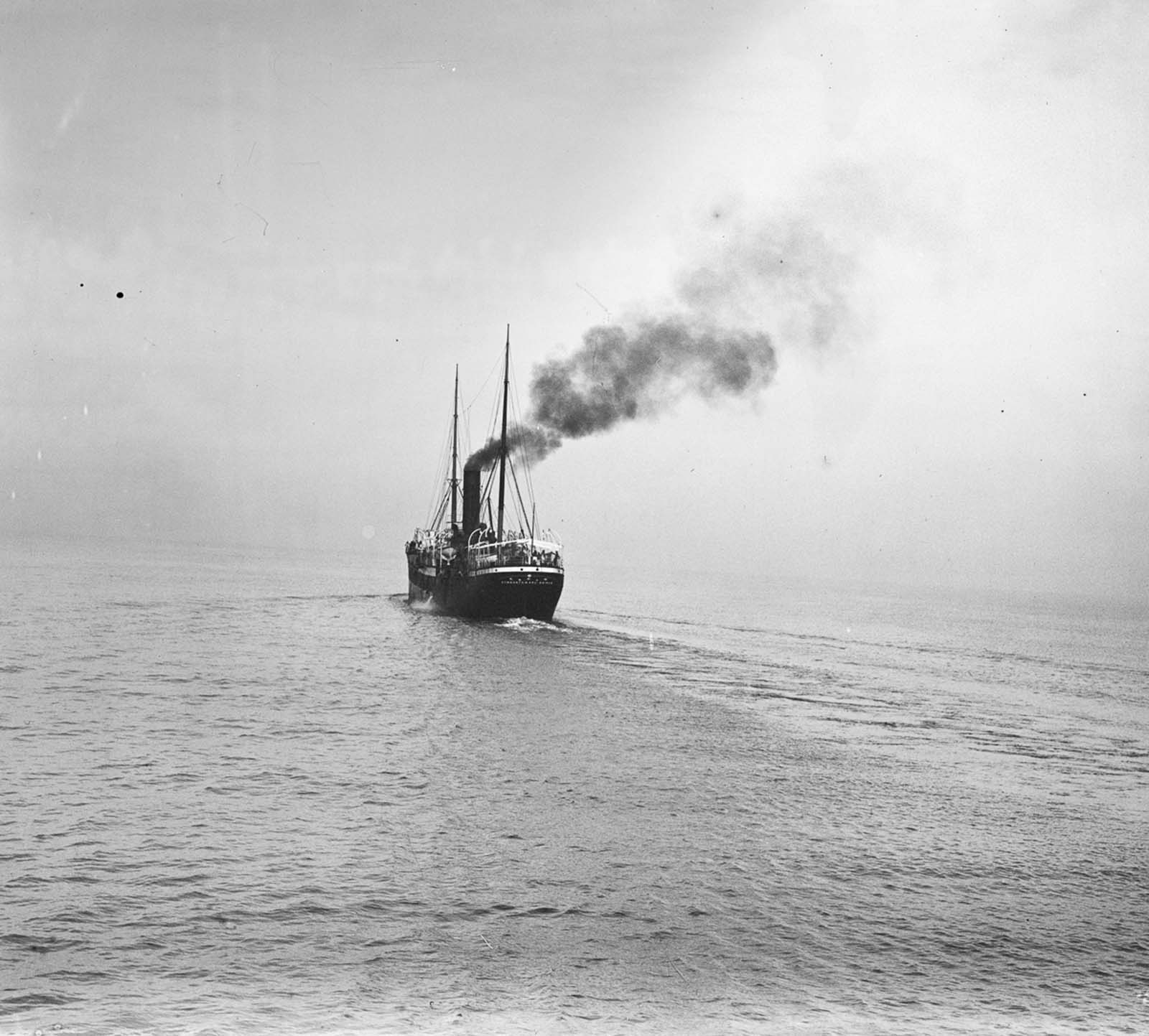 The Komagata Maru heads to sea on its long journey back to India.