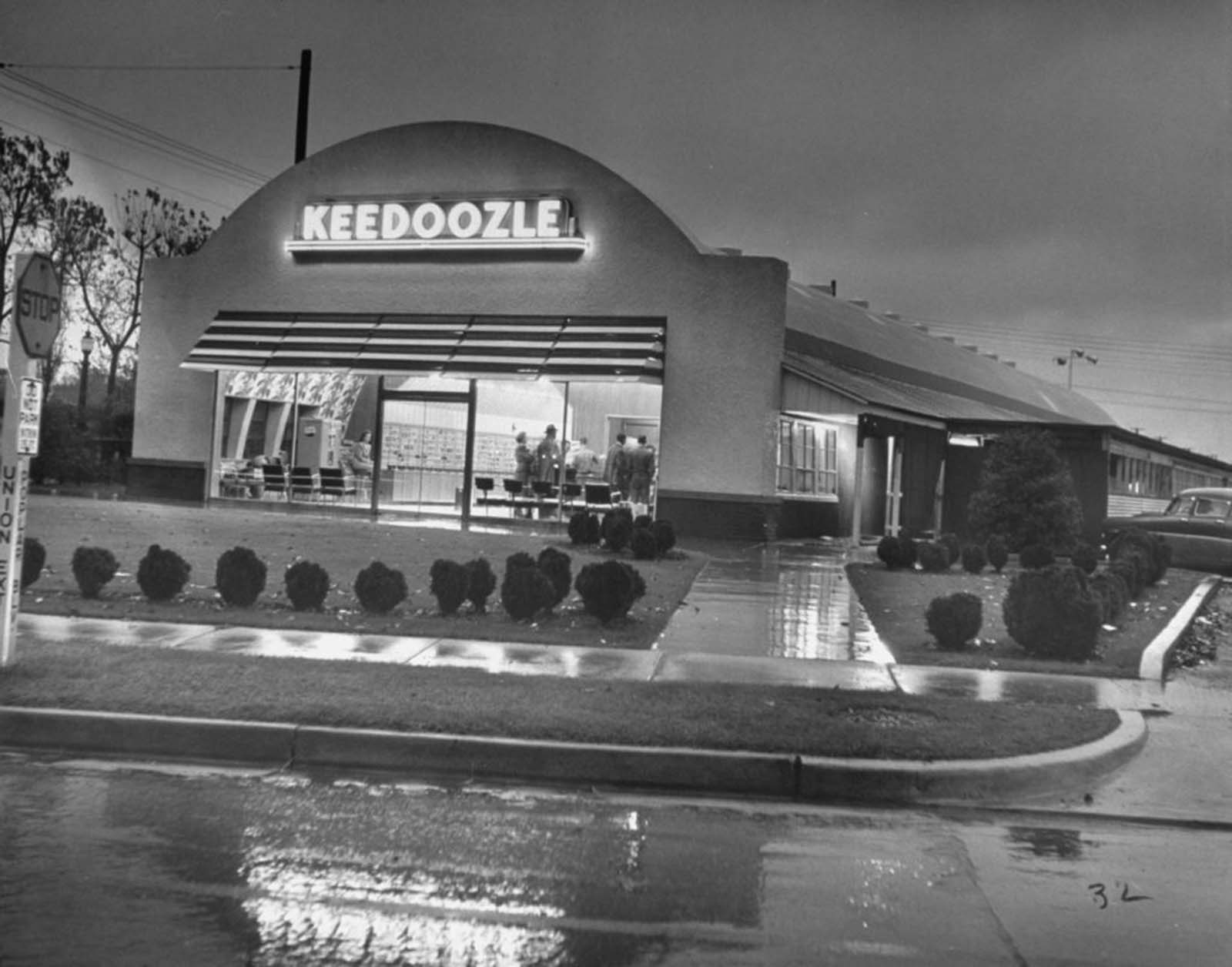 The Keedoozle store in Memphis.

Keedoozle was the first fully automated grocery store in the United States; a most futuristic shopping experience that the world just wasn’t ready for.

The story begins with Clarence Saunders who revolutionized grocery shopping, in a way that defines the modern shopping experience. Saunders founded his company Piggly Wiggly in 1916 at a time when customers still handed their grocery lists to clerks awaiting their business from behind a counter.

Clerks gathered all the items; customers didn’t roam the store. You didn’t touch your groceries until you had paid. Saunders flipped the script, as they say. He designed his stores with aisles of goods, allowing customers to journey through the store and pick up foodstuffs at their leisure.

The approach saved on overhead costs and allowed Saunders to cut prices—ever the goal of grocers. He patented this “self-serving store” concept in 1917. Selecting your own food at the grocery store was a massive paradigm shift. Piggly Wiggly’s business thrived into the early 1930s with its innovative model.

Decades later, Saunders had another idea—one that actually took shoppers back out of the aisle but retained the browsing element. The change here was that the clerks were replaced by technology.

He called his system the Keedoozle. It’s a name which, if pronounced with the proper lilt, explains the idea: “Key does all”, that’s because each customer received a key to use while shopping. 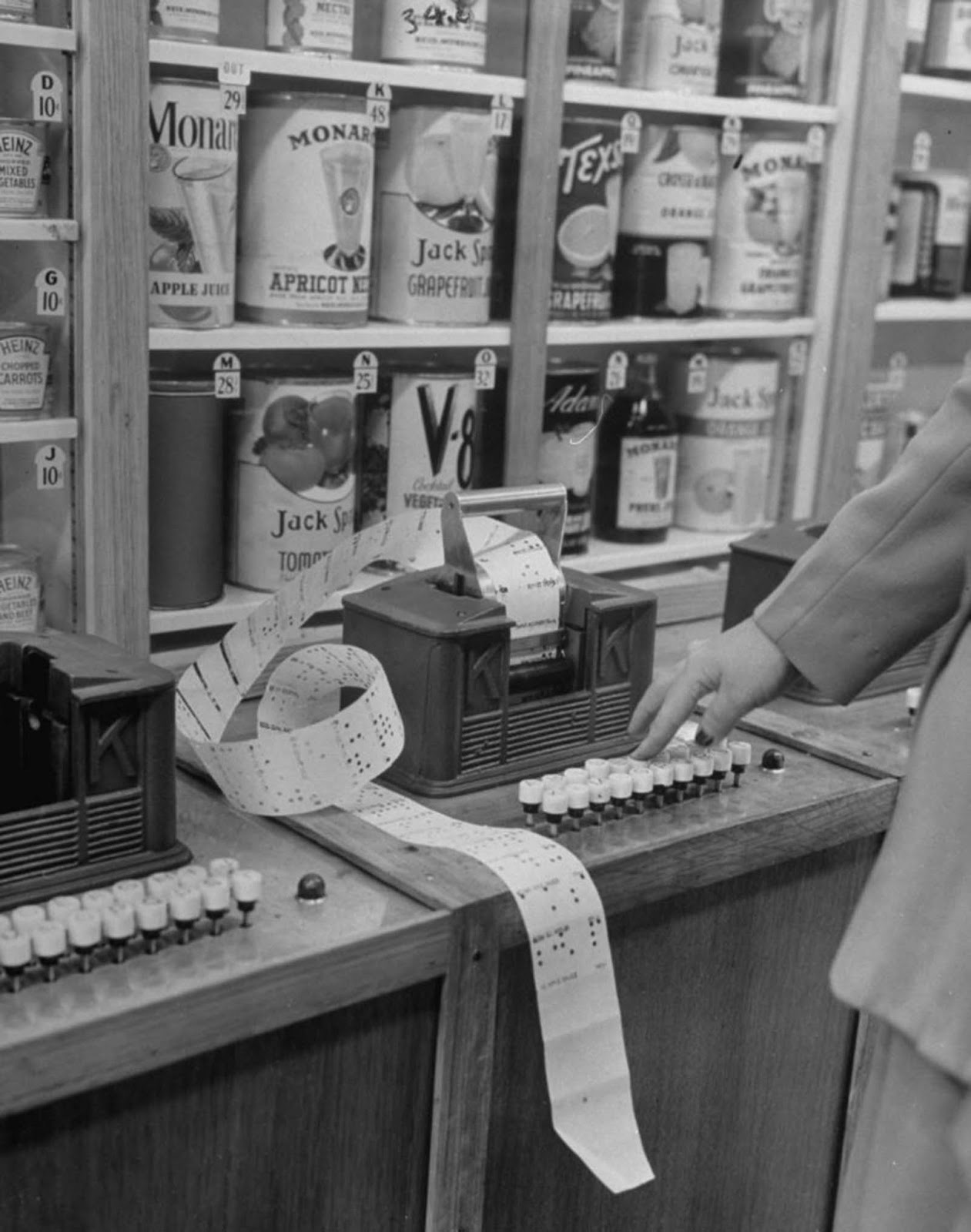 The process began when shoppers punched the “key” for each item into their card.

Saunders’ Keedoozle was a prototype for a store for automatic dispensing of groceries and registering the total cost at the pick up counter. Sample merchandise was displayed behind rows of little display cabinets of glass boxes.

Shoppers selected their merchandise with a key given to them initially. Customers then put the key in labeled keyholes at the merchandise display and selected the quantity.

Electric circuits caused perforations to be cut in a ticker tape attached to the face of the customer’s key. The customer then took the punched out tape to the cashier for processing.

The cashier would insert the tape into a reading mechanism that would electronically read it. That set off electrical and electronic circuits which started the goods sliding down conveyor belts and did the cost tallying in the process.

The key-activated mechanism was not completely automated, however. Their groceries were hidden behind stockroom walls and refrigeration units.

Stock personnel had put their selected items onto conveyor belts physically that in turn moved to the cashier for check out. A mechanism added up the tally for the customer’s total bill. The shoppers picked up their groceries all wrapped up or boxed accordingly when they paid.

The Keedoozle idea was too complicated, which led to its demise. Contemporary technology was unable to handle the concept. Circuits got mixed up easily and shoppers got the wrong merchandise. 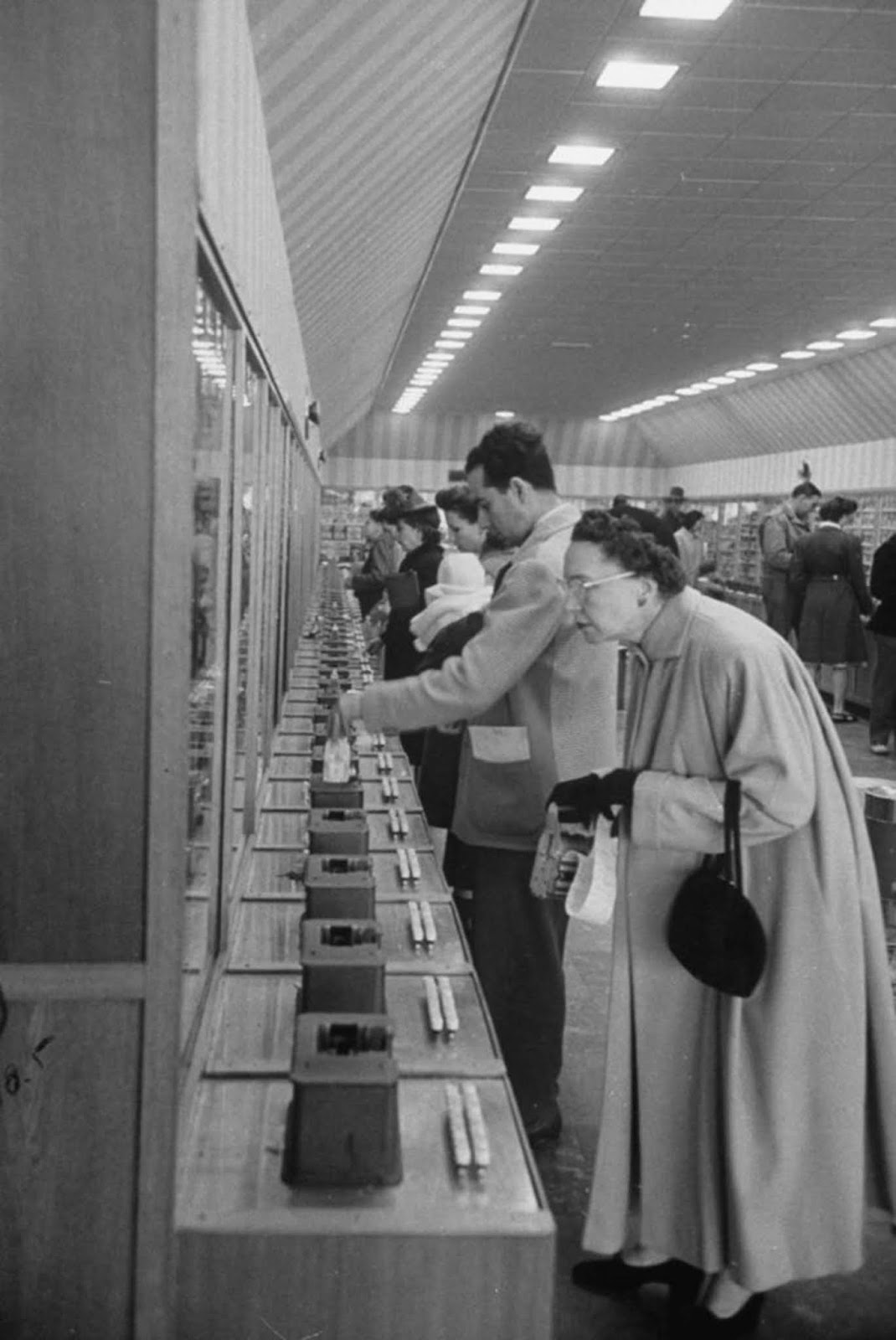 A shopper, key card in hand, searches for her items.

The conveyor belt system was not capable of handling such a high traffic load, especially at peak times. Another reason given for these failures was that it was too far ahead of the buying habits of the public. One quote from journal Automation in Marketing said that it was just too much for the average mind to grasp; too far in advance of the public thinking.

This first store closed after a few months because the mechanical technology was not capable of handling the high traffic loads. This store reopened in 1939 in the same location but failed again for the same reason.

The third store built in 1948 was at the corner of Poplar and Union Extended in Memphis. It was open for a little over a year and also failed for the same reason as the first two attempts.

Nowadays the concept has evolved into the self checkout shopping environment. Historians say Saunders’ concept was fifty years ahead of its time. Some say the concept could likely return. Automation in Marketing said that “the technology exists, and the mood in America is ripe for this concept.” 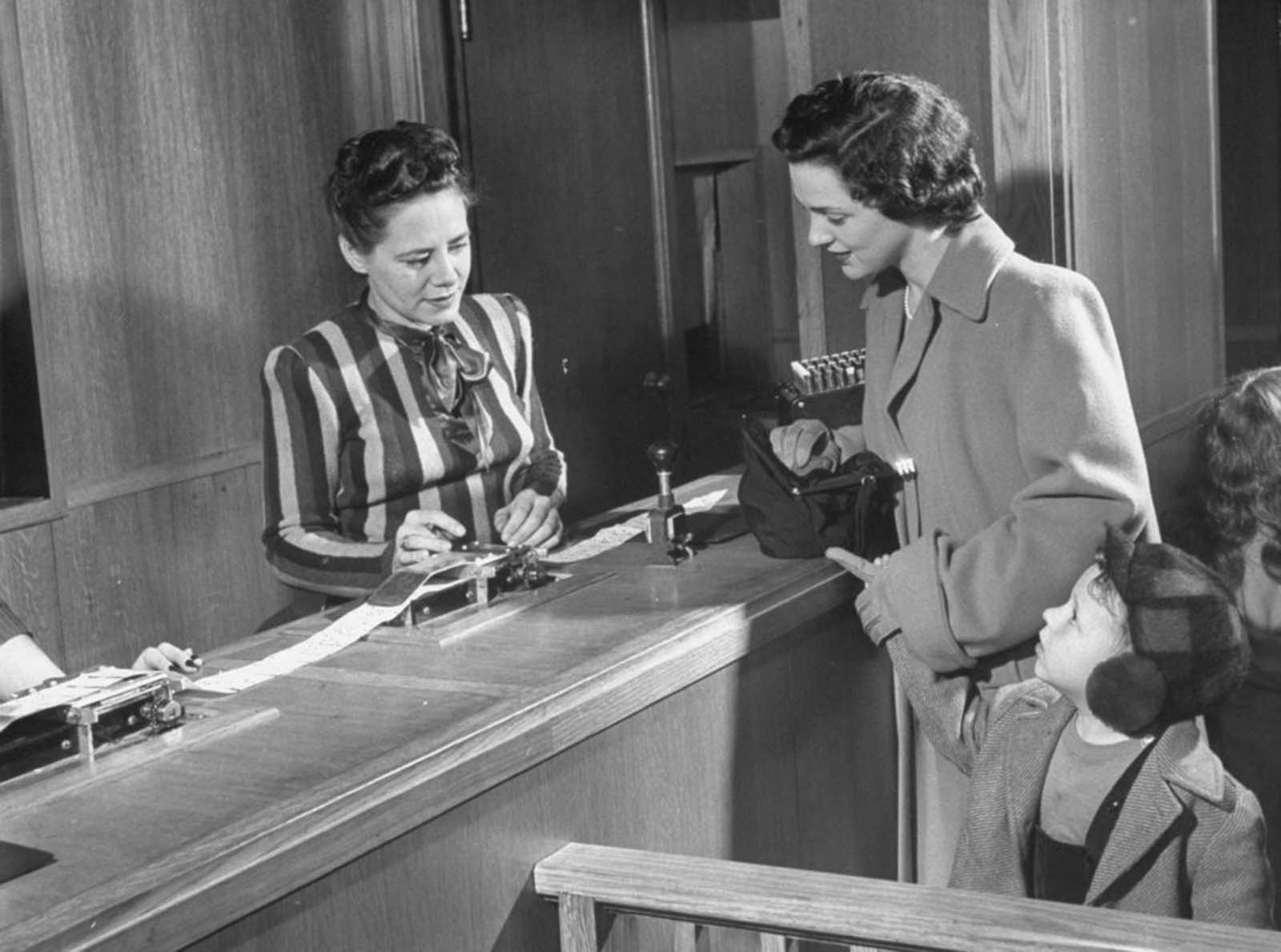 The shopper gives a punched-out card to the cashier, who totals the prices and triggers machinery behind the scenes. 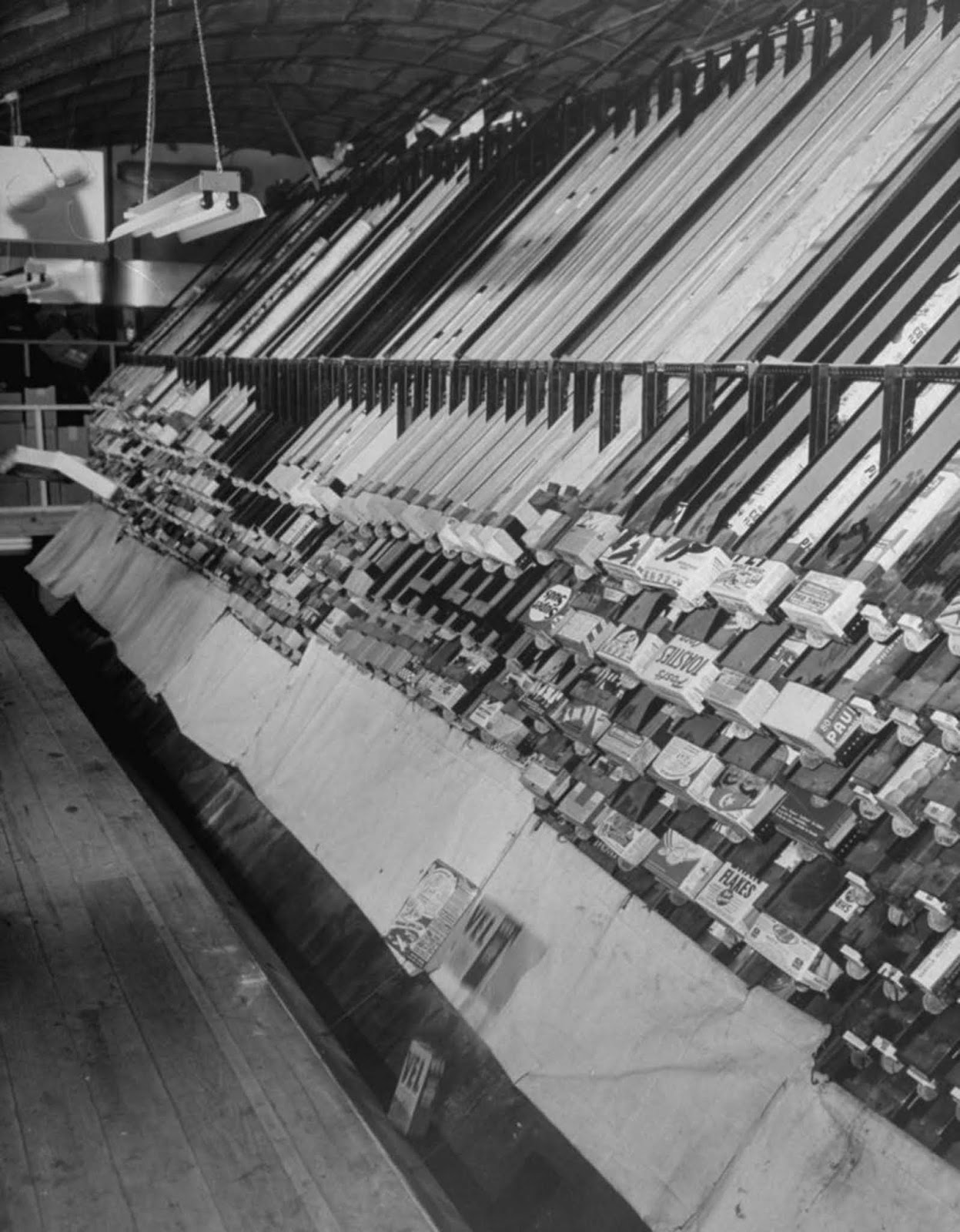 The groceries would then drop onto a conveyor belt, to be bagged and taken up front. 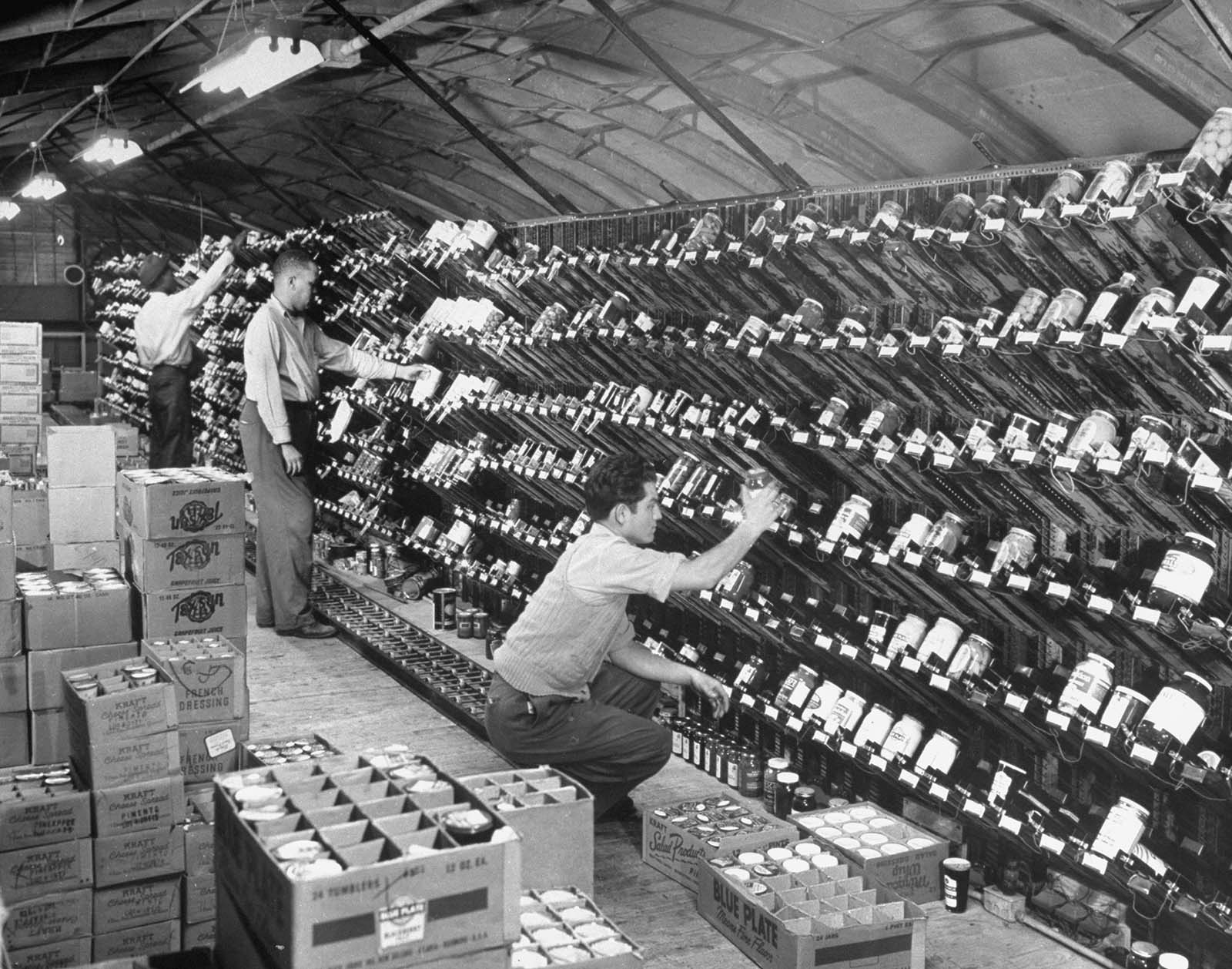 A worker stocks the grocery chutes in the Keedoozle. 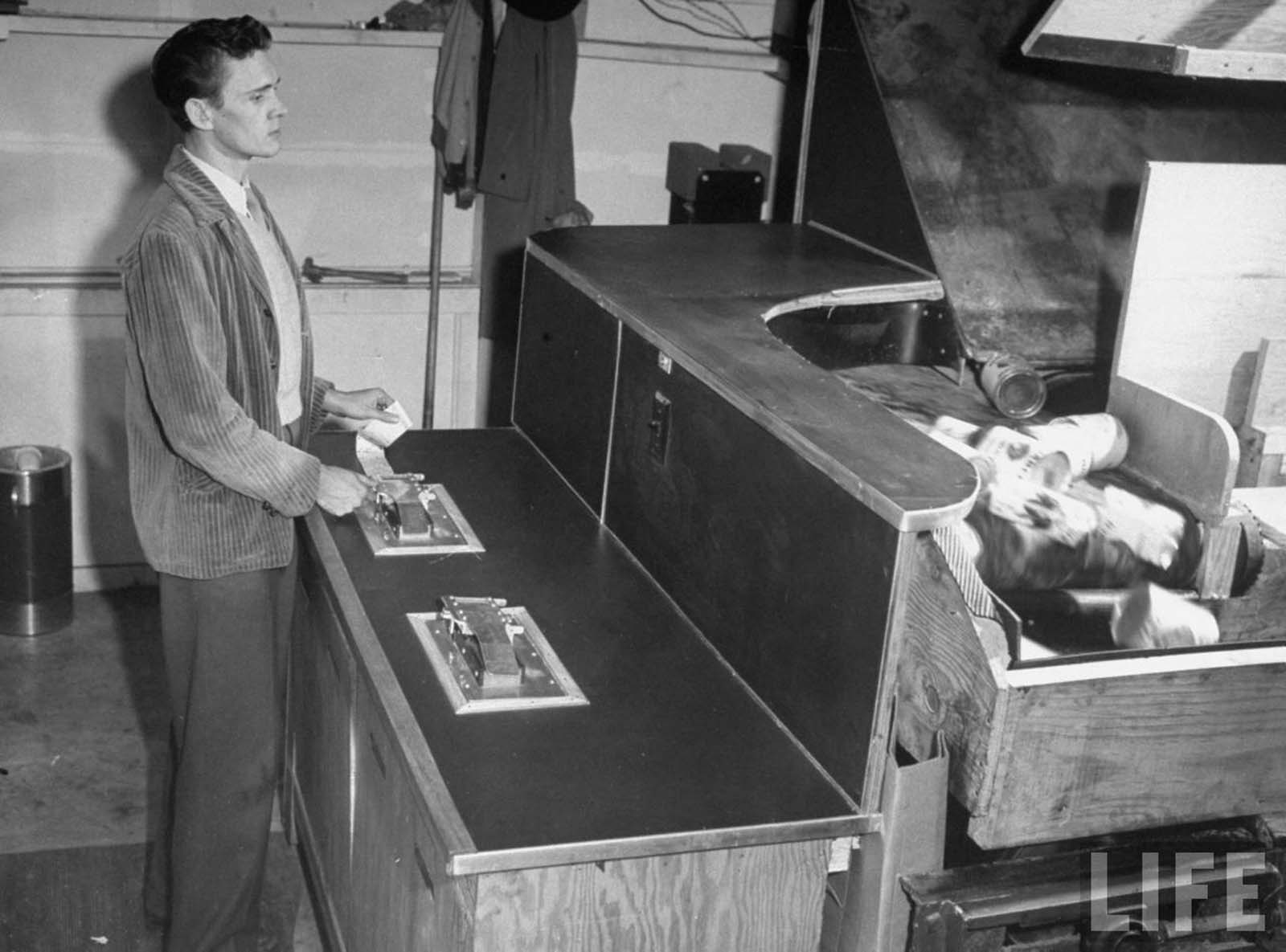 It is often held that the name “Keedoozle” was coined by Saunders to refer to the technology used, in which a “Key Does All” for the grocery shopper. 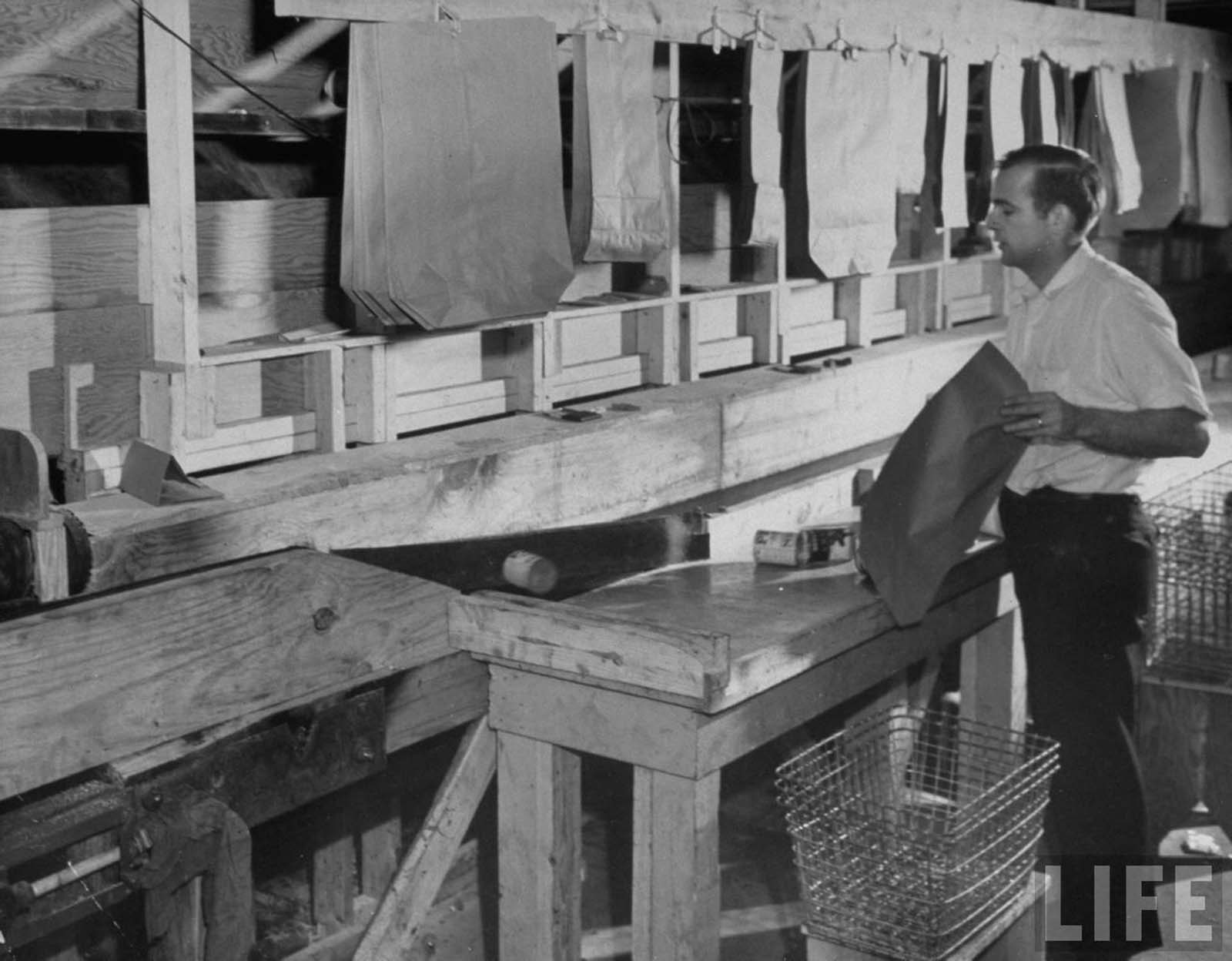 Keedoozle automatic grocery store’s employee bagging a customers order and placing it on a conveyor belt. 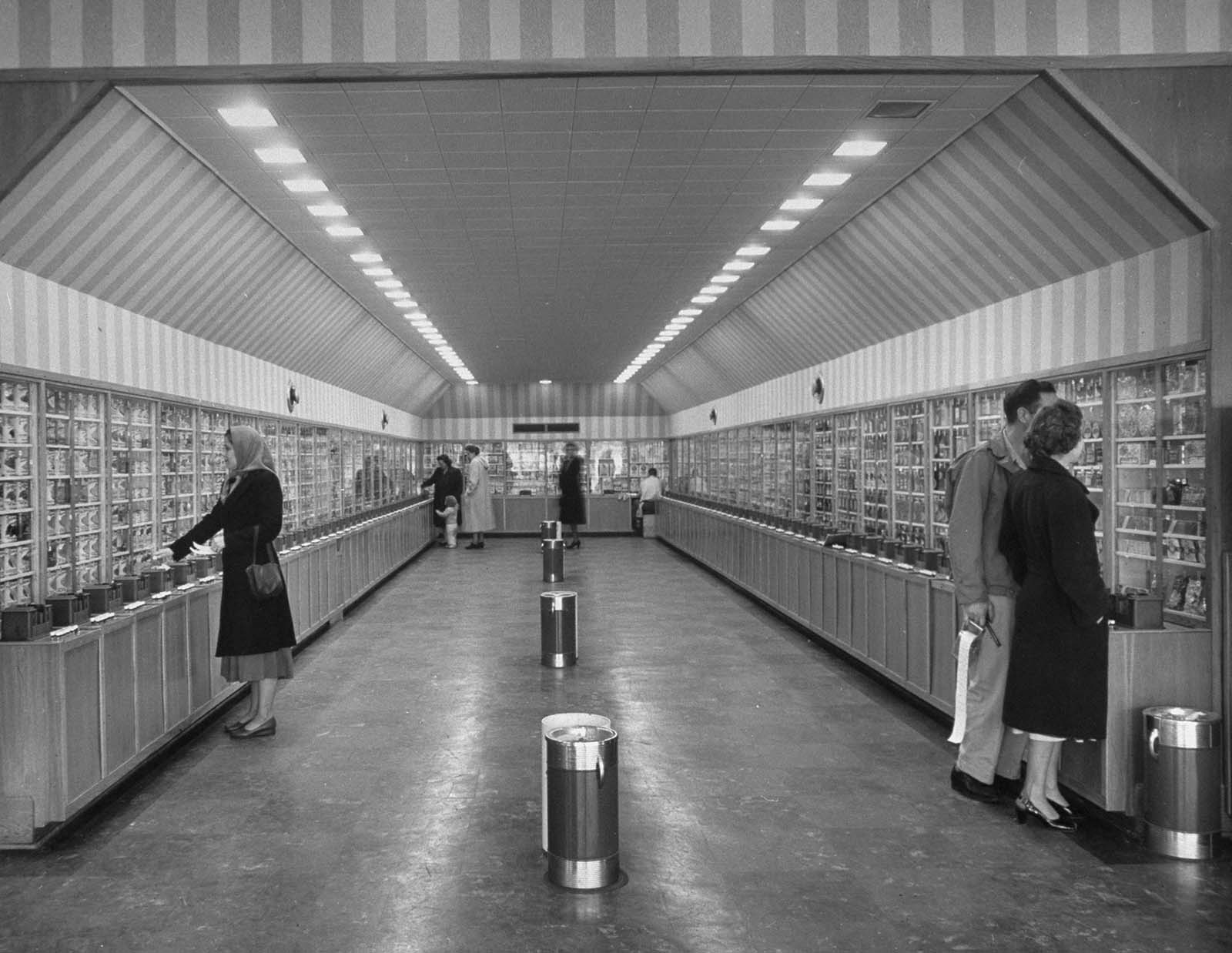 The Keedoozle concept was intended to be a grocery shopper labor-saving and cost-saving device. 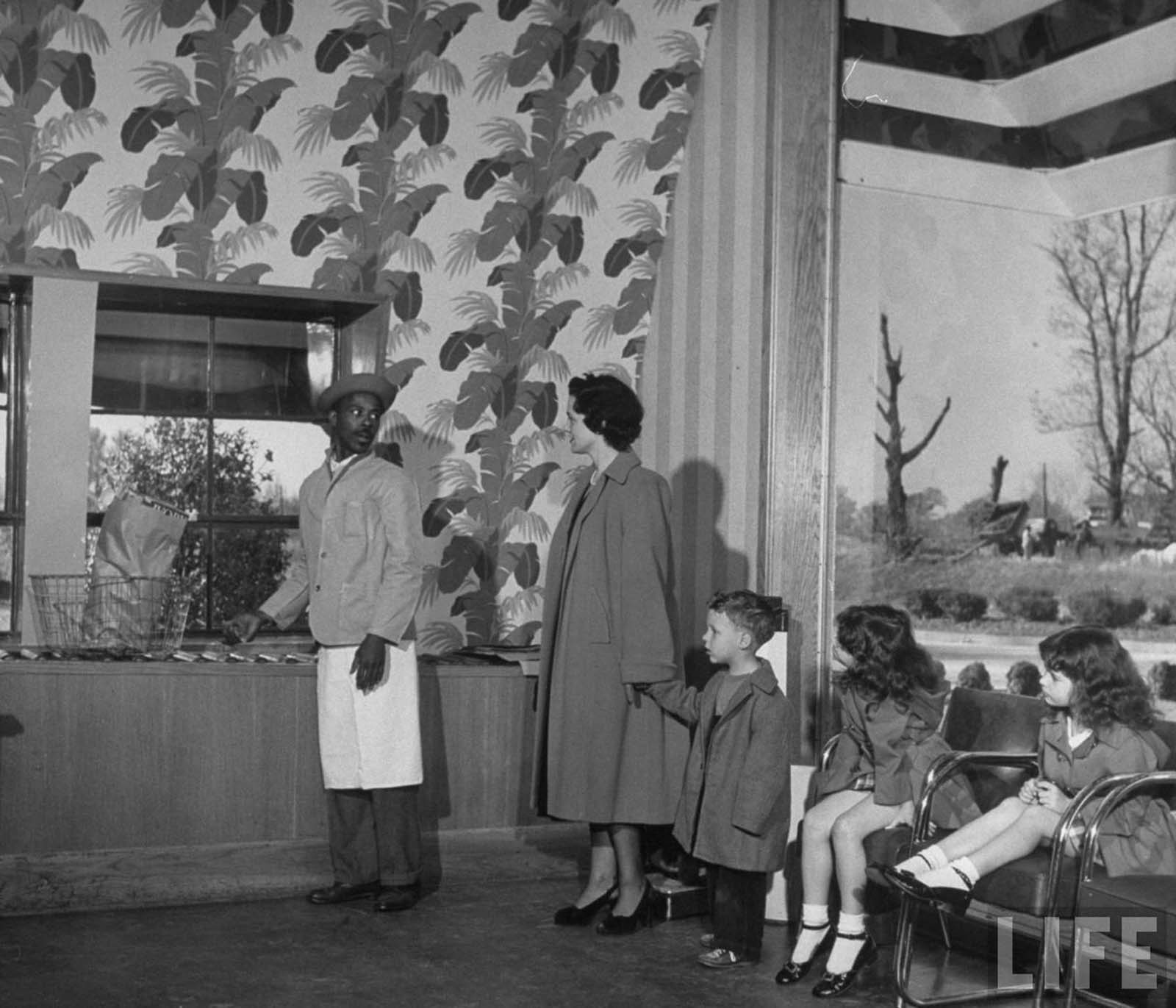 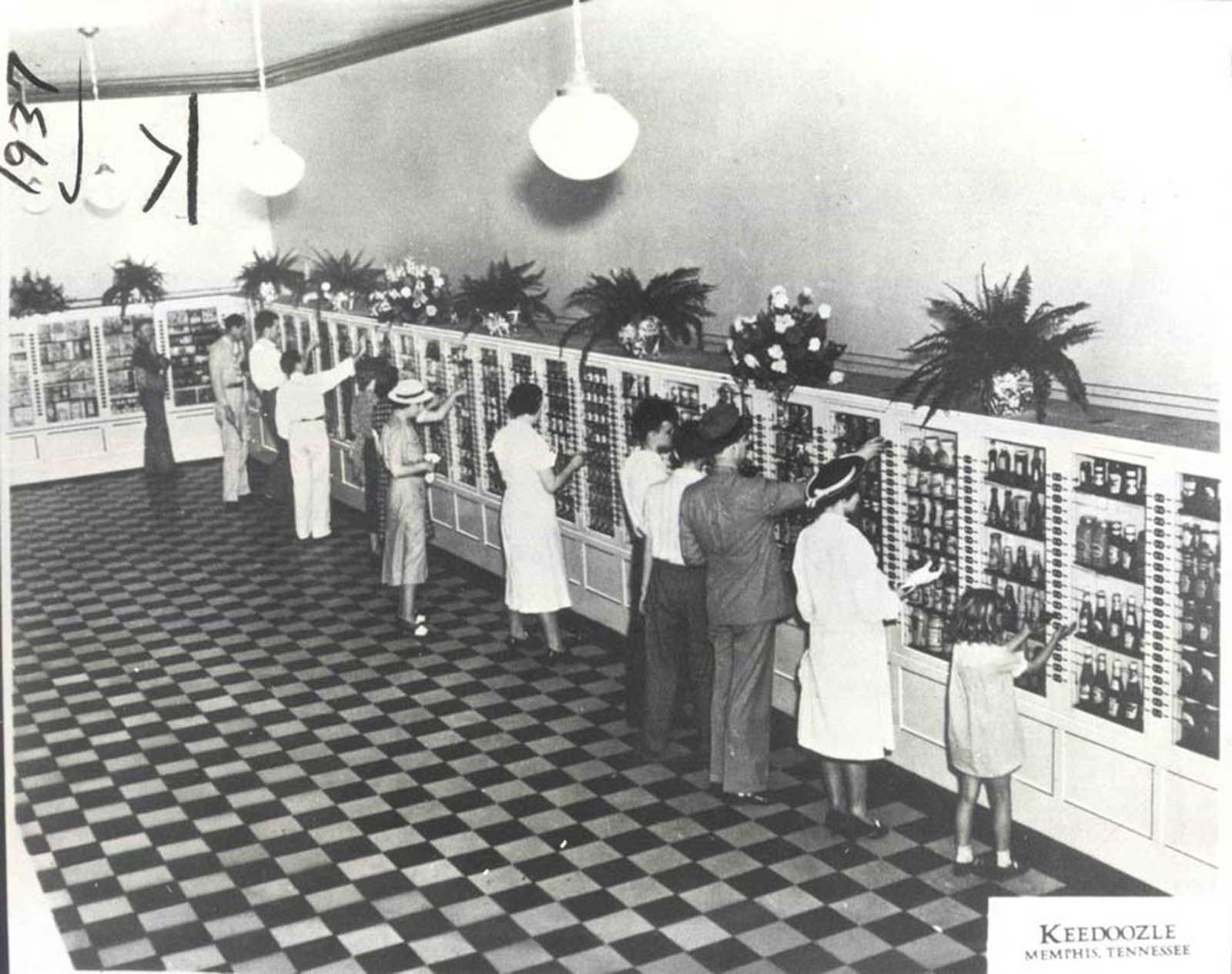 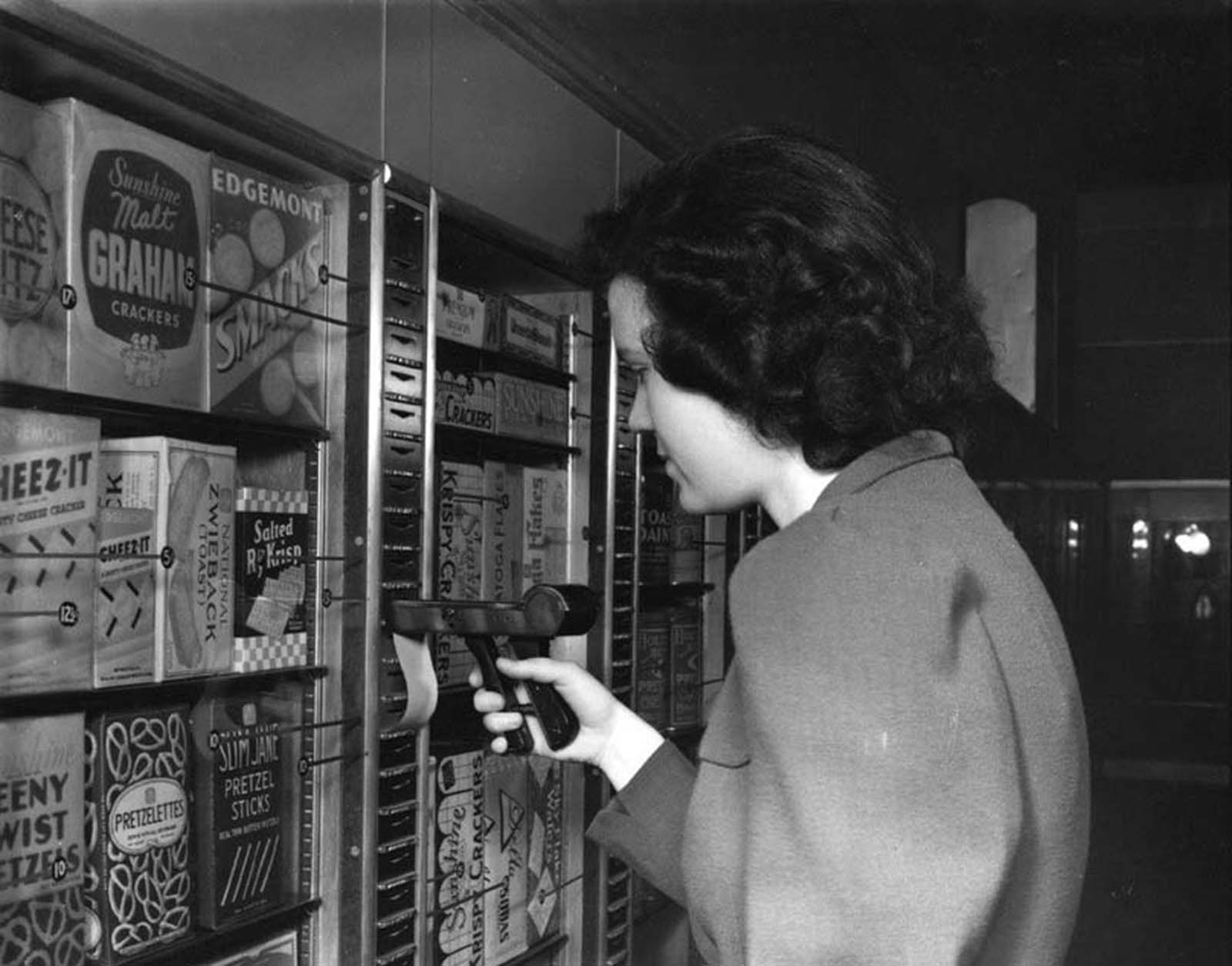 In the snack aisle, a customer uses an updated version of the key. 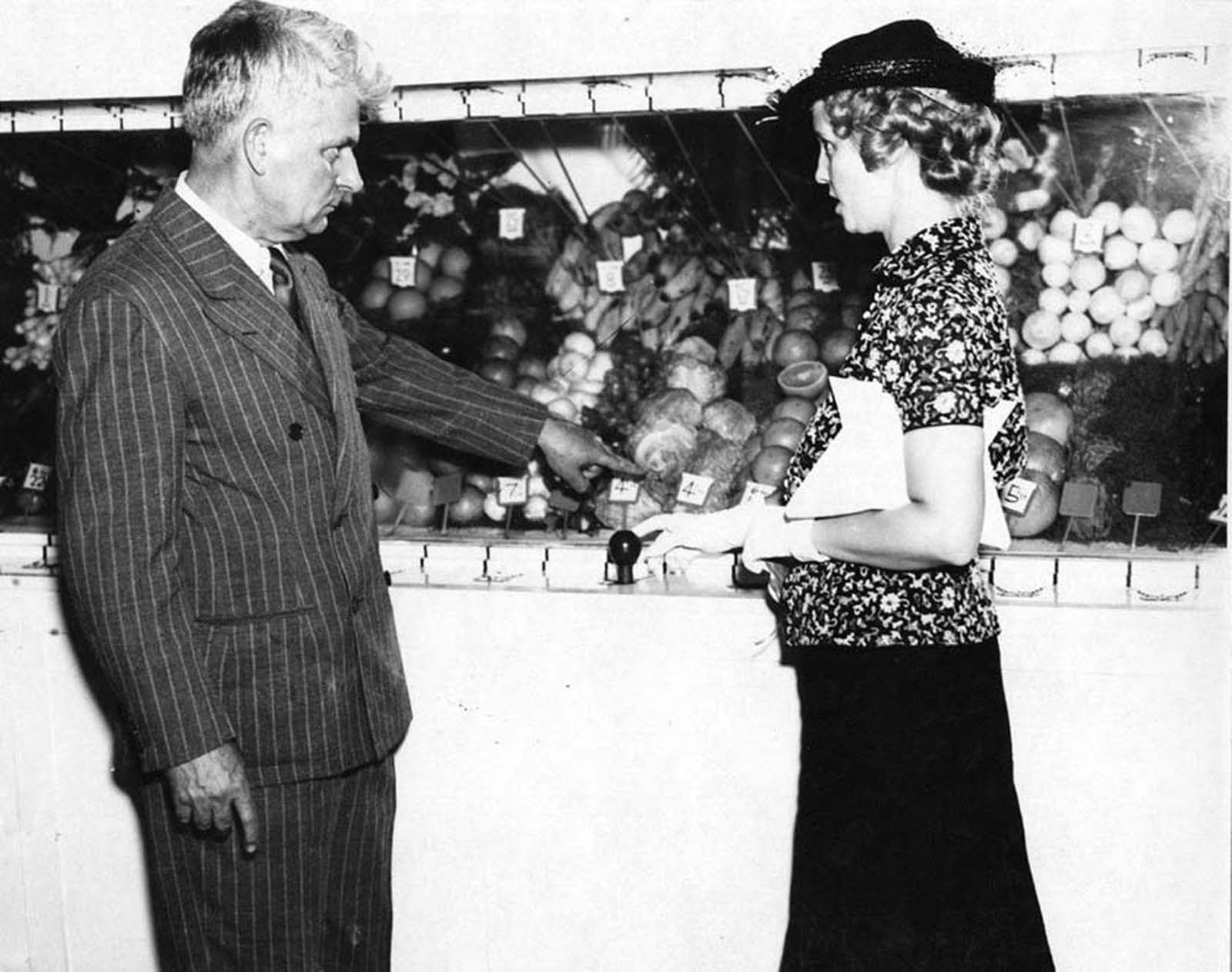 Saunders shows a customer how to select produce. The historian Freeman writes, “Some customers were reluctant to use the key and machinery to select their groceries. I am not certain this woman is convinced.” Saunders, in doorway on the left, watches as employees hand out keys to shoppers. 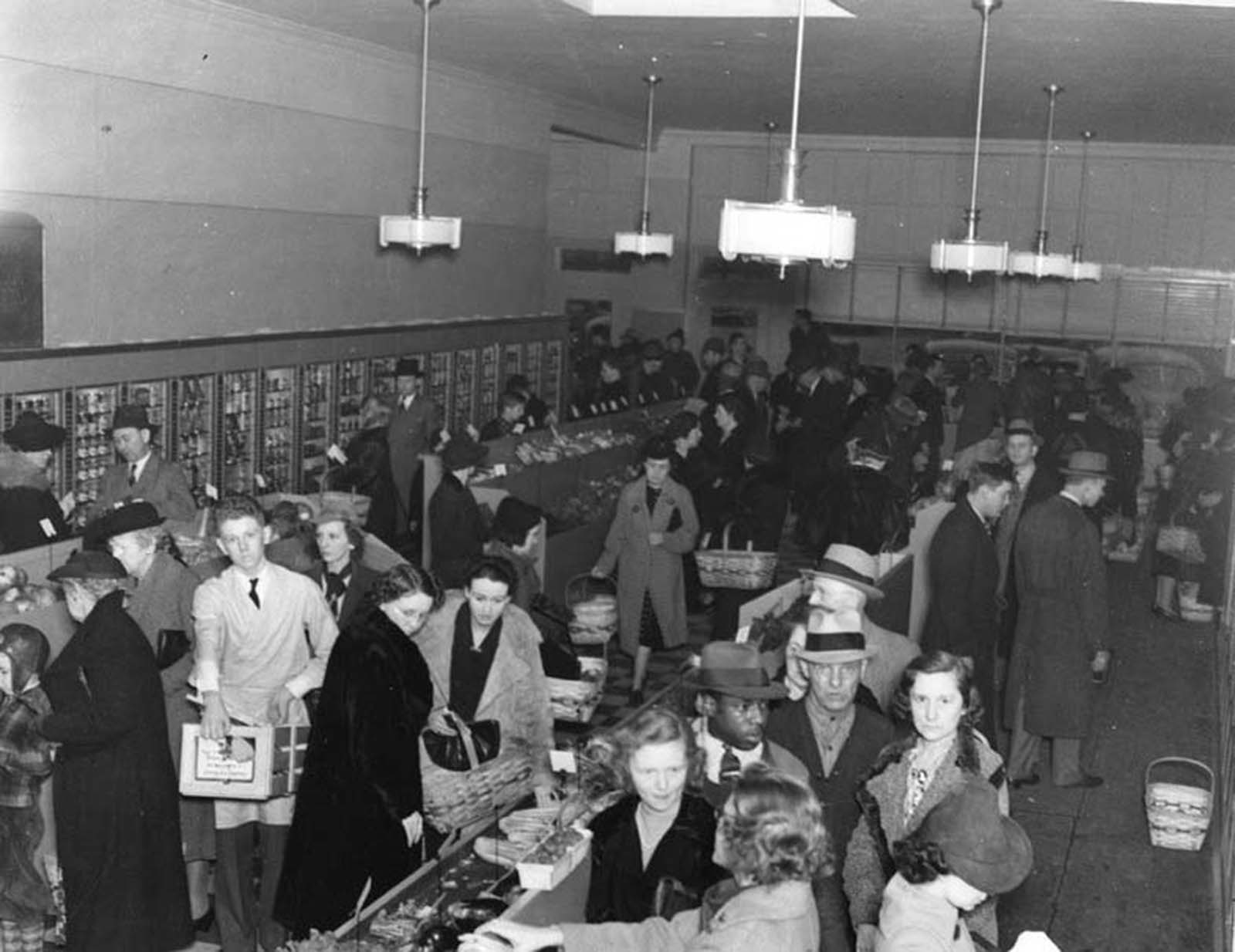 Shoppers inside Keedoozle. Memphis historian Michael Freeman writes, “Note the produce are displayed in the open without using the Keedoozle display boxes. Shoppers were willing to try the Keedoozle for canned or boxed groceries. But they would not buy fresh produce via a glass window, because they could not touch the produce.” 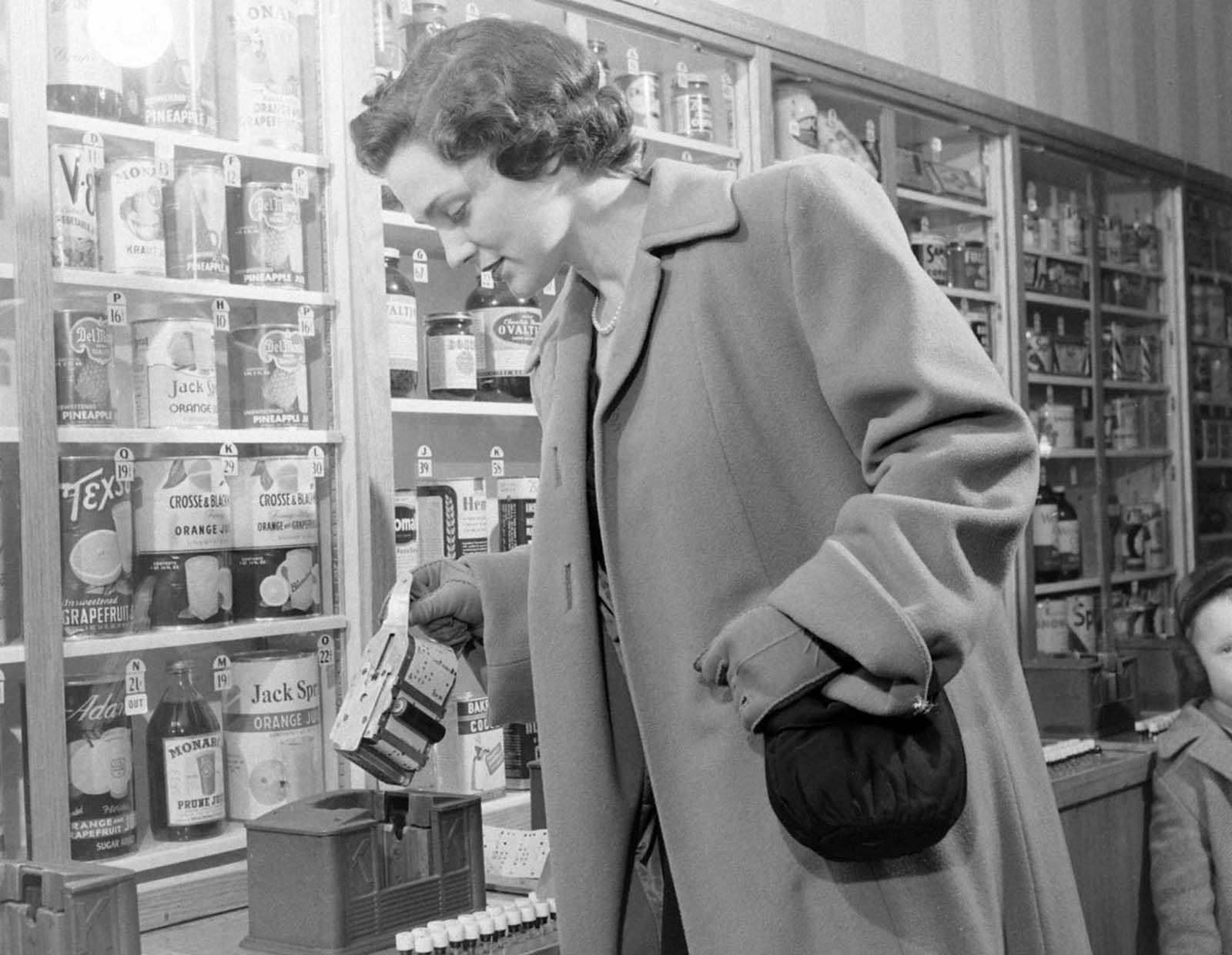 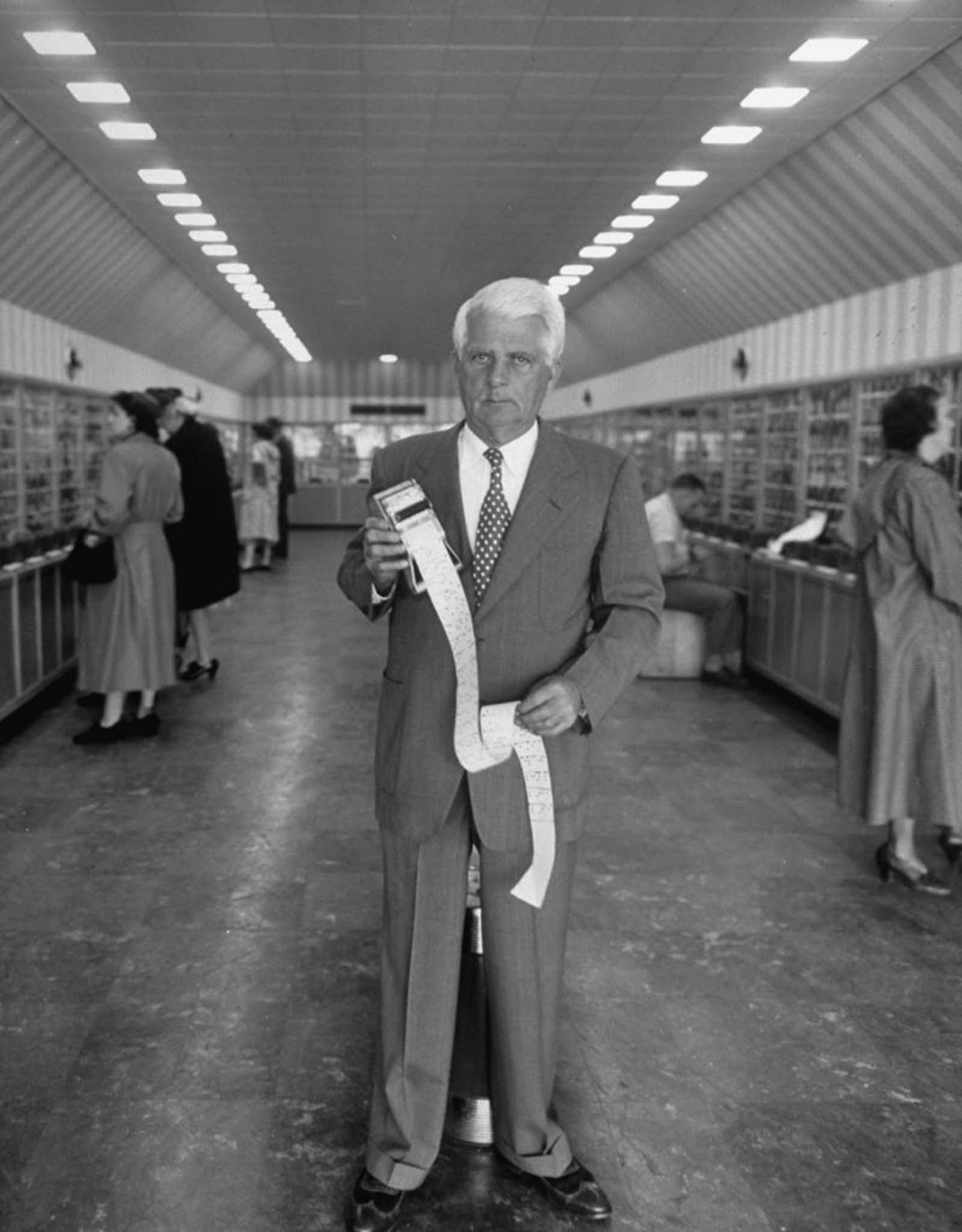 George Saunders, the man behind the Piggly Wiggly, believed this key card could revolutionize shopping again.