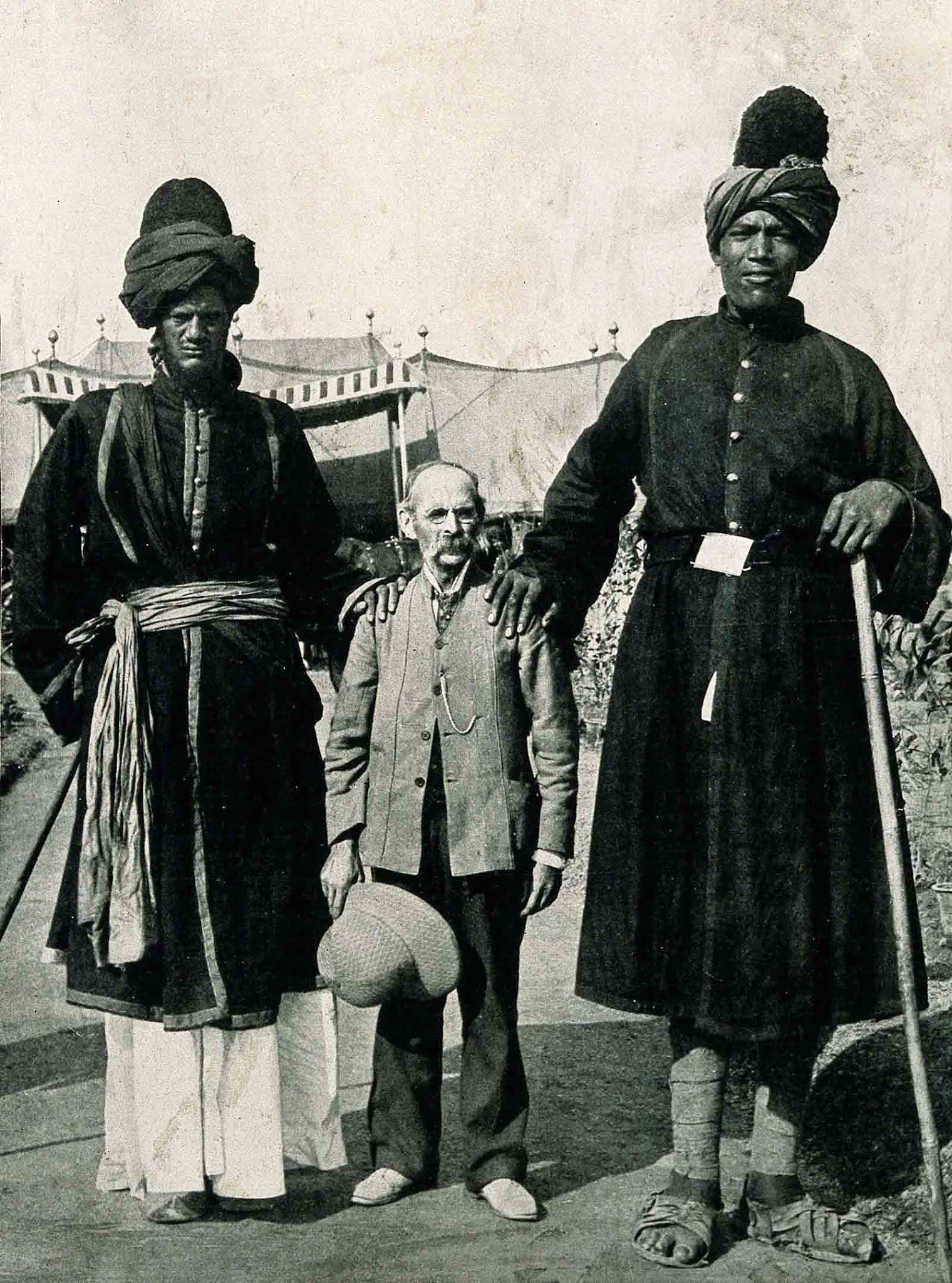 Professor James Ricalton with his friends, the Giants of Kashmir.

The Durbar of 1903 was held in Delhi to celebrate the succession of the British monarch King Edward VII (the great-grandfather of the current British monarch, Queen Elizabeth II) as the Emperor of India.

The Delhi Durbar was organized by Lord Curzon, India’s viceroy at the time. The original plan was for Edward himself to come to India for a special coronation ceremony, but when the King refused (he was conspicuously less interested in India than Victoria had been), Curzon decided to stage a massive spectacle instead.

After two years’ planning, the ceremonies began on 29 December 1902 with a lavish parade of elephants through the streets. Guests included a wide range of Indian princes and maharajas, with the Duke of Connaught representing the British Royal Family.

The actual Durbar was held on New Year’s Day, 1903, on a large plain outside Delhi and was intended to highlight the supposed glory of the monarchy and its Empire.

The assembly displayed possibly the greatest collection of jewels to be seen in one place. Each of the Indian princes was adorned with the most spectacular of his gems from the collections of centuries. 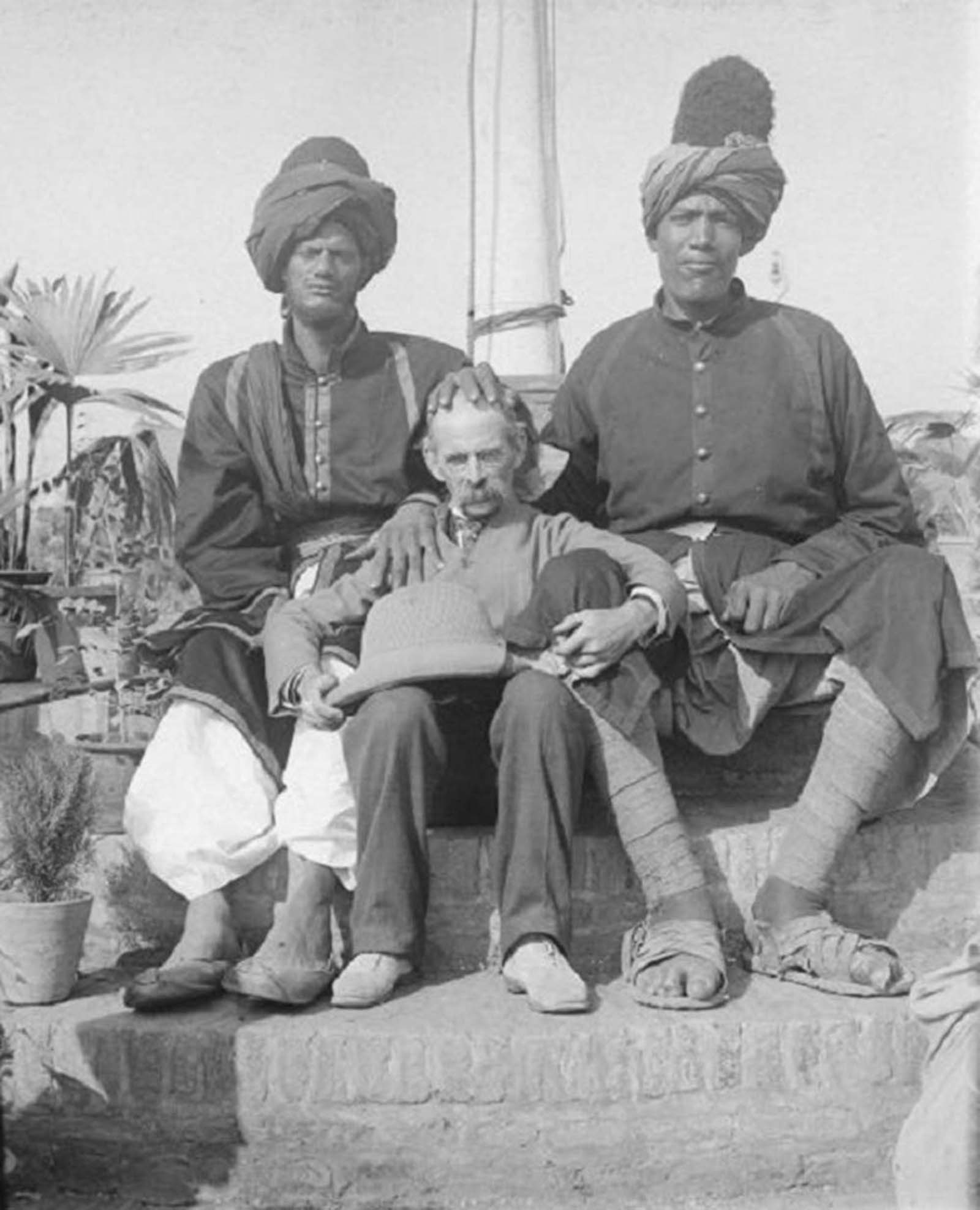 The two Kashmiri brothers were known as the Cashmere Giants and are both over 7 feet tall.

Maharajahs came with great retinues from all over India, many of them meeting for the first time while the massed ranks of the Indian armies, under their Commander-in-Chief Lord Kitchener, paraded, played their bands, and restrained the crowds of common people.

On the first day, the Curzons entered the area of festivities, together with the maharajas, riding on elephants, some with huge gold candelabras stuck on their tusks. But nothing creates an impression like having two giant guards in your entourage.

The Maharaja of Jammu and Kashmir, Maharaja brought along with him two of the tallest men (in the whole world it seems) from Kashmir.

One of the giants was 7’9” tall (2.36 m) while the “shorter” one was a mere 7’4” tall (2.23 m) and according to various sources they were indeed twin brothers. They created quite an impression at the Durbar as they literally stood heads and shoulders above the rest. The brothers were known as the Two Kashmir Giants and were elite riflemen in the service of the Maharaja. 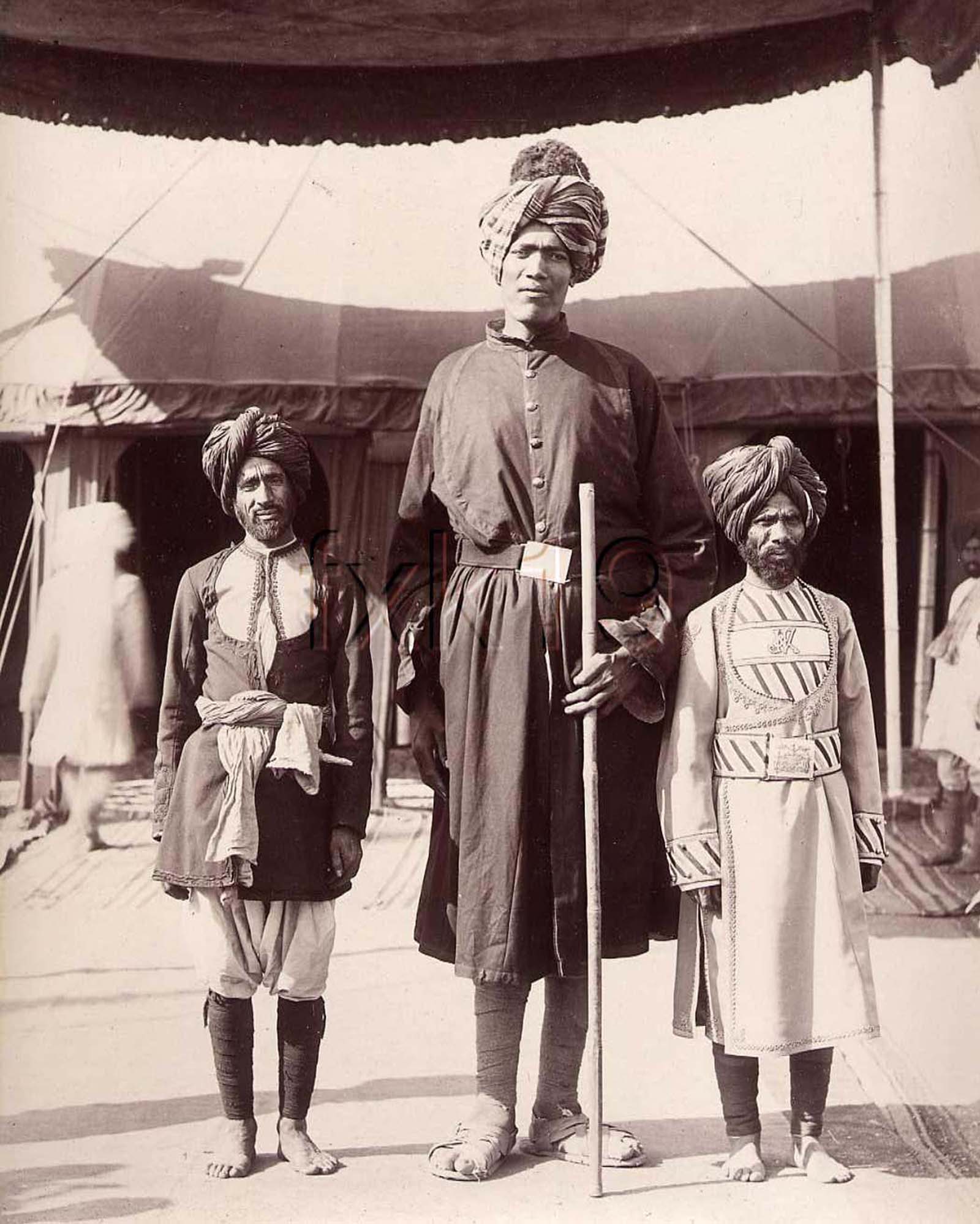 One of the giant brothers posing with regular guards.

The Brisbane Courier printed in February 1903, had an article titled “The Retinue of the Ruler of Kashmir included a fine detachment of Cuirassiers and a huge Giant”. Probably the reporter didn’t see the other Giant.

One of the original captions claims that the Kashmiri brothers were originally from a place called “Balmokand”. Unfortunately, we can’t locate this place in Kashmir, maybe the name changed or someone got it wrong. 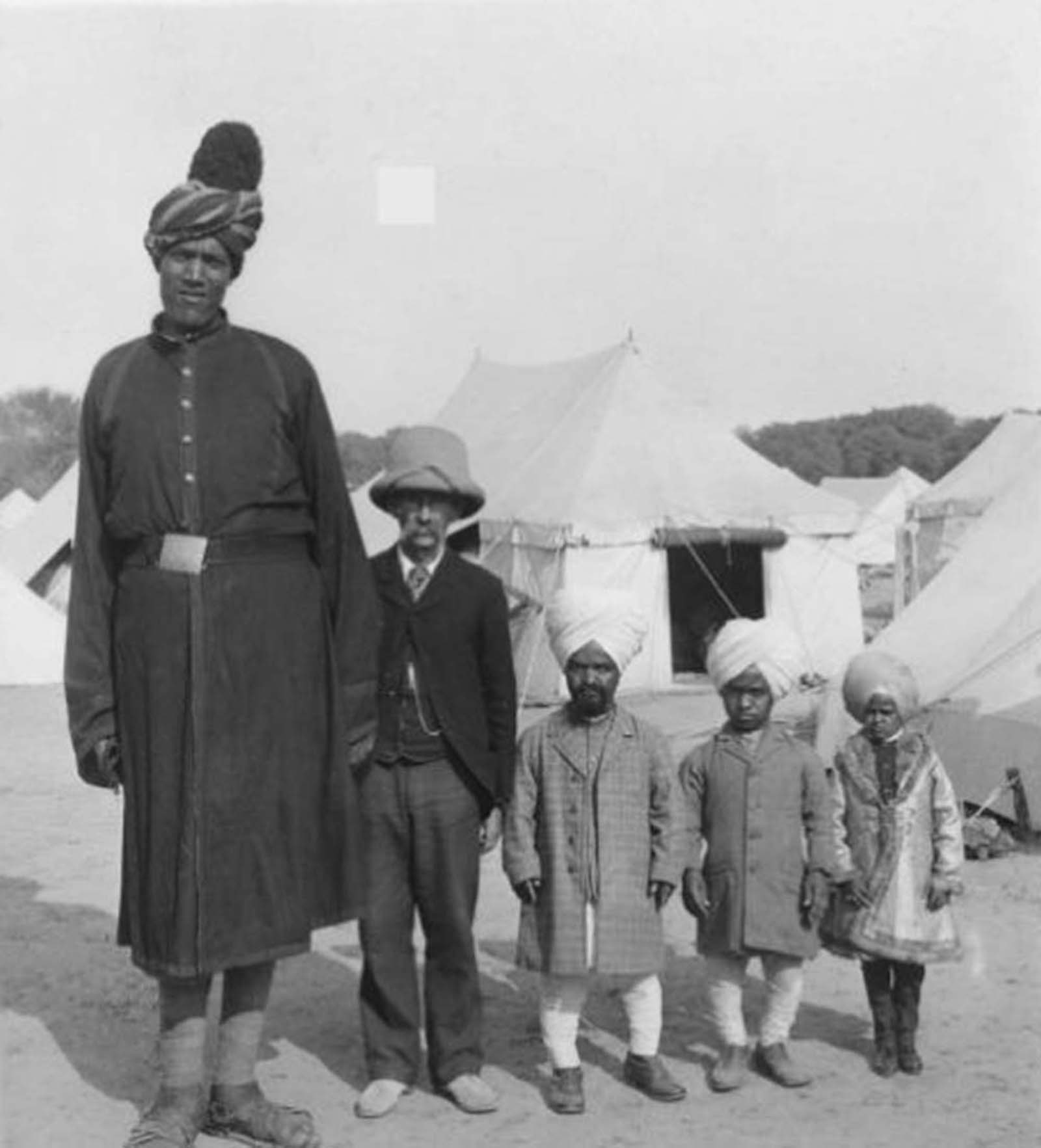 Professor James Ricalton (1844-1929) posing with one of the Kashmir giants. 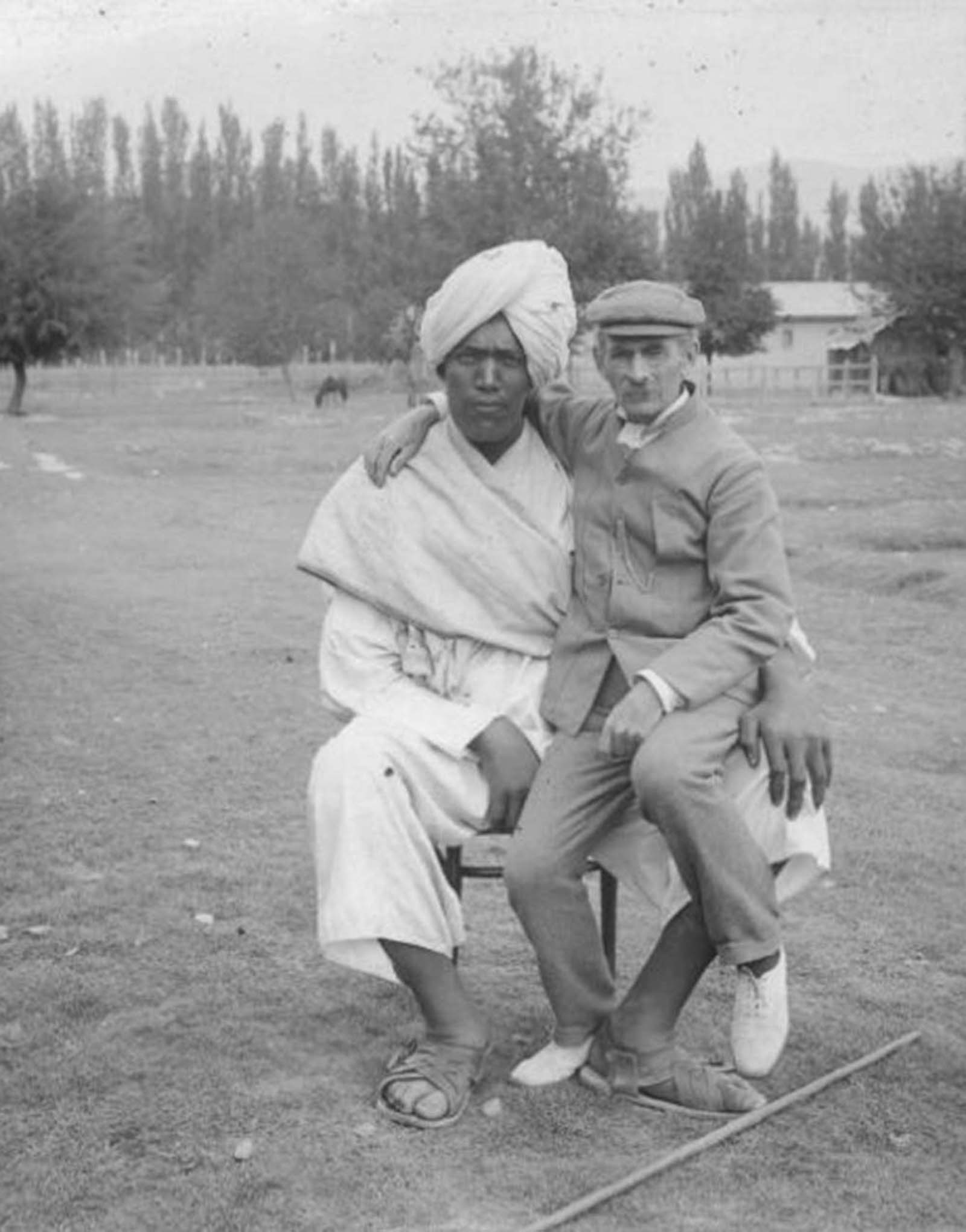 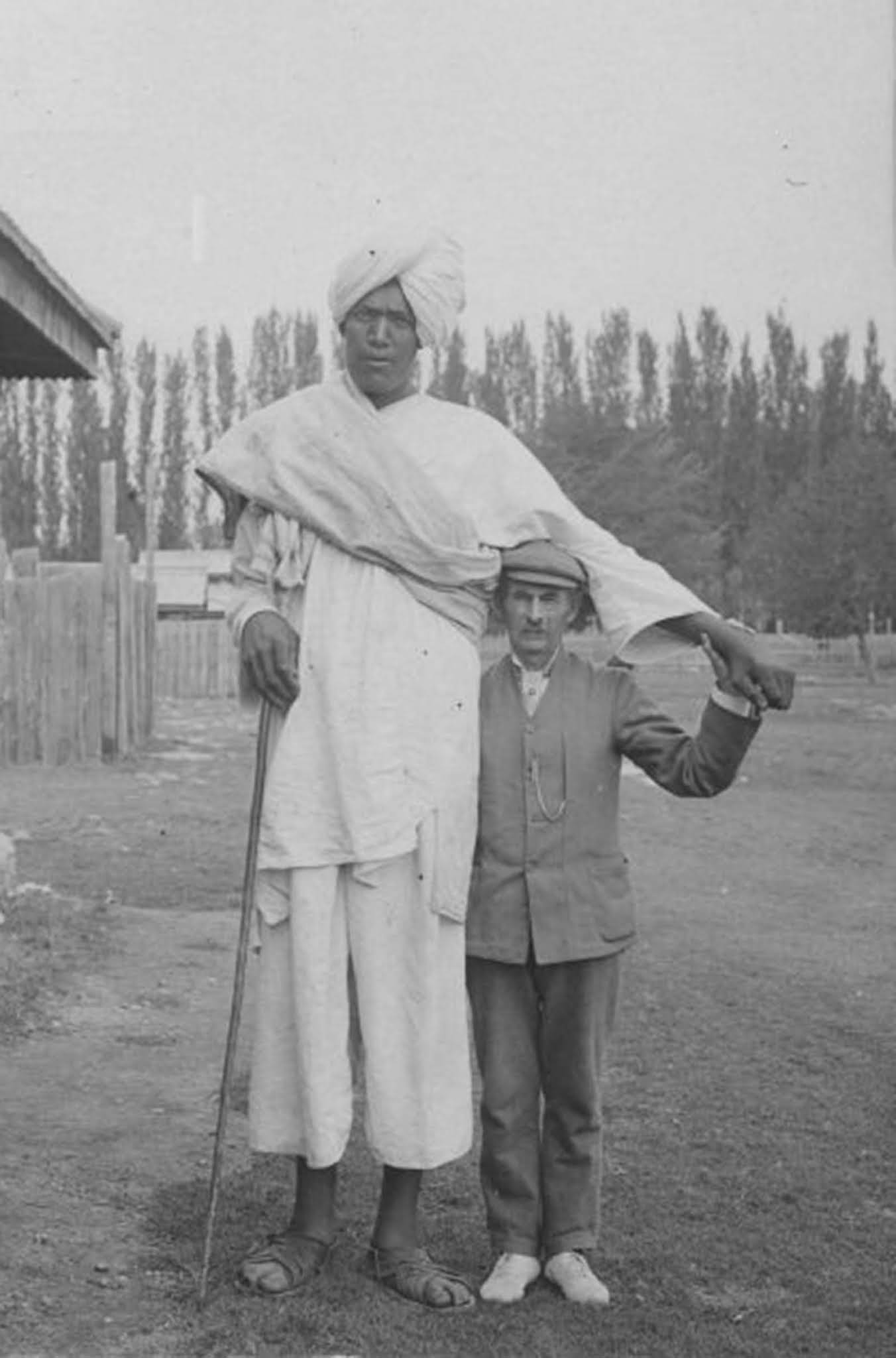 This photo was taken on a different evet. 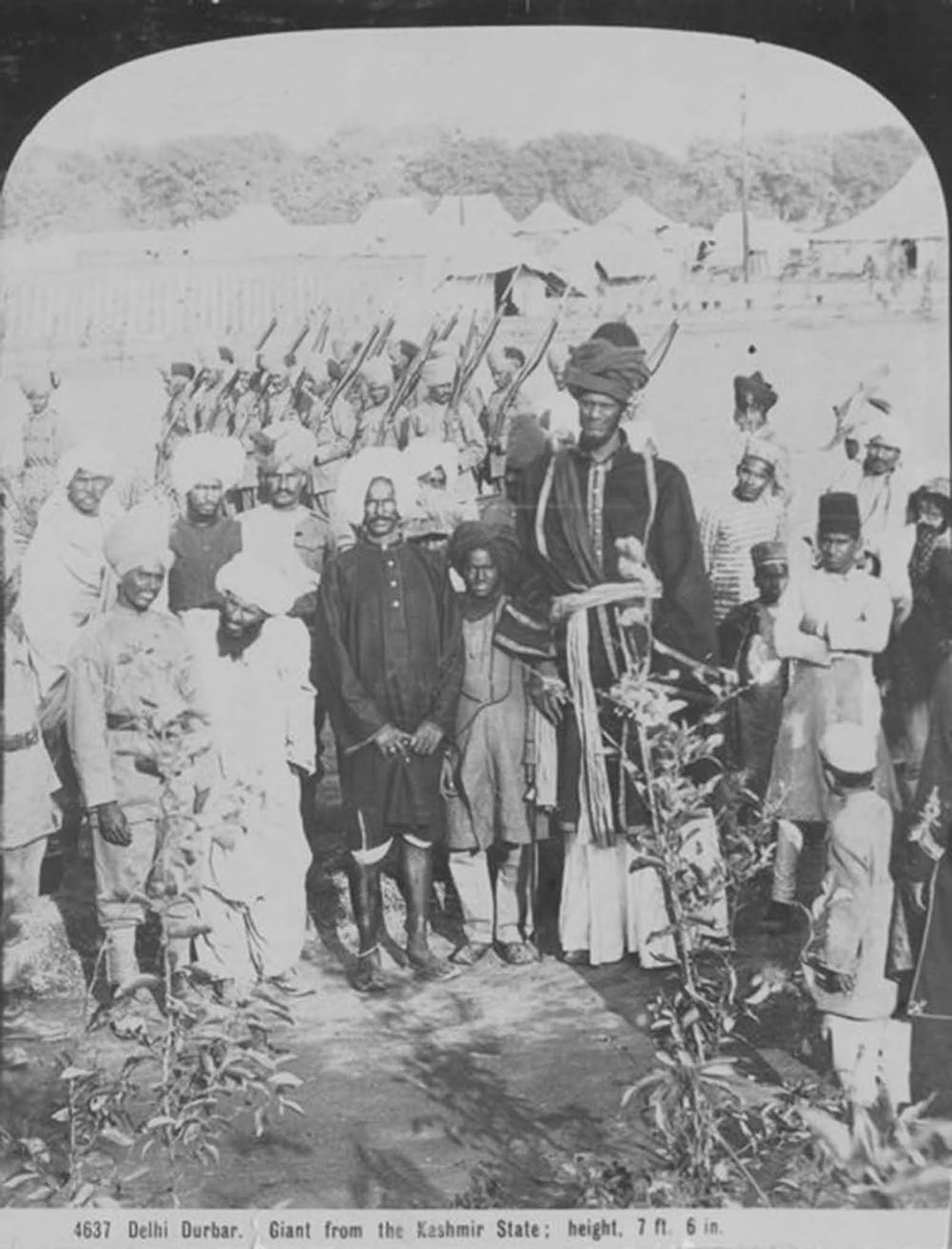 This caption says one of the giants was 7’6″, however, all the other sources claim that the actual height was 7’9″. 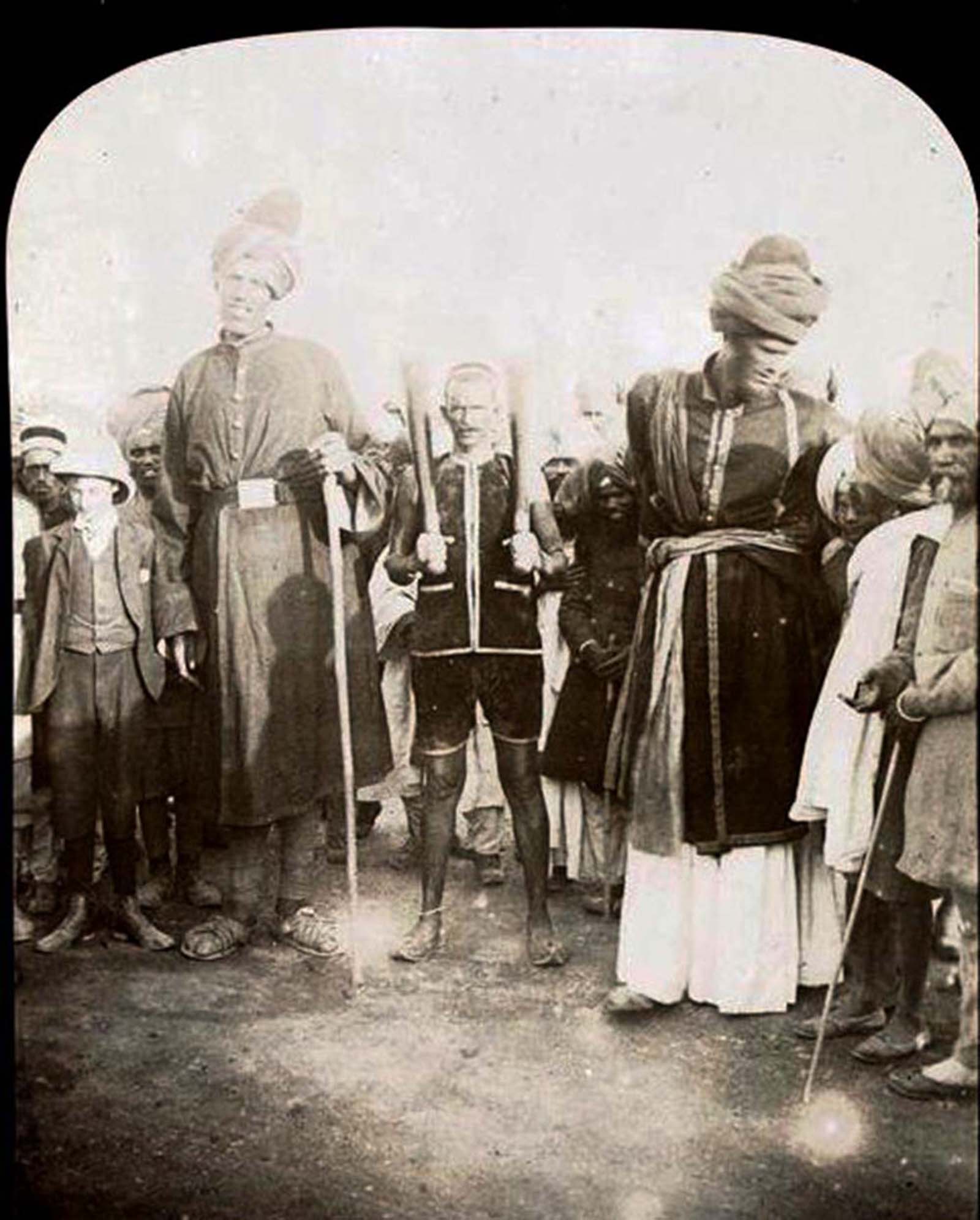 The giants were brothers and elite riflemen of the Maharaja of Kashmir.