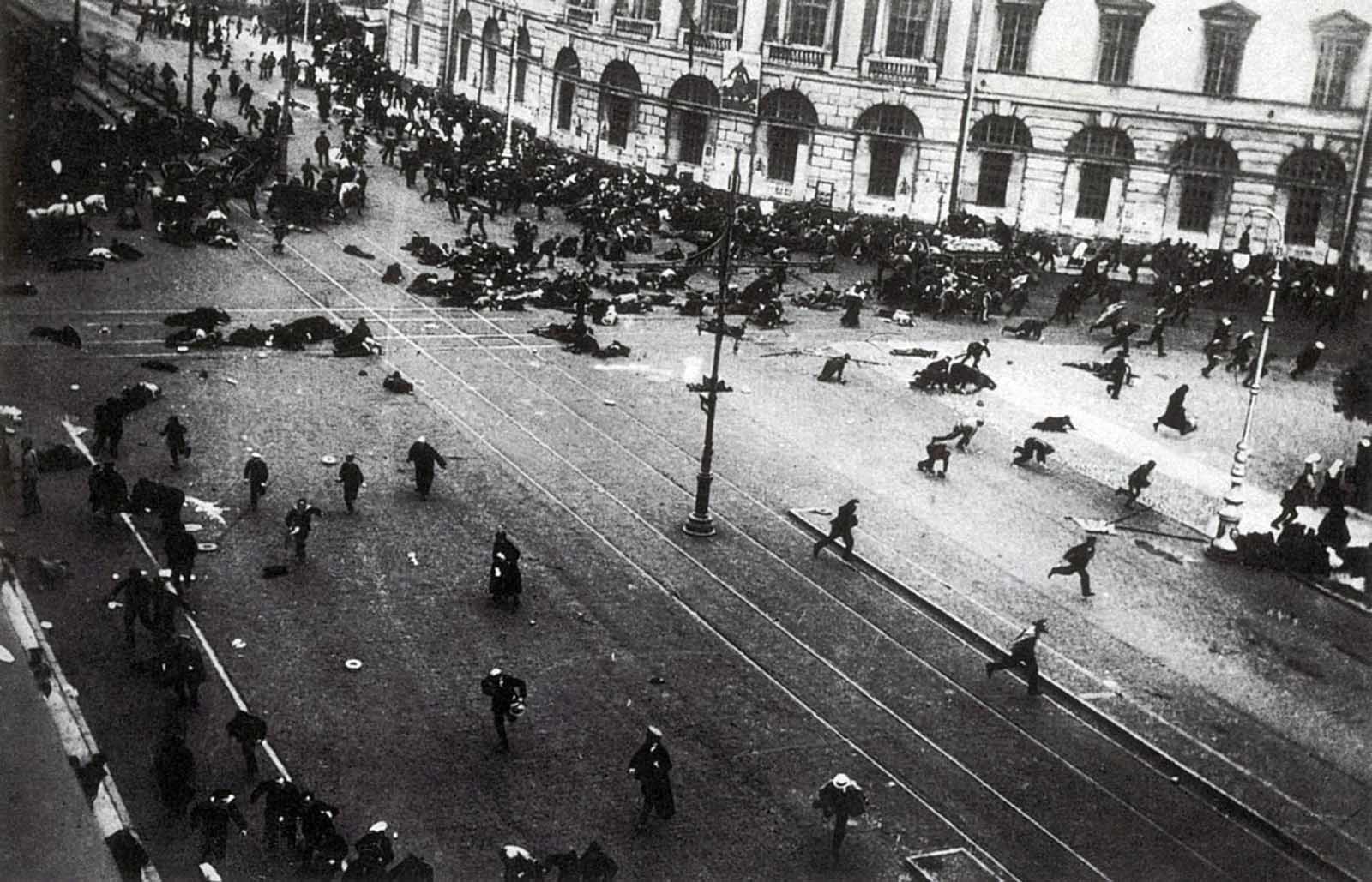 Street demonstration on Nevsky Prospekt just after troops of the Provisional Government have opened fire with machine guns. July 17, 1917.

In the first days of July 1917, a spontaneous uprising erupted in Petrograd. The July Days, as this uprising became known, was fuelled by several factors: the Provisional Government’s attempt to escalate the war effort, a collapse in the government ministry, and a constant stream of Bolshevik propaganda condemning the government and calling for a transfer of power to the Soviets.

In June dissatisfied Petrograd workers and soldiers, using Bolshevik slogans, staged a demonstration and adopted resolutions against the government.

On July 3 protestors, motivated in part by the resignation of the government’s Kadet (Constitutional Democratic) ministers, marched through Petrograd to the Tauride Palace to demand that the Soviet of Workers’ and Soldiers’ Deputies assume formal power. The Bolsheviks, initially reluctant, attempted to prevent the demonstration but subsequently decided to support it.

The Bolsheviks decided to provide leadership to the movement in order to give it an organized and peaceful character. On the afternoon of 17 July, there was a peaceful demonstration by 500,000 workers, soldiers, and sailors under the slogan “All Power to the Soviets”. Anti-government demonstrations were also held in Moscow, Nizhny Novgorod, Krasnoyarsk, and other cities.

The military authorities sent troops against the demonstration, leaving more than 700 people killed and wounded. The SRs and Mensheviks supported punitive measures against the insurgents.

They began to disarm workers, disband revolutionary military units, and carry out arrests. On 18–19 July the offices and printing plant of Pravda and the headquarters of the Bolshevik Central Committee were destroyed.