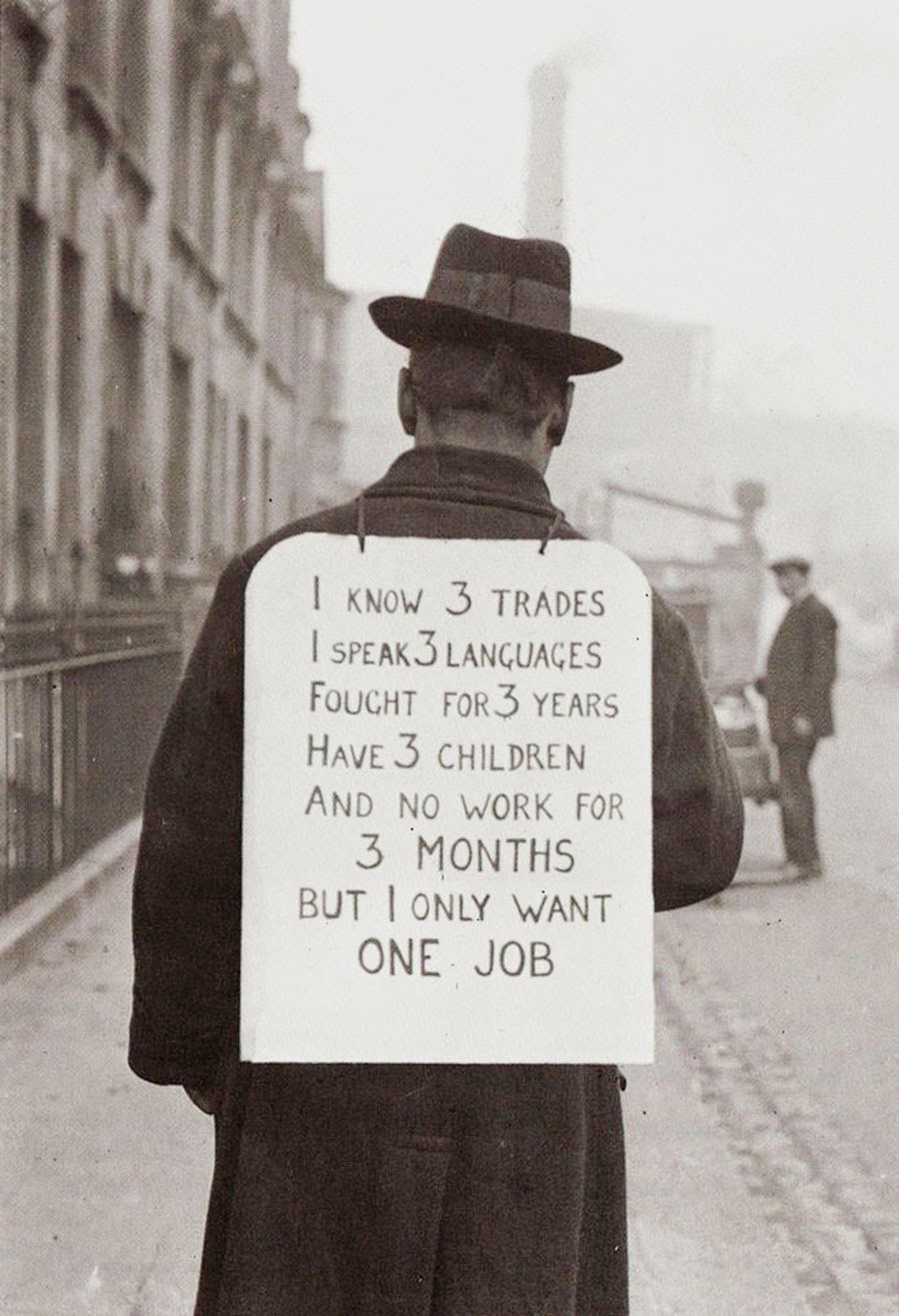 Unable to find another job locally, many unemployed people hit the road, traveling from place to place, hoping to find some work.

During the Great Depression, millions of people were out of work across the United States. Unable to find another job locally, many unemployed people hit the road, traveling from place to place, hoping to find some work.

A few of these people had cars, but most hitchhiked or “rode the rails”. A large portion of the people who rode the rails were teenagers, but there were also older men, women, and entire families who traveled in this manner. They would board freight trains and crisscross the country, hoping to find a job in one of the towns along the way.

When there was a job opening, there were often literally a thousand people applying for the same job. Those who weren’t lucky enough to get the job would perhaps stay in a shantytown (known as “Hoovervilles”) outside of town. Housing in the shantytown was built out of any material that could be found freely, like driftwood, cardboard, or even newspapers.

The official first day of the Great Depression was referred to as “Black Thursday”. One in four Americans could not find a job, which meant a 25% unemployment rate.

Reports estimated that the number of unemployed jumped from 429,000 in October 1929 to 4,065,000 in January 1930. The number rose steadily to 8 million in January 1931, and to 9 million in October. Unemployment rose and wages fell for those who continued to work.

The use of credit for the purchase of homes, cars, furniture, and household appliances resulted in foreclosures and repossessions. As consumers lost buying power industrial production fell, businesses failed, and more workers lost their jobs. During this period most of Americans found jobs via word-of-mouth, persistence, and family connections.