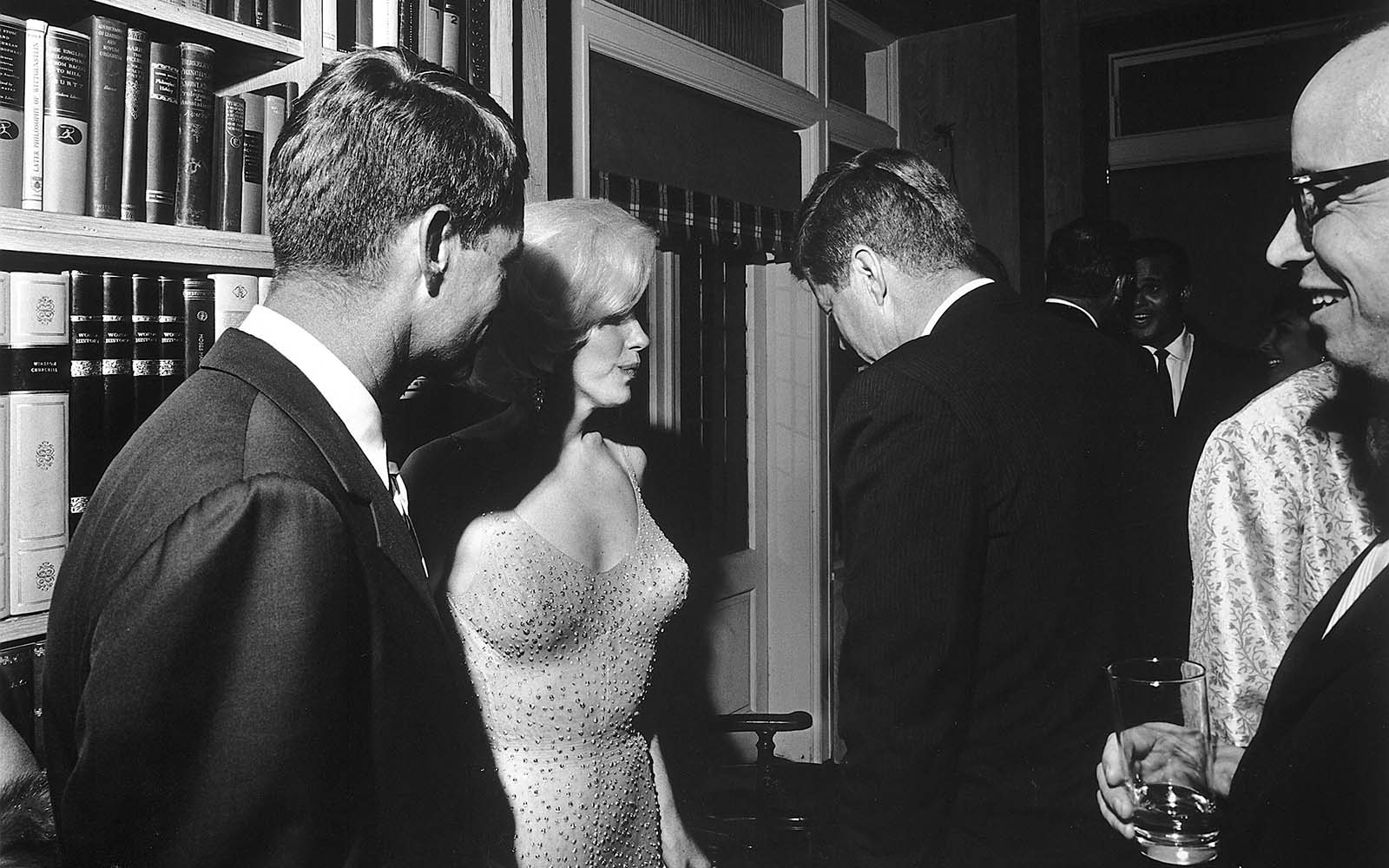 This black and white image, taken by White House photographer Cecil Stoughton, is the only known photograph of JFK and Monroe together. Monroe is still wearing the infamously tight-fighting, sheer rhinestone-studded dress she wore when singing earlier at Madison Square Garden.

President Kennedy, whose head is tilted slightly is looking down while listening to Marilyn. His brother, Robert Kennedy, is standing next to the pair looking on.

Singer Harry Belafonte is in the background and historian Arthur Schlesinger Jr., who served as an advisor in the Kennedy White House, is standing off to the side smiling.

The photo was taken at a private at the Manhattan home of movie executive Arthur Krim and his wife Mathilde and the existence of the image was kept a secret for decades.

Anthony Sherman was one of the Secret Service agents at work that night. He recalled, “Oh boy! I’ll never forget that night. I was assigned at the checkpoint at the private home where the party took place.

I remember the car pulling up very vividly and the door opened and out walked this unbelievably beautiful woman, Marylin Monrow, with this older man [Isadore Miller, Arthur’s father, and Mailyn’s “date” for the evening, a man she adored and called “Dad’].

She had on this dress – or whatever it was – it was more like a see-through thing – that she, apparently, had worn on stage. What a knockout. Everyone was stopped dead in their tracks as she got out of the car and walked toward the entrance.

She walked up to me, I had a list of people who had been invited, and she said, ‘Hello, sir, I’m Marilyn Monroe.’ And I stood there thinking, you’re Marilyn Monroe, all right.

We smiled and as I let her pass, I thought, wow. I was working for the president of the United States so every moment was history. But this? This, for me, was history.” 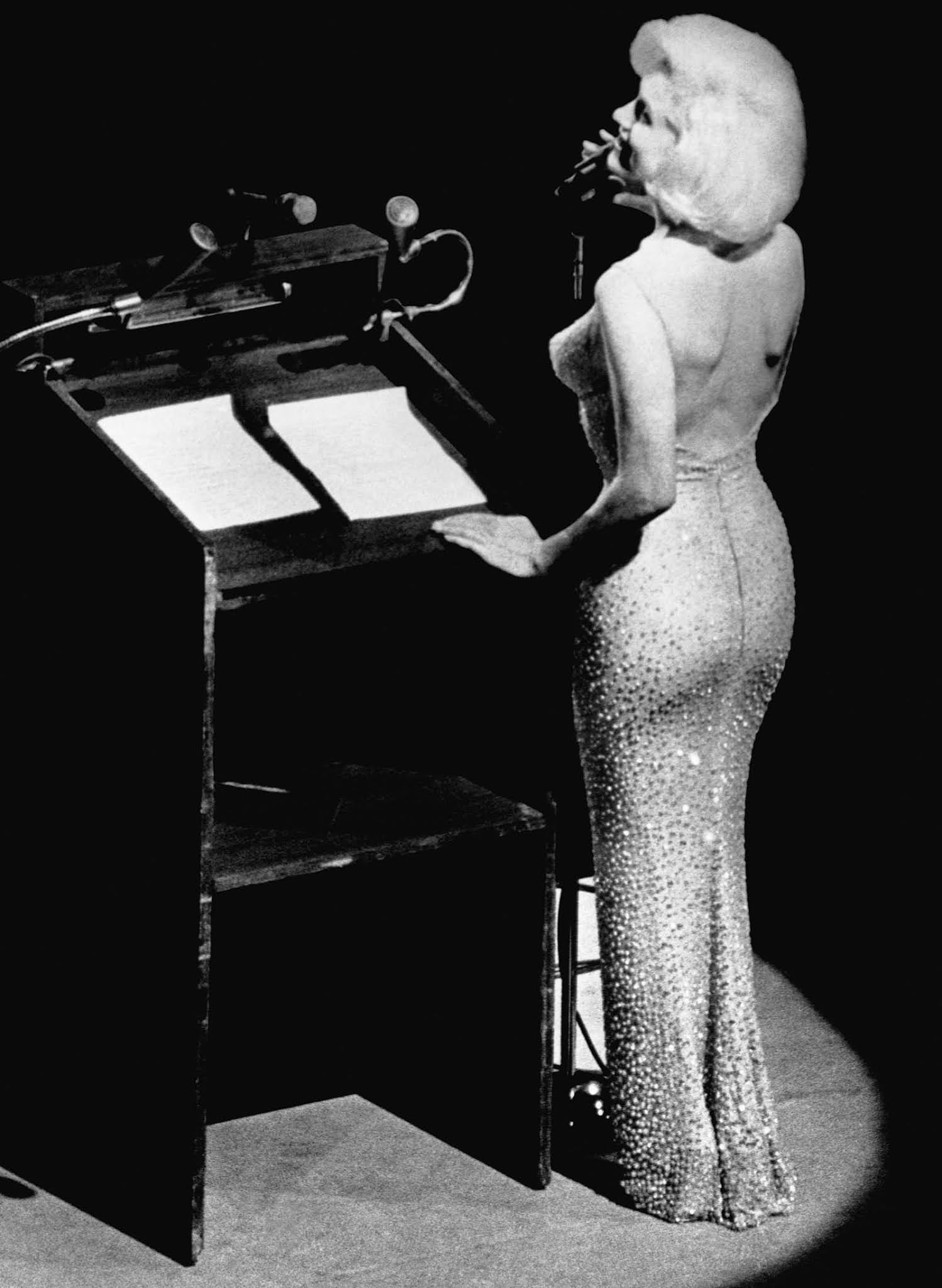 Mathilde Krim recalled, “Marilyn came dressed in a body stocking covered with sequins, which looked as if they were just stuck to her skin because the net was a flesh color.”

George Master added that Marilyn “reveled in that Jean Louis gown. She was flamboyant but somehow elegant and subtle about her nudity as if it were the most natural thing in the world not to wear underwear.”

President Kennedy’s birthday celebration was held at the third Madison Square Garden on May 19, 1962, and more than 15,000 people attended, including numerous celebrities. The event was a fundraising gala for the Democratic Party.

Monroe’s dress was made of a sheer and flesh-colored marquisette fabric, with 2,500 shimmering rhinestones sewn into it. The dress was so tight-fitting that Monroe had difficulty putting it on; she wore nothing under it.

The fundraiser birthday party was the last known night when Kennedy and Monroe may have crossed paths. After singing the supposedly scandalous version of “Happy Birthday,” Monroe transitioned into a rendition of “Thanks for the Memory” with lyrics she penned for the man of the hour. 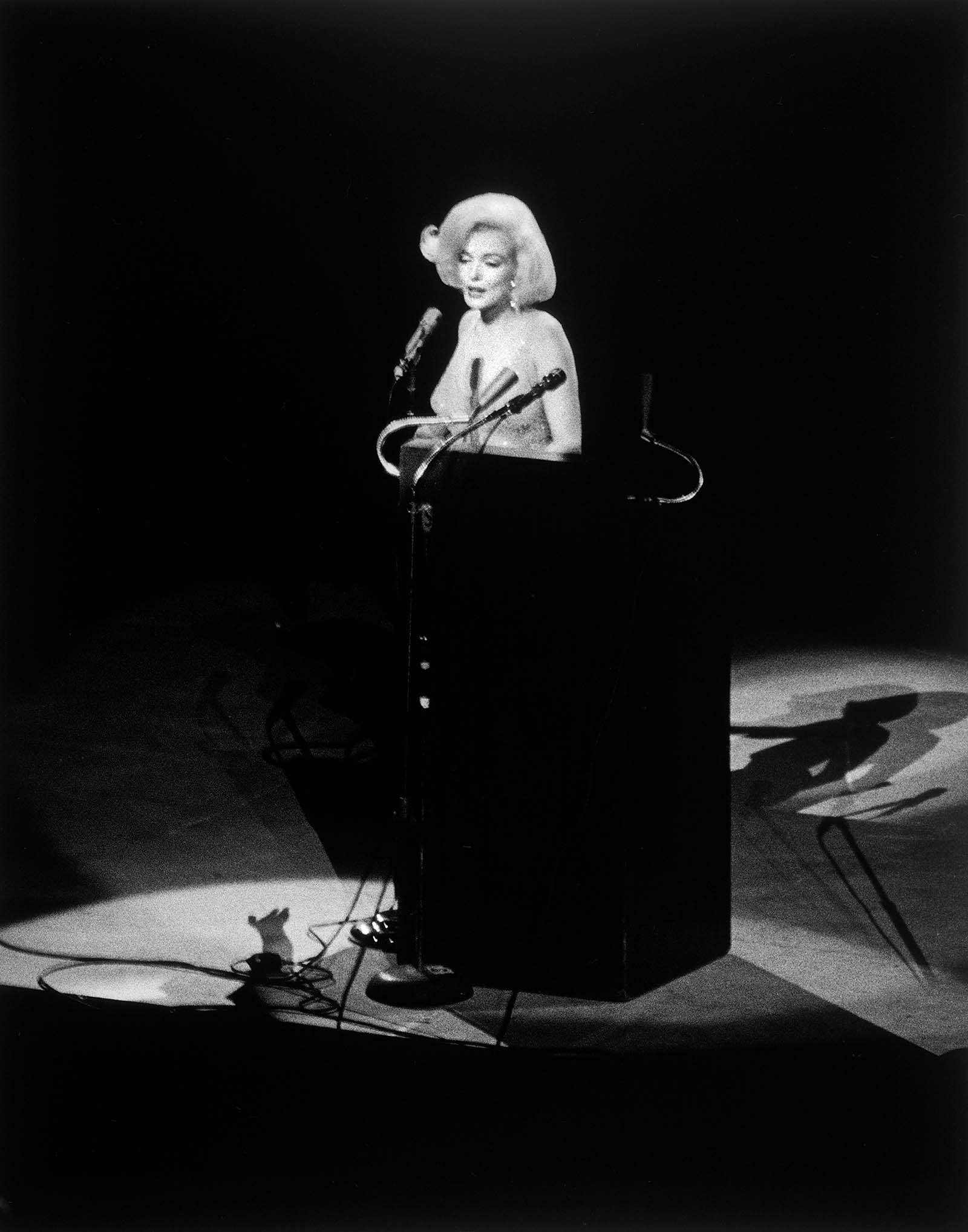 The performance was one of Monroe’s last major public appearances before her death less than three months later on August 4, 1962.

When JFK took the stage to thank her, he said, “I can now retire from politics after having had Happy Birthday sung to me in such a sweet, wholesome way,” alluding to Marilyn’s delivery, skintight dress, and image as a sex symbol.

If the public did not already believe that the Hollywood sex symbol and the commander-in-chief were secret lovers, Monroe’s sexy performance would make them the subjects of intense speculation for decades to come and lead to relentless tabloid reports filled with lies and doctored photos of the two of them together —especially since Monroe would die just months later. She was also rumored to have had an affair with JFK’s brother Robert as well.

According to biographer Donald Spoto, Monroe and JFK met four times between October 1961 and August 1962. Their only “sexual encounter” is believed to have taken place two months before the concert in a bedroom at Bing Crosby’s house on Mar. 24, 1962, her masseur Ralph Roberts has said.

Less than three months after this picture of them together, on August 5, 1962, Marilyn would be found dead of a barbiturate overdose in her Los Angeles home. She was 36. One year later, on November 22, 1963, President Kennedy was assassinated in Dallas, Texas. He was 46.