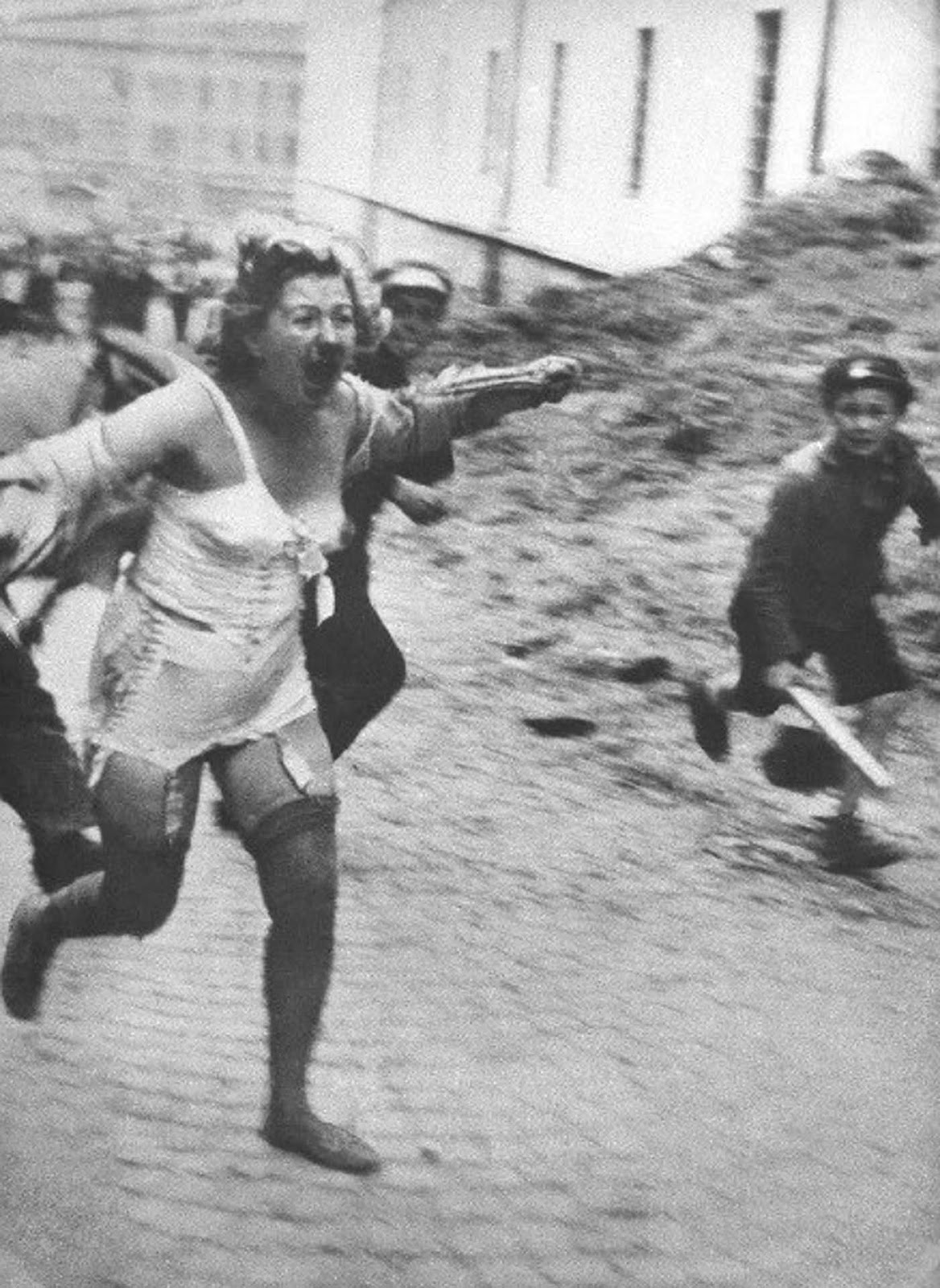 Chased by youth armed with clubs, this woman is fleeing from a “death dealer” whose left leg can be seen at the left-hand edge of the photograph.

The Lviv pogroms were the consecutive massacres of Jews living in the city of Lwów (now Lviv, Ukraine), perpetrated by Ukrainian nationalists from 30 June to 2 July 1941, and from 25 to 29 July 1941, during the Wehrmacht’s attack on Soviet-occupied eastern Poland in World War II.

Immediately after the German army entered Lviv, the prison gates were opened and the scale of the NKVD prisoner massacres carried out by the Soviets were revealed.

The report drafted by Judge Möller singled out the Jews as responsible for the Soviet atrocities in accordance with the Nazi theory of Judeo-Bolshevism, even though Polish Jews had nothing to do with the NKVD killings.

As observed by British-Polish historian Prof. Norman Davies: “in the [Lviv] personnel of the Soviet security police at the time, the high percentage of Jews was striking”.

The Einsatzgruppe C with the participation of the Ukrainian National Militia organized the first pogrom, chiefly in revenge for the combined killings at Lviv’s three prisons including Brygidki, Łąckiego, and Zamarstynowska Street prisons. 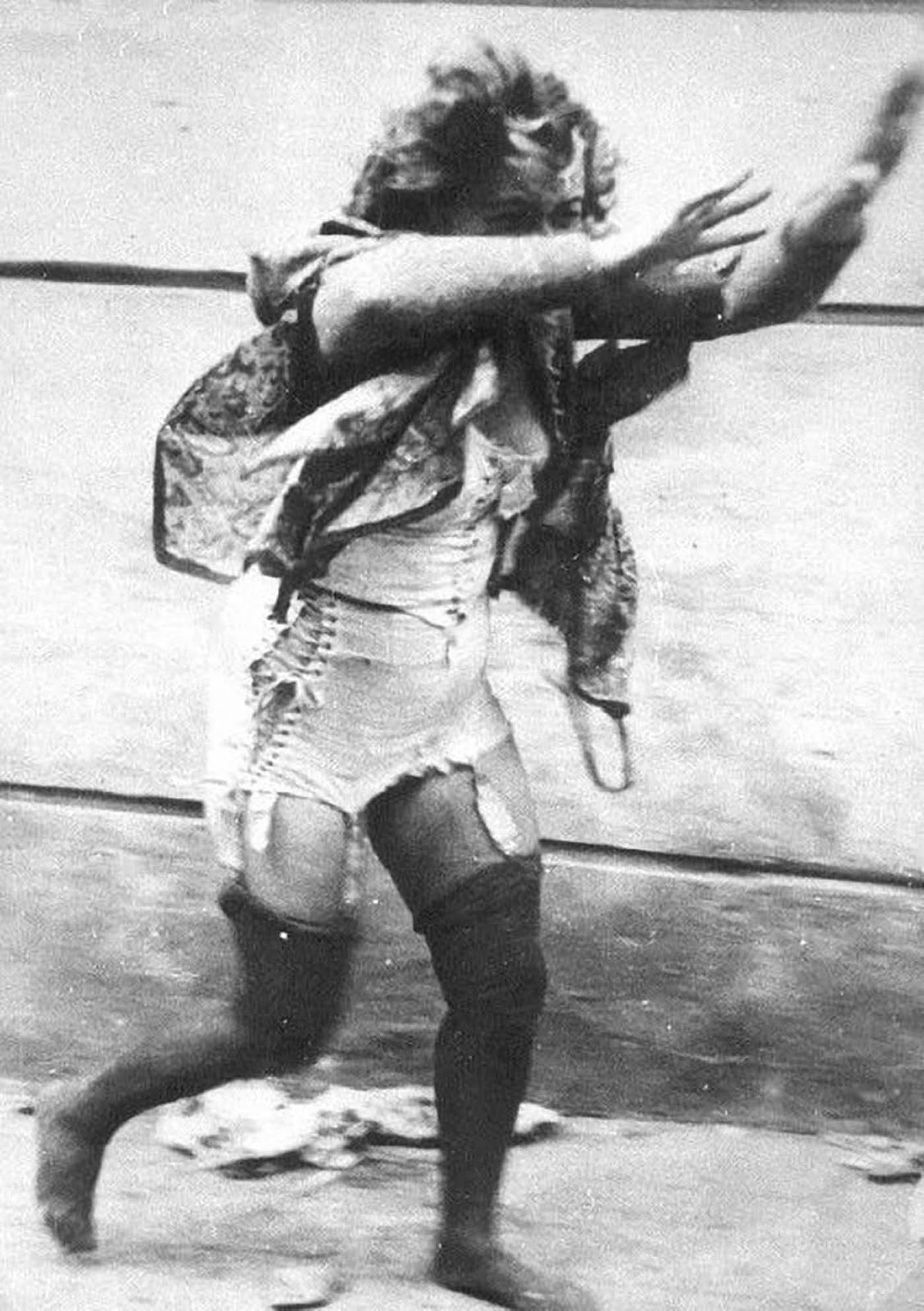 On the morning of 25 July 1941, the Ukrainian auxiliary police began arresting Jews in their homes, while the civilians participated in acts of violence against them in the streets.

A second pogrom took place in the last days of July 1941 and was labeled “Petlura Days” (Aktion Petliura) after the assassinated Ukrainian leader Symon Petliura.

The killings were organized with German encouragement, but the pogrom also had ominous undertones of religious bigotry and with Ukrainian militants from outside the city joining the fray with farm tools.

On the morning of 25 July 1941, the Ukrainian auxiliary police began arresting Jews in their homes, while the civilians participated in acts of violence against them in the streets.

Captured Jews were dragged to the Jewish cemetery and to the Łąckiego Street prison, where they were fatally shot out of the public eye. Some 2,000 people were murdered in approximately three days.

According to the historian of the Holocaust Richard Breitman, 5,000 Jews died as a result of these pogroms. Additional 2,500 to 3,000 Jews were shot (between these two closely connected pogroms) by death squads of Einsatzgruppe.