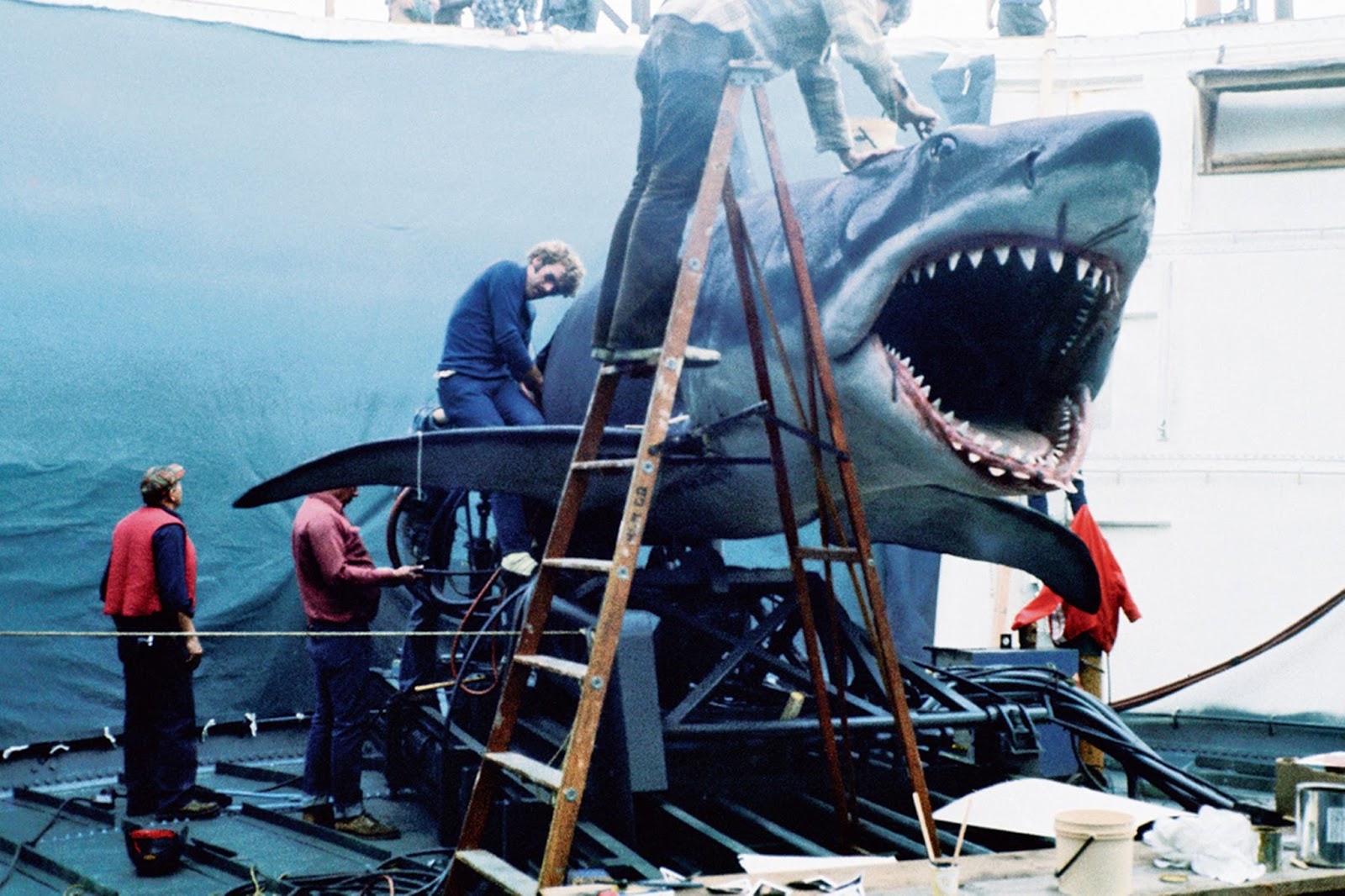 Jaws is a 1975 American thriller film directed by Steven Spielberg, based on the 1974 novel by Peter Benchley. It stars Roy Scheider as police chief Martin Brody who, with the help of a marine biologist (Richard Dreyfuss) and a professional shark hunter (Robert Shaw), hunts a man-eating great white shark that is attacking beachgoers at a summer resort town.

Murray Hamilton plays the mayor, and Lorraine Gary portrays Brody’s wife. The screenplay is credited to Benchley, who wrote the first drafts, and actor-writer Carl Gottlieb, who rewrote the script during principal photography.

Shot mostly on location on Martha’s Vineyard in Massachusetts, Jaws was the first major motion picture to be shot on the ocean, and consequently had a troubled production with issues such as going over budget and past schedule.

As the art department’s mechanical sharks often malfunctioned, Spielberg decided mostly to suggest the shark’s presence, employing an ominous and minimalist theme created by composer John Williams to indicate its impending appearances. Spielberg and others have compared this suggestive approach to that of director Alfred Hitchcock.

Universal Pictures’ release of the film to over 450 screens was an exceptionally wide release for a major studio picture at the time, and it was accompanied by an extensive marketing campaign with a heavy emphasis on television spots and tie-in merchandise.

Jaws was the prototypical summer blockbuster, regarded as a watershed moment in motion picture history, and it won several awards for its music and editing. It was the highest-grossing film until the release of Star Wars in 1977.

Both films were pivotal in establishing the modern Hollywood business model, which pursues high box-office returns from action and adventure films with simple high-concept premises, released during the summer in thousands of theaters and advertised heavily. 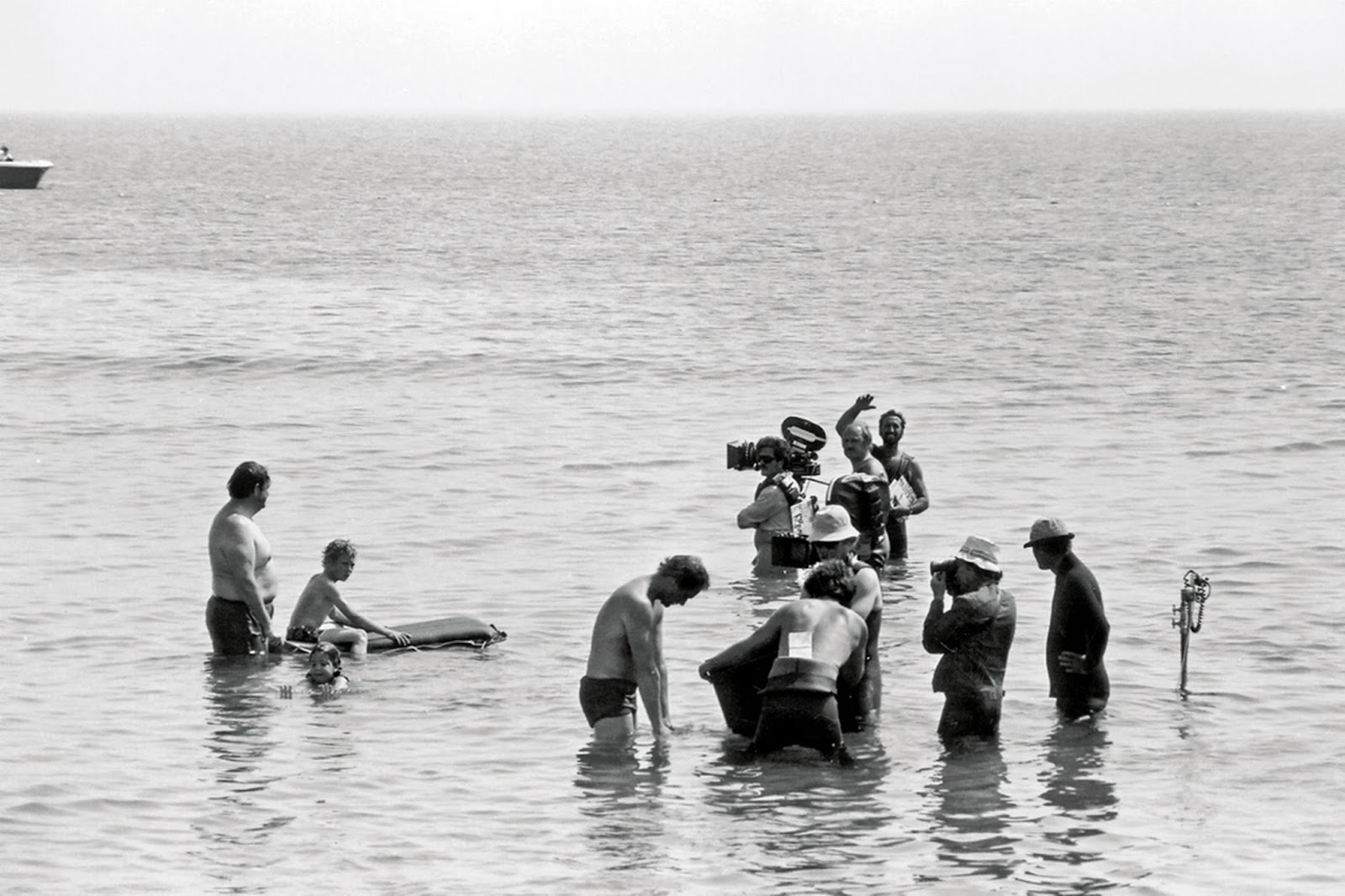 Jaws was key in establishing the benefits of a wide national release backed by heavy television advertising, rather than the traditional progressive release in which a film slowly entered new markets and built support over time.

Saturation booking, in which a film opens simultaneously at thousands of theaters, and massive media buys are now commonplace for the major Hollywood studios

The film had broader cultural repercussions, as well. Similar to the way the pivotal scene in 1960’s Psycho made showers a new source of anxiety, Jaws led many viewers to fear going into the ocean.

Reduced beach attendance in 1975 was attributed to it, as well as more reported shark sightings. It is still seen as responsible for perpetuating negative stereotypes about sharks and their behavior, and for producing the so-called “Jaws effect”, which allegedly inspired “legions of fishermen [who] piled into boats and killed thousands of the ocean predators in shark-fishing tournaments.”

Benchley stated that he would not have written the original novel had he known what sharks are really like in the wild. Conservation groups have bemoaned the fact that the film has made it considerably harder to convince the public that sharks should be protected. 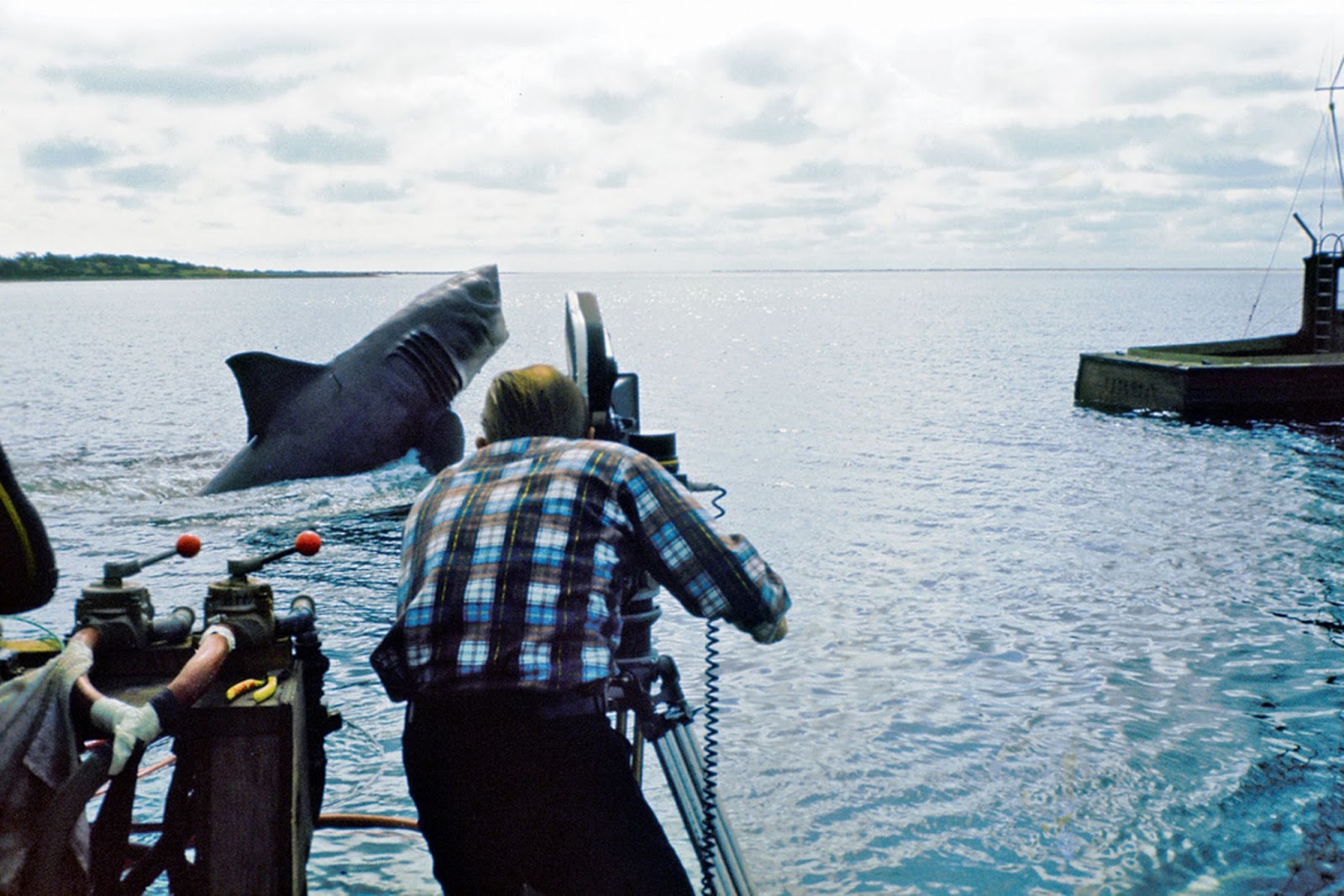 Jaws received mostly positive reviews upon release. Roger Ebert of the Chicago Sun-Times gave the film four stars, calling it “a sensationally effective action picture, a scary thriller that works all the better because it’s populated with characters that have been developed into human beings”.

According to The New Yorker’s Pauline Kael, it was “the most cheerfully perverse scare movie ever made … [with] more zest than an early Woody Allen picture, a lot more electricity, [and] it’s funny in a Woody Allen sort of way”.

For New Times magazine, Frank Rich wrote, “Spielberg is blessed with a talent that is absurdly absent from most American filmmakers these days: this man actually knows how to tell a story on screen. … It speaks well of this director’s gifts that some of the most frightening sequences in Jaws are those where we don’t even see the shark.”

Writing for New York magazine, Judith Crist described the film as “an exhilarating adventure entertainment of the highest order” and complimented its acting and “extraordinary technical achievements”.

Rex Reed praised the “nerve-frying” action scenes and concluded that “for the most part, Jaws is a gripping horror film that works beautifully in every department”. 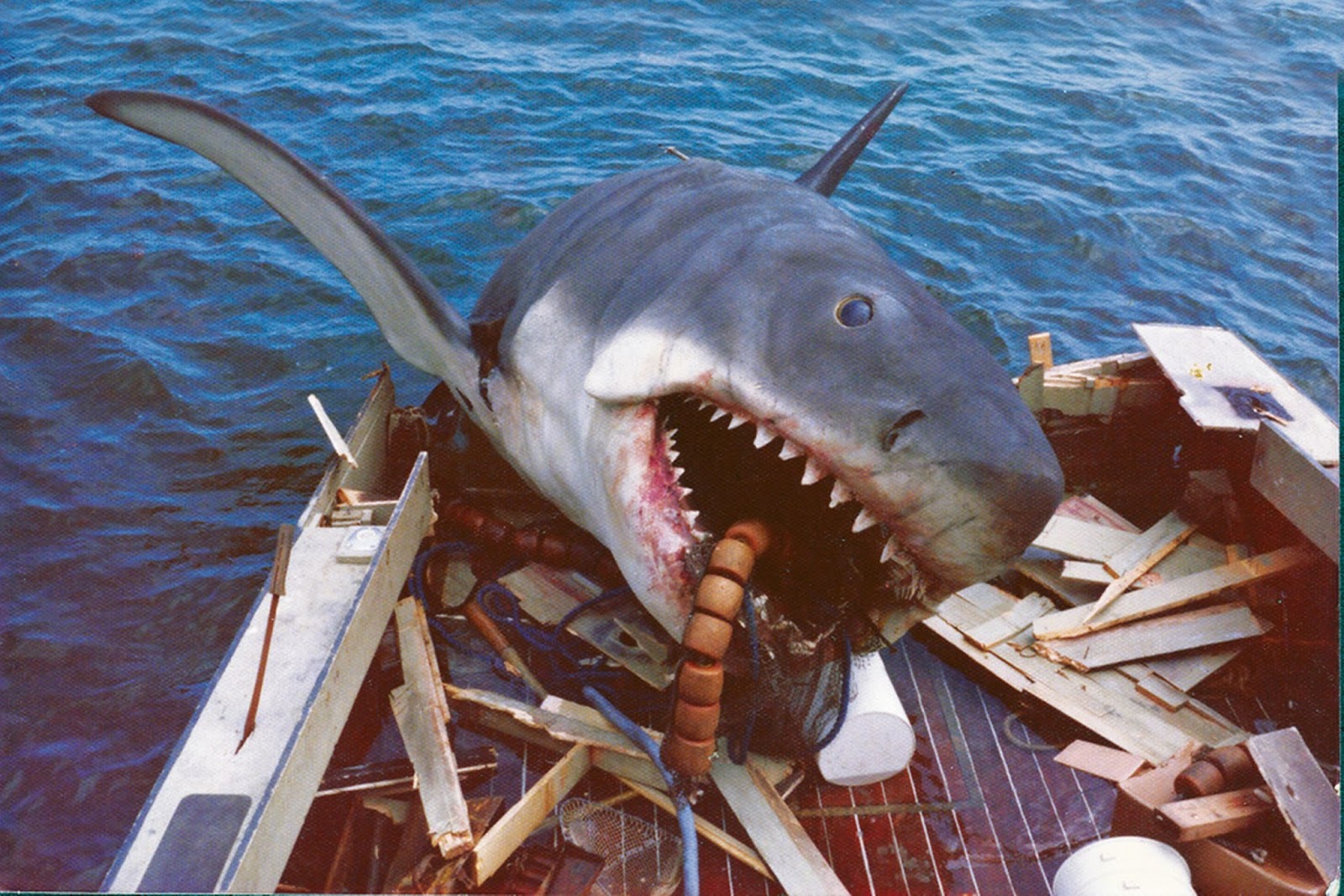 Vincent Canby of The New York Times wrote, “It’s a measure of how the film operates that not once do we feel particular sympathy for any of the shark’s victims. … In the best films, characters are revealed in terms of the action. In movies like Jaws, characters are simply functions of the action … like stage hands who move props around and deliver information when it’s necessary”.

Los Angeles Times critic Charles Champlin disagreed with the film’s PG rating, saying that “Jaws is too gruesome for children, and likely to turn the stomach of the impressionable at any age. … It is a coarse-grained and exploitative work which depends on excess for its impact. Ashore it is a bore, awkwardly staged and lumpily written.”

Marcia Magill of Films in Review said that while Jaws “is eminently worth seeing for its second half”, she felt that before the protagonists’ pursuit of the shark the film was “often flawed by its busyness”.

William S. Pechter of Commentary described Jaws as “a mind-numbing repast for sense-sated gluttons” and “filmmaking of this essentially manipulative sort”; Molly Haskell of The Village Voice similarly characterized it as a “scare machine that works with computer-like precision. … You feel like a rat, being given shock therapy”.

The most frequently criticized aspect of the film has been the artificiality of its mechanical antagonist: Magill declared that “the programmed shark has one truly phony close-up”, and in 2002, online reviewer James Berardinelli said that if not for Spielberg’s deftly suspenseful direction, “we would be doubled over with laughter at the cheesiness of the animatronic creature.”

Halliwell’s Film Guide stated that “despite genuinely suspenseful and frightening sequences, it is a slackly narrated and sometimes flatly handled thriller with an over-abundance of dialogue and, when it finally appears, a pretty unconvincing monster.” 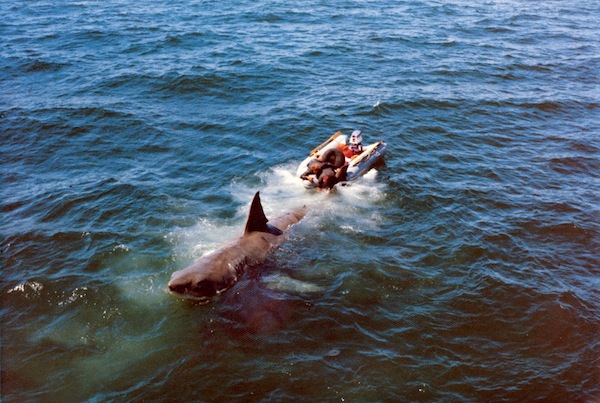 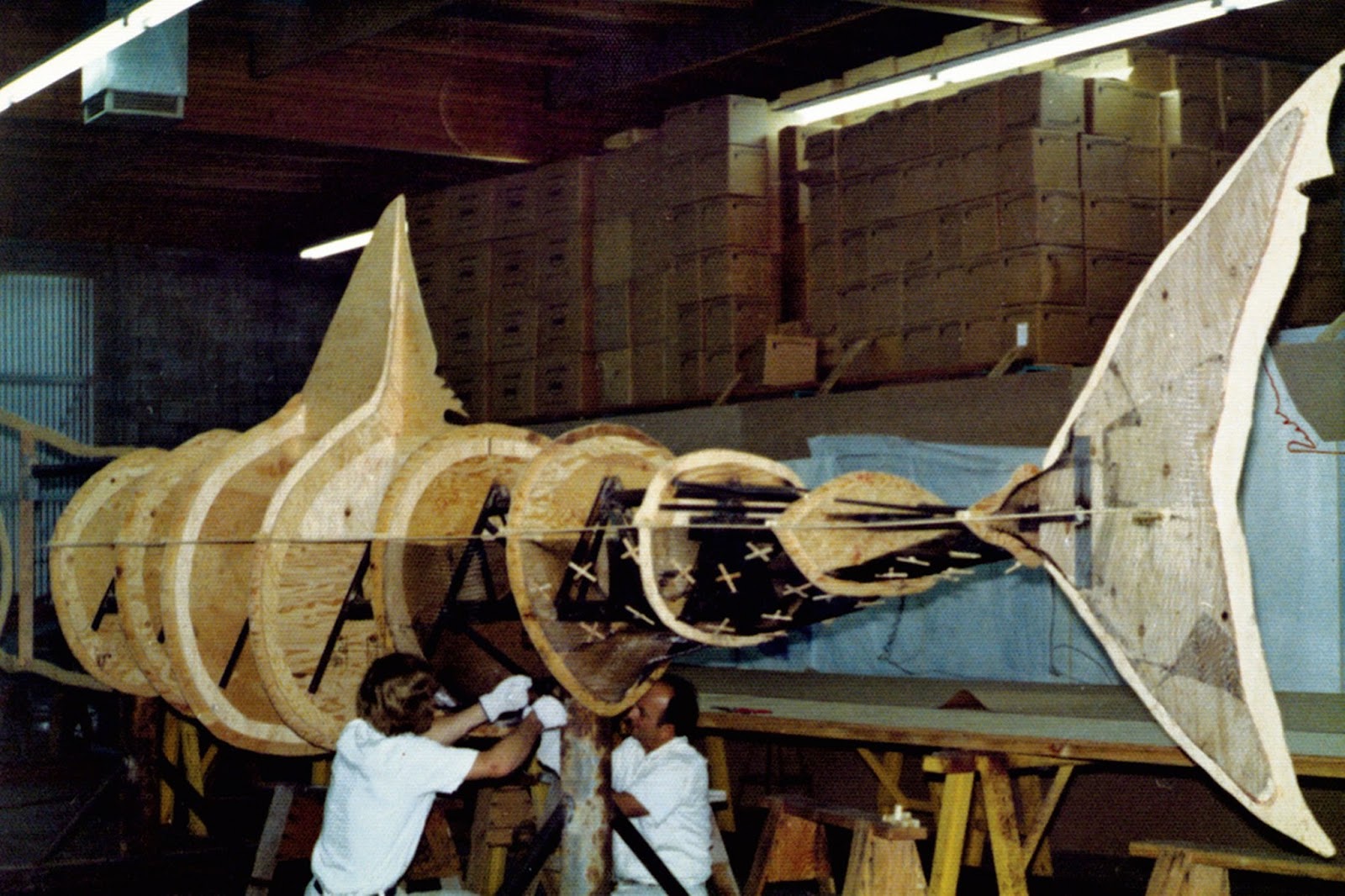 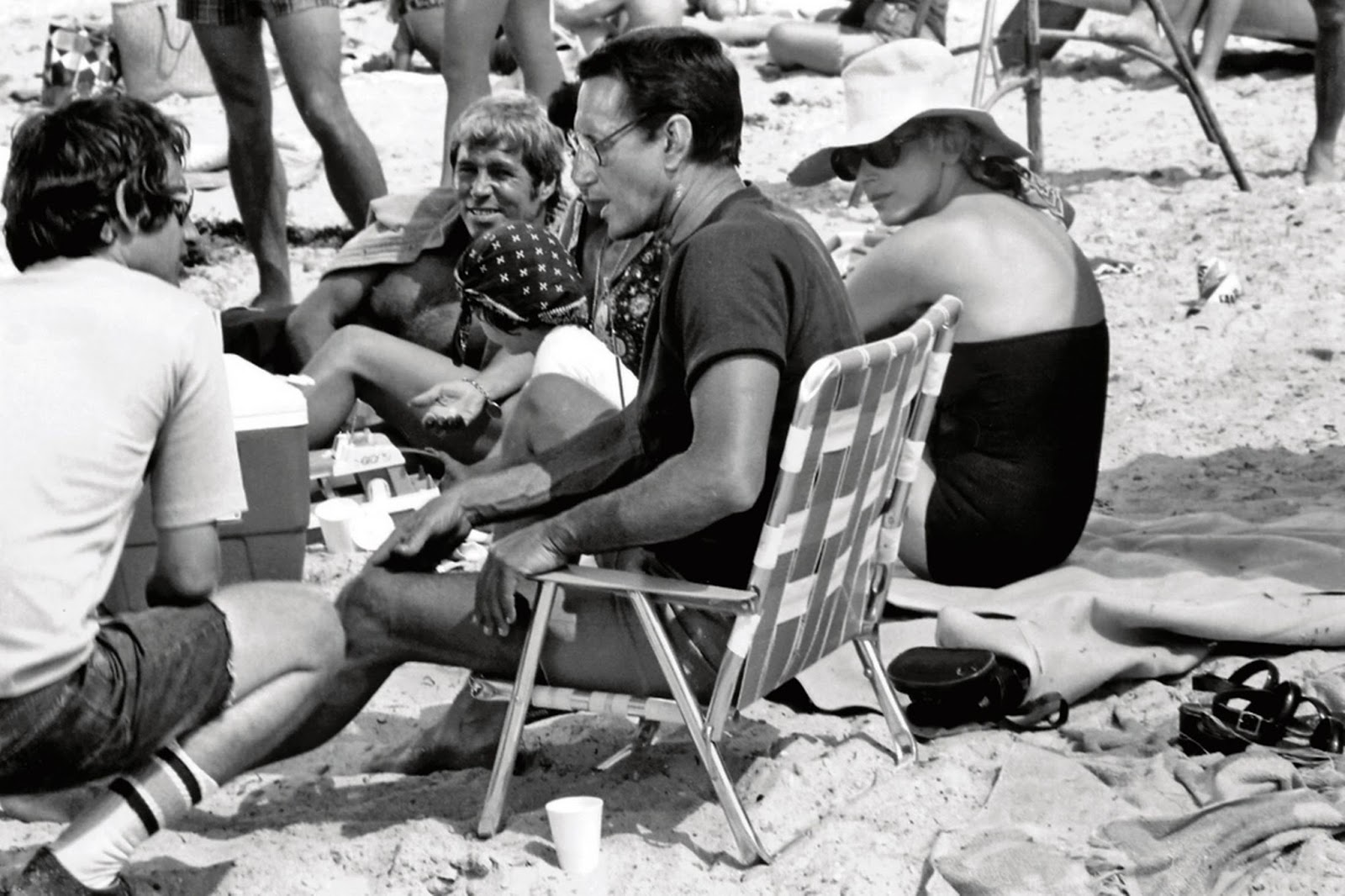 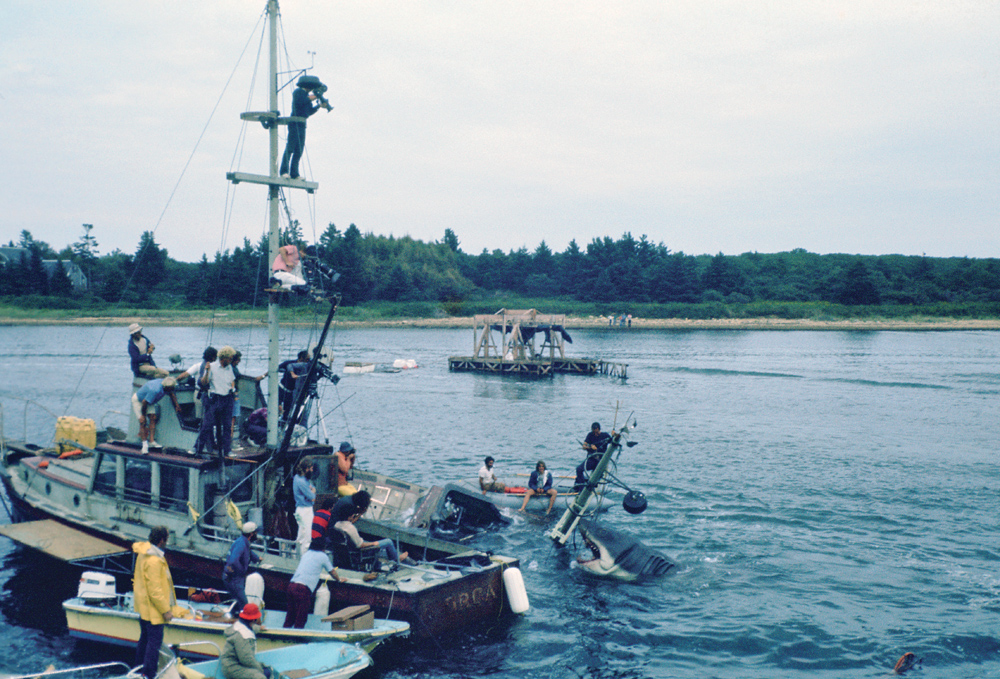 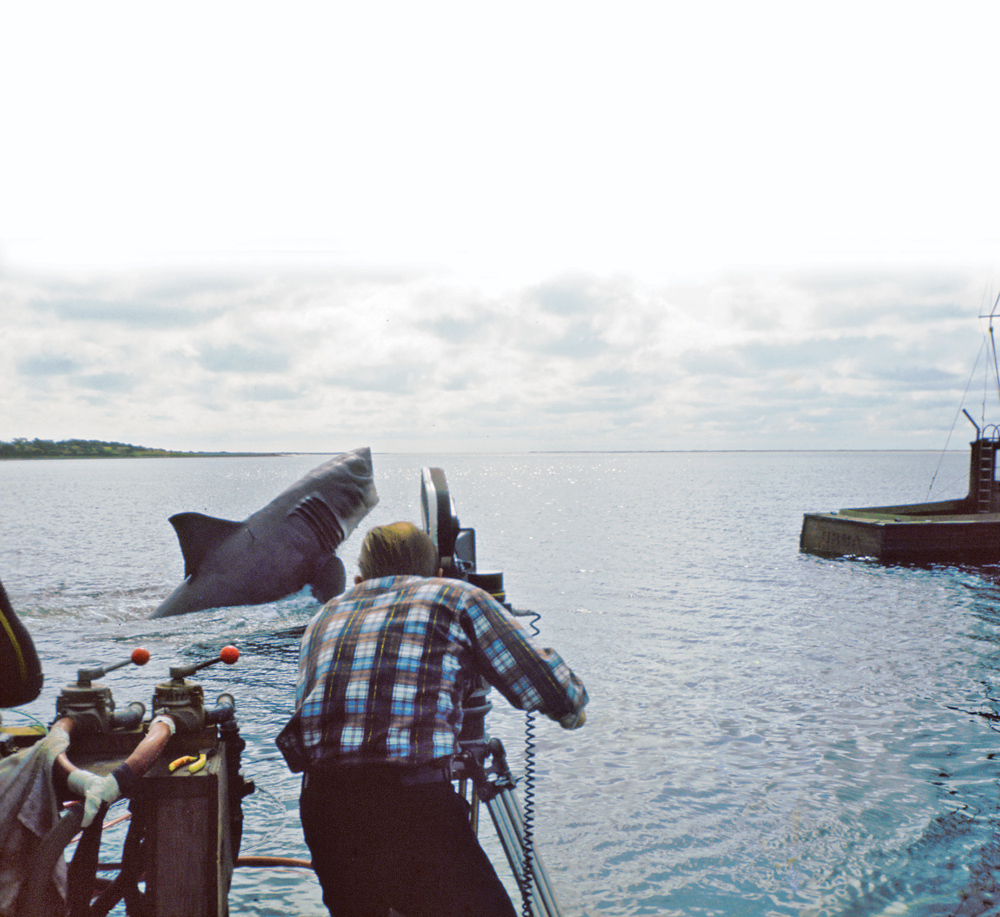 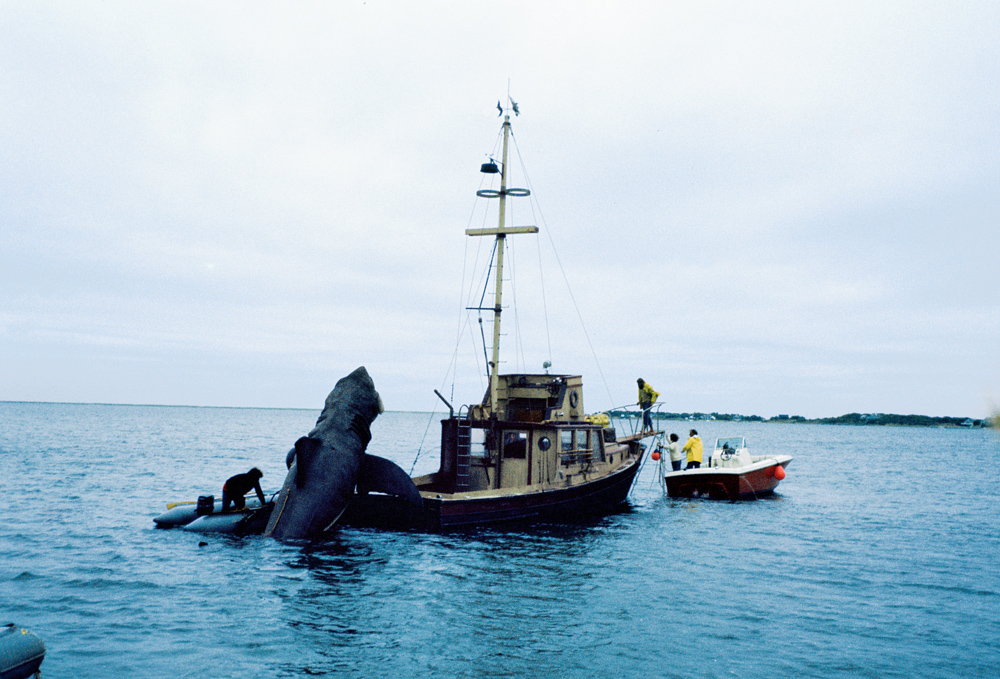 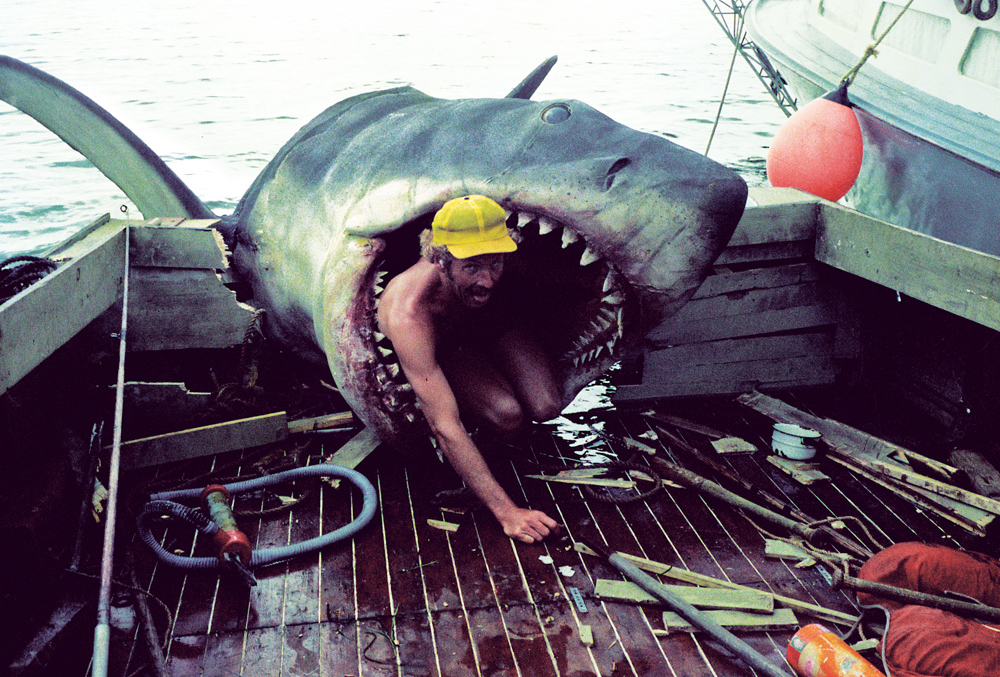 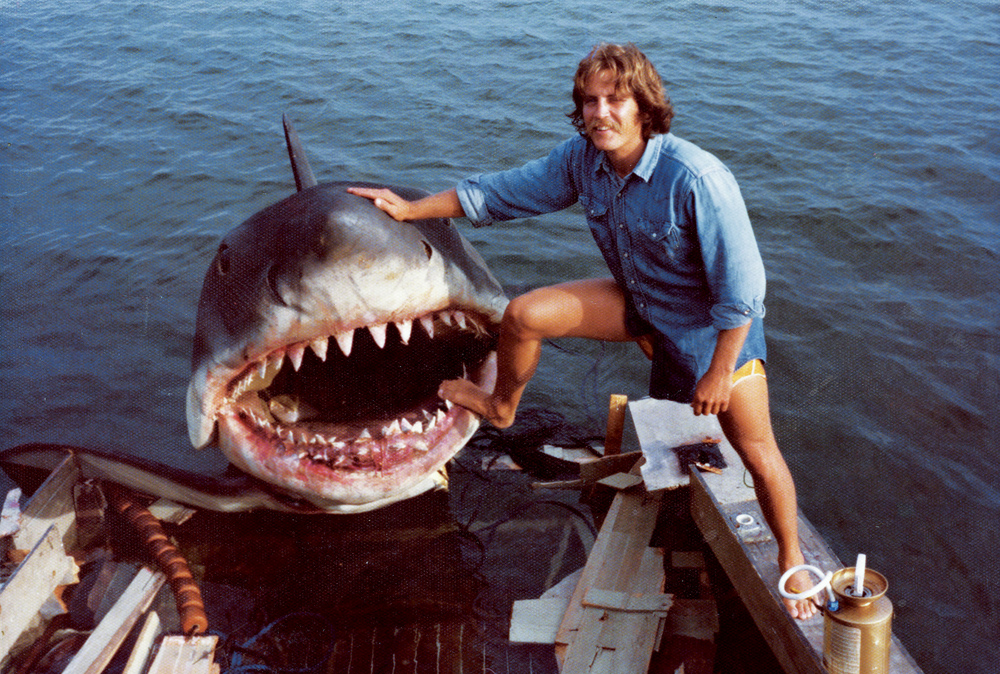 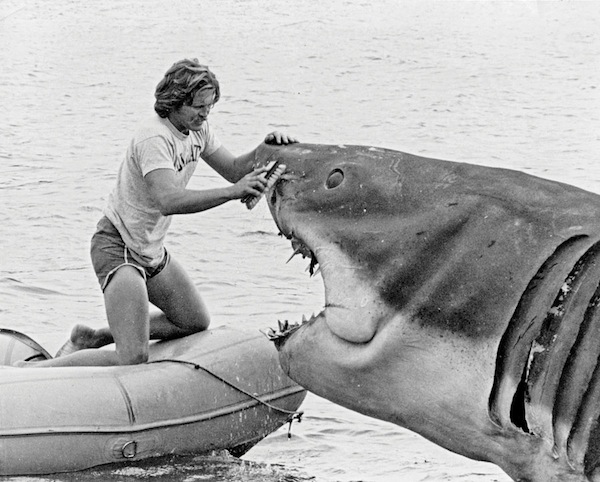 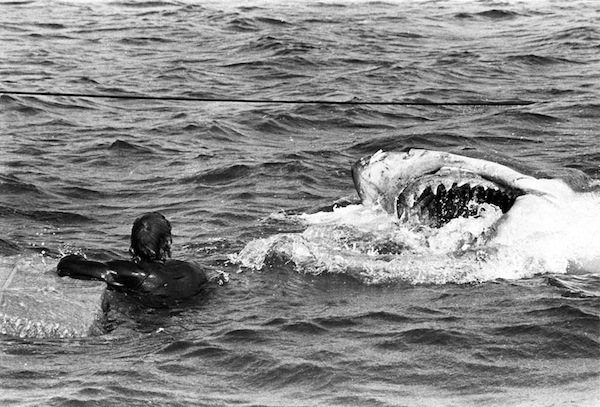 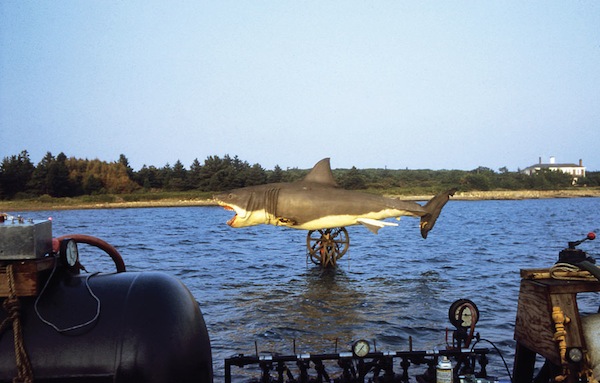 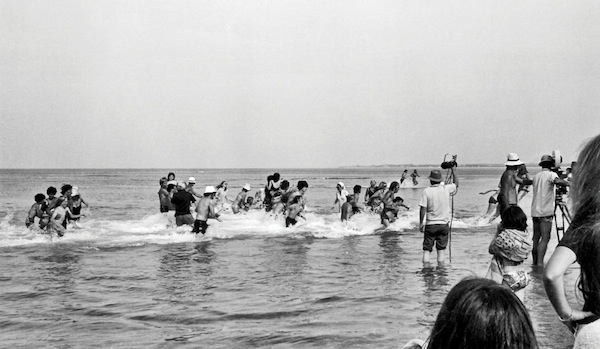 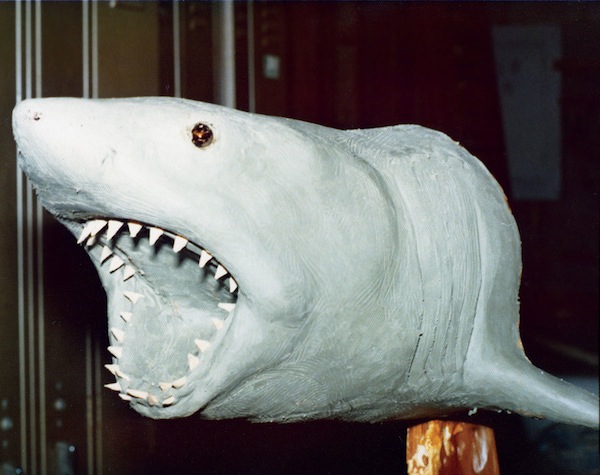 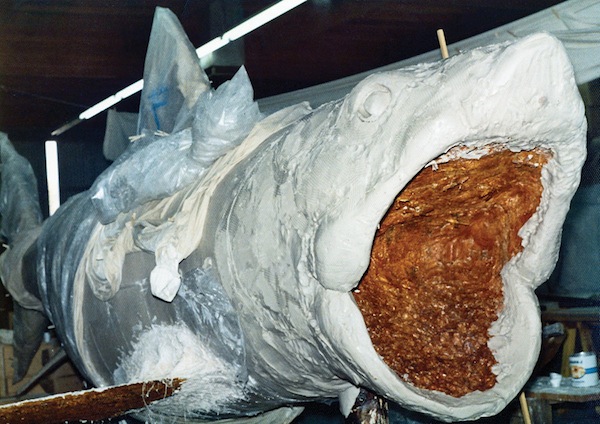 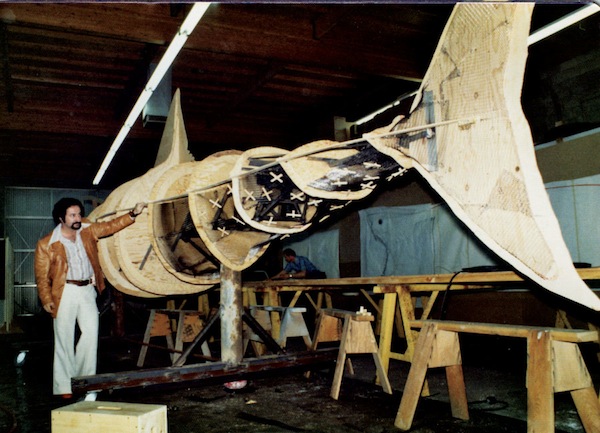 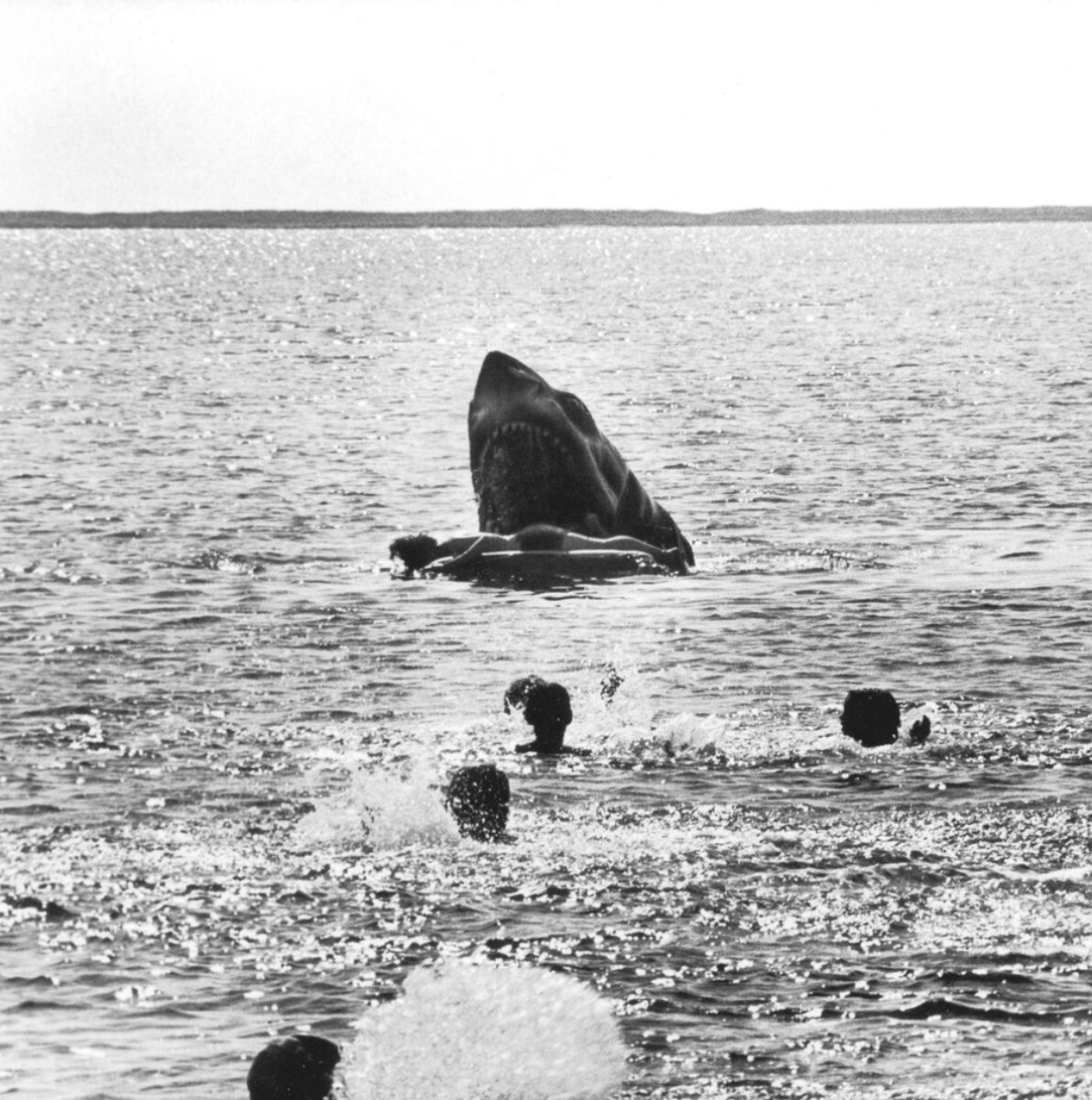 A rare behind the scenes image from a deleted scene of ‘Jaws’ showing the shark killing Little Alex Kintner. 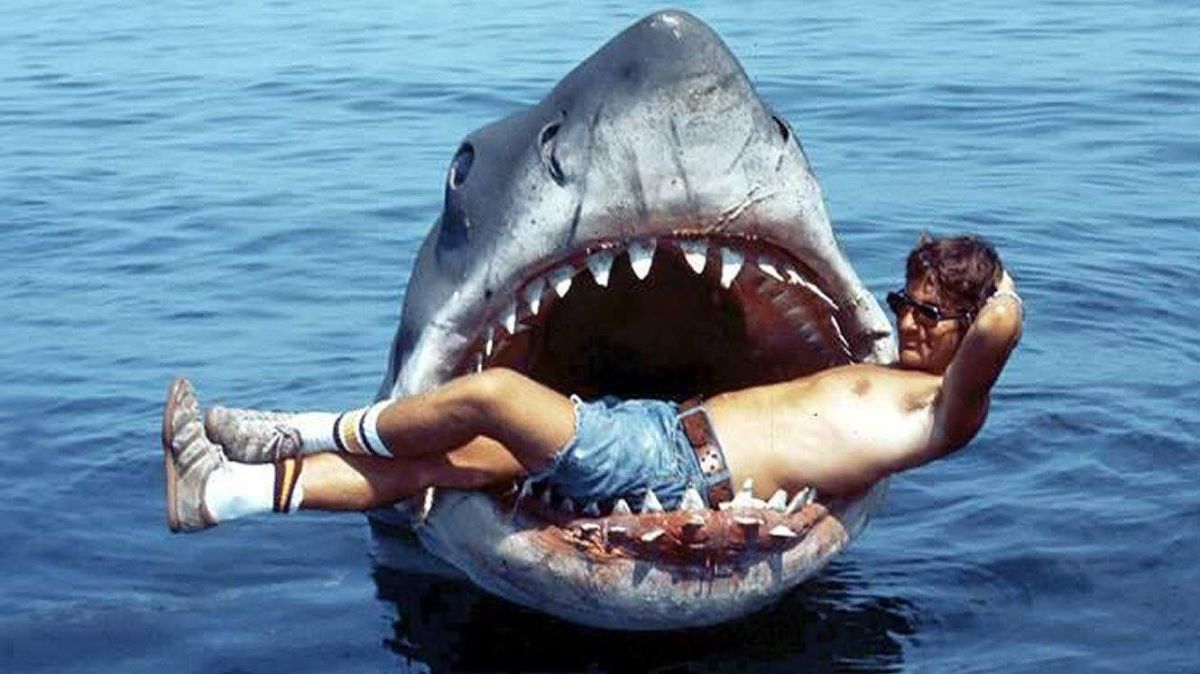 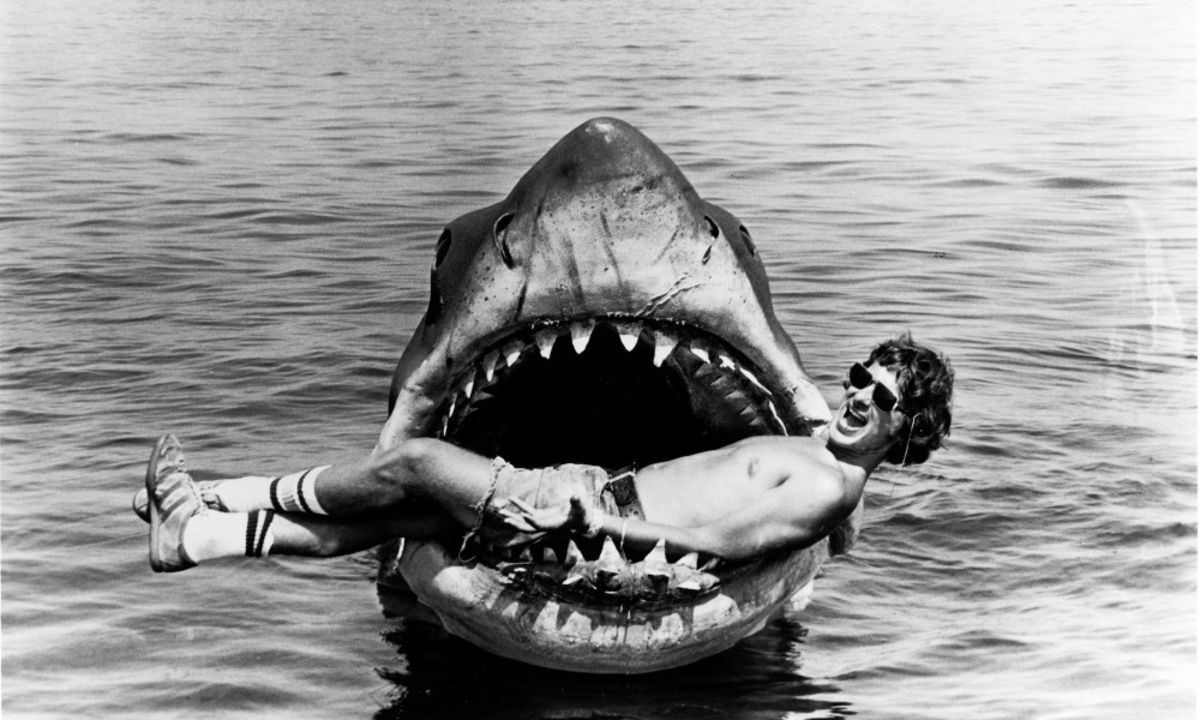 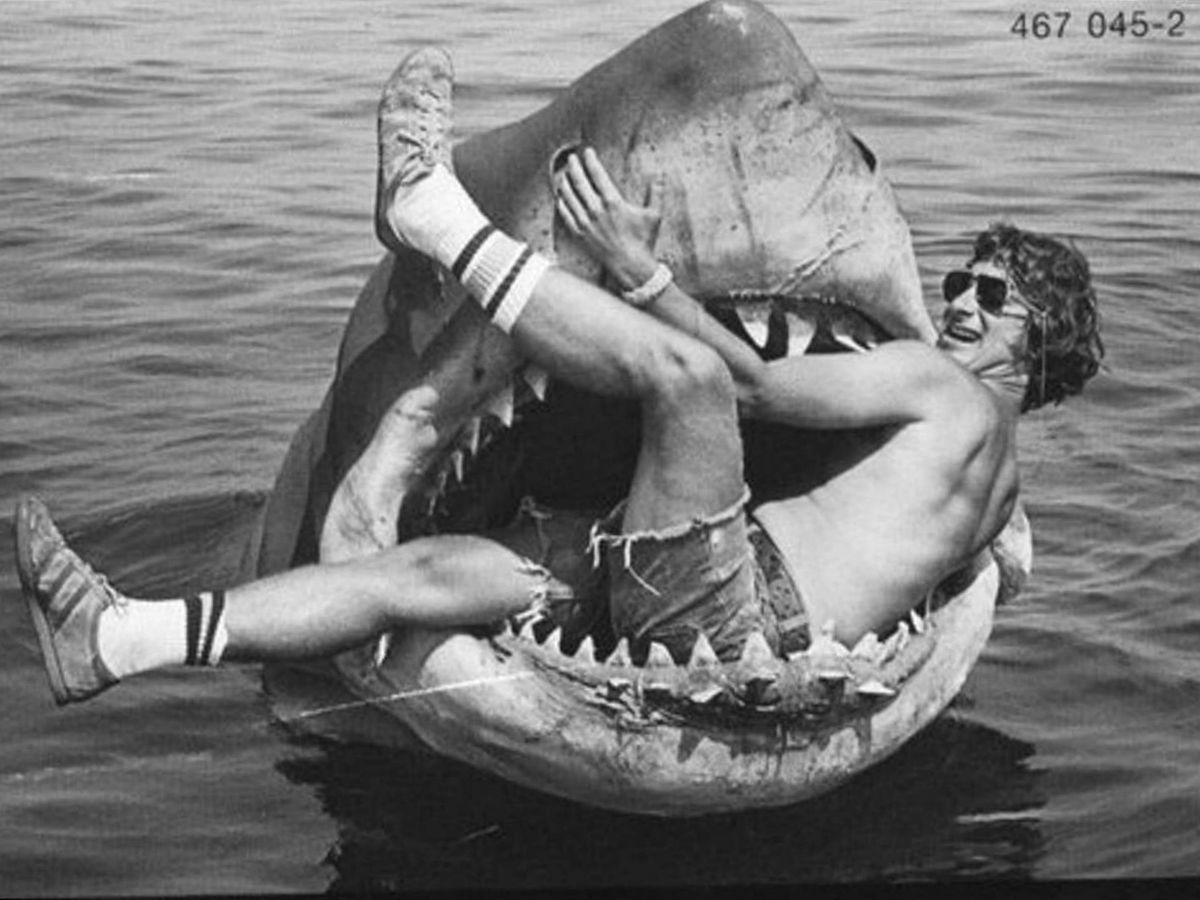 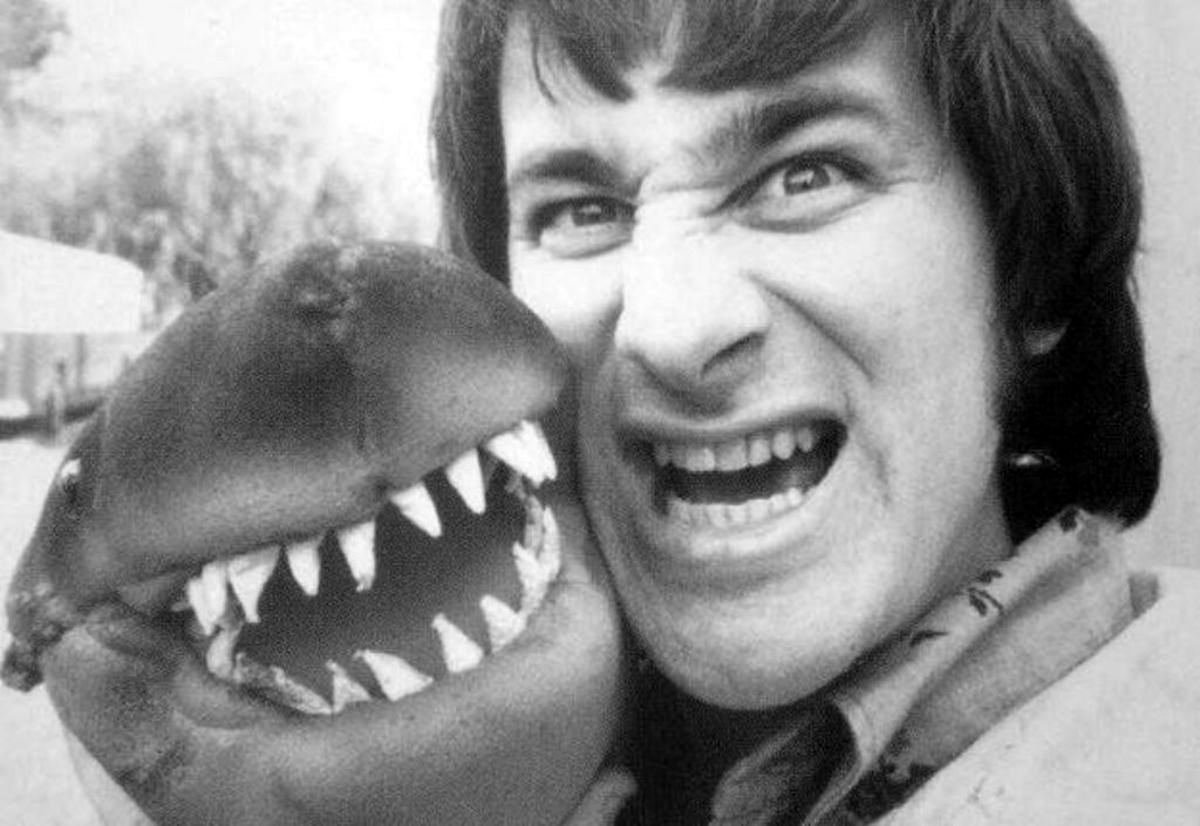 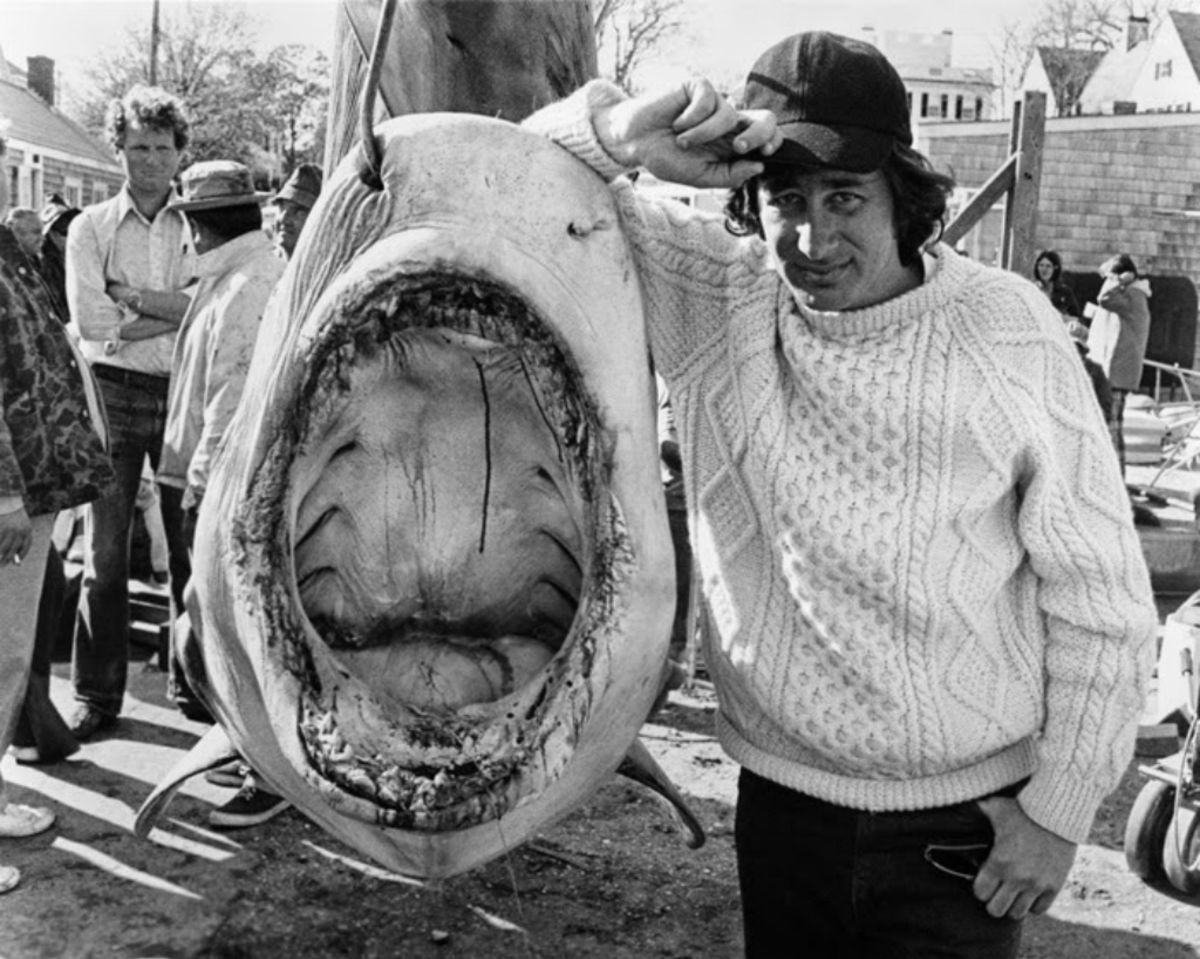 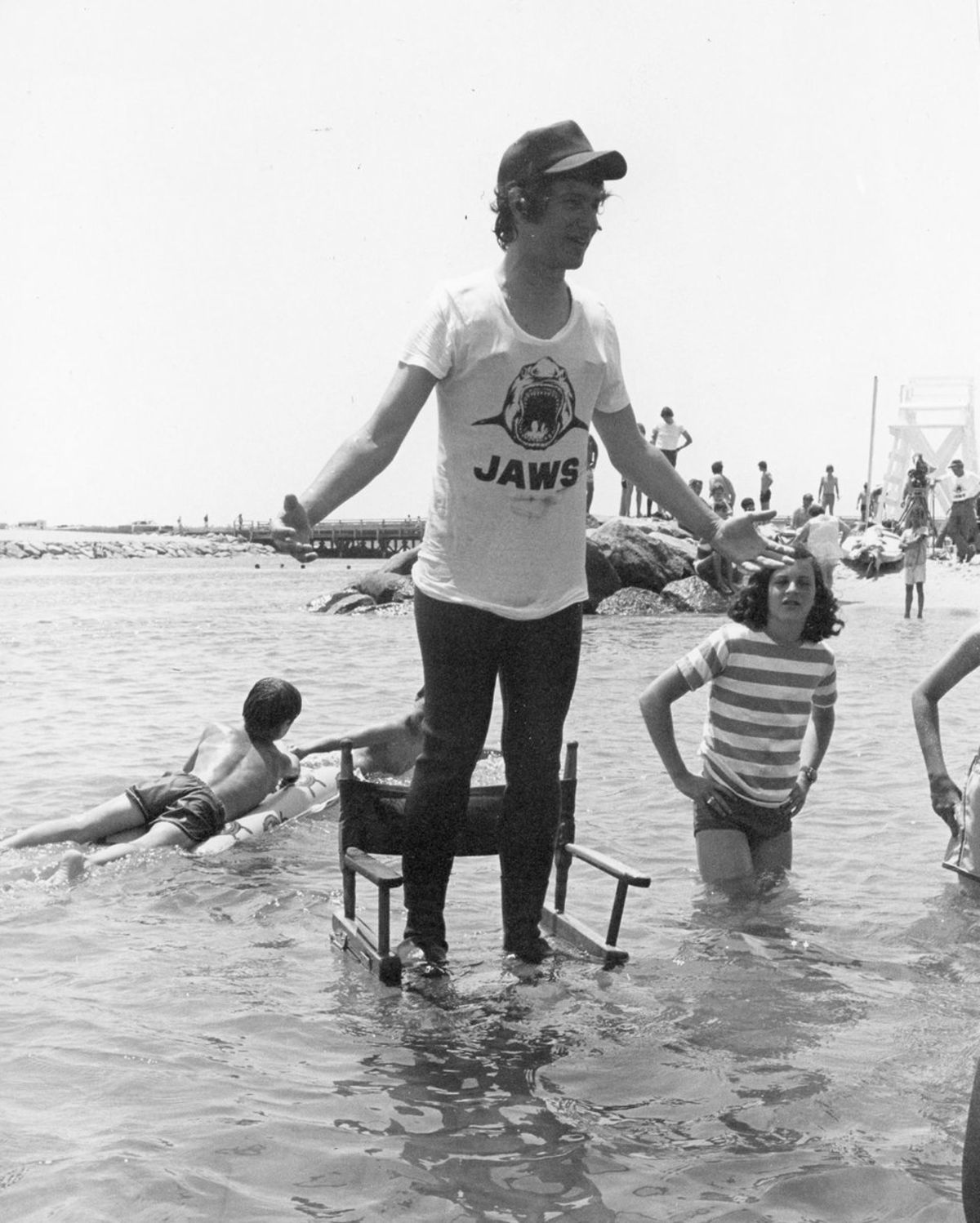 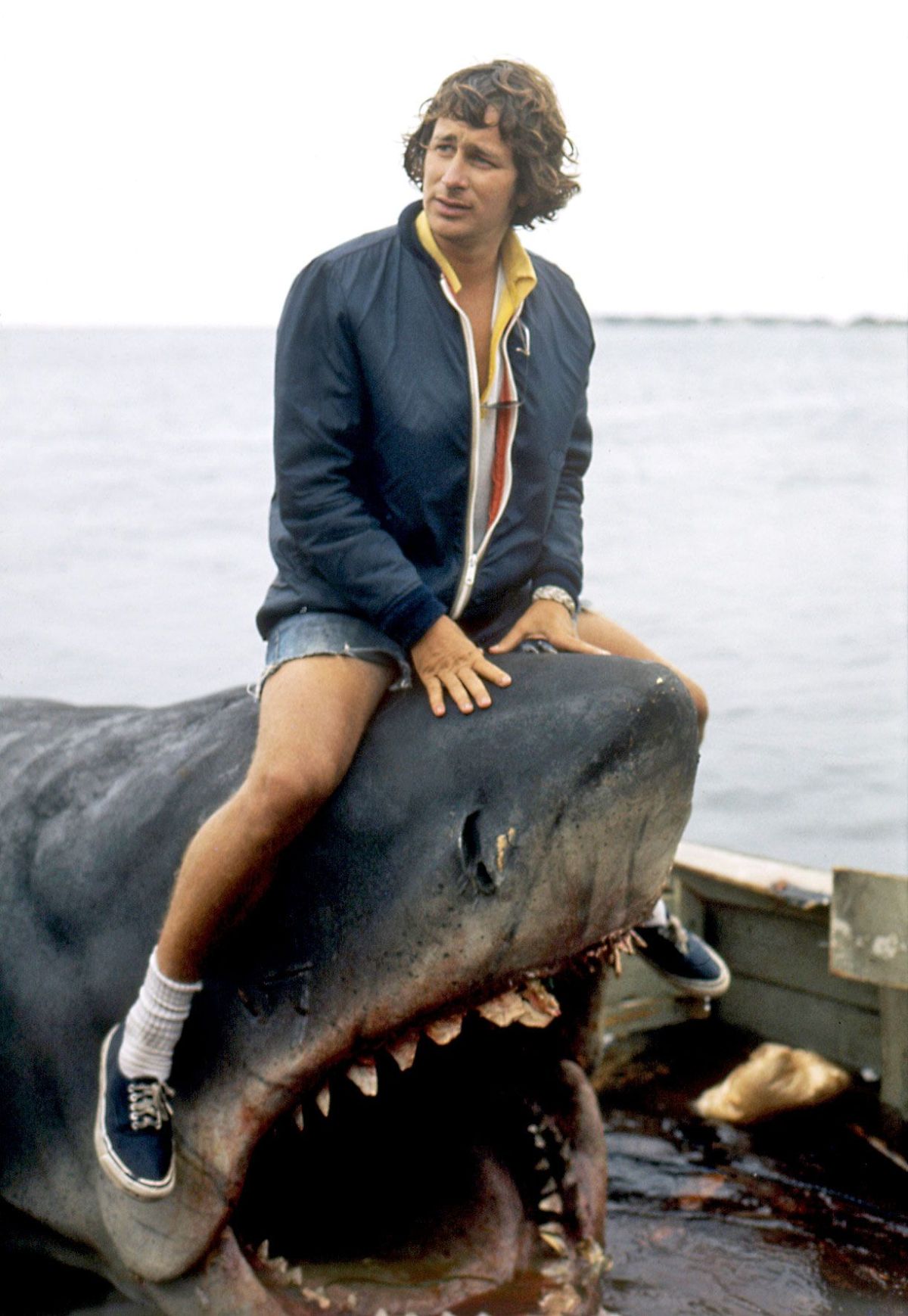 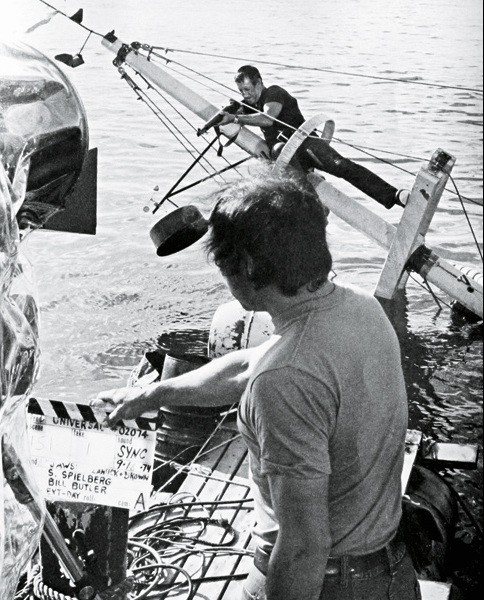 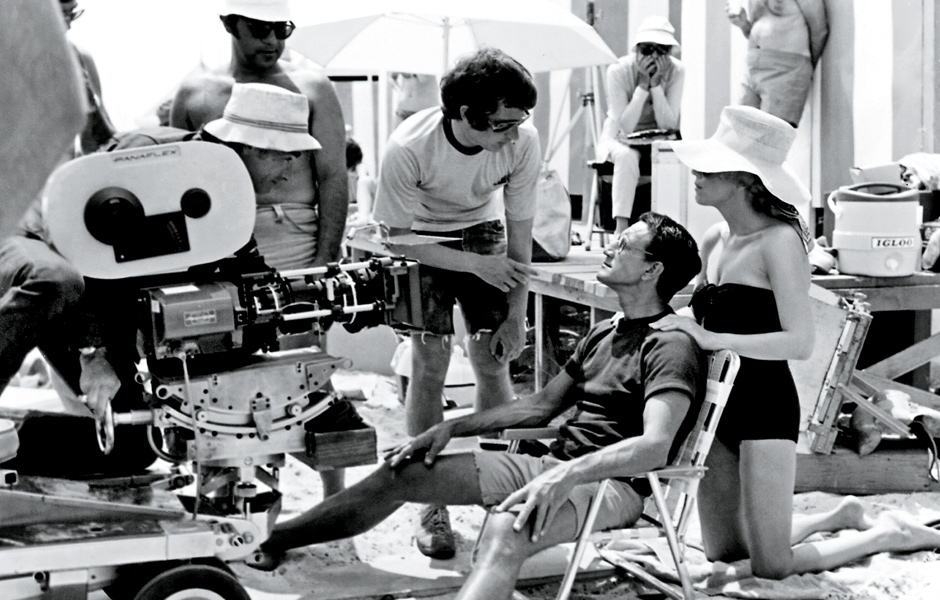 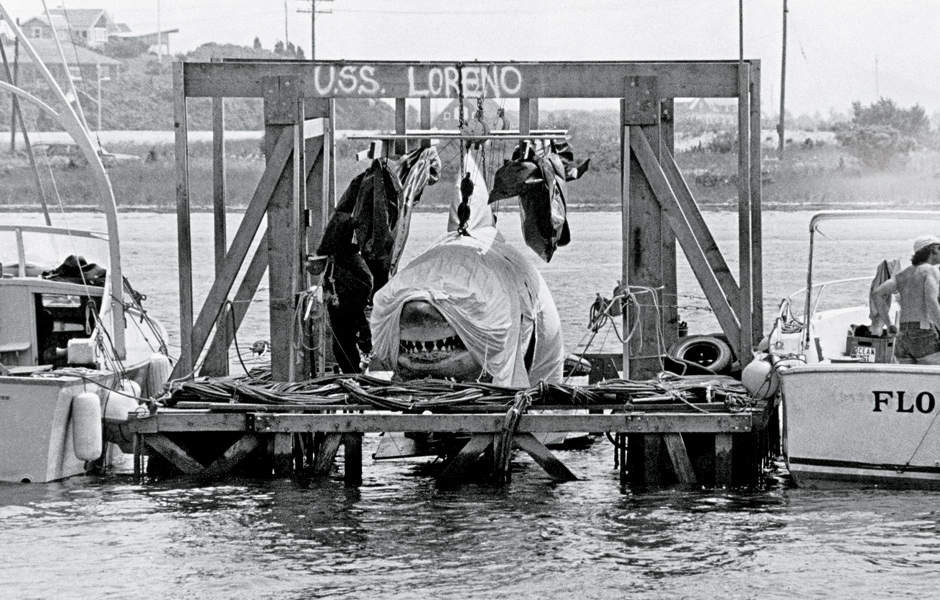