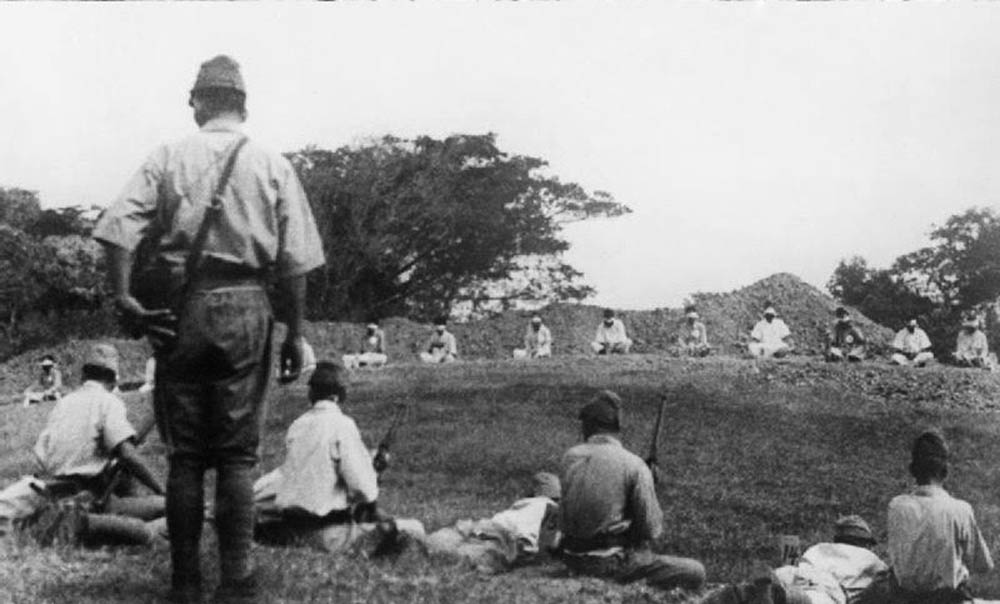 The Japanese treatment of prisoners of war in World War II was barbaric. The men shown in the above picture are part of the Sikh Regiment of the British Indian Army. All of them are sitting in the traditional cross-legged prayer position.

They’re probably reciting their final prayers as this picture was being taken. It’s very morbid if you think about it. The vast majority of Indian soldiers captured when Singapore fell belonged to Sikh community. These photographs were found among Japanese records when British troops retook Singapore.

If you examine carefully the second picture you’ll note a marker hanging over the heart of each prisoner and the stakes in front bear of the rifle. Each target position is marked with a number, indicating that the soldier in position one is going to shoot the prisoner on position one, and so on.

The positions where the targets are located are generally called “the butts”. This is target practice, not a straightforward military execution by firing squad.

A firing squad usually has a half-dozen or more shooters per condemned, to guarantee a pretty instant death. In this case, shooters are assigned one per victim. Moreover, in a military execution, victims don’t get bayoneted at the end. If any are still alive, the officer in charge should administer a coup de grace with a pistol. 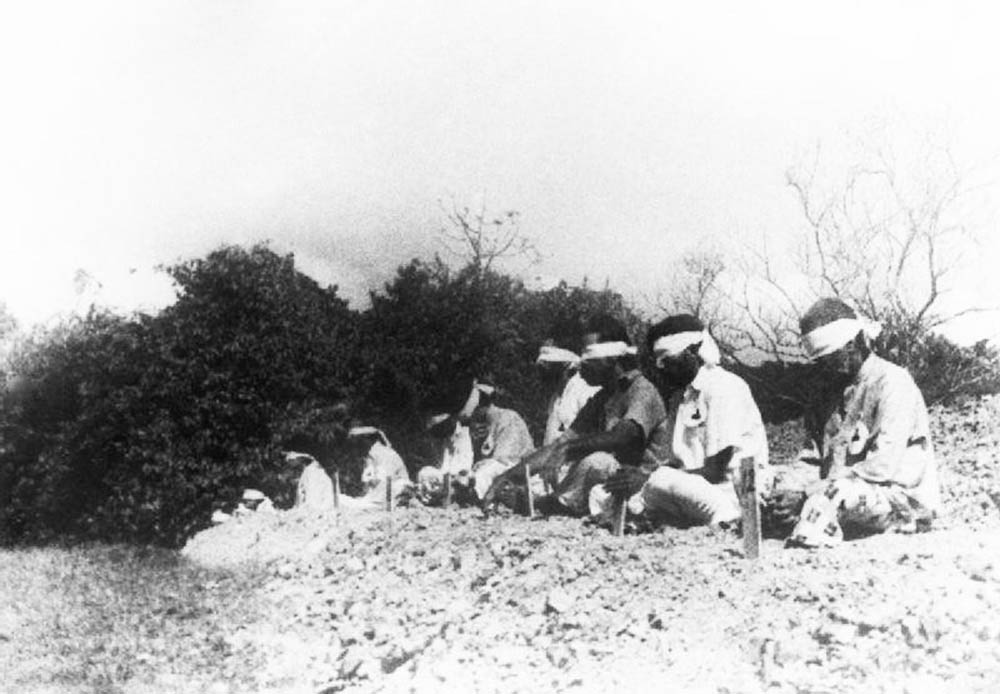 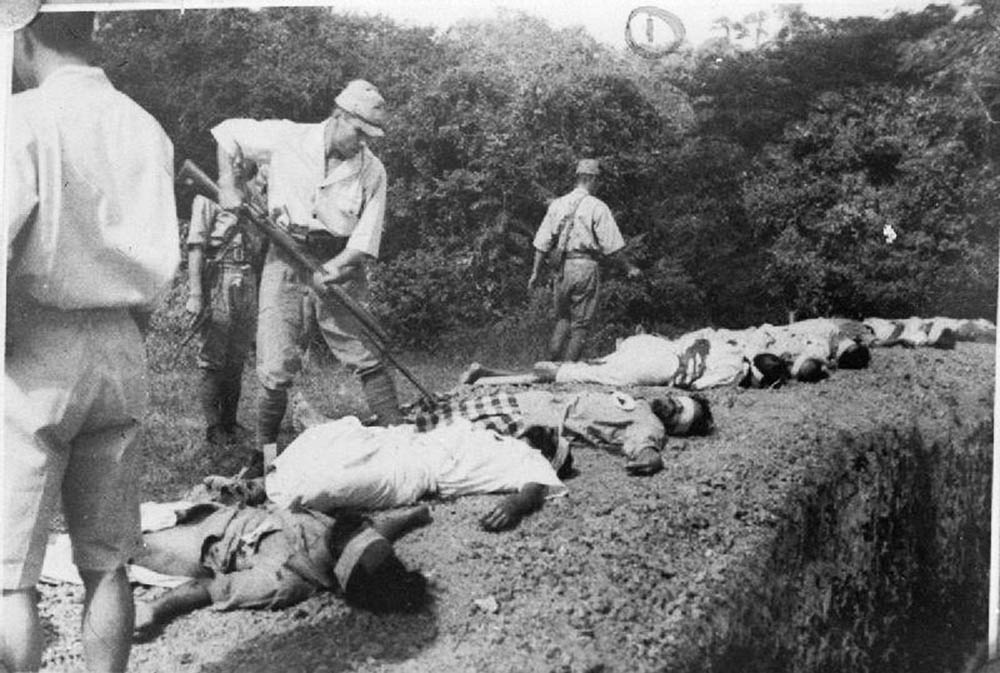 These photographs were found among Japanese records when British troops retook Singapore.

The most severe treatment was directed at the Chinese who were killed in large numbers by a variety of brutal means. The killings were conducted in many ways including shooting, burying alive, bayoneting, beheading, medical experimentation, and other methods. American, Australian, and British PoWs were starved, brutalized, and used for forced labor.

The construction of the Burma-Thai railroad was a particularly horrendous project in which malnourished British and Australian PoWs were forced to do hard labor under the most extreme conditions.

Some were even used for medical experiments, including live vivisections and assessments of biological weapons. Some PoWs were shot at the end of the war in an effort to prevent accounts of their mistreatment to become public.