When societies industrialize, food systems expand and specialize to meet the new waves of customers. These amazing old photographs show Japan’s demae, or delivery men, who braved the crowded streets balancing towers of dozens of piping hot meals on their shoulders to feed the hungry masses.

The delivery of food called demae was originally a service for wealthy daimyō (feudal lords) in the 1700s. The wealthy daimyo would send servants to let shopkeepers know that they wanted food delivered to their homes. As time went by, demae became more mainstream and affordable for the middle class.

Being a noodle delivery man required a special technique of stacking towers of food on their shoulders as they biked through busy streets.

One of the most popular foods to be delivered with this method was soba, buckwheat noodles that can be eaten cold with dipping sauce or served in hot broth. The dish was affordable and could be carried around without losing flavor or appearance.

A Tokyo soba noodle delivery in 1956.

The tradition of eating soba originates from the Tokugawa period, also called the Edo period, from 1603 to 1868. In the Tokugawa period, every neighborhood had one or two soba establishments, many also serving sake, which functioned much like modern cafes where locals would stop for a casual meal.

At that time, the population of Edo (Tokyo), being considerably wealthier than the rural poor, was more susceptible to beriberi due to their high consumption of white rice, which is low in thiamine. It was discovered that beriberi could be prevented by regularly eating thiamine-rich soba.

Soba is typically eaten with chopsticks, and in Japan, it is considered acceptable to slurp the noodles noisily. This is especially common with hot noodles, as drawing up the noodles quickly into the mouth helps cool them. However, quiet consumption of noodles is no longer uncommon.

In March 1961, new cycling traffic laws added restrictions. Officials of the Tokyo Metropolitan Police Department said “To ride on a bicycle with piles of ‘soba’ bowls on your shoulder is dangerous. It must be prohibited from the viewpoint of road traffic safety. But we will not place any stricter curb as they will lose more than half their customers”.

They added, “With this police assurance to overlook the illegal traffic practice, ‘soba’ delivery boys will continue to race through the streets of Tokyo,”. This method of soba delivery is not practiced anymore.

A soba delivery man in Marunouchi business district in 1959.

Nagano Prefecture is famous for soba. The noodles are known as shinshu soba. One of the reasons for this popularity is that Nagano has natural features well-suited to soba production.

The land has plenty of volcanic ash soil because of its highland location. It also has an extreme difference in temperatures.

Many facilities are also engaged in integrated soba manufacturing, from cultivation to milling and cutting. Many of these facilities provide soba cutting courses for customers, forming one of the major leisure activities of Nagano.

Soba noodles are produced by mixing buckwheat flour with some wheat flour (to reduce brittleness), adding water, mixing, kneading, rolling, and cutting. As a general rule, only noodles containing 40% or more soba flour can carry the shinshu soba name. 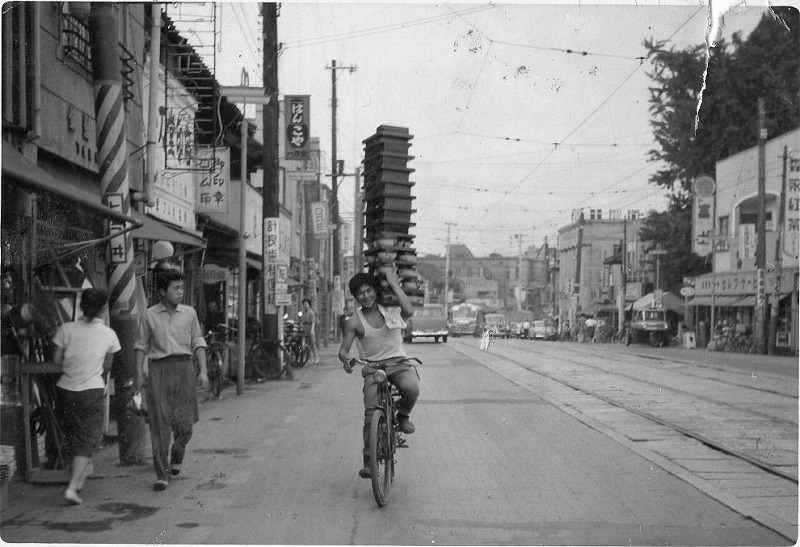 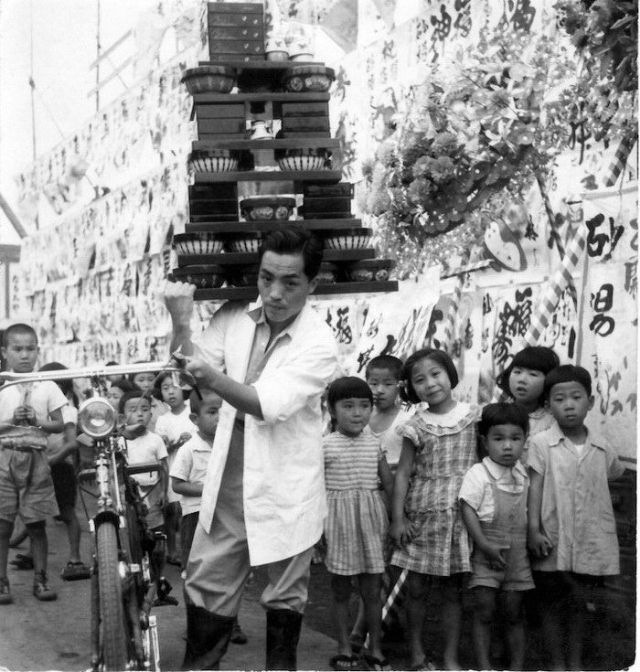 The owner of the Sunabahonten soba, 1945.

Soba noodles deliveryman in Tokyo, 1935. Photo by the Mainichi Shimbun. Piles of soba bowls were packed on the shoulders of bicycle couriers. 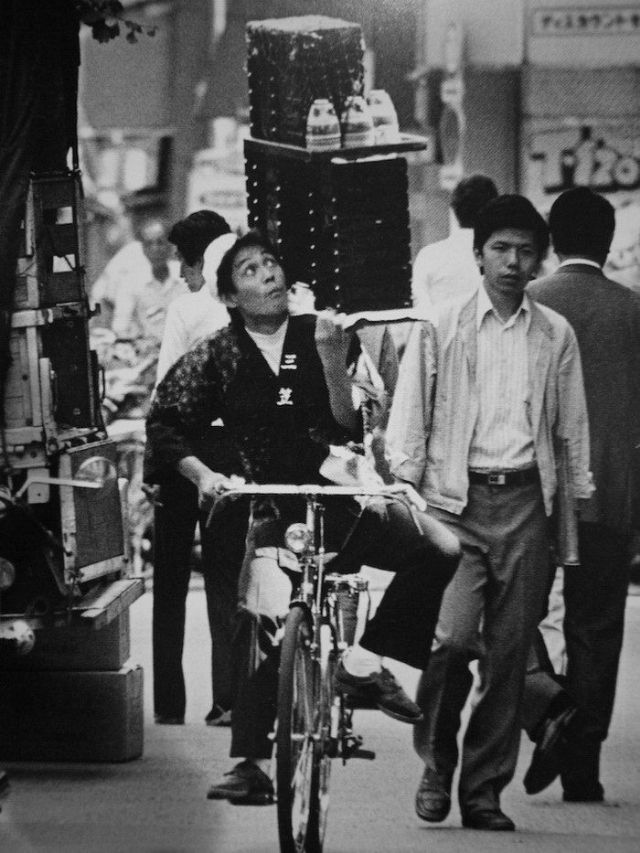 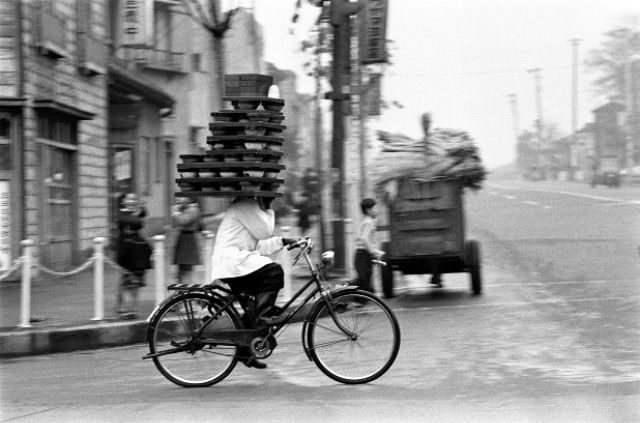 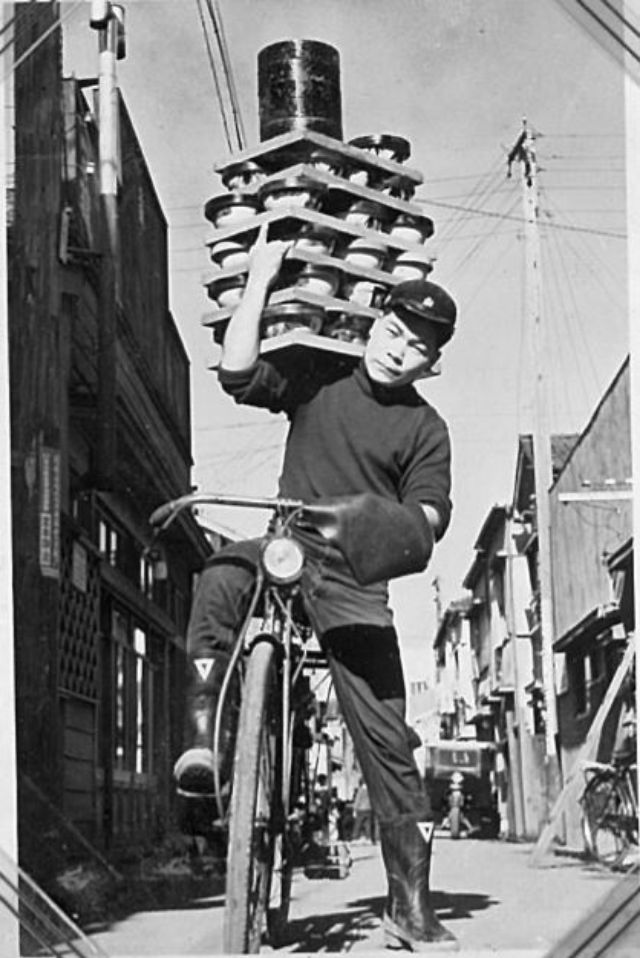 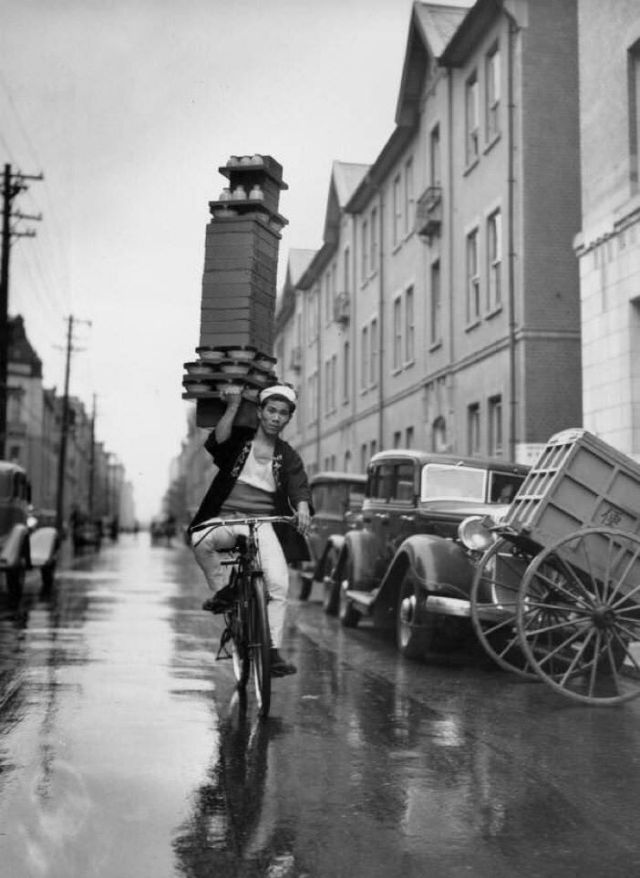 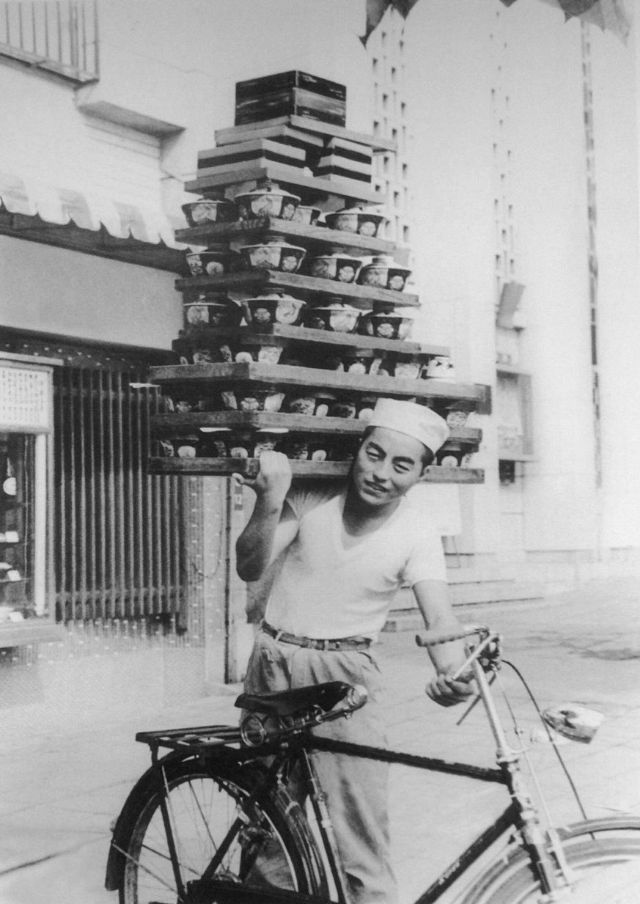 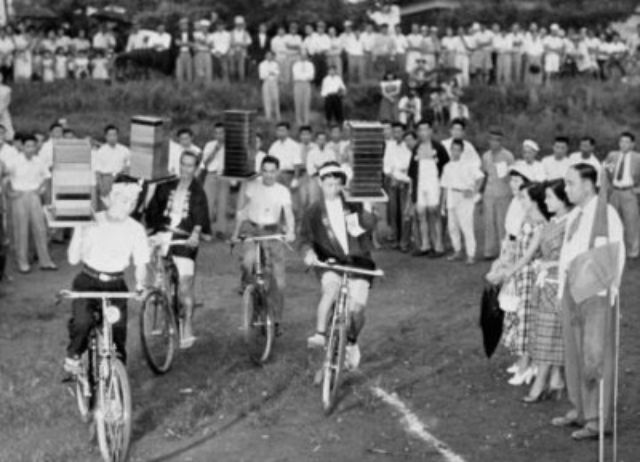 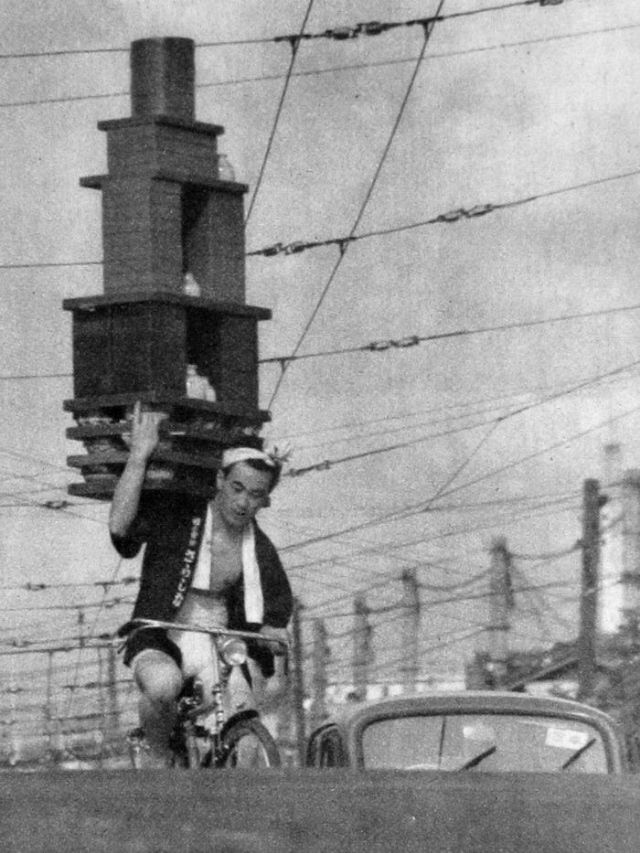 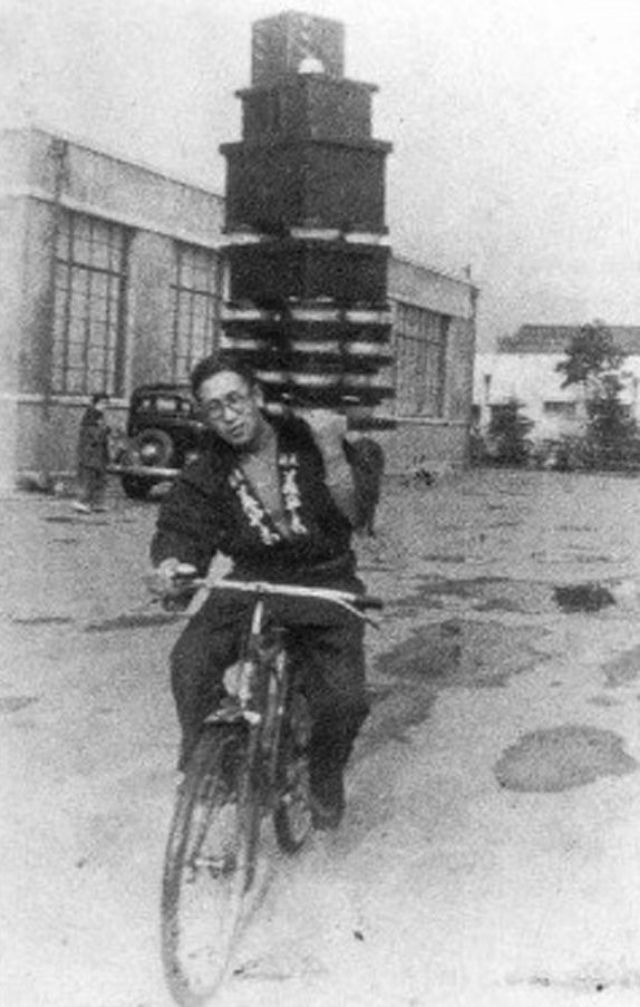