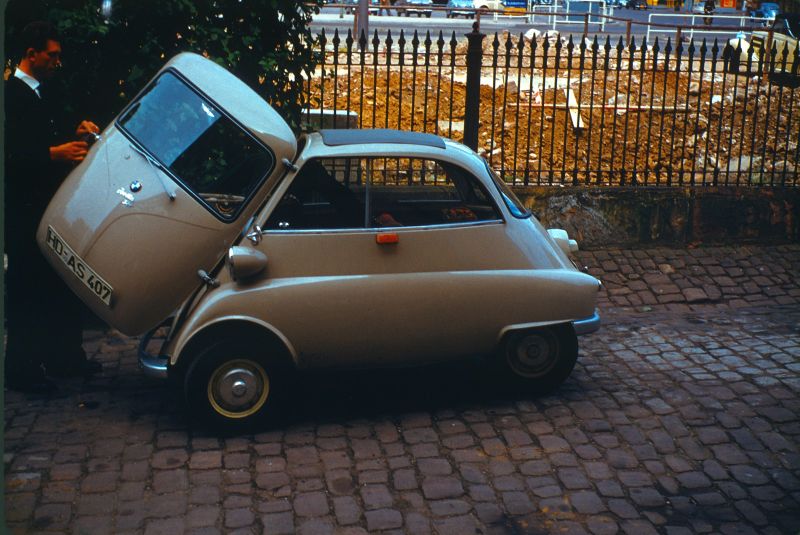 The Isetta was a microcar that was originally designed in Italy during the early 1950s. In the beginning, some people described it as a vehicle that looked like it had a collision between a refrigerator and a scooter.

After the Second World War, the European market demand for small, inexpensive cars inspired engineer and businessman Renzo Rivolta to create one.

At that time, he was the owner of Iso Autoveicoli the country’s third-largest two-wheel vehicle manufacturer, a company that, prior to the war, made refrigerators and other appliances.

These roots were best symbolized by the refrigerator-like door, a feature that became emblematic of the microcar. 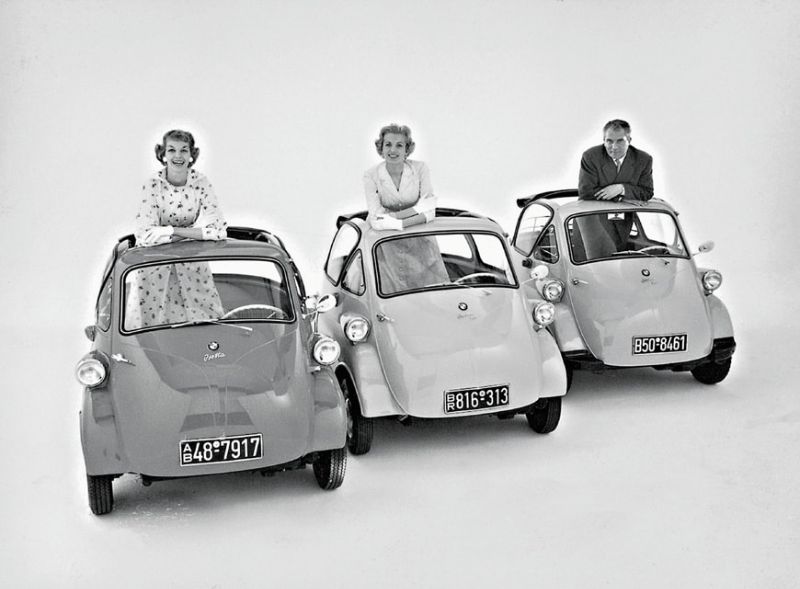 The Isetta caused a sensation when it was introduced to the motoring press in Turin in November 1953. It was unlike anything seen before.

In the event of an accident, the driver and passenger were to exit through the canvas sunroof. The steering wheel and instrument panel swung out with the single door, simplifying access to the single bench seat.

The seat provided reasonable comfort for two occupants, and perhaps a small child. Behind the seat was a large parcel shelf with a spare wheel located below.

A heater was optional. Ventilation was provided by turning out the front triangle windows and or opening the fabric sunroof. 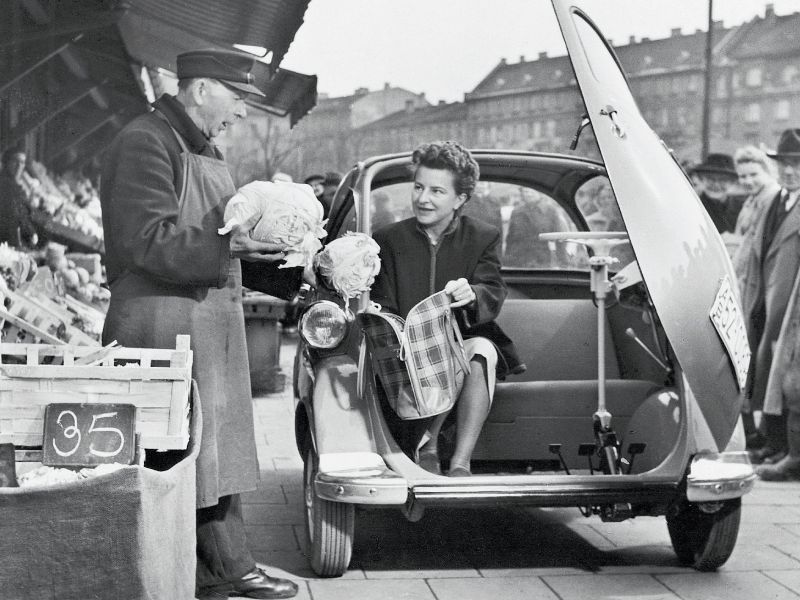 Power came from a 236 cc (14.4 cu in), 7.1 kW (9.5 hp) split-single two-stroke motorcycle engine. The engine was started by a combination generator-starter known as Dynastart.

A manual gearbox provided four forward speeds and reverse. A chain drive connected the gearbox to a solid rear axle with a pair of closely spaced 250 mm (9.8 in) rear wheels.

The first prototypes had one wheel at the rear, but having a single rear wheel made the car prone to roll-overs, so the rear wheel layout was changed to two wheels set 480 mm (18.9 in) apart from each other.

This narrow track eliminated the need for a differential. The front axle was a modified version of a Dubonnet independent front suspension. 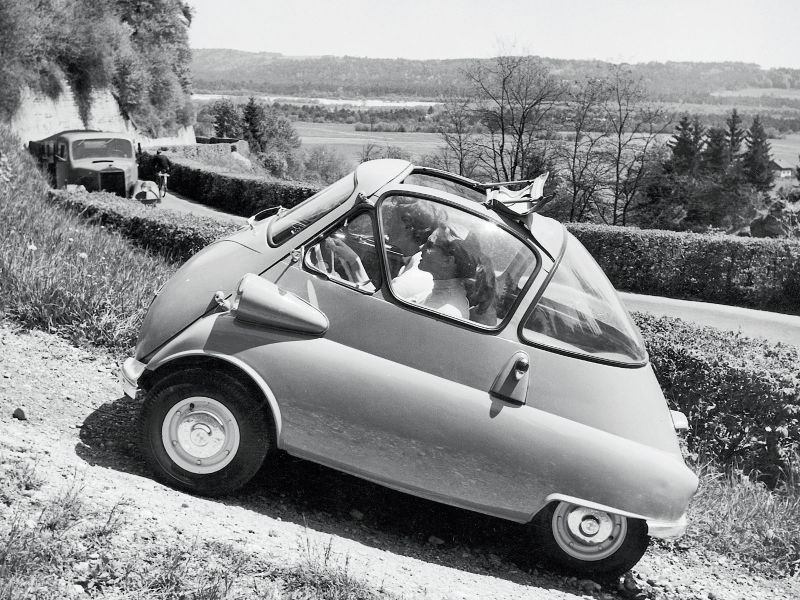 BMW began talking with Rivolta in mid-1954 and bought not just a license but the complete Isetta body tooling as well. Rivolta also negotiated licensing deals with companies in France and Brazil.

Eventually, BMW made the Isetta its own. They redesigned the powerplant around a BMW one-cylinder, four-stroke, 247 cc motorcycle engine which generated 9 kW (12 hp).

Although the major elements of the Italian design remained intact, BMW re-engineered much of the car, so much so that none of the parts between a BMW Isetta Moto Coupe and an Iso Isetta are interchangeable.

The first BMW Isetta appeared in April 1955. In May 1962, three years after launching the conventionally modern-looking BMW 700, BMW ceased production of Isettas. A total of 161,728 units had been built. 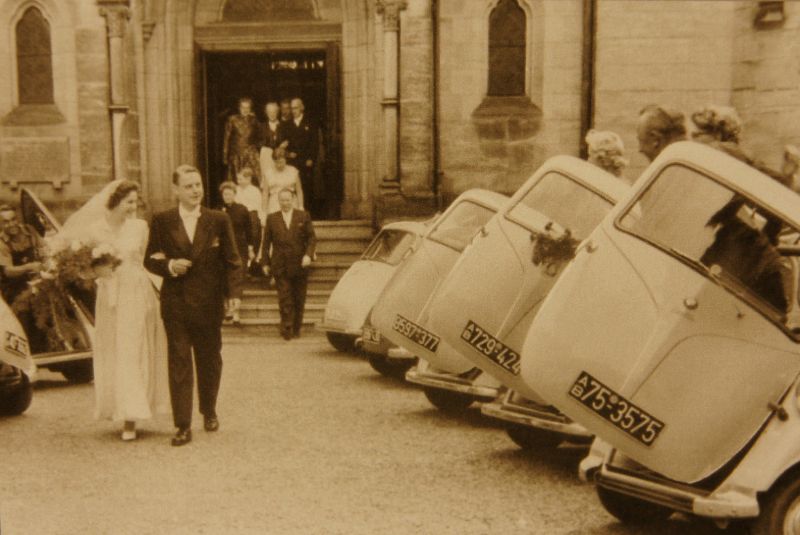 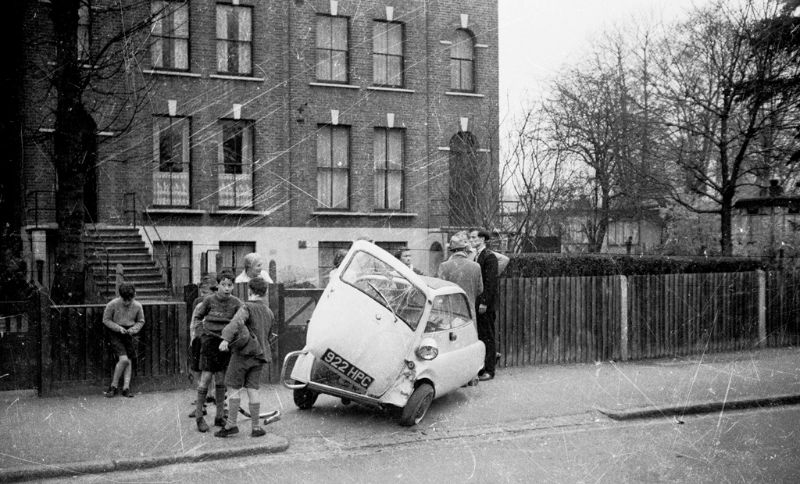 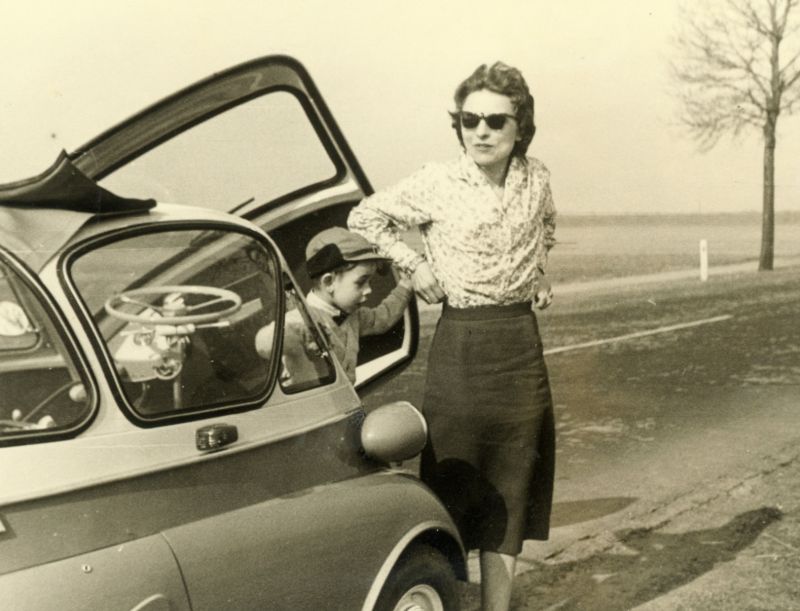 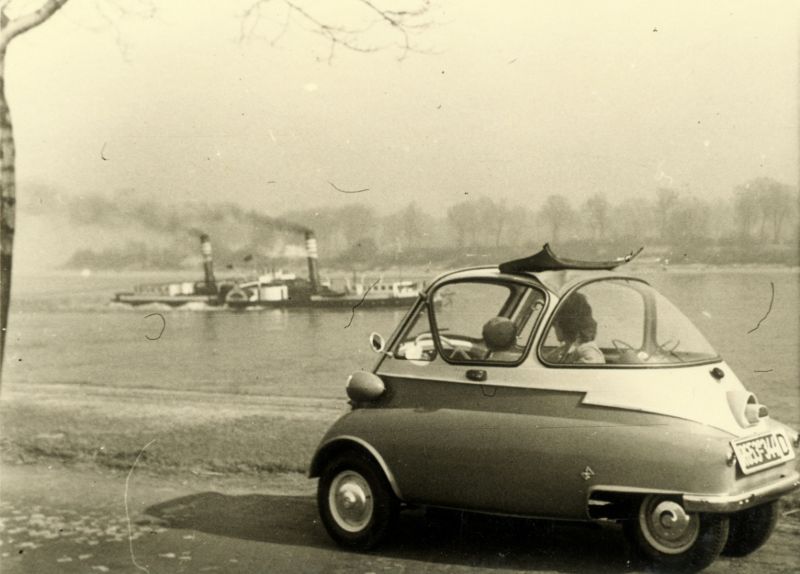 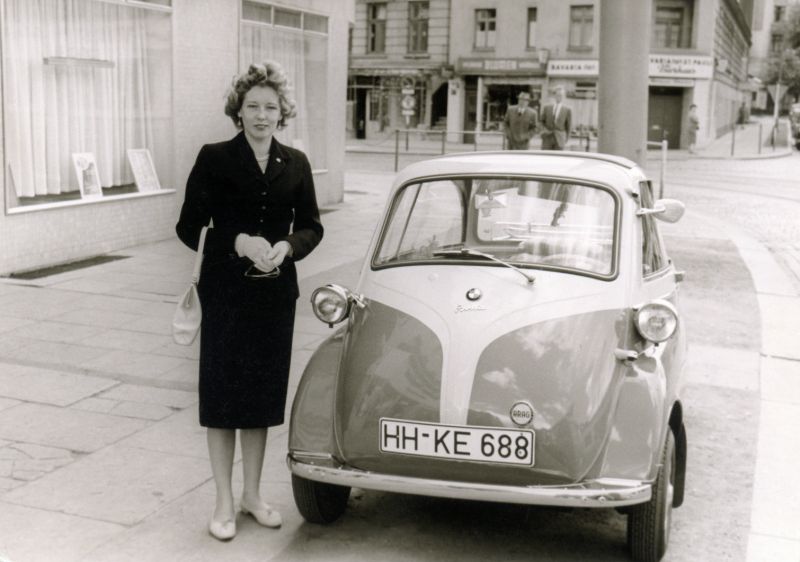 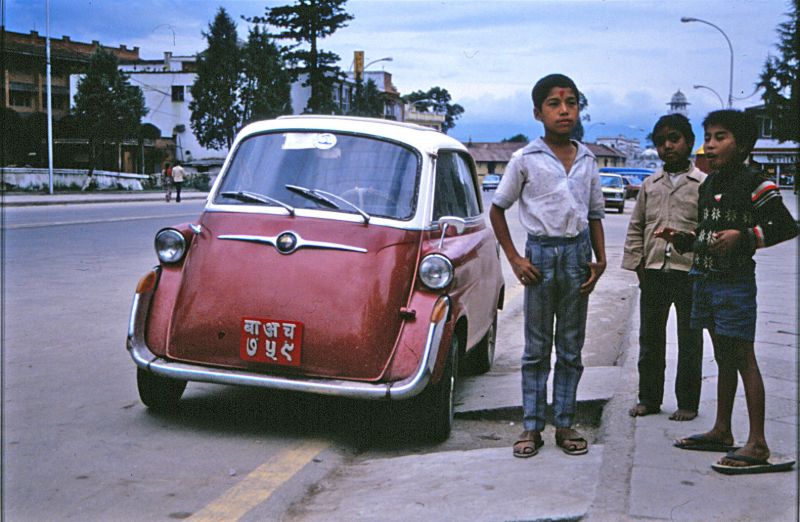 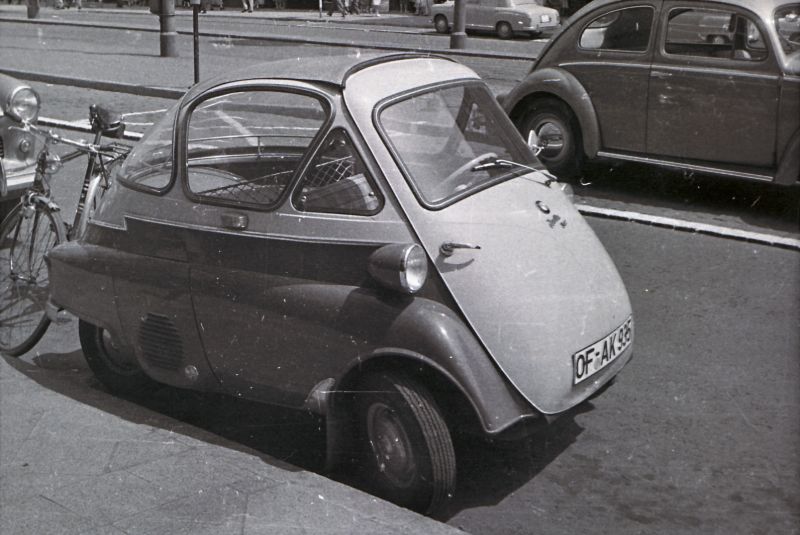 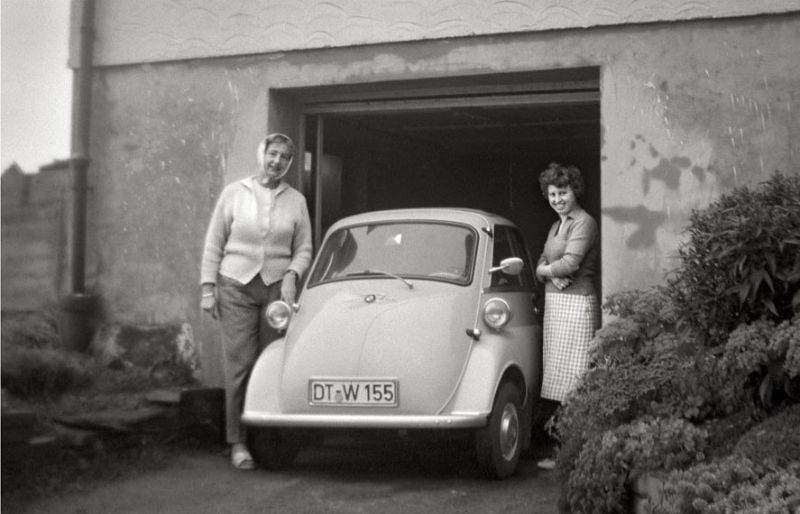 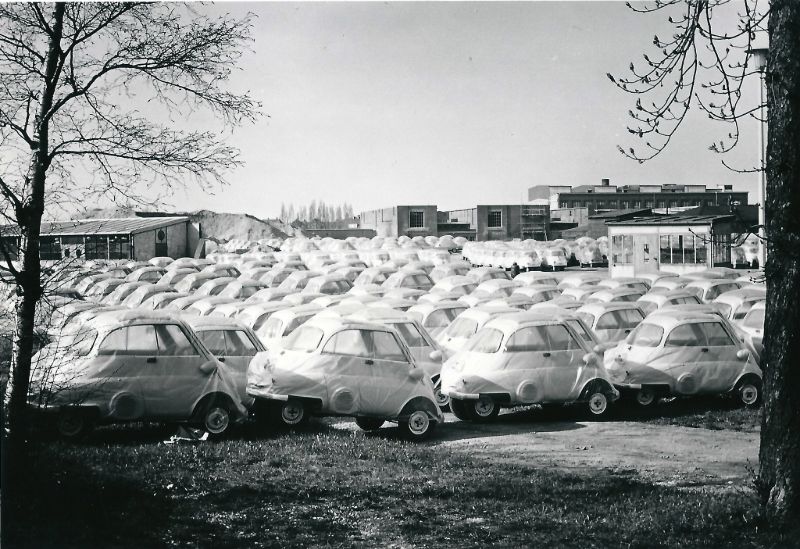 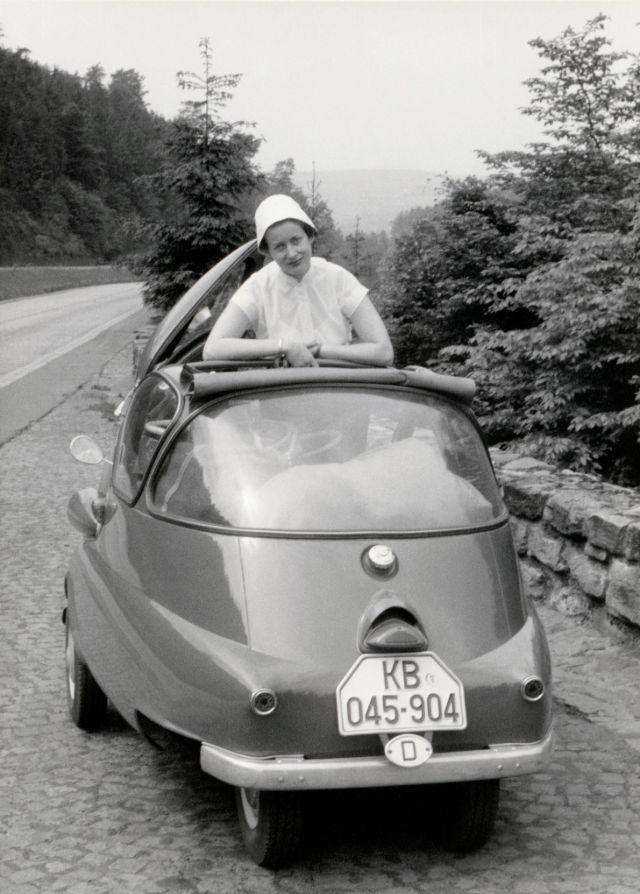 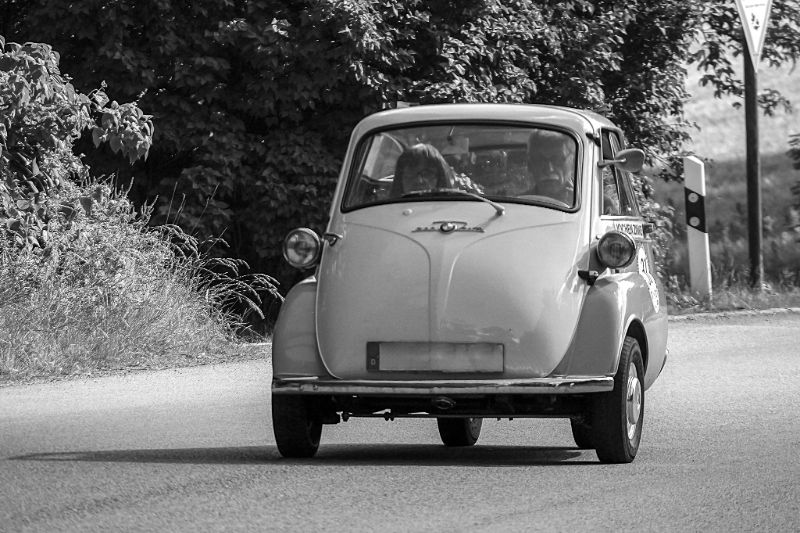 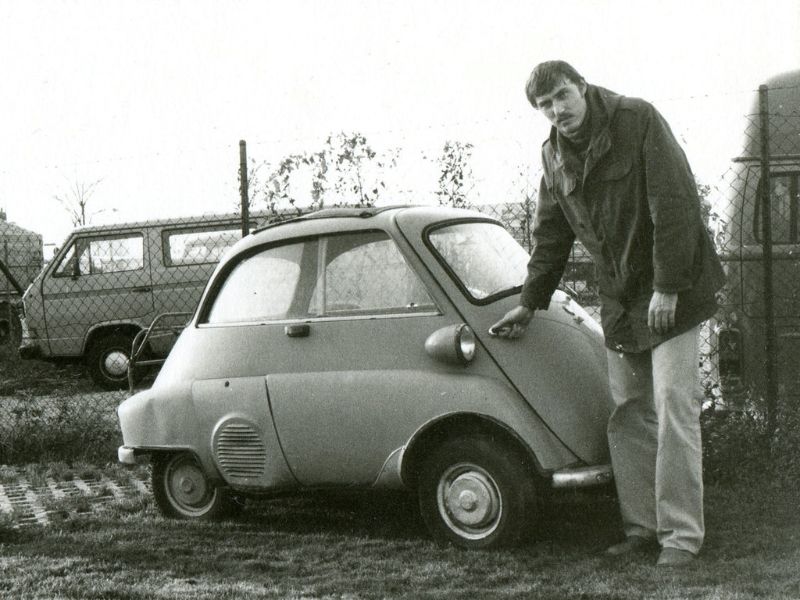 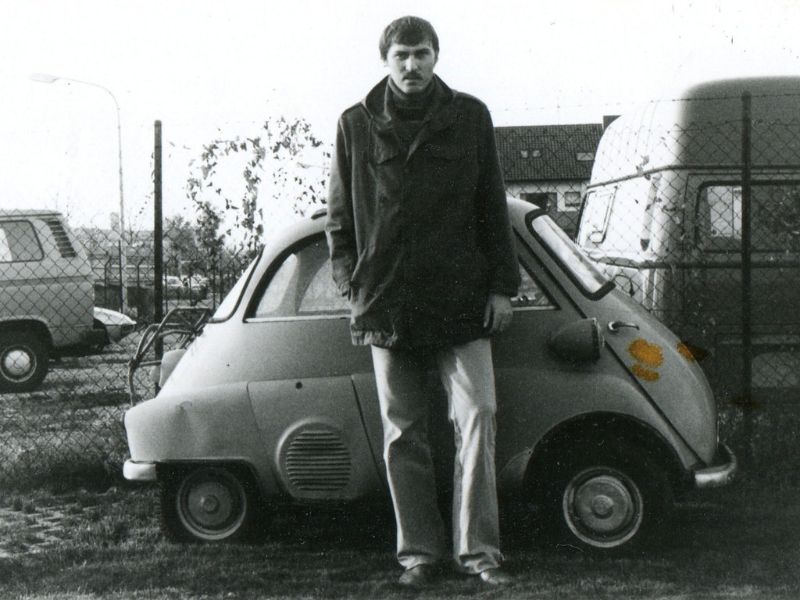 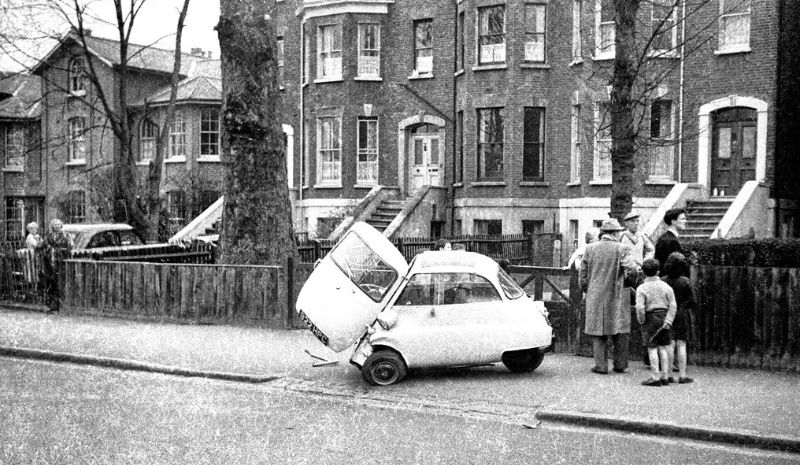 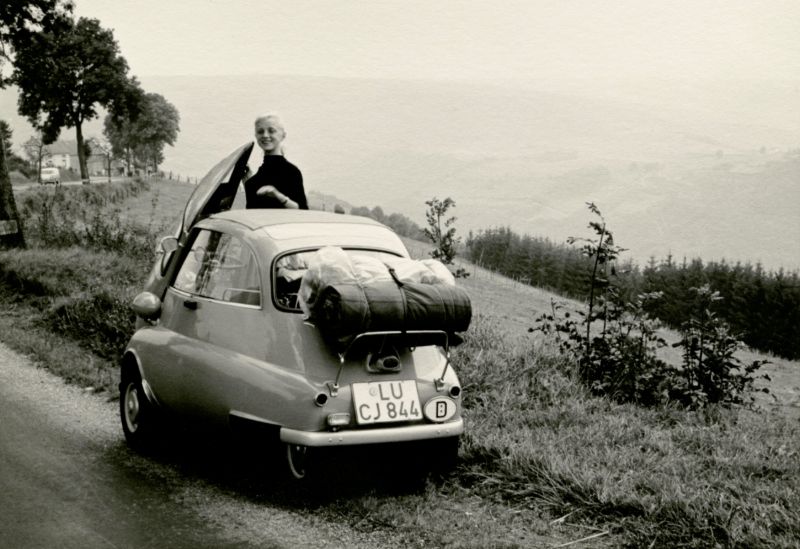 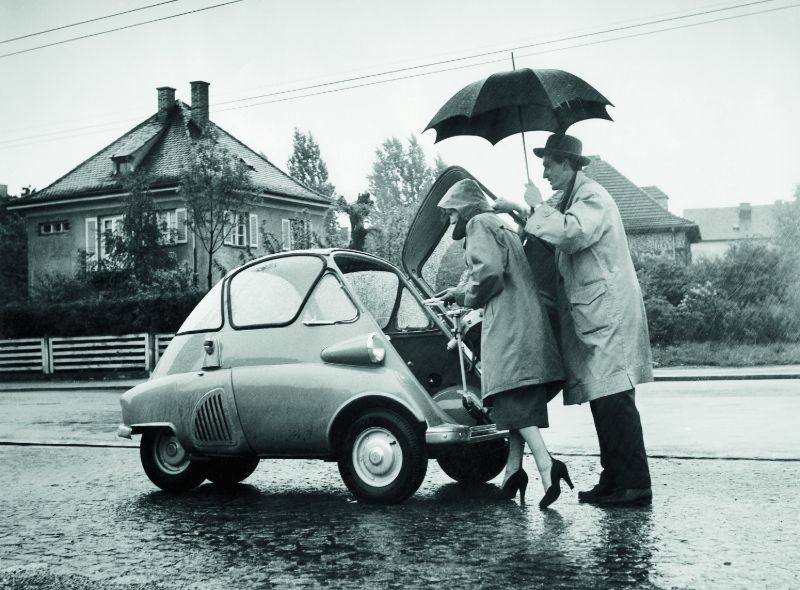 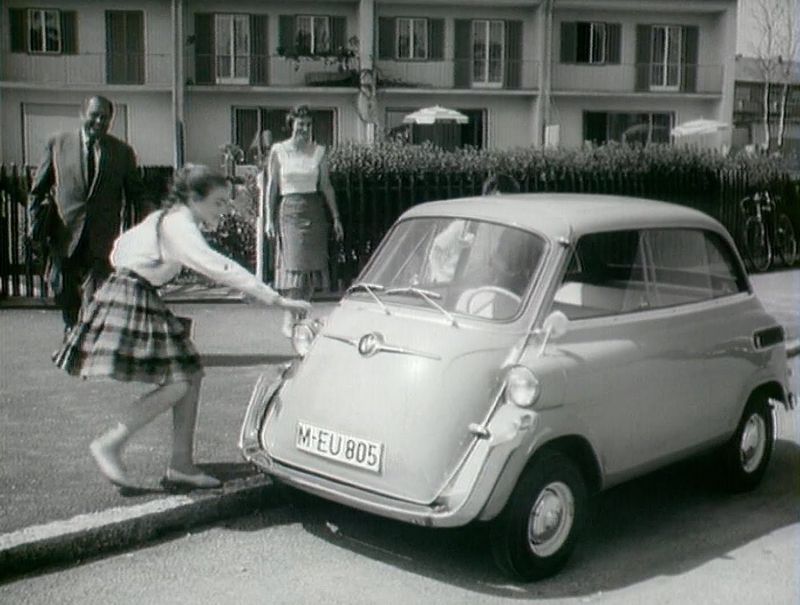 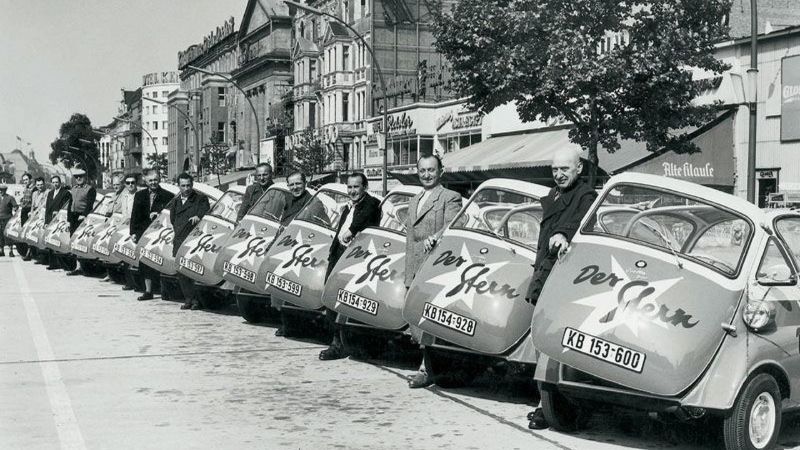 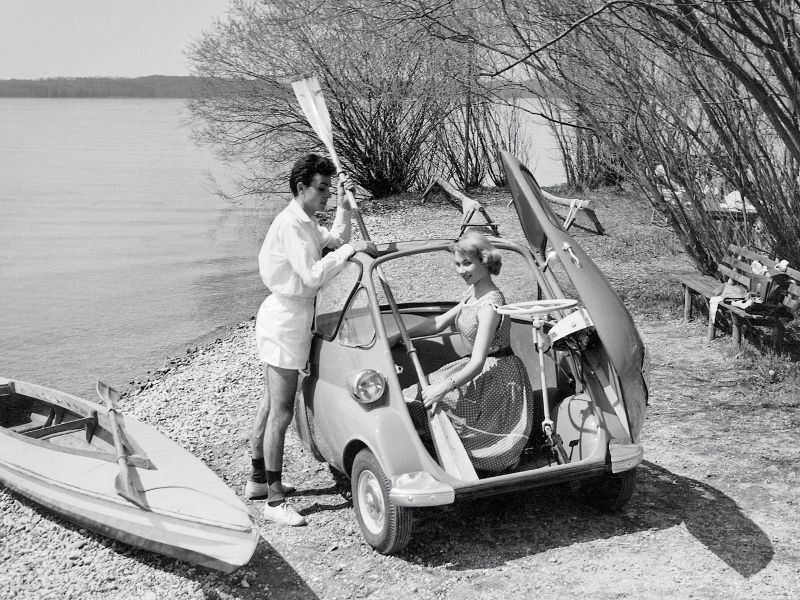