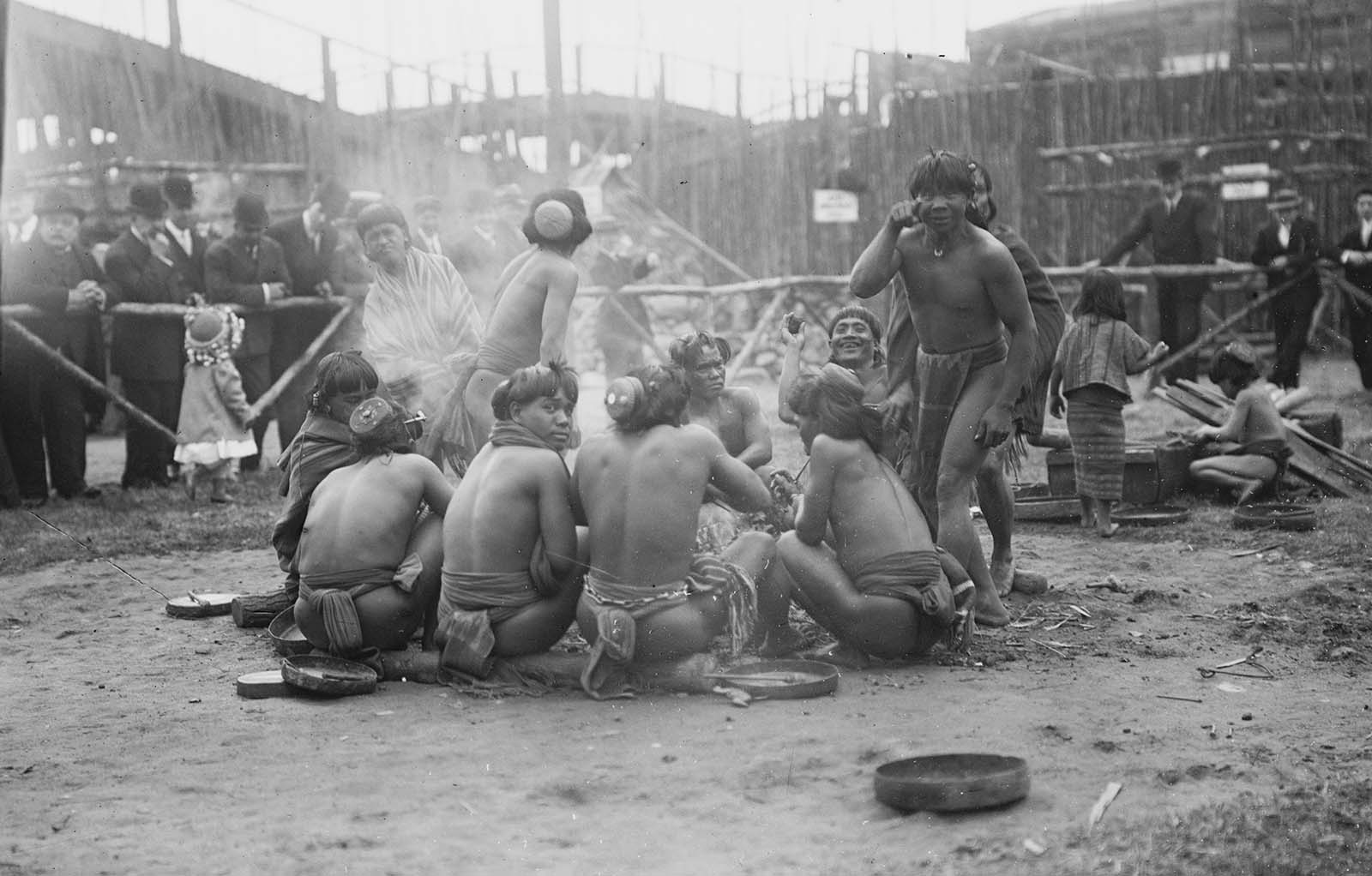 Filipinos are pictured in loincloths sitting in a circle together at Coney Island in New York in the early 20th century while crowds of Americans watch on from behind barriers.

These shocking rare photographs show how so-called ‘human zoos‘ around the world kept ‘primitive natives’ in enclosures so Westerners could gawp and jeer at them. The horrifying images, some of which were taken as recently as 1958, show how black and Asian people were cruelly treated as exhibits that attracted millions of tourists.

In the late 19th and early 20th centuries, the Western world was desperate to see the “savage,” “primitive” people described by explorers and adventurers scouting out new lands for colonial exploitation.

To feed the frenzy, thousands of indigenous individuals from Africa, Asia, and the Americas were brought to the United States and Europe, often under dubious circumstances, to be put on display in a quasi-captive life in “human zoos.”

Human zoos could be found in Paris, Hamburg, Antwerp, Barcelona, London, Milan, and New York City. Carl Hagenbeck, a merchant in wild animals and future entrepreneur of many zoos in Europe, decided in 1874 to exhibit Samoan and Sami people as “purely natural” populations.

In 1876, he sent a collaborator to the Egyptian Sudan to bring back some wild beasts and Nubians. The Nubian exhibit was very successful in Europe and toured Paris, London, and Berlin.

In 1880, Hagenbeck dispatched an agent to Labrador to secure a number of Esquimaux (Eskimo / Inuit) from the Moravian mission of Hebron; these Inuit were exhibited in his Hamburg Tierpark.

Other ethnological expositions included Egyptian and Bedouin mock settlements. Hagenbeck would also employ agents to take part in his ethnological exhibits, with the aim of exposing his audience to various different subsistence modes and lifestyles. 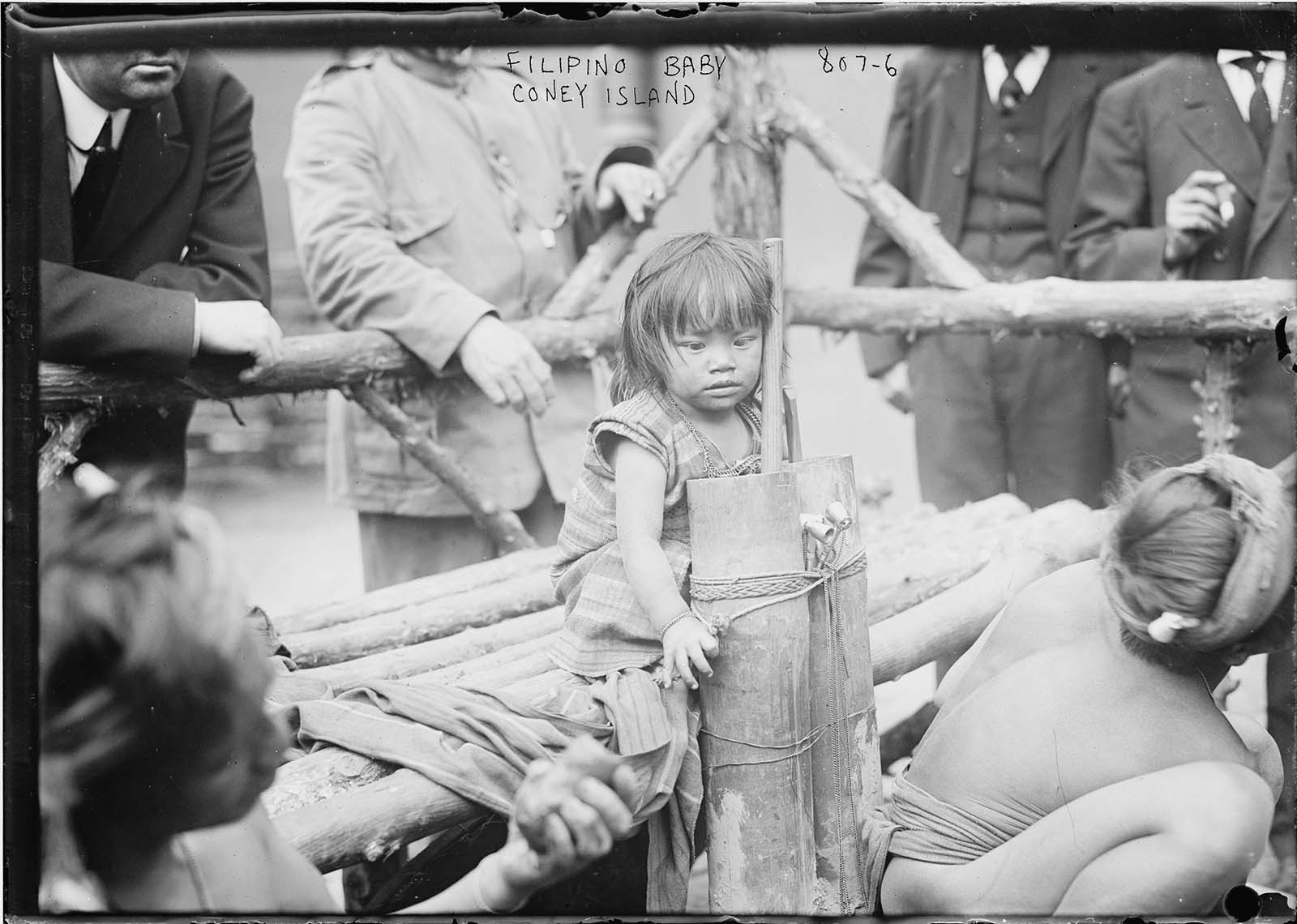 A young Filipino girl is pictured sitting on a wooden bench in an enclosure in Coney Island, New York in another horrifying 1906 ‘exhibit’.

Both the 1878 and the 1889 Parisian World’s Fair presented a Black Village (village nègre). Visited by 28 million people, the 1889 World’s Fair displayed 400 indigenous people as the major attraction. The 1900 World’s Fair presented the famous diorama living in Madagascar, while the Colonial Exhibitions in Marseilles (1906 and 1922) and in Paris (1907 and 1931) also displayed humans in cages, often nude or semi-nude.

The 1931 exhibition in Paris was so successful that 34 million people attended it in six months, while a smaller counter-exhibition entitled The Truth on the Colonies, organized by the Communist Party, attracted very few visitors. Nomadic Senegalese Villages were also presented.

In 1904, Apaches and Igorots (from the Philippines) were displayed at the Saint Louis World Fair in association with the 1904 Summer Olympics. The US had just acquired, following the Spanish–American War, new territories such as Guam, the Philippines, and Puerto Rico, allowing them to “display” some of the native inhabitants. 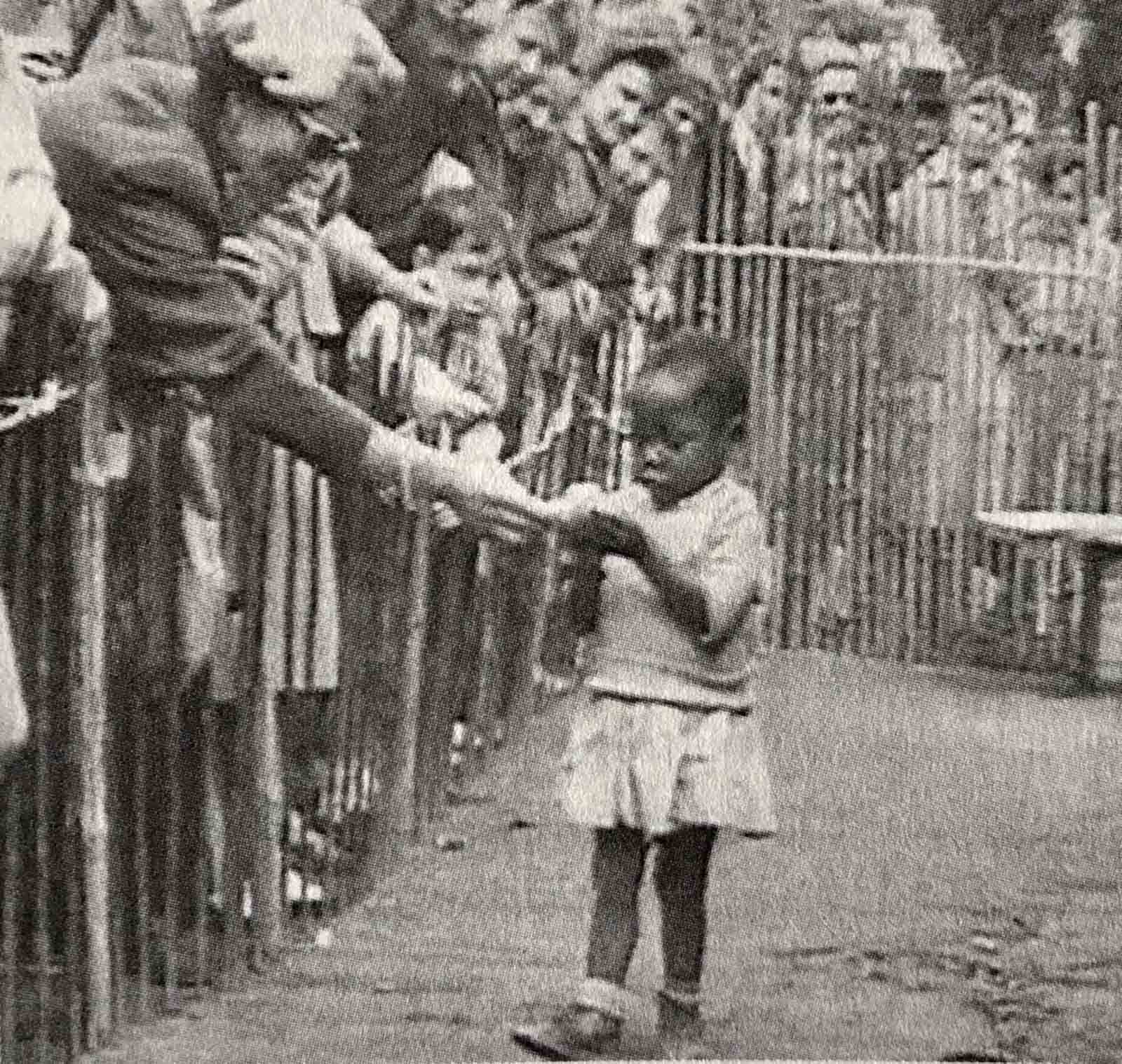 An African girl is shown at the 1958 Expo in Brussels, Belgium that featured a ‘Congo Village’ with visitors watching her from behind wooden fences.

In 1906, Madison Grant—socialite, eugenicist, amateur anthropologist, and head of the New York Zoological Society—had Congolese pygmy Ota Benga put on display at the Bronx Zoo in New York City alongside apes and other animals.

At the behest of Grant, the zoo director William Hornaday placed Benga displayed in a cage with the chimpanzees, then with an orangutan named Dohong, and a parrot, and labeled him The Missing Link, suggesting that in evolutionary terms Africans like Benga were closer to apes than were Europeans. It triggered protests from the city’s clergymen, but the public reportedly flocked to see it.

Benga shot targets with a bow and arrow, wove twine, and wrestled with an orangutan. Although, according to The New York Times, “few expressed audible objection to the sight of a human being in a cage with monkeys as companions”, controversy erupted as black clergymen in the city took great offense.

“Our race, we think, is depressed enough, without exhibiting one of us with the apes,” said the Reverend James H. Gordon, superintendent of the Howard Colored Orphan Asylum in Brooklyn. “We think we are worthy of being considered human beings, with souls.”

On Monday, September 8, 1906, after just two days, the directors decided to close the exhibition, and Benga could be found walking the zoo grounds, often followed by a crowd “howling, jeering and yelling.” 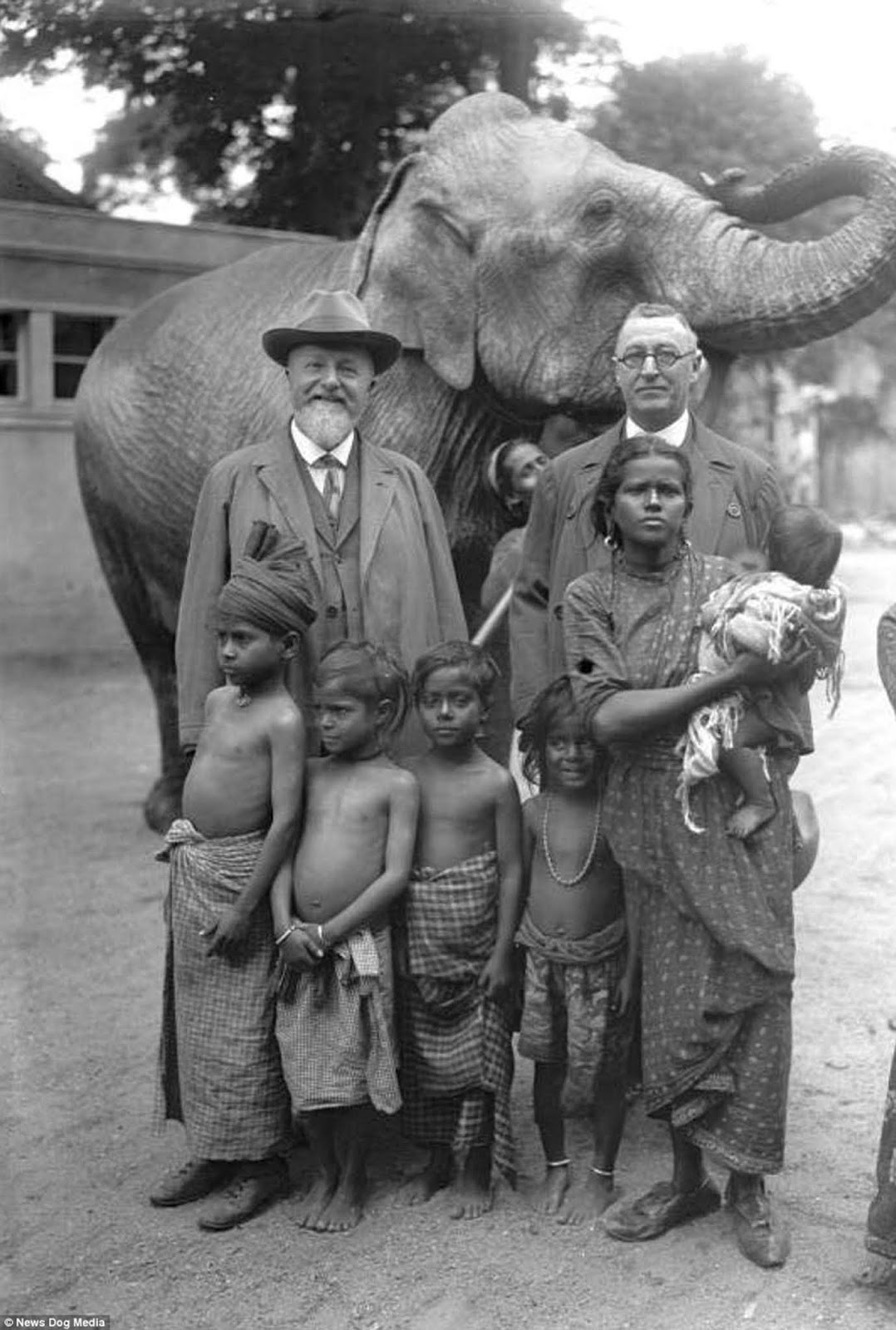 German zoologist Professor Lutz Heck is pictured (left) with an elephant and a family he brought to the Berlin Zoo, in Germany in 1931.

At the human zoos of the early 20th century, the indigenous people on display faced a number of challenges. African tribal members were required to wear traditional clothing intended for the equatorial heat, even in freezing December temperatures, and Filipino villagers were made to perform a seasonal dog-eating ritual over and over to shock the audience. A lack of drinking water and appalling sanitary conditions led to rampant dysentery and other illnesses.

In most cases, there were no bars to keep those in human zoos from escaping, but the vast majority, especially those brought from foreign continents, had nowhere else to go. Set up in mock “ethnic villages,” indigenous people were asked to perform typical daily tasks, show off “primitive” skills like making stone tools, and pantomime rituals. In some shows, indigenous performers engaged in fake battles or tests of strength.

In the end, there was no outrage over the subjugation of humans that put an end to human zoos. In the years leading up to World War II and beyond, the public’s time and attention was drawn away from frivolity and toward geopolitical conflict and economic collapse.

By the middle of the 20th century, television replaced circuses and traveling “zoos” — human or otherwise — as the preferred mode of entertainment, and the display of indigenous people for entertainment fell out of fashion. 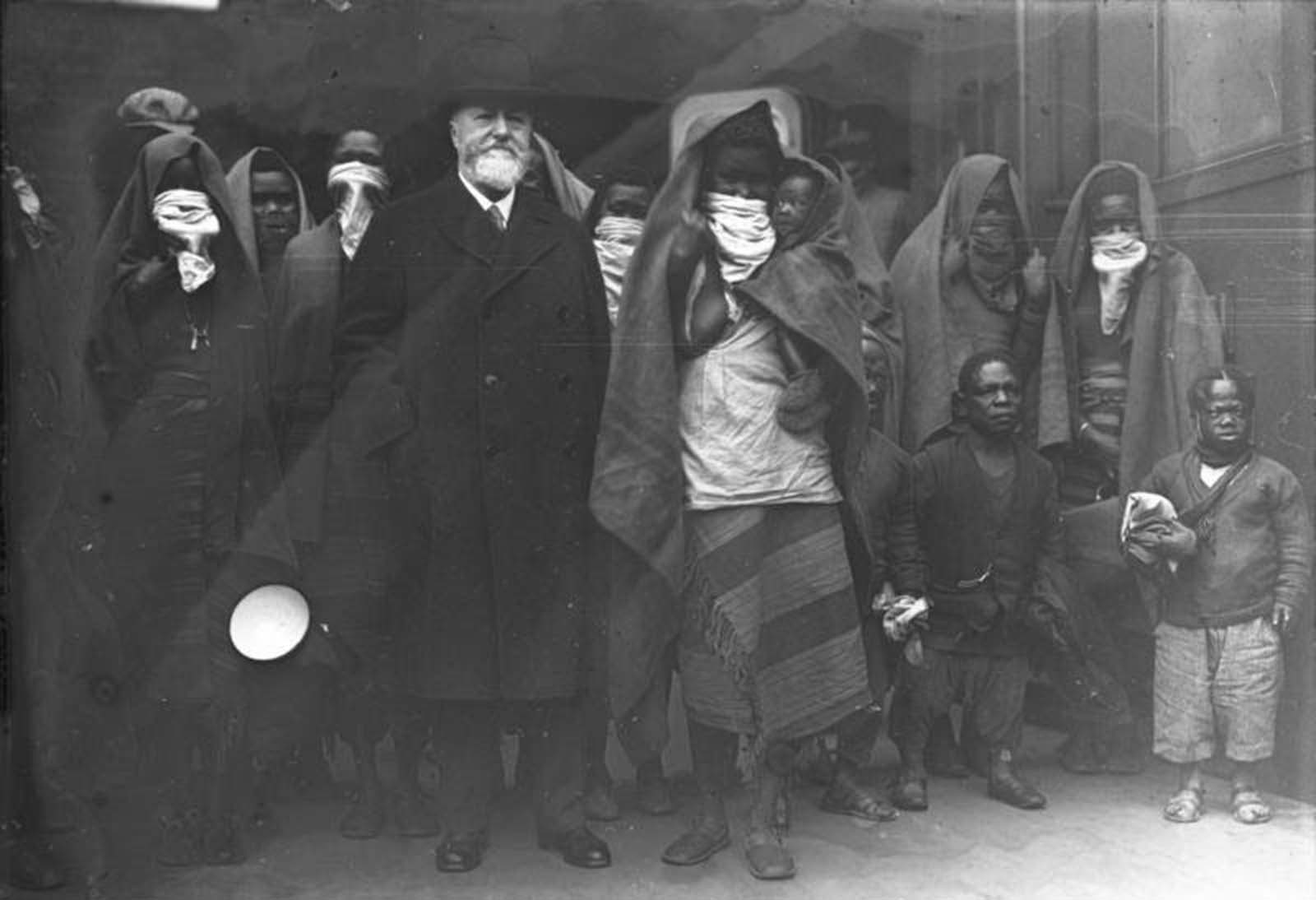 Professor Lutz Heck, director of the Berlin Zoo, arrives in Berlin, 1931. With him are members of the African Sara-Kaba tribe, who will soon be put on display. The scarves over the women’s mouths are covering their lip plates. 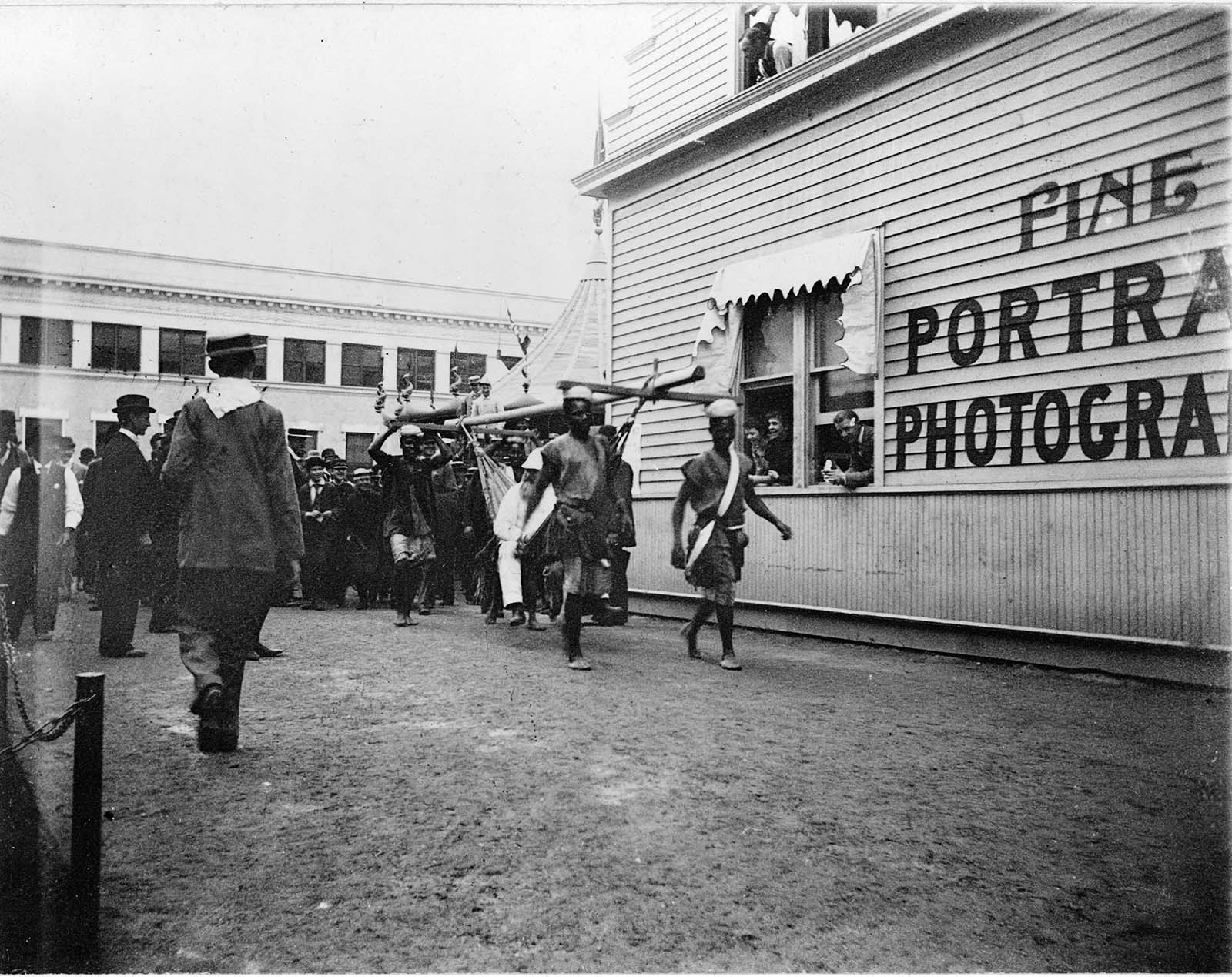 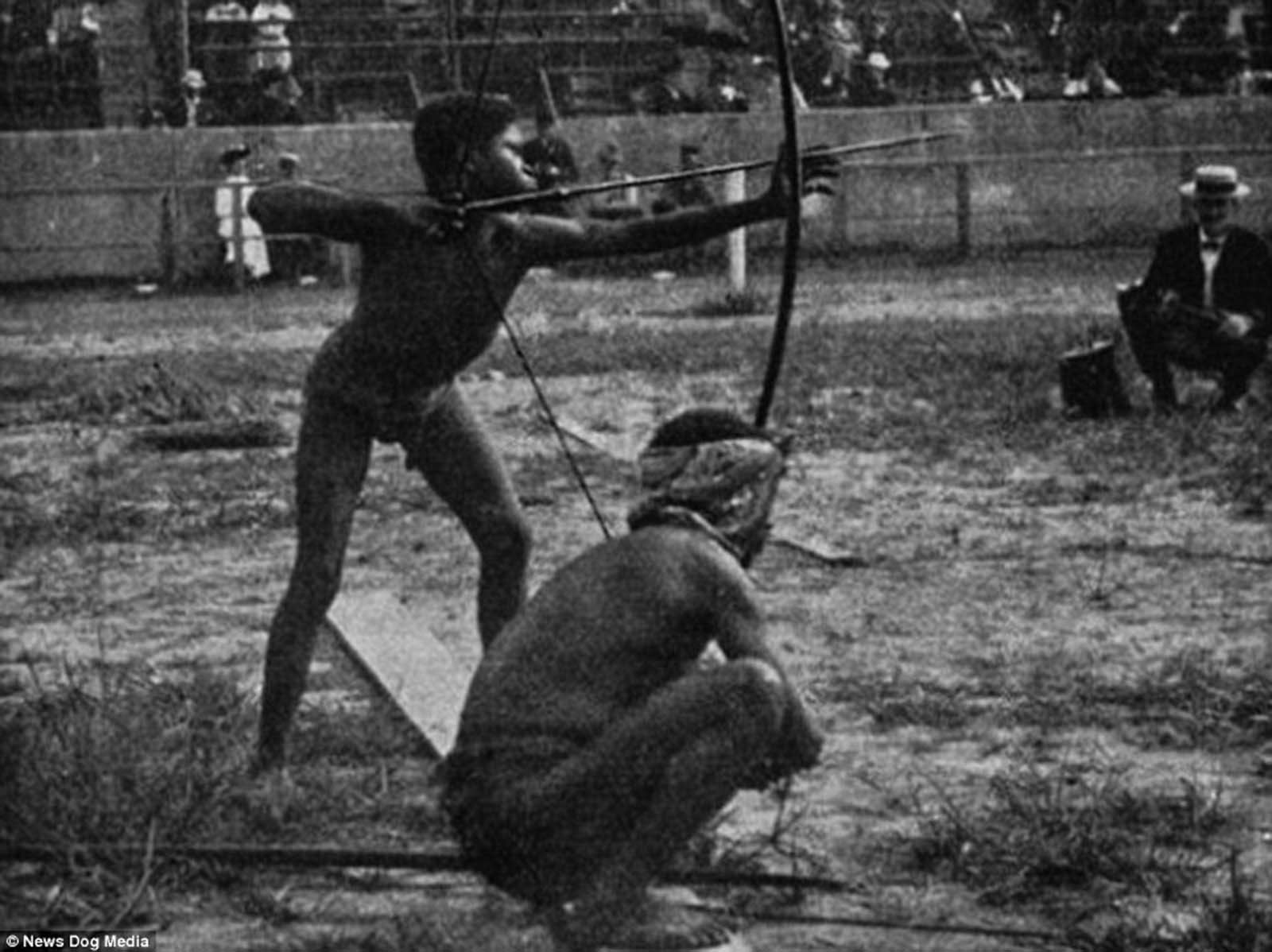 In this image, indigenous people are shown participating in archery in 1904 in St Louis, Missouri, at an event named the ‘Savage Olympics Exhibition’. 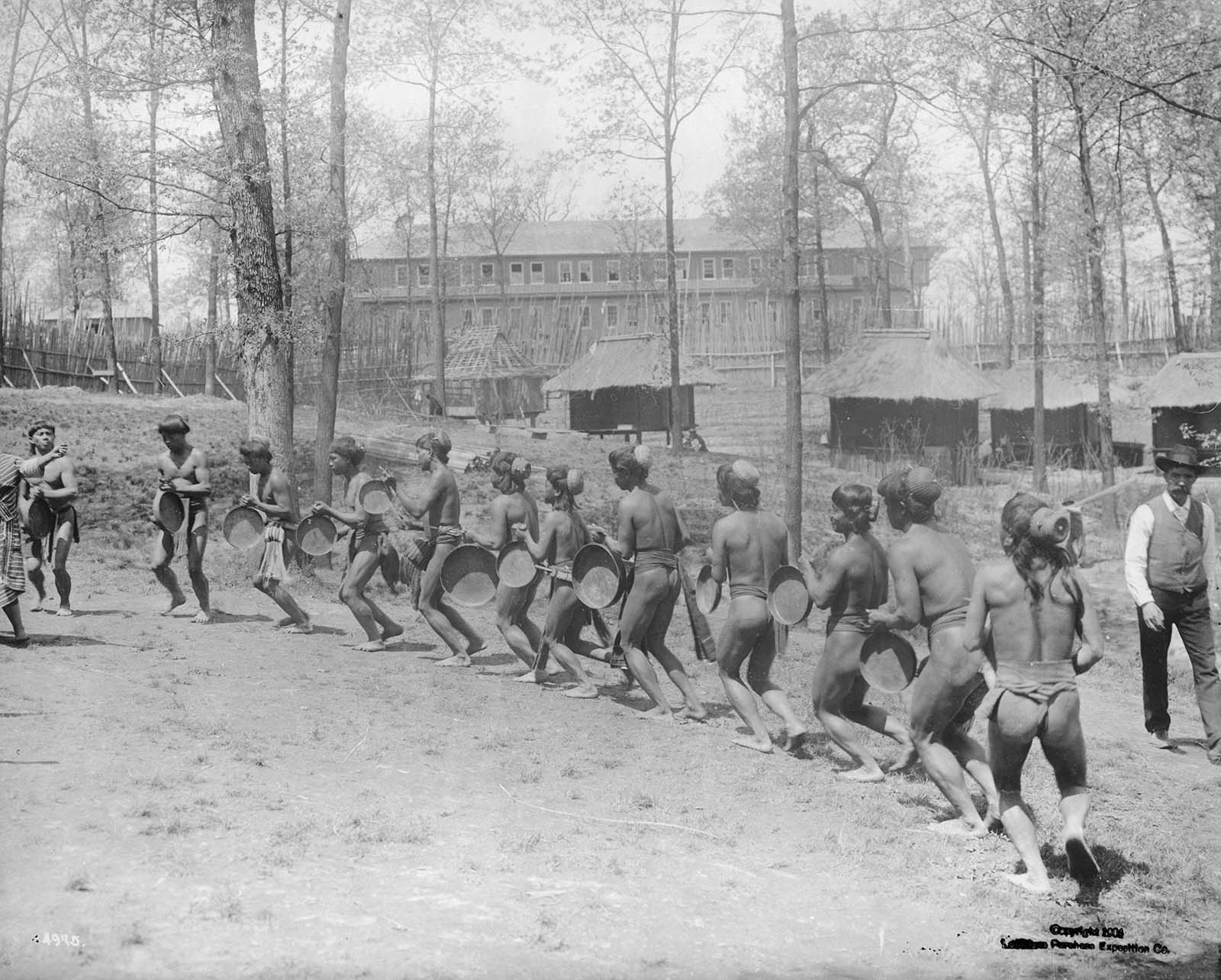 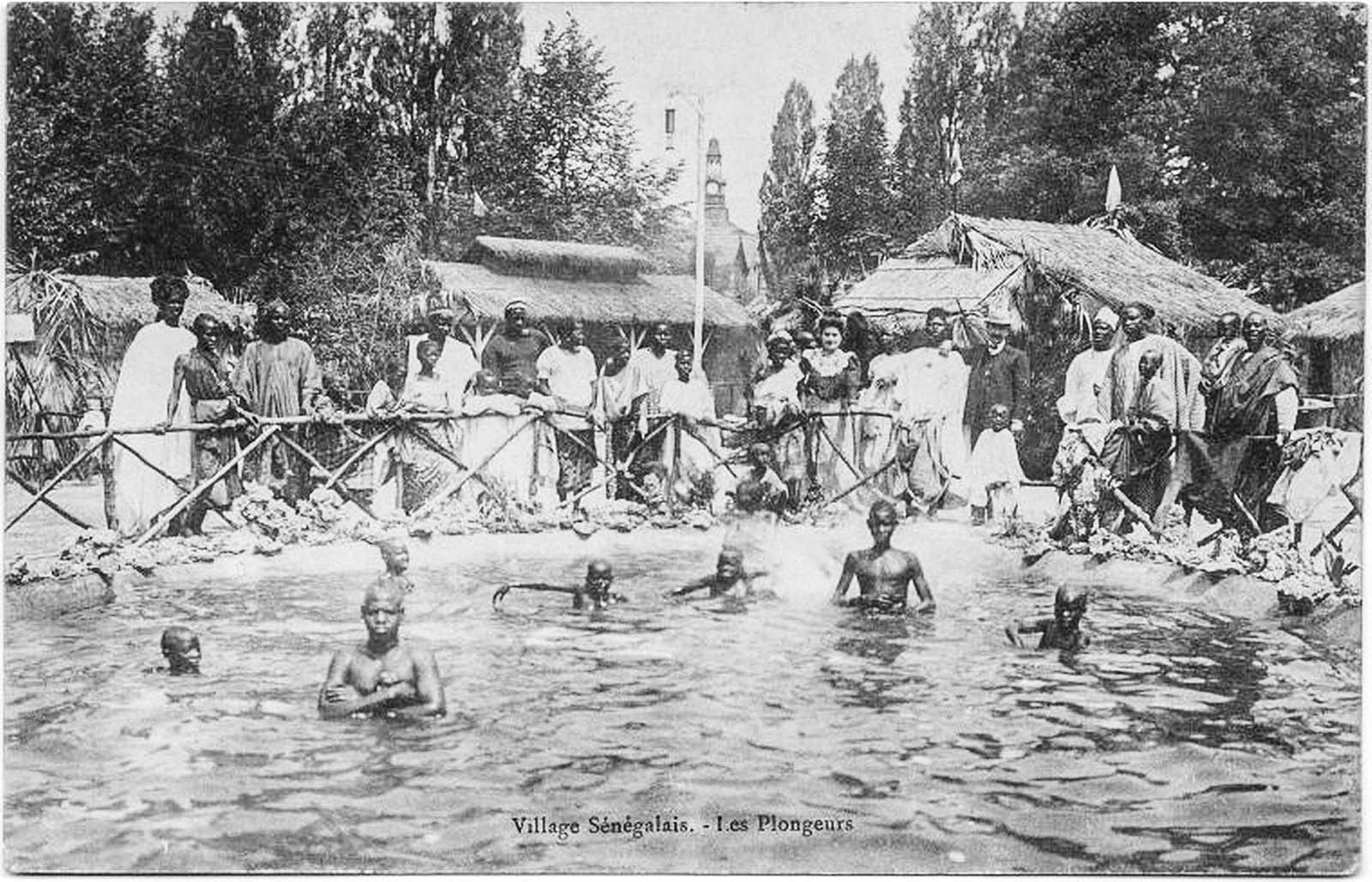 The World’s Fair in Brussels, Belgium in 1958 featured this mocked-up Senegalese village. Shows held across the Western world were designed to emphasize the cultural difference between Europeans and people who were deemed primitive. 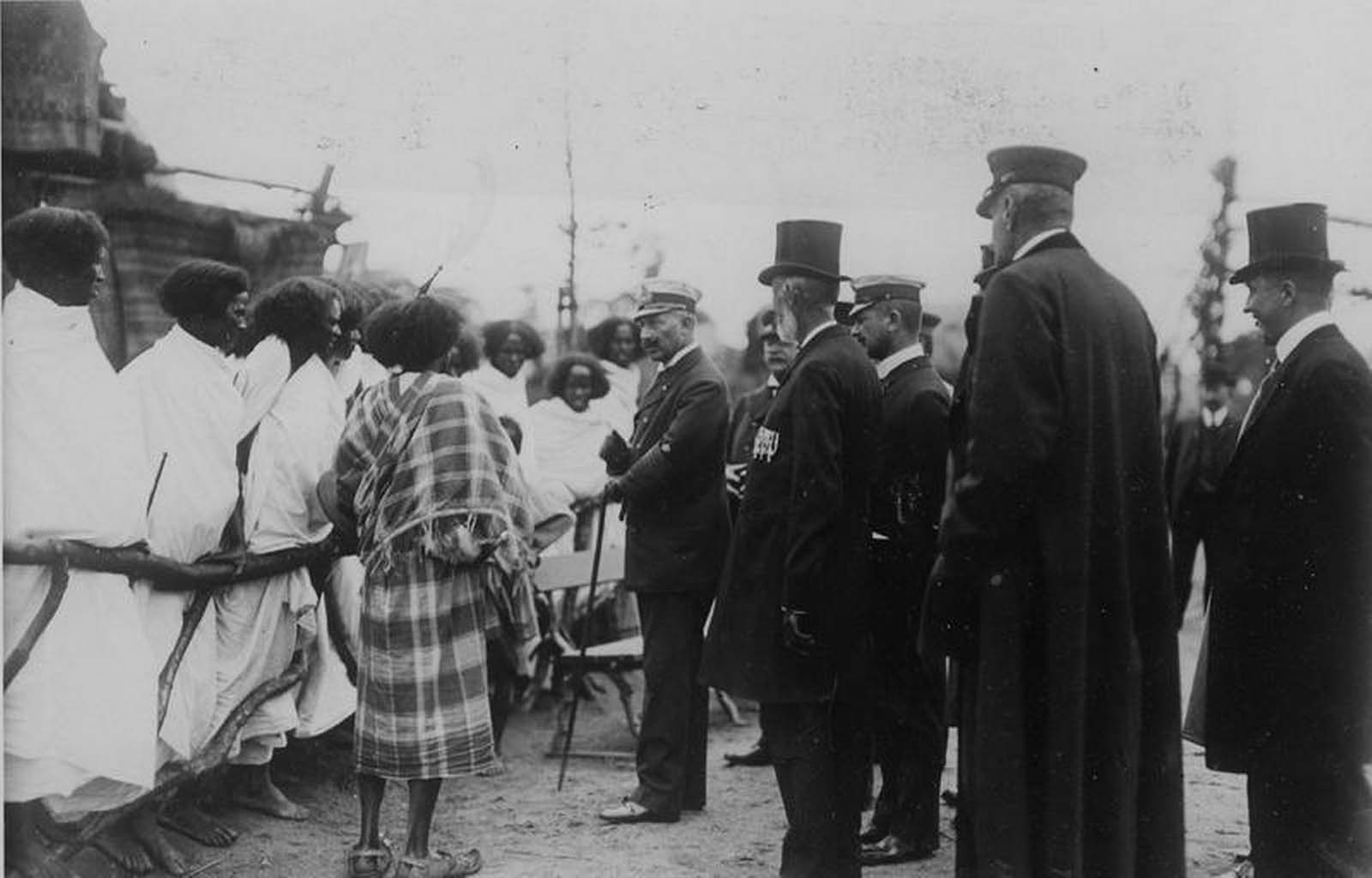 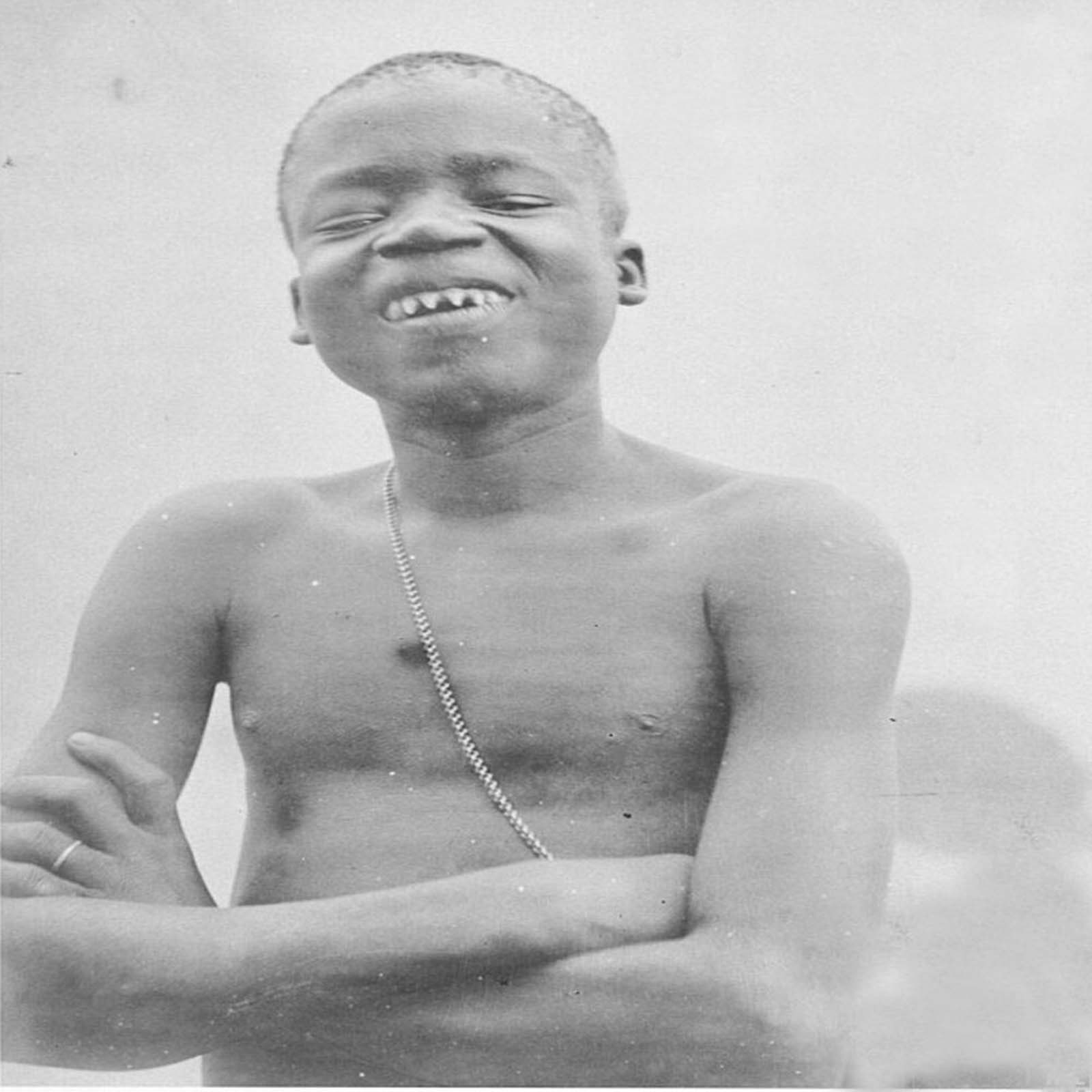 Ota Benga, a Congolese man exhibited in the New York’s Bronx Zoo in 1906, was shockingly described as a ‘missing link’ of evolution. Over 40,000 people came to see him every day and was often subject to mocking from the crowd. 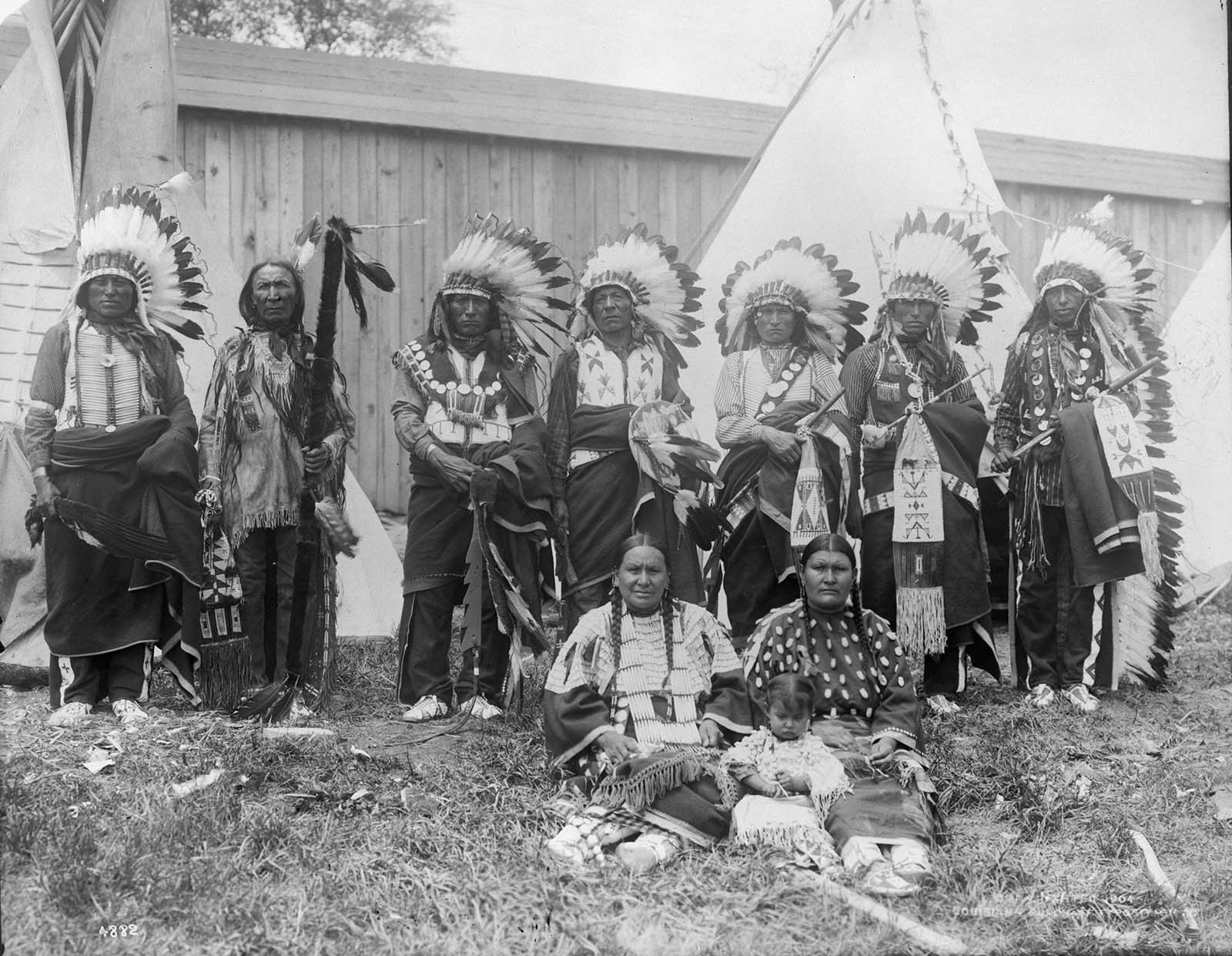 Chief Yellow Hair and his council standing in front of replicas of teepees at a human zoo at the 1904 World’s Fair in St Louis, Missouri. 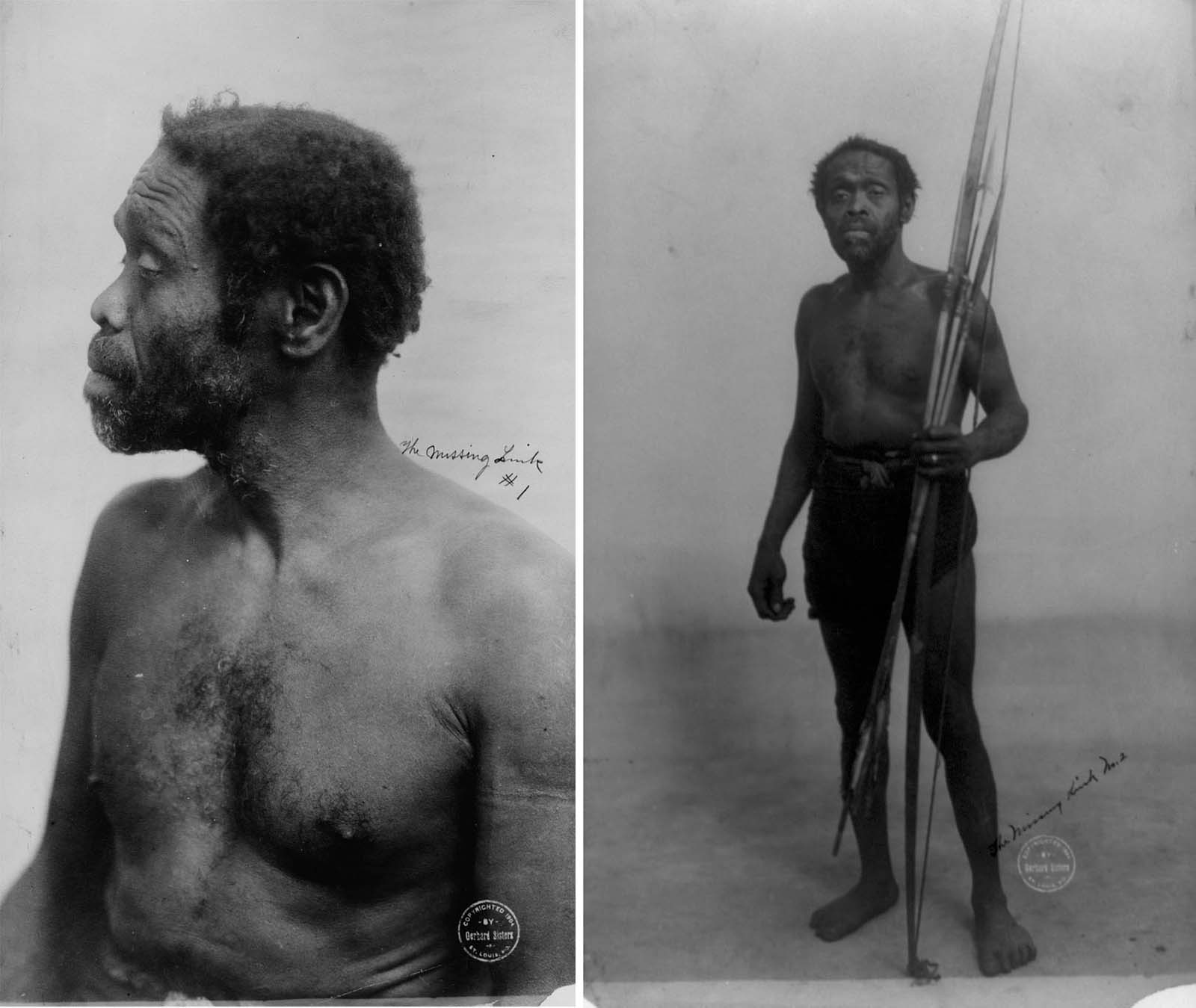 This unidentified African man was cruelly displayed as an exhibit at the 1904 St. Louis World’s Fair in Missouri. The words ‘the missing link’ were scrawled on both of the photos. 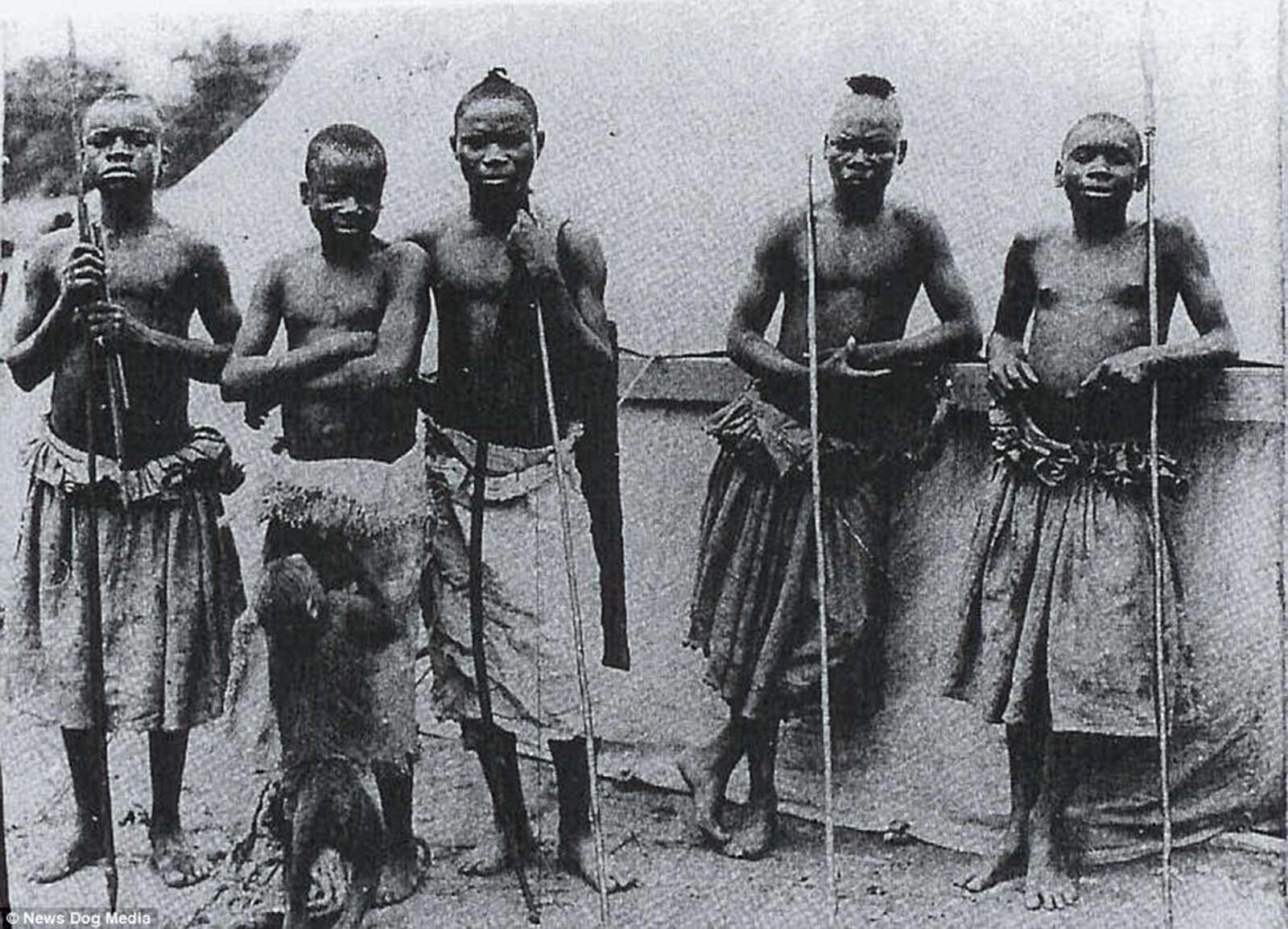 The dreadful treatment of Ota Benga (second from left), a Congolese man ‘exhibited’ in New York’s Bronx Zoo in 1906, sparked outrage and he was eventually released. But six years later he tragically took his own life after being unable to assimilate into American life. 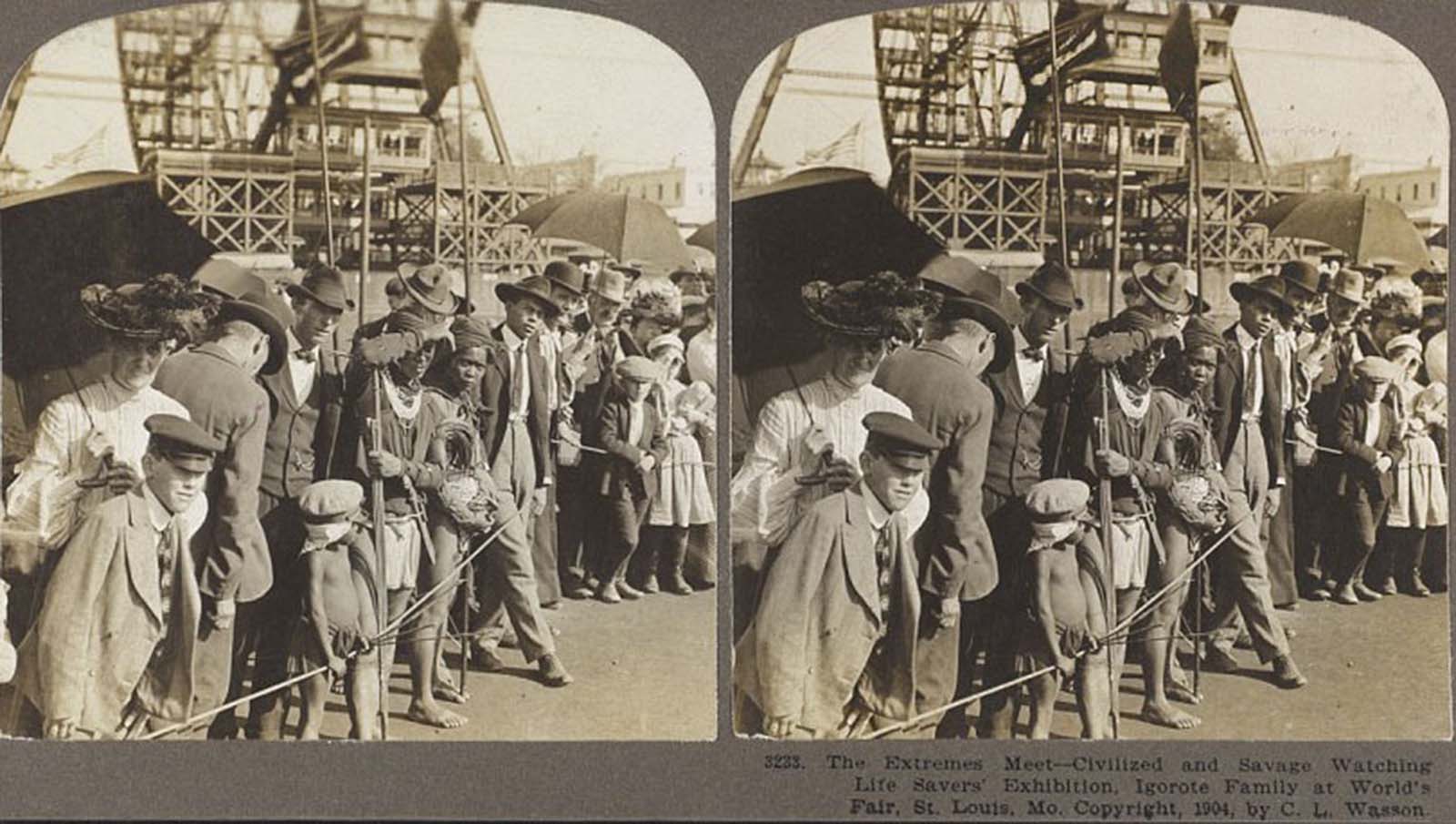 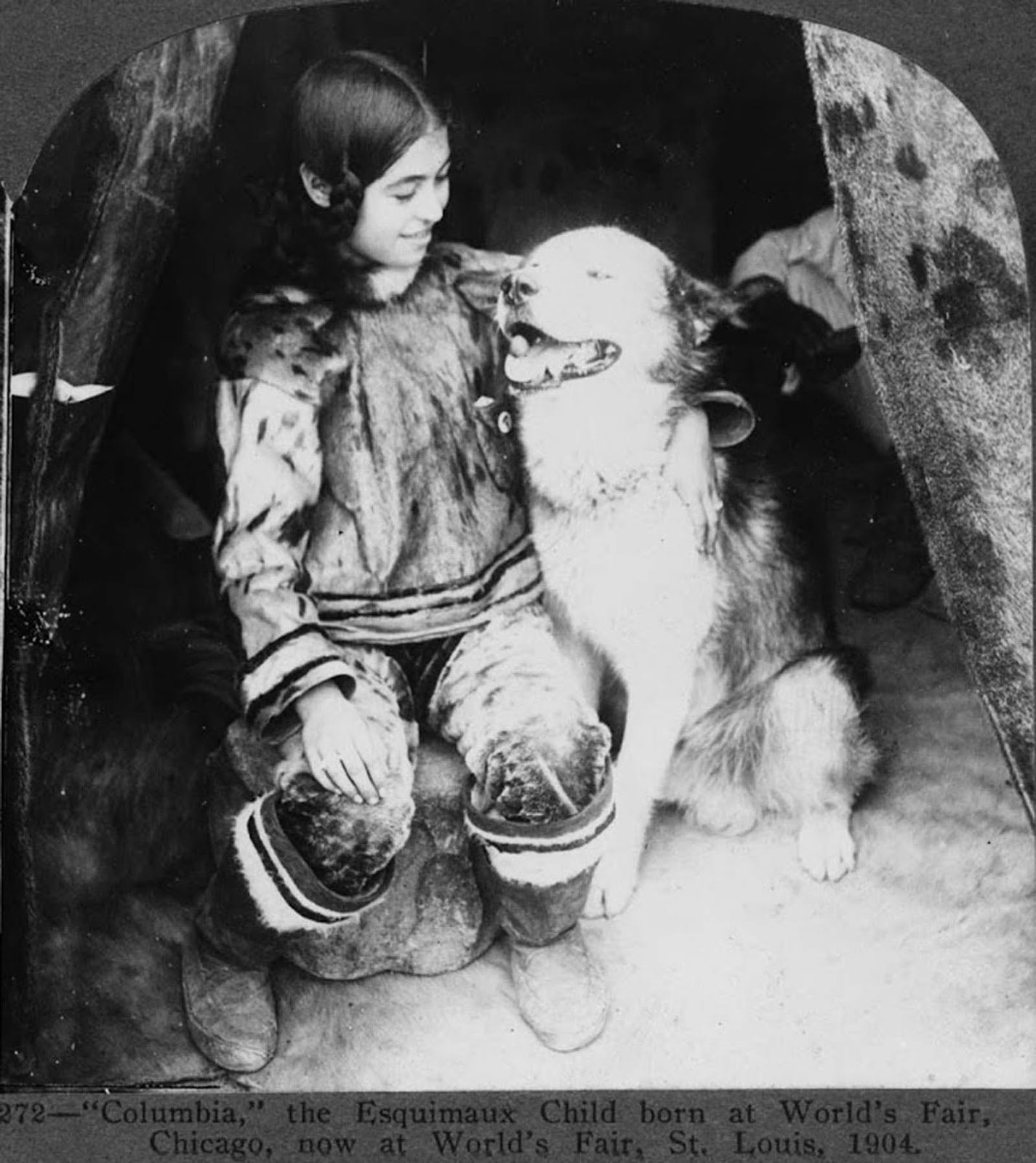 This Eskimo child, pictured with a dog, was born at World’s Fair in Chicago and is pictured after being transferred to World’s Fair, St. Louis in 1904. 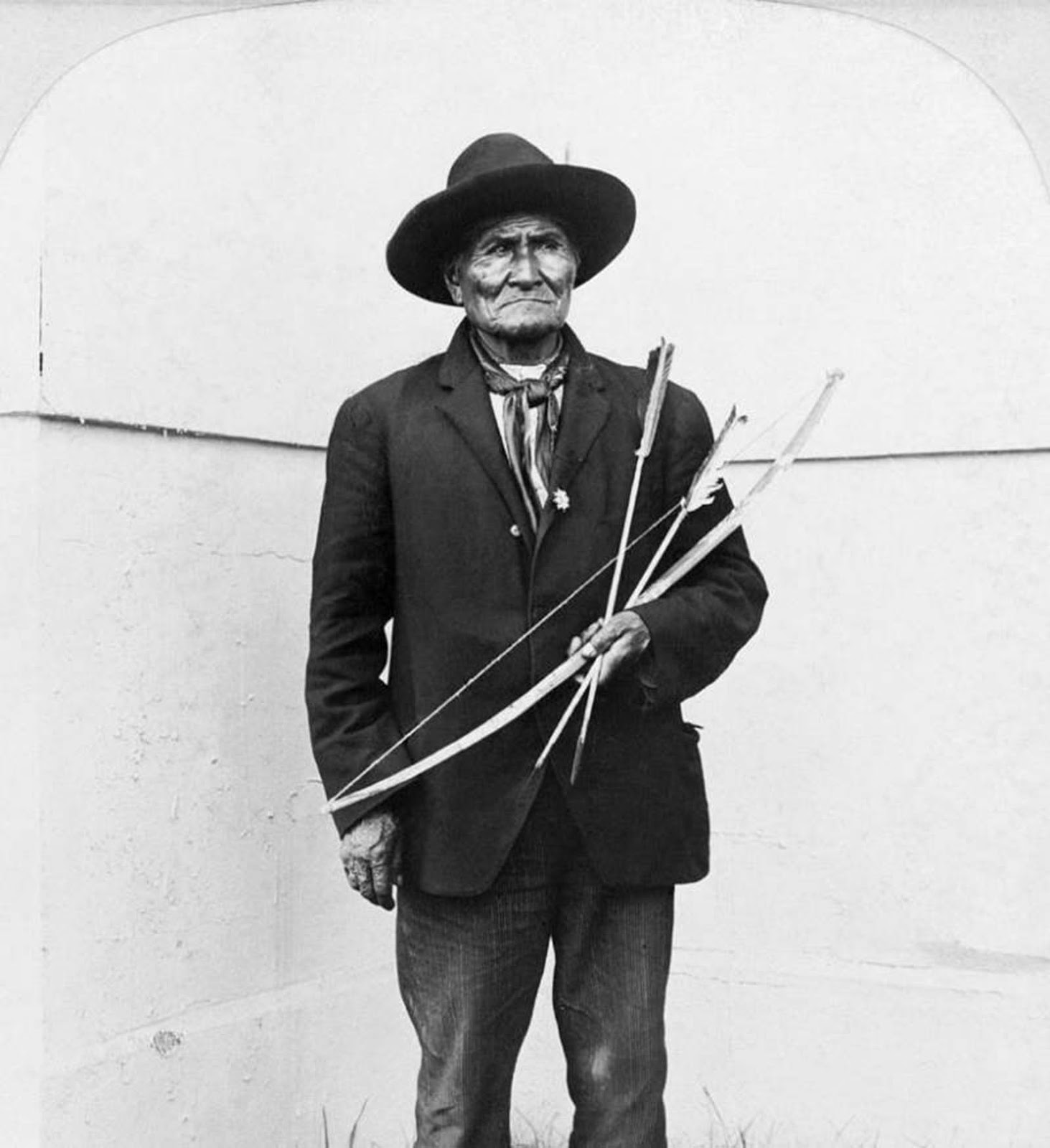 Not far from the Filipino exhibition at the 1904 St. Louis World’s Fair, the Apache hero Geronimo (pictured) would pose for tourists and sign autographs. Geronimo and several other Native American chiefs were also ‘on display’ at the event.

An Egyptian dancing girl at the World’s Columbian Exposition, Chicago, Illinois, USA, circa 1893. 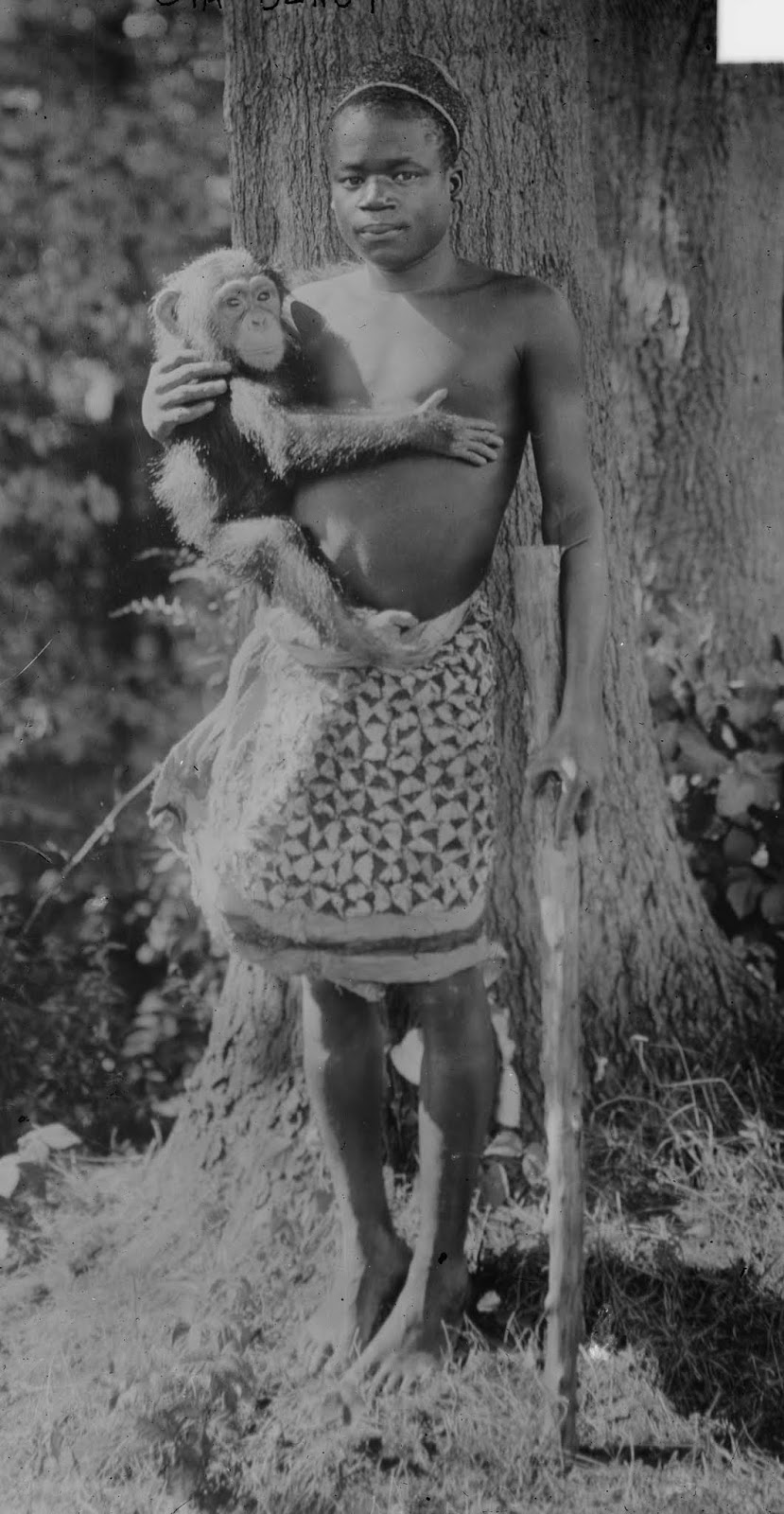 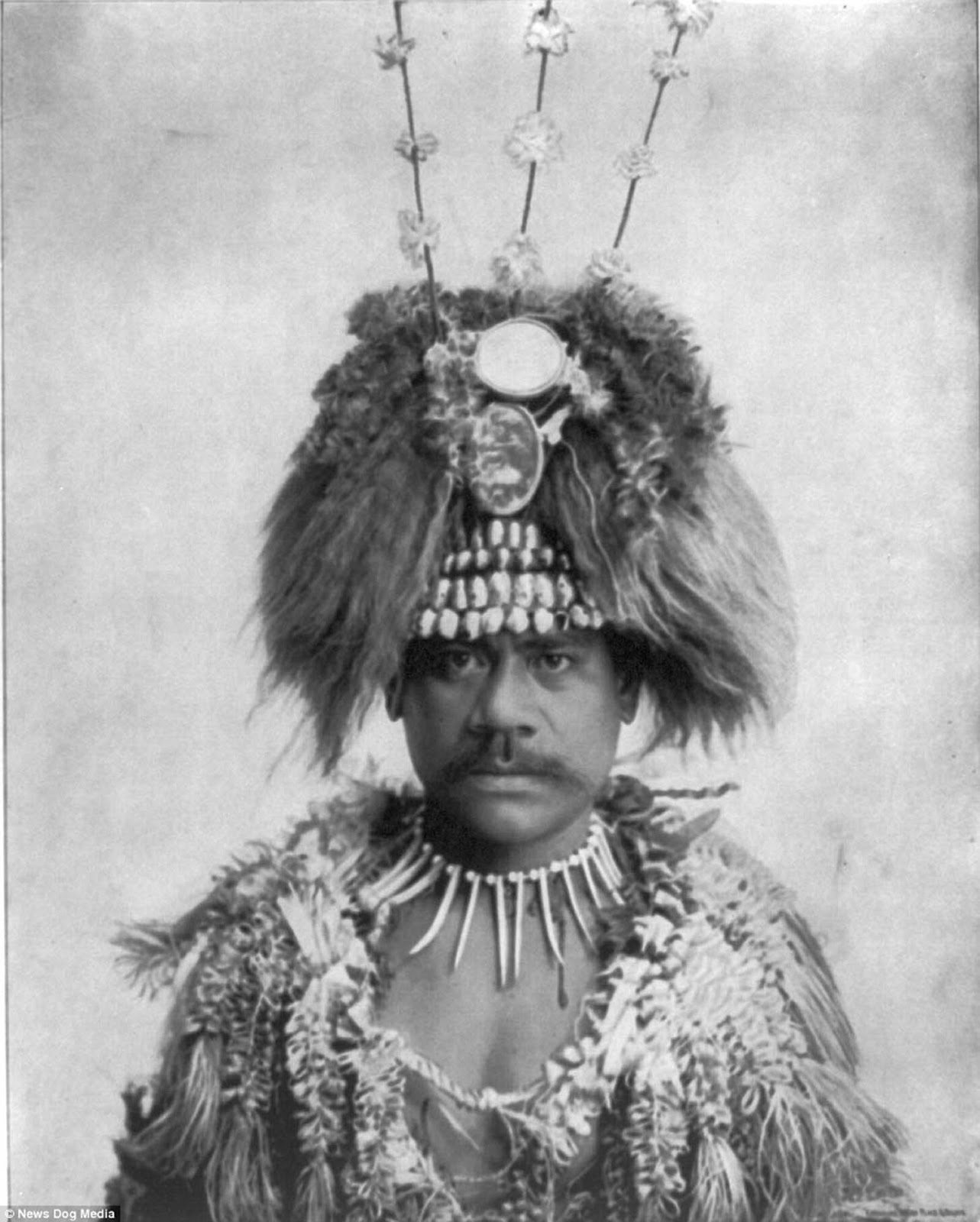 A head and shoulders photo shows a man in native headgear and dress at the World’s Columbian Exposition in Chicago, Illinois in about 1893. 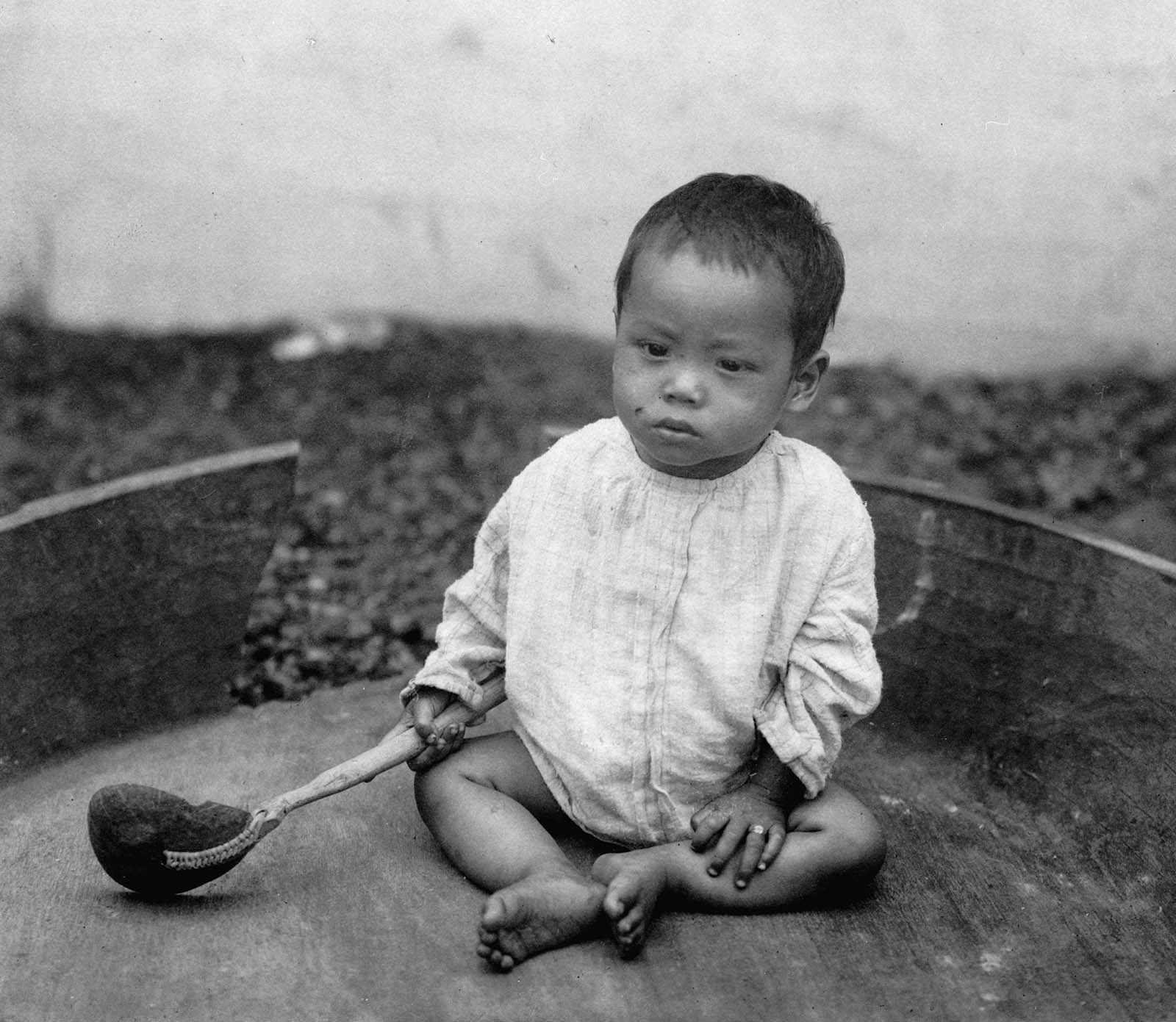 Even children and babies were treated as displays in the human zoos. This youngster was among others at the World’s Columbian Exposition in Chicago, Illinois in about 1891. 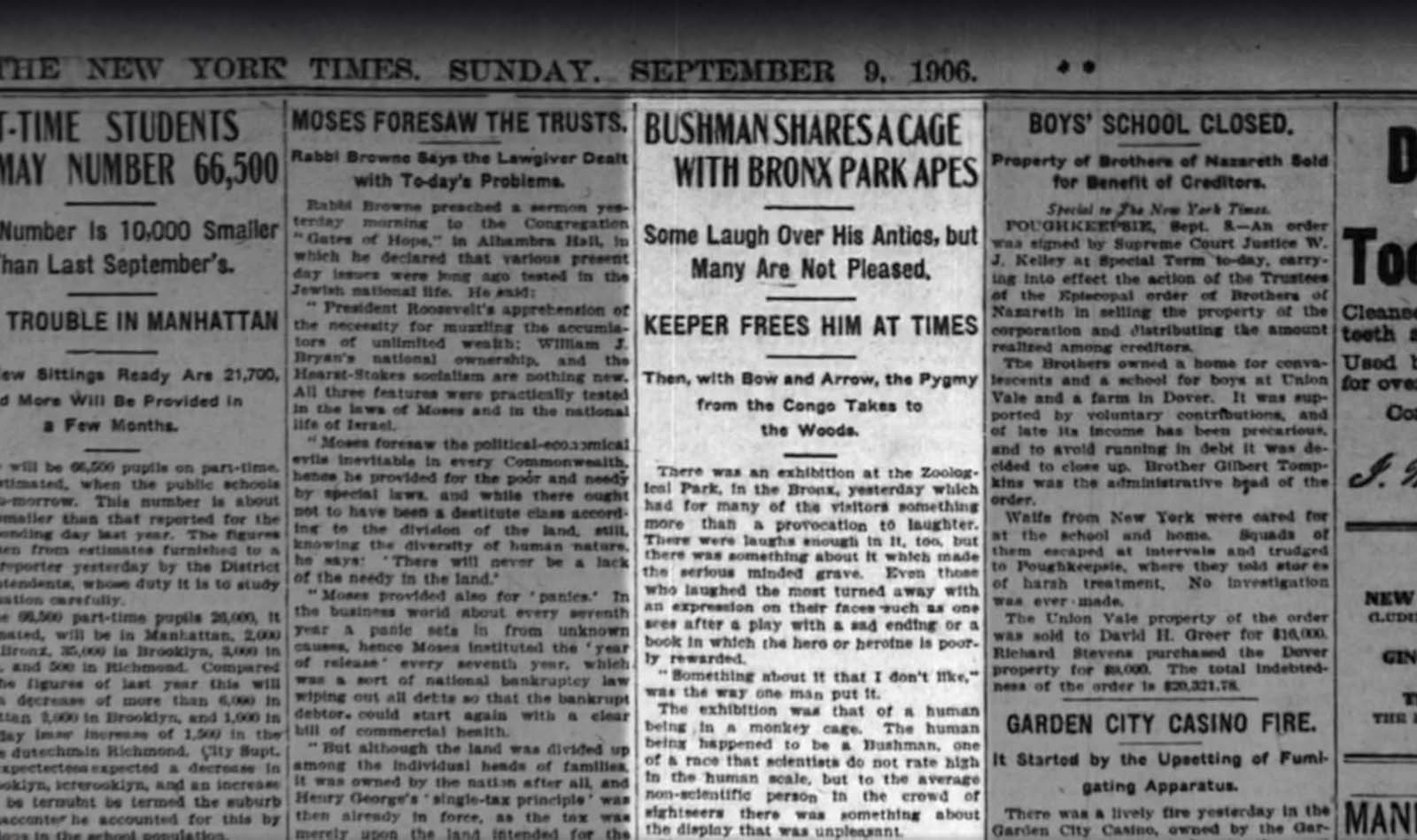 Congolese man Ota Benga was treated as an exhibit before public outrage led to his release. But six years later he tragically took his own life after being unable to assimilate into American life. 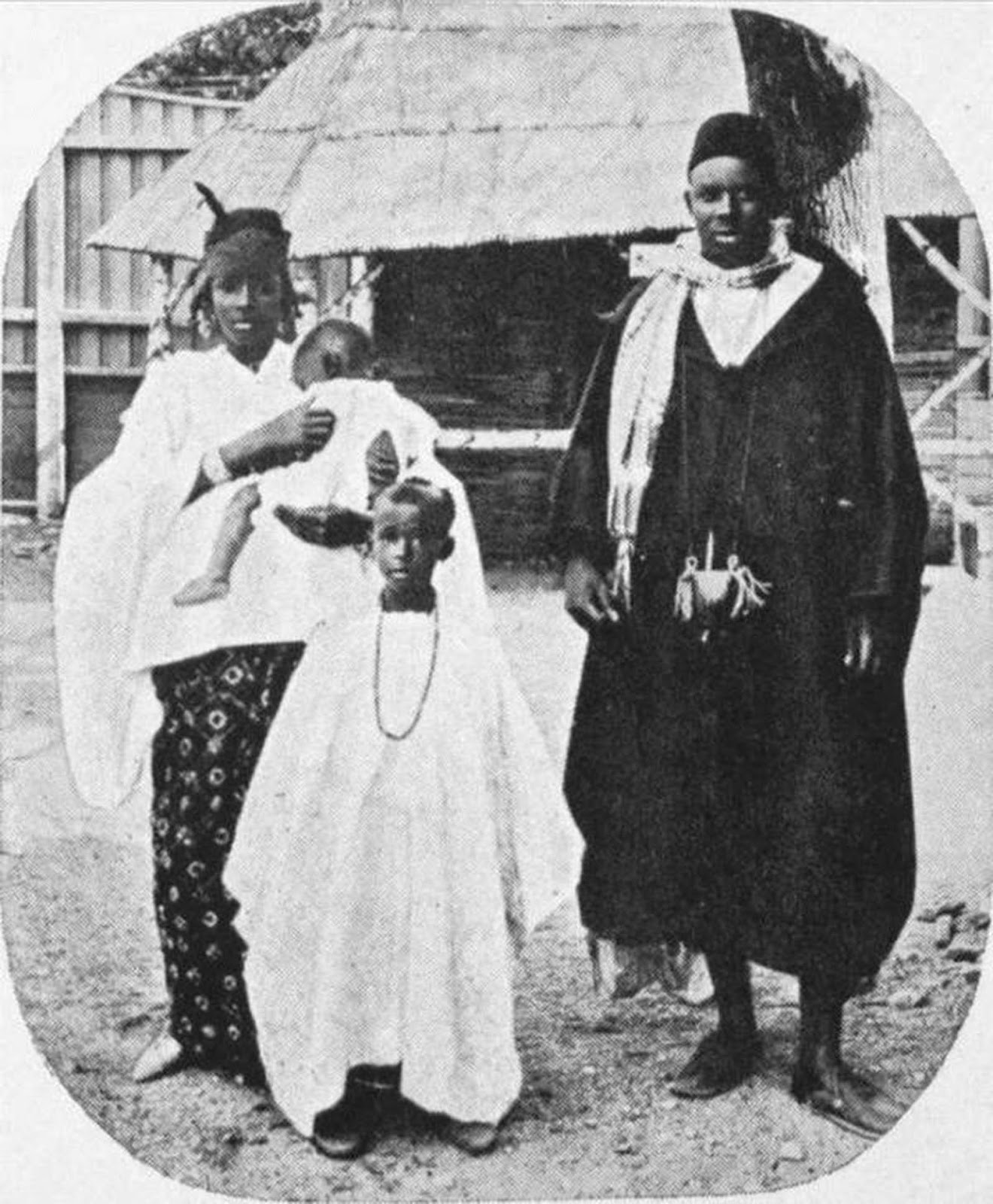 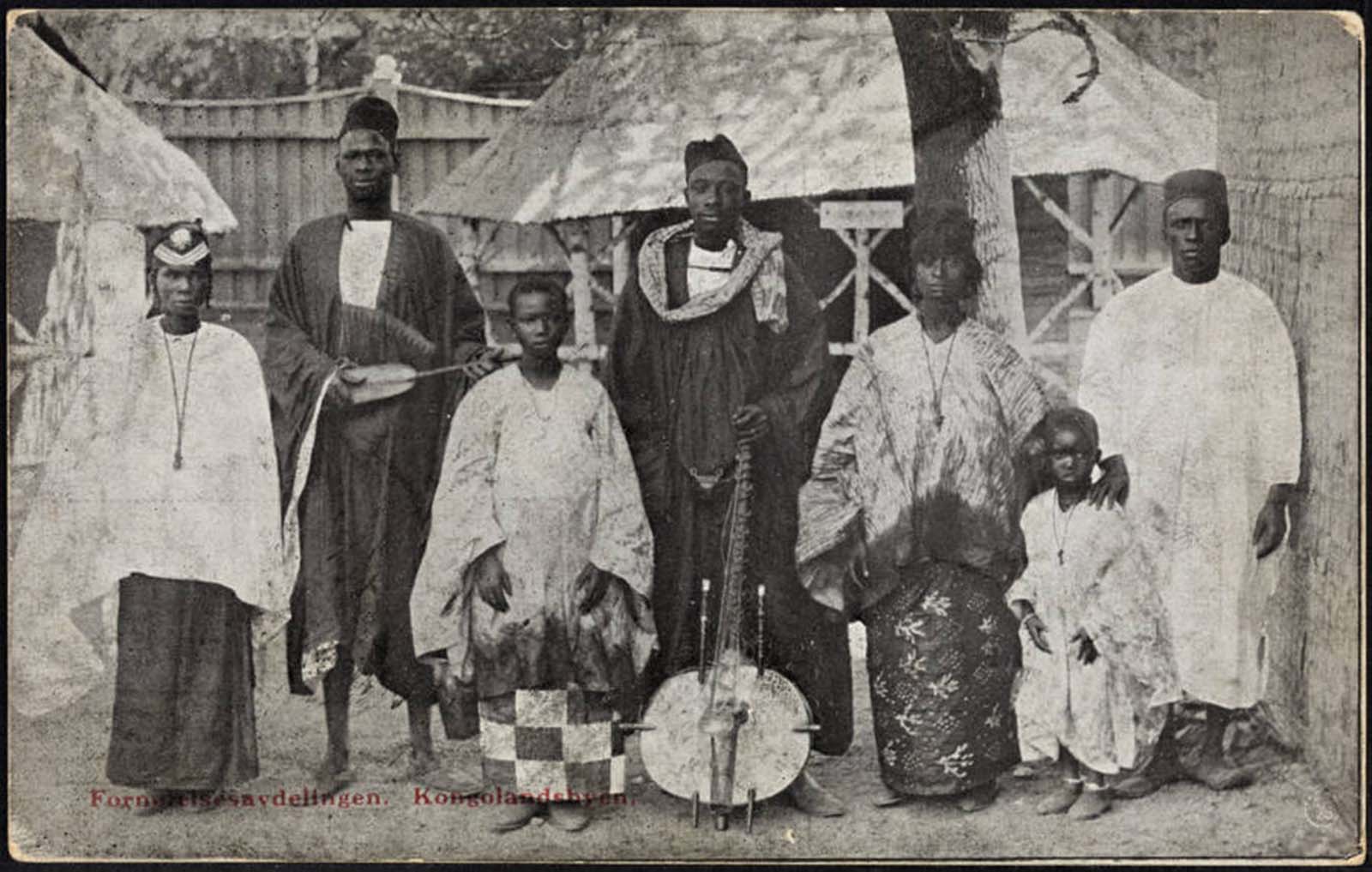 Unidentified members of a human exhibition in Oslo, Norway, 1914. 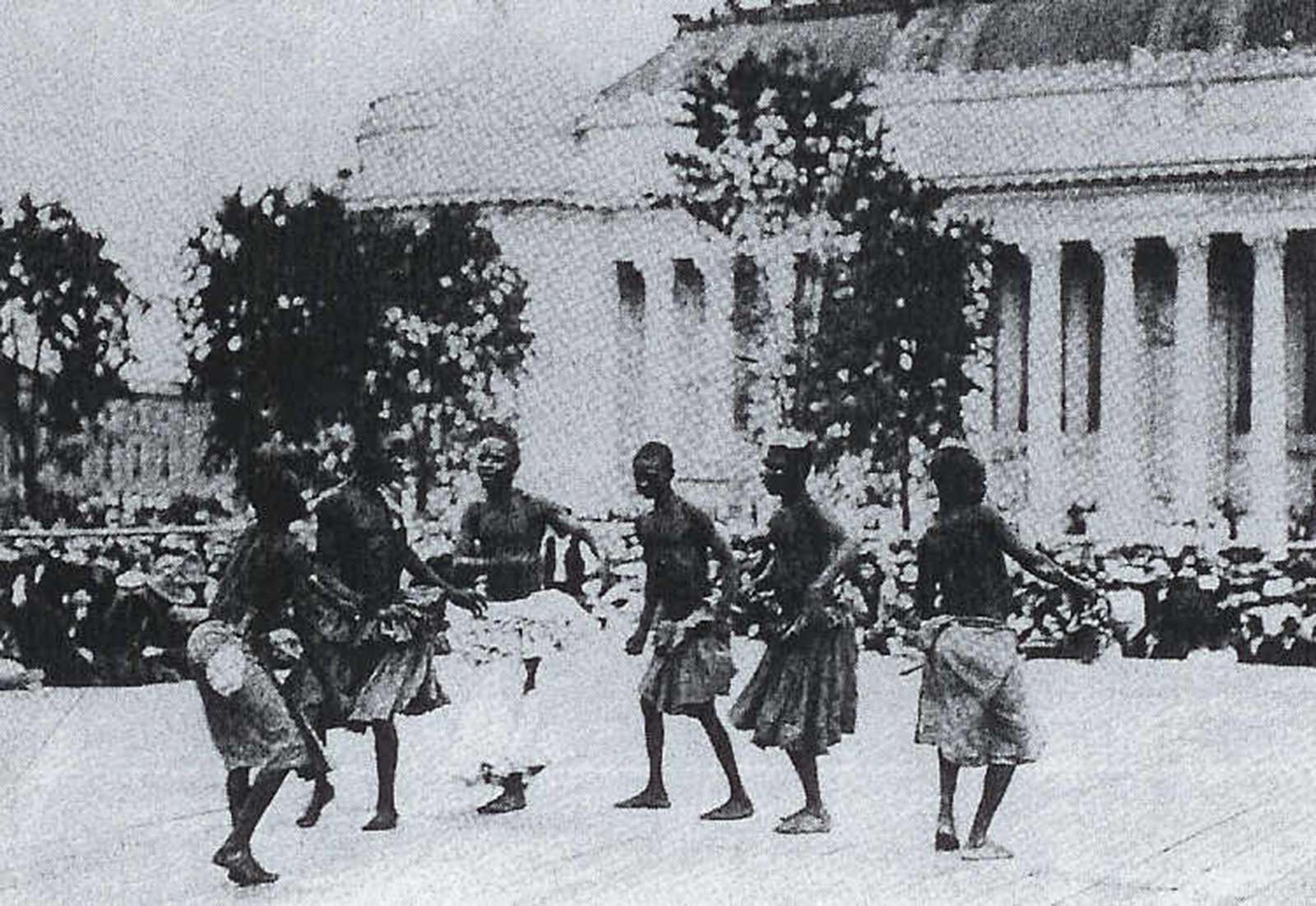 A Congolese Pygmy tribe dances at the St. Louis World Fair in 1904.