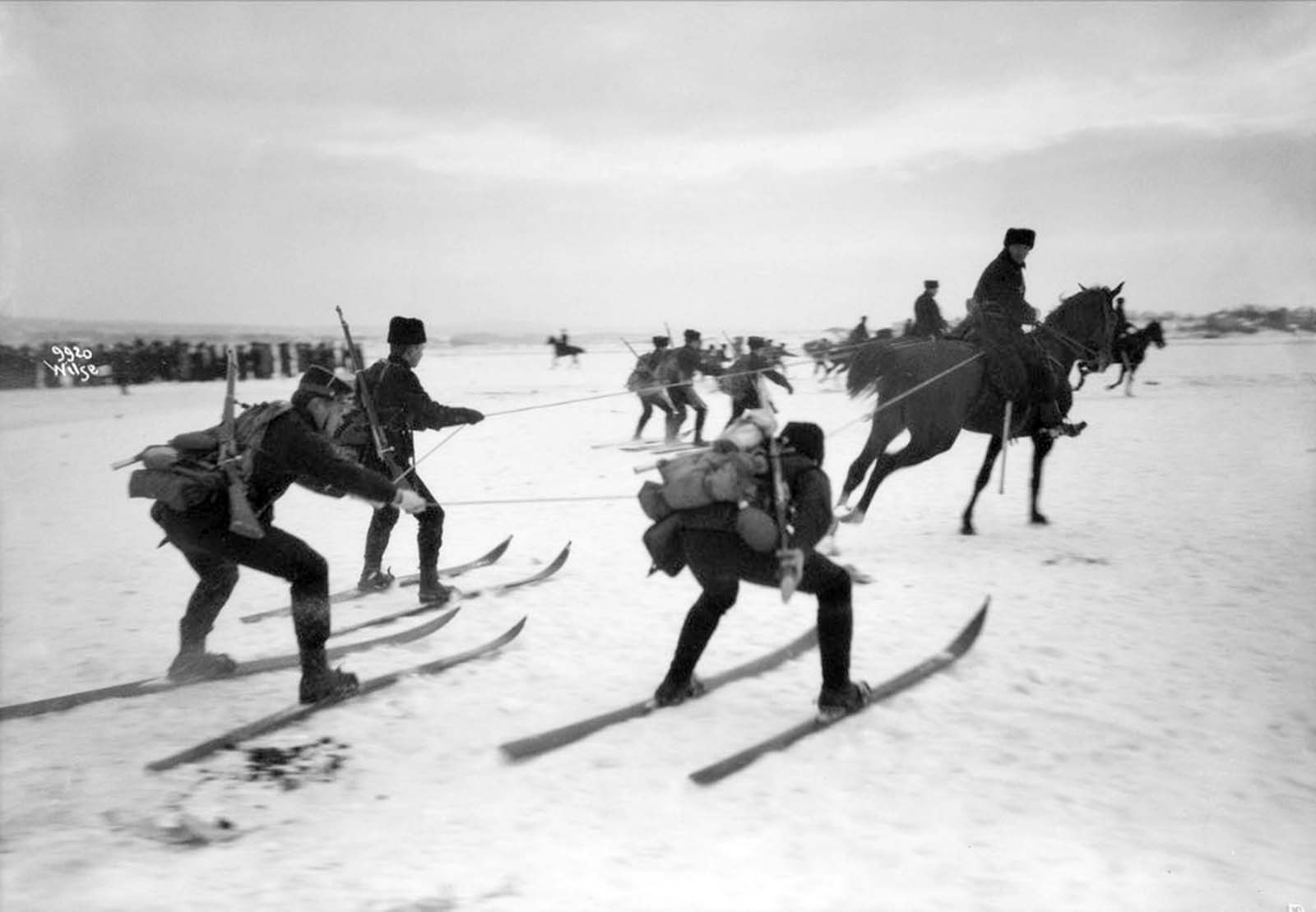 For hundreds of years, Sami people harnessed reindeer and strapped on Nordic skis as a way to travel across vast snowy expanses. Skijoring (“ski driving”) is still popular in all Scandinavian countries. Reindeer races are still held in Tromso, Norway; Inari, Finland; and Nadym, Russia. By 1912, skijoring behind horses was a popular activity in Switzerland and France.

From its roots in Europe, equine skijoring found its way to North America. In 1915, it appeared as a recreational activity in Lake Placid, New York and beginning in 1916 was a regular pastime at the Dartmouth Winter Carnival in Hanover, New Hampshire.

In 1924, equine skijoring made an appearance at the Chamonix International Winter Sports Week, which set the stage for its inclusion as an exhibition sport at the 1928 Winter Olympic Games two years later in St. Moritz, Switzerland.

Equestrian skijoring usually consists of a team of a horse and two people: a rider for the horse, and a skier. A rider controls the horse, and the person on skis carries no poles and holds a tow rope in a manner akin to water skiing. 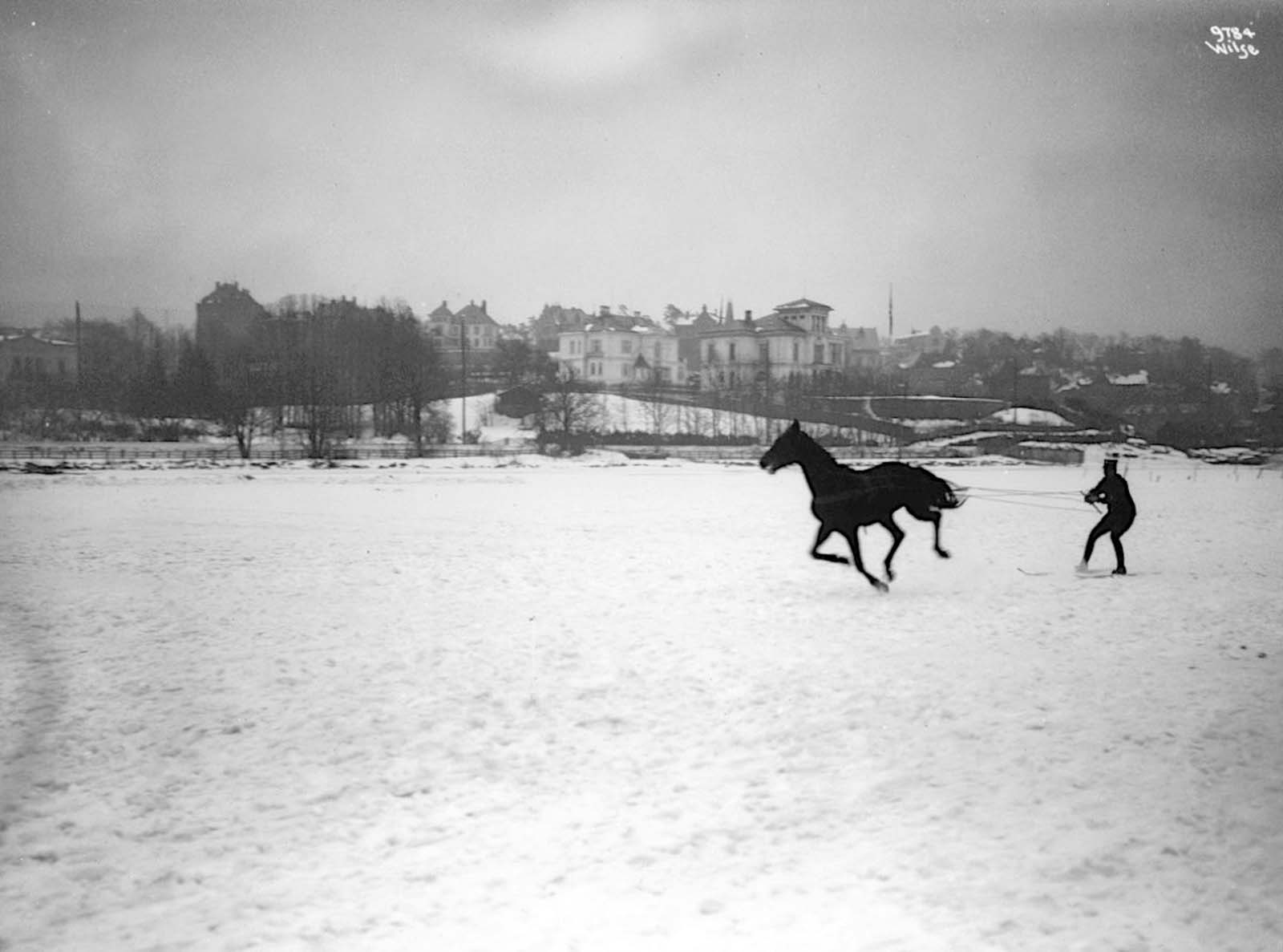 In some places in Europe, competitions involve a riderless horse who is guided by the skier. Open snowpacked fields and community streets are sometimes used, although horse racetracks are also used in some places.

The horses gallop down a track roughly 900–1,200 feet (270–370 m) in length. Skiers must navigate a series of jumps and gates. At some events, to add difficulty, the skier is also required to grab one or more rings as they ski past a station on the course.

On a straight track, the horse runs down the middle of the course with the skier navigating slalom gates and jumps on either side of the track.

Some places use a horseshoe-shaped track that allows the horse to run on the inside of the track and the ski jumps are set on the outside of the track for the skier. Jumps are 2 to 7 feet (0.61 to 2.13 m) in height, lower on curved tracks or in places where snowboarders wish to compete. 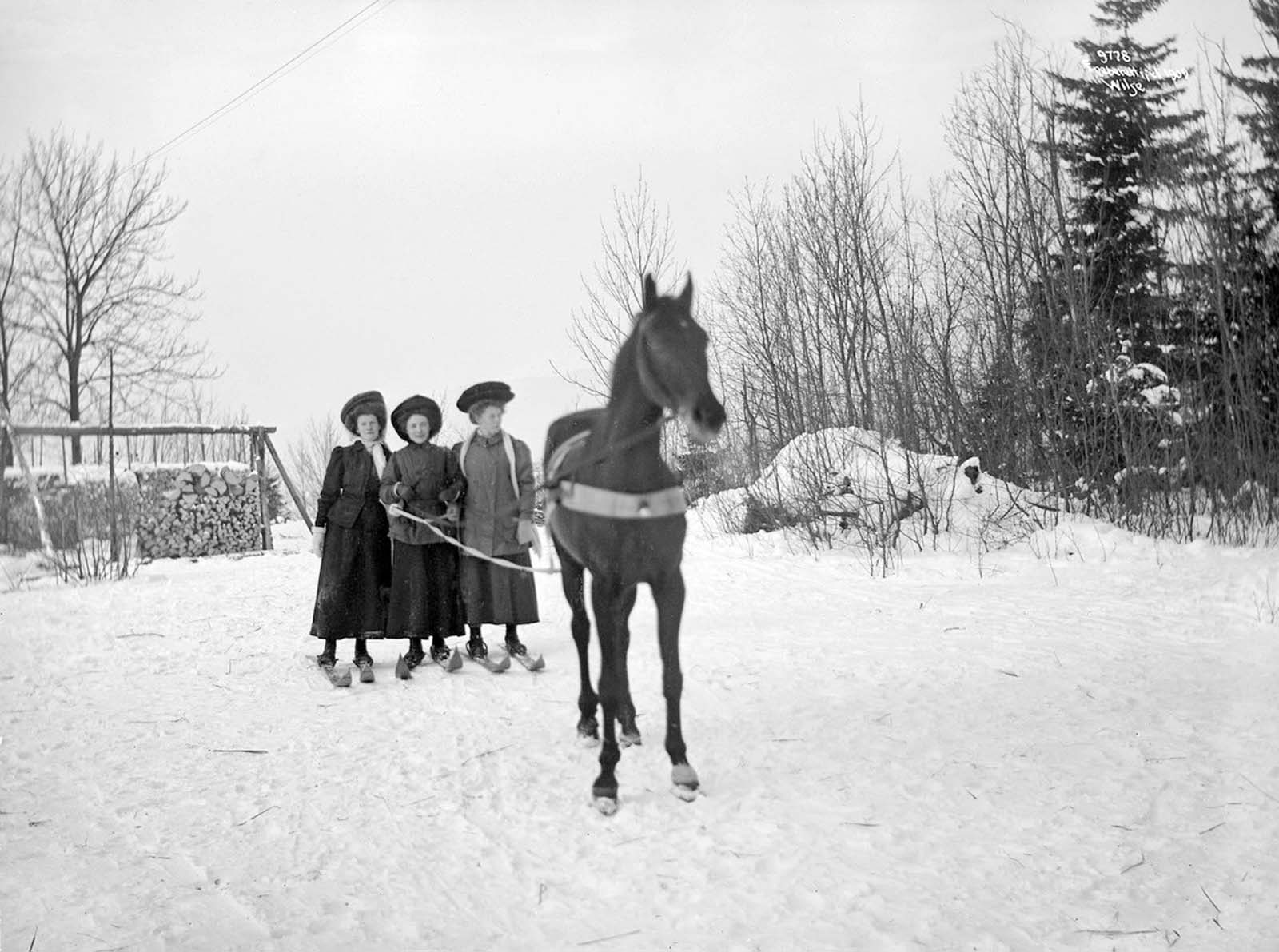 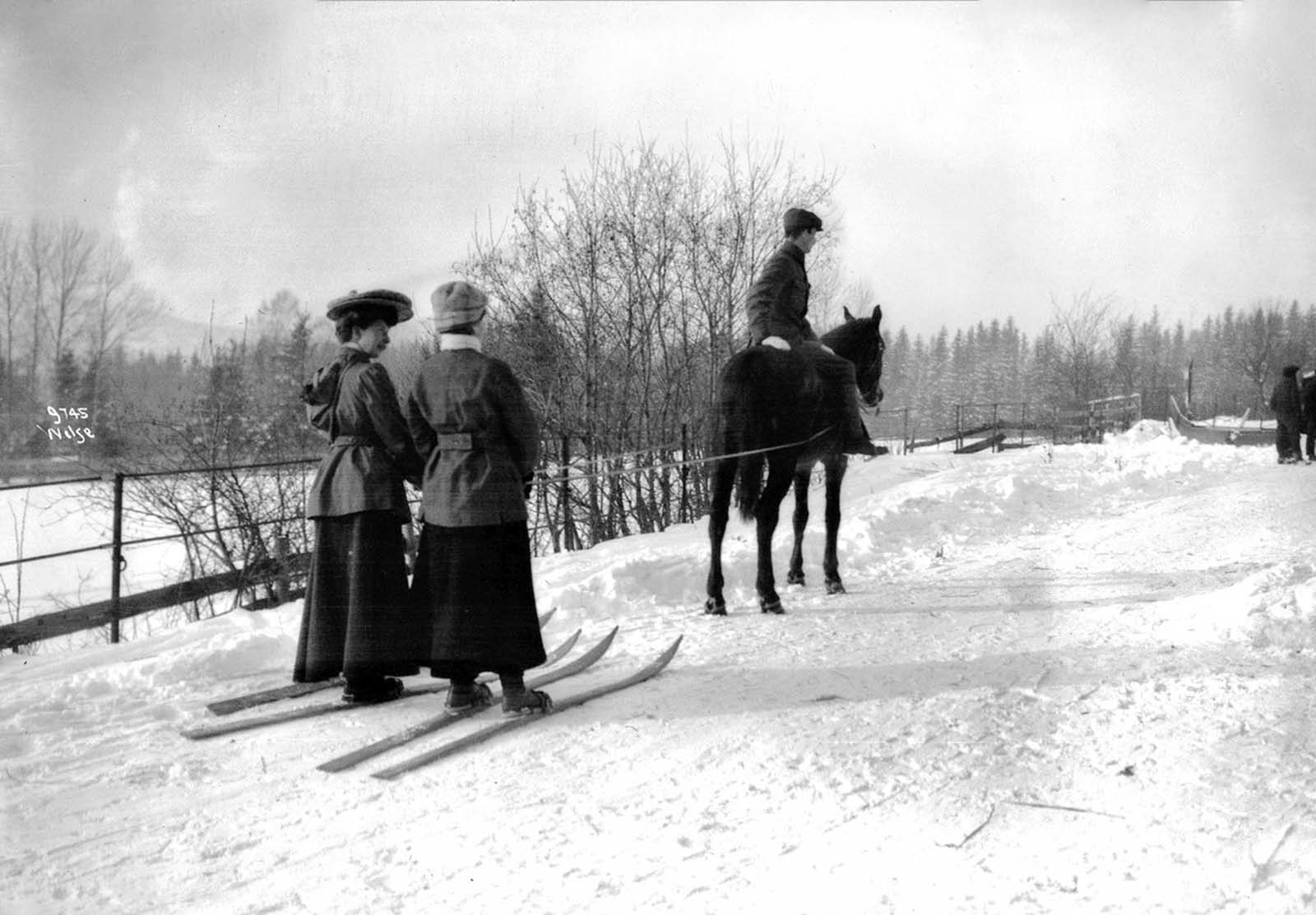 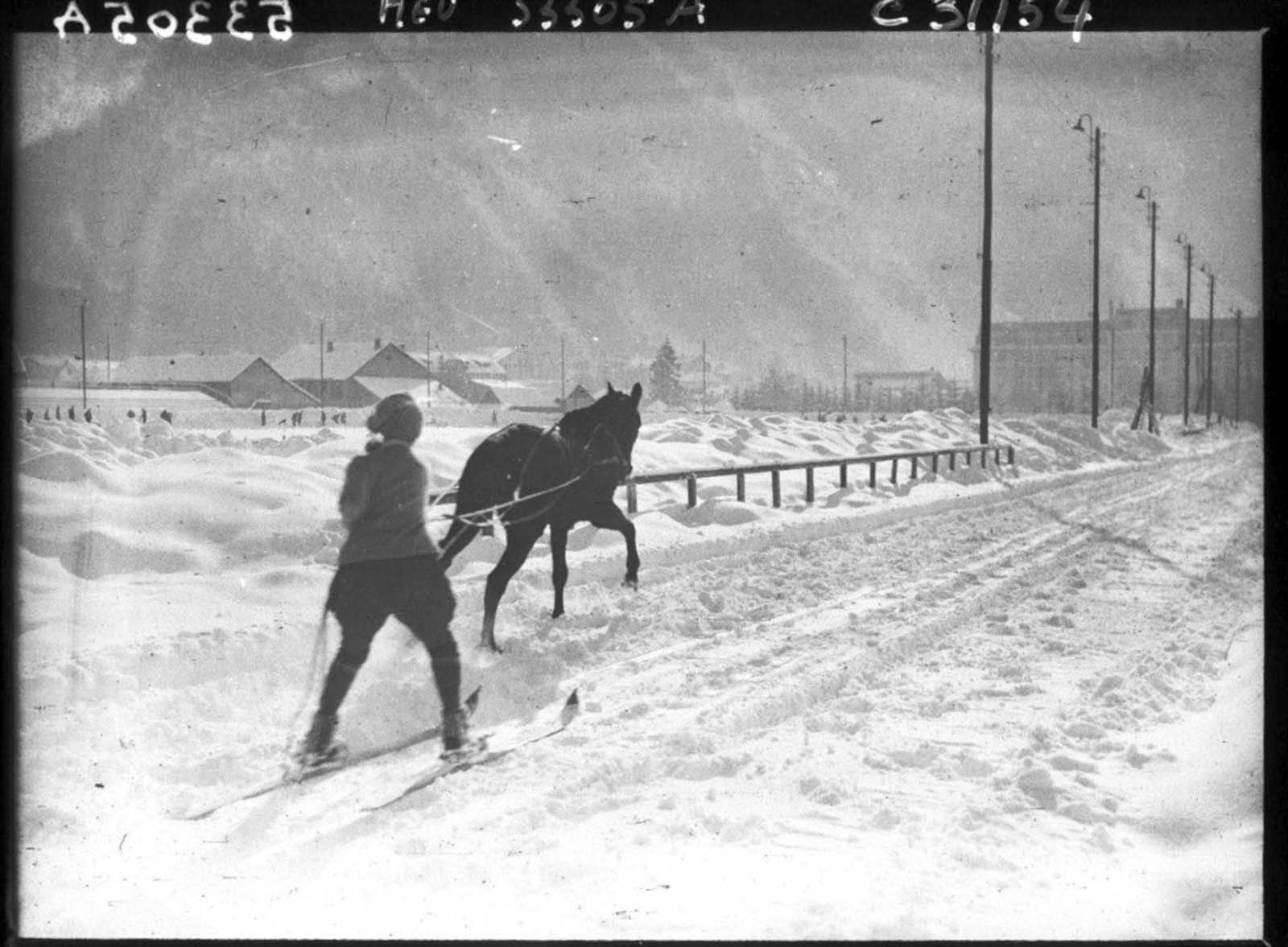 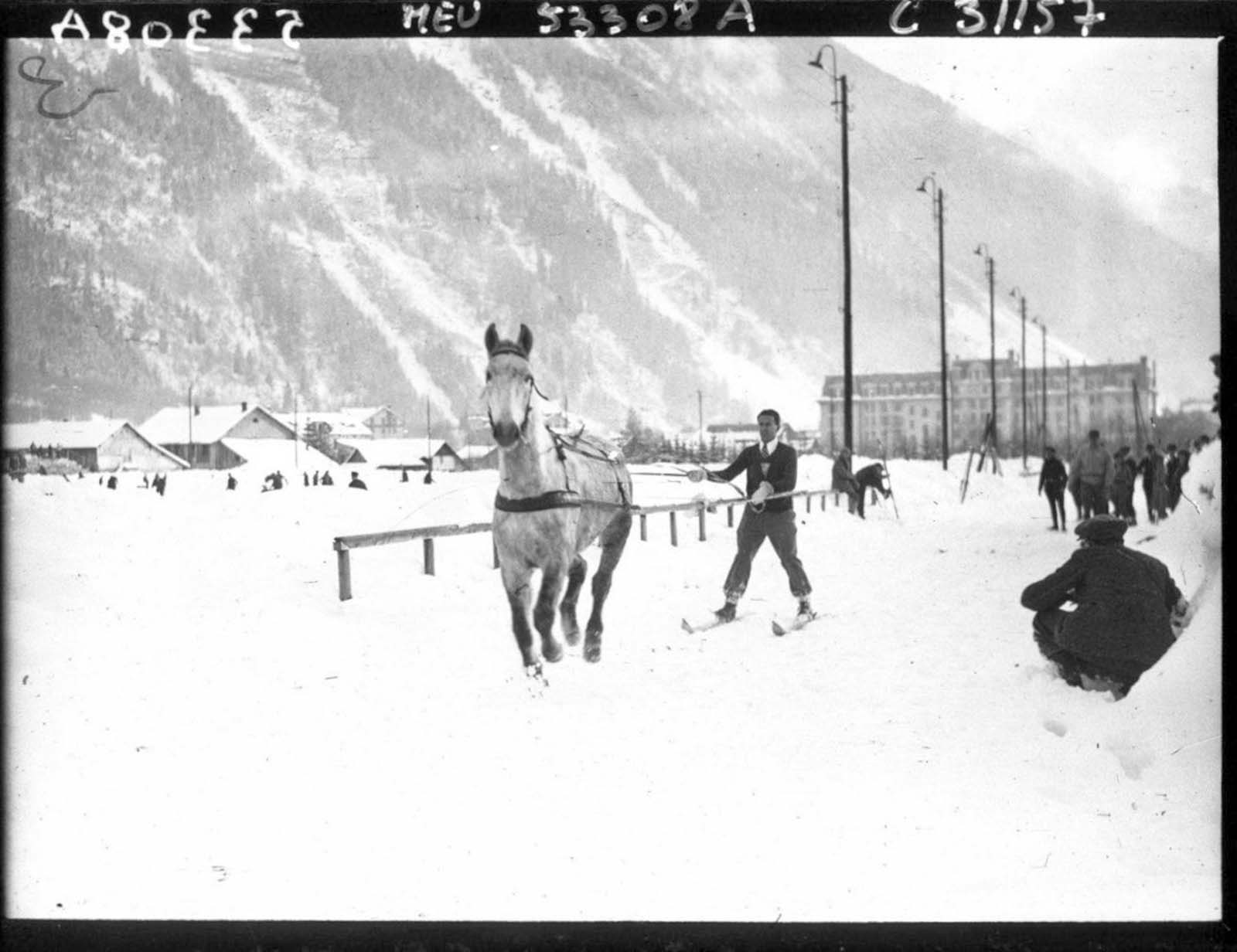 The skijoring belt worn by the skier is a wide waistband which is clipped around the skier’s waist, and which may include leg loops to keep it in position. 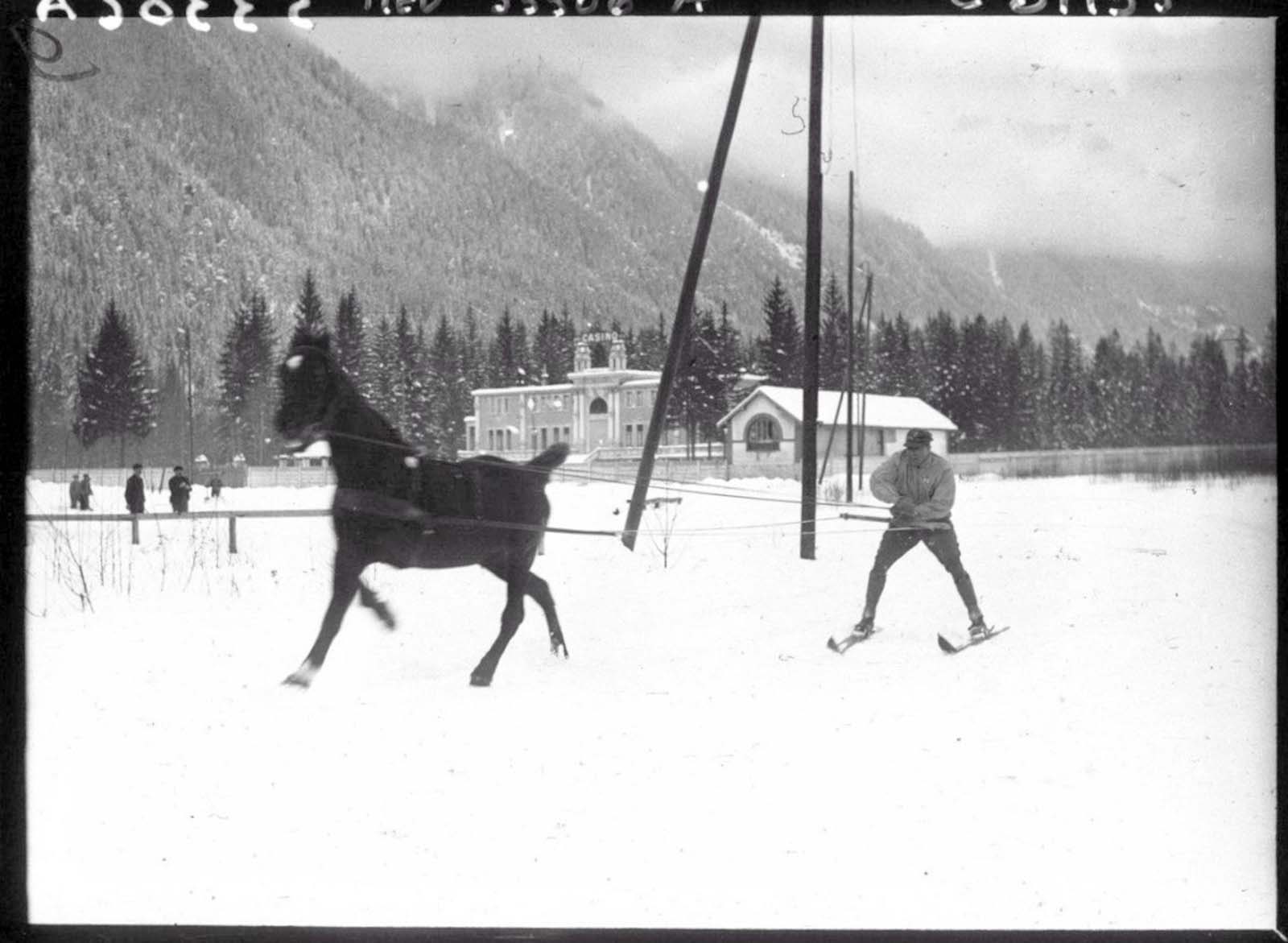 The skijoring line is usually at least 2.5 metres (8 feet) long. 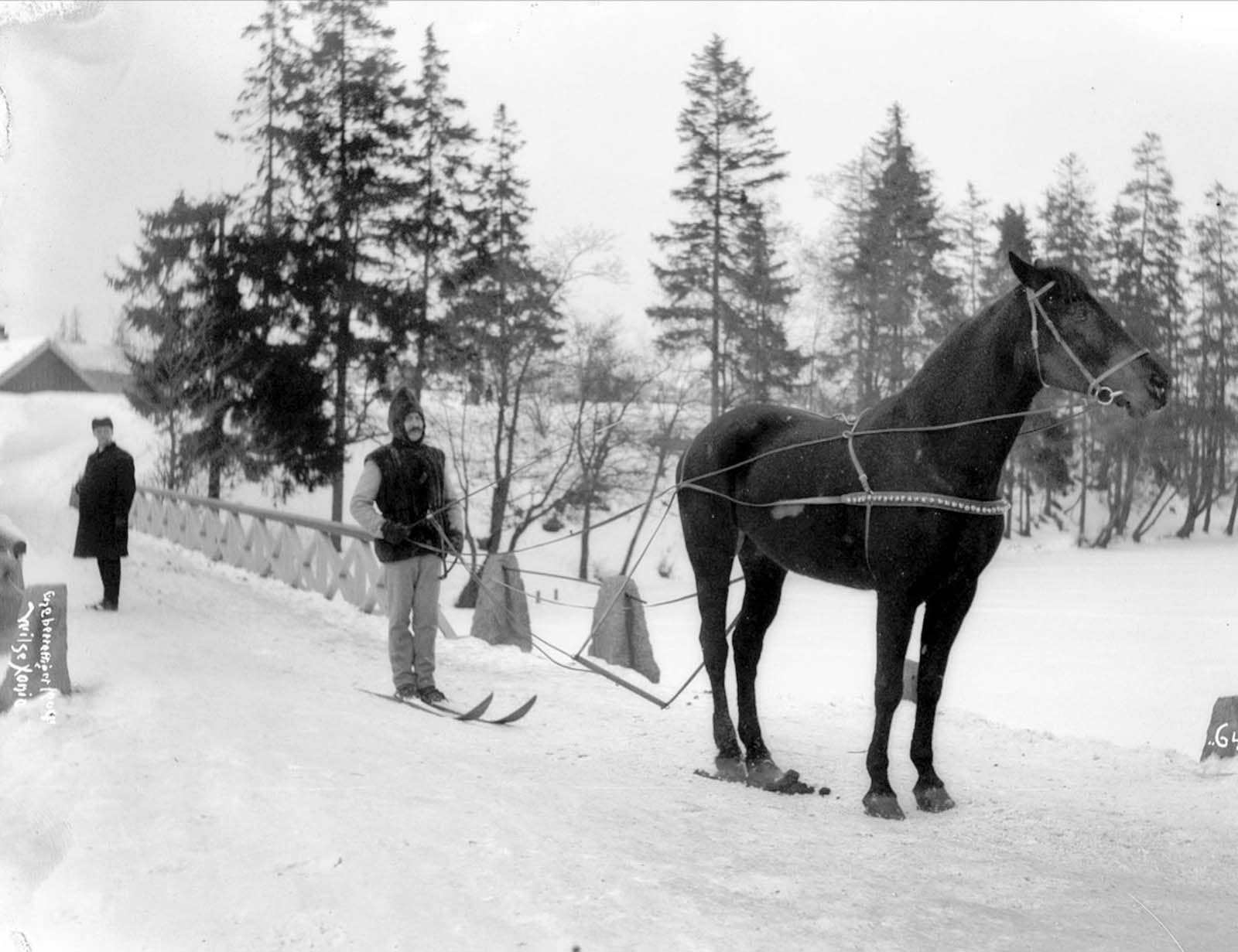 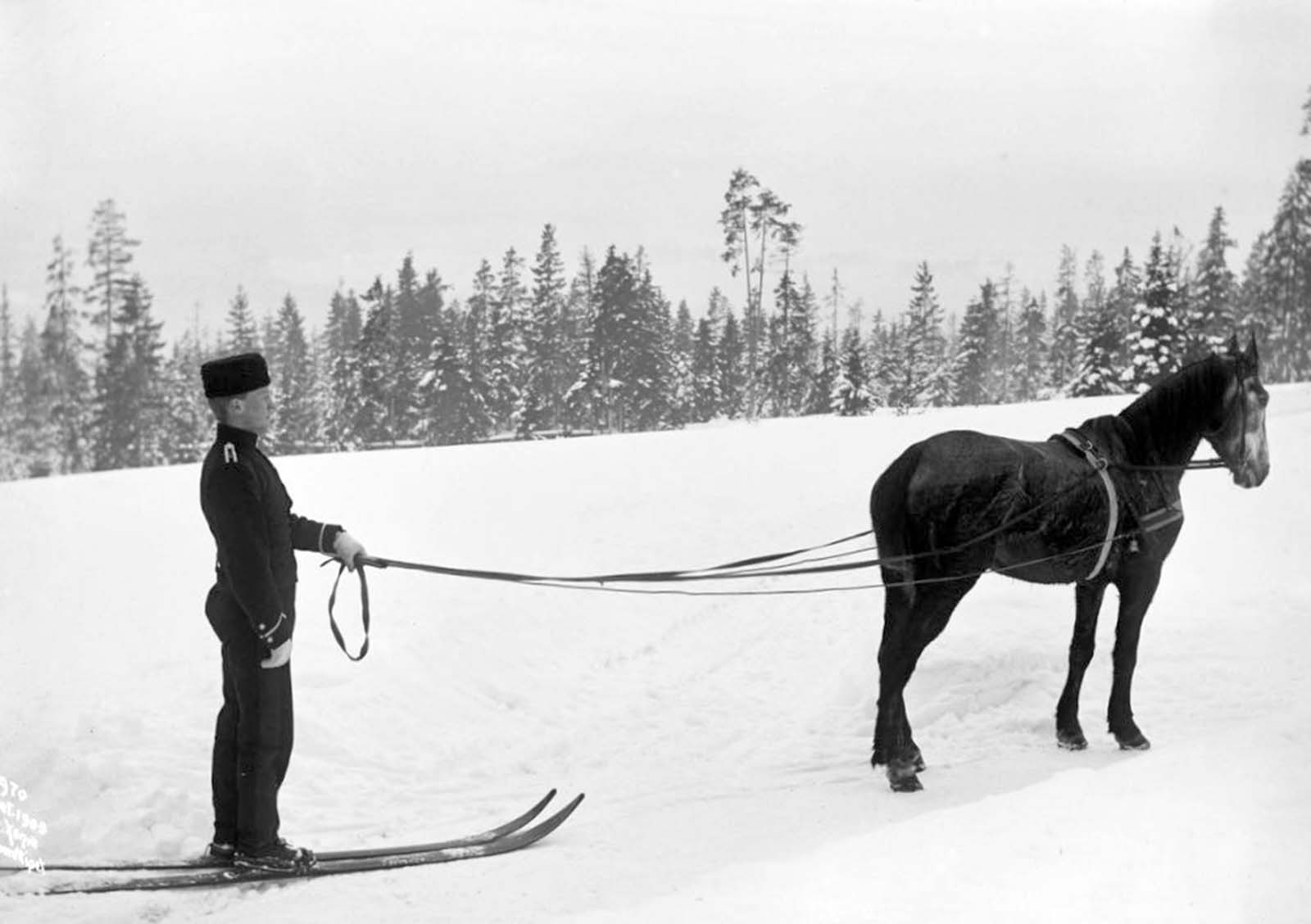