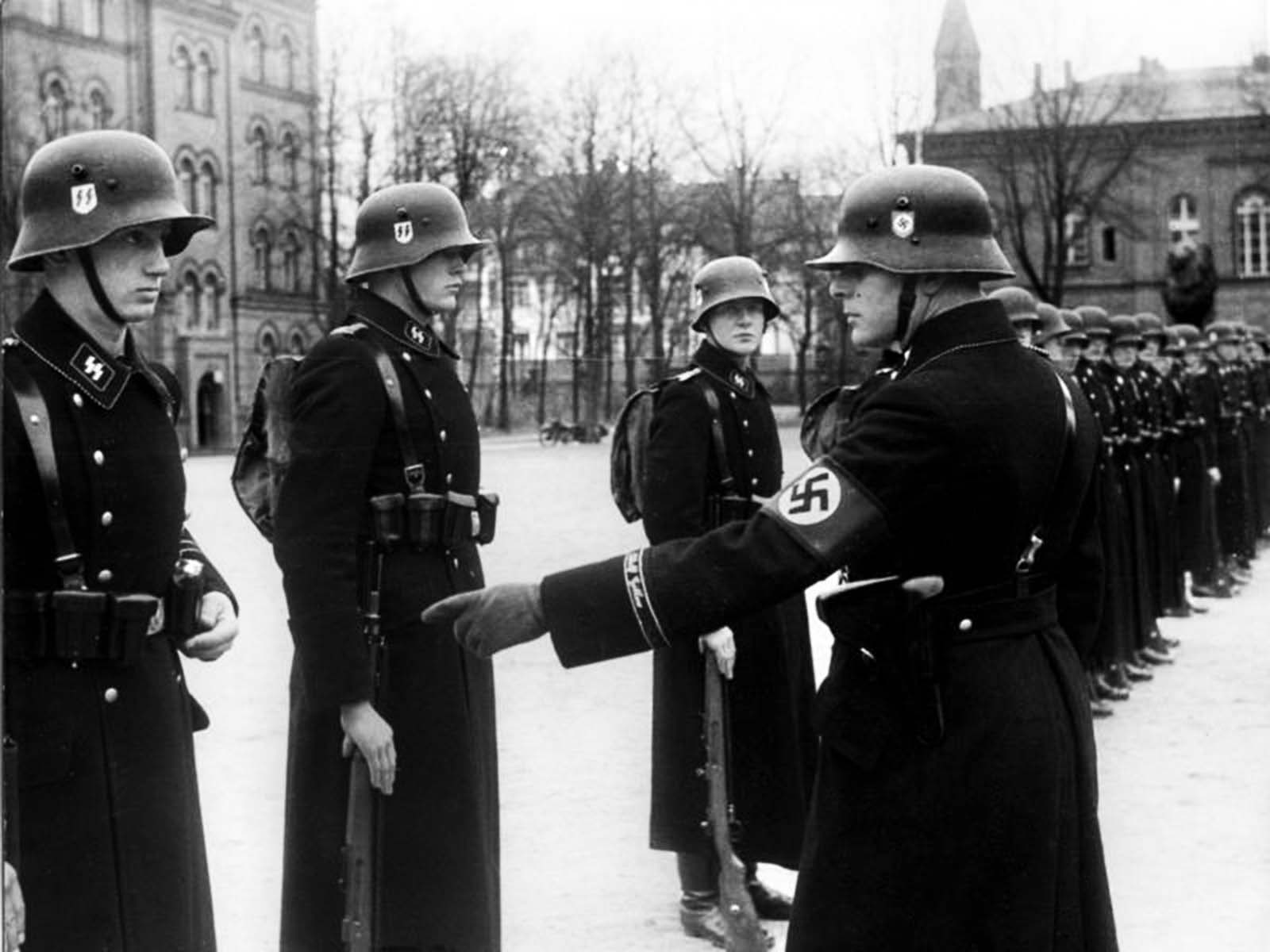 Men of Leibstandarte ‘Adolf Hitler’ at the Lichterfelde barracks in Berlin, Germany, November 22, 1938.

The LSSAH provided in the Nazi period for government officials, security personnel, and government buildings. It was located in the “Barracks Royal Prussian Cadet School” former military academy in Berlin Lichterfelde West, where the training of recruit took place.

The LSSAH represented the pinnacle of Hitler’s Aryan ideal. Strict recruitment regulations meant that only those deemed sufficiently Aryan—as well as being physically fit and National Socialists—would be admitted.

The LSSAH provided the honor guard at many of the Nuremberg Rallies, and in 1935 took part in the reoccupation of the Saarland. The Leibstandarte was in the vanguard of the march into Austria as part of the Anschluss, and in 1938 the unit took part in the occupation of the Sudetenland. By 1939, the LSSAH was a full infantry regiment with three infantry battalions, an artillery battalion, and anti-tank, reconnaissance, and engineer subunits.