Adolf Hitler with other German officials walking in front of the Eiffel Tower in Paris, 1940.

One day after France signed the armistice with Germany in June 1940, Adolf Hitler celebrated the German victory over France with a triumphant tour of Paris. Hitler surveying his conquest with his various companions and became one of the most iconic photos of the 1940s and World War 2. This was the first and the only time he visited Paris.

Adolf Hitler made a swift tour of Paris in the early hours of 23rd June, accompanied by Albert Speer his favorite architect and later Armaments Minister, and Arno Breker his favorite sculptor.

The day before (June 22), France signed an armistice with Germany following the Germans’ successful invasion. Hitler’s tour included the Paris opera, the Champs-Elysees, the Arc de Triomphe, and the Eiffel Tower. After visiting Napoleon’s tomb and the Sacre Coeur, Hitler left Paris. In all, Hitler spent about three hours in the city.

His visit to Napoleon’s tomb was special. “That was the greatest and finest moment of my life”, he said upon leaving. As a tribute to the French emperor, Hitler ordered that the remains of Napoleon’s son be moved from Vienna to lie beside his father

. He also ordered the destruction of two World War I monuments: one to General Charles Mangin, a French war hero, and one to Edith Cavell, a British nurse who was executed by a German firing squad for helping Allied soldiers escape German-occupied Brussels.

Hitler would gush about Paris for months afterward. He was so impressed, he ordered architect and friend Albert Speer to revive plans for a massive construction program of new public buildings in Berlin, an attempt to destroy Paris, not with bombs, but with superior architecture. “Wasn’t Paris beautiful?” Hitler asked Speer. “But Berlin must be far more beautiful. When we are finished in Berlin, Paris will only be a shadow”.

Albert Speer’s memoirs about Hitler’s visit to Paris (taken from Albert Speer: Inside The Third Reich):

Three days after the beginning of the armistice we landed at Le Bourget airfield. It was early in the morning, about five-thirty. Three large Mercedes sedans stood waiting.

Hitler as usual sat in the front seat beside the chauffeur, Breker, and I on the jump seats behind him, while Giessler and the adjutants occupied the rear seats.

Field-gray uniforms had been provided for us artists, so that we might fit into the military framework. We drove through the extensive suburbs directly to the Opera, Charles Garnier’s great neobaroque building… It was Hitler’s favorite and the first thing he wanted to see.

After a last look at Paris, we drove swiftly back to the airport. By nine o’clock in the morning, the sightseeing tour was over. “It was the dream of my life to be permitted to see Paris.

I cannot say how happy I am to have that dream fulfilled today”. For a moment I felt something like pity for him: three hours in Paris, the one and only time he was to see it, made him happy when he stood at the height of his triumphs.

In the course of the tour, Hitler raised the question of a victory parade in Paris. But after discussing the matter with his adjutants and Colonel Speidel, he decided against it after all. His official reason for calling off the parade was the danger of its being harassed by English air raids. But later he said: “I am not in the mood for a victory parade. We aren’t at the end yet”. 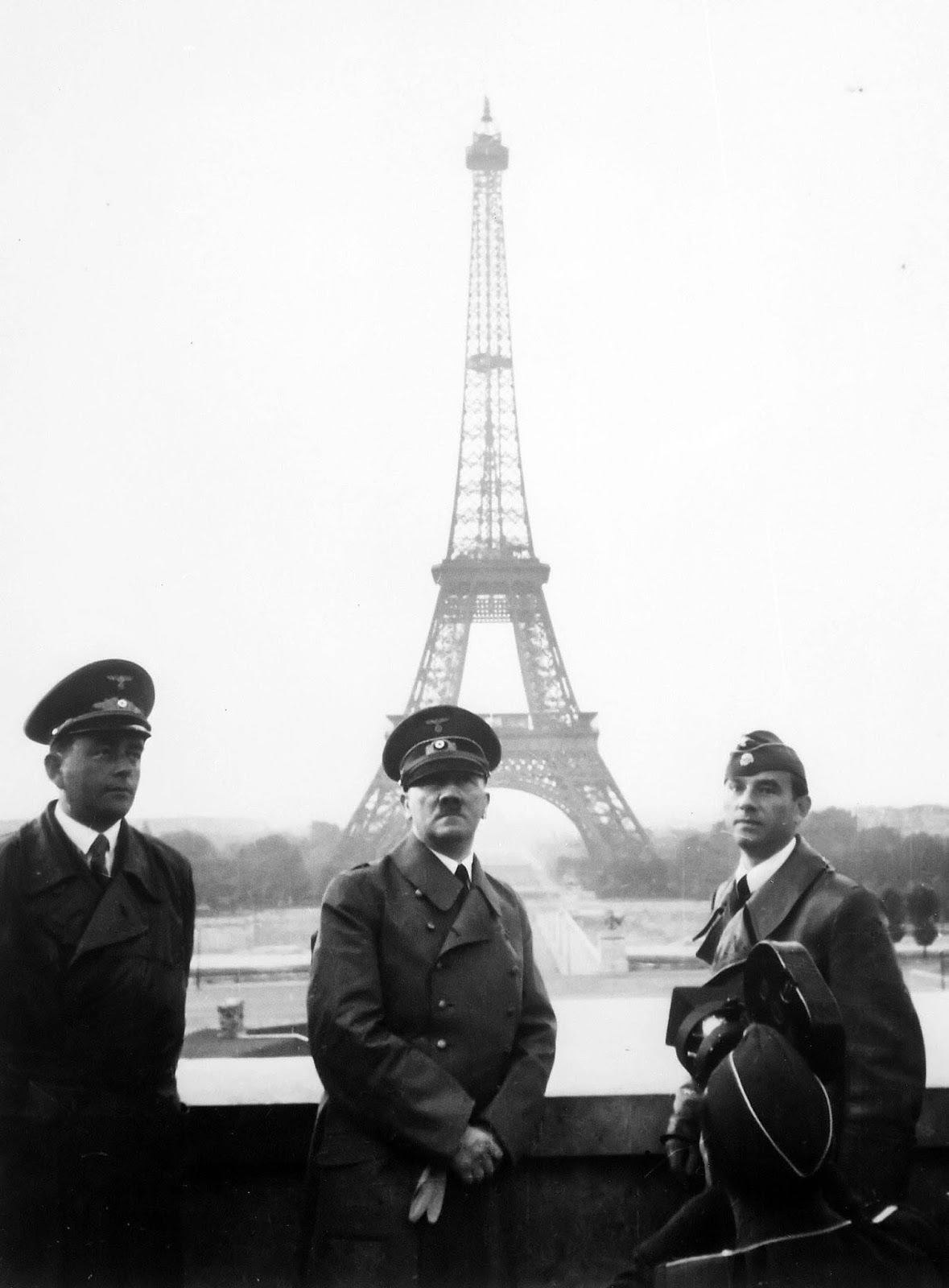