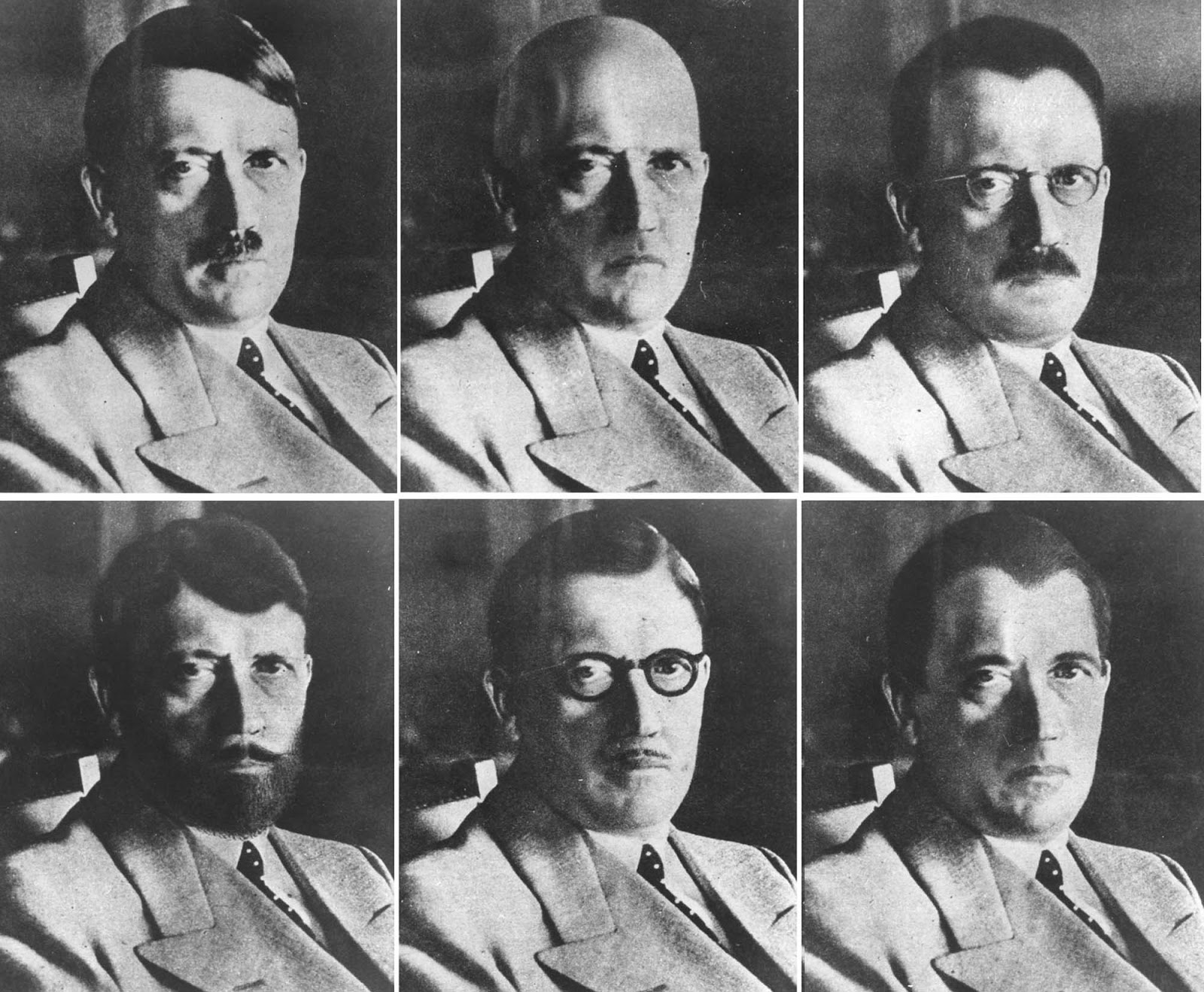 Mockups of how Hitler could have disguised himself.

Towards the end of World War II, U.S. intelligence officials were afraid that the German dictator would flee Germany by assuming a disguise. By 1944 the world identified the man largely by his trademark toothbrush mustache and oily side-slicked hair, so they ordered his portrait to be cloned.

The Office of Strategic Services (OSS), an early version of the CIA set up during World War II, asked Eddie Senz, a New York make-up artist, to produce the altered portraits after D-Day on 6 June 1944. Despite fears that Hitler would attempt to flee Germany, the portraits were never needed.

However, photos of Senz’s re-imaginings of Hitler were circulated to Allied Commanders during the War but were not seen by the public until the German magazine, Der Spiegel, discovered and published them in the 1990s.

Later the U.S. National Archives in Washington DC released the photos with much better resolution. The following pictures show headshots of Der Führer in numerous guises.

5) Thick beard and less mustache. 6) Bald and clean-shaven. 7) Thin mustache and round, thick-rimmed glasses. 8) Hitler during World War I, age 28.

In November 1944, a Canadian newspaper published some other mock-ups of Hitler designed by a Canadian artist. The header for the page read: “Would you know Der Fuehrer’s face if he settled in Western Canada?”.

On April 30 Hitler committed suicide with Eva Braun, the wife he had married shortly after midnight the previous day. Hitler shot himself while his wife poisoned herself with cyanide. His body was found on May 5, 1945, and was immediately smuggled away by SMERSH (an acronym for “Death to Spies”).

Stalin didn’t even inform his generals that Hitler’s body had been found, so naturally, there was much speculation that Hitler escaped. Extraordinary claims that Hitler staged his suicide and fled to Argentina with Braun where he lived until old age have been dismissed as “rubbish”.