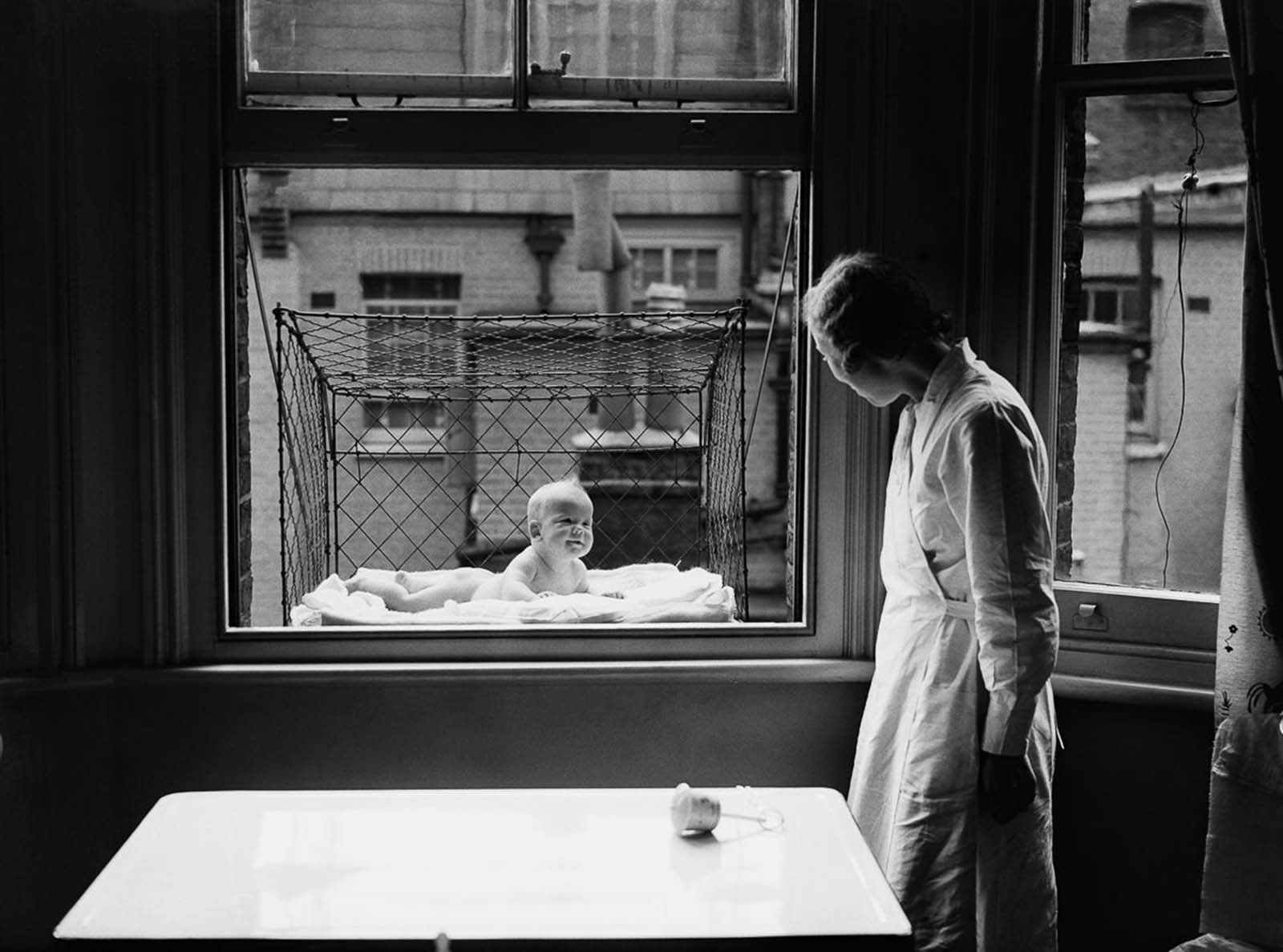 In order to be “aired”, they literally hung their babies out the window. 1937.

Dangling “baby cages” came into vogue after they were invented in 1922, but their origins really began with the 1884 book The Care and Feeding of Children, by Dr. Luther Emmett Holt.

In his book, Emmett carefully describes how babies need to be “aired”. “Fresh air is required to renew and purify the blood, and this is just as necessary for health and growth as proper food,” he wrote. “The appetite is improved, the digestion is better, the cheeks become red, and all signs of health are seen.”

Essentially, the thinking was that this was part of a process to toughen up the babies, and make them better able to withstand common colds. It was believed that exposing infants to cold temperatures—both outside and through cold-water bathing—would grant them a certain immunity to catching minor illnesses.

While physicians such as Dr. Luther Emmett Holt advised simply placing an infant’s basket near an open window, some parents took it a step further. Eleanor Roosevelt, who by her own admission “knew absolutely nothing about handling or feeding a baby,” bought a chicken-wire cage after the birth of her daughter Anna.

She hung it out the window of her New York City apartment and placed Anna inside for her naps — until a concerned neighbor threatened to report her to the authorities.

The first commercial patent for a baby cage was filed in 1922 by Emma Read of Spokane, Washington. The cages became popular in London in the 1930s among apartment dwellers without access to backyards.

It’s not entirely clear when exactly the baby cage’s popularity began to wane, but it likely had something to do with growing concerns for child safety in the second half of the 20th century. 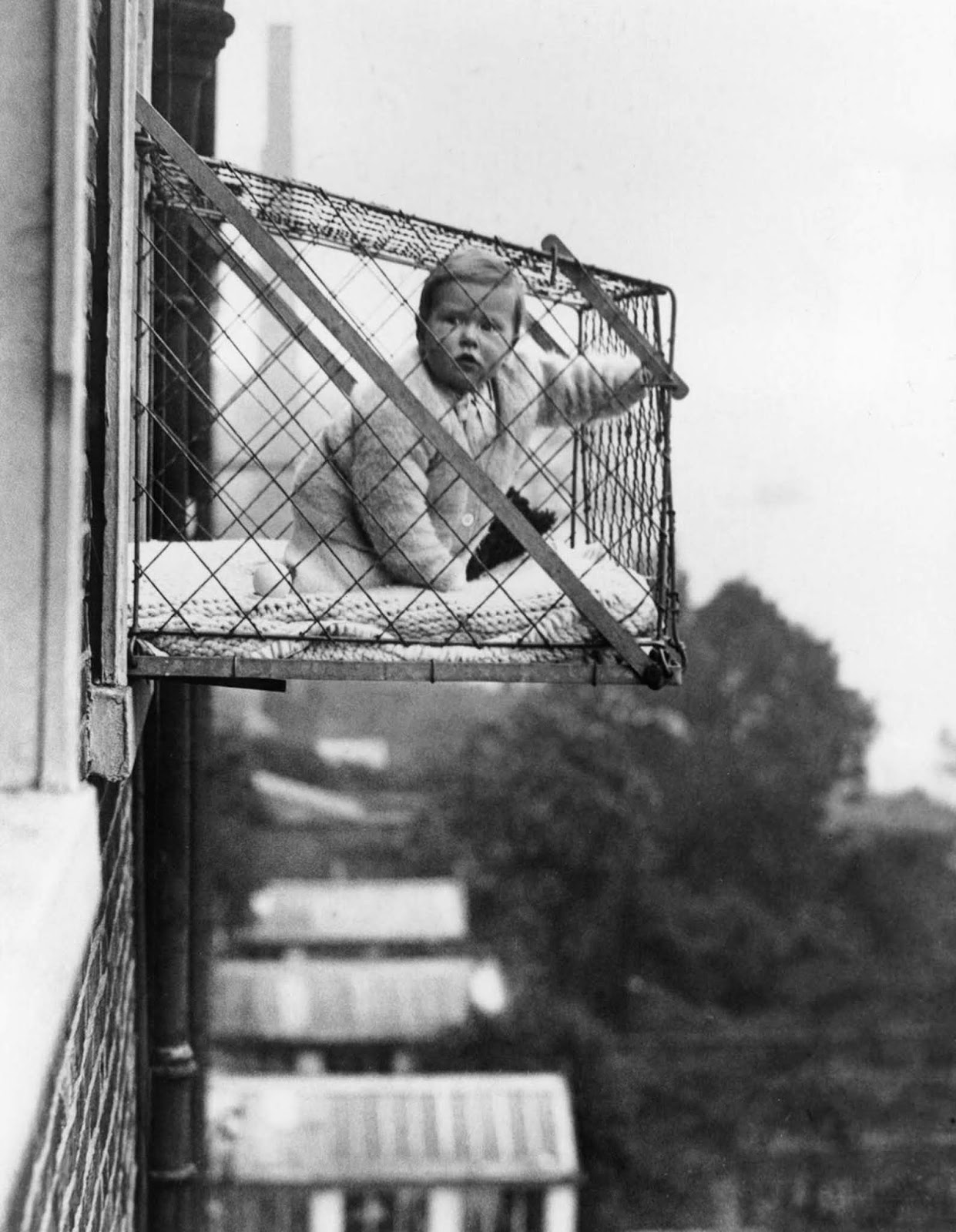 Responding to a lack of homes with outdoor space, people began outfitting windows with infant-sized cages for babies to hang out in. 1934. 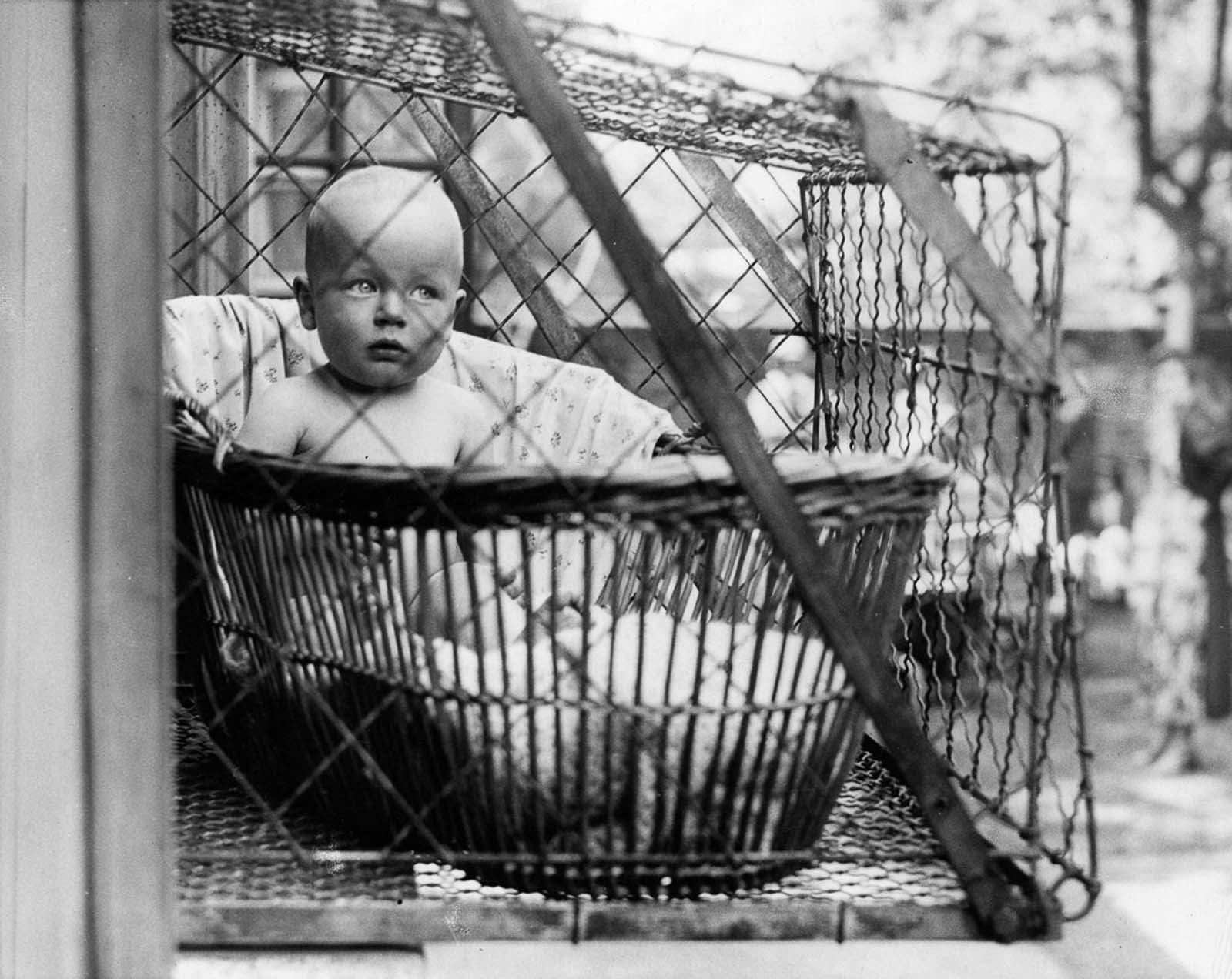 If the cages were in fact secure (though, we assume that about our air-conditioning units, too), maybe these moms were onto something. 1936. 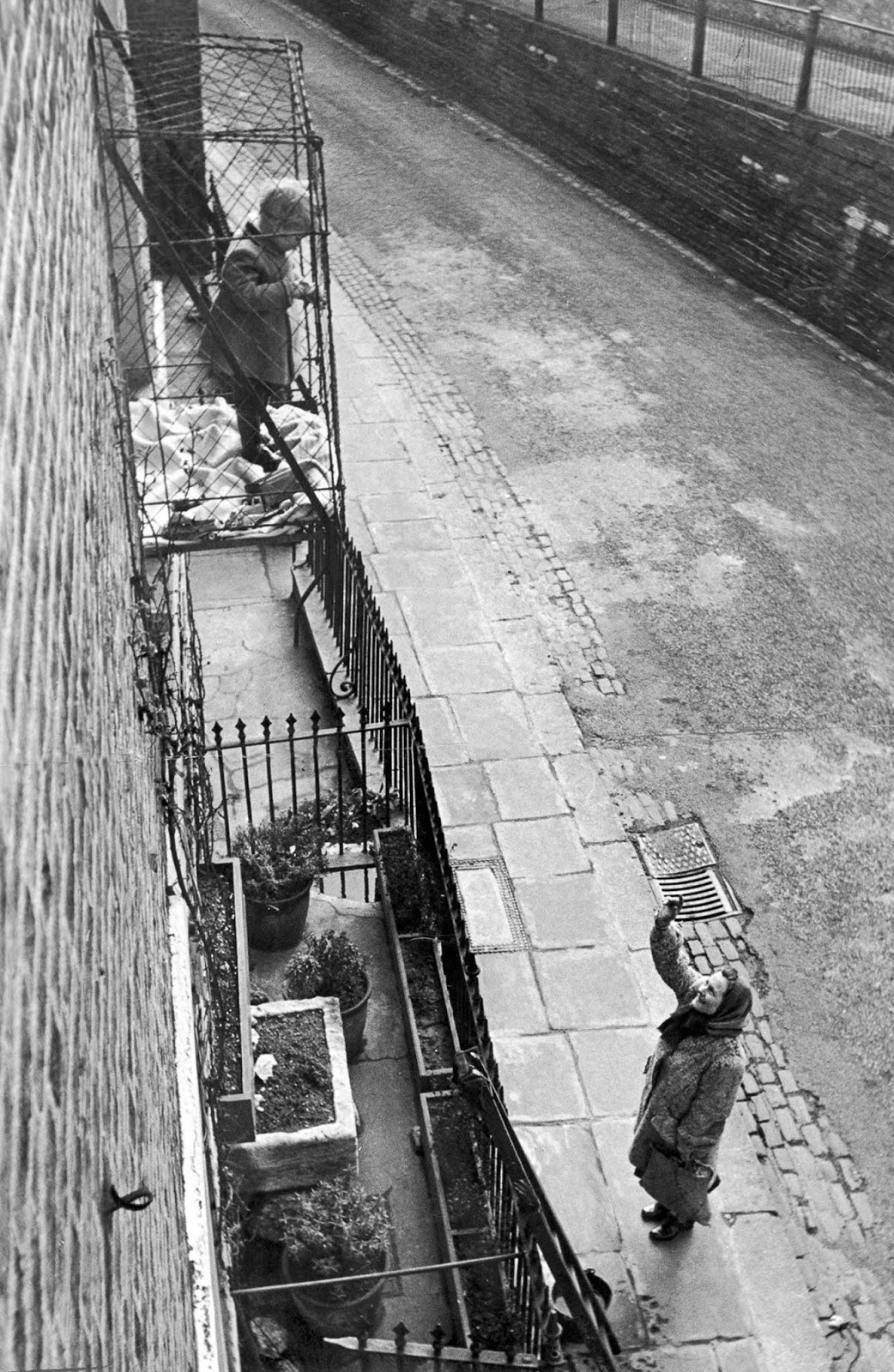 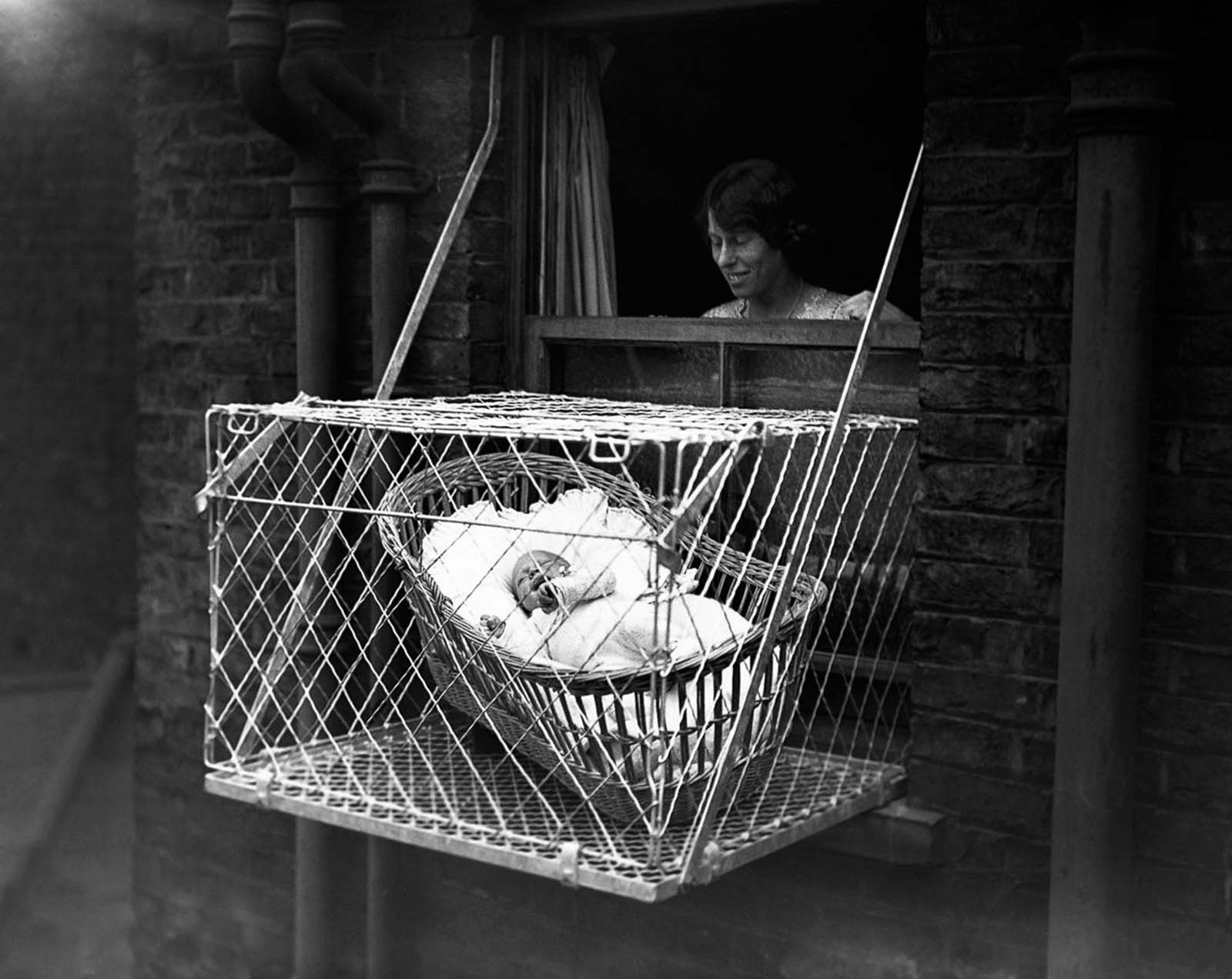 The fad proved to have some staying power, they even produced pun-filled promotional video espousing the benefits of baby cages. 1940. 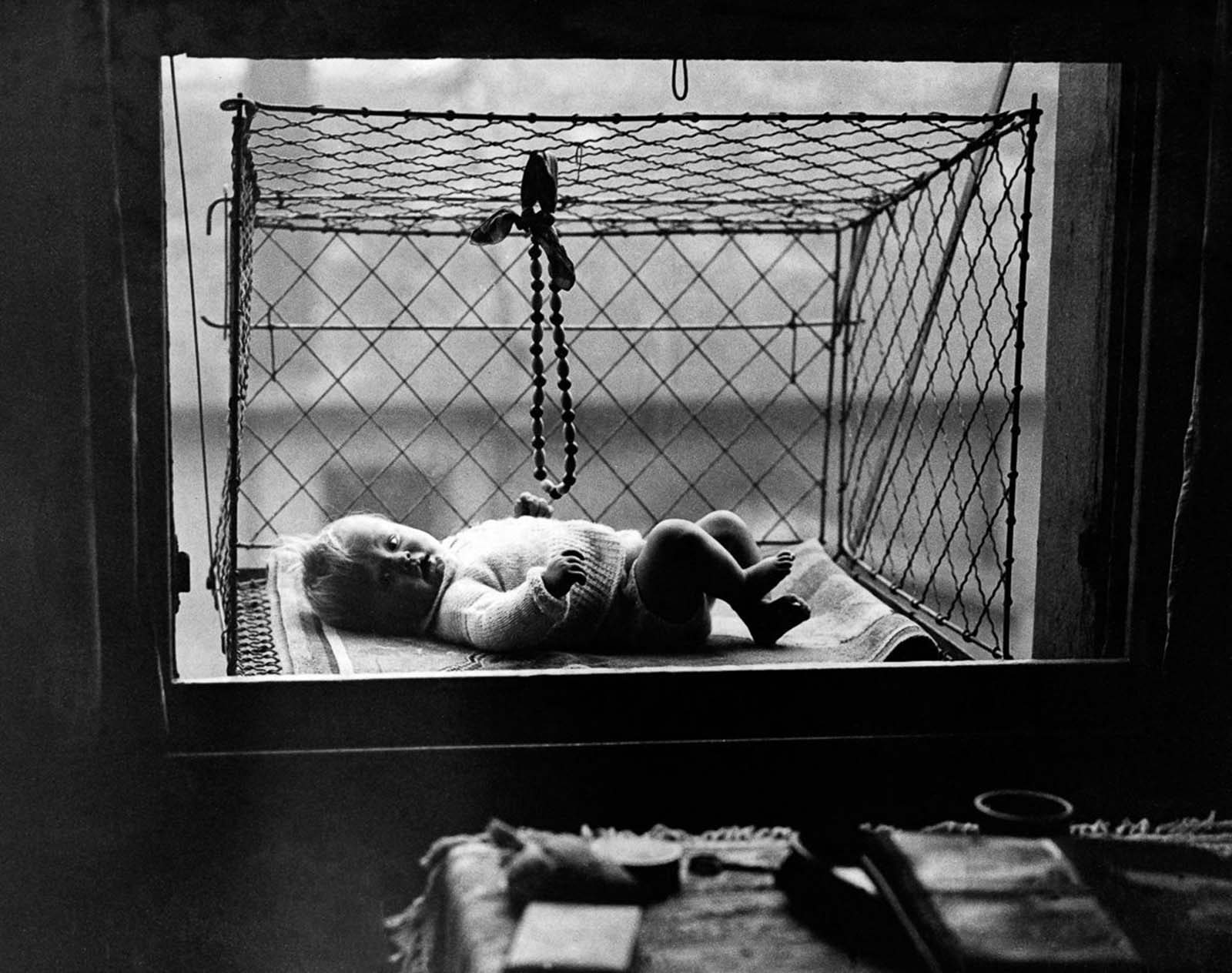 The cages became popular among apartment dwellers without access to backyards.