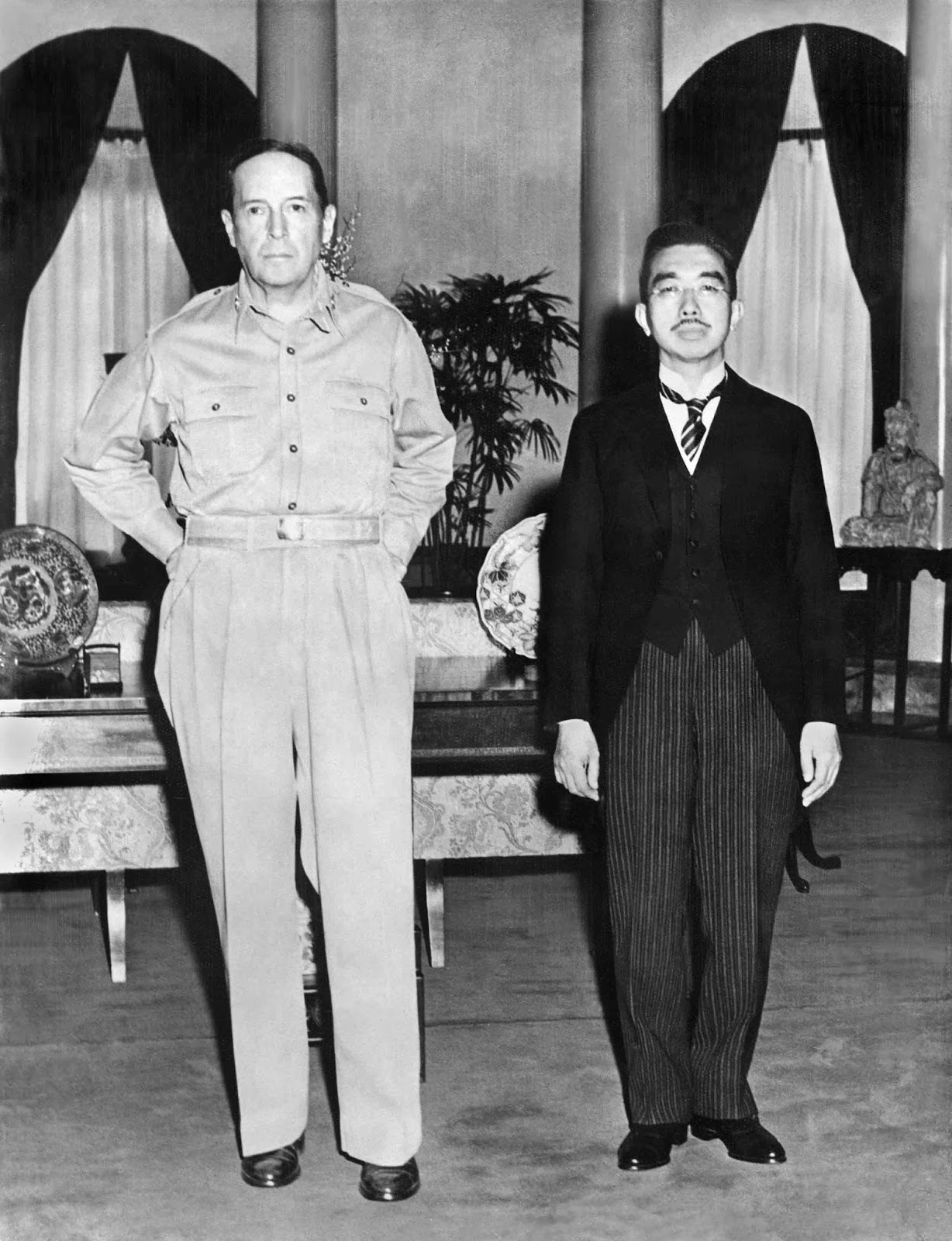 Many Japanese were extremely offended by this picture because of how casual MacArthur is looking and standing while next to the Emperor, who was supposed to be a god.

After the Japanese surrender in 1945, the Americans took on the task of occupying Japan and reforming the militaristic nation into a modern country that would never again threaten its neighbors.

On 29 August 1945, MacArthur was ordered to exercise authority through the Japanese government machinery, including Emperor Hirohito. Unlike in Germany, where the Allies had in May 1945 abolished the German state, the Americans chose to allow the Japanese state to continue to exist, albeit under their ultimate control.

Unlike Germany, there was a certain partnership between the occupiers and occupied as MacArthur decided to rule Japan via the Emperor and most of the rest of the Japanese elite.

The Emperor was a living god to the Japanese people, and MacArthur found that ruling via the Emperor made his job in running Japan much easier than it otherwise would have been.

On September 27, 1945, Emperor Hirohito paid a visit to General Douglas MacArthur at the United States Embassy in Tokyo. Arriving at 10:00 AM in his custom-made Rolls Royce the Emperor and his entourage of Imperial guards and advisers were greeted by American officials Faubion Bowers and Bonner Fellers.

The Americans saluted the Emperor and he first bowed to them and then shook their hands. Bowers then took the Emperor’s top hat which seemed to alarm Hirohito who as the God-Emperor of the Japanese people was not used to be people taking things from him.

As the American officer was taking the hat MacArthur burst into the room: “…in that stentorian voice of burnished gold that thrilled everyone who heard it: You are very, very welcome, sir”.

It was the first time Bowers had ever heard the general say ‘sir’ to anyone. The supreme commander reached out to clasp the Emperor’s hand, and the emperor simultaneously bowed so deeply that the handshake ended up taking place above his head.

MacArthur then took Hirohito into a private room with just the Imperial translator, Okumura Katsuzo. The Supreme Commander and the Emperor, through his translator, spent forty minutes together and swore to keep the contents of their conversation secret. Although over the years some details leaked out.

According to the Americans, Emperor Hirohito offered to take responsibility for the war, unaware that MacArthur, over the objections of Stalin and the British, had removed his name from the list of war criminals, fearing guerrilla actions if he were to stand trial. This is contrasted by the Japanese.

Thirty years after the meeting the Imperial translator, Okumura Katsuzo, released his memoirs which claimed that MacArthur was “a fawning courtier awed by his proximity to ‘You Majesty’ and extraordinarily solicitous in his comments”.

In all, three photos were taken. In one Supreme commander’s eyes were closed and the Emperor’s mouth gaping open, Hirohito’s gaping open also ruined the second. The third is the one that was published.

The impact on the Japanese public was electric as the Japanese people for the first time saw the Emperor as a mere man overshadowed by the much taller MacArthur instead of the living God he had always been portrayed as.

Up to 1945, the Emperor had been a remote, mysterious figure to his people, rarely seen in public and always silent, whose photographs were always taken from a certain angle to make him look taller and more impressive than he really was. No Japanese photographer would have taken such a photo of the Emperor being overshadowed by MacArthur.

The Japanese government immediately banned the photo of the Emperor with MacArthur under the grounds that it damaged the imperial mystique, but MacArthur rescinded the ban and ordered all of the Japanese newspapers to print it. The photo was intended as a message to the Emperor about who was going to be the senior partner in their relationship.