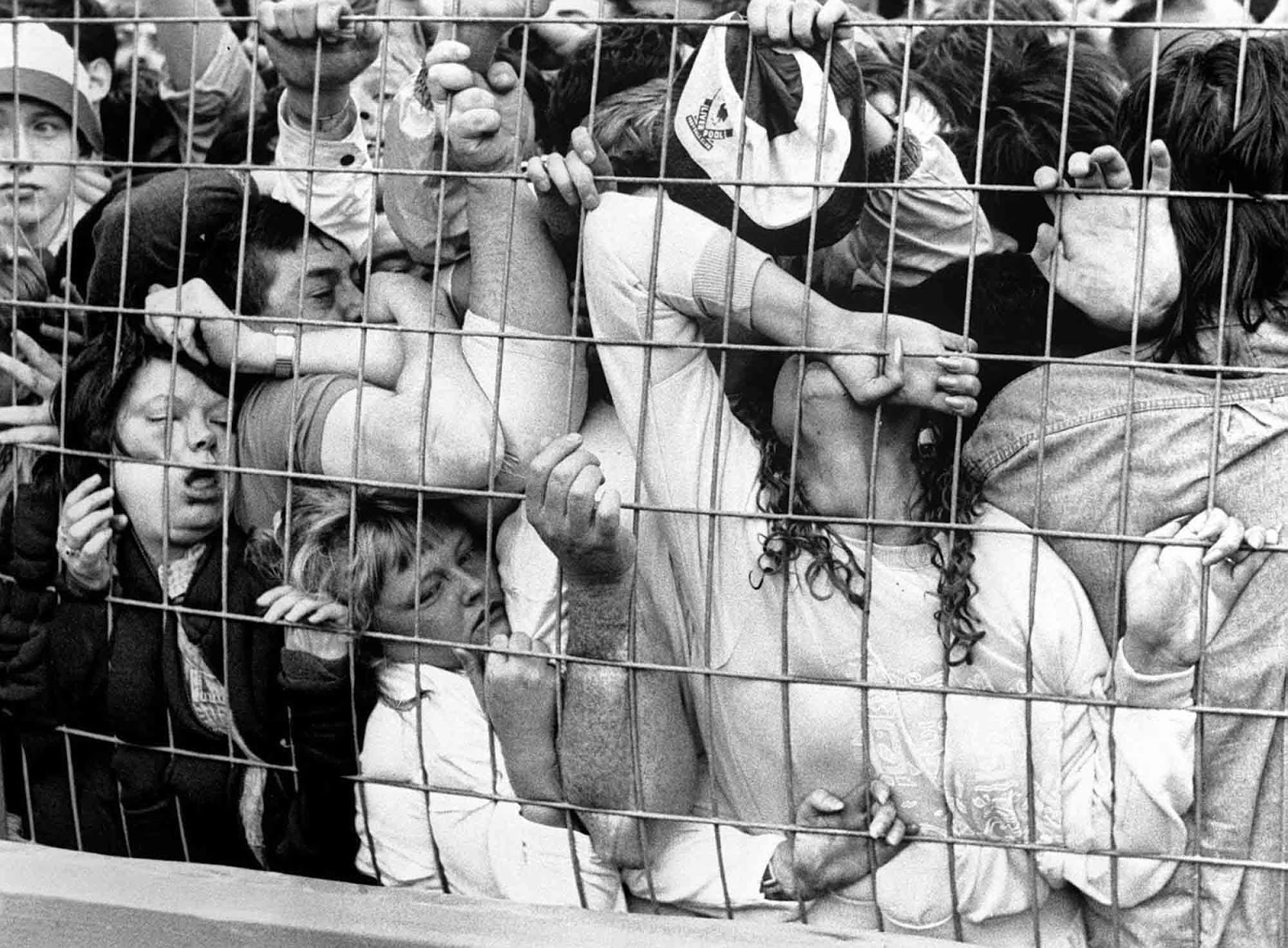 When the gates were opened, thousands of fans entered a narrow tunnel leading to the rear of the terrace into two overcrowded central pens, creating pressure at the front.

The 1989 Hillsborough disaster was an incident that occurred during the FA Cup semi-final match on 15 April 1989 at the Hillsborough Stadium in Sheffield, England. The crush resulted in the deaths of 96 people and injuries to 766 others.

The victims suffocated as they entered an F.A. Cup semifinal between Liverpool and Nottingham Forest after the police opened an exit gate in an effort to relieve congestion outside the stadium before the game.

In the chaos that ensued, some victims were crushed against steel fencing. Others were trampled, and more than 700 people were injured. The victims were ages 10 to 67 and included 37 teenagers.

With regard to this particular photo, surprisingly not many of the people who were in the first few rows were among the dead. The guy on the right (wearing jeans) who is clearly cyanosed was saved by a physician who was attending the match as a fan. He spent nearly 20 years in a rehab center and has many difficulties but is able to lead a relatively normal life.

If you look to the left of the photo, there is a hand grabbing the outside of the fencing. Slightly obscured by that hand is a balding man who doesn’t appear to be in much distress at all. That is Andrew Mark Brookes, and he was among the 96 dead. 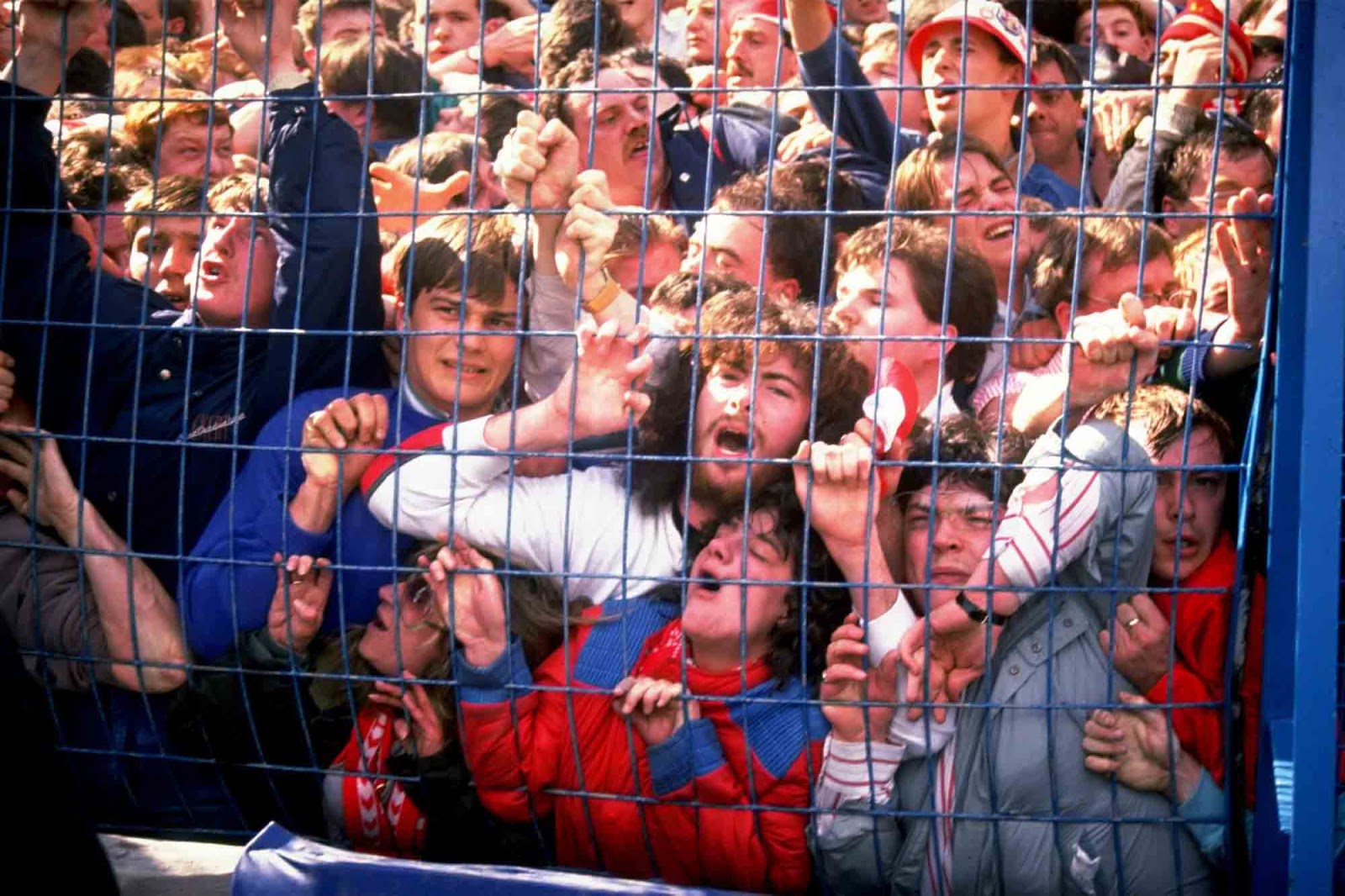 Only 14 of the 96 fatally injured people arrived at the hospital.

The disaster resulted in a number of safety improvements in the largest football grounds, notably the elimination of fenced standing terraces in favor of all-seater stadiums in the top two tiers of English football.

In the years after the disaster, there was a feeling that the full facts were not in the public domain and a suspicion that some facts were deliberately covered up. The Hillsborough Family Support Group, led by Trevor Hicks, campaigned for the release of all relevant documents.

On 12 September 2012, the Hillsborough Independent Panel concluded that no Liverpool fans were responsible in any way for the disaster and that its main cause was a “lack of police control”. Crowd safety was “compromised at every level” and overcrowding issues had been recorded two years earlier.

The panel concluded that “up to 41” of the 96 who perished might have survived had the emergency services’ reactions and coordination been improved.

The number is based on post-mortem examinations which found some victims may have had heart, lung, or blood circulation function for some time after being removed from the crush. 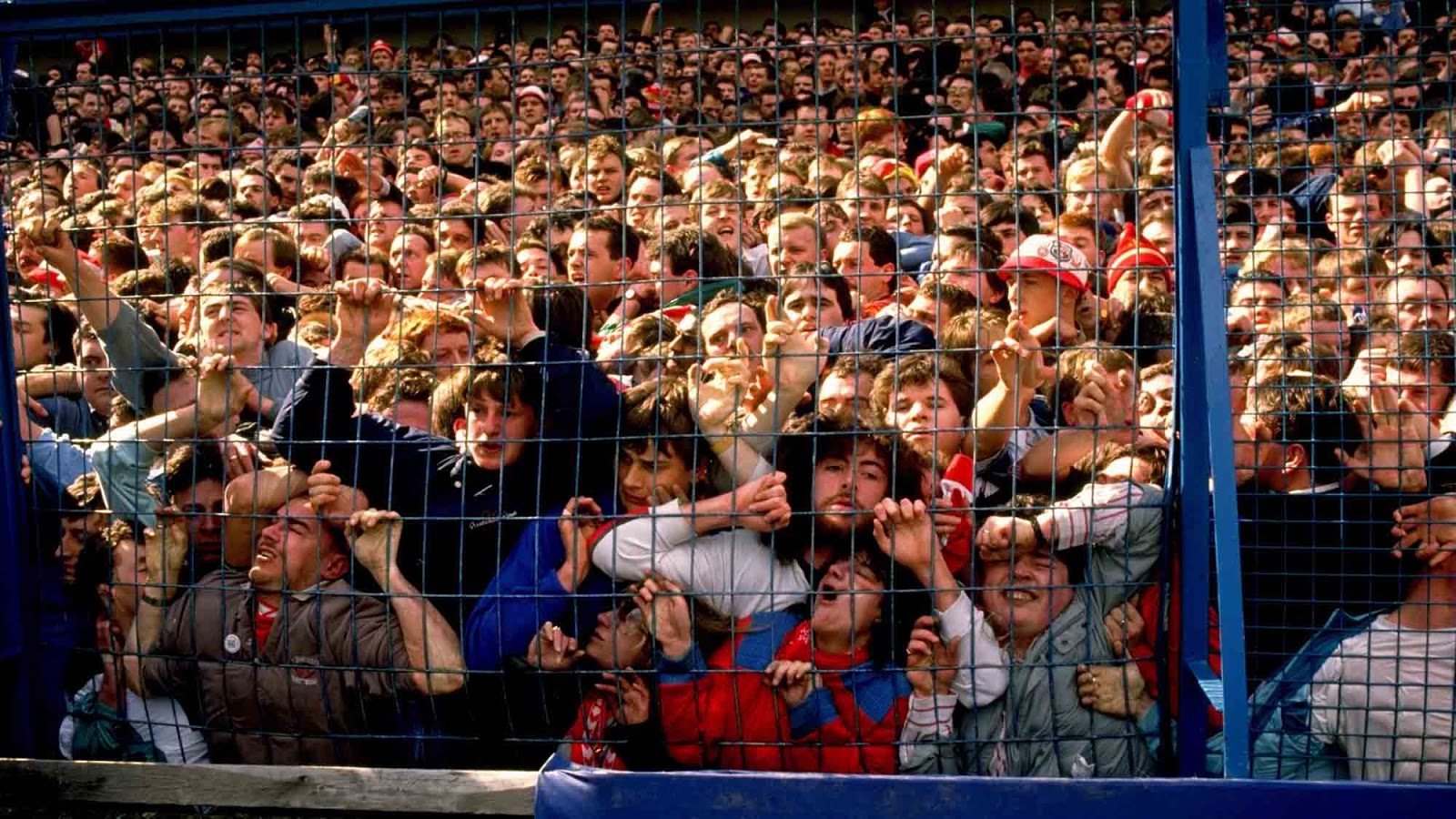 Many uninjured fans assisted the injured; several attempted CPR and others tore down advertising hoardings to use as stretchers.

The report stated that placing fans who were “merely unconscious” on their backs rather than in the recovery position, would have resulted in their deaths due to airway obstruction. Their report was in 395 pages and delivered 153 key findings. The findings concluded that 164 witness statements had been altered.

Of those statements, 116 were amended to remove or change negative comments about South Yorkshire Police. South Yorkshire Police had performed blood alcohol tests on the victims, some of them children, and ran computer checks on the national police database in an attempt to “impugn their reputation”.

The report concluded that the then Conservative MP for Sheffield Hallam, Irvine Patnick, passed inaccurate and untrue information from the police to the press.