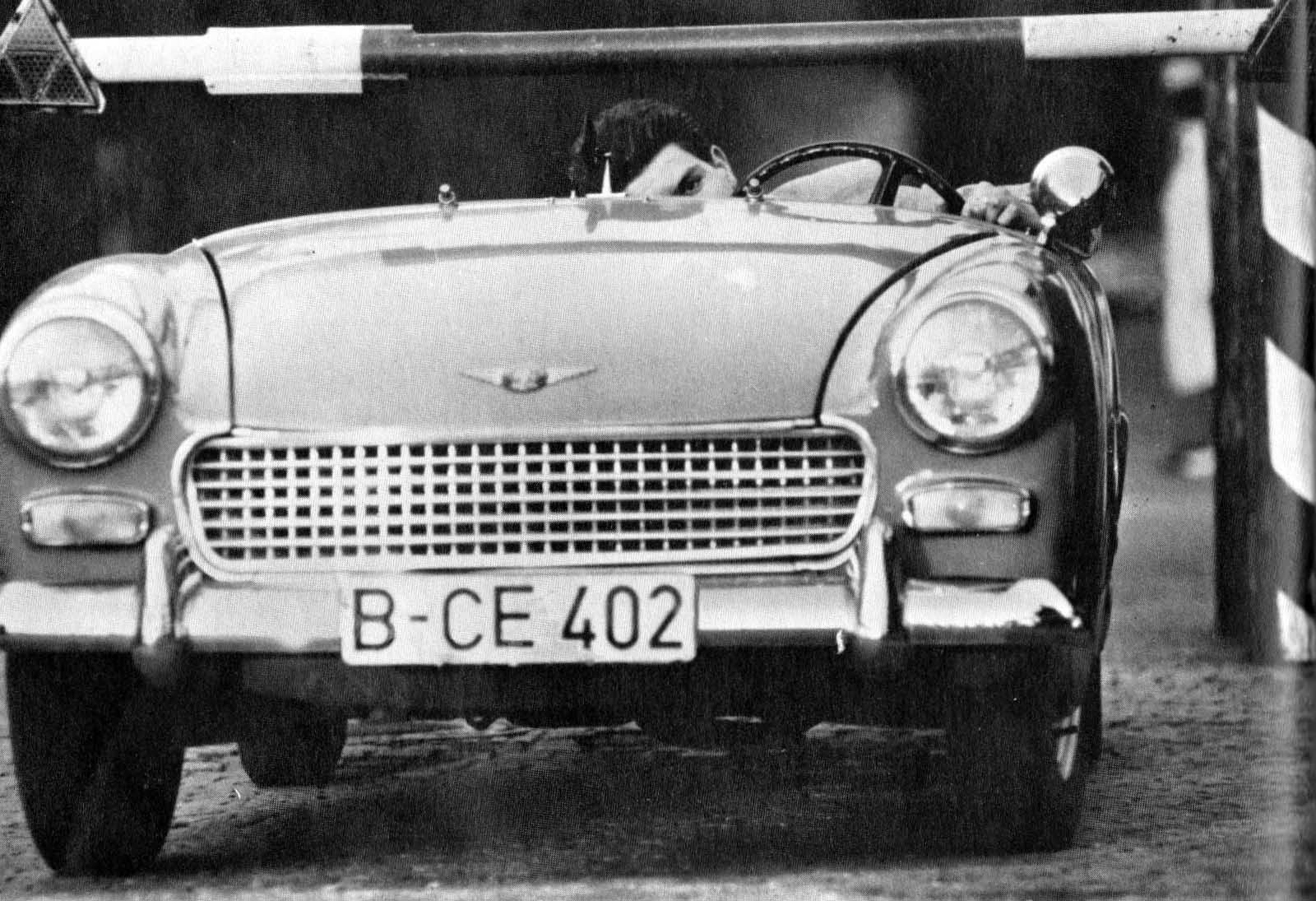 In 1963, at the height of the Cold War, Heinz Meixner planned a daring escape from East to West Berlin, all in the name of love.

While working in the communist east, he’d met Margarete Thurau and they’d fallen in love. But politics and concrete threatened to end the the emerging relationship before it had time to truly flourish.

The plan was to emigrate together, along with Margarete’s mum, to Heinz’s native Austria. Here they’d live out their years amidst the snow and the opera houses. But the Berlin Wall sabotaged the plan, and the separation stung them both.

Undeterred, Meixner decided to drive under one of the steel beams that stretch across the narrow exits in the Wall.

He chose Checkpoint Charlie, and riding a borrowed motor scooter, stalled it while the guard checked his passport. Meixner managed to measure the height of the barrier. It was only 37 1/2 inches (95 cm) above the pavement. 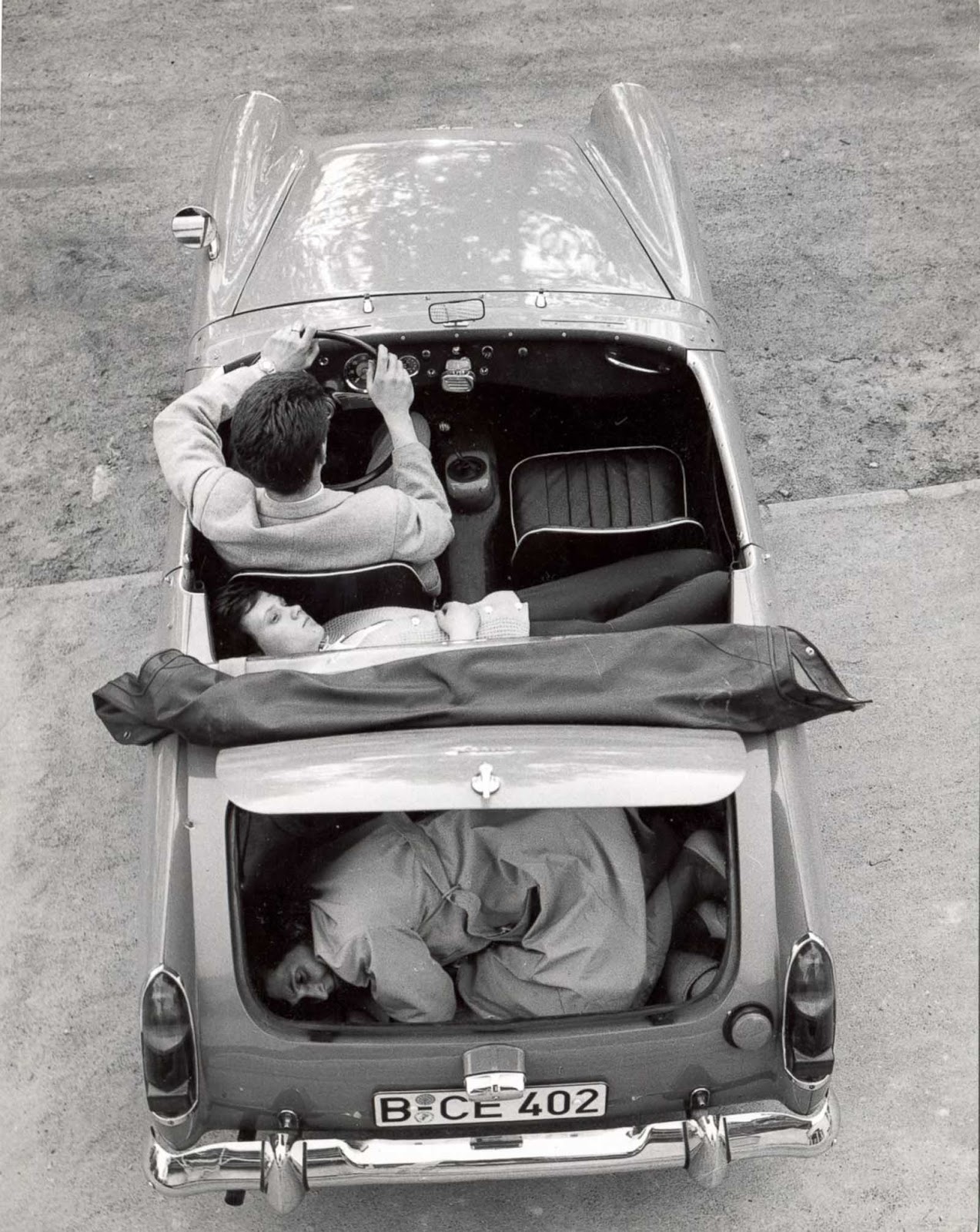 Heinz Meixner with his fiancee and her mother Frau Thurau in the car, alongside Checkpoint Charlie.

Meixner began a painstaking survey of West Berlin`s car rental agencies to find an automobile low enough to slip under the barrier. He selected a sports car, a red Austin-Healey Sprite.

Without its windshield, the sports car measured 35 1/2 inches (90 cm) in height. He chose a Sunday, shortly after midnight, for his run.

A few hours before starting he removed the windshield and, for added insurance, let some air out of the tires to lower the car even further.

Margarete huddled in the tiny section behind the driver`s seat. Meixner`s future mother-in-law was crammed into the cramped luggage area. For protection against possible gunfire, Meixner had surrounded her with 30 bricks.

Sunday, May 5, 1963. It was time for the run. In the early-morning darkness, Meixner drove to the first barricade on the East Berlin side of the checkpoint. He displayed his passport to the guard, who motioned him onto the customs shed.

Instead, he gunned the motor, whizzed around the vertical bars, and skidded past the startled guard. Before the guards could fire their submachine guns, Meixner raced to the last steel bar, ducked his head, floored the accelerator, and rocketed into West Berlin.

He was traveling so fast that when he finally hit the brakes the tires left 96-foot-long skid marks. 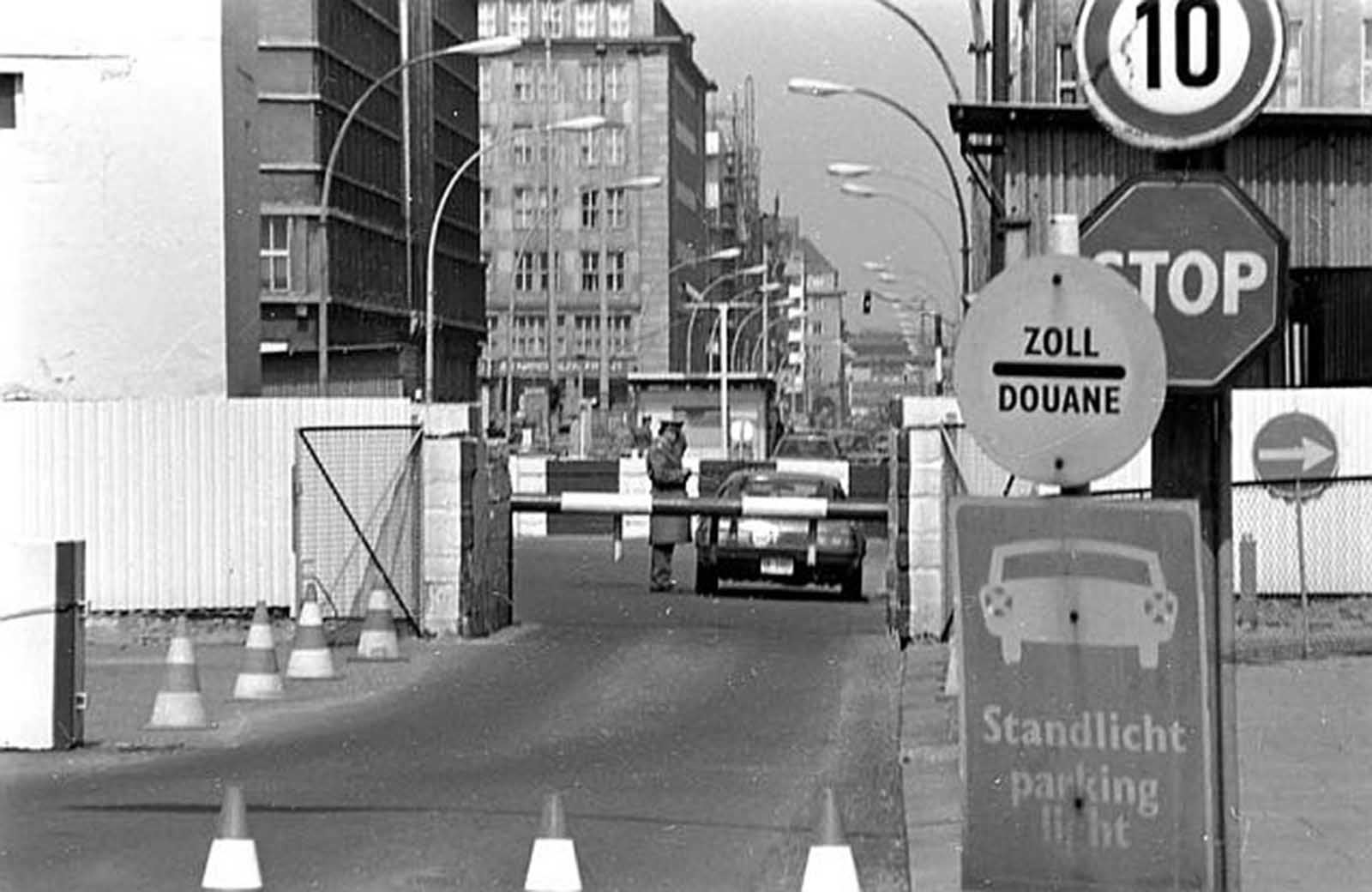 After the American guards recovered from their shock at this apparition that had materialized out of the early-morning gloom, they welcomed Heinz Meixner, Margarete Thurau, and her mother.

Meixner told the Americans, “I figured it would take the guards three seconds to draw their weapons once they knew what I was doing. I knew Margarete`s mother was protected by the bricks. I felt I could make it with about three inches to spare… Now we can get married”.