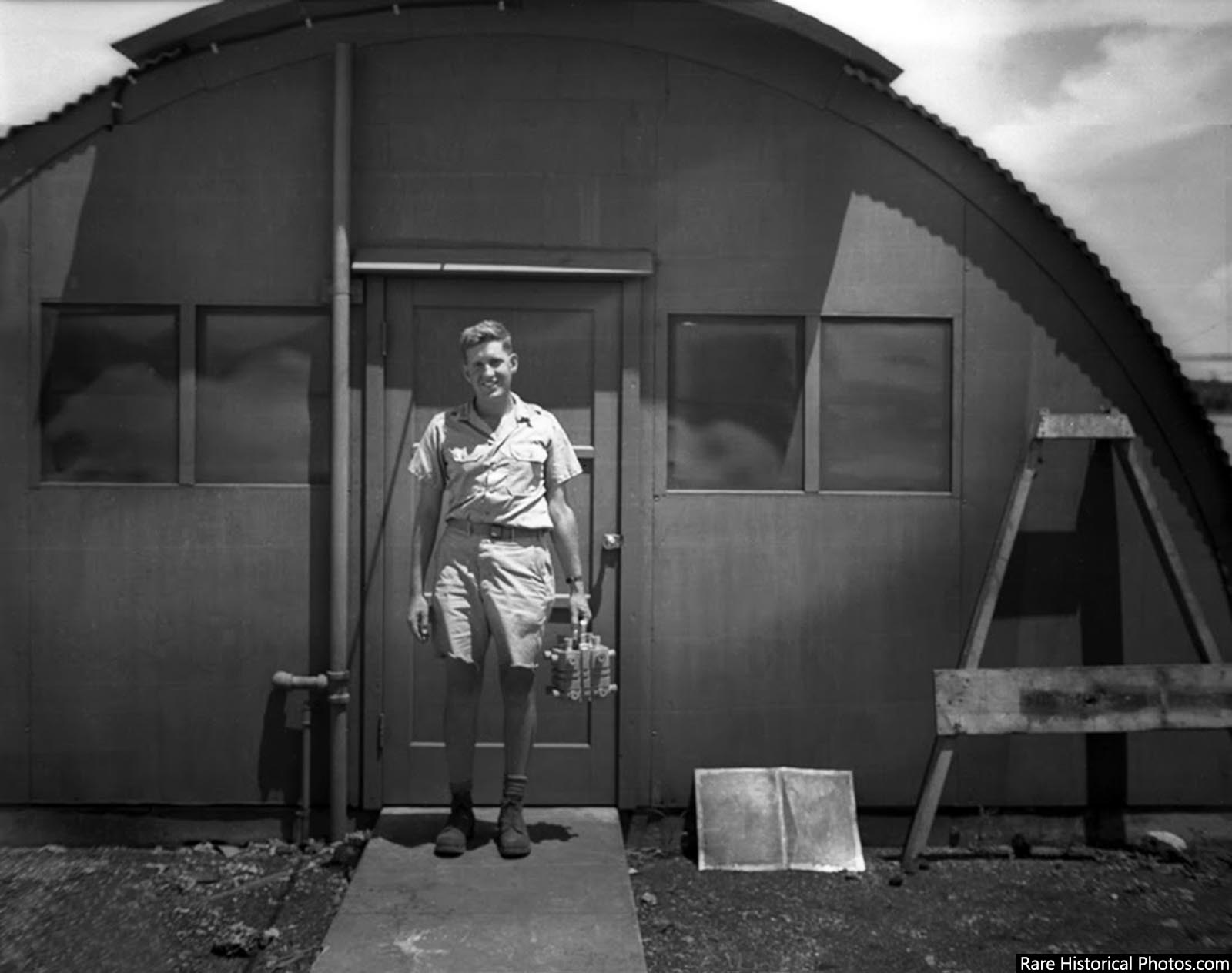 Harold Agnew on Tinian in 1945, carrying the plutonium core of the Nagasaki Fat Man bomb.

A somewhat odd photo and not terribly exciting unless you are aware of the details. Harold Agnew’s smile sort of disconnects the viewer from the reality of the situation. That box is the direct cause of the deaths of approximately 70,000 people. That little box will change the course of history, and he’s holding it like it’s his lunch.

The oddest thing here is that a whole group of scientists had photos of themselves posing with the plutonium core. They were proud of their invention, and the fact that they were making history. For a whole lot of reasons, they had no second thoughts about what they were planning to do.

Harold Agnew saw the completion of the atomic bomb from start to finish. As a member of Enrico Fermi’s research team at the University of Chicago in 1942, Agnew witnessed the first sustained nuclear chain reaction, Chicago Pile-1. He worked in the Experimental Physics Division at Los Alamos from 1943 to 1945.

While the Trinity test was being conducted, Agnew was already on his way to Tinian Island in the Pacific as part of Project Alberta, the group responsible for the final bomb assembly.

He flew as a scientific observer on a B-29 bomber for the Hiroshima bombing mission, measuring the size of the shock wave to determine the bomb’s power. He also filmed the explosion with a movie camera. 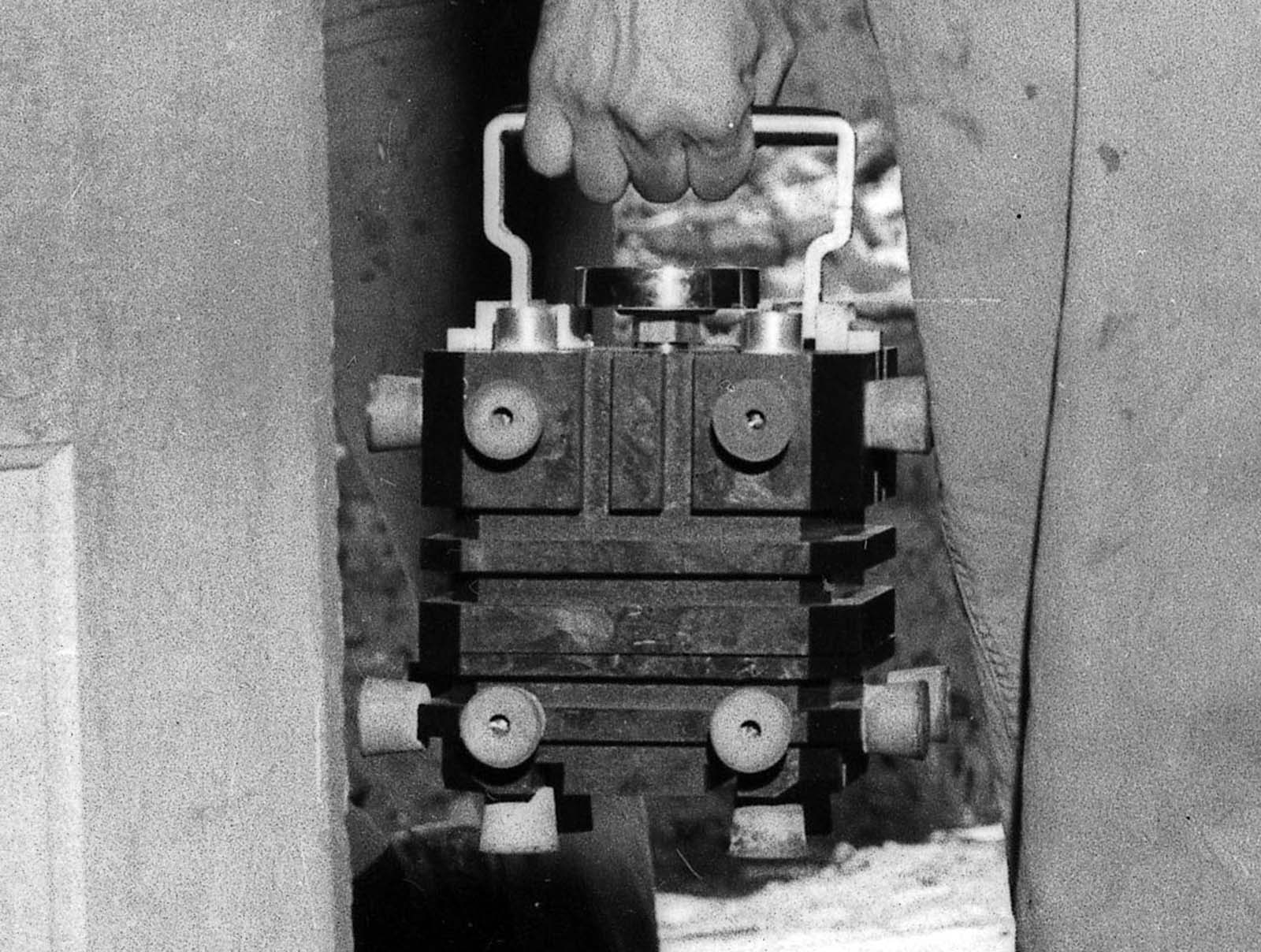 Close up picture of the box.

Fat Man was the codename for the type of atomic bomb that was detonated over the Japanese city of Nagasaki by the United States on 9 August 1945. It was the second of the only two nuclear weapons ever used in warfare, the first being Little Boy, and its detonation marked the third-ever man-made nuclear explosion in history.

But what would happen if he were to drop it by accident?

To explode, the core has to reach the critical mass. In a uranium bomb, the pieces are kept separate in order to remain “subcritical”, so that each piece individually cannot start the chain reaction. The explosion is triggered by one piece being fired at the other like a bullet down a gun barrel.

The same style of box was used for the first three cores: the Trinity core, the Fat Man core, and the Demon Core. It was made of magnesium, to dissipate heat and not reflect neutrons. The box was safe to drop; it would’ve just bounced (And yes, they tested it!). 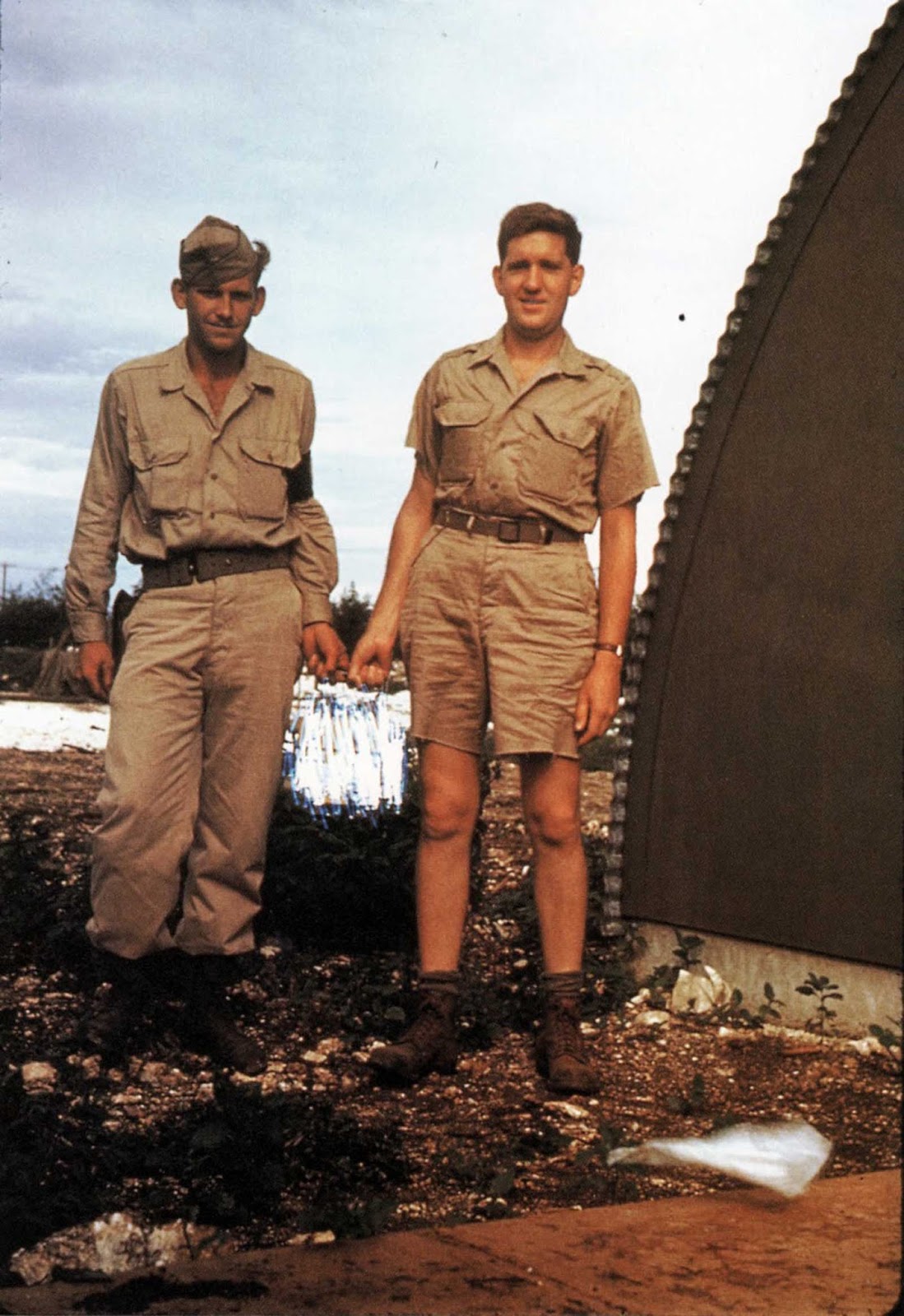 Another photo of Harold Agnew holding the Nagasaki atomic bomb core, only this time the atomic bomb is redacted by the FBI.

The above picture was kept by Harold Agnew as a souvenir, but the FBI had a problem with it. As Agnew told the story later: “I was in Chicago after the war in 1946. The FBI came and said they believed I had some secret pictures. They went through my pictures and found nothing. Then like a fool I said: Maybe this one is secret. They wanted to know what that thing was. I told them and they said that it must be secret and wanted the picture. I wanted the picture so they agreed if I scratched out the ‘thing’ I could keep the slide“.

If Japan hadn’t surrendered unconditionally, their war with the Soviet Union might have gotten a lot bloodier than it was. The presence of the U.S. in Japan at the end of the war might have been the only thing that saved them from being invaded by the Soviet Union. The U.S. had three choices:

There are a lot of theories, many of which are advanced by U.S. detractors concerning why the US dropped the bomb besides “quick end of the war” or that the Japanese surrendered for any reason but the bombs being dropped.

The truth is complex. The Soviets, by treaty, declared war on Japan and began invading the occupied territories on August 9, which was after Hiroshima and before Nagasaki.

In July of 1945, less than a month before the atom bombs were dropped, the U.S. intercepted internal Japanese communications (from Foreign Minister Togo) saying that Japan would never accept unconditional surrender and would instead fight until the bitter end.

Making matters more confusing, the Japanese published two justifications for surrender, one saying the bombs, the other claiming Soviet declarations. If anything, this is an indicator that both were reasons. The truth is, the U.S. most likely dropped the bombs primarily as a desire to end the war with Japan. Any message to the Soviets would have been most likely viewed as a bonus.

In the words of Dwight Eisenhower:

Secretary of War Stimson, visiting my headquarters in Germany, informed me that our government was preparing to drop an atomic bomb on Japan. I was one of those who felt that there were a number of cogent reasons to question the wisdom of such an act…

During his recitation of the relevant facts, I had been conscious of a feeling of depression and so I voiced to him my grave misgivings, first on the basis of my belief that Japan was already defeated and that dropping the bomb was completely unnecessary, and secondly because I thought that our country should avoid shocking world opinion by the use of a weapon whose employment was, I thought, no longer mandatory as a measure to save American lives. It was my belief that Japan was, at that very moment, seeking some way to surrender with a minimum loss of ‘face’.