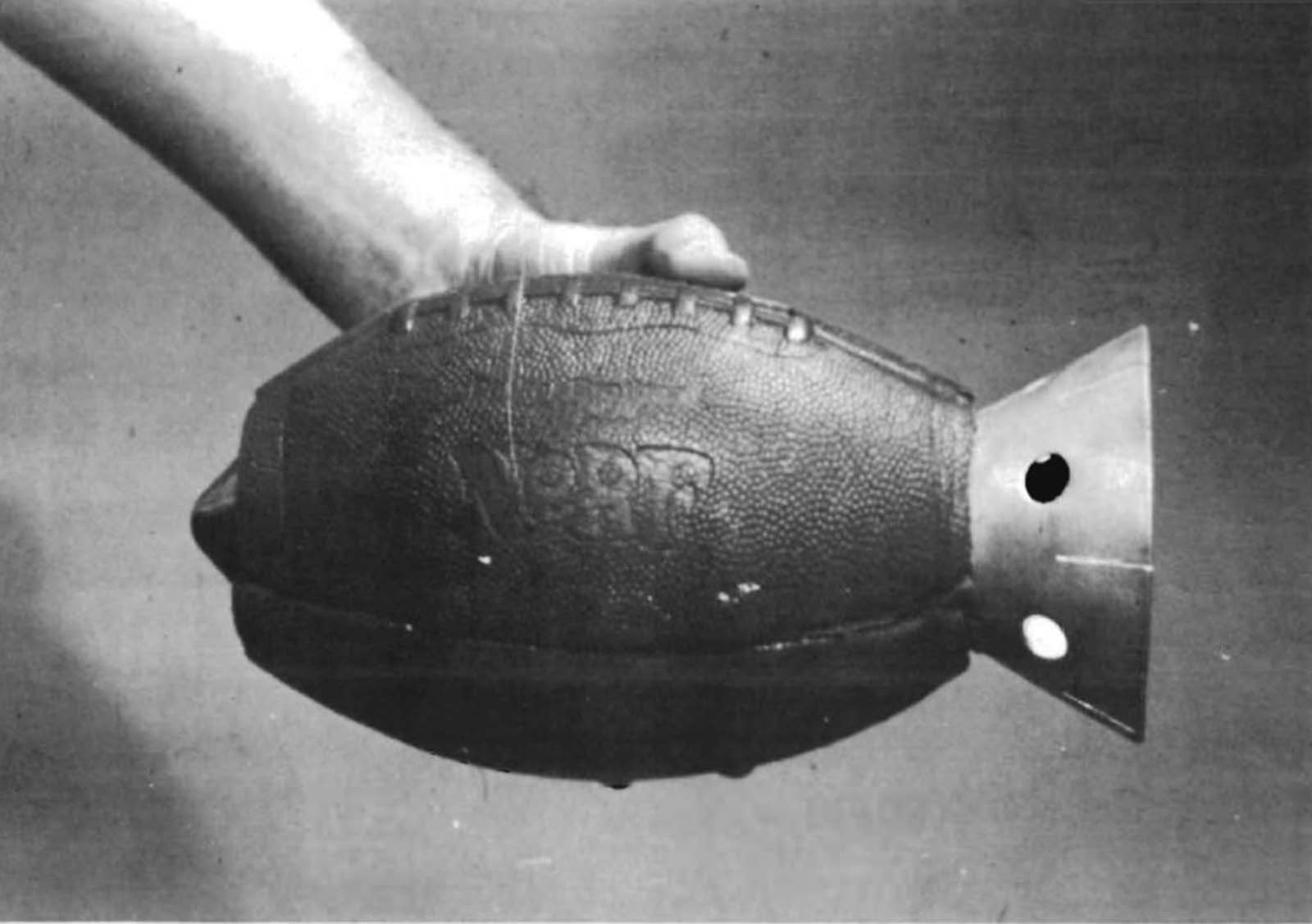 The US Army worked to develop grenades the same size and weight as baseballs in order to take advantage of Americans’ familiarity with the sport.

In 1973, the US Army started testing possible designs for an anti-tank grenade. Commanders in Europe had asked for some sort of ordnance for destroying tanks in close quarters. If Warsaw Pact troops had invaded, NATO soldiers could have found themselves taking on armored vehicles in cities and towns.

American commanders noticed that the Soviets had special anti-tank grenades for such a scenario. Army technicians offered five different prototypes of their own.

“Since a regulation size football weighs 14 ounces, it was considered feasible to make a shaped charge grenade within this weight limitation”, according to the official test report. “In addition, most U.S. troops are familiar with throwing footballs”.

The prototype inserted the tank-busting charge inside a hollowed-out Nerf football. Parker Brothers—which introduced the lightweight, foam balls in 1969—doesn’t appear to have been actively involved in the project.

While the grenade football may have weighed the same as a normal football, it still wasn’t the same. As regular footballs are hollow inside, the weight is distributed evenly, allowing for consistent throws. The prototype, however, was filled with explosive elements, which gave the ball a wild and unpredictable flight.

The Army testers found that the “ball”—with its weight in the center—was unstable in flight and “did not work as envisioned”, according to the documentation. The project was canceled and Parker Brothers (makers of the NERF footballs since 1969) was never officially involved.