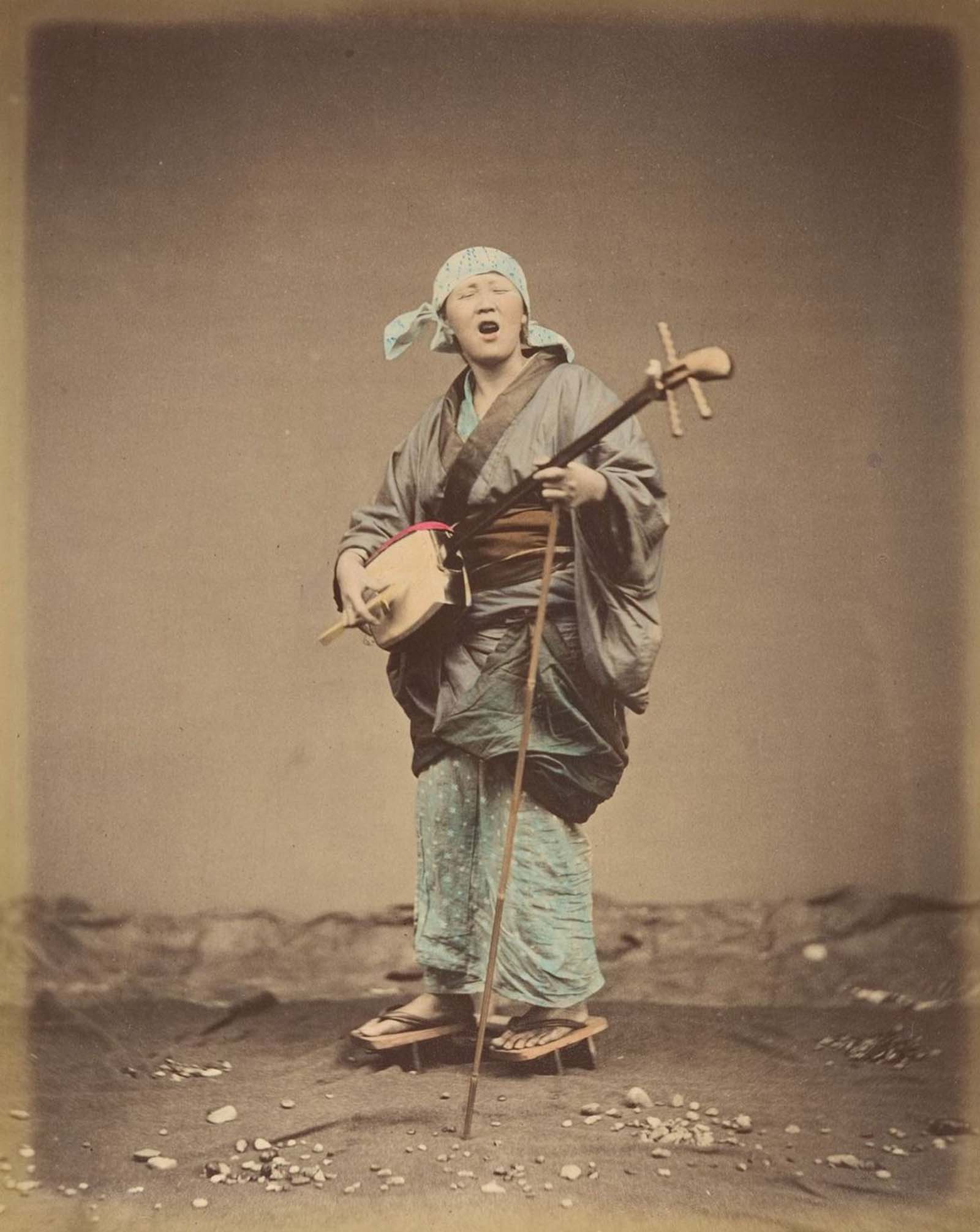 In this article, we’ve collected a few rare photographs from the 1870s taken by Shinichi Suzuki (1835-1918) who photographed Japan for a foreign newsmagazine called The Far East.

After his lumber family business was destroyed by a tsunami in 1854, Suzuki traveled to Yokohama where he became an established photographer. Many of his photographs were hand-colored, which is why they appear more realistic and modern than the black and white photos of that era.

In the 1860s and 1870s, Japan was a place on the brink of massive transition. For the first time, the country opened the door to foreign trade and Western technologies and lifestyles were already making their mark on the Japanese culture.

Suzuki Shin’ichi (1855–1912) was the younger of two Japanese photographers to bear that name. Suzuki’s original name was Okamoto Keizō and he was born in Izu.

From an early age, he enjoyed drawing and painting, and at thirteen or fourteen he set off for Yokohama determined to become an artist. He became a student of the artist Charles Wirgman, a friend and former partner of the photographer Felice Beato. 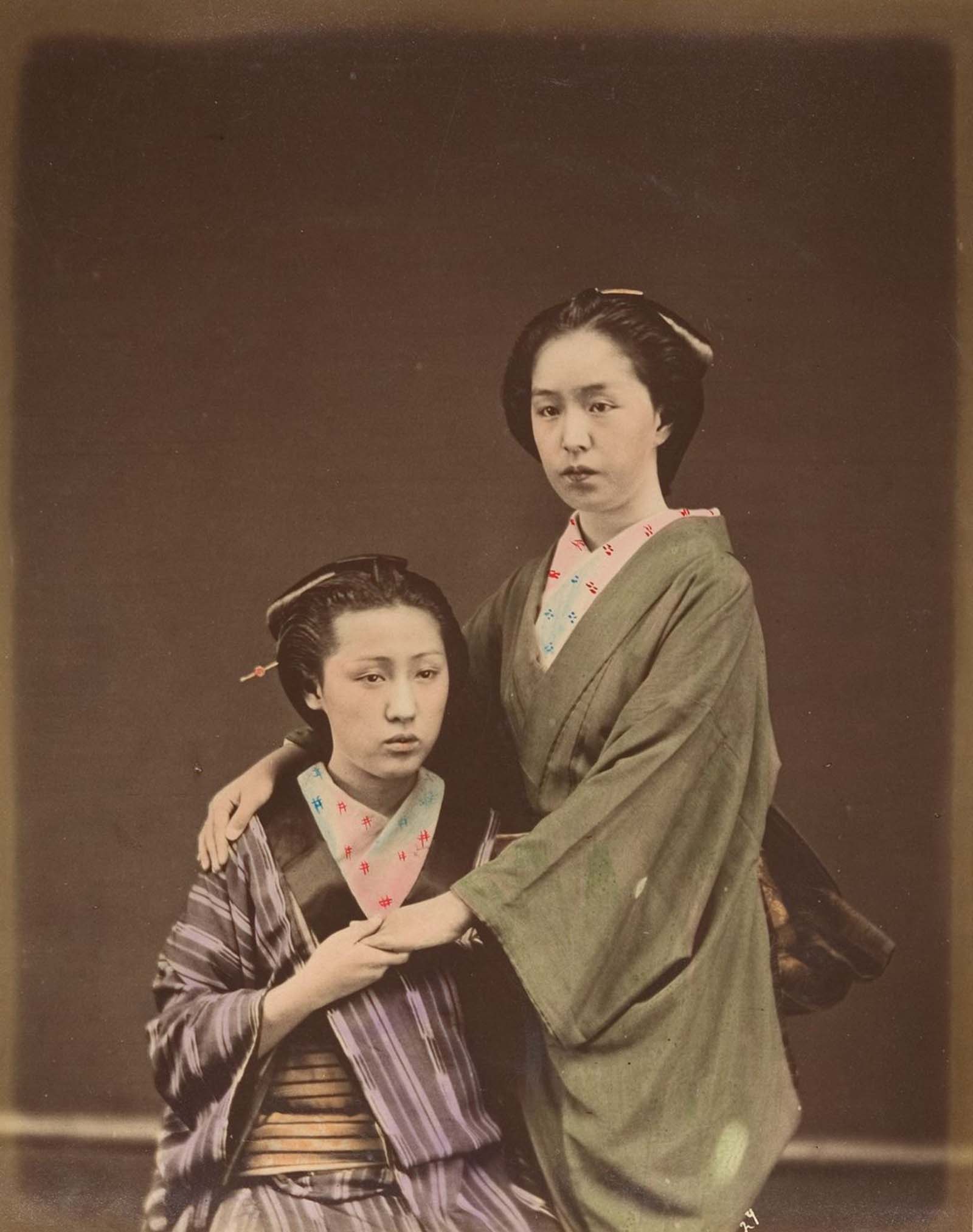 At first working in sericulture, Suzuki often traveled to Yokohama, where he soon apprenticed at the Yokohama photographic studio of Shimooka Renjō in 1867. In 1872–1873 he was commissioned by J. R. Black, publisher of The Far East, to produce a photographic series documenting rural life.

Images from this series continued to appear in Suzuki albums until the 1880s. In November 1873 Suzuki set up his own studio, producing portraits and souvenir albums.

By the time of the photographer’s death in 1918, Japan had changed drastically, its society, politics, and economy were on par with the Western world.

The traditional Japanese lifestyle that Suzuki Shin’ichi had captured in these photographs was being rapidly replaced by Western standards and values. 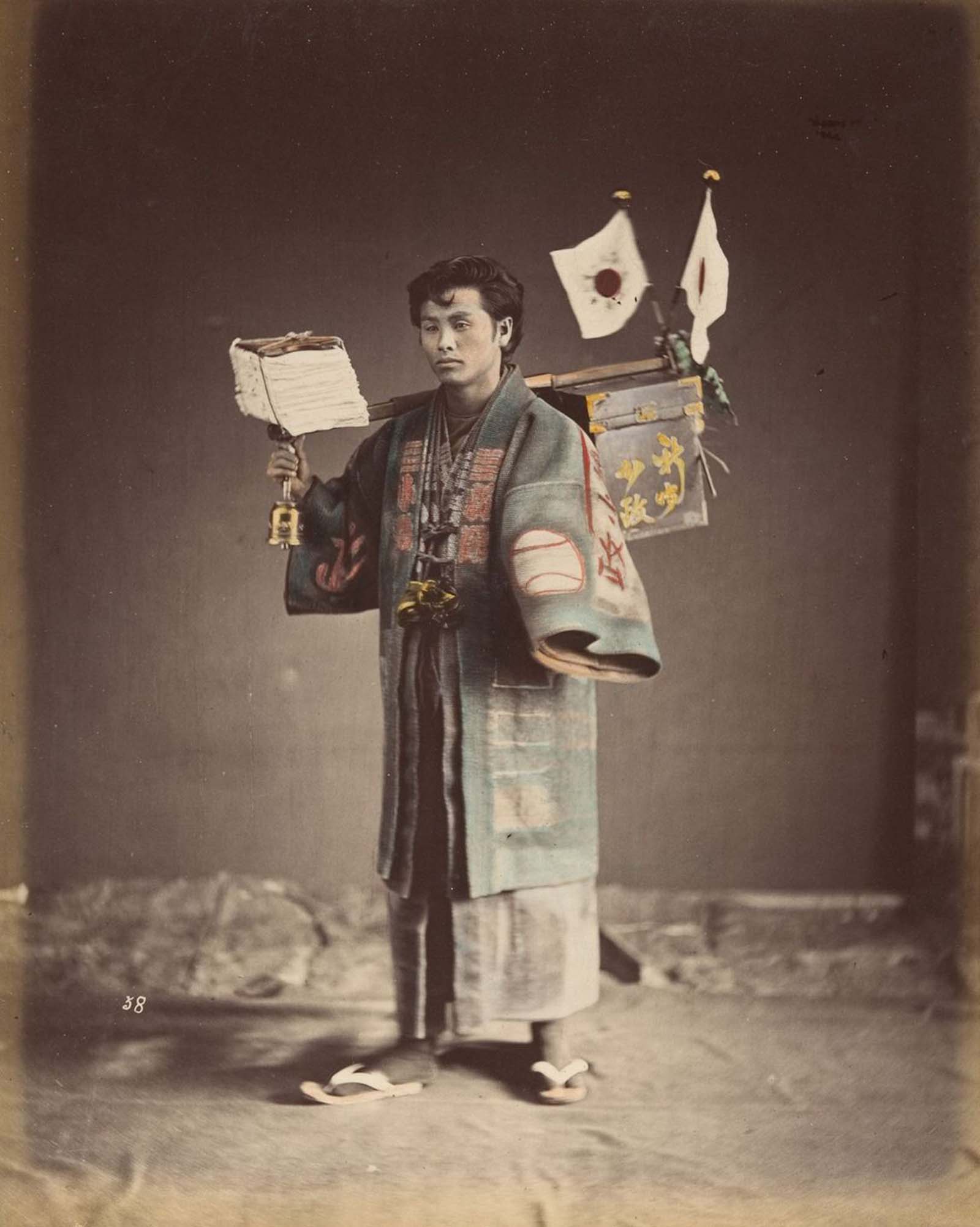 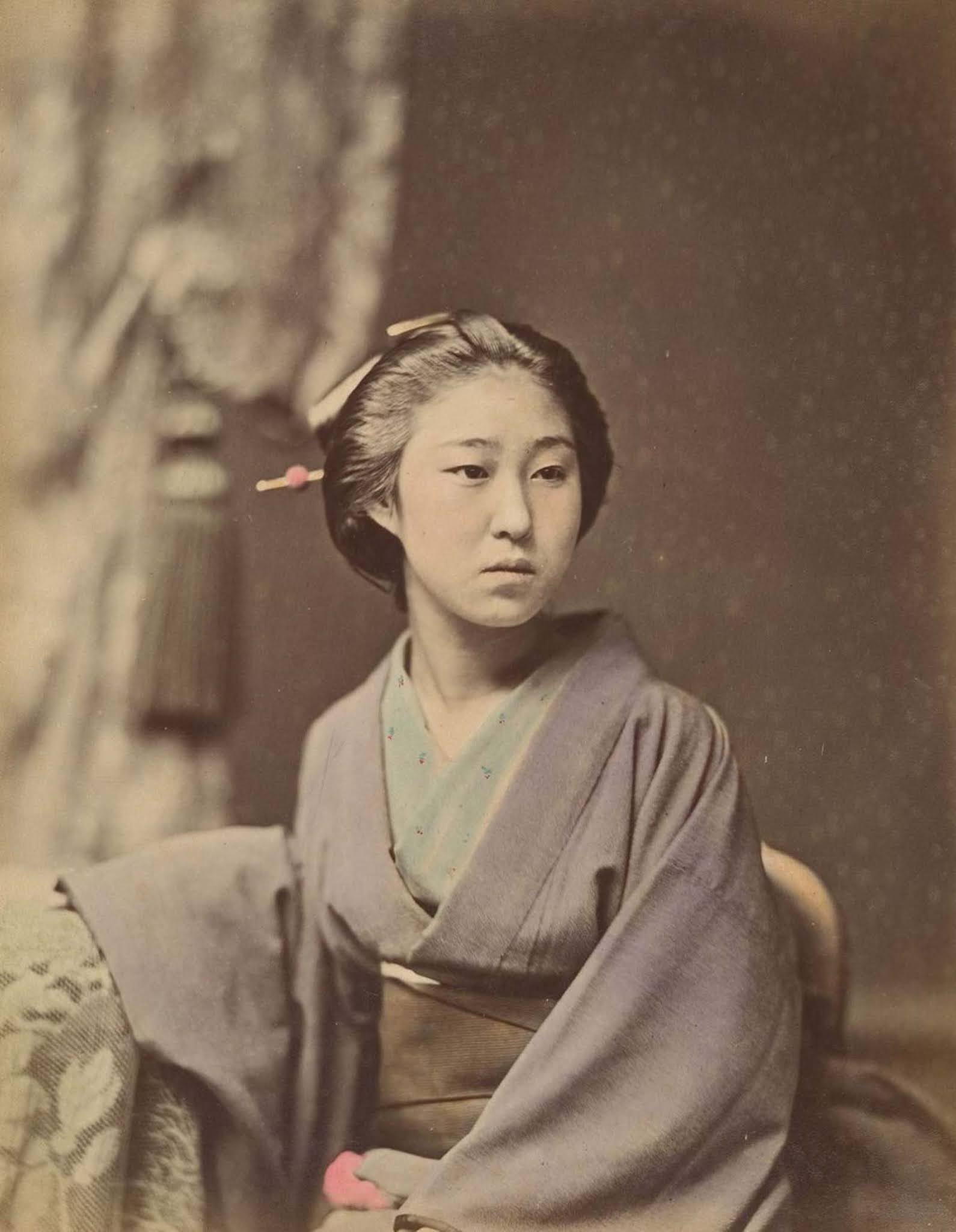 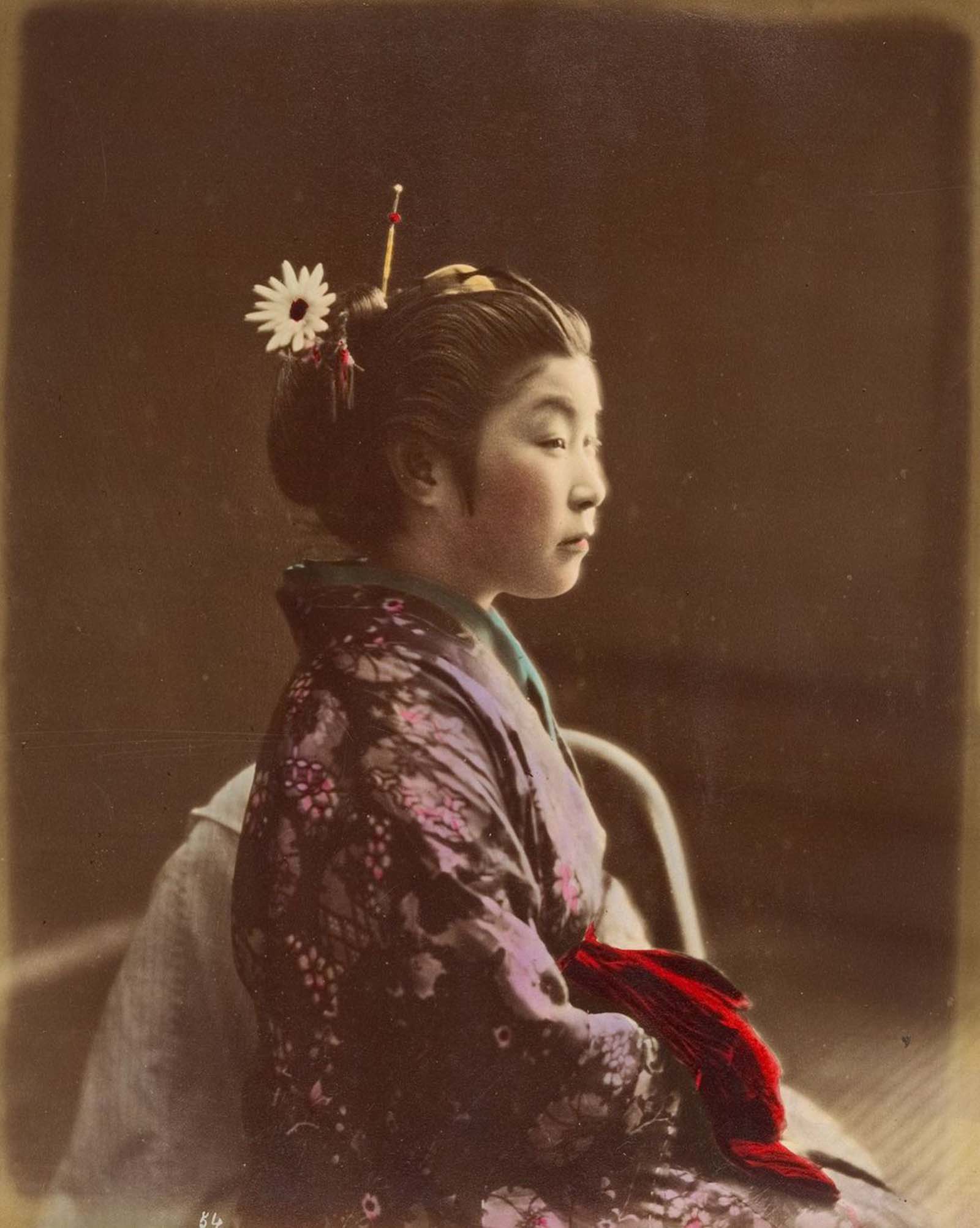 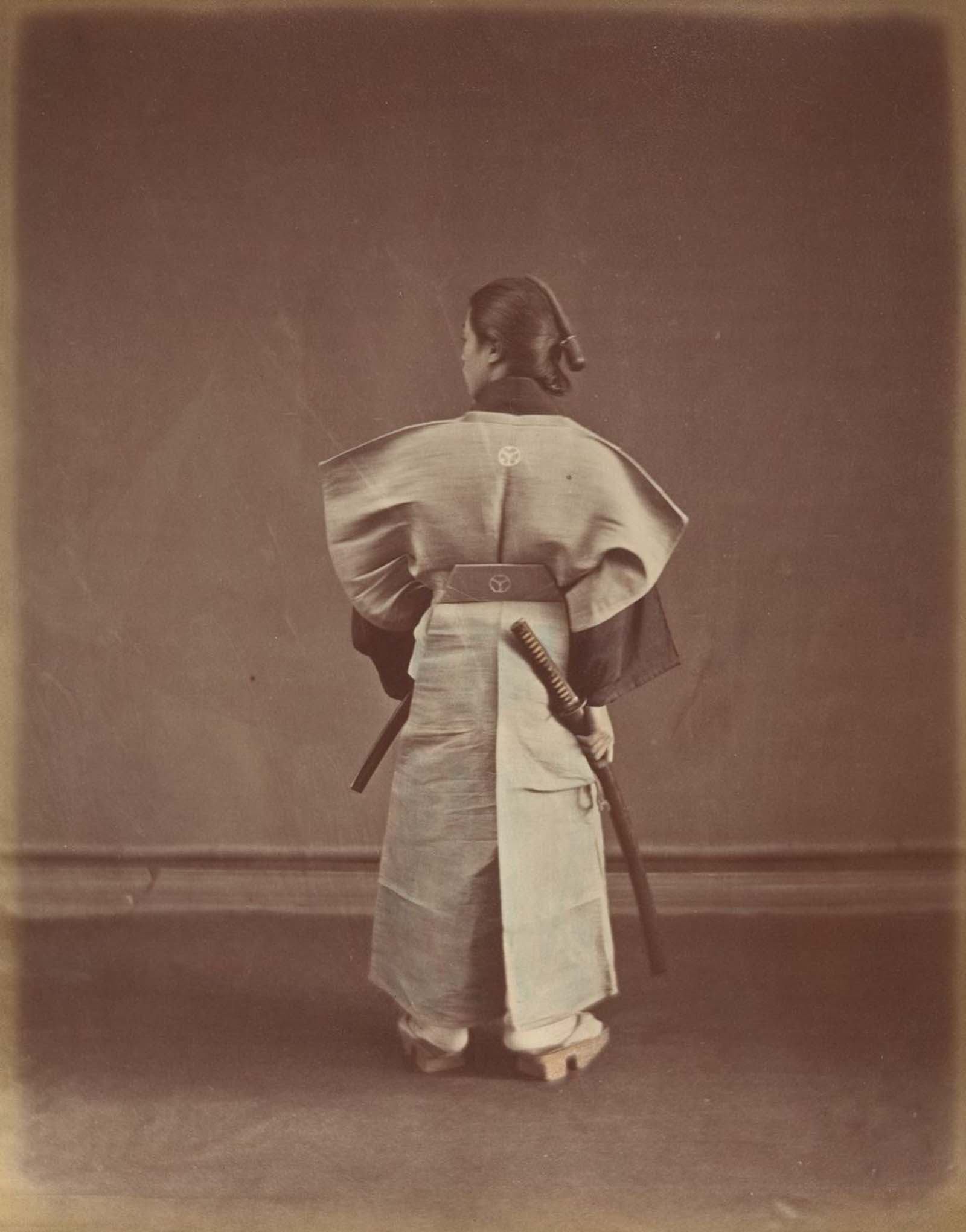 Woman in traditional garment with sword. 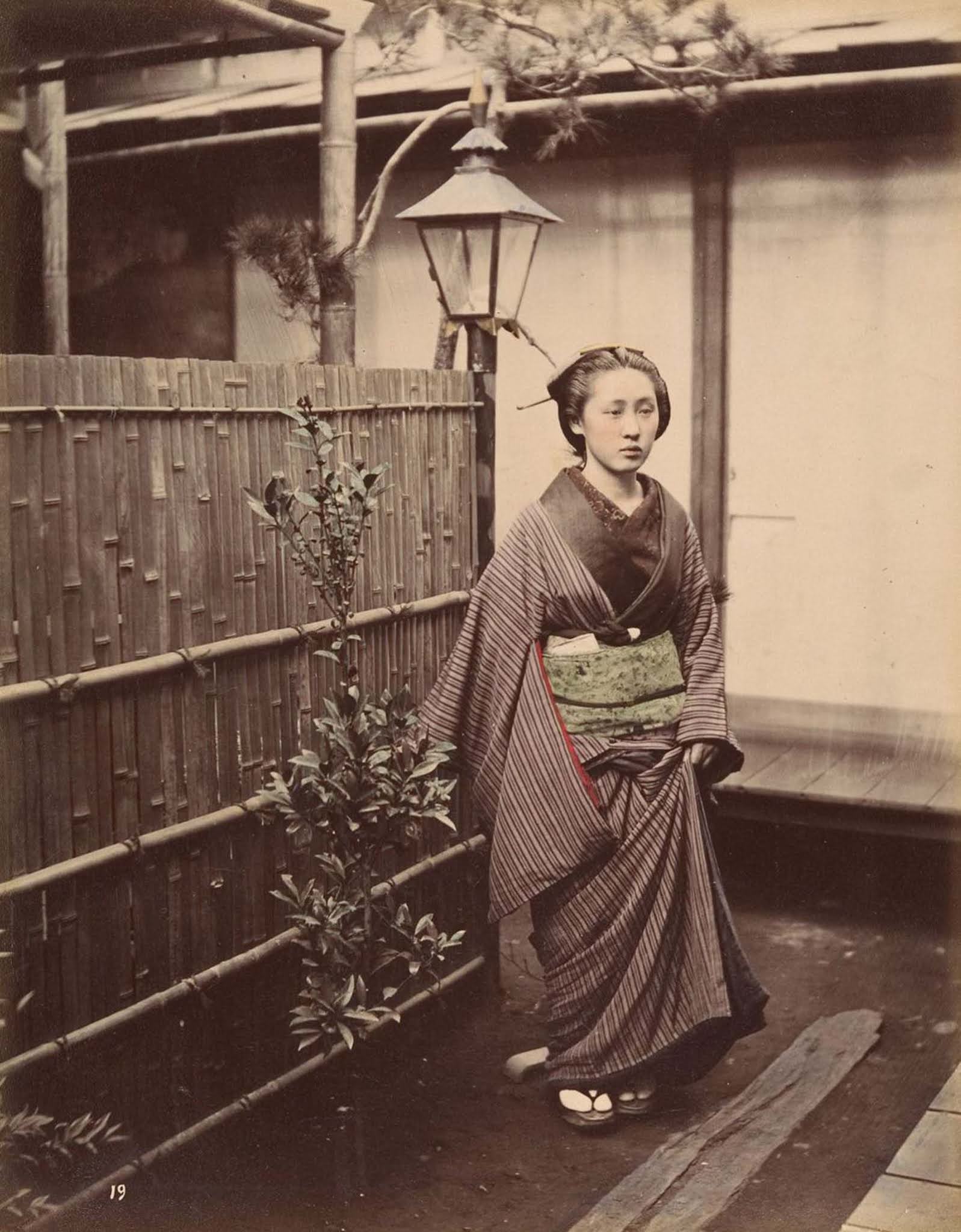 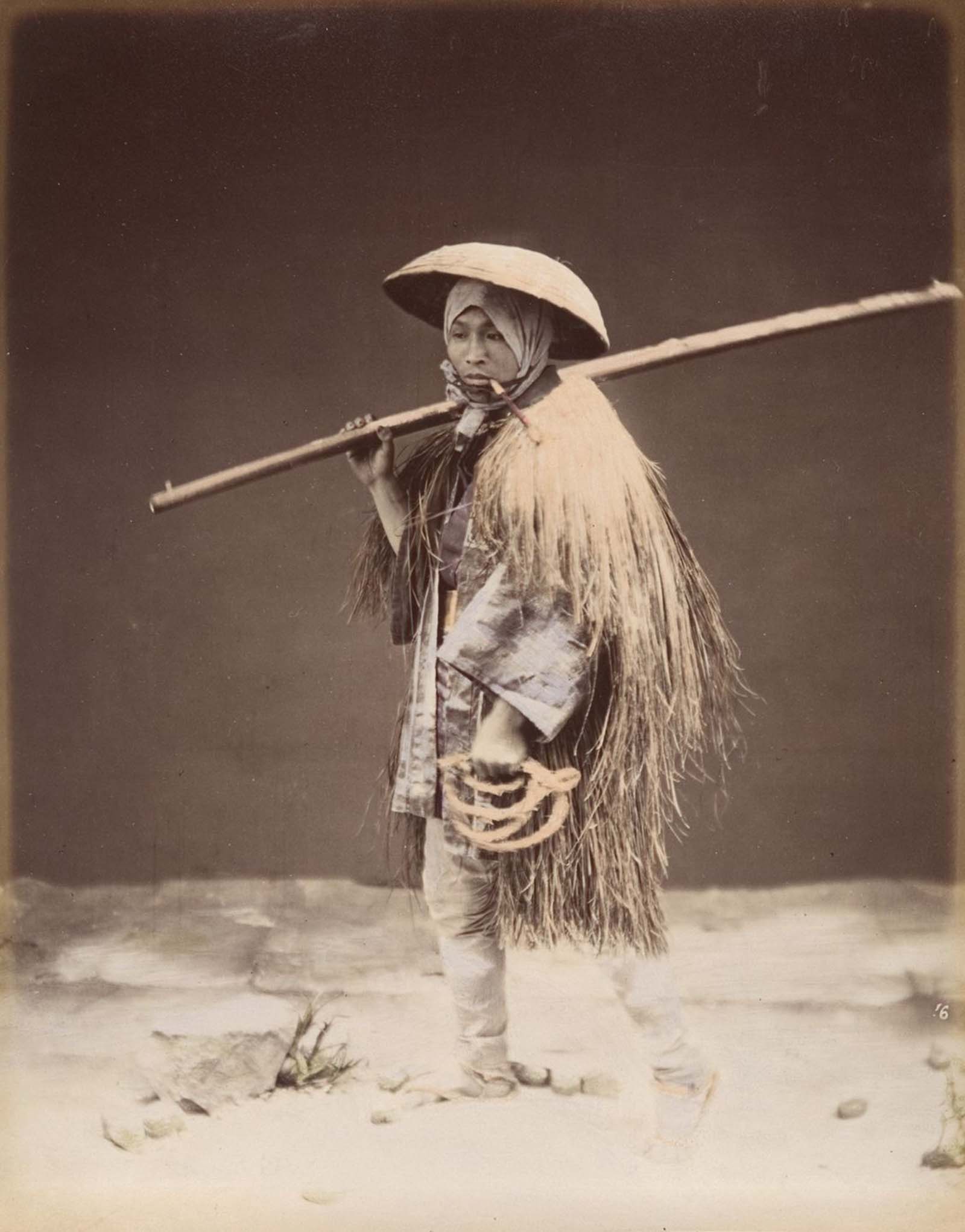 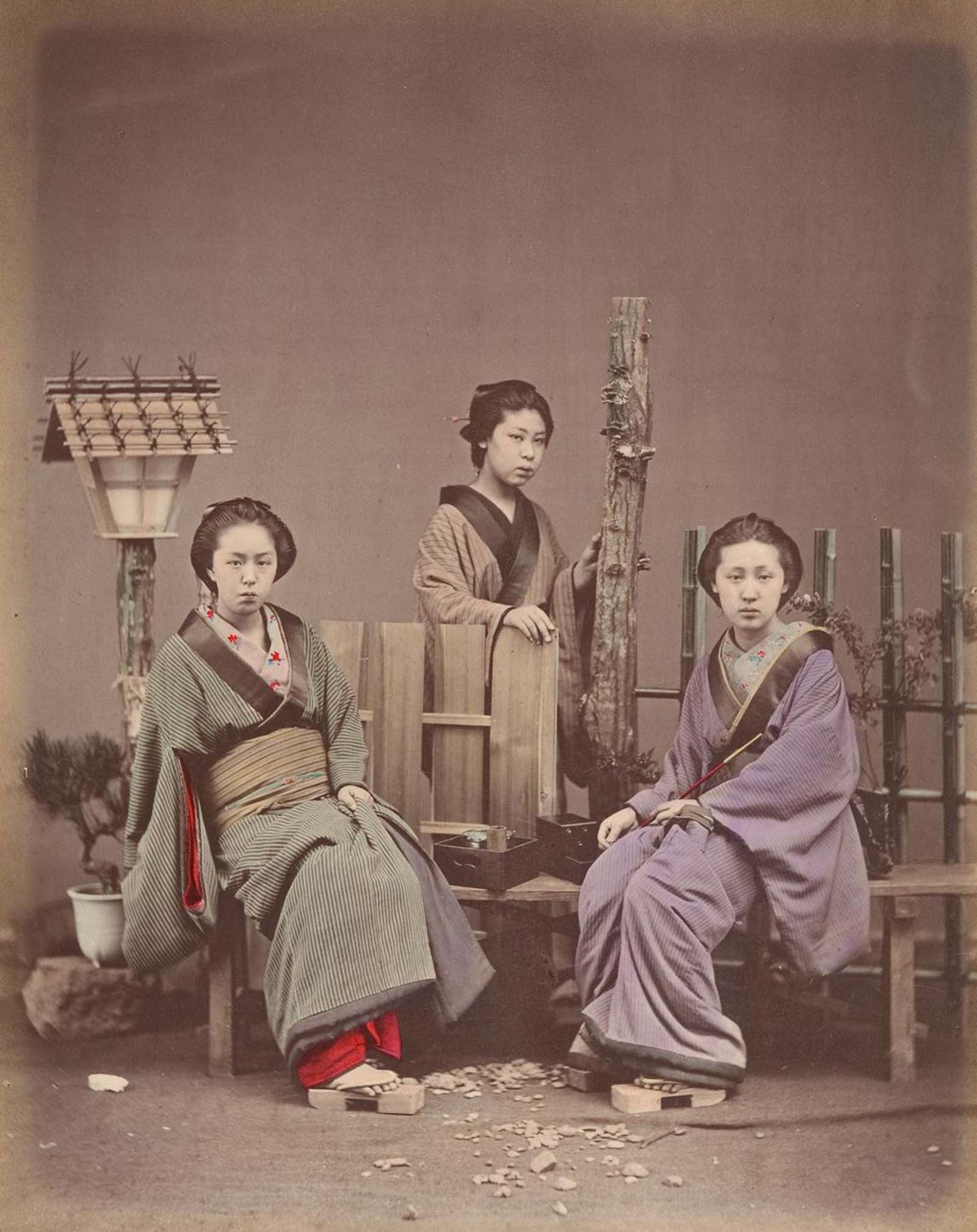 A group of Japanese women. 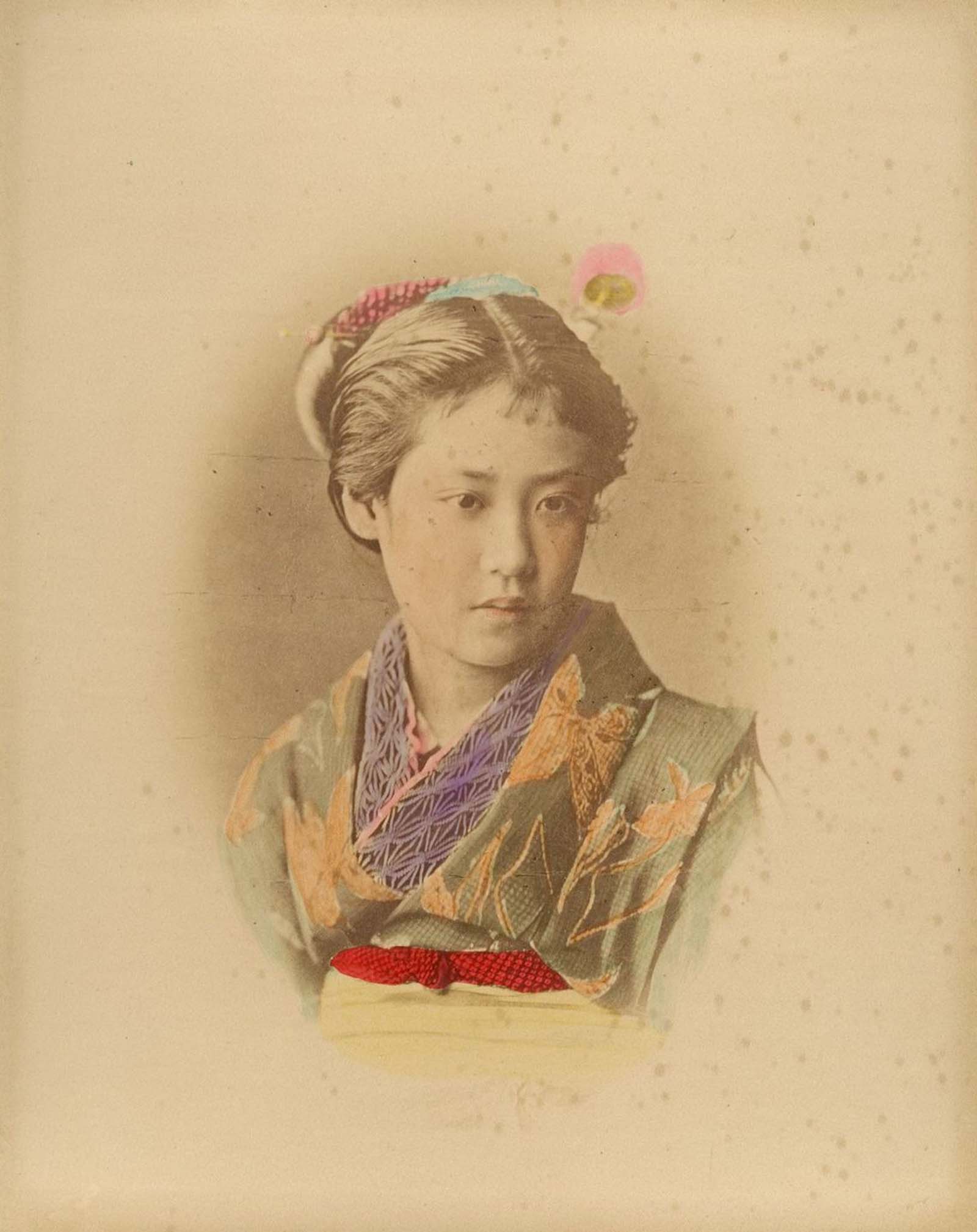 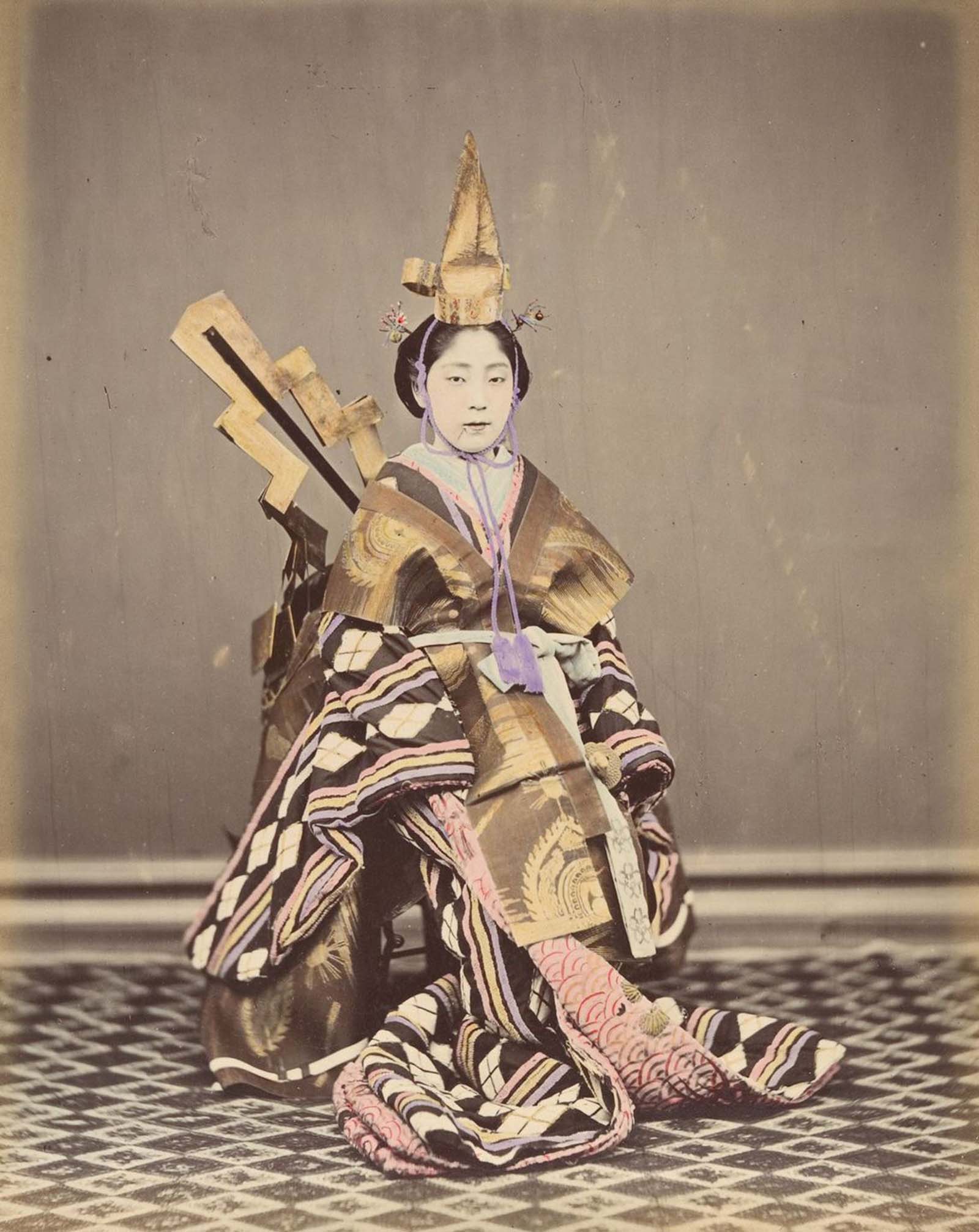 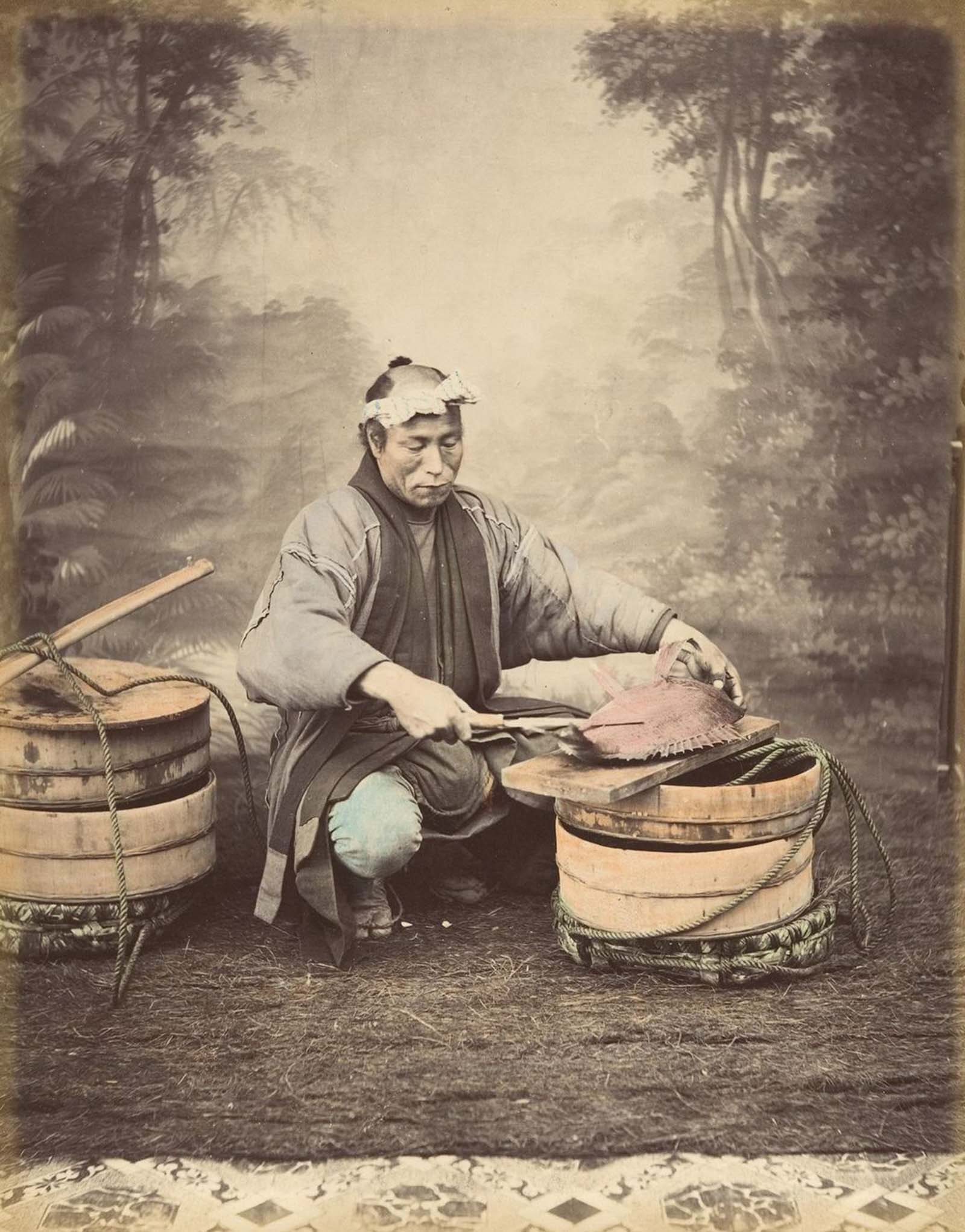 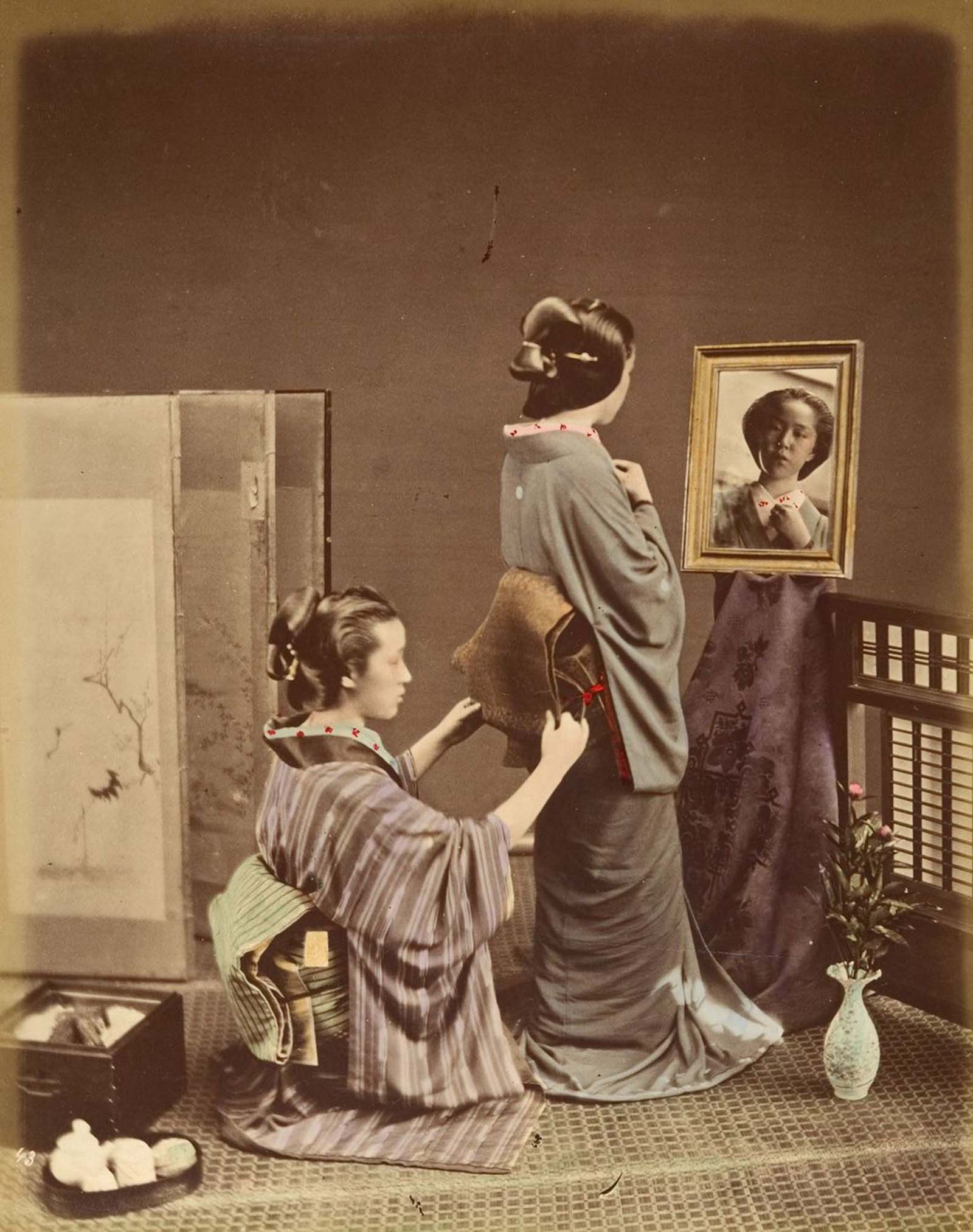 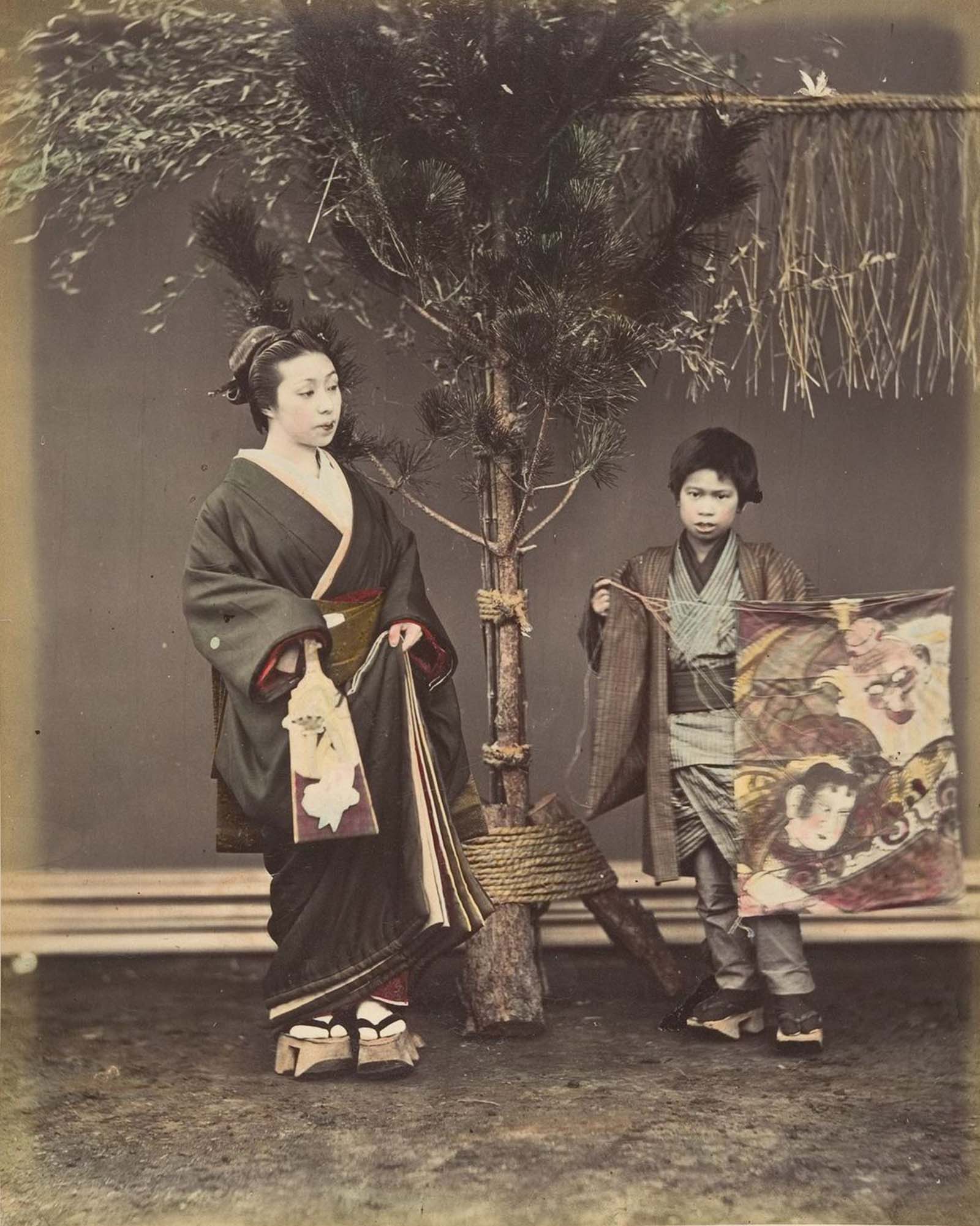 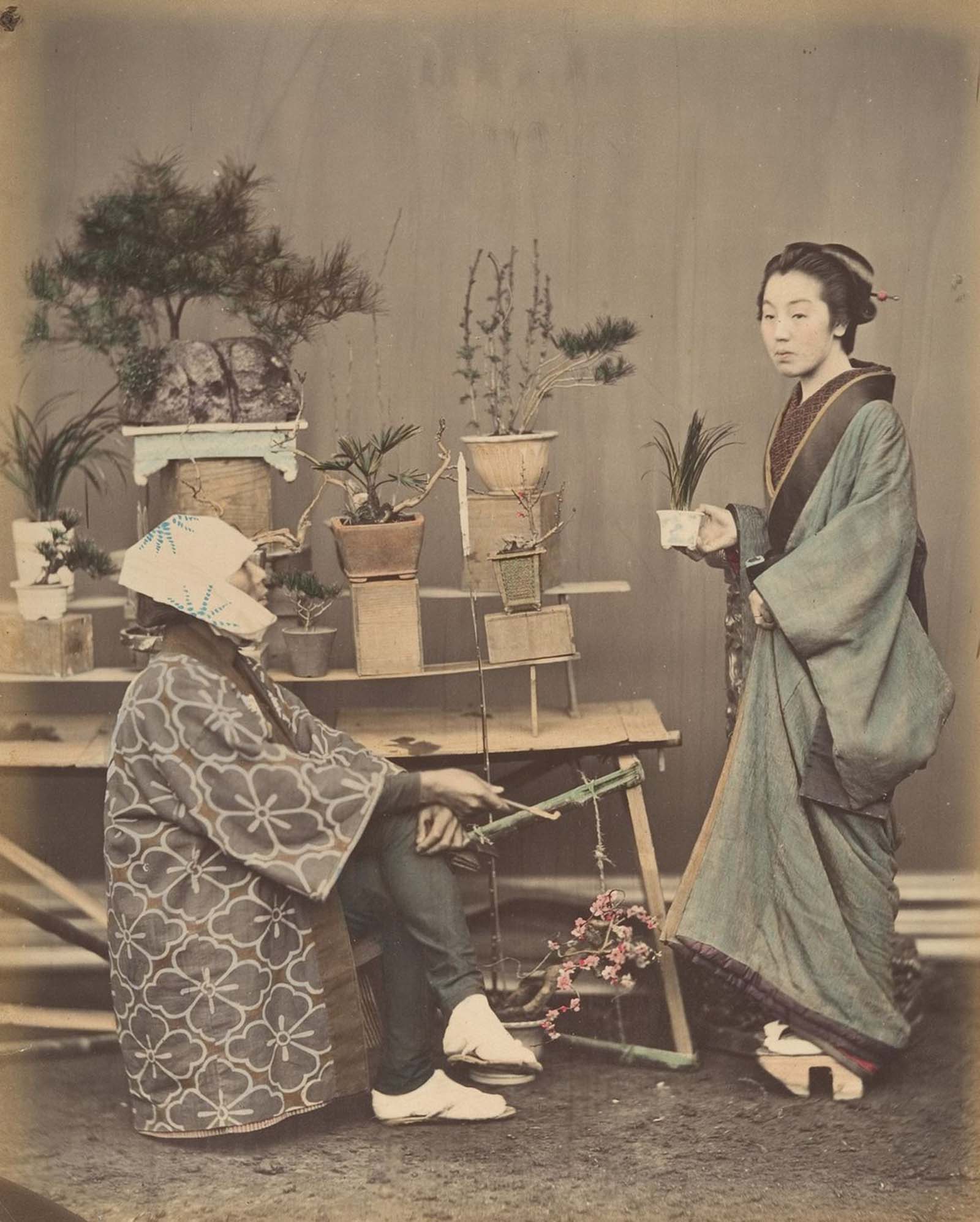 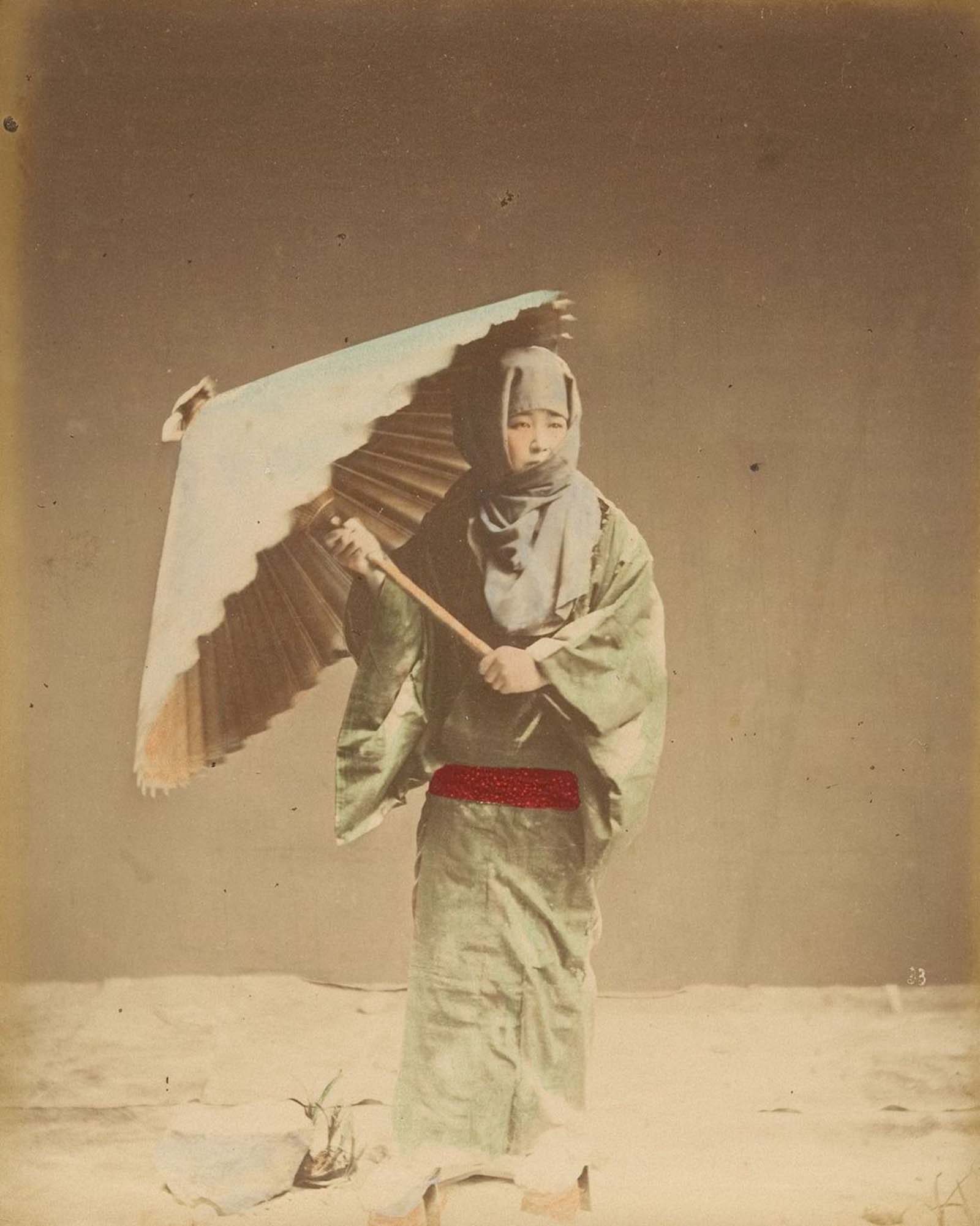 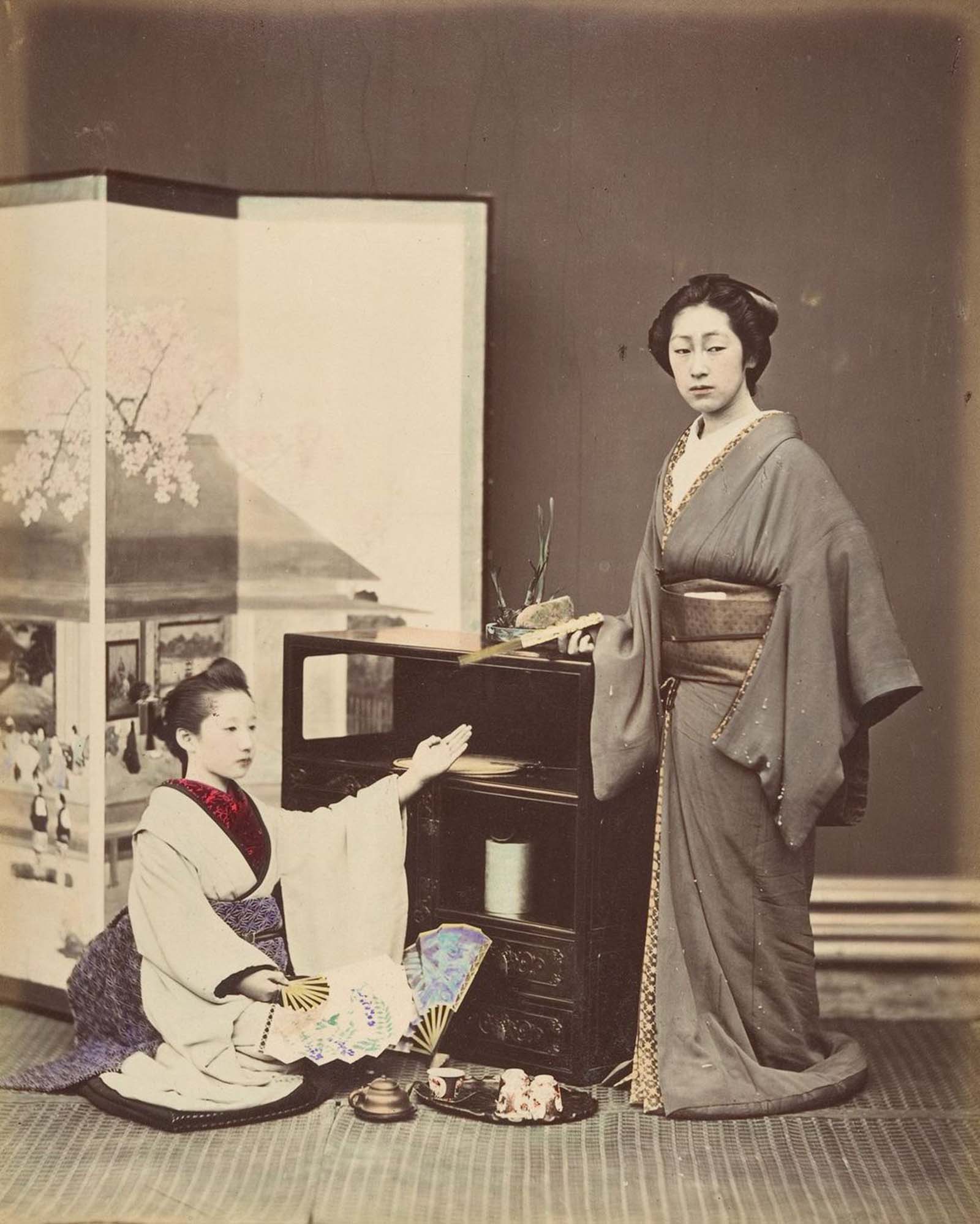 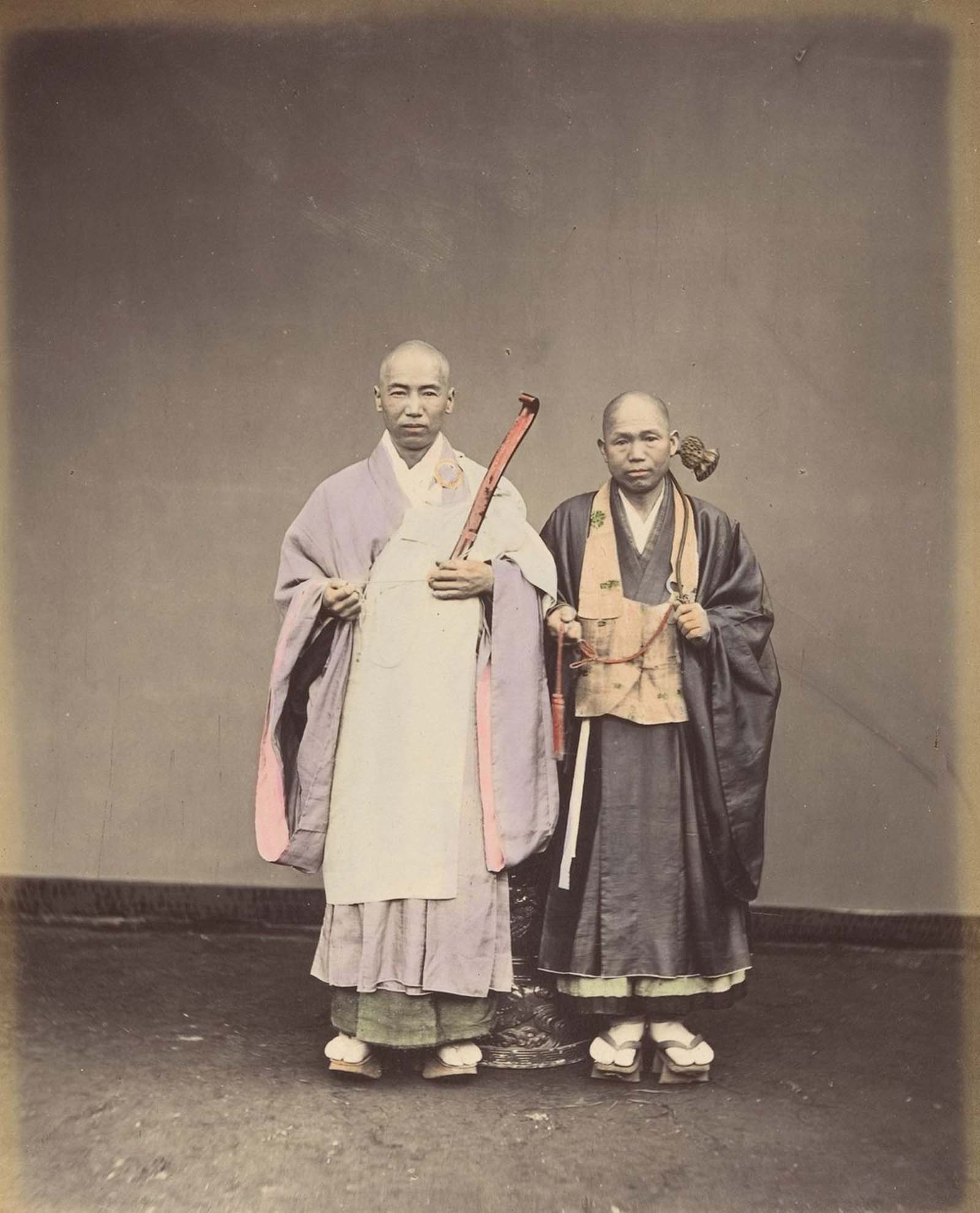 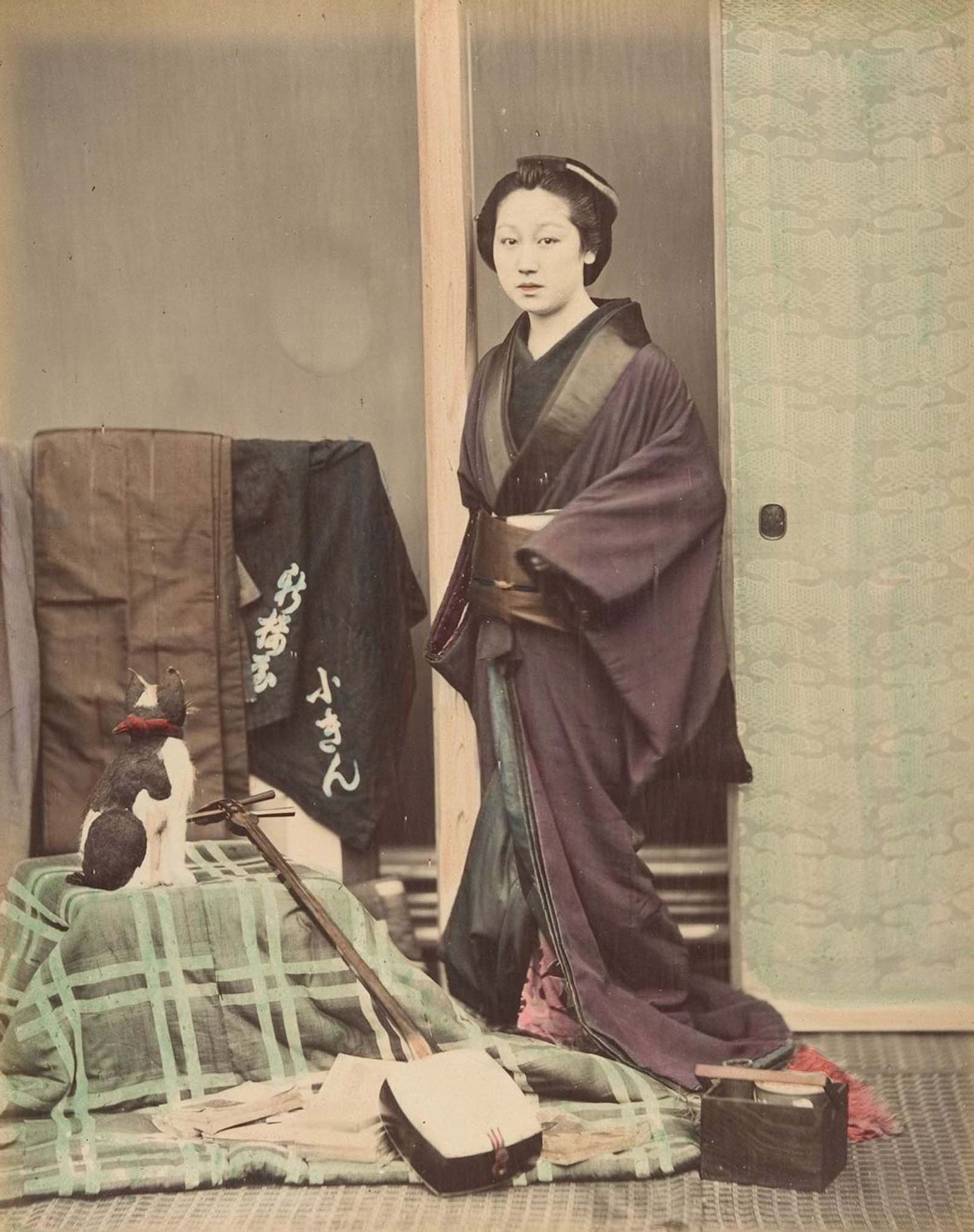 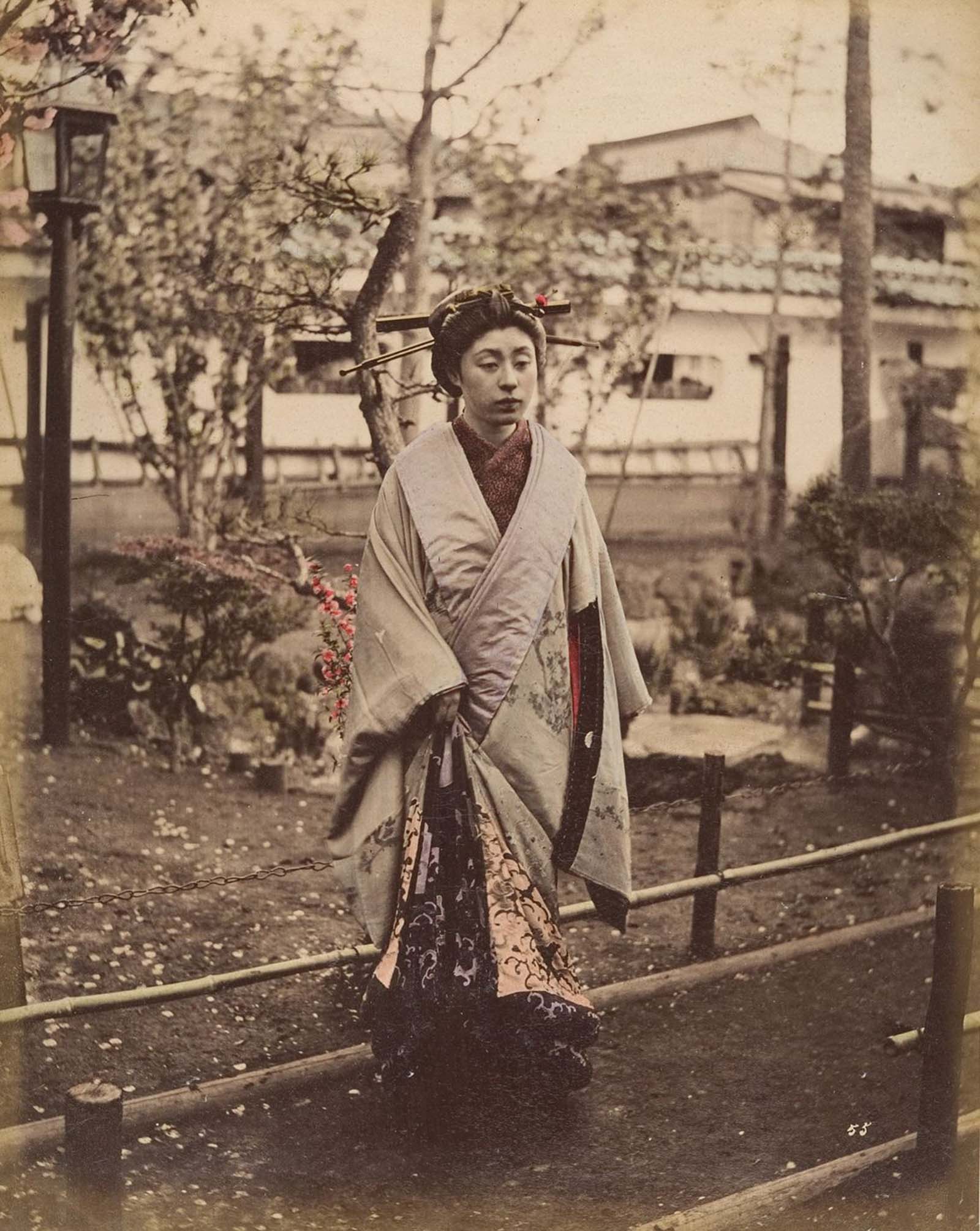 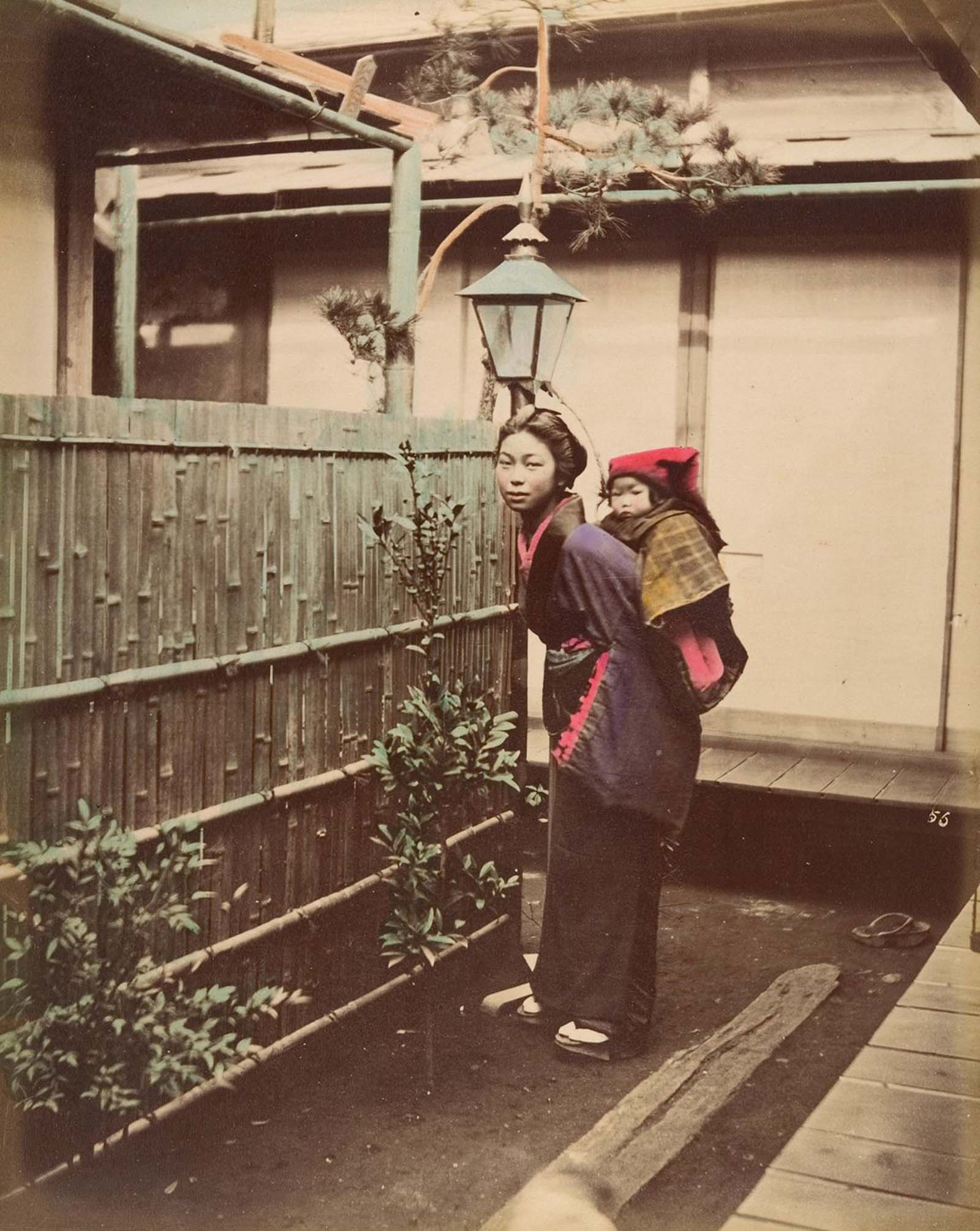 Japanese woman in traditional dress posing with a child on her back. 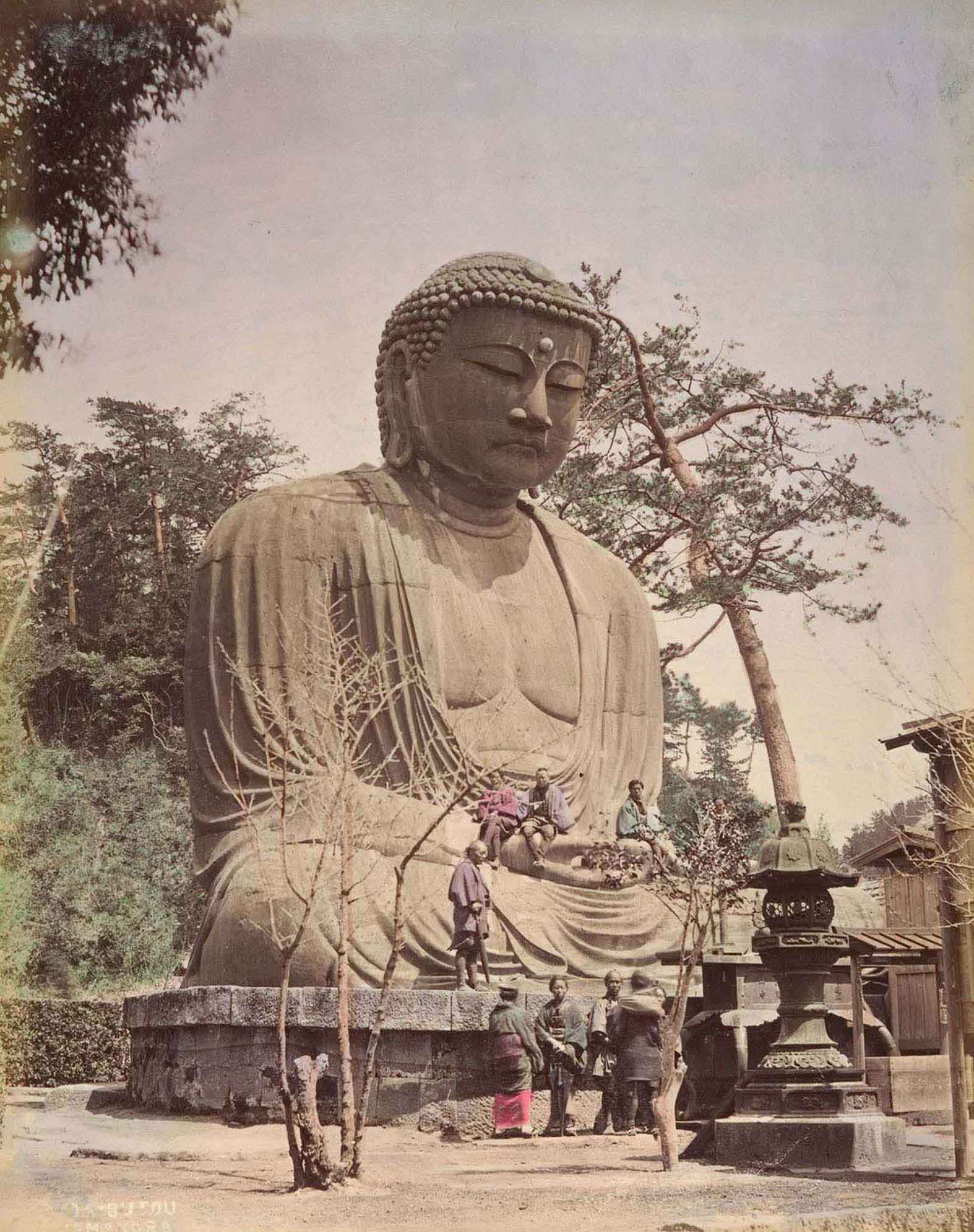 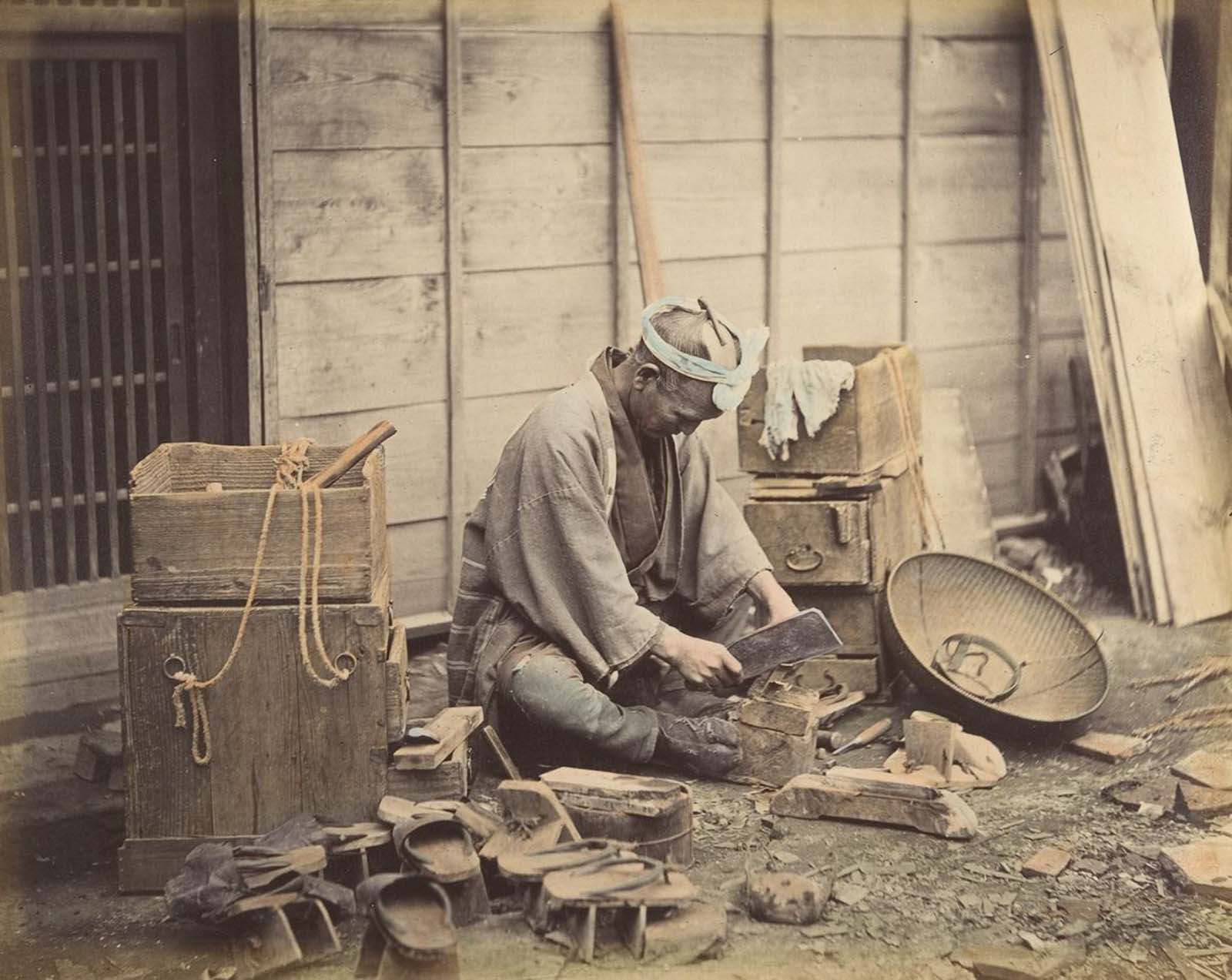 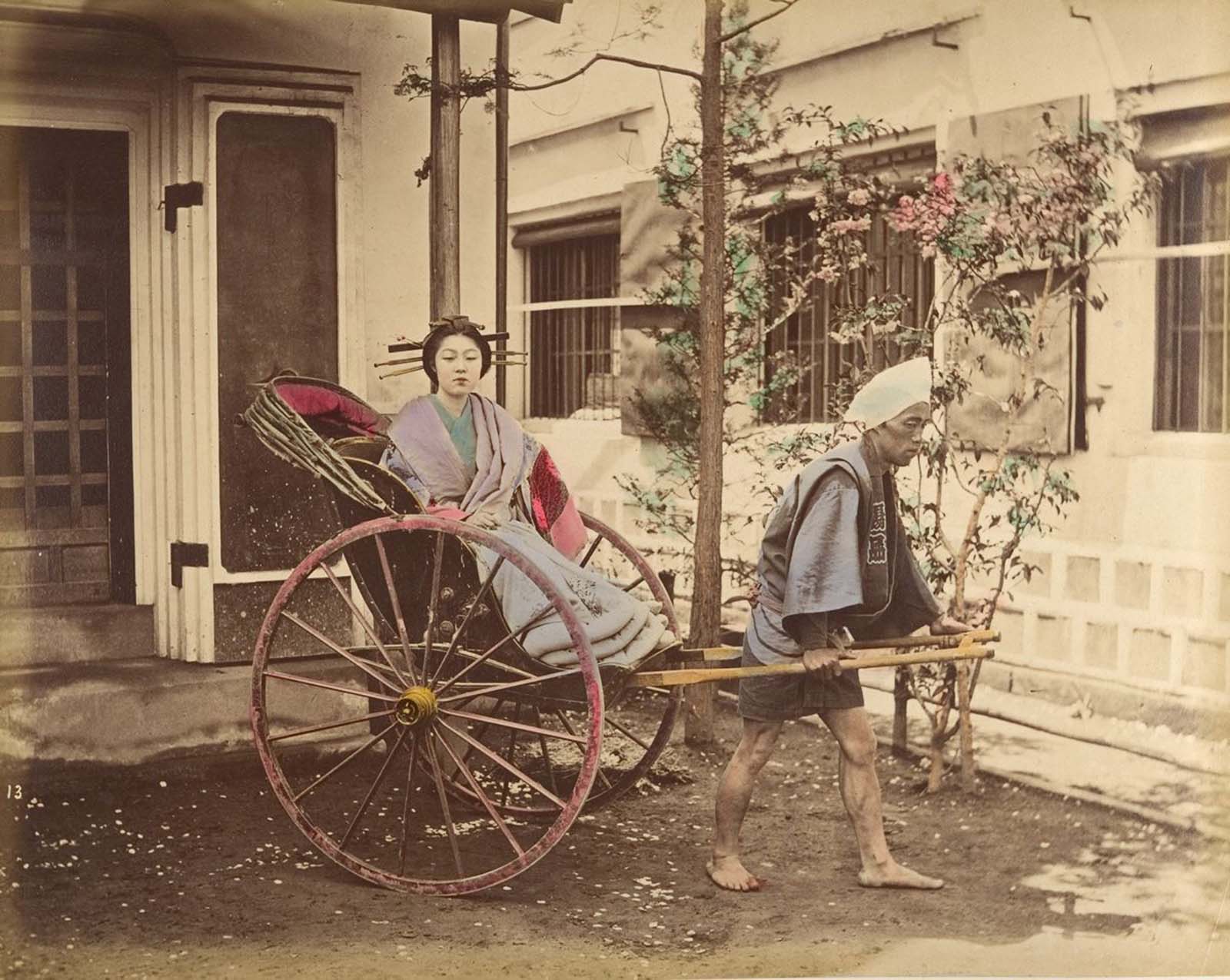 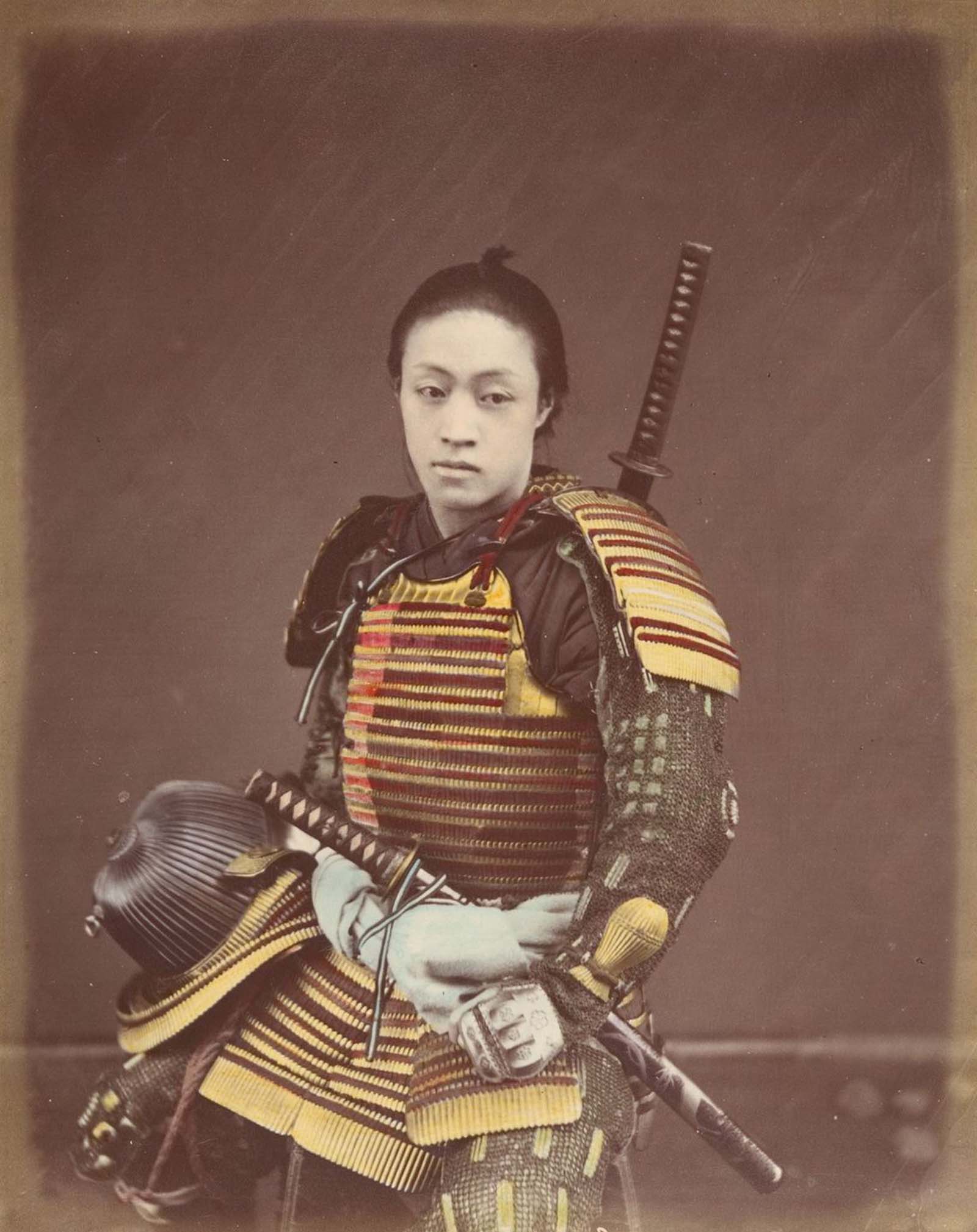