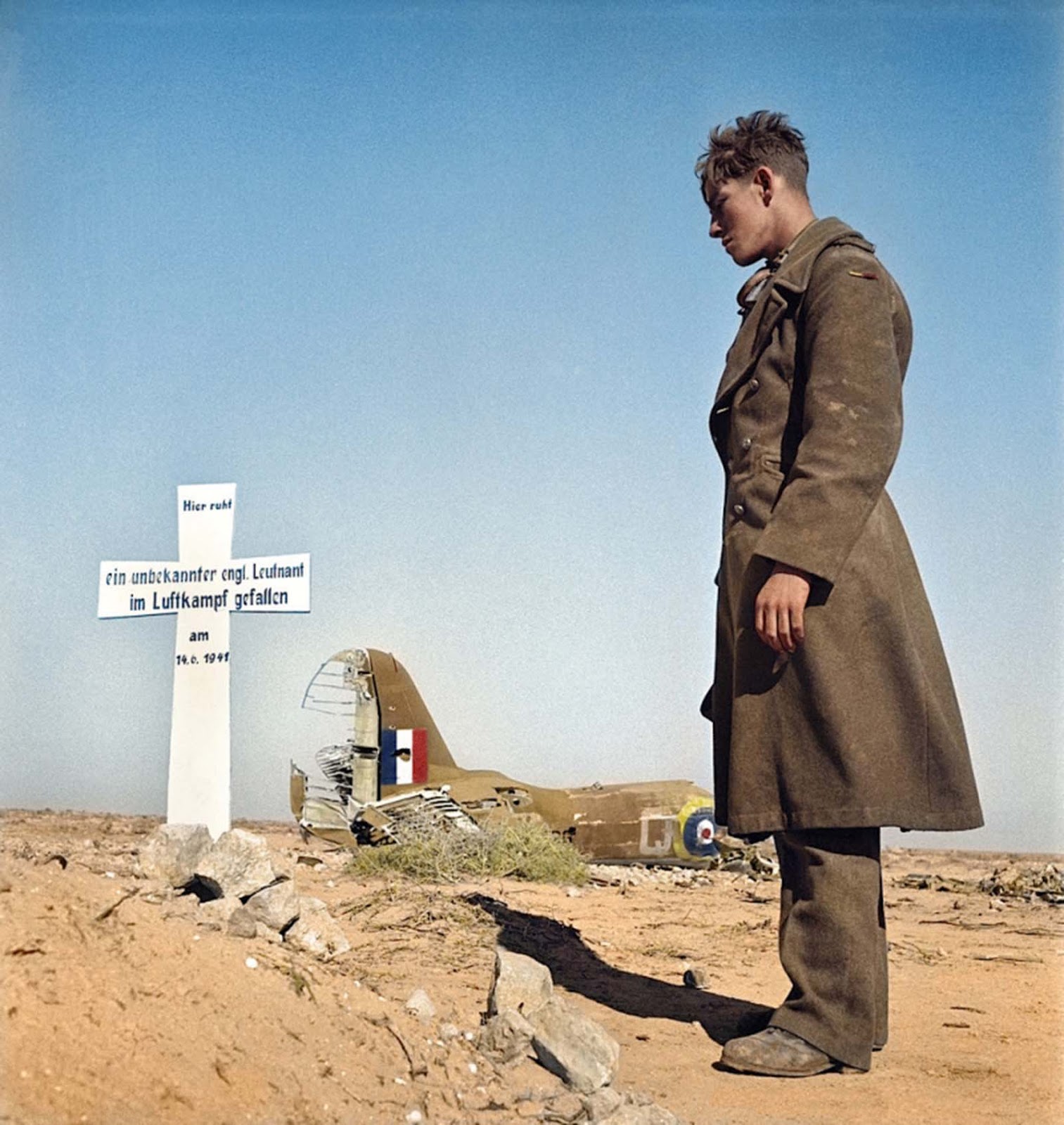 This photograph was taken by George Rodger of No. 1 Section Army Film & Photographic Unit; the soldier posing was most likely his driver (original picture). Many times this picture is labeled as a photo of a British grave and the wreckage of a British plane. At first look that is what it seems to be, but further research shows another story.

What we actually have here is the grave of a 2nd Lieutenant of the South African Air Force in front of the wreckage of his Martin Maryland Mark II. A translation of the German inscription reads: “Here rests an unknown English lieutenant, fallen during air combat on June 14th, 1941“. We cannot fault the Germans who buried the crew of this aircraft as the markings of South African and British Aircraft are very similar. Another picture shows three graves. 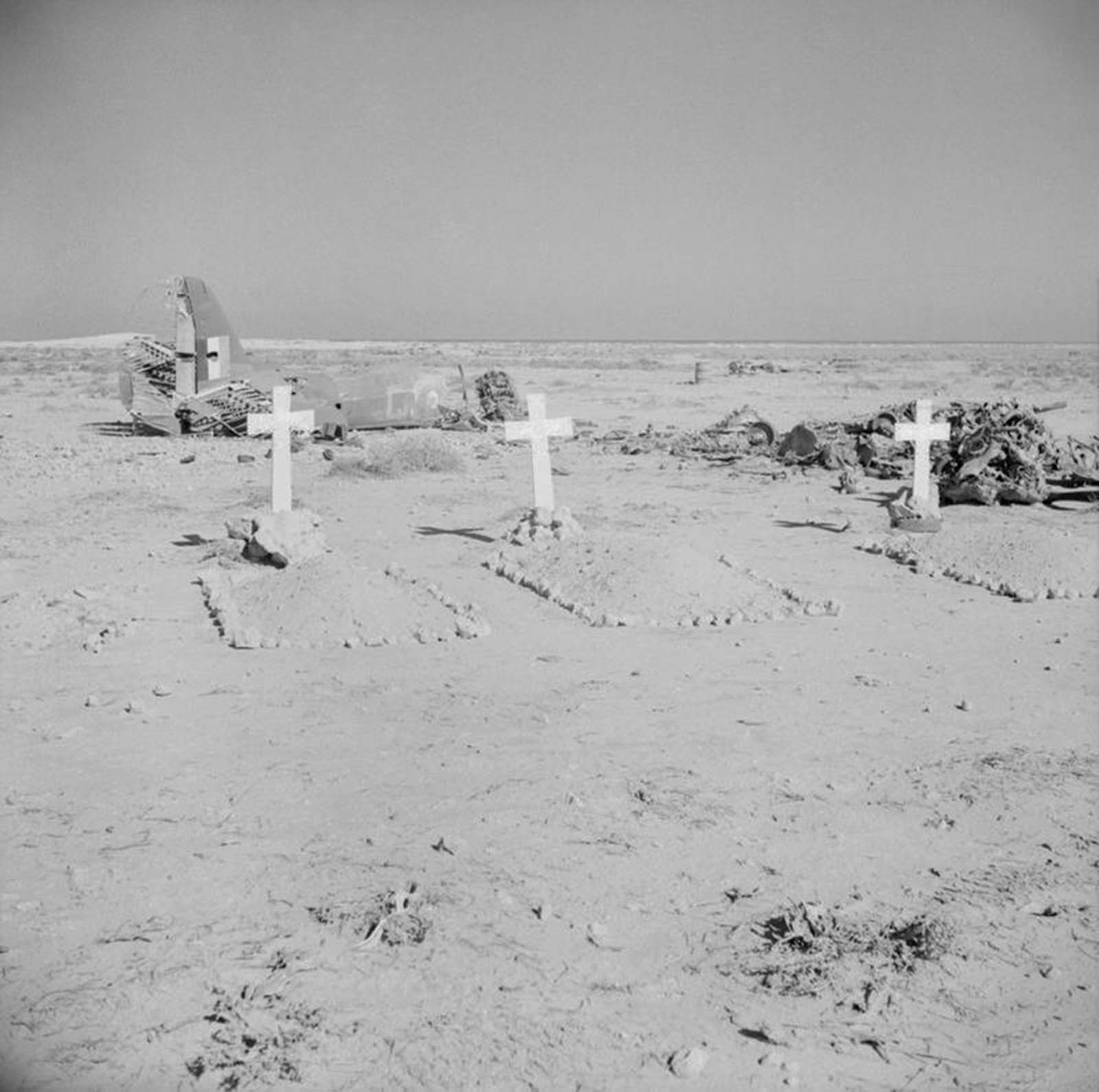 The graves of three aircrew of No. 39 Squadron RAF, buried by the Germans, lie in front of the wreckage of their Martin Maryland Mark II south-west of Gazala.

RAF Bomber Command Losses for the day of 14 June 1941 and German records as well, show only one loss that matches this scene: 24 Squadron South African Air Force Martin Maryland Mk.II (No. 1609). Out of the crew of four, three were killed in action and one was captured by the Germans. The aircraft was shot down by Oberleutnant Ludwig Franzisket of 3./Jagdgeschwader 27 south-west of Ain el Gazala at 5:06, just one minute after he shot down a Hurricane (No. V7818) from 1 Squadron South African Air Force which was escorting the Martin.