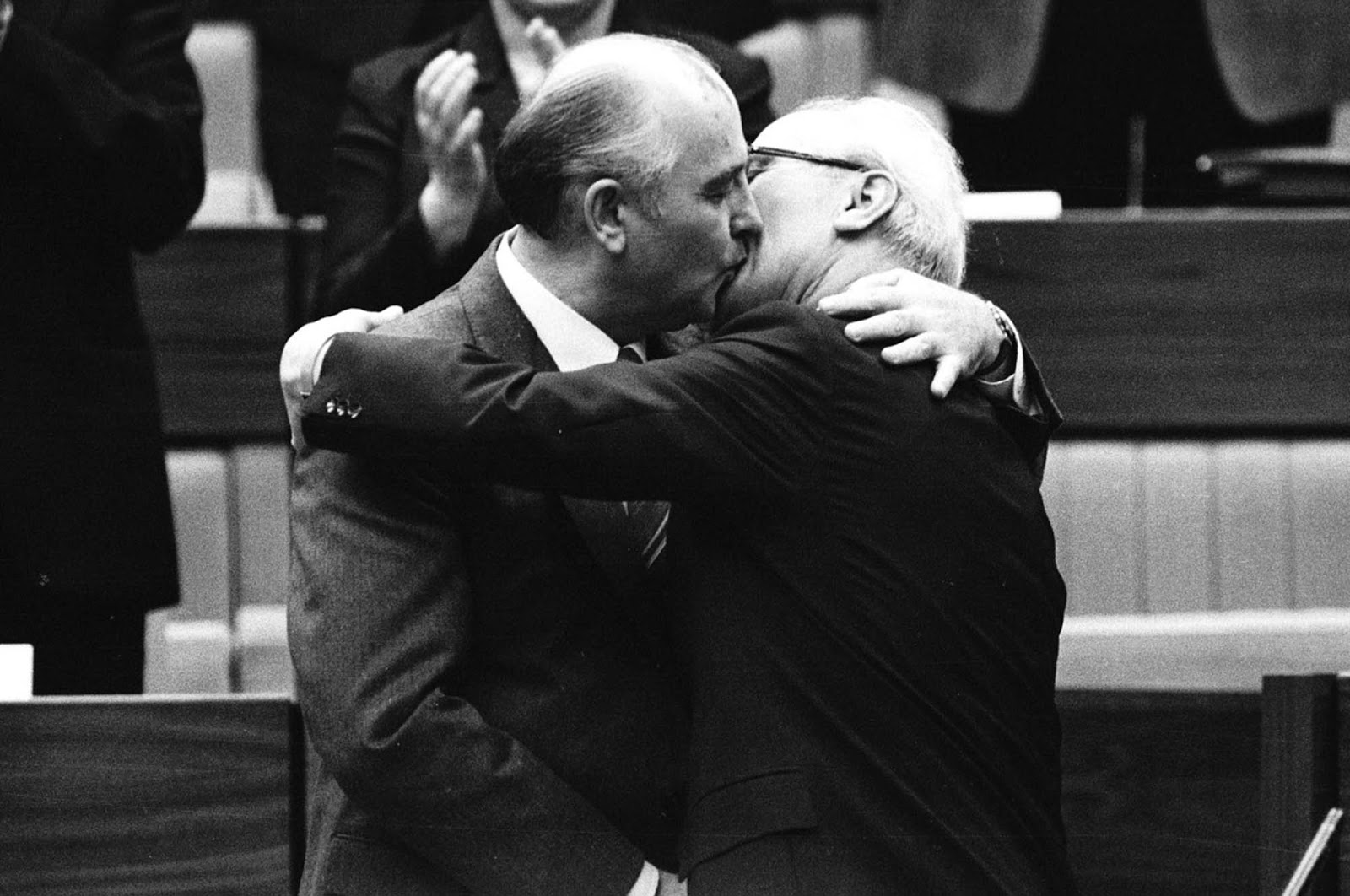 The Soviet leader Mikhail Gorbachev congratulates East German leader Erich Honecker with a fraternal hug and kiss after Honecker’s re-election as General Secretary of the Communist Party Congress in East Berlin, on April 21, 1986.

This kiss consisted of an embrace, combined with a series of three kisses on alternate cheeks. In rare cases, when the two leaders considered themselves exceptionally close, the kisses were given on the mouth rather than on the cheeks.

As a symbol of equality, fraternity, and solidarity, the socialist fraternal kiss was the expression of the pathos and enthusiasm of the emergent Workers’ movement between the middle and end of the 19th century.

In the years after the October Revolution and the subsequent Communist International, a ritualization of the so far spontaneous gist succeeded into an official greeting between Communist comrades.

The symbolic reinforcement of the feeling of camaraderie also gained success through the fact that many Communists and Socialists had to make long, arduous, and dangerous trips to then the isolated Bolshevik Russia. That way the much-experienced international Solidarity found expression in stormy embraces and kisses. 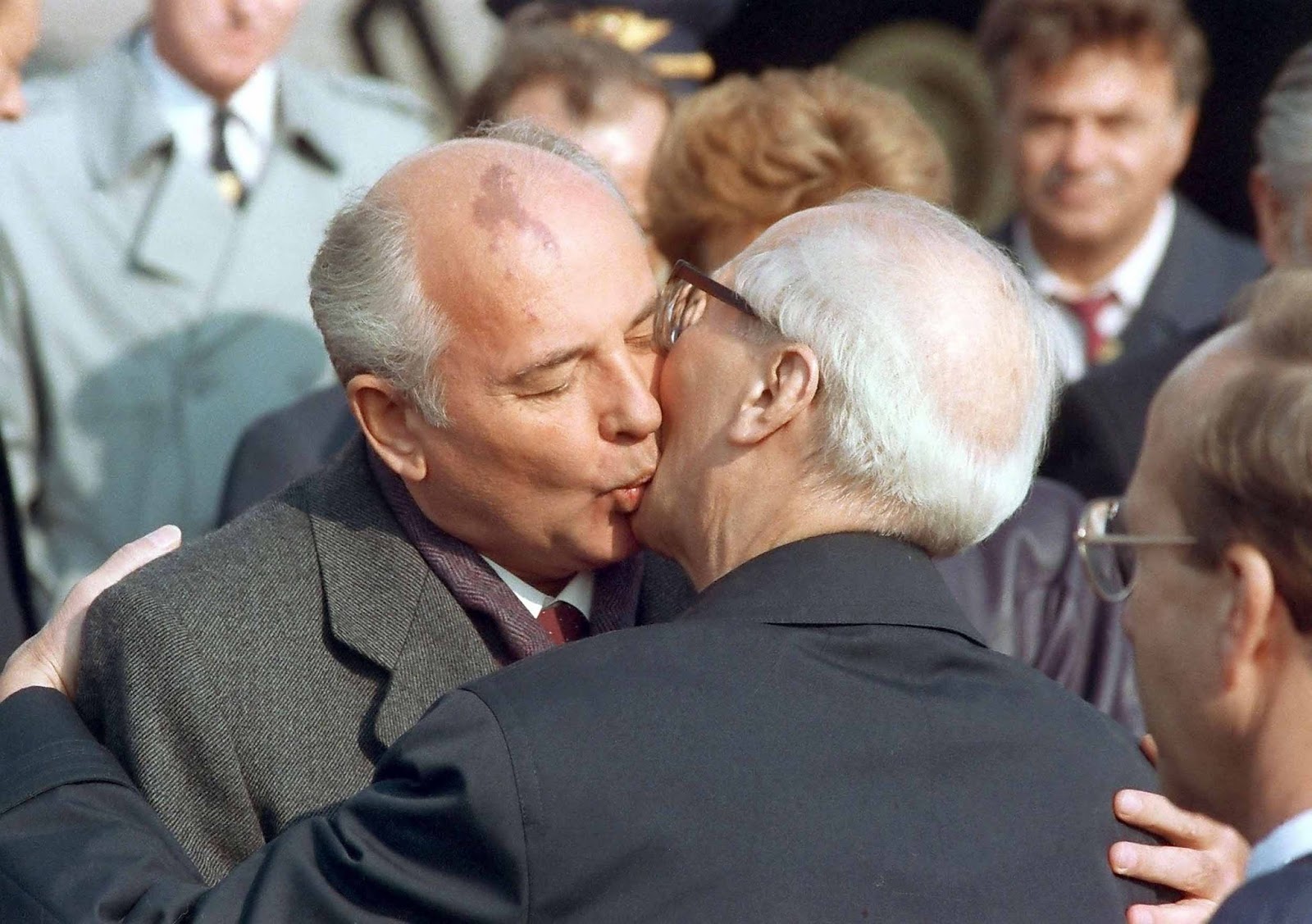 Gorbachev and Honecker sharing another socialist kiss in 1989. Picture taken during the celebration of the 40th anniversary of the German Democratic Republic’s creation in East Berlin.

The greeting was also adopted by socialist leaders in the Third World, as well as the leaders of socialist-aligned liberation movements such as the Palestinian Liberation Organization and the African National Congress.

The 11th Congress of Socialist Unity Party of Germany (SED), held 17–21 April 1986, unequivocally confirmed Honecker for another term as party head. The SED celebrated its achievements as the “most successful party on German soil”, praised East Germany as a “politically stable and economically efficient socialist state”, and declared its intention to maintain its present policy course.

East Germany’s successes, presented as a personal triumph for Honecker, marked a crowning point in his political career. Mikhail Gorbachev’s presence at the congress endorsed Honecker’s policy course, which was also strengthened by some reshuffling of the party leadership.

Overall, the 11th Congress exhibited confidence in East Germany’s role as the strongest economy and the most stable country in Eastern Europe. Gorbachev praised the East German experience as proof that central planning could be effective and workable in the 1980s.