Godzilla, or Gojira, has been one of the most enduring and iconic kaiju (Japanese giant monsters) in popular culture. Undoubtedly, the monster created from the nuclear bomb blast has captured the imagination of people around the world.

The film was directed by Ishirō Honda, with special effects by Eiji Tsuburaya. It stars Akira Takarada, Momoko Kōchi, Akihiko Hirata, and Takashi Shimura, with Haruo Nakajima and Katsumi Tezuka as Godzilla.

In the film, Japan’s authorities deal with the sudden appearance of a giant monster, whose attacks trigger fears of nuclear holocaust during post-war Japan.

Tsuburaya originally proposed for a giant octopus before the filmmakers decided on a dinosaur-inspired creature. Godzilla pioneered a form of special effects called suitmation, in which a stunt performer wearing a suit interacts with miniature sets. Principal photography ran 51 days, and special effects photography ran 71 days.

The film was released in 1954 and initially received mixed reviews but received reappraise in later years. In 1956, a heavily re-edited “Americanized” version, titled Godzilla, King of the Monsters! was released in the United States.

The film spawned a multimedia franchise, being recognized by Guinness World Records as the longest-running film franchise in history. The character Godzilla has since become an international pop culture icon. 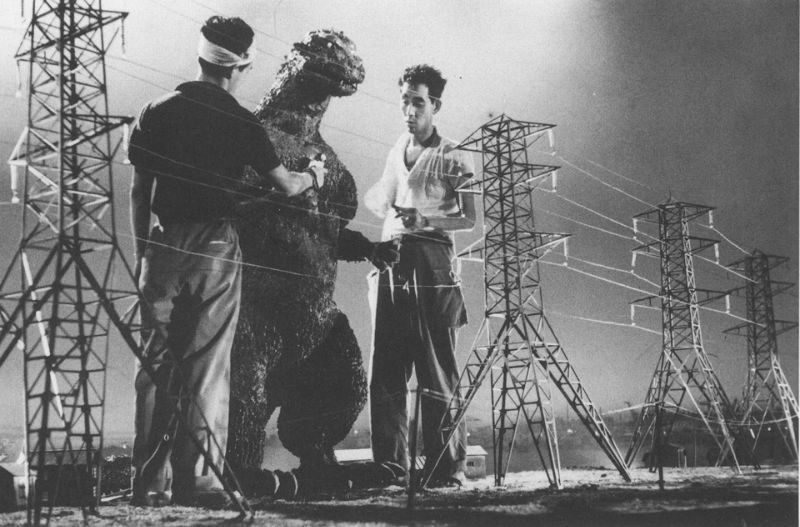 Godzilla was designed by Teizō Toshimitsu and Akira Watanabe under Eiji Tsuburaya’s supervision. Early on, Tanaka contemplated having the monster be gorilla-like or whale-like in design, due to the name “Gojira” (a combination of the Japanese words for “gorilla”, gorira, and “whale”, kujira), but eventually settled on a dinosaur-like design.

Kazuyoshi Abe was hired earlier to design Godzilla but his ideas were later rejected due to Godzilla looking too humanoid and mammalian, with a head shaped like a mushroom cloud; however, Abe was retained to help draw the film’s storyboards.

Toshimitsu and Watanabe decided to base Godzilla’s design on dinosaurs and, by using dinosaur books and magazines as a reference, combined elements of a Tyrannosaurus, Iguanodon, and the dorsal fins of a Stegosaurus.

Despite wanting to have utilized stop motion animation, Tsuburaya reluctantly settled on suitmation, Toshimitsu sculpted three clay models on which the suit would be based. The first two were rejected but the third was finally approved. 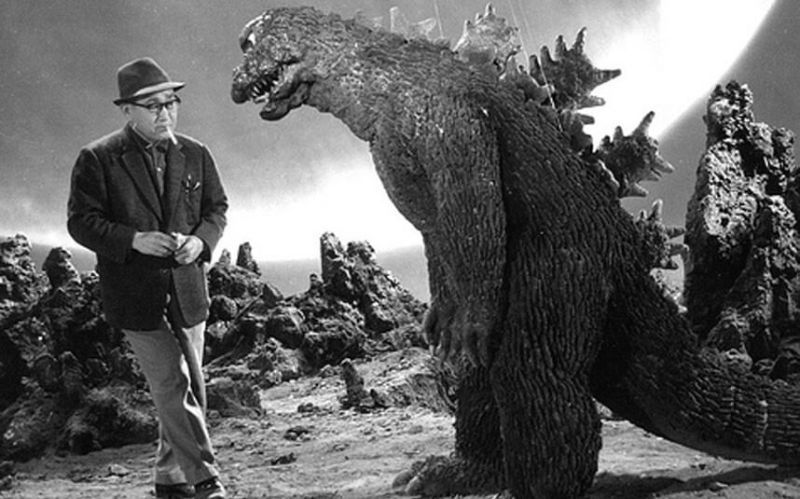 The Godzilla suit was constructed by Kanju Yagi, Yasuei Yagi, and Eizo Kaimai, who used thin bamboo sticks and wire to build a frame for the interior of the suit and added metal mesh and cushioning over it to bolster its structure, and finally applied coats of latex.

Coats of molten rubber were additionally applied, followed by carved indentations and strips of latex glued onto the surface of the suit to create Godzilla’s scaly hide.

This first version of the suit weighed 100 kilograms (220 pounds). For close-ups, Toshimitsu created a smaller scale, mechanical, hand-operated puppet that sprayed streams of mist from its mouth to act as Godzilla’s atomic breath. 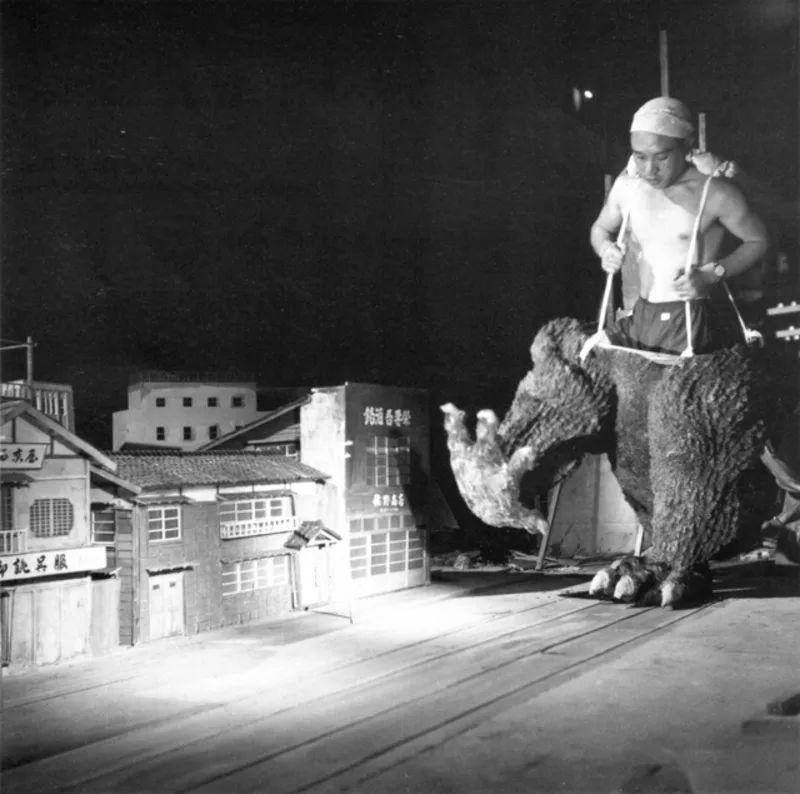 In the film, Godzilla symbolizes nuclear holocaust from Japan’s perspective and has since been culturally identified as a strong metaphor for nuclear weapons.

Producer Tomoyuki Tanaka stated that, “The theme of the film, from the beginning, was the terror of the bomb. Mankind had created the bomb, and now nature was going to take revenge on mankind.”

Director Ishirō Honda filmed Godzilla’s Tokyo rampage to mirror the atomic bombings of Hiroshima and Nagasaki, stating, “If Godzilla had been a dinosaur or some other animal, he would have been killed by just one cannonball. But if he were equal to an atomic bomb, we wouldn’t know what to do. So, I took the characteristics of an atomic bomb and applied them to Godzilla.” 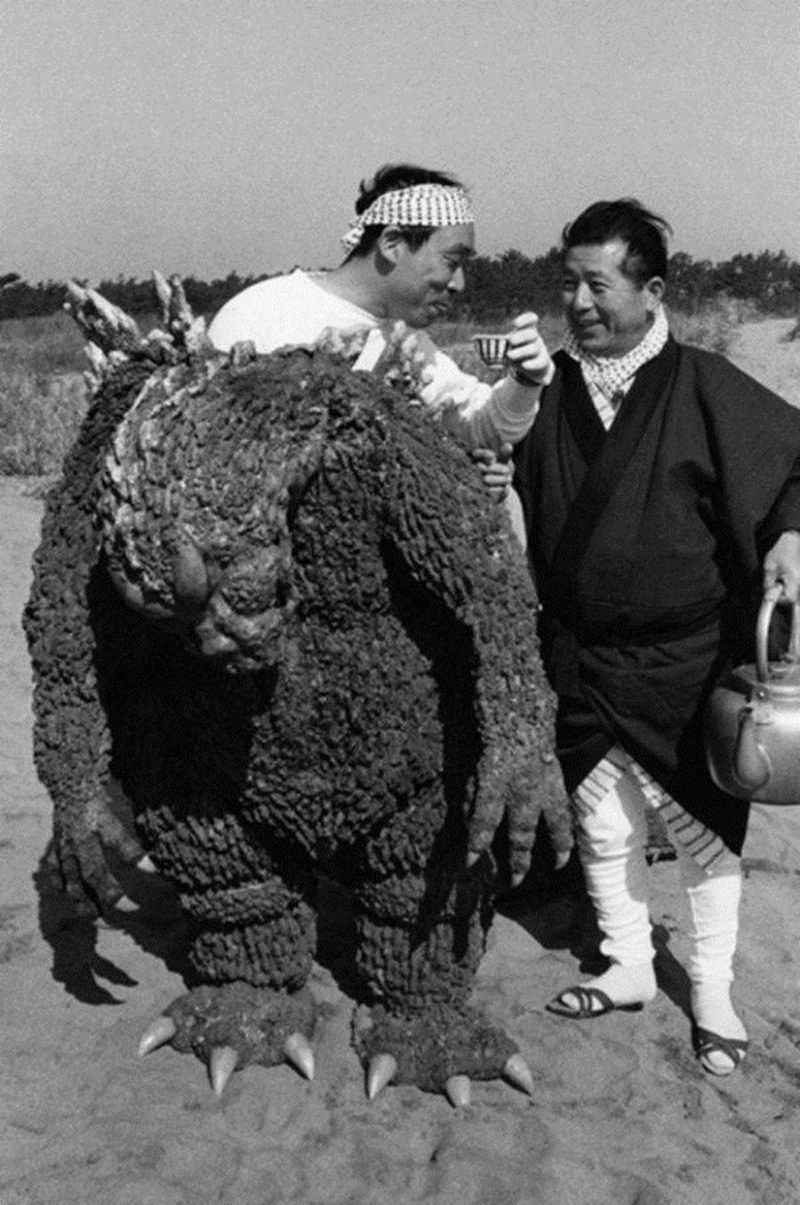 On March 1, 1954, just a few months before the film was made, the Japanese fishing vessel Daigo Fukuryū Maru (“Lucky Dragon No. 5”) had been showered with radioactive fallout from the U.S. military’s 15-megaton “Castle Bravo” hydrogen bomb test at nearby Bikini Atoll.

The boat’s catch was contaminated, spurring a panic in Japan about the safety of eating fish, and the crew was sickened, with one crew member eventually dying from radiation sickness.

This event led to the emergence of a large and enduring anti-nuclear movement that gathered 30 million signatures on an anti-nuclear petition by August 1955 and eventually became institutionalized as the Japan Council against Atomic and Hydrogen Bombs.

The film’s opening scene of Godzilla destroying a Japanese vessel is a direct reference to these events and had a strong impact on Japanese viewers with this recent event still fresh in the mind of the public. 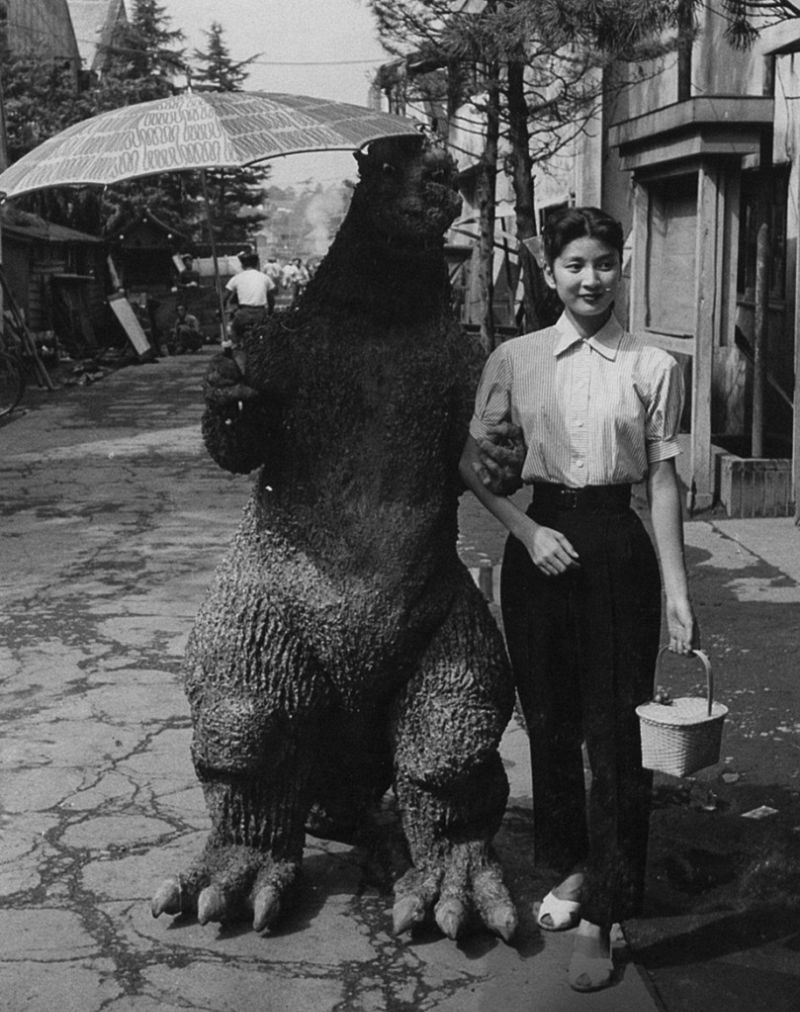 Academics Anne Allison, Thomas Schnellbächer, and Steve Ryfle have said that Godzilla contains political and cultural undertones that can be attributed to what the Japanese had experienced in World War II and that Japanese audiences were able to connect emotionally to the monster.

They theorized that these viewers saw Godzilla as a victim and felt that the creature’s backstory reminded them of their experiences in World War II.

These academics have also claimed that as the atomic bomb testing that woke Godzilla was carried out by the United States, the film in a way can be seen to blame the United States for the problems and struggles that Japan experienced after World War II had ended.

They also felt that the film could have served as a cultural coping method to help the people of Japan move on from the events of the war. 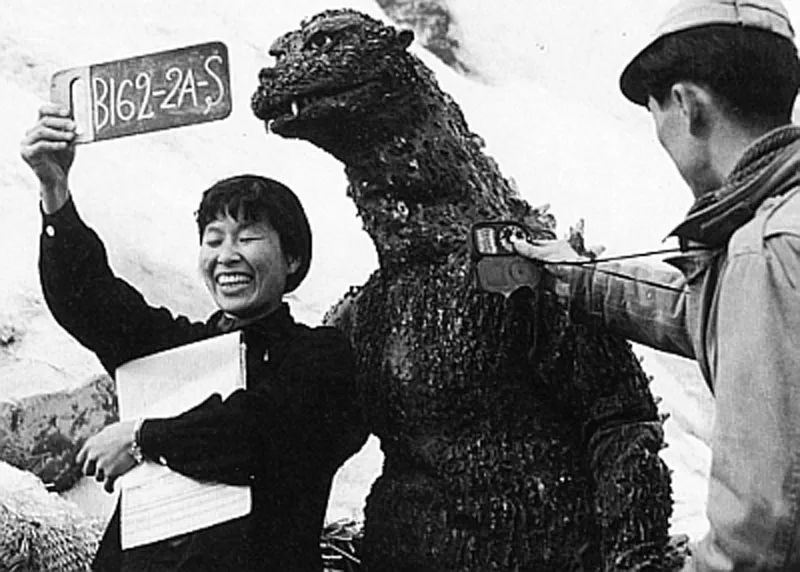 Brian Merchant from Motherboard called the film “a bleak, powerful metaphor for nuclear power that still endures today” and on its themes, he stated: “It’s an unflinchingly bleak, deceptively powerful film about coping with and taking responsibility for incomprehensible, manmade tragedy. Specifically, nuclear tragedies. It’s arguably the best window into post-war attitudes towards nuclear power we’ve got—as seen from the perspective of its greatest victims.”

Terrence Rafferty from The New York Times said Godzilla was “an obvious gigantic, unsubtle, grimly purposeful metaphor for the atomic bomb” and felt the film was “extraordinarily solemn, full of earnest discussions”. 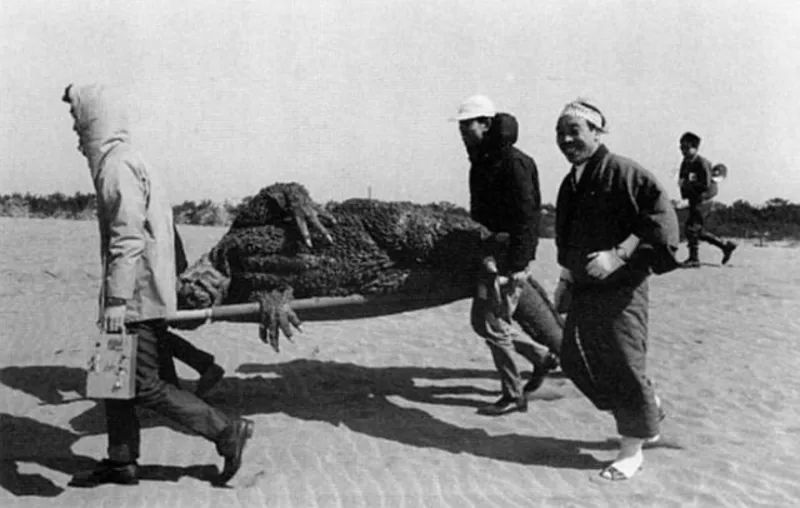 The film spawned a multimedia franchise consisting of 36 films in total, video games, books, comics, toys and other media.

The Godzilla franchise has been recognized by Guinness World Records as being the longest-running film franchise in history.

The 1954 film and its special effects director Eiji Tsuburaya have been largely credited for establishing the template for tokusatsu, a technique of practical special effects filmmaking that would become essential in Japan’s film industry after the release of Godzilla.

Steven Spielberg cited Godzilla as an inspiration for Jurassic Park (1993), specifically Godzilla, King of the Monsters! (1956), which he grew up watching. 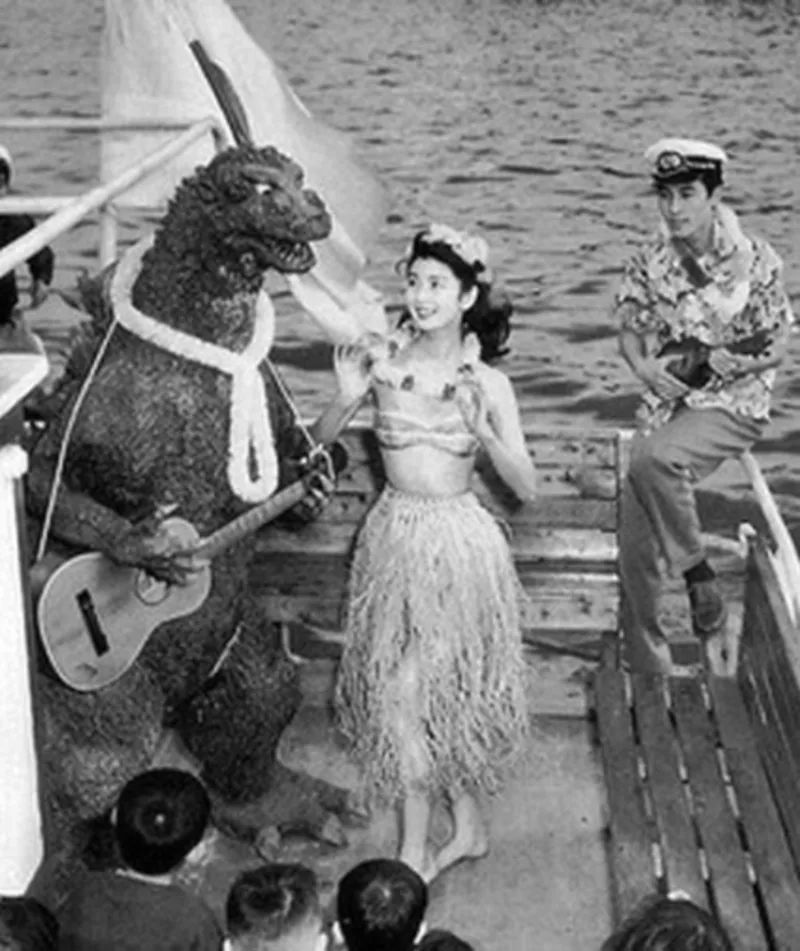 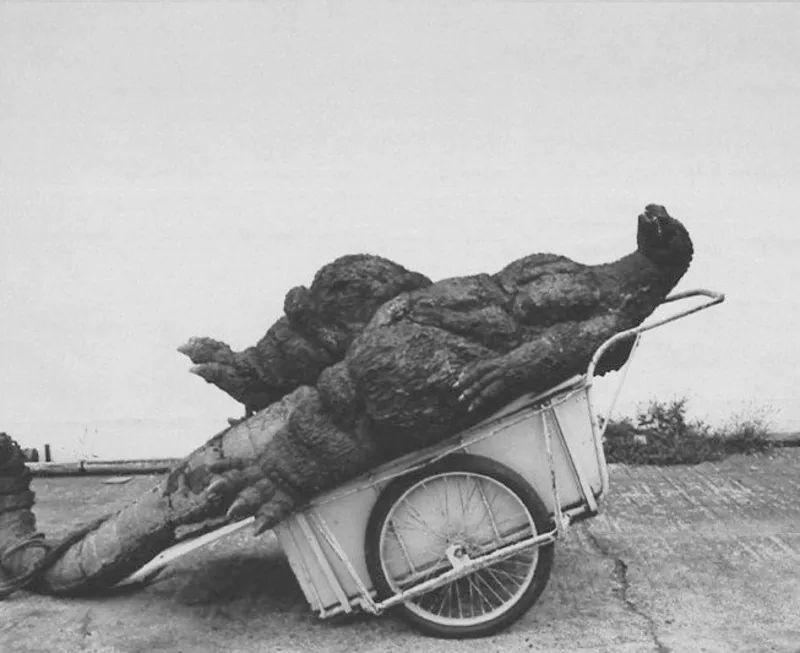 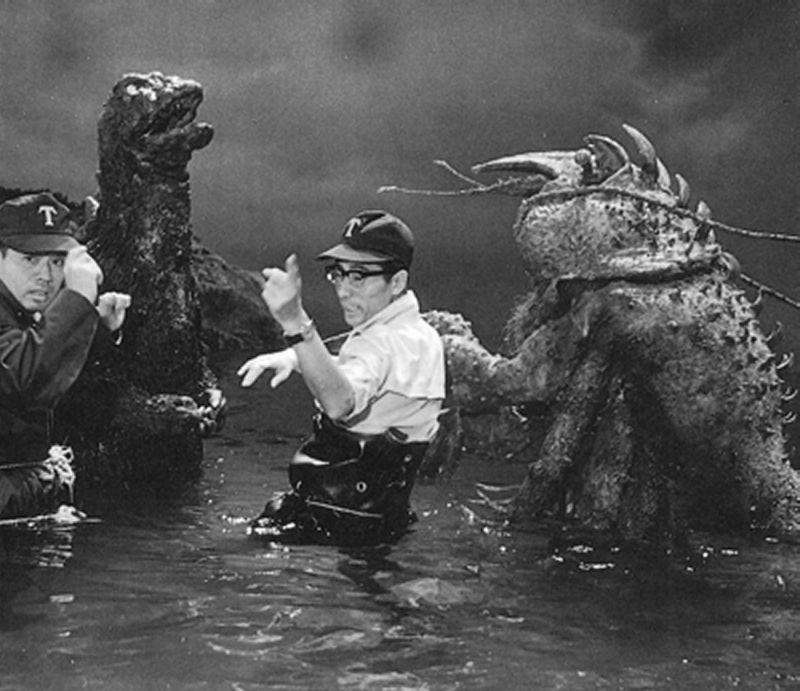 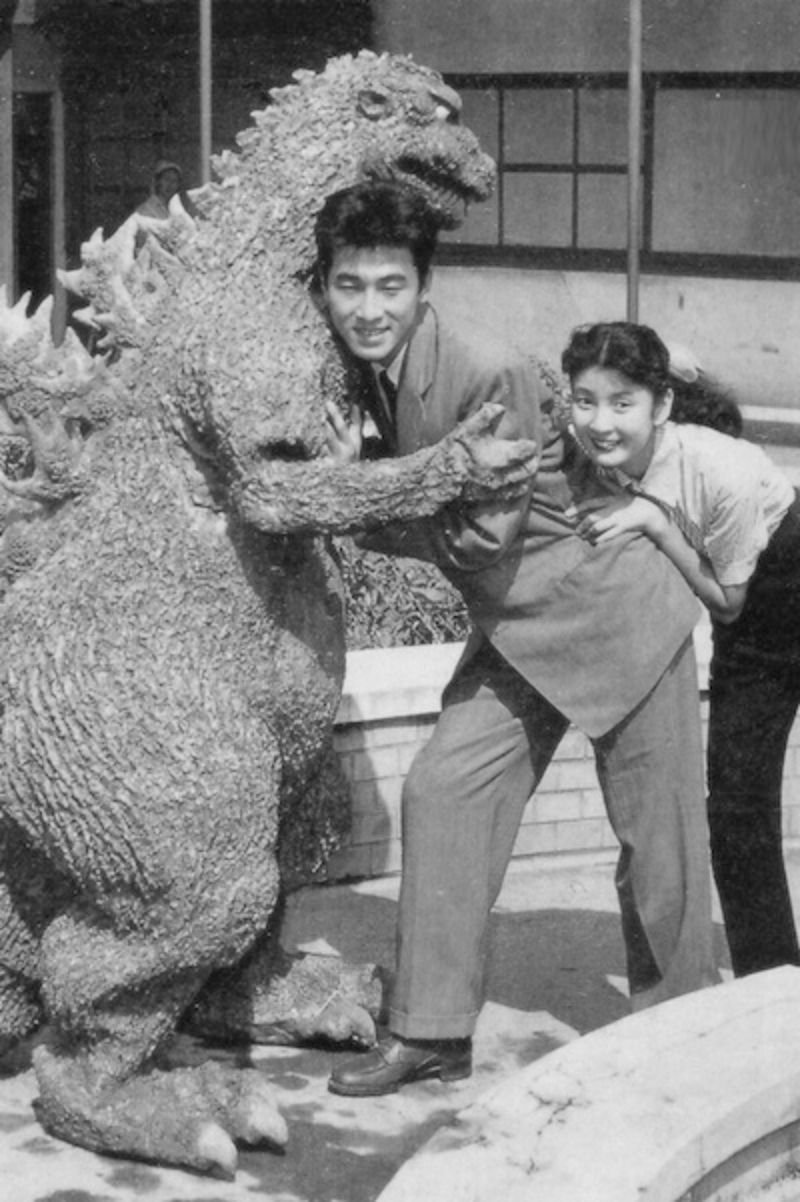 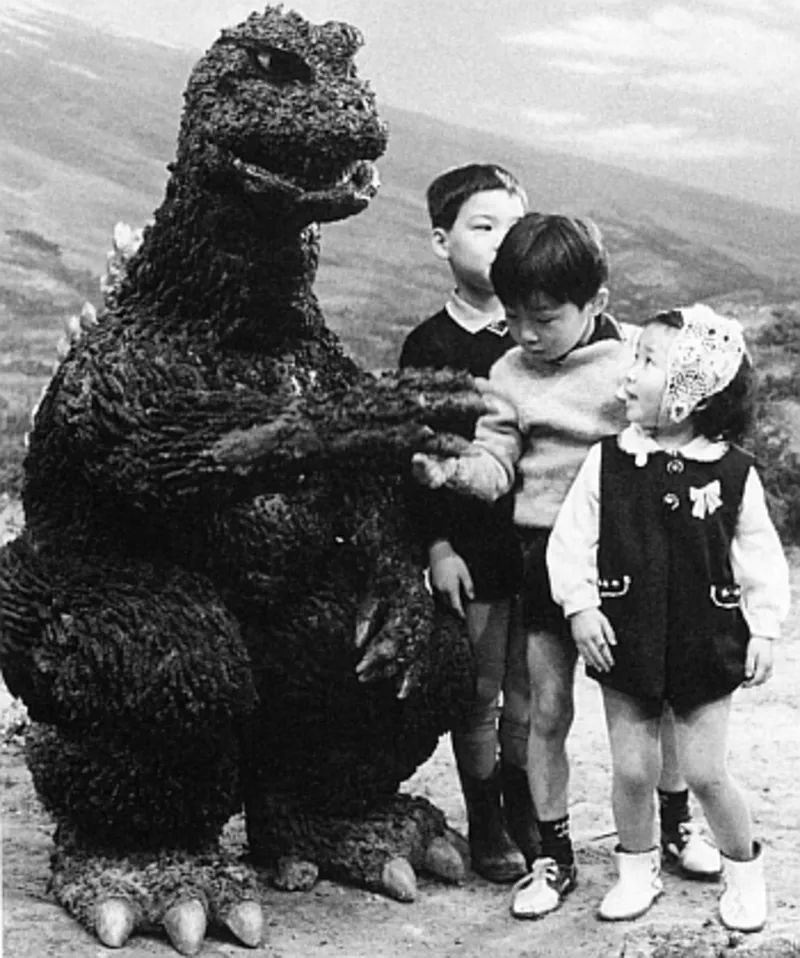 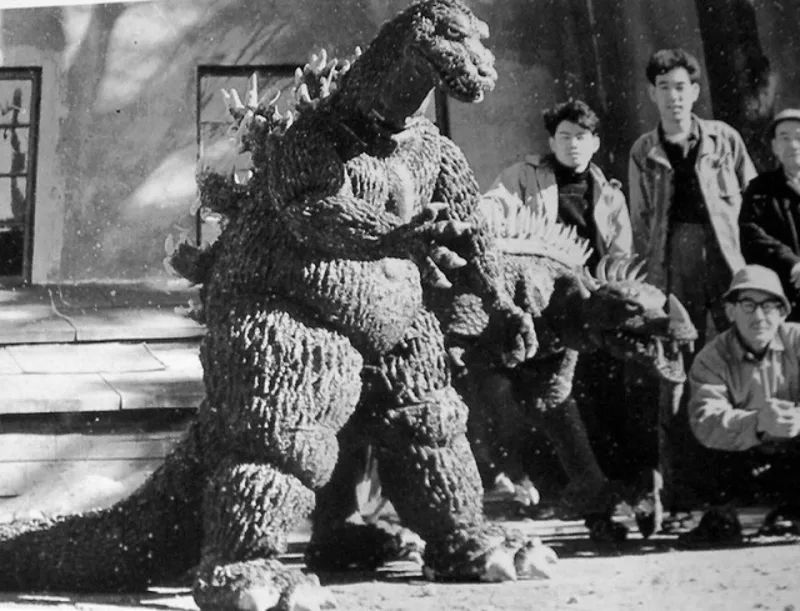 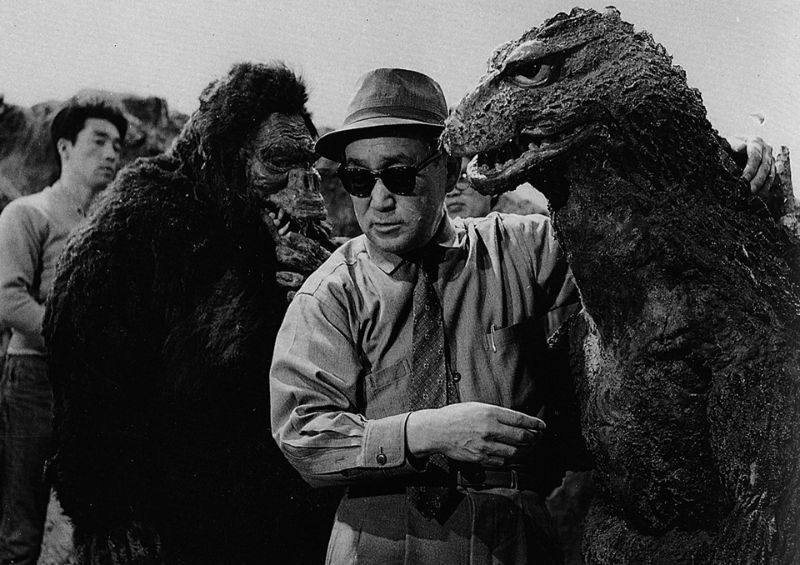 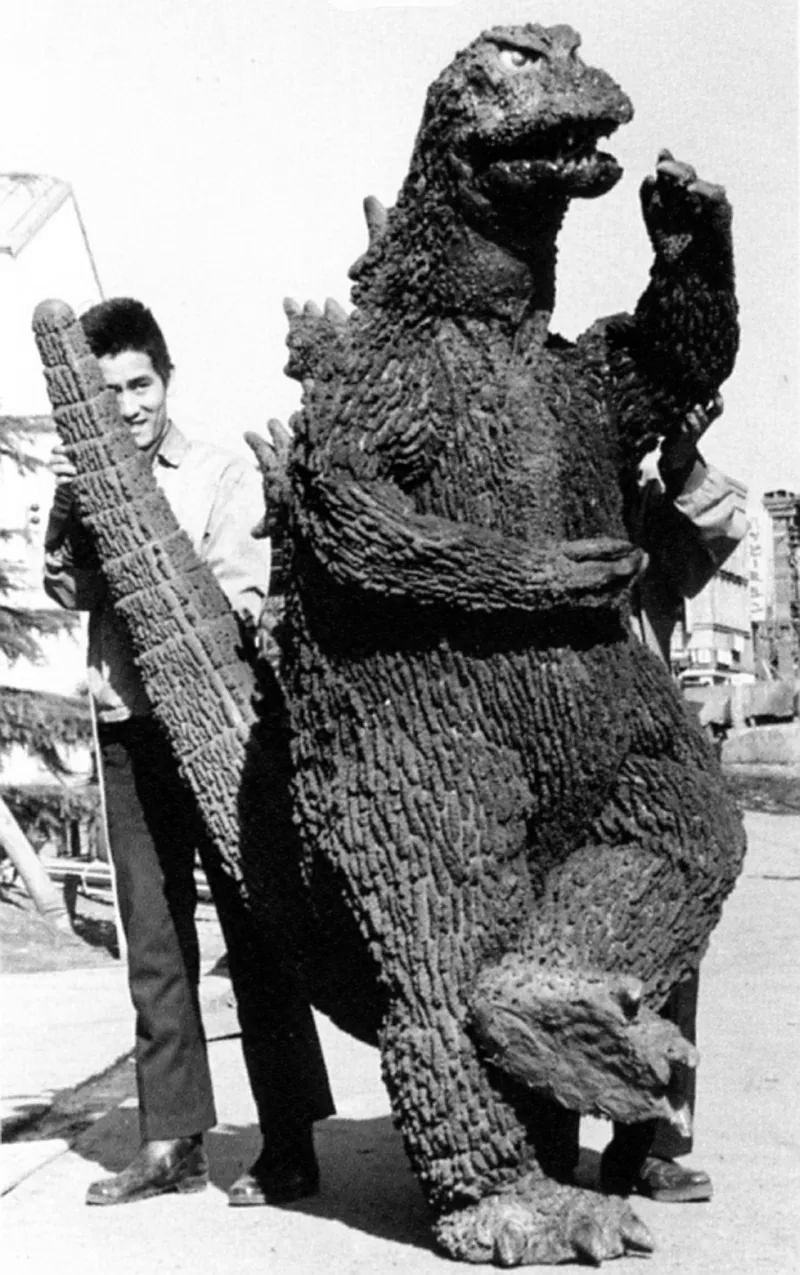 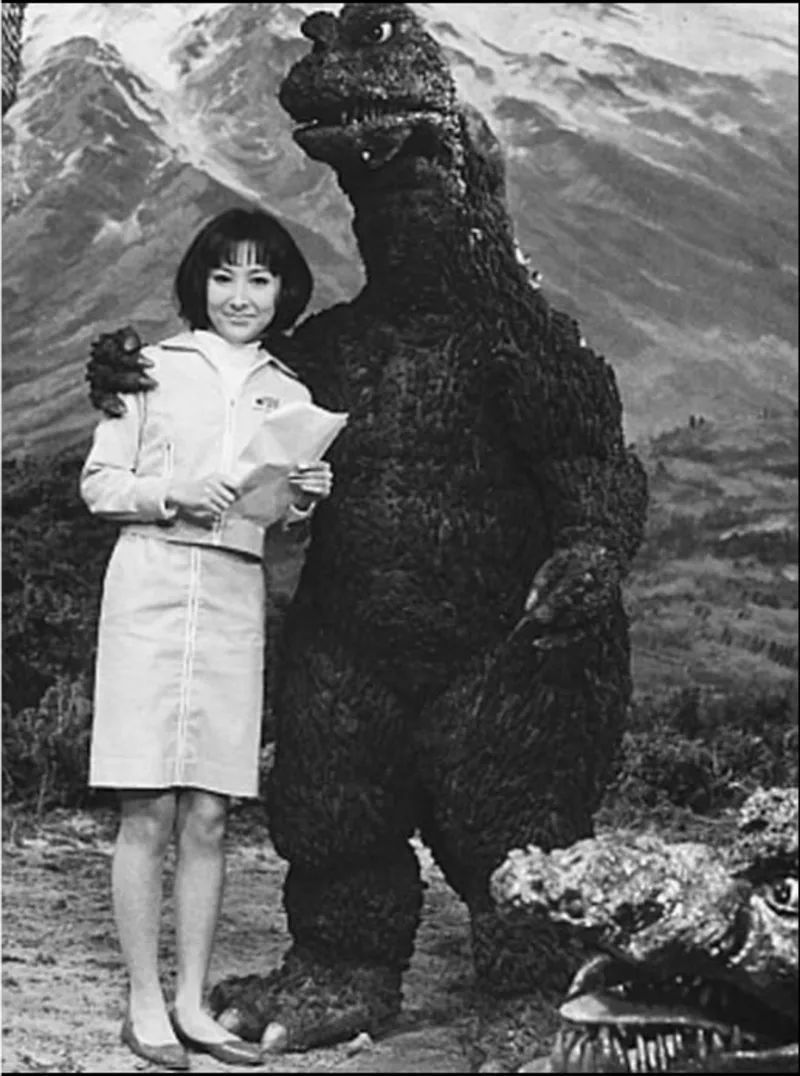 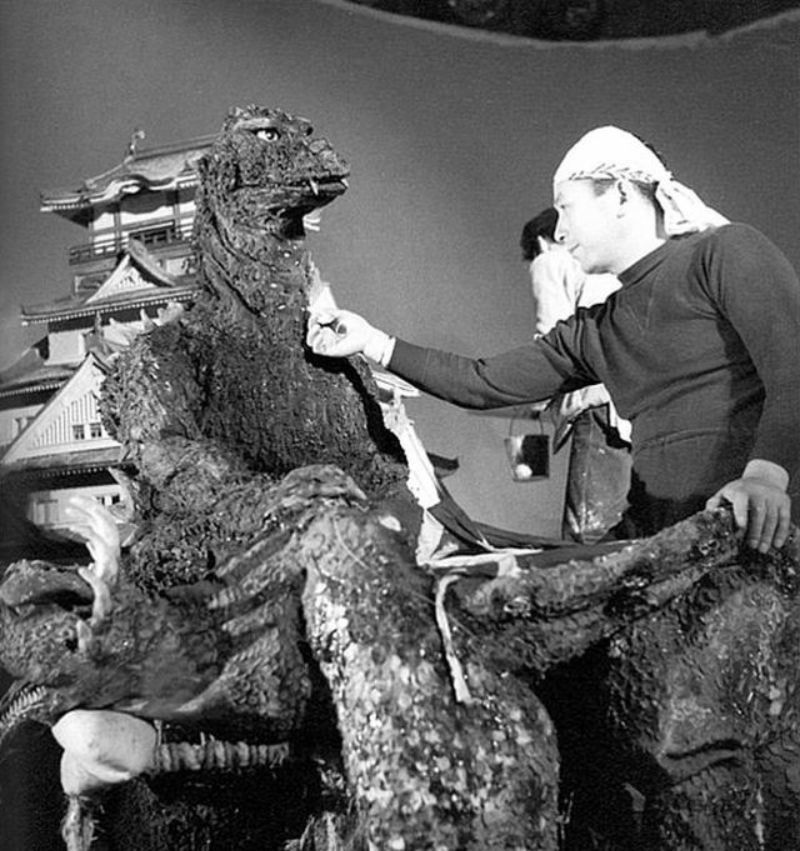 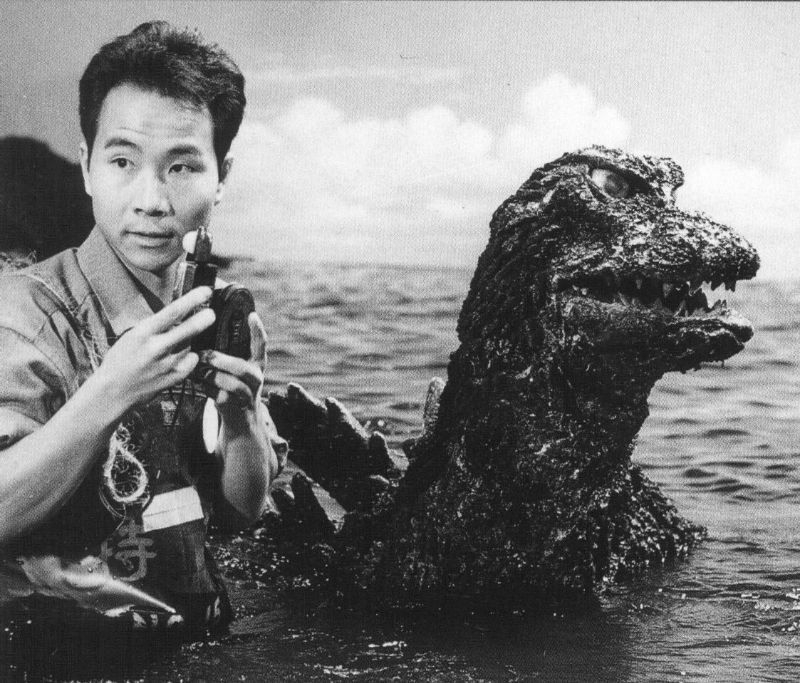 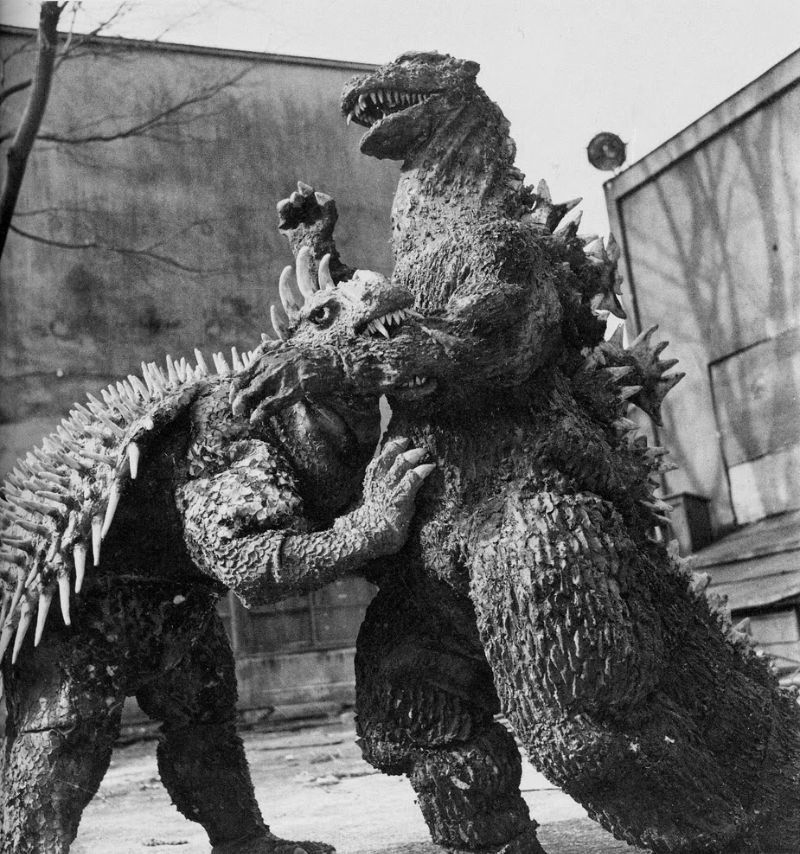 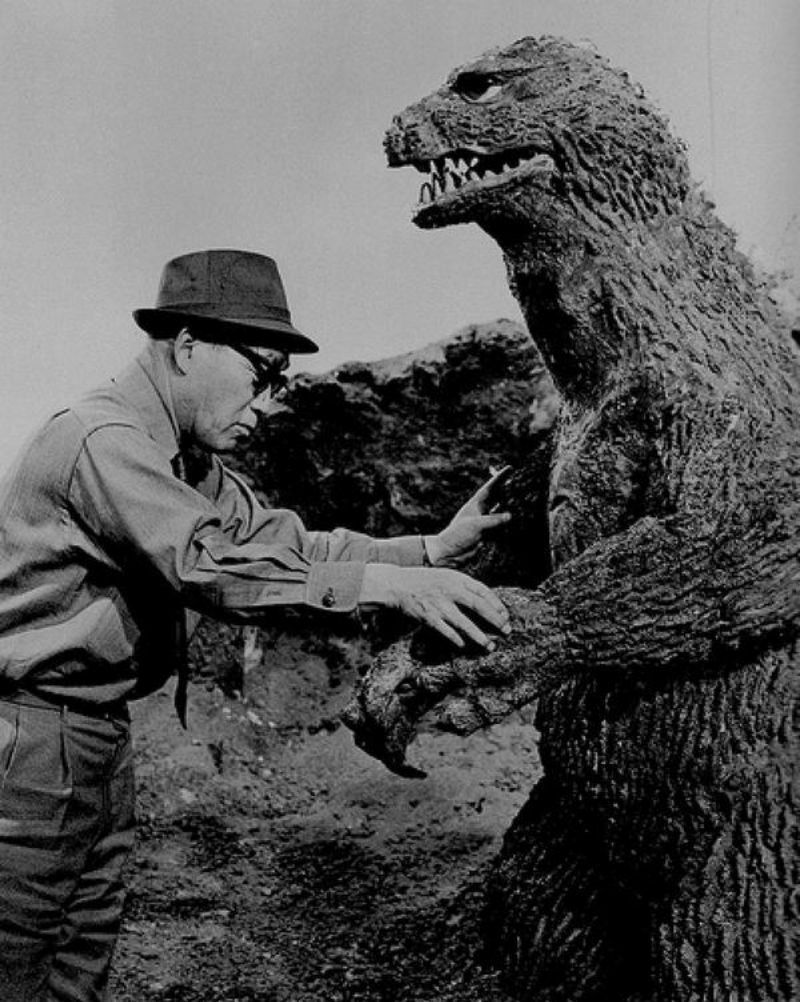 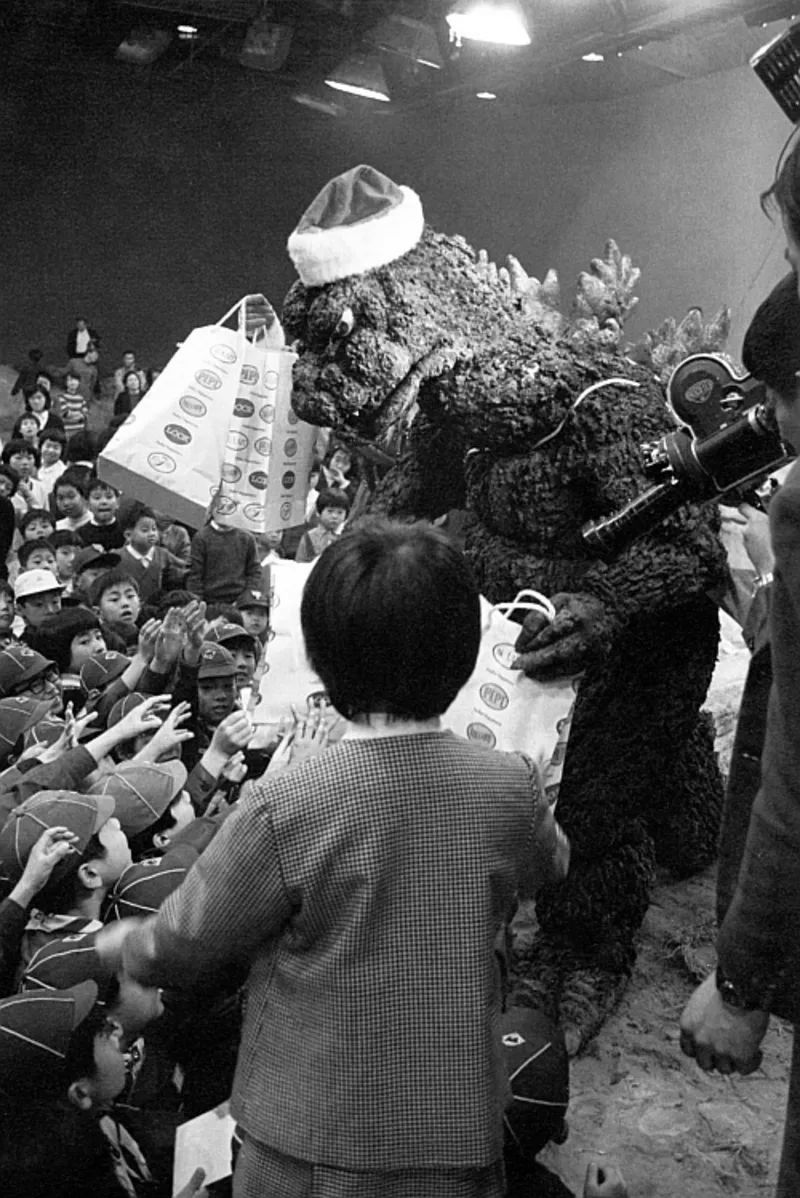 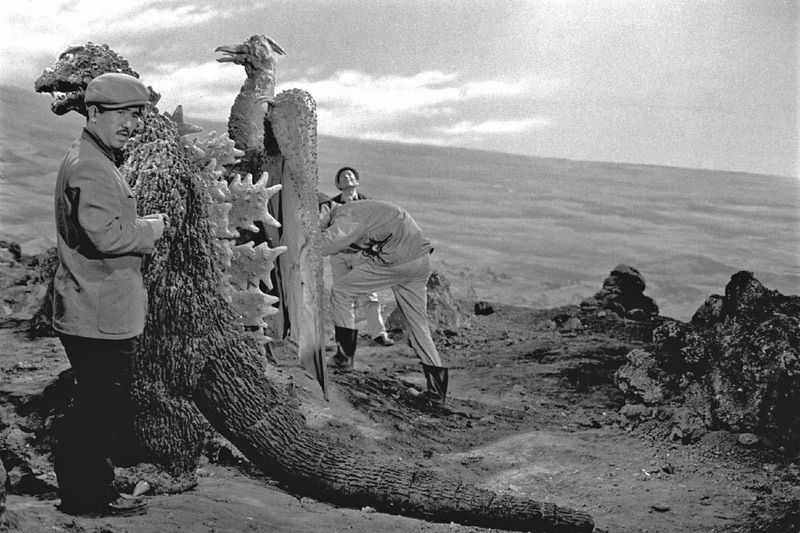 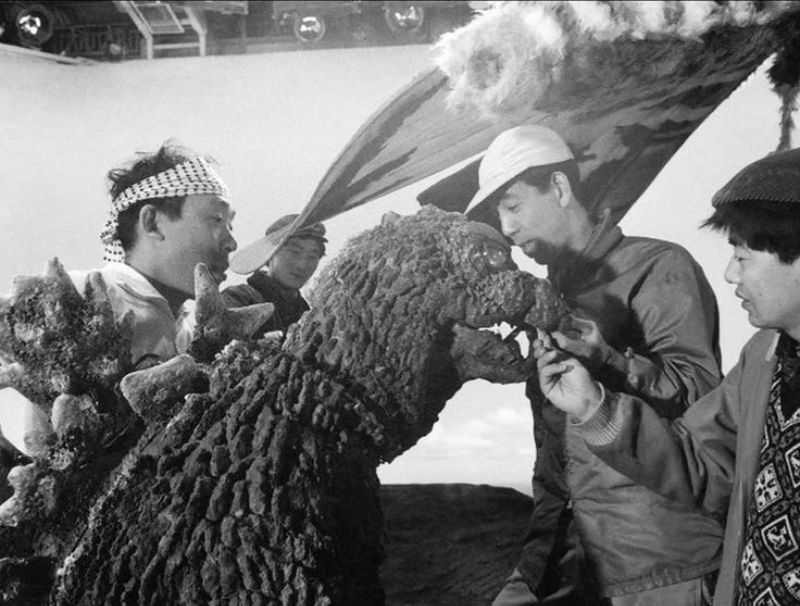 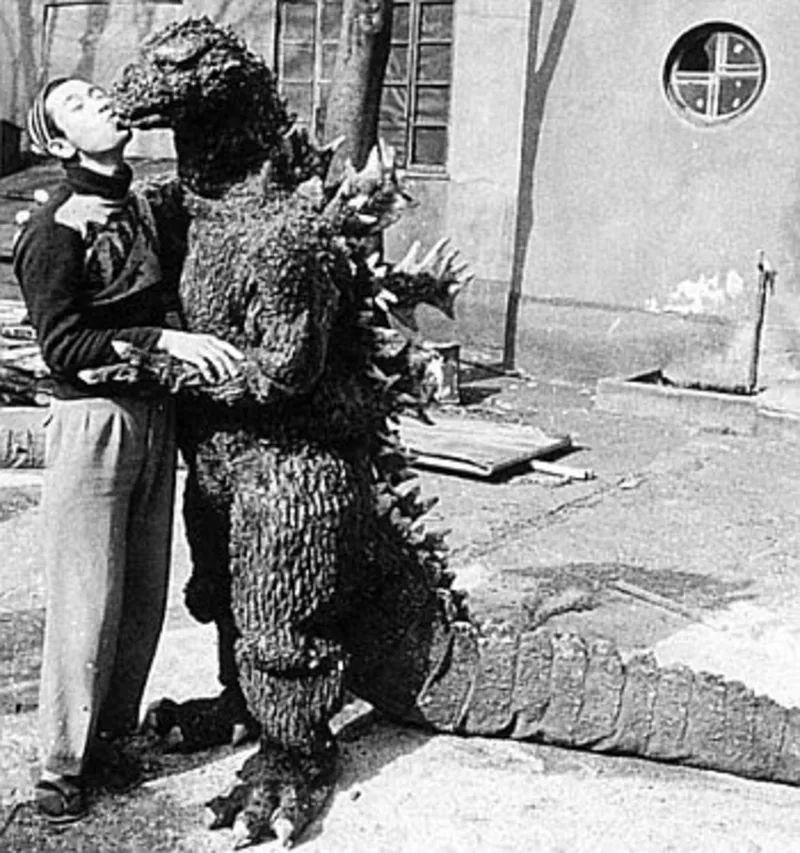 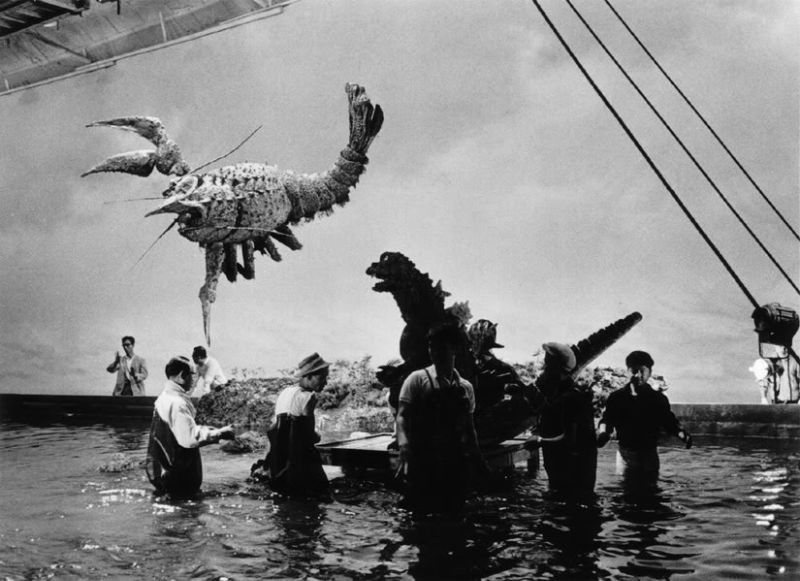 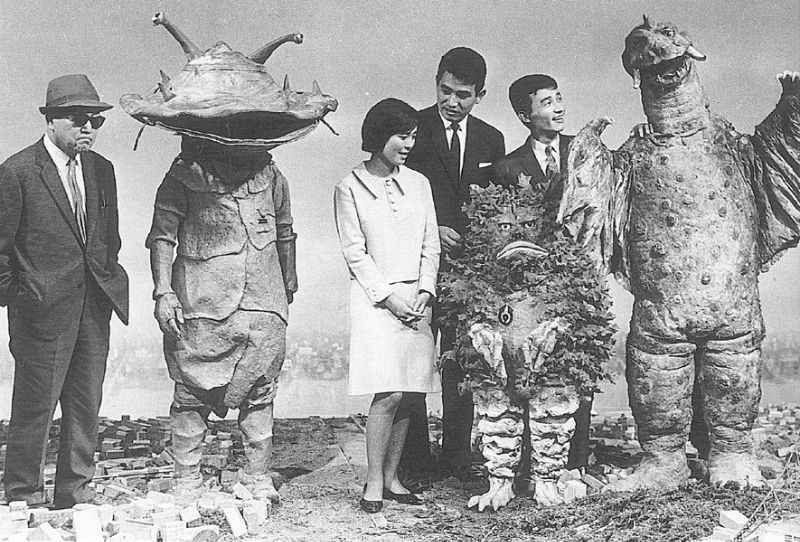 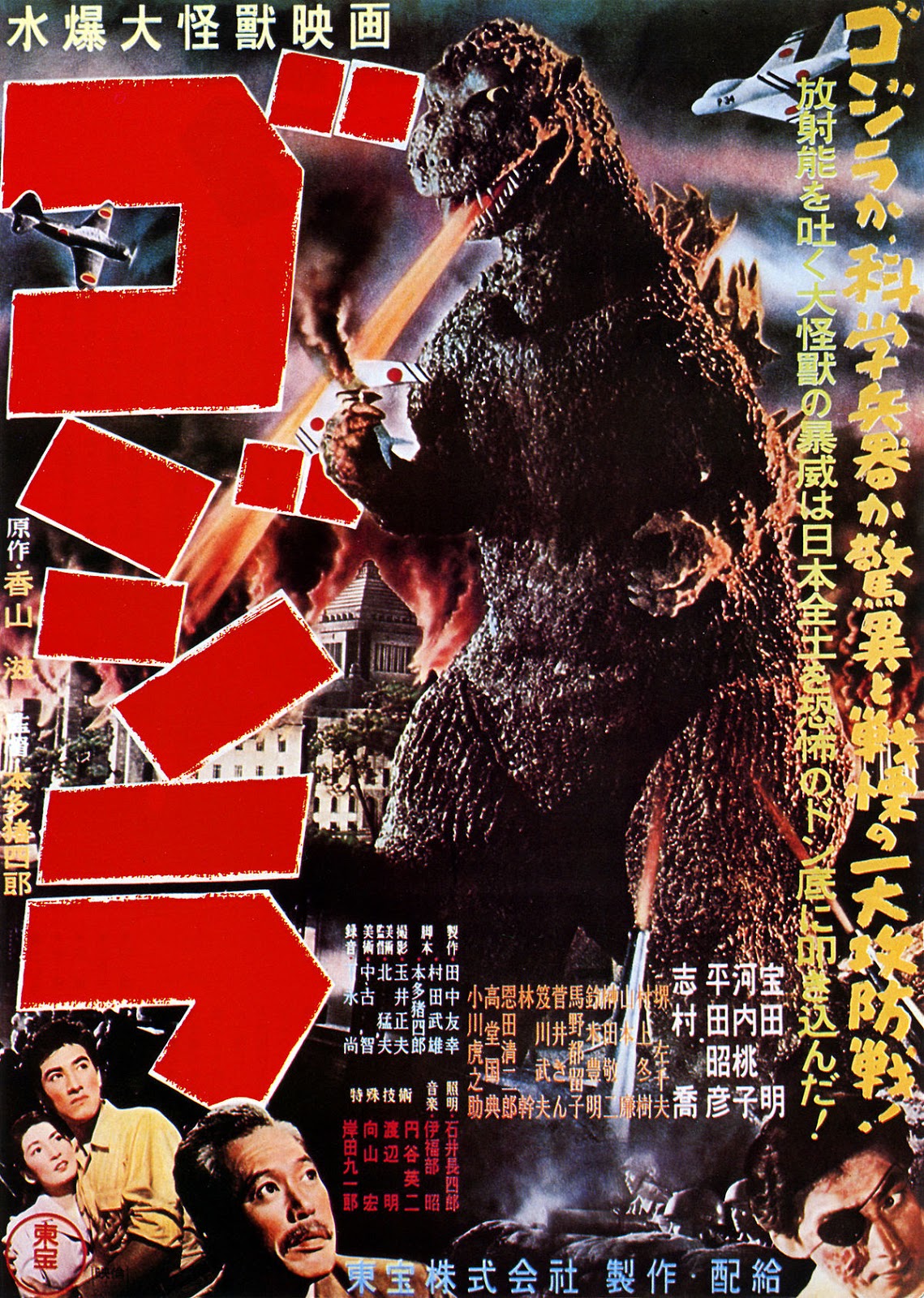