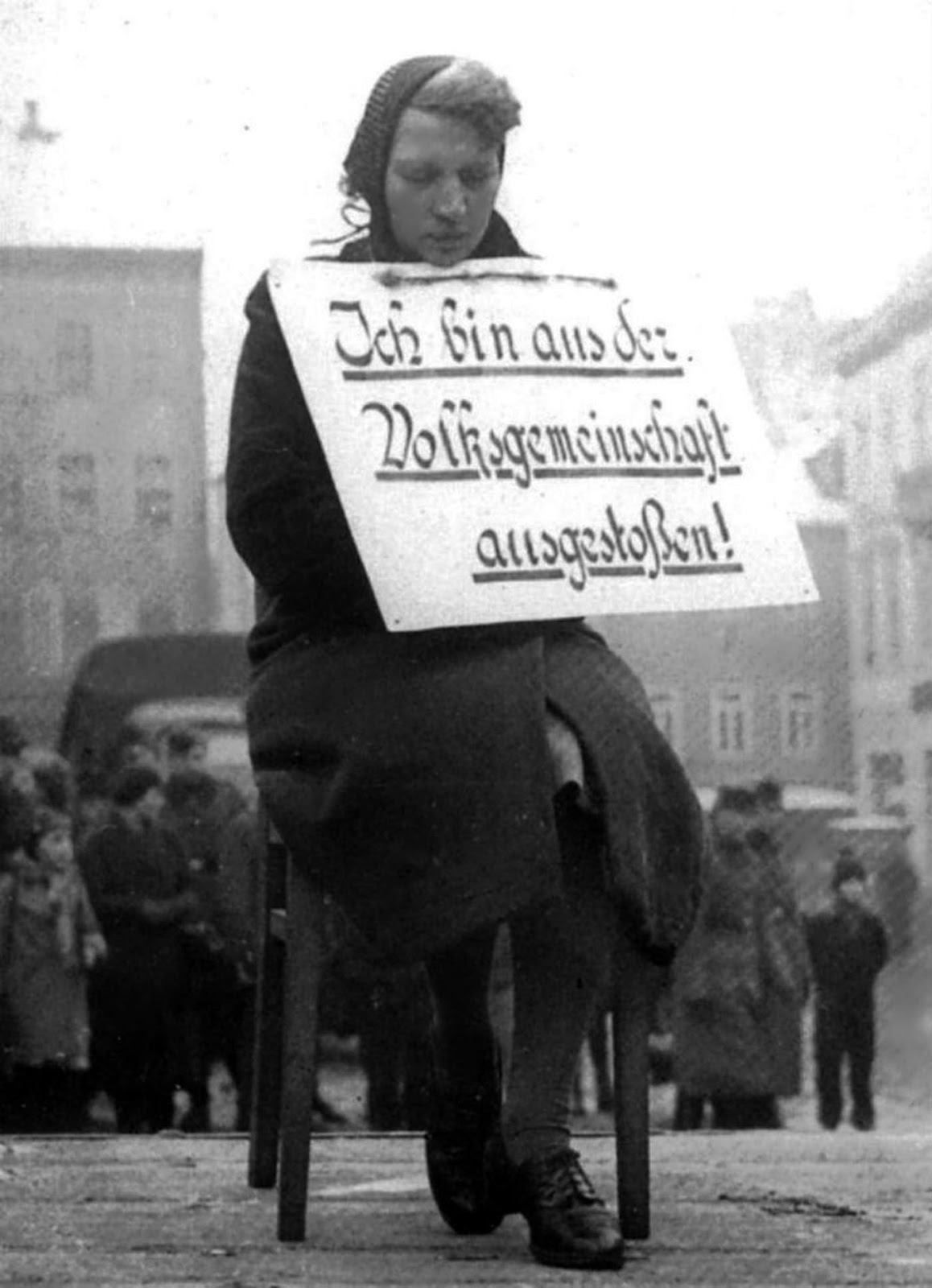 Women accused of racial defilement were publicly humiliated by being paraded through the streets with placards around their necks proclaiming their crime.

German racial laws were strictly enforced and sexual relationships between Germans and Poles were illegal. The placard around her neck reads: “Ich bin aus der Volksgemeinschaft ausgestoßen!” (English: “I am expelled from the People’s Community!”). Picture taken in Altenburg, Thuringia, Germany. 7 February 1942.

The Nazis issued the Polish decrees on 8 March 1940 which regulated the working and living conditions of Polish laborers (Zivilarbeiter) used during World War II in Germany.

The decrees set out that any Pole “who has sexual relations with a German man or woman, or approaches them in any other improper manner, will be punished by death”. The Gestapo was extremely vigilant about sexual relations between Germans and Poles and pursued any case relentlessly where this was suspected.

Persons suspected of having sexual relations with non-Aryans were charged with Rassenschande (racial defilement) and tried in the regular courts. Evidence provided to the Gestapo for such cases was largely provided by ordinary citizens such as neighbors, co-workers, or other informants. P

ersons accused of race defilement were publicly humiliated by being paraded through the streets with a placard around their necks detailing their crime. Those convicted were typically sentenced to prison terms, and (subsequent to 8 March 1938) upon completing their sentences were re-arrested by the Gestapo and sent to Nazi concentration camps.

As the law did not permit capital punishment for racial defilement, special courts were convened to allow the death penalty for some cases. According to an article in Der Spiegel, between 1936 and 1943 the Nazis accused 1,580 persons of race defilement with 429 of them being convicted.